In the studio with Jordan Derrien.

In the studio with Jordan Derrien.

AL: I’d like to start from the very beginning! Where did you grow up? When do you think you first became interested in art, and can you remember any early influences?

JD: I grew up in a small village near Caen, Normandy. My first encounter with art happened quite late, in high-school when I started developing my own film in the darkroom. The process was new to me, although my dad and grandfather always carried a camera with them during my childhood. This sparked my interest, and I began going to evening courses on Art History. This way Brouwn series by the artist Stanley Brouwn struck me. I acknowledged for the first time that art should not be taken at face value, that there is depth beyond the surface and concepts within.

AL: It’s interesting that you mention photography as an early interest, as your work feels centered around the act of seeing or looking, a principle which inherently defines the medium.

JD: Yes, the irony is that most of my work shows surfaces that hide, conceal or protect. There is often nothing to see, so to speak. It is always at an intersection, an in-between position that contains more than it delivers. The work bounces back onto the space/audience.

For the exhibition at V.O Curations, there are two actions occurring in the gallery. There is obstruction (blocked or hidden surfaces) and removal (erasure of content).

AL: It’s like you’re emphasizing the importance of looking or seeing beyond or beneath the surface.

JD: To me, the emphasis is more about looking at surfaces that aren’t responsive, or that don't engage in the way it usually does. It contains but it doesn’t matter what it contains or what is behind or beneath the surface. South Molton Lane is a good example. It is a back street in central London where the façades and windows do not show their inside. This creates a situation which is unique considering the location.

AL: Why do you think it’s important to look at surfaces that act in this way?

JD: I'm interested in revisiting our way of looking. We always compare painting to being an open window onto the world. What if the window is shut? Those surfaces create a space to look at things differently. It's about reversing the functionality/necessity of one's self expression.

AL: You mentioned an “in-between” position earlier. Your show Bushels of Goodness and Warmth, up now at V.O Curations, explores this concept in that it’s centered on window-like forms - panels, slats, etc. Windows are liminal spaces, existing in-between interior and exterior (literally), ignorance and knowledge (figuratively). Can you speak a bit about your process for and experience with creating this body of work and the importance, to you, of the window?

JD: The work I developed at V.O Curations includes oil paintings, wood canvases, and aluminum casting. The starting point was a French novel written in 1957 by Alain Robbe-Grillet called La Jalousie. Its title refers not only to the feeling of being left-out, but also to a certain kind of window that allows you to see without being seen.

The ‘story’ is being told from the narrator’s house, and beside the basic and mediocre plot of a man spying on his wife, nothing happens. It is actually very boring and quite descriptive which makes you feel you are reading a movie, or a script.

What interested me was the attention given to objects and domestic features, for example the importance of the veranda, another liminal space. I liked how the structure of the text becomes the ‘story’ itself. The chronology being absent, all the scenes are constructed on a loop. Although repetitive, the ambiguity is that nothing is identical. What struck me was how the window becomes the structure, the vector and the frame of the novel. Everything comes and goes by/through it.

AL: It’s fascinating to me that this body of work is your response to a piece of literature. You’ve created your own visual language which both illustrates and expands upon 65-year-old language and text. Do you typically work from literature? Or, what are your thoughts on the importance of literature (and history) in regards to visual art?

JD: Yes literature is an important element of my work, it is often where the work starts. Reading is a place where ideas and feelings can echo. It gives a different depth and time to things. I like giving a context to where I am and reading is a good place to start embracing what is around, and how one element is existing and interacting with everything else that happened, happens and will happen. La Jalousie is a special one though, it has been following me for almost 10 years now.

What I discovered later, was that the author, interestingly, was very much read and followed by painters, especially in the US. Jasper Johns and Robert Rauschenberg, to mention just a few, were actually close to him and they worked together. Robbe-Grillet was very much interested in how image and text could dialogue together. In fact, when he turned 50, he started to paint. I recently went to see his work at IMEC (Institut Mémoires de l'édition contemporaine) in Caen. It's interesting, especially in regards to the novels and movies he made.

AL: Your work feels centered around similar postmodern theories as Jasper Johns’. Ideas about the distinction between an object and its representation (In Johns’ case, for example, ‘Is this a flag or a painting of a flag?’) or whether a distinction between the two even exists at all (‘can it be both?’). Do you think about semiotics and postmodernism in regards to your work? Baudrillard’s theory of hyperreality also comes to mind.

JD: Johns’ work is important for sure, I actually developed a whole body of work around one of his gray paintings, Drawer, from 1957, the same year Robbe-Grillet wrote La Jalousie. It's all about representation/presentation. Mentioning Baudrillard’s theory of hyperreality is very accurate. It makes me think of Pulcinella, this commedia dell'arte character, that plays in and outside of the stage, interrupting the doxa of what opposes real and fictional play. Behind their black hooked mask, there is no face, which counters the traditional dialectic between the mask and the face at the core of the western theater. In a similar logic, the uncovered canvas, often located at the bottom of Johns’ work, kills any sense of abstraction/illusion, and shows the painting as it is, as an object.

AL: In terms of “painting as object,” you’ve chosen to use materials like wood, steel, and aluminum in this series. What is your relationship to - or what are your ideas in regards to - material? Materiality?

JD: The material I use in my work is picked for what it is known to do (function) or for what it can refer to (connotation). The back and forth between domesticity and painting, in place in the installation of the work, translates too in the work’s material and its medium.

For example, the black paintings that look like windows are made out of wood as you would normally expect it. I like the material for what it is or what it represents, in relation to its functionality. Trying to make a window in a different material, such as wax, doesn’t appeal to me. On the other hand, painting a window on a canvas like those purple paintings does not bother me. Here, the material in use is auto-referring to itself. Sometimes the material talks to the content (e.g: window), sometimes it is the opposite, it talks to the container/medium (e.g: canvas).

AL: Your work feels very (impressively) intentional, well researched and thought out. I’m curious what your process looks like, if any aspect of creation is left to emotion or chance.

JD: In the making, there is a lot of space for experimentation. Then it’s a matter of what is resisting after a period of time rather than what has been made, if that makes sense. I probably made the purple painting series 10 times… The color was at first empiric, in fact, I was previously using dark green or dark yellow for the acrylic studies. It’s only after that I heard the color purple originally comes from crushed shells, which I thought was interesting in relation to the novel but also to the title. Bushel, being a wooden basket, a unit of measure.

AL: So the title of the show preceded the work?

JD: Yes, I chose the title of the show 8 months before it opened, back in March. It came out from my notebook. All my work’s titles come from there, from all the notes I take when I read. They are ready-made titles. At that time I was reading Christopher Williams publications.

AL: Calling the titles ready mades is interesting. It’s like you’re granting a physicality or presence to language. Language becomes as much of a material as the steel or wood or paint that you use.

Do you do any writing of your own? Or, is writing at all a part of your process?

JD: Yes. Fiction and nonfiction. I like the temporality of it, which is very different from being in the studio. I'm actually in the process of finalizing an essay that I started in 2020, based on the feature film [SAFE] directed in 1995 by Todd Haynes. I explore some thoughts on inwardness, interiority and selfhood in the political context of the late 1980’s in Los Angeles. It will be published in print next year in French and English.

AL: What’s next for you? Any exciting plans for the year? 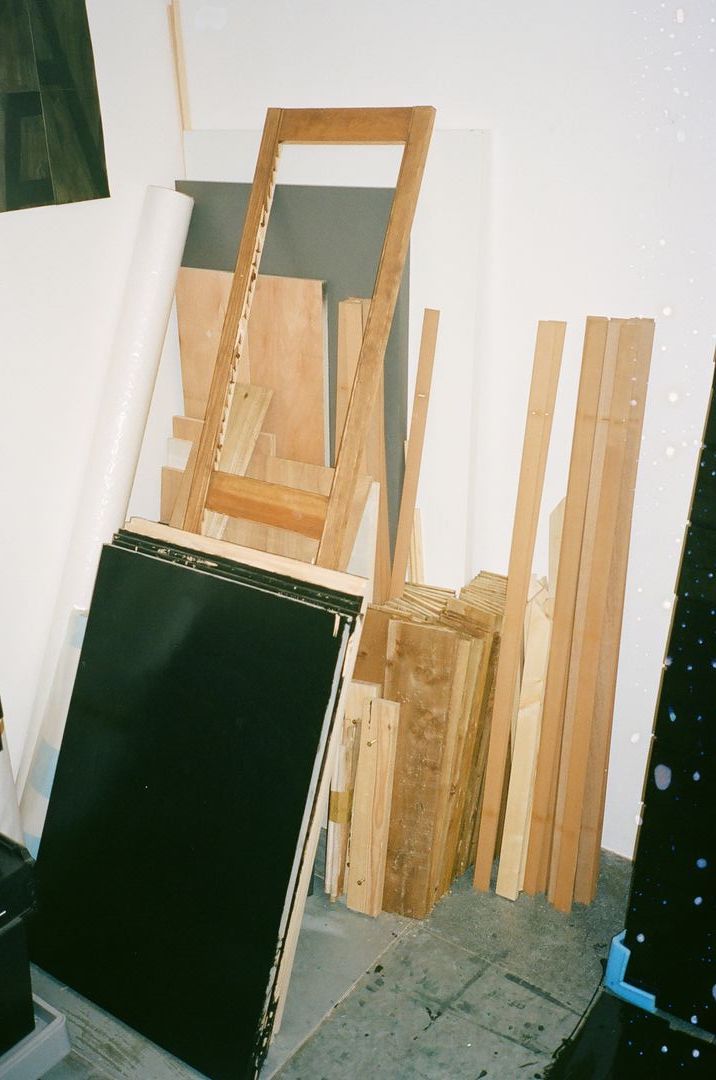 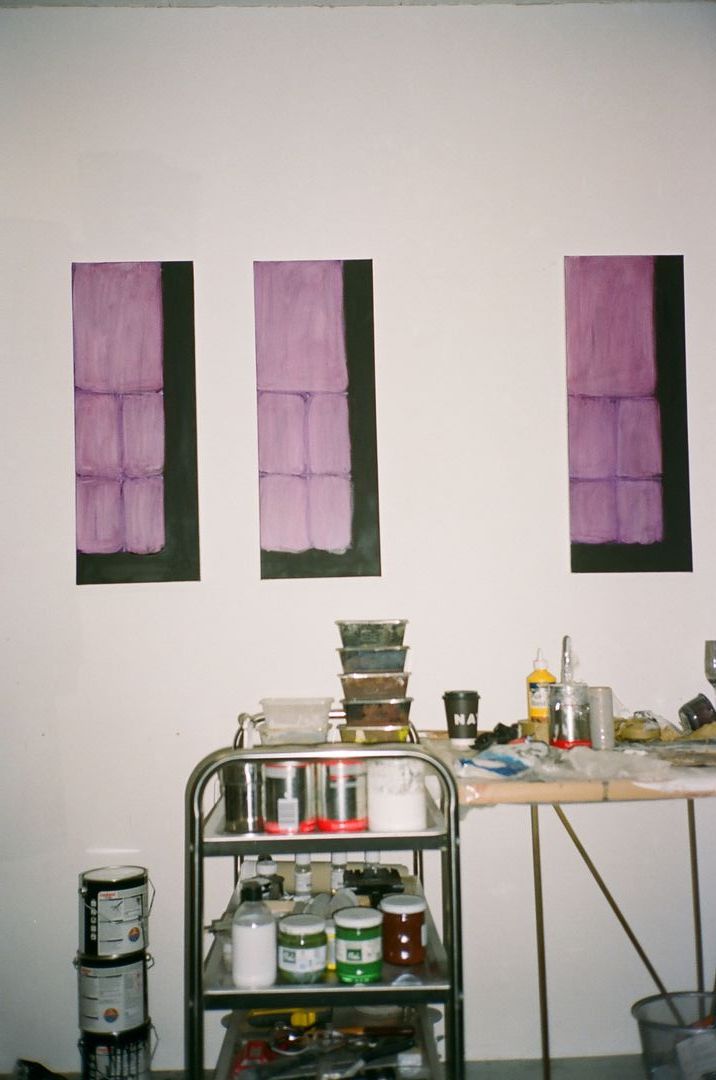 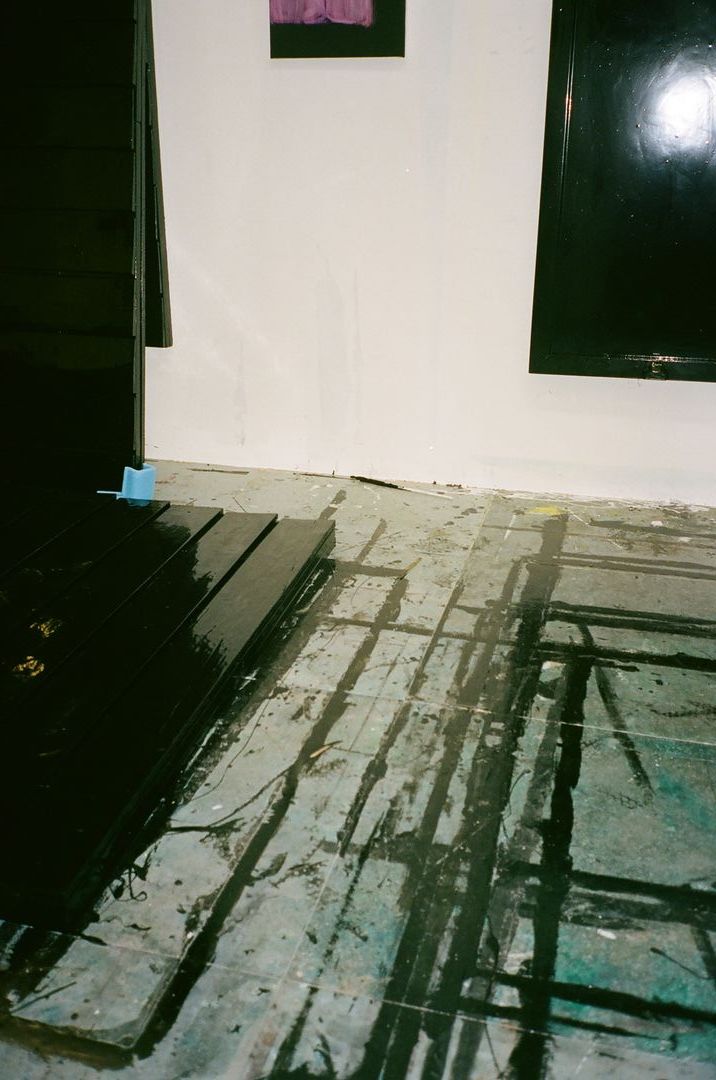 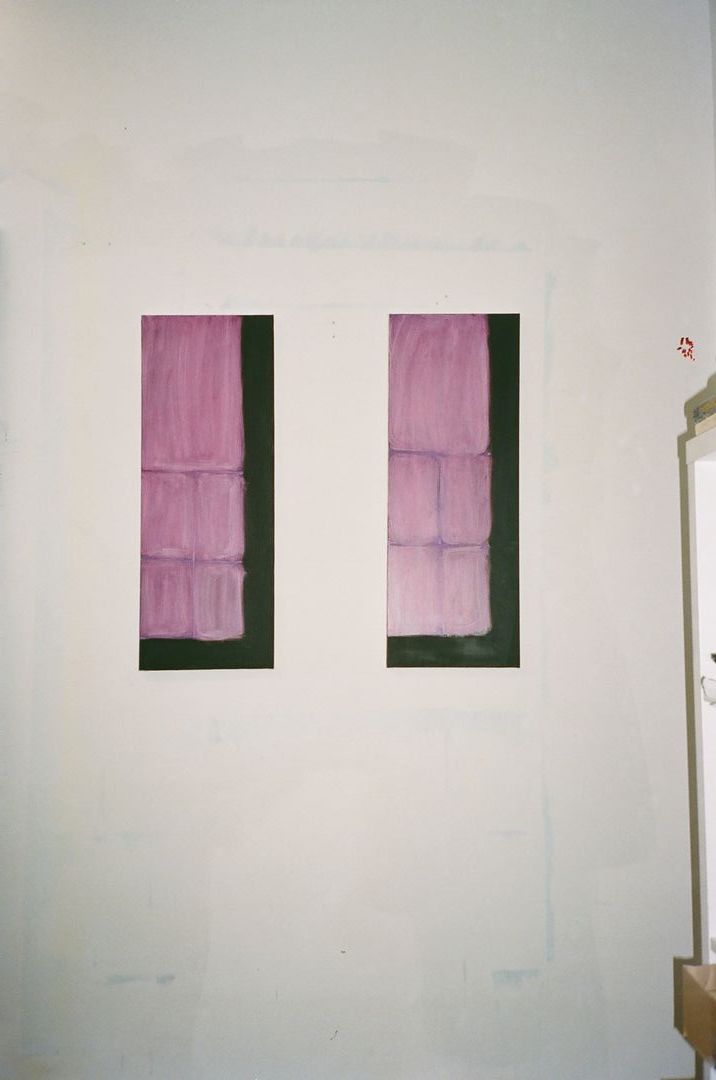 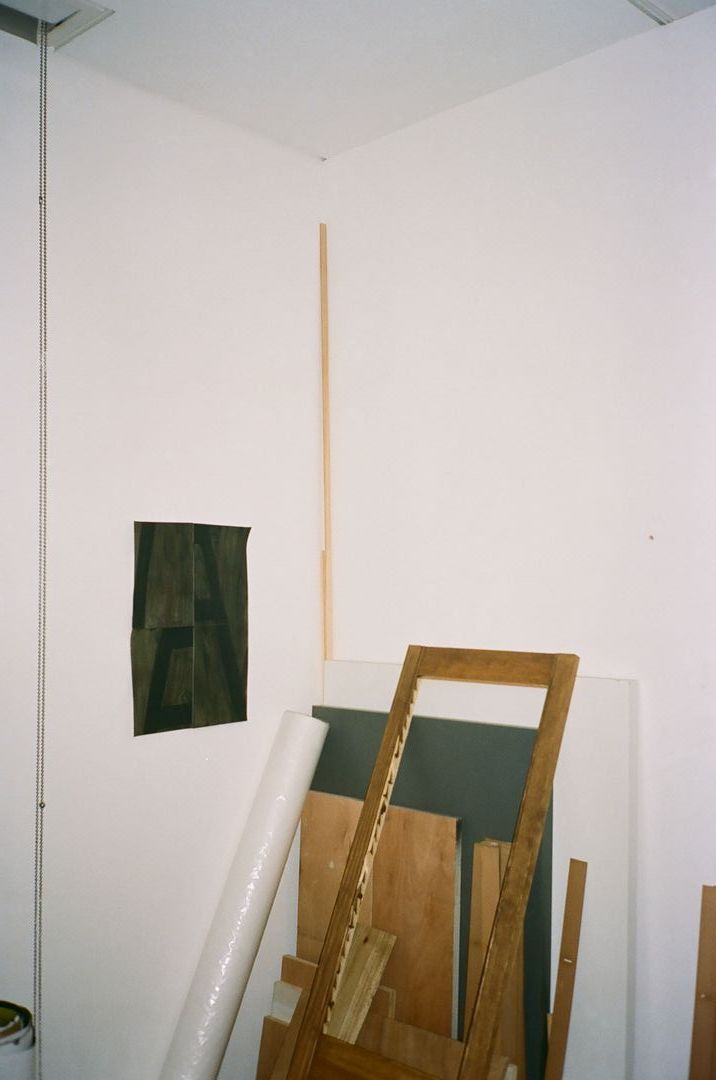