In the studio with Tess Williams. Words By Elisa Carassai

Through materiality, process and form, Tess Williams’ work explores what a painting can be beyond its frontal surface. She tests how far she can push her works toward textiles, collage or installation, without them ceasing to exist as ‘paintings’. Each piece of work is constantly in flux whilst being made - a painting may have taken on many different forms before it is ever exhibited. Restless about the outcome - works are ripped up, sewn back together, altered completely, finally evolving to become a finished piece - the eventual success of many failures.

Materially rooted in the details of urban landscape, the ongoing stream of photographs that Tess takes around the city provide a constant feed for the paintings. The industrial aesthetic is a continuous draw: exposed staples, nails punctured through canvas, hard lines, gritty greys and blacks. This is in opposition to the softer, fleshy, bodily palette that is often used, alongside natural linens, raw canvas and delicate stitching. This contrast aims to explore the male and female properties of materials, and how this can effect our reaction to them. Questioning domesticity, gender, place and manual labour within painting.

The contrast between the free hanging vs. stretched paintings is an important relationship within Tess’s practice. The sculptural qualities that a free hanging painting can have: folds, curls, drapes. In contrast to the taught, structured rigidity of a stretched painting: the tension of a pulled seam, predefined edges and select compositions.

Increasingly, an interest in recontextualising and changing the initial purpose of a found or sourced material is becoming part of Tess’s work. Removing its original intended use, yet still hinting at what it may have been before becoming part of a painting. Re-appropriating utilitarian or mass production fabrics as a way of commenting on our current throw away culture.

What is it exactly about abstract art, that attracts us so much to it? Is it the strong emotionality associated most often with its violent, brushstrokes? Or its curious use of mixed media, never the same, always different? For London born-and-bred artist, Tess Williams, it has always been about how the mind of a great artist works. “From a young age I’ve been fascinated by Robert Rauschenberg and to this day, I never get tired of his work. Just the way that his mind works, it amazes me,” Williams says.

But Rauschenberg isn’t the only big abstract expressionist which inspired Williams to get into painting; she also cites New York painter Joan Mitchell as a great source of inspiration, who led her to pursue and focus on painting as much as possible during college. Williams credits her time at Central Saint Martins as the starting point for her experimentation. She explains, “...it was when I started doing installations and free hanging work. I was also starting to add sculptural elements by implementing collage and textiles to my paintings, a practice I have carried on doing with my current work”.

From mixing oils, acrylics and graphite with high-quality textures such as linen and can- vas with vintage and reclaimed items like old post bags and railway bags, Williams brings as many ways of painting to an artwork as possible, and it is very rare for her to use only one material.

Textiles haven’t always been an integral part of her work, implementing it into her paintings after a mishap with the re-creation of a fifty piece wall installation for a gallery, just after she had finished her Masters degree at Central Saint Martins. “It was so hard to recreate the same wall installation all over again, and I was getting really frustrated because I couldn’t piece it together in the same way as I had done it in my studio. It was taking away the enjoyment of putting on a show because I was getting stressed about the whole process,” she says. “So at that point, I was implementing sewing to keep these pieces of canvas together in order to hang this installation on the wall, and it just kind of evolved from there really, as I started enjoying the process of attaching all of these together and suddenly, they stopped being installations and became these really big five by three metre paintings.” From large scale to small scale, sewing tex- tiles in her work became a way to draw lines on the canvas, instead of sketching them in with a pencil, and to create a series of layers that would permanently be held there, turning the painting per se into a much more structurally robust artwork.

Inspiration strikes when you least expect it, and as a born-and-bred Londoner and former picture researcher, Williams is always ready to take a picture of anything that could serve as a starting point for her next painting. The composition of urban landscapes has always been a source of great source of inspiration, as she is always on the lookout for the subtle and non-subtle details around her. However, Williams is ultimately fascinated by “the contrast between what we would sometimes stereo- typically consider male and female materials, which is inherently part of the everyday fabric of a city like London”. The masculine qualities of industrial materials paired with the use of a softer colour palette provide a potentially contradictory discourse between how the work can be interpreted in regard to gender.

Philip Mudd, an art collector recently turned curator says “The first work I bought from Tess was a small monochrome piece with folds, staples, frayed edges - a mash up of textures held within a beautiful stasis. Her work often looks as if a single moment has been captured - under tension and in perfect harmony for just the split second the piece was created,” Mudd was recently asked to curate the upcoming summer show at Eagle Gallery in Clerkenwell, London. “I immediately knew that I wanted to show Tess’s work. I am thrilled that she agreed to the show (a two-person show with the abstract painter Natalie Dower, who likewise makes great use of elements of chance in her paintings) and I’m even more thrilled that Tess’s work goes from strength to strength,” says Mudd.

The show will be exploring the different ways in which the two Central Saint Martins alumni approach abstract painting, one of which is very systematic, ordered and planned, whilst the other follows a more organic and unrestricted manner of making art. “There are a lot of people who are exploring this threshold of painting, textiles and collage. It is important to stay true to what you feel you want to make, because to me it’s just a pro- cess of continuing my story and experimenting and I’m just making work that can be received in whichever way,” she says. 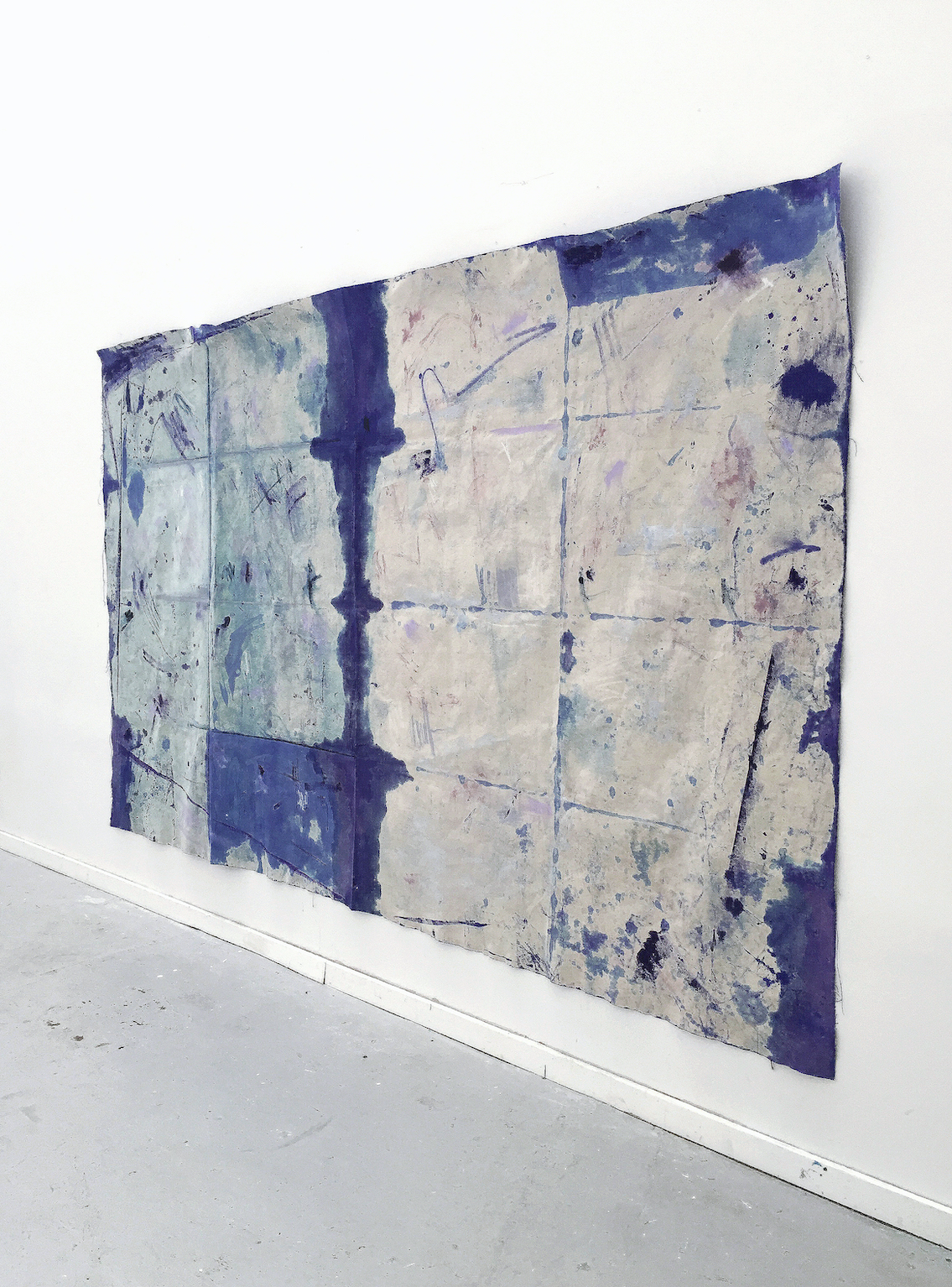 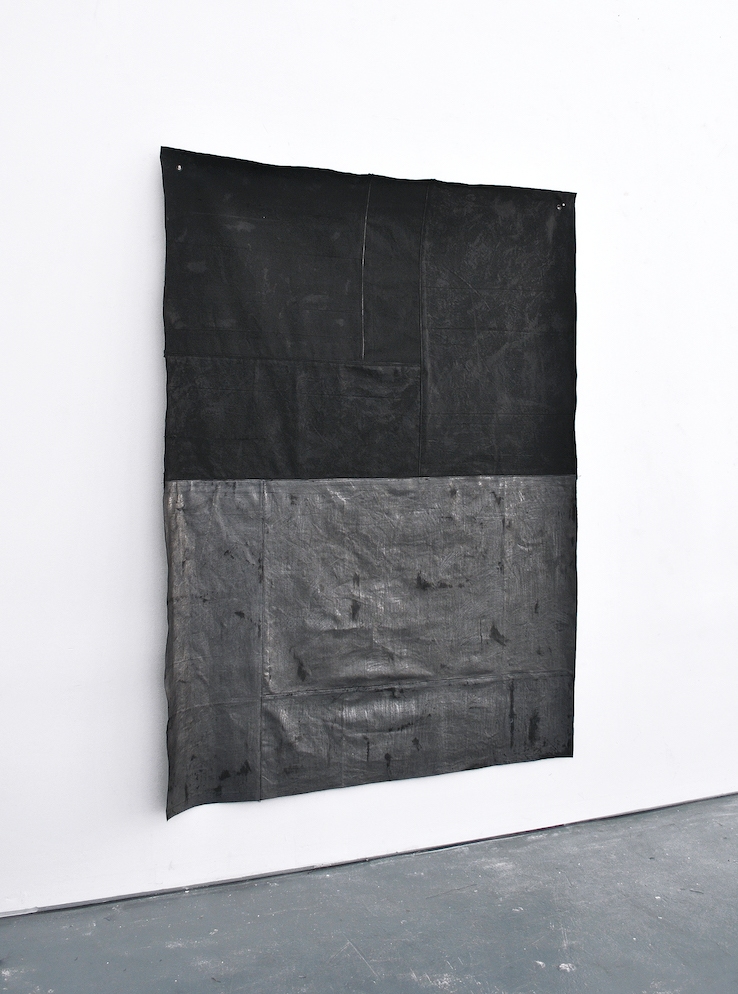 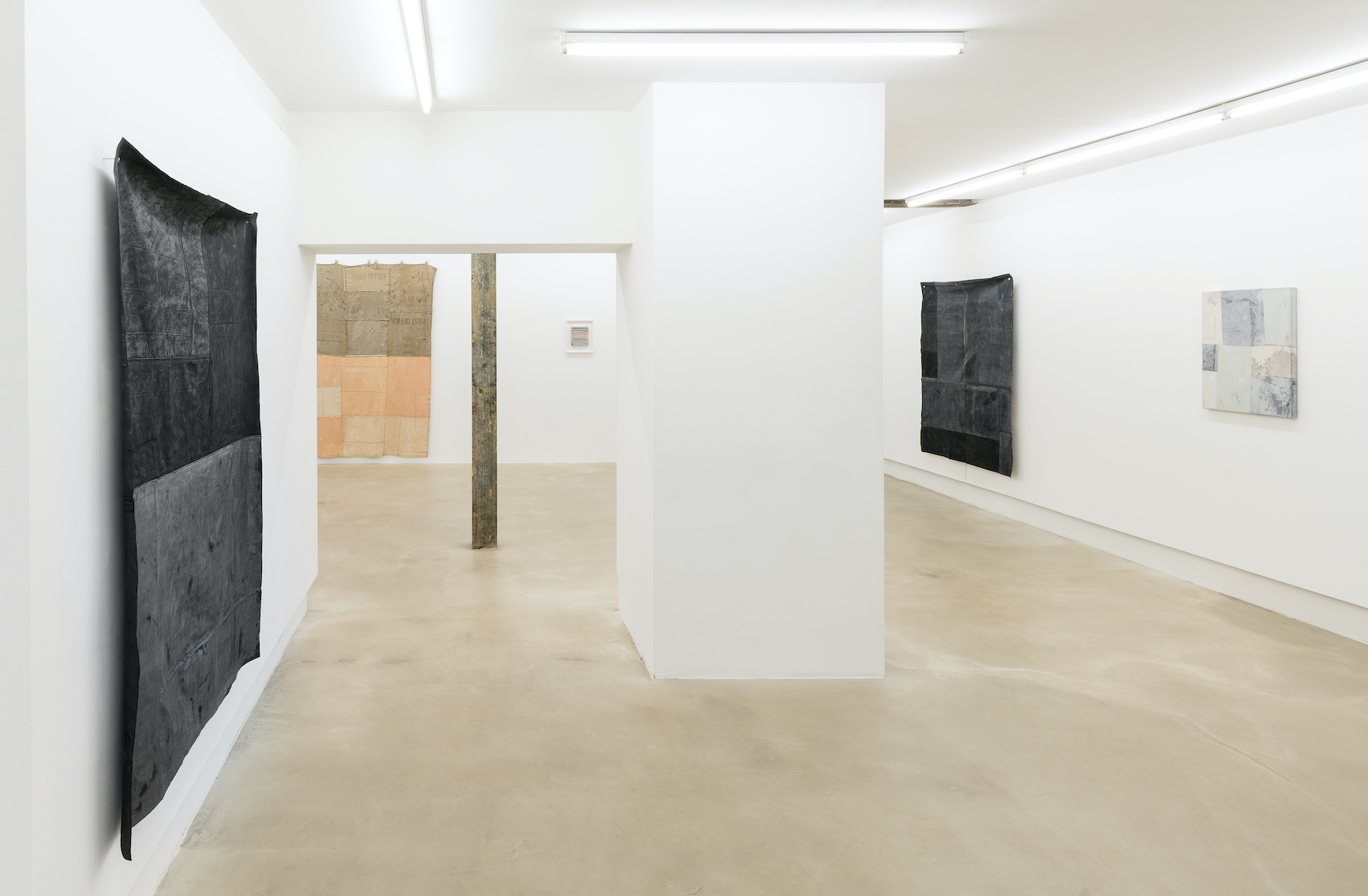 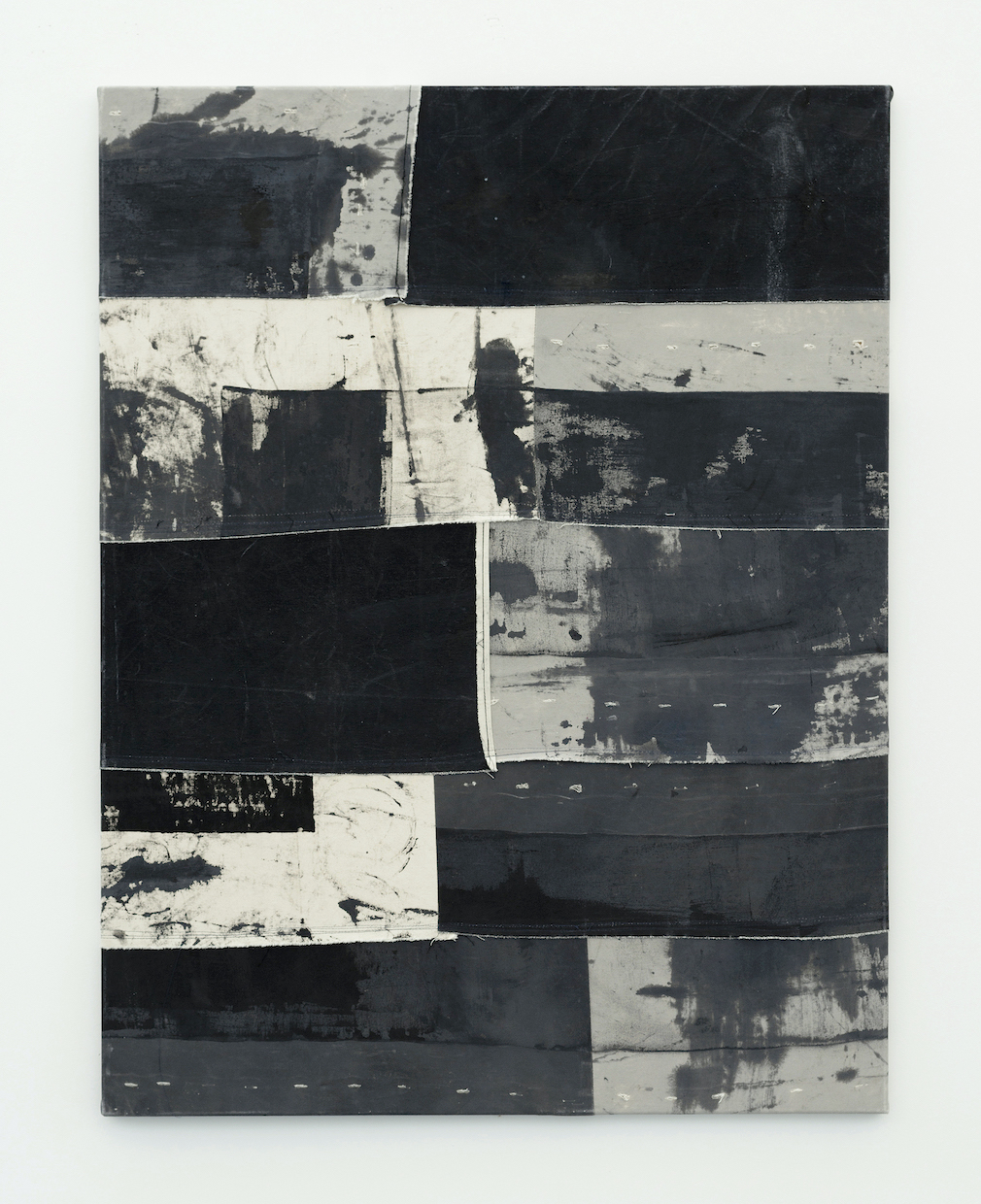 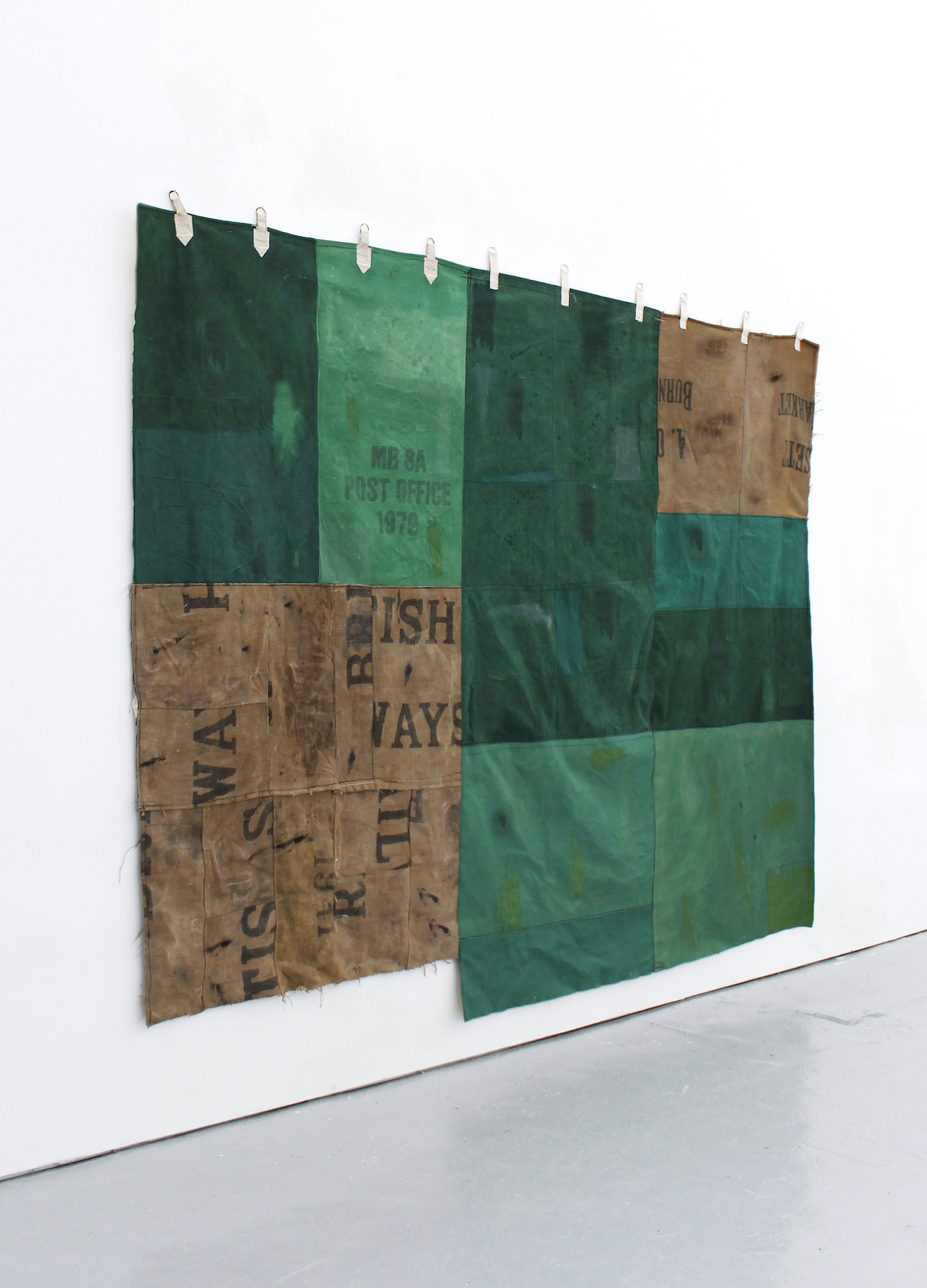 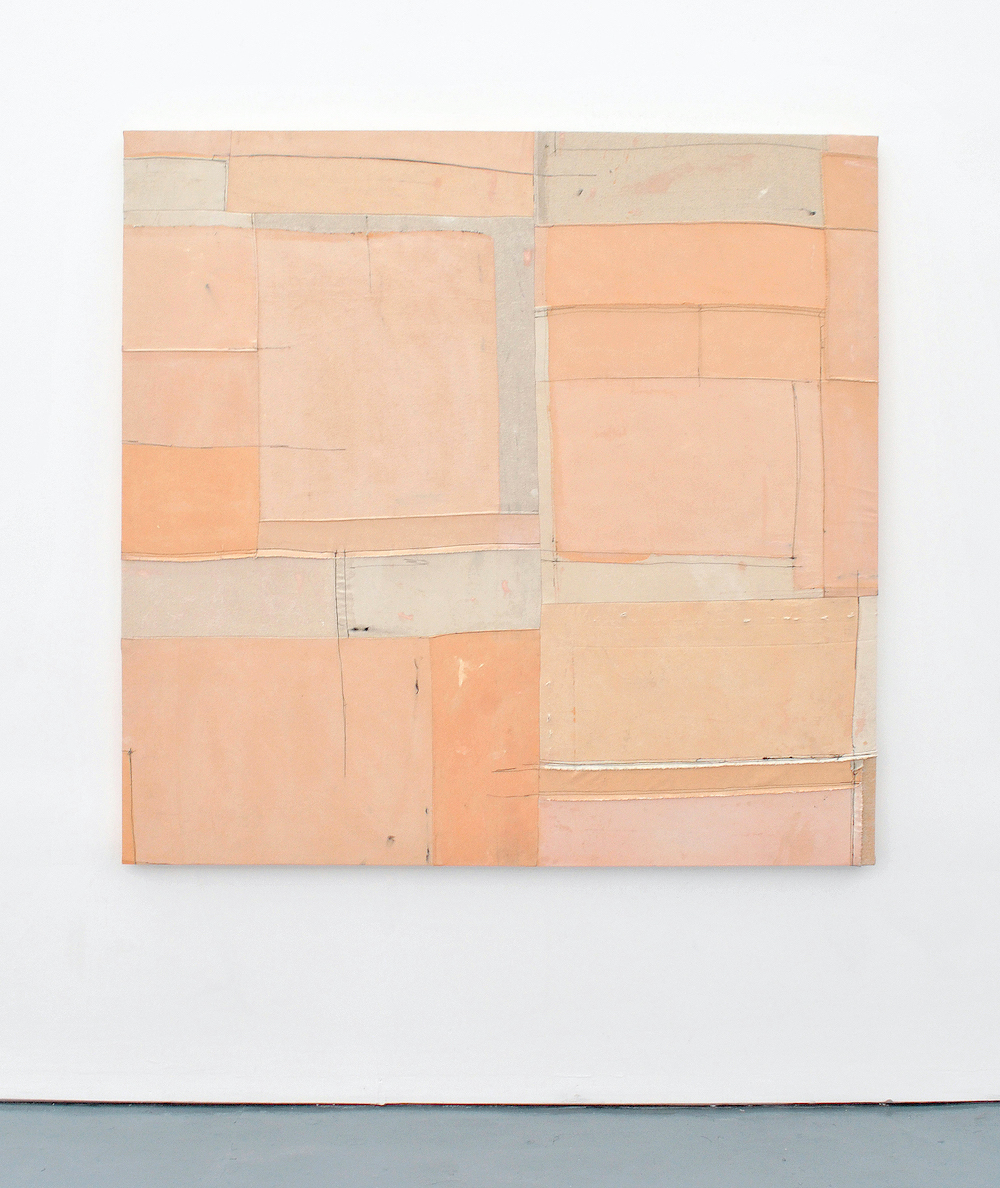 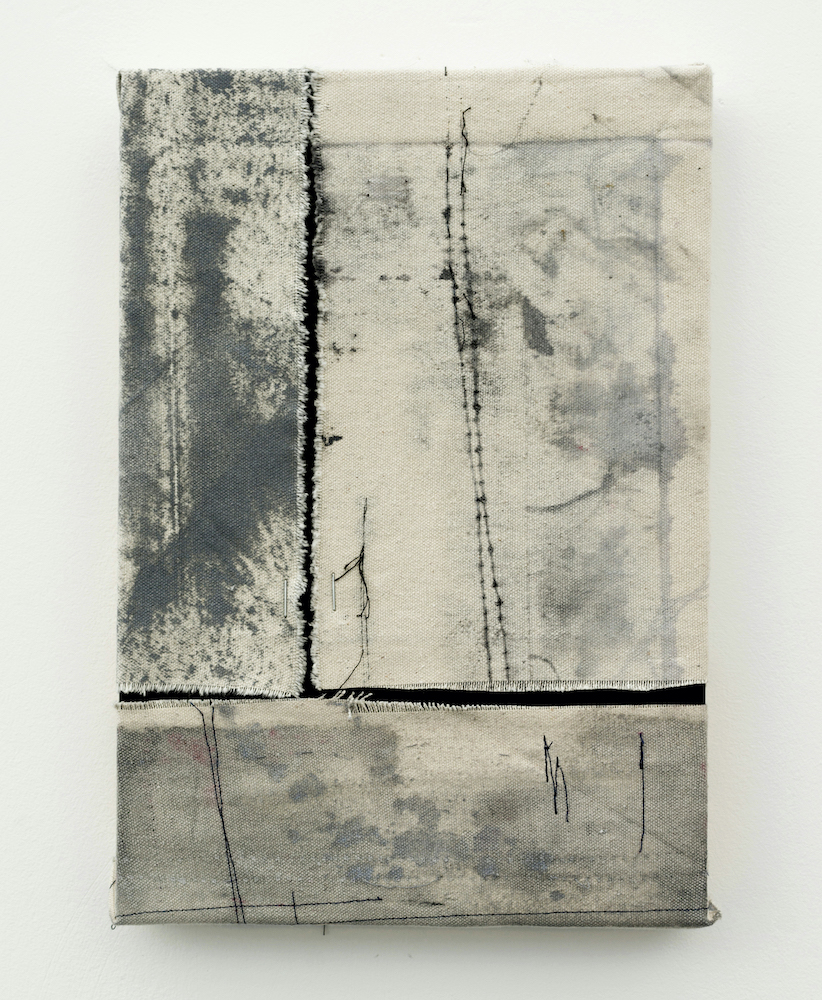