I understand you relocated to Paris from Rome earlier this year, what prompted this move? How have you settled into Parisian life in the middle of a pandemic?

I have a long love story with Paris going back to when I applied for the Beaux-Arts at 18 and was told to do a foundation course. I had my first solo show last year with Galerie Chloe Salgado, and other opportunities and connections that made me want to give Paris a go. It’s a weird time to be here, but I was offered to take over a friend’s studio at the new studio complex Poush Manifesto. It’s got the energy of a residency, and there’s a good community of artists and makers. Life feels a bit less isolating thanks to this.

You now also have a studio, with possibly, the best view any studio in the city can have?

That’s right, and the best light. I’m on the 16th floor of an ex-office block from which I can monitor the temperamental mood-swings of the Parisian sky, and get rewarded with sunsets behind La Défance that set the studio on fire. It elevates me from the chaos of the city.

What does a normal day in your studio look like?

I cycle 9 km to get to the northwest end of Paris, so my morning ritual is a mixture of cooling down and re-energising with a coffee and a catch-up chat with my studio mates Julien, Manon and Antoine. I work on multiple pieces throughout the day, and listen to my favourite podcasts like The Great Women Artists or How to Fail while working. My lunch and tea breaks are usually in the company of my best friend Cecilia who works in the same building.

I know growing up you moved numerous times, going from country to country. How did this affect you, was it something you embraced?

I think it turned me into a sort of chameleon or octopus. I had to adapt to new social and cultural contexts all the time. I was the outsider trying to fit in and was hopeless at it. But the main difficulty was creating such deep friendships and leaving soon after, it was heartbreaking. The idea of home is a fluctuating concept for me that I’m still redefining as I grow, I think it affected the versatility I have towards making, and my fascination with fragmentation, hybridity, interpersonal connections and their inherent tensions.

Did art play an important role in your life in these formative years? You must have been exposed to a lot of different experiences?

It was a lifeline! Art gave me moments of total independence and free reign to imagine and create my own worlds. Sitting by myself to paint or draw was a moment of magic where everything was possible. It felt totally natural and necessary, and it absolved me from the difficulties at school or at home. Then in my final year at the Slade in 2013-14 I was diagnosed with Non-Hodgkins Lymphoma, so I was working towards my final degree show while undergoing chemo treatment. I began cutting and sewing to make a series of sewn textile paintings with saturated bold colours, where decapitated heads floated in fields of cacti. That was a crucial turning point where art making served me again as a lifeline.

I heard you state something, that also resonates strongly with me, whenever I have encountered your work that; “it feels like a form of expanded painting” ?

Painting was my first love. But very early on I realised I was wearing a suit that was too tight for me. I quite literally chopped up that suit and refashioned it to my own needs, seeking some kind of expansion. Painting became something that covered bodies in performances, that was stitched or knitted, translucent, stretched or loose. Today I use a painterly perspective as a starting point, but I prefer straddling multiple categories rather than fitting into the one.

You employ a plethora of different mediums in your practice, what influences your choices in what to use, especially when putting a show together?

I have phases where I’ll fall in love with manipulating materials in new ways. I become fixated on a process if it feels strange and powerful, and if it gives me the same thrill and challenge as learning a new language. The choice of medium depends on how it aligns itself with my current energy levels, the kind of space the work is for, and whether I feel it has the potential to flesh out into something that will surprise me and push my boundaries.

I know you have recently started painting directly onto cork, tell me about your journey with that material and how you came to use it?

I used the beginning of my Abbey scholarship at The British School at Rome to experiment with new mediums. I began working on a series of sewn PVC collages until I picked up some cork from a hardware shop and began testing its properties as a painted and engraved surface. It’s a sustainable and versatile material that’s used in different fields like the construction or wine industries. I’m drawn to soft, textured materials, and cork is the softest wood that has almost magical properties. I headed over to Sardinia over the summer, famous for its cork production, and spent time speaking to producers, walking in ancient cork forests and gathering material.

Perhaps your most well-known works are the textile pieces you produce that sometimes act as “carpets” when presented as installations. What first led you to make work in this way? And what are the processes involved in creating these pieces?

After graduating from the RCA I no longer had access to the machines and technicians in the textile department which I’d used so much while they were accessible and free. I began looking for ways to continue making tapestries without needing to depend on facilities or technicians, and without the skills of weavers. I realised that London has domestic carpet shops everywhere you look, and that I could apply to carpet similar inlay techniques I’d seen used on the marble inlay floorings in Italy. I began making carpet-tapestries of a hybrid nature, that could expand across horizontal spaces or drape across vertical walls.

You were commissioned to create an installation at the Zabludowicz Collection almost immediately after you finished your MA at the RCA in 2017. How was the experience of showing your work in that space? And how has that show affected your career since?

For Dovetail’s Nest, I received a production budget for the first time and the show gave me lots of exposure. Knowing it was such a visible platform gave me the motivation to make something ambitious that I’d never tried before. It’s definitely been a strong reference point for a lot of new connections.

When we first spoke, you told me about some recent in-depth conversations around gender identity you had with another artist and how it is becoming an increasingly prevalent topic within the art world. Does this subject reflect in your practice at all?

My solo show in Paris last year was titled Chimère or Chimera, for which I focused on hybrid forms, and moving on from that, my current show Twin Waves in Rome definitely explores gender and form fluidity and latent or explosive sexuality. I identify with queerness though I don’t feel the need to define my own sexuality – it fluctuates and it should be free to do so. My work often tackles subjects whose identity is unfixed, evolving, or breaking down into millions of fragments. There’s definitely a personal projection onto the work of all that I feel, have encountered or wish to be, so you’ll find figures that are interconnected and charged with erotic power, free from being any one thing.

There are many references and gestures to “classical” themes running through your wide-ranging practice, does research and art history form an important pillar of your work?

I do a lot of site or museum visits, as well as reading and writing. I think ancient artefacts that were made specifically in connection to death or spiritual practices trigger me the most. They carry an immediacy and power that feels close to my sensitivity. I think that through them I’m trying to understand the rawness of human emotion, and where we’ve come from. And it’s inspiring to see such open-mindedness towards shapeshifting.

What do you love about being an artist?

Creating something out of nothing. Making art could be the closest thing to magic or alchemy for me.

What about your upcoming plans? What shows are in the pipeline? 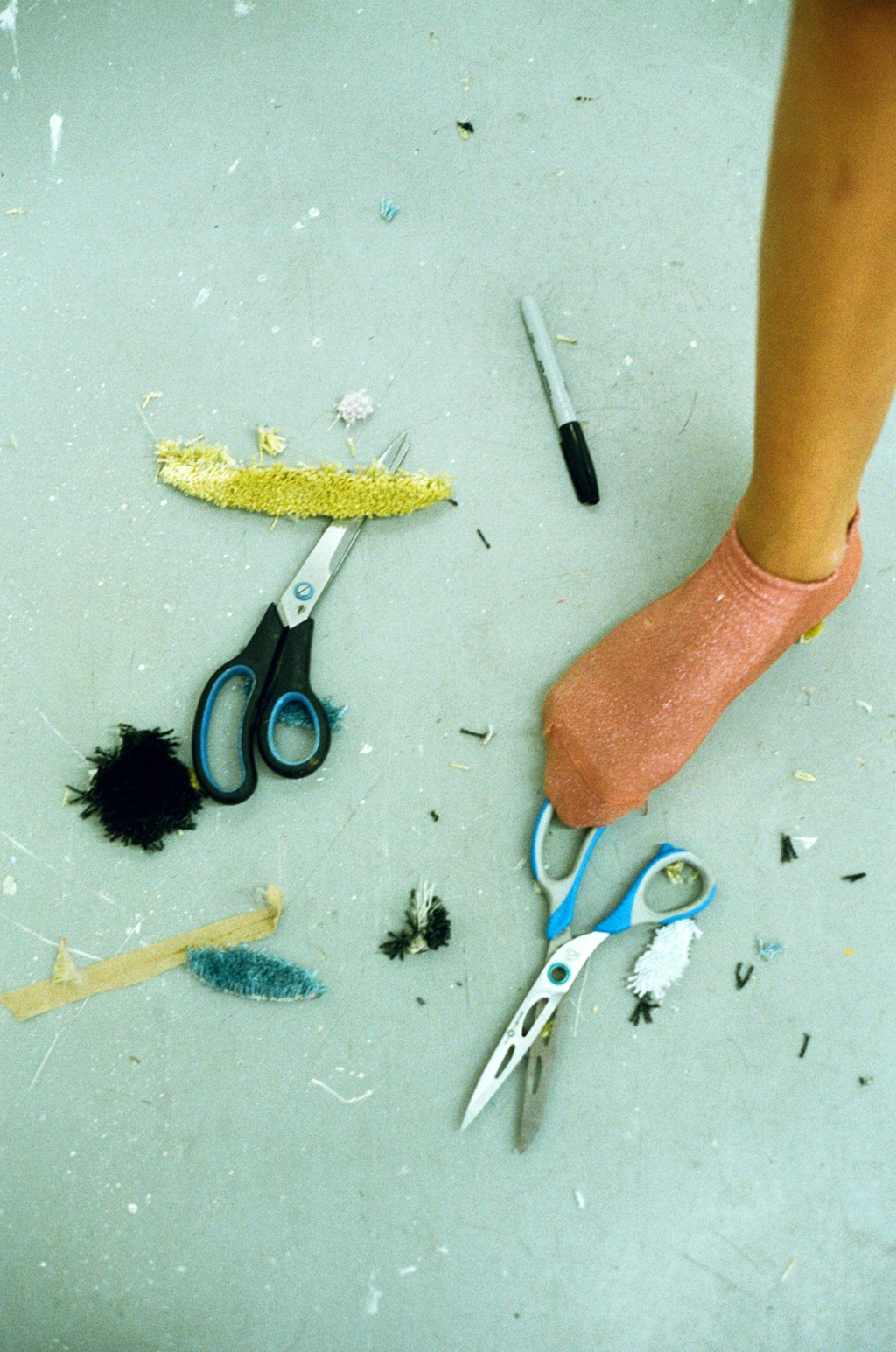 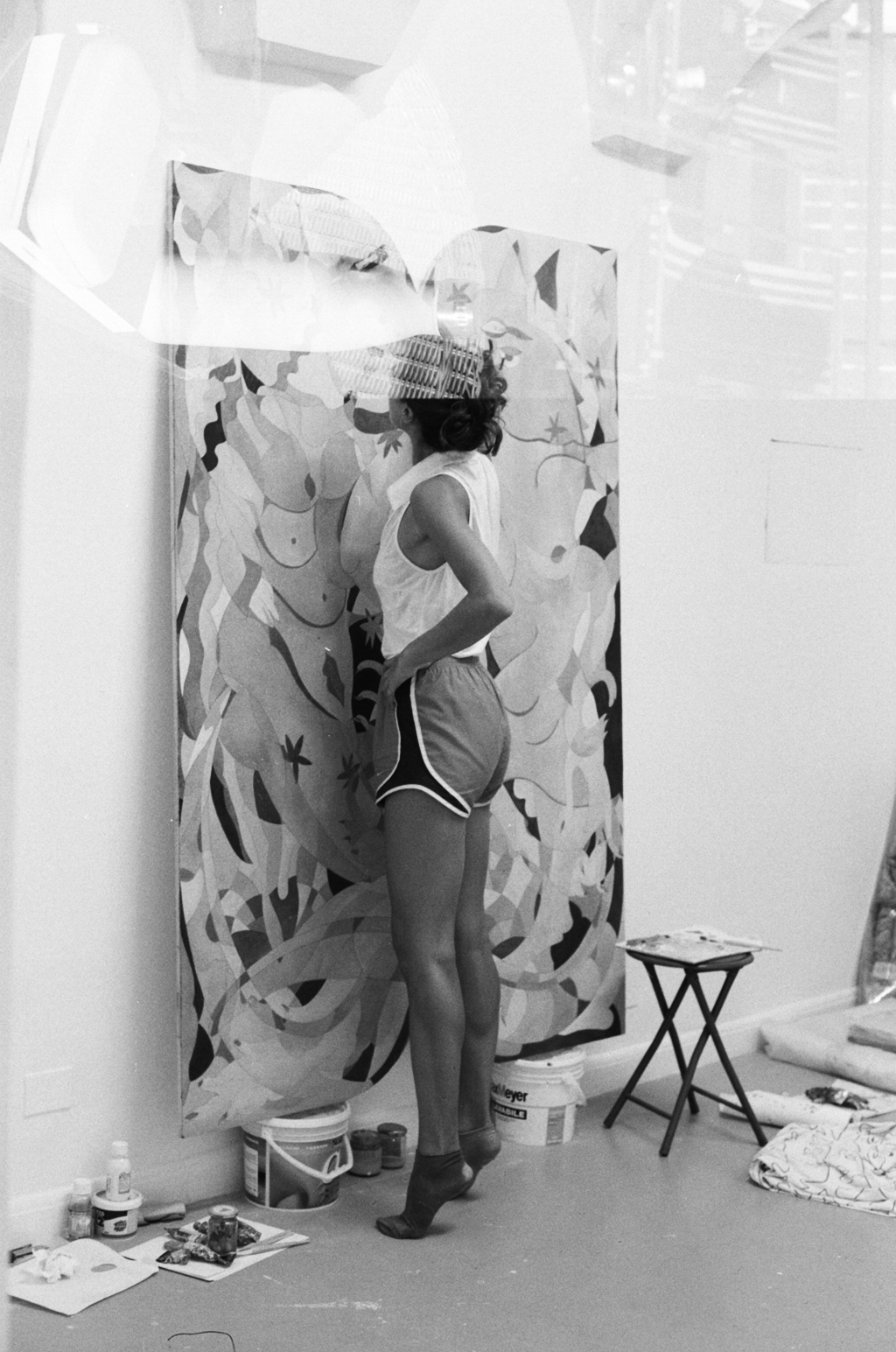 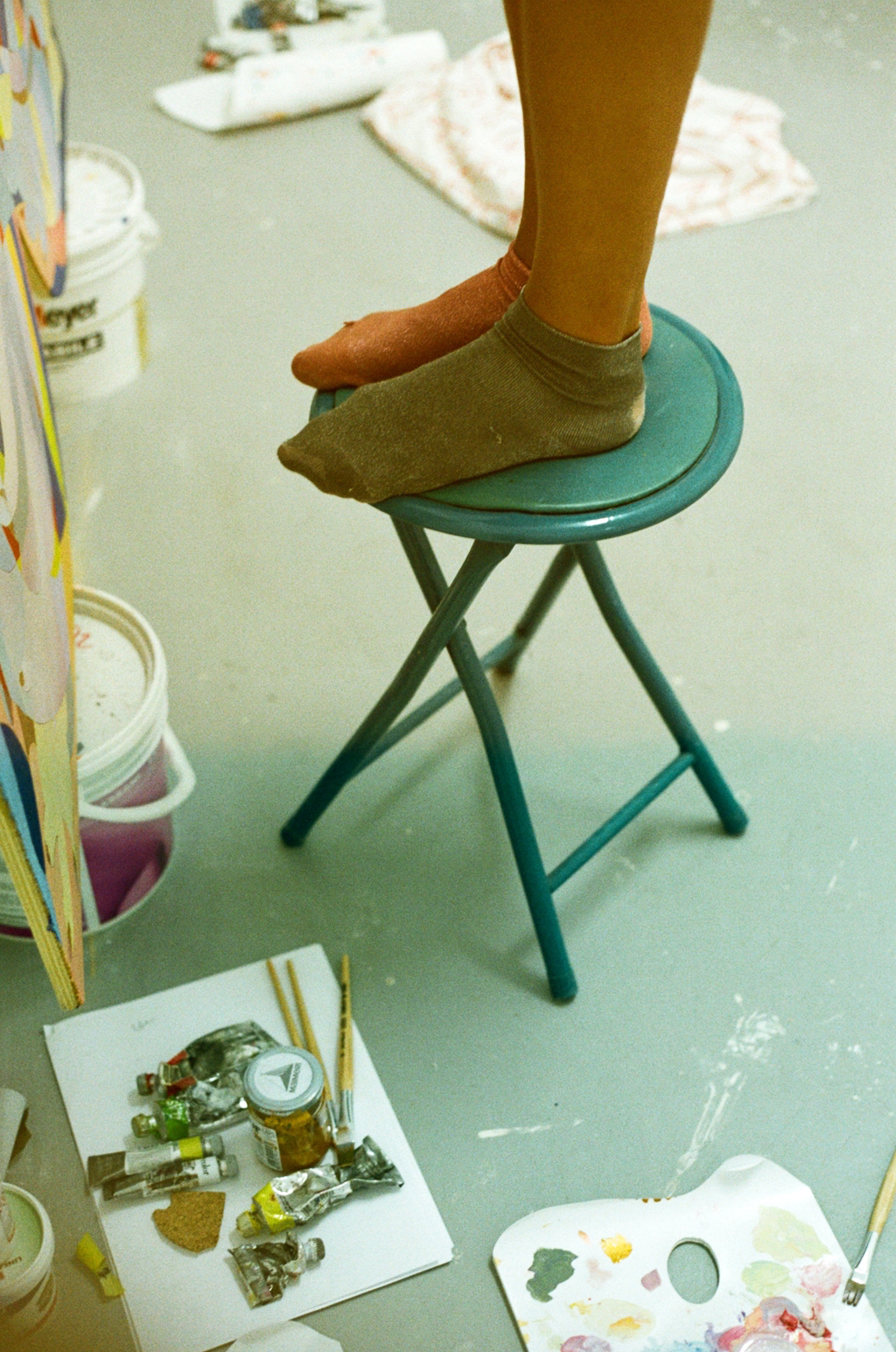 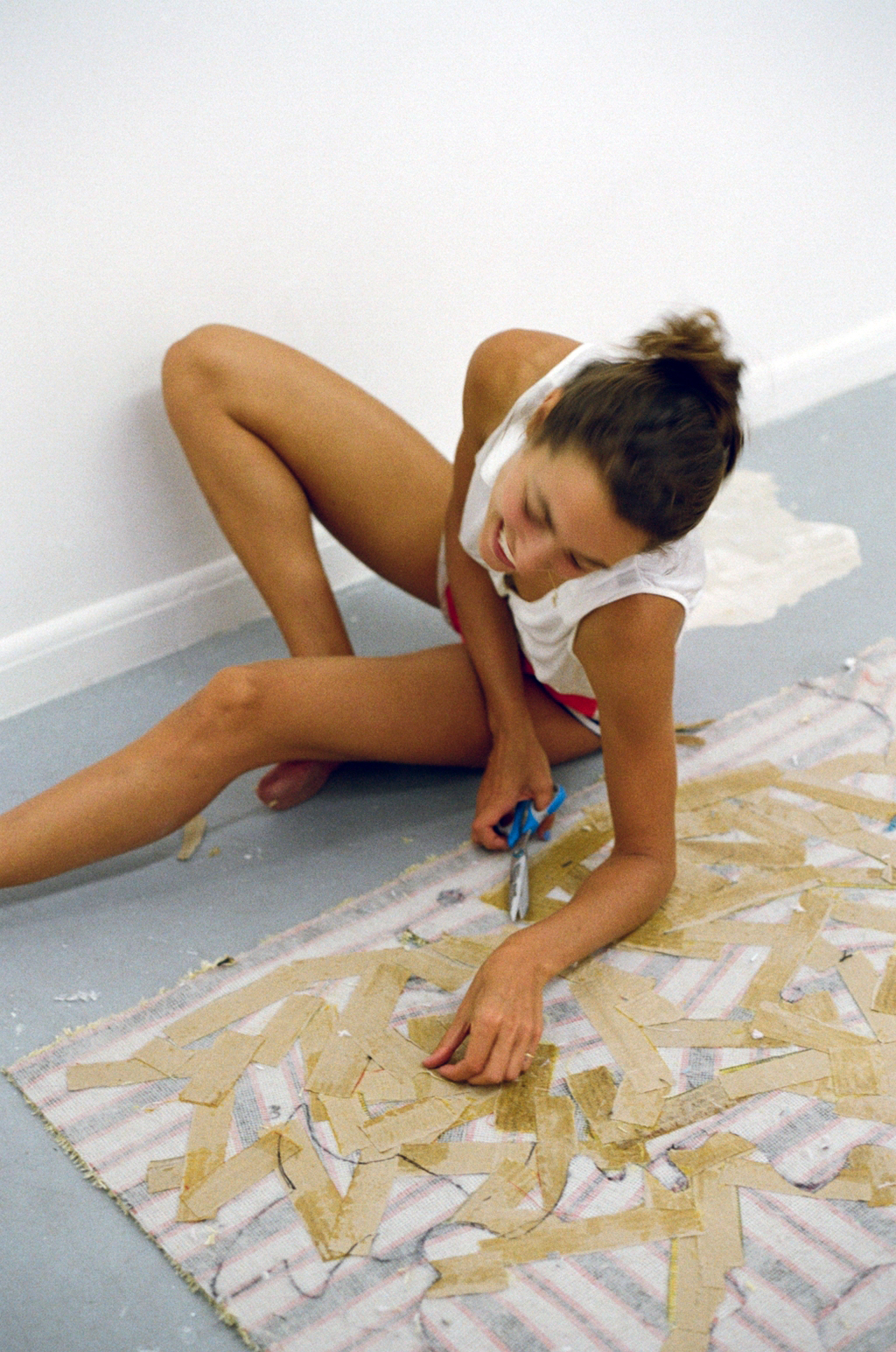 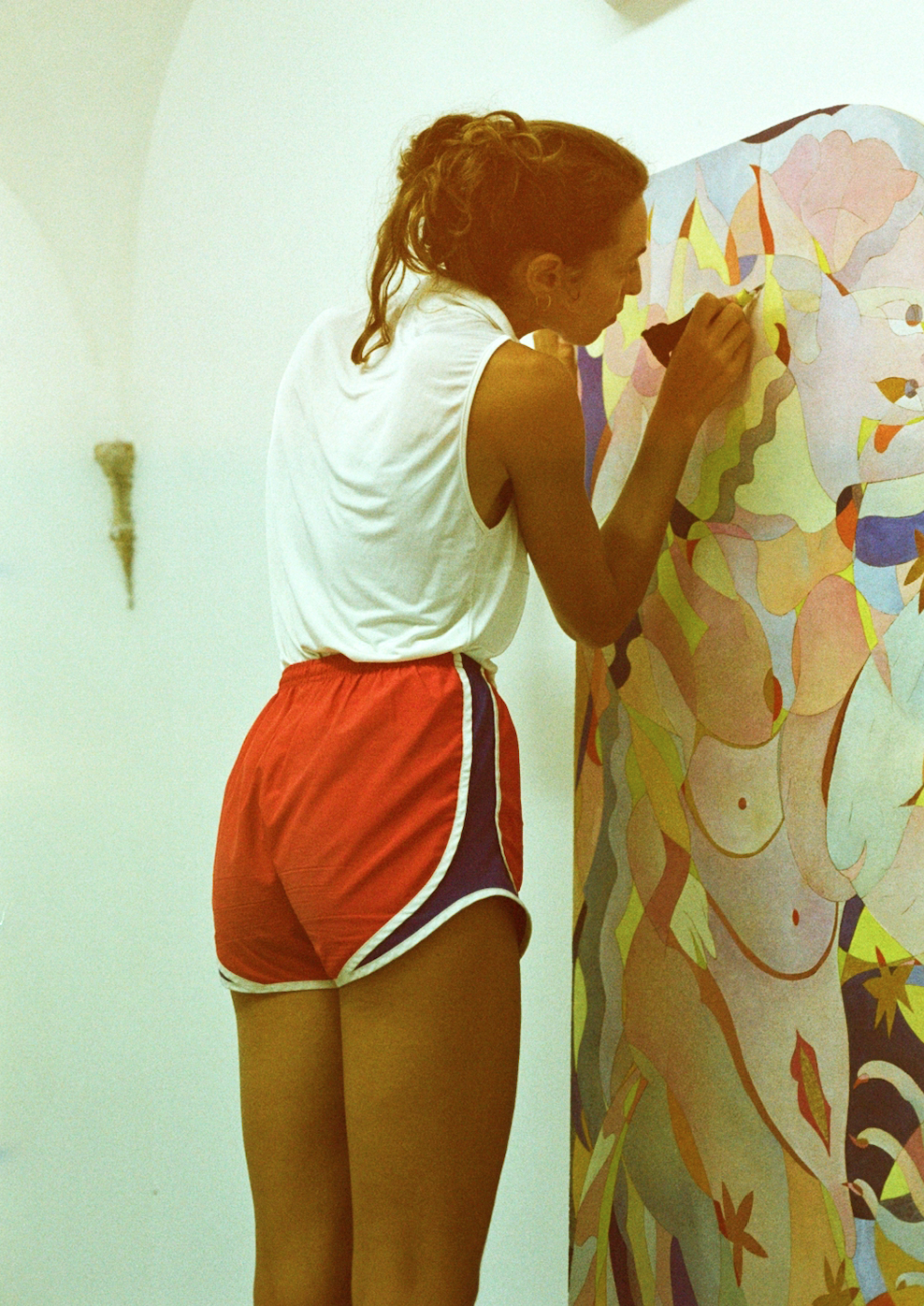 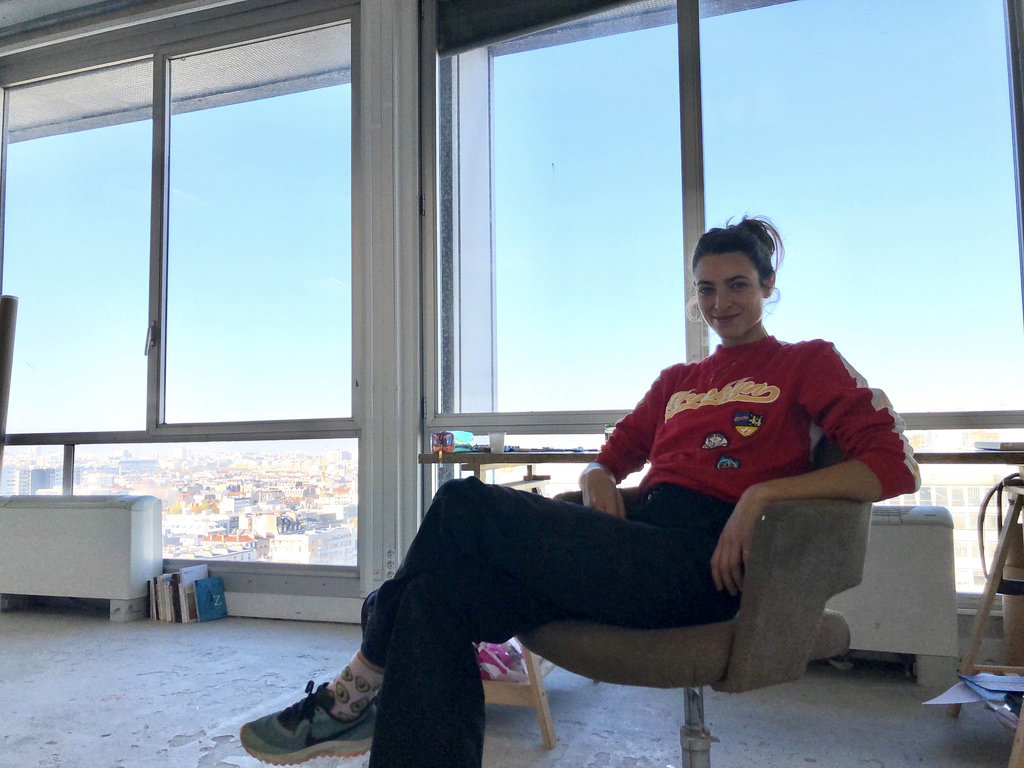