In the studio with Charles Benjamin.

In the studio with Charles Benjamin.

Hi Charles it was a pleasure to meet you in Berlin this past November. Here’s some questions for you:

Were you creative as a child?

I'm trying to think of something that would prove I was. I don't think so. I remember I used to draw imaginary weapons with a friend while playing "weapon storage". Later on, I drew a guy wearing the brands that I liked... Kastel, DCshoes, Osiris etc. I have a plate at home from kindergarten with the words  "CHARLIE'S, DO NOT TOUCH" painted on it for some reason.

When did art become serious?

In Barcelona when I was about 19 or 20. I had to quit my first year at university because something happened to my student loan. I decided I would be a painter even though I had never really made a painting before. I met a guy named Margeir "Dire" who taught me basics like how to prep a canvas, and oil over acrylic but not acrylic over oil. I remember being frustrated to the point of crying because I found it so impossible to come up with stuff to paint and when I had stuff I wanted to paint I didn't know how to. I was really serious about it, but I just had no idea what I was doing. It seems so dumb now, but I said to myself I would do it forever even if I never got anything out of it.

What made you choose to move to Berlin?

My ex girlfriend and I had left London to renovate some houses in Austria. After that she took me to Morocco and then Bali, and when we got back neither of us wanted to go back to London. We went  to Berlin where I had a project with a friend, Egon Thuile (Silvio Coca-Cola),  and I'm still here.

You had a recent show in Lisbon called “Charles Benjamin: P for Everything,”, could you explain a bit more about why did you choose this title? What does “P for Everything” state?

Initially, I was meant to show a painting with the text  "If there was a P (painting, poem, picture, play, song, film) for everything there wouldn't be anything out there anymore now" which is from a collection of poems called The New Testament Two that I wrote in 2017. In the end it felt too descriptive and I ended up canning the painting. It's suggesting that if art could contain everything that is the world there would be no world, or alternatively, no art, depending on how you want to see it. I think these paintings are trying to take their limitations in good stride. I'm still not sure if they are really naive or cynical.

Do you think artist should learn traditional painting techniques before exploring abstraction?

No. Traditional figuration, abstraction, formalism, expressionism etc., are all just ways of painting. Painting is broad and everything counts, meaning you can do whatever you want, but also that it's really obvious when you are hiding something. If you are someone who paints abstraction with the feeling that you don't know how to paint figuratively it's different from painting abstraction without any interest in figurative painting, even though the skillset is exactly the same. I don't think there is a hierarchical relationship between them. Personally, I just want to be articulate. But, ultimately, I feel painting is outside of all that.

I’ve seen that in your work there’s always a glimpse of architectural reference, is that something intentional? Could you tell us a bit more about it?

I don't know if I'd say always. I build my own stretchers mostly because it's cheaper and gives me the freedom to make any shape I like, but once you start shaping a canvas it becomes obvious that it's a structure with an architectural effect. Sometimes it's just because the work is so big it has to deal with the space. I once made a painting of a house which was the size of a small house, but once it got into the space it was too large to hang upright so I had to hang it on its side, which in a lot of ways made it better.

You tend to work in series, what is there with working in series that you believe its important? Does it help you organizing ideas?

I don't think of them as series, it's more about making a somewhat coherent impression when things are shown. Something like the sofa paintings and the fish paintings for example came about as really separate ideas and then I realised that they were both dealing with painting as decor in different ways, but it felt really disparate until I saw the show hanging. I try to stay loose and let myself work in whatever direction feels right even if it doesn't seem to make sense at the time. It's not very time effective, but I don't think being effective should be a priority, especially since this is what I want to do with my time.

In a review they wrote in Art Forum about your recent show, they state a connection between your work and Arte Povera. Has this Italian art movement influenced you?

No, not at all. I recently went to see the collection at Castello di Rivoli where they have a lot of Arte Povera and I realised why she would say that. I might pay more  attention to it in the future. For me it's just been a question of working cheap and fast. I find the idea that art is materially precious distracting, I want art to be normal.

What do you do outside of painting? Do you draw inspiration from outside the creative industry?

I recently had an aneurysm and before that I had this idea that I shouldn't let painting take over my life. I was striving to have a sort of business attitude where I showed up, did the work and went home. This pressure to do other stuff outside of art really just resulted in a bunch of drinking, and a little bit of skating. I have become more accepting of the fact that painting is one of the most important things for me. Although, recently, I've also had the urge to play golf.

When I was in your studio you made a lot of reference to Poetry. Why is it important to you? Any poets to reference?

I have a kind of homemade theory about there being three types of painters. The first being the philosopher type. You could say Gerhard Richter fits this profile. The second is the musician. Maybe someone like Raoul De Keyser or Mary Heilmann. The third type is the talker. Someone like Martin Kippenberger for example who has the type of magical thinking that develops during bar conversations or a very long, very boring work shift. Humour is important, and when things are said more in a spirit of keeping the conversation going rather than making a point. A lot of the poetry I like occupies just this space. Somewhere in between theory and a wedding speech. Nicanor Parra is a great example of this. Also Ron Padgett. There is a formalistic quality to everything they do which is almost invisible unless you are looking for it.

What do you have to say about the Snail paintings of Michael Krebber? And your Fish painting series?

Michael Krebber has a sort of dramatic trope where he pretends to not know what to do and therefore, presents something which seems rushed or unfinished. The first time I saw the snail paintings I thought that they were just this. A way to give up the search and settle for something arbitrary. Sort of like the dates for On Kawara or the brush imprints for Niele Toroni. I thought this was really great. I had been doing crocodile paintings and I was struggling to explain what they were and this gave me a sense of peace, because it felt obvious that this was exactly what they were. I later found out that the snail paintings were copies of a painting that Kate Middleton had made on an official visit to an inner city school in LA. This didn't make them any worse, but it suddenly made the crocodile paintings more snail paintings than Krebber's.

The fish paintings are not really related to this. They came about because I saw a documentary where a collector said that red was better than brown and that he recommends avoiding fish paintings. I understood the red vs brown rule, but i didn't get why he singled out fish paintings, so I started making fish paintings. Later, I read a news story where a guy with a fish stand had been putting googly eyes on old fish in order to make them look fresh. This obviously didn't work out for him but it works for my fish paintings.

Do you have faith in painting as a medium?

I don't know what I'm meant to expect of painting, so in that sense no. What I think is useful with the medium is that, unlike other mediums, it hasn't technologically changed very much over the last couple of hundred years, so the differences between a contemporary painting and a painting from 200 years ago is almost purely psychological and contextual.

Do you think there is more freedom in being an independent artist? Would you prefer to be represented by a gallery?

Yes there is a certain type of freedom you have as an independent artist, and I'm doing OK by myself at the moment which was not always the case. I'm definitely not against galleries or gallery representation, it's just not something that I sit around worrying about. There are as many types of galleries as there are gallerists out there, so ultimately it really depends on the relationship you have with the people.

How do you feel about money in relation to your artwork?

There is absolutely no relation, I wish there was more.

How often are you in your studio?

When I left your studio I had a deep feeling of gratitude and joy, there’s a part of being an artist that is just about being. Are you happy in this moment of your life? 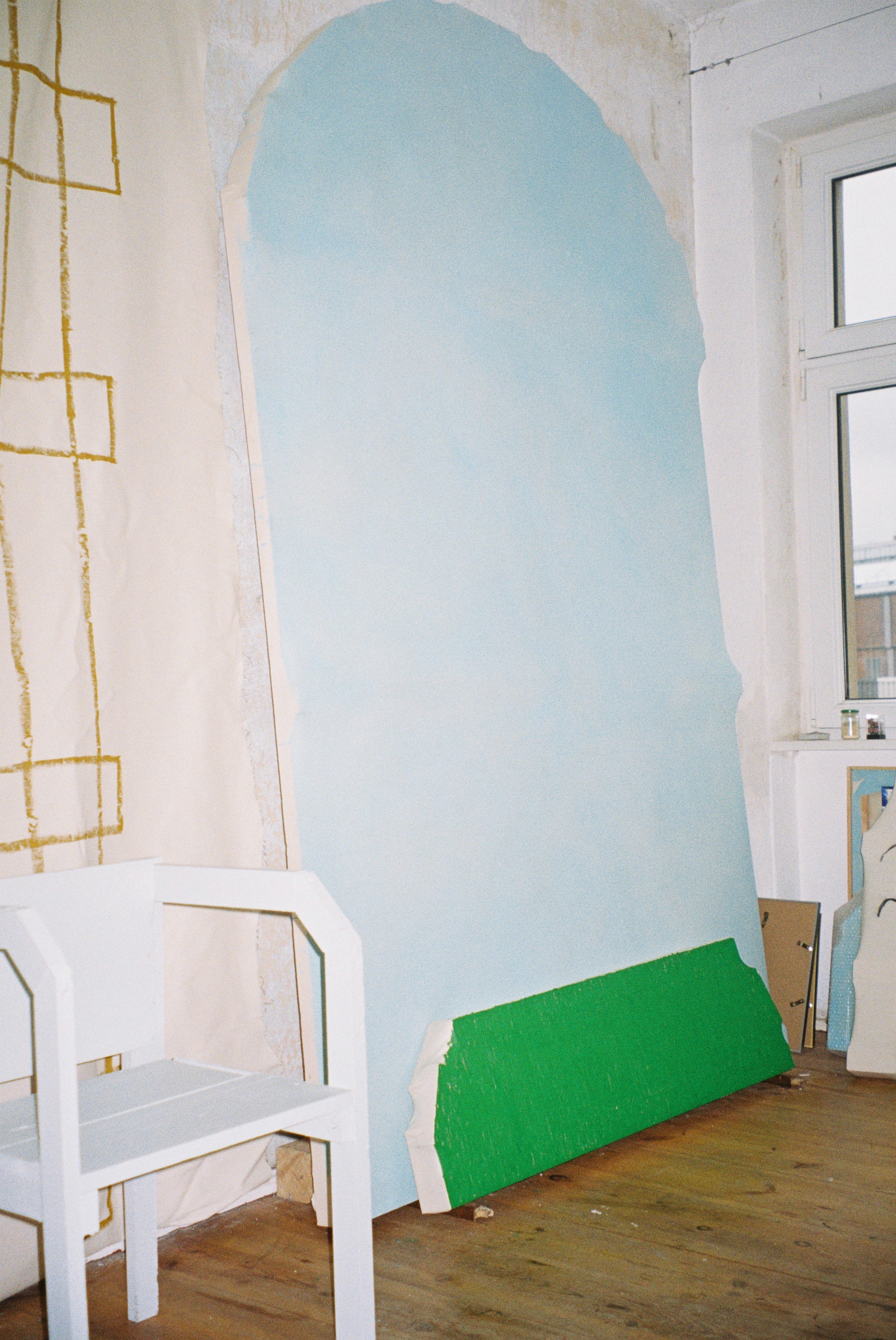 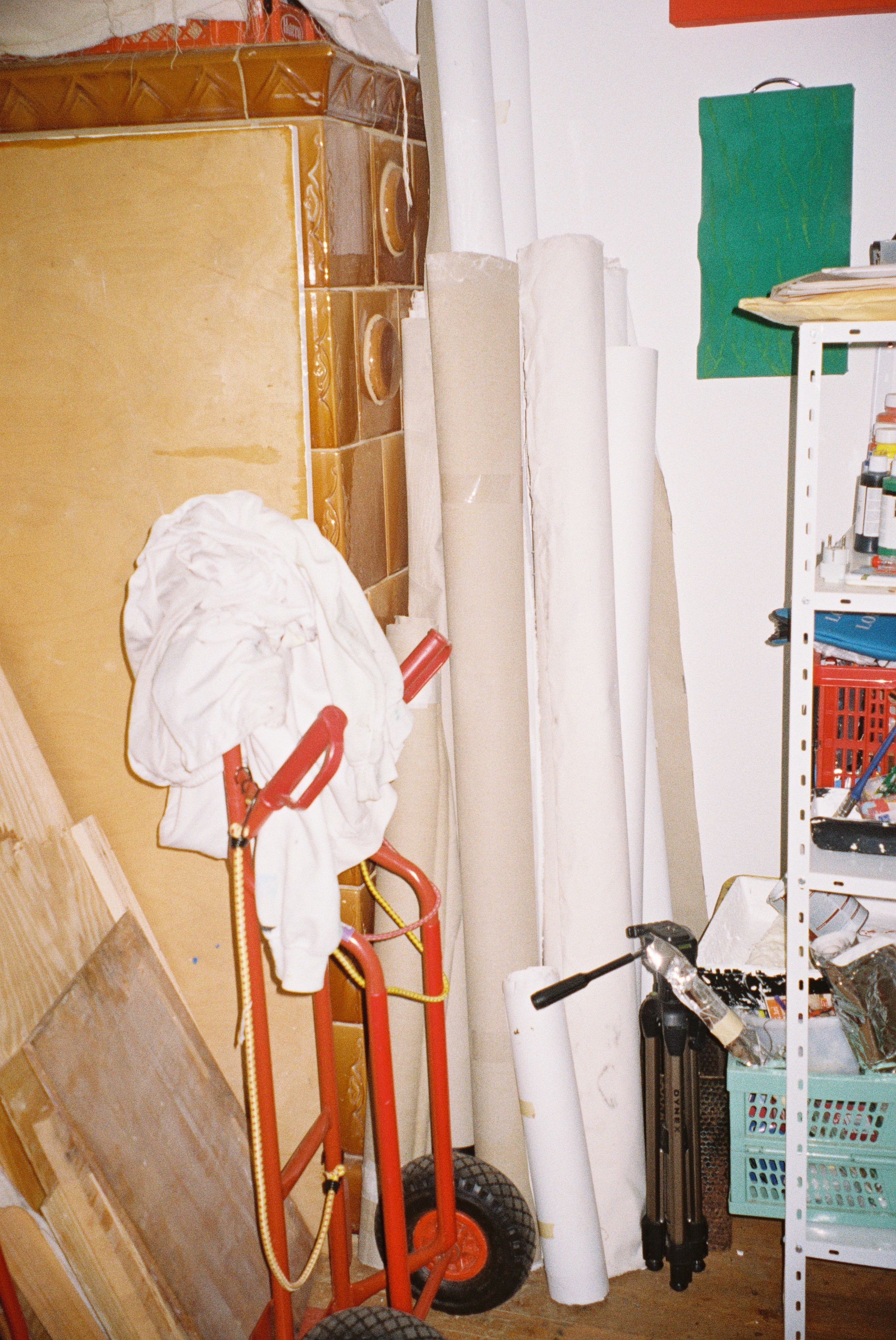 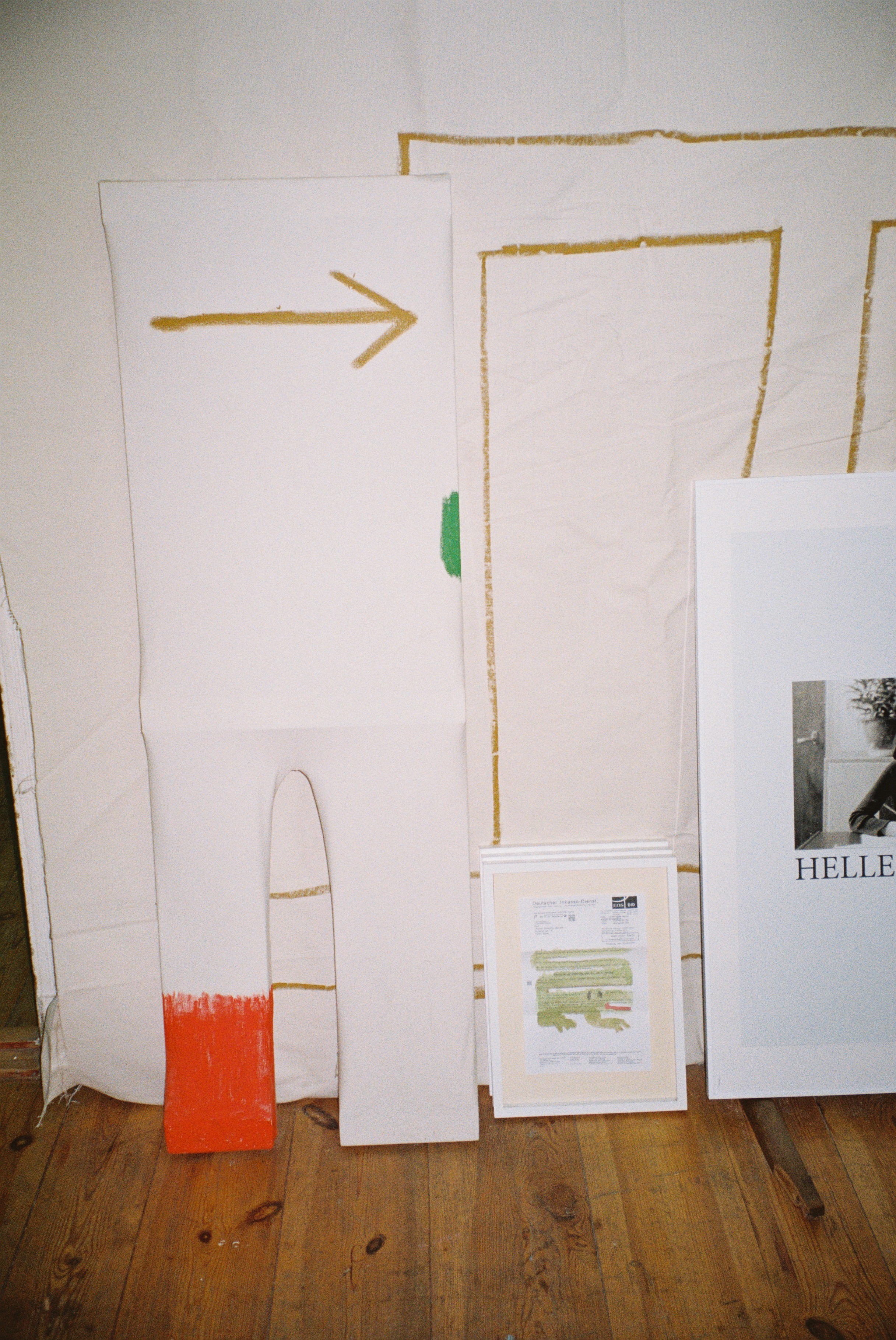 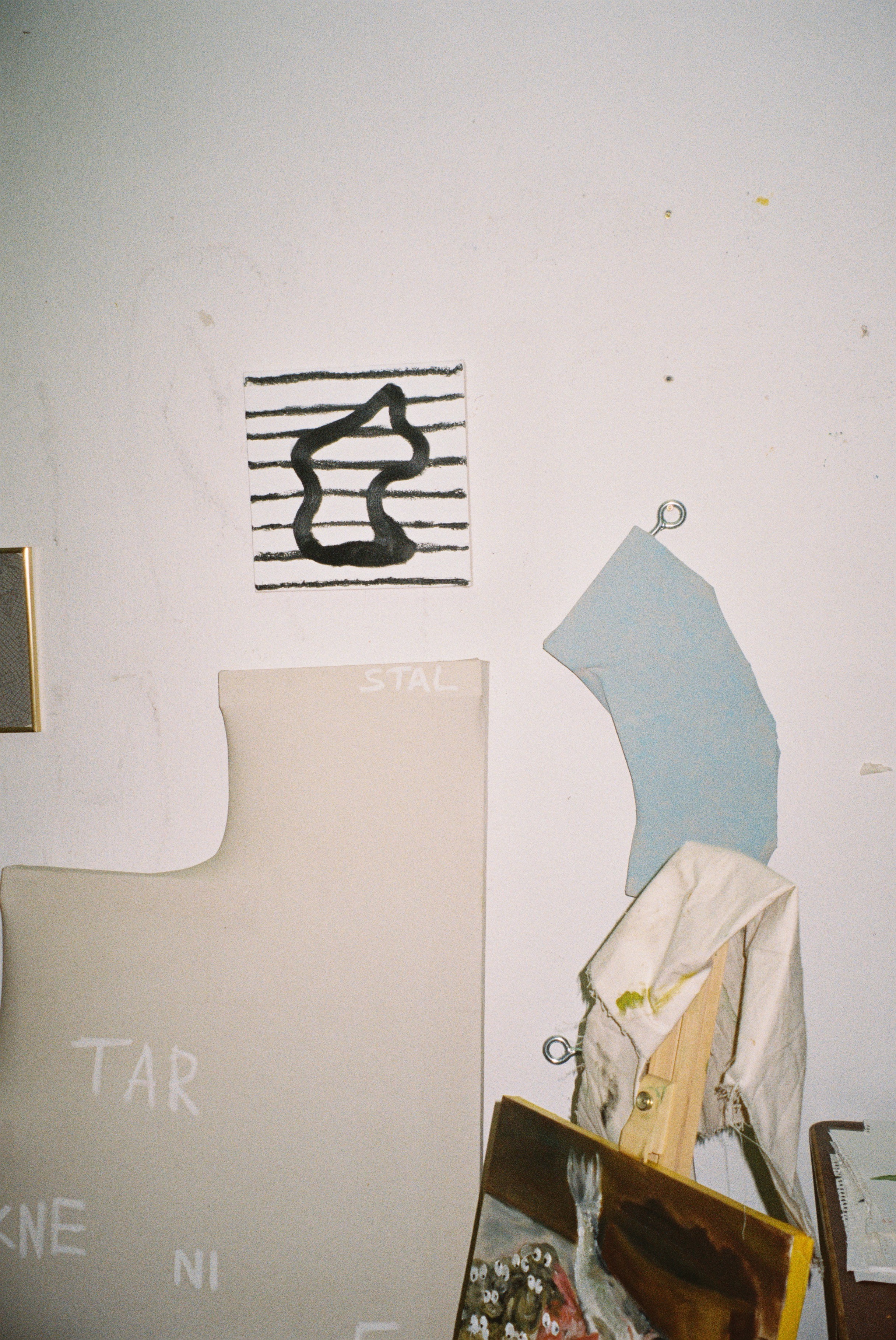 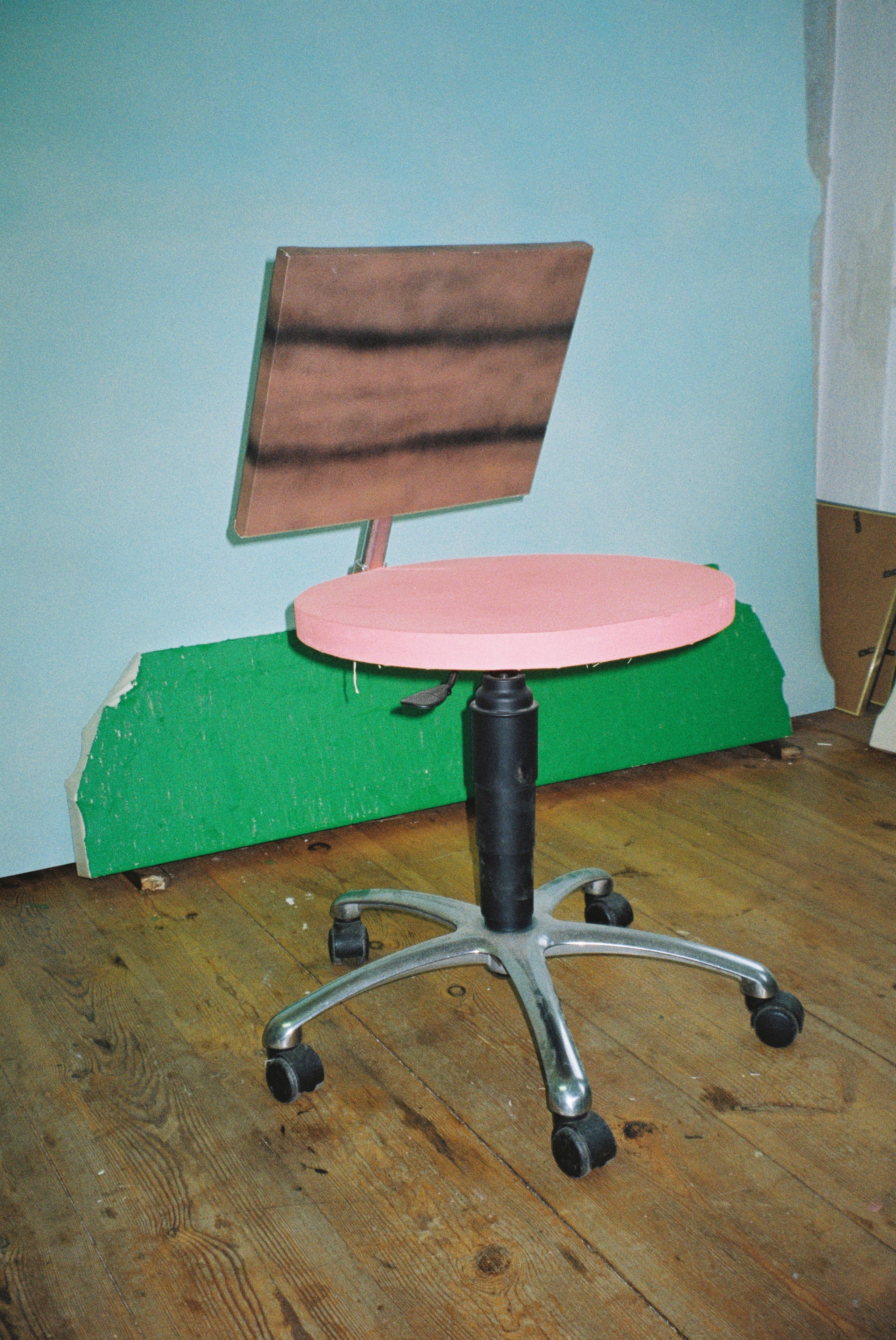 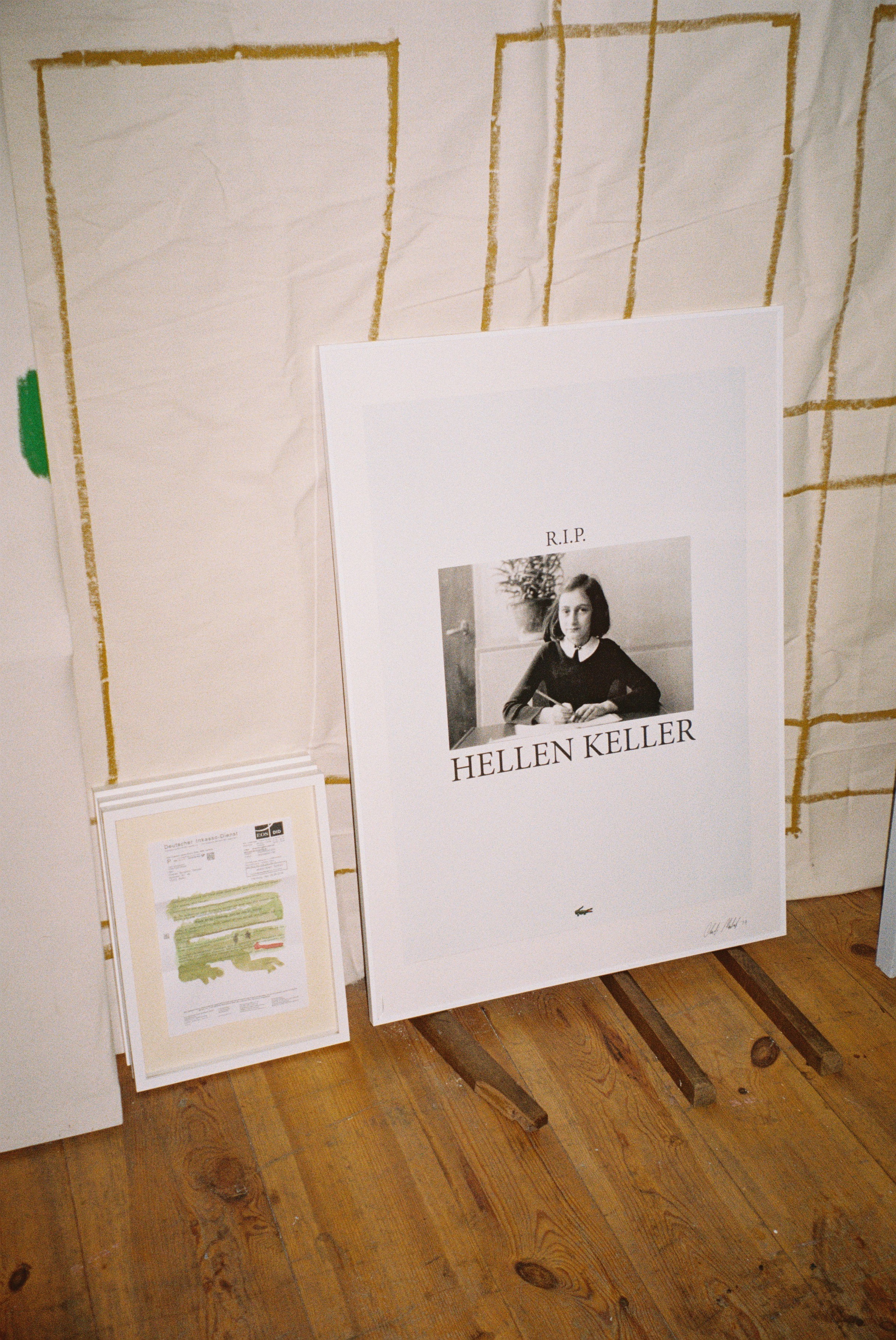 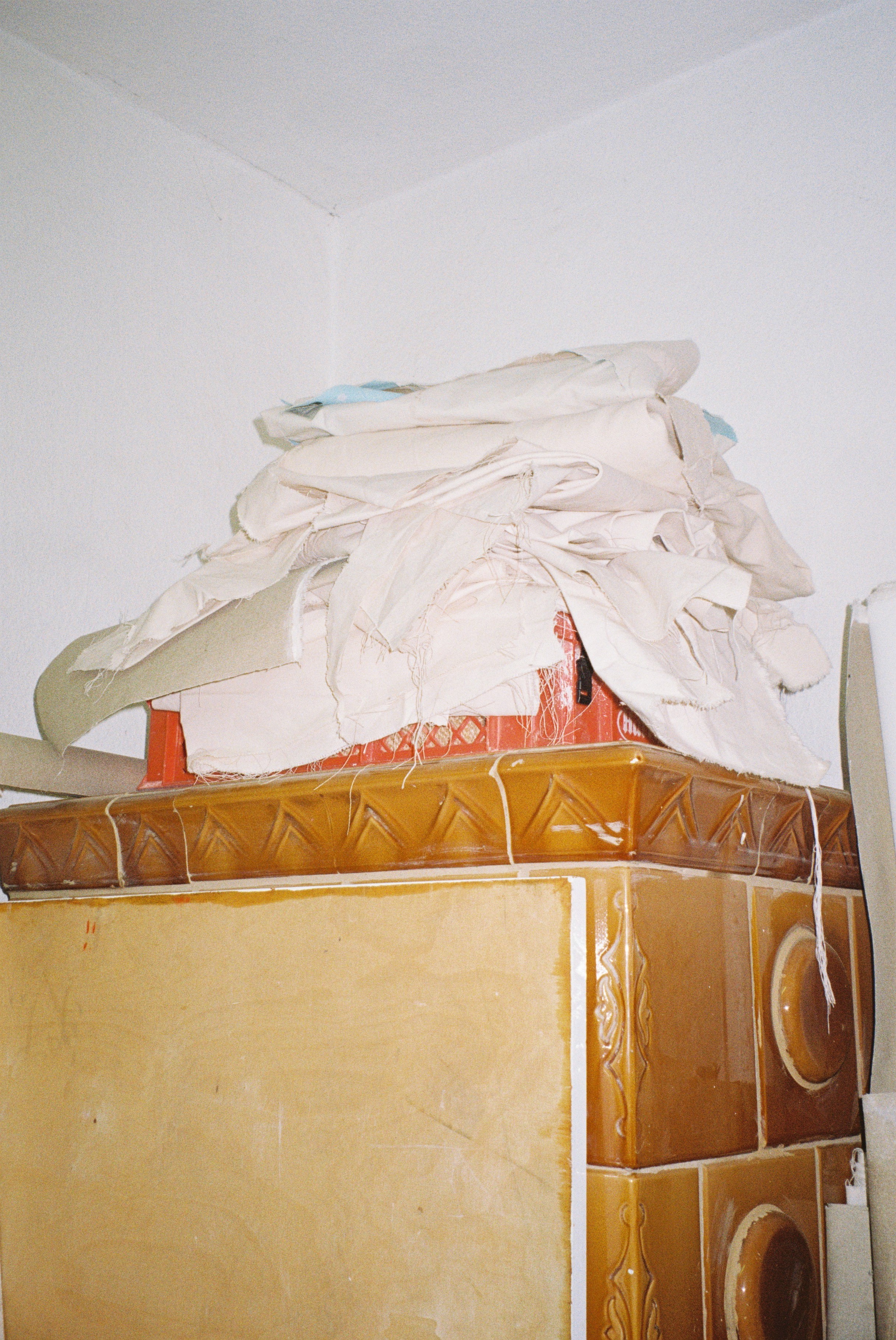 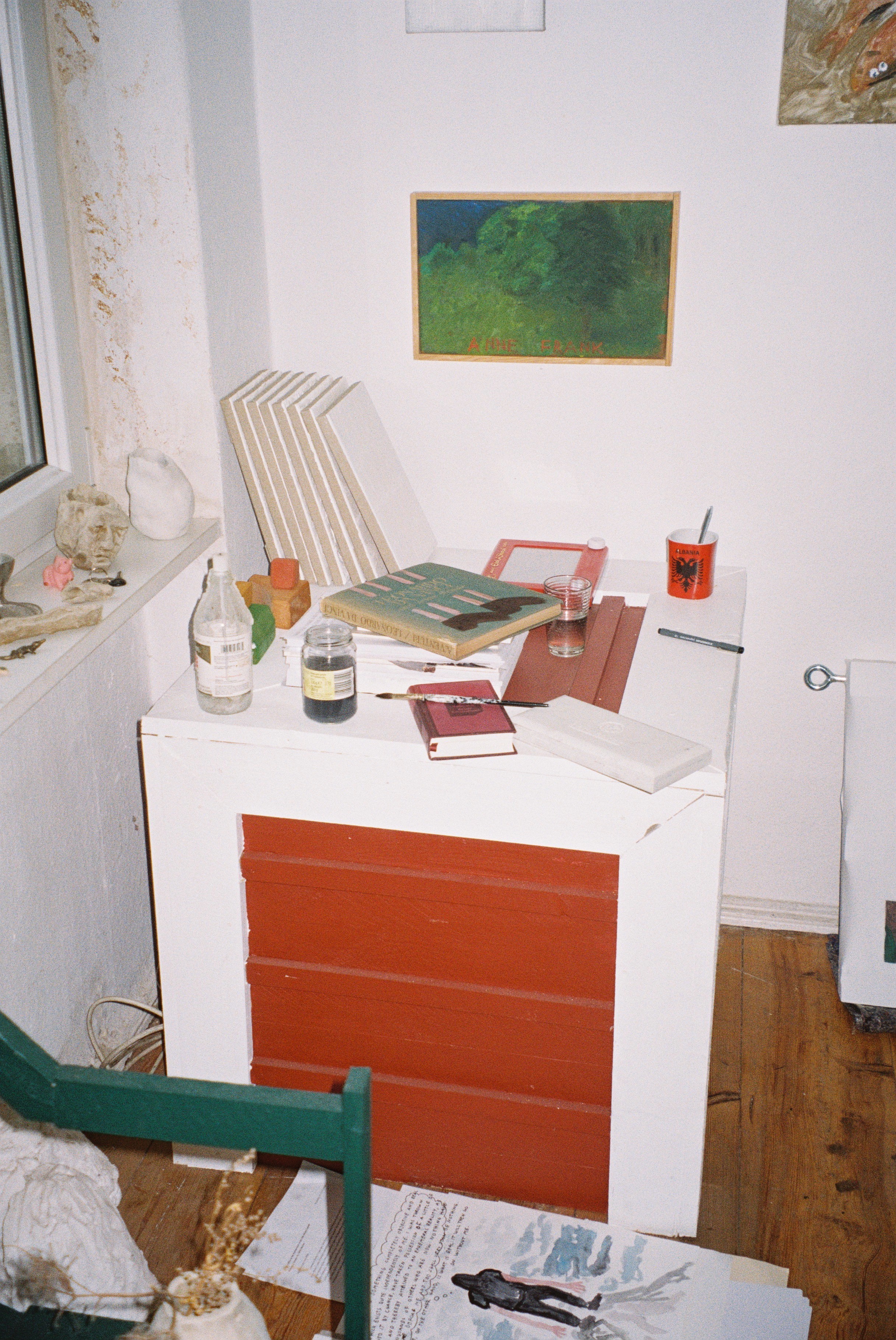 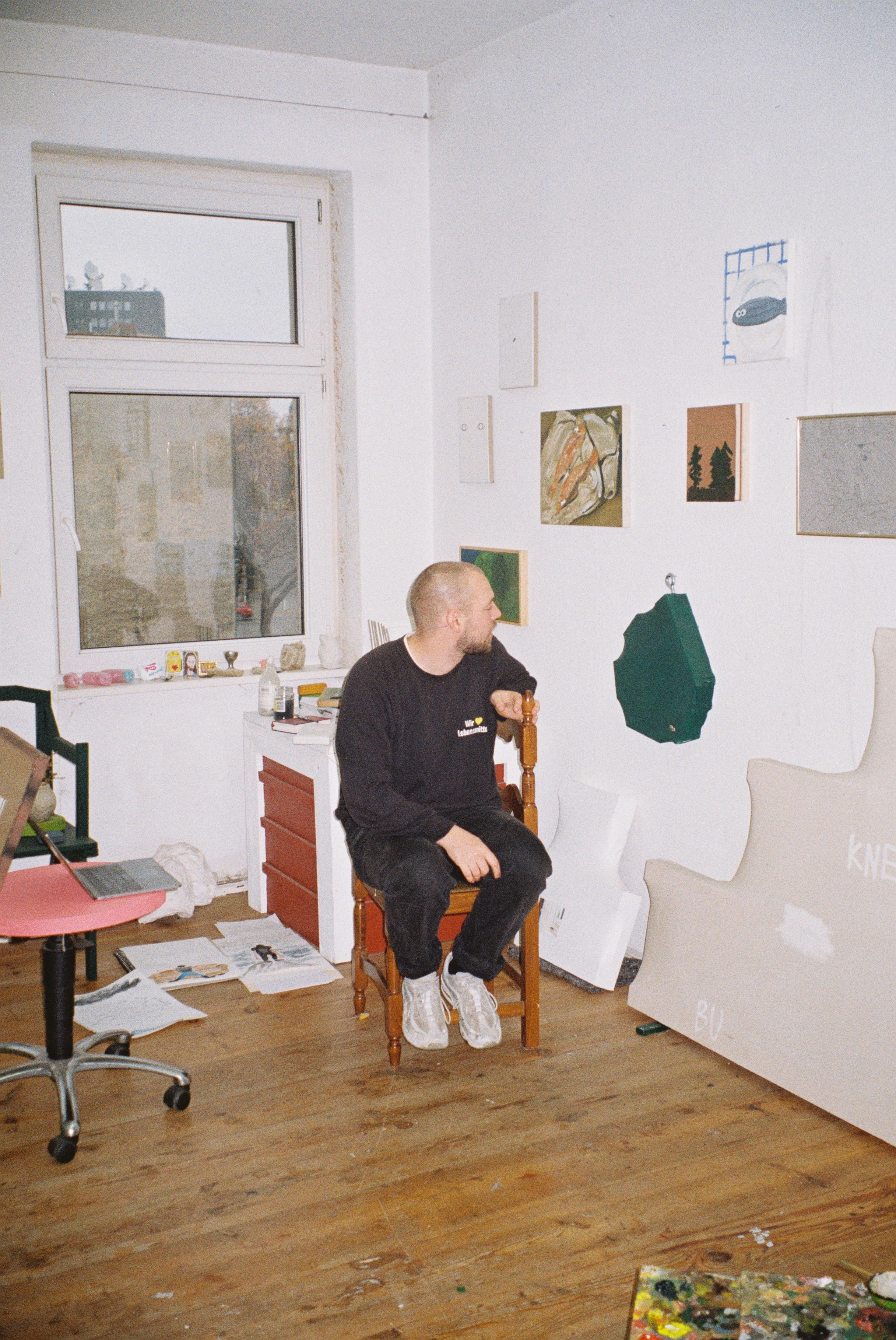