In the Studio with Beatriz Olabarrieta.

In the Studio with Beatriz Olabarrieta.

I believe you have recently completed a site-specific project and installation in your hometown of Bilbao, can you talk a little about the installation, its concept, and how it came about?

Yes, I was invited to work for a month on a site specific project at an artist run space in Bilbao, Okela Sormen Lantegia, which has occupied an old butchery for eight yers now.  A lot of architectural changes were made - such as cement form works - that attempt to repair and level the uneven floors yet alter-disrupt considerably the spatial perception (weight and proportions) and also worked subtly with the lighting and other structural elements of the space. These transformations are pretty visible to the local art scene while rather invisible to the foreign-eye ́ It felt appropriate to work in this hidden way due to the physical and ideological stance of the organization. There are some metal pieces too: steel pipes pressed individually with a hydraulic press and later sandblasted. They vaguely refer to animal parts, mechanisms or even tools as they bounce well with the rest of the functional metal remains of the butchery. The space is divided into many rooms some very run-down which makes it quite hard to apprehend the whole intervention through pictures (I quite like this) It was said by many how I turned -without spectacle- the entire place into an exhibition, as it made the viewers more ́alert ́ to details and to question what may or not been there before. Someone named it AN ACUPUNCTURE of space.

Returning to your birthplace of Bilbao after so many years to work on a project. I want to know how did the city inspire you in the 1st place and how was it working there on this project?

When I received the invitation I got very excited, as it is now twenty-two yers since I moved away from Spain and I had not been back to Bilbao for over ten yers. Also, I have never really worked there so I was curious how it would be. These positive or rather romanticised emotions soon started changing once I got there, and it all became a bit heavy, like dealing with old ghosts. It was interesting how the inherent violence of the actual space (the butchery) was almost mirroring my inner process: I was experiencing a strong sense of misfit or mistranslation. I hardly ever talk Spanish anymore and Basque even less, but mainly, of beingroot-less. However, these complex feelings provoked new ways of working, I mean, isn’t it a funny coincidence that for the first time ever, I decided to use cement to try and level the ground-ramps of a space, to try and modify the actual building, as if it was an object, the territorial-object? Yesterday I saw the title of a project that I liked: Things for houses and houses for things.

Are there any specific artists that you feel have had a big impact on you and your work as it has developed?

So many of course, but I would say that studying and working in UK for eighteen yers, obviously had a major impact on my thinking and its core development. Actually, when I started my BA at Wimbledon School of Art in 2001 it was in Theatre Design, and it was while being there that I realised I wanted to join the Sculpture Course instead. It was mind blowing. I had never seen such possibilities before, the British art education at that time, cracked me open and basically changed my life forever, boom.

There are many different facets to you practice and you will often create installations with text, objects, and imagery. What informs the choices you make when approaching a work?

It often feels like moving through layers of information and in a non-lineal domino effect kind of process: spatially, materially, socially, the economics! and of course what ́s happening internally and around us - outside of Art. For example, last year, during the pandemic, I had to move houses six times in Berlin, so unavoidably this affected the work that I have been recently producing, as said before, way more concerning ideas on the public/ private sphere/ property, on fragility, self-sufficiency and about house keys too.

Is there specific source material that informs your work?

At the moment I am reading Rossi Braidotti, Nomadic Subjects, again. But its original version in Italian :Madri Mostri Machine (Mothers Monsters Machines) and Catherine Malabou: the relation between habit and the fold. ‍

View, Coyote, Galería Marta Cervera, Valencenia, 2021, courtesy of the gallery and the artist.

What kind of experience do you hope the viewer has with your work and what responses are you seeking?

To keep on seeking.

Because your work can often be so site-specific, I am intrigued as to how you plan your work you mentioned you do not have a specific studio?

This is a key point to my practice and would be too long to answer properly… but yes, in recent years, the exhibition space has been kind of been my studio,. Actually making most of the works on site, reacting in a limited amount of time to each architecture ́, with the materials at hand and the social context around each specific project or institution. Feels Iike I am working very much with presence, and in real time.  For example, the box-structure piece part of Coyote (a solo show at a gallery in Madrid one year ago) is representing a studio or factory of production line, as well as a semi-confined structure for the obvious corona reasons. Looking back now, I can see that working in this way, was due to a lack of means (time and money) which added a lot pressure, also excitement, but we cant always connect that fast with a whole new environment. I think it is cool to find a tension between something solid or set and something liquid and flexible. I will refer again here to Matthias Goeritz: Emotional Architecture Manifesto.

How do you source the materials you employ?

In recent projects, I have been using industrial affordable materials, normally those for exteriors. My show Medium at CentroCentro in Madrid (2020) included large ventilation tubes that were modified thru the weight of our bodies (the technical team ́s and my own) – and I also used a lot of rejected materials from other exhibitions that had previously happened at the institution.

Do you have any rituals when working?

Swimming as often as I can. Writing endless lists of titles. Insomnia.

What are your upcoming goals for the rest 2022 and 2023? Do you have any specific shows planned?

I have started making new kinetic works. And I have a few shows coming up this summer in Berlin (dates tbc). 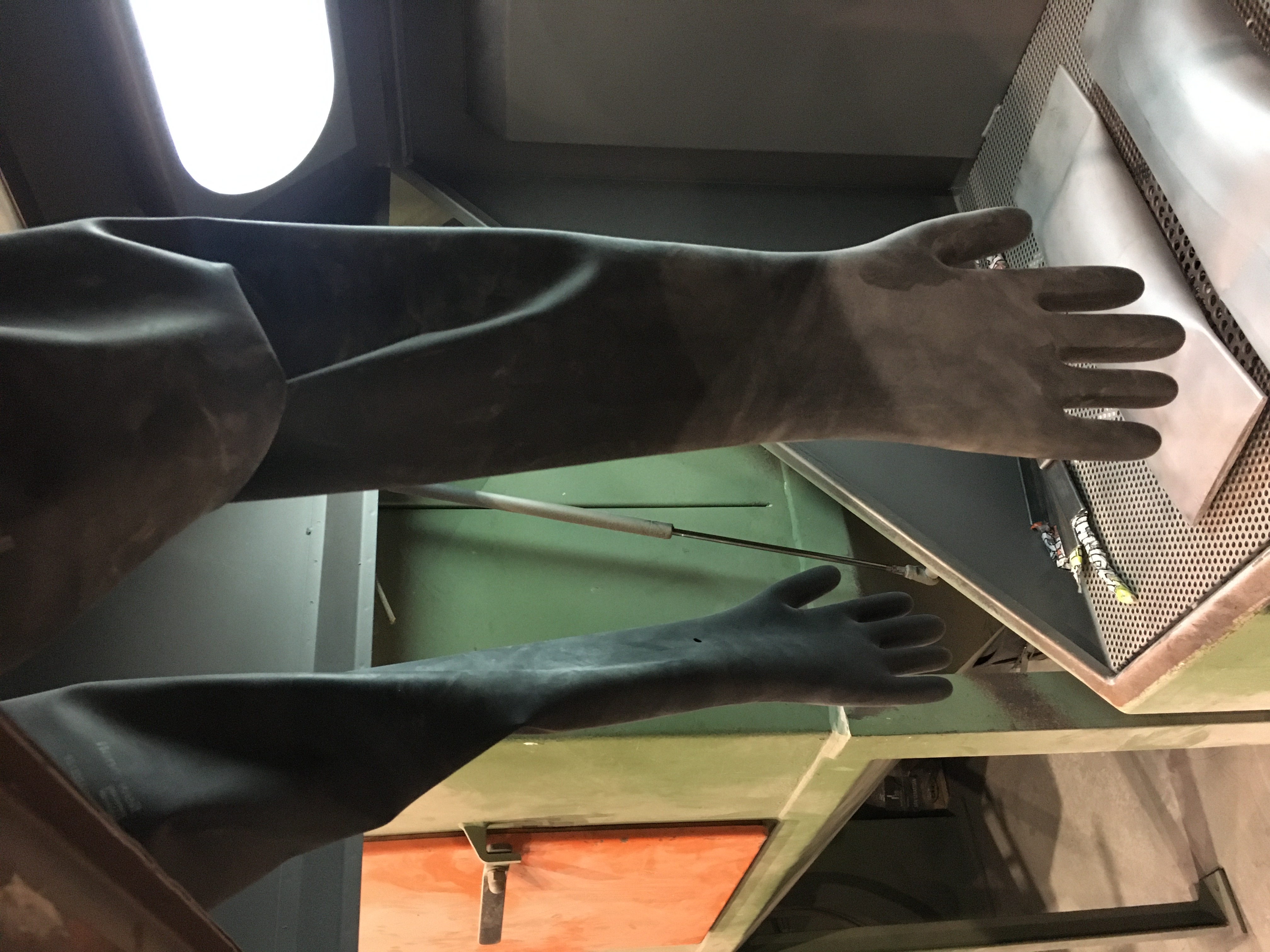 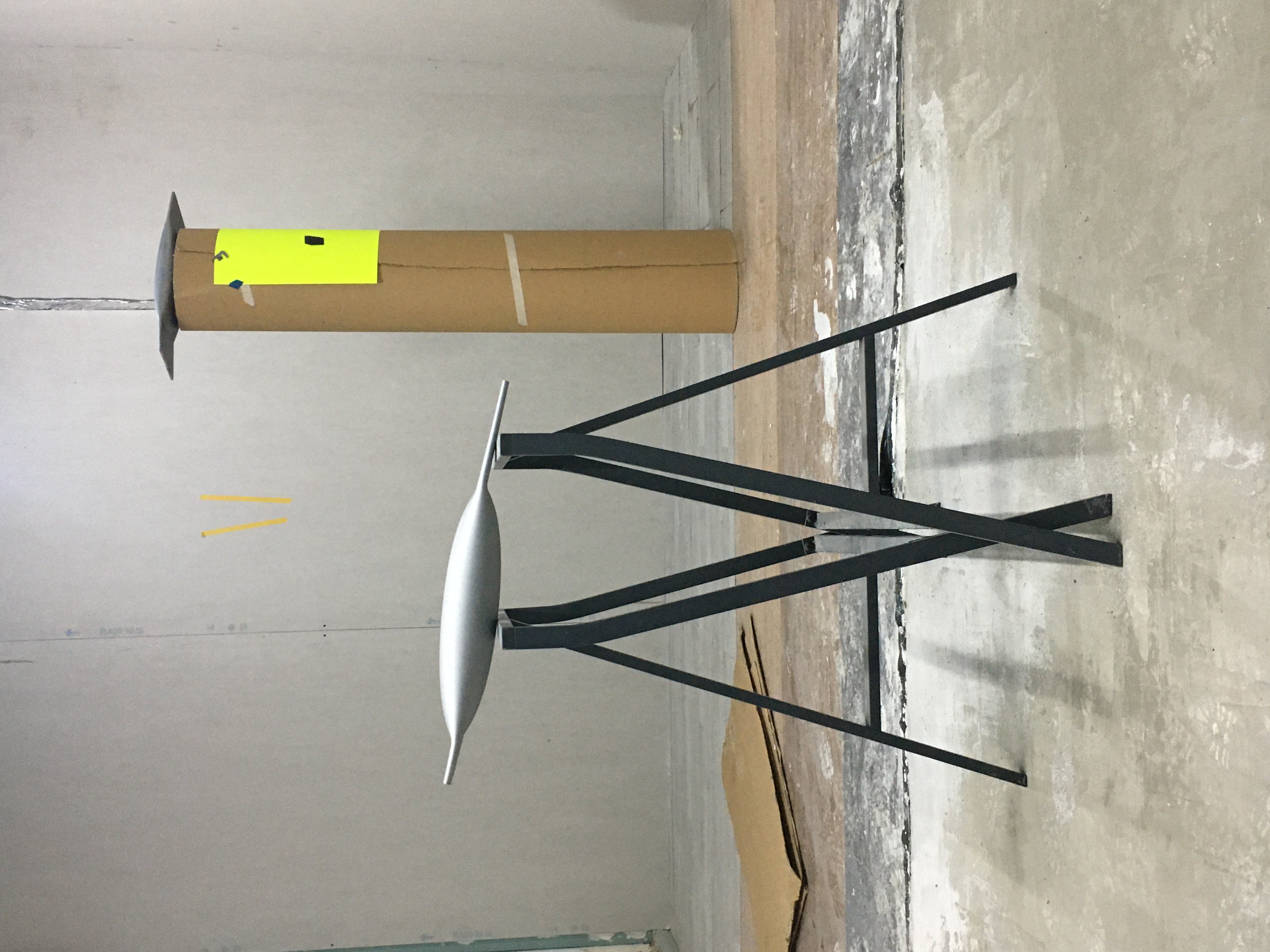 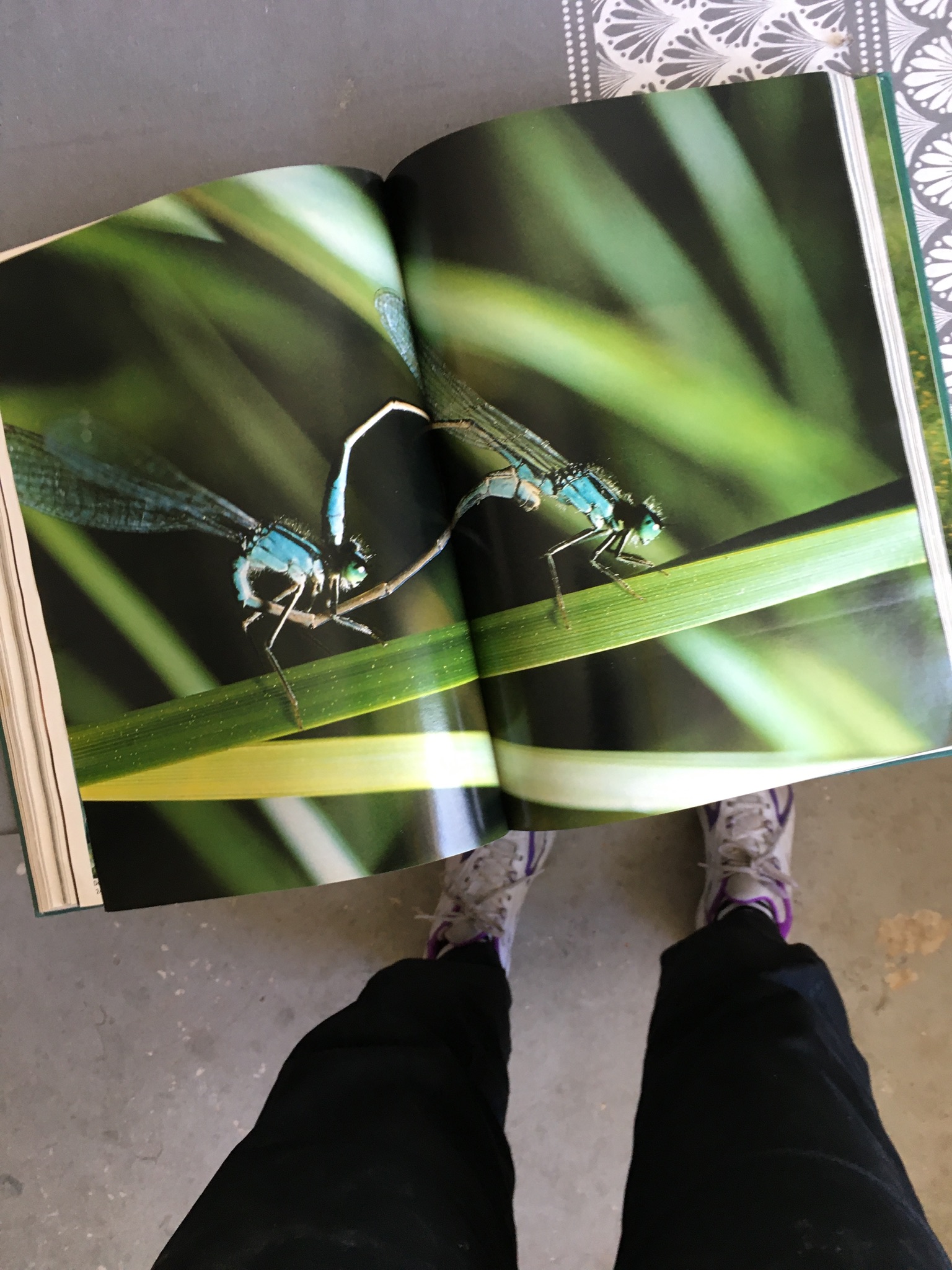 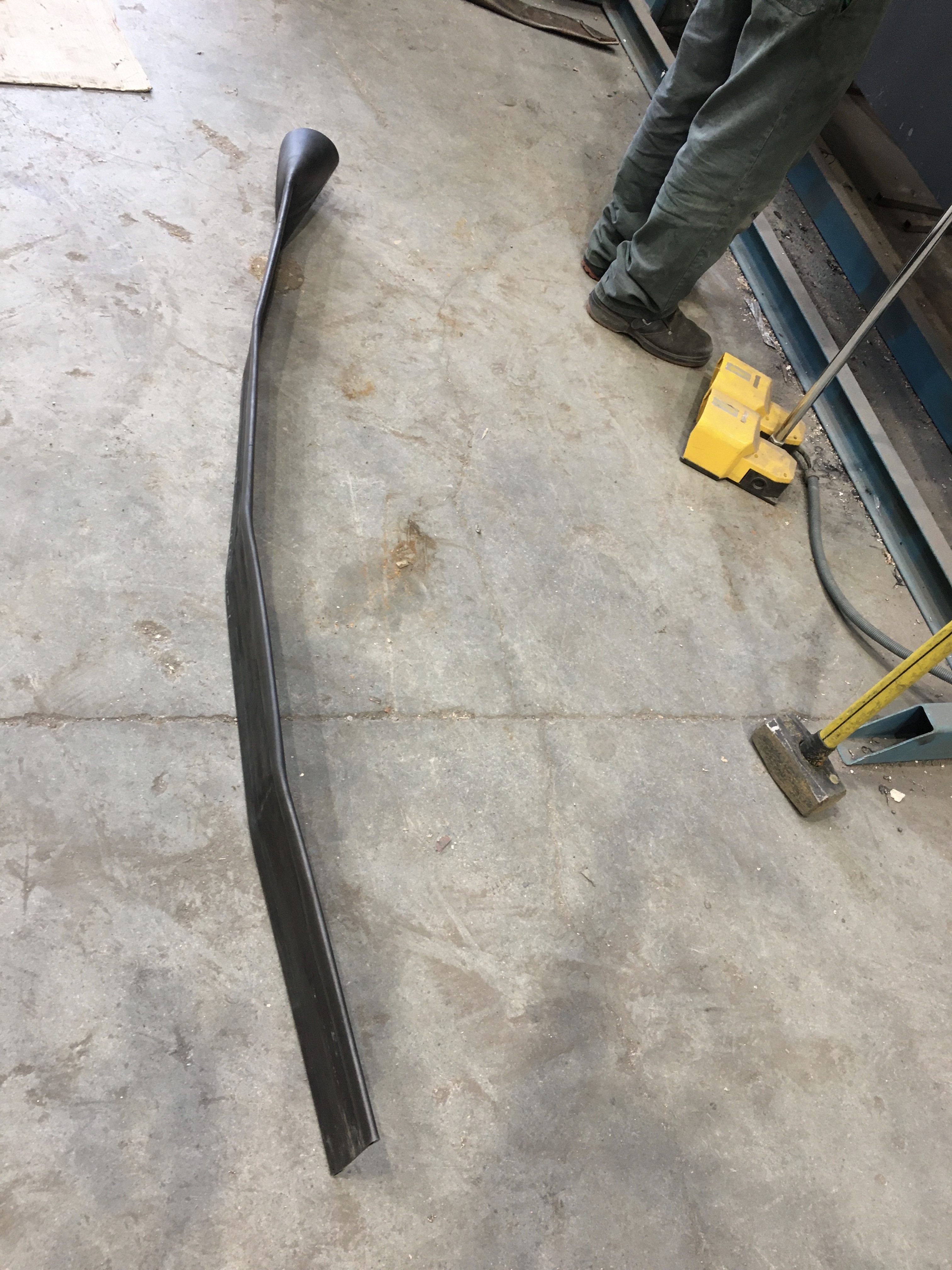 No items found.
Images courtesy of the artist