In the studio with Álex Marco.

In the studio with Álex Marco.

The subject image lacks any specific meaning, there is no focus. It is a visual idea, an excuse to promotethe painting itself as the main character of the artwork.

My work is an exercise in pictorial simplification, clear and concise, which addresses the contribution of blackto the dialogue and the diffusion of the shape on the raw surface of the canvas. The edges of each pieceform an infinite space where the shape recochets indefinitely, propelling unlimited symbolic expansion. Astructured visual line is provided by the degradation of the image. Like a spinal column where the piecessupport each other with a beginning and an end, where the preceding pieces are necessary for the followingpieces, and the final pieces are necessary for the preceding ones.

My visual arts investigation emphasises a benchmark capable of transforming towards new channels ofrepresentation through the primitive and basic application of paint.

My work questions pictorial flexibility by means of graphic reflections on the play between ink and writing.The pieces represent a commitment to painting, the drawn line, and the mark, comparing the gesture andprocess to that of writing, language and oriental visual arts cìphers.

Could you tell us a bit about when you started engaging with art? Were you creative as a child?

Yes, I started from a very early age.  I would start drawing anywhere anytime, in any free moment, in the middle of my lessons at school, I didn't need any excuse, it just happened spontaneously.  I still have my first signed and dated painting from 1993, 24 years ago (although there were many before that which have since been lost).  Later as a teenager I would draw more than paint, and I decided very early on that I wanted to study Fine Arts, and right up to the present it has all been a very natural process.
‍

Can you talk us through an average day at the studio?

Every day really is a new day with new rules, I don’t usually follow any strict order, although I do follow certain procedures.  When I go into my studio I observe everything for a long time, everything on the walls, the work I've produced in the previous days and I look to see if they are still current and still work for me.  From there I start to make new marks on the canvases.  I stop a lot to look at books, to stage "micro exhibitions" in my studio to see how the pieces work together, later I'll have a quick bite to eat and then as a general rule continue working until mid-afternoon.  There are days when things don't work well and I leave early.

Do you have any rituals before you work?

No, not really.  I follow lots of different rituals, it all depends on whether I go on the computer when I wake up, or if I don't play bass guitar before leaving home, there are also days when I have breakfast with any of my friends before going to the studio.  On balance, my only ritual is that I always do something different before starting work, I can't go straight into the studio, I need other things to happen before I start work.

Basically everything comes from outside.  The social and personal inspiration I pick up on a day-to-day basis are all experiences which are useful to me to say something or even sometimes to forget.  Art stimuli provide me with other things such as energy and beauty, as well as the opportunity to reflect on the world in general from an art perspective, it shows me why I do what I do and how I do it.

Can you talk a little bit about your process when creating a piece of work, where does it start?

I start in a very basic way, with a line or mark.  I generally start with a drawing already used in one of my previous works.  I tend to repeat the opening strokes of my own works to later reconstruct them into something new, that's the starting point.

Could you talk about the writing in your work, where do the words come from and what role do they play?

I used text and writings in some of paintings as a result of the book "Escritos sobre pintura" (Essays about painting) by Henri Michaux, in which the formal and methodical values of oriental writing are compared to the most organic graphic markings.  When I introduced text in a couple of my paintings I understood what Michaux was saying in his book.  I adapted my creative stance towards the painting working the text in the same way as a drawing, I was free to interrupt the phrases wherever I wanted, continue them on a different plane, etc.  Besides, the texts were extracts from the book itself, so that the artworks gained a very appropriate meta-pictorial value.

Do you produce work very fast or do you need lots of time to finish a painting? And how do you know when a painting is done?

It's all relative.  I work many pieces at the same time as an ensemble without deadlines, with a very fluid progress, which when the time comes, allows me to finish many pieces at once.  The pieces don't necessarily have a beginning and an end, I keep working and adding new things every day.  Everything gets moved around and when the artwork surprises me is when I consider it finished, and I leave it be.  The surprise or the discovery is important to my working style.

Some of your earlier work involved a lot of colour but you seem to have stepped away from this in these works, why is this?

Let's say that I've always been interested in saying the same things through painting, but in a more basic and direct way, without lots of graphic or colourful ornamentations.  Boldly.  Painting in a more constructed and colour-rich way was a form of apprenticeship for me, a necessary step in order to voluntarily detach myself from it.  If I had not gone through that phase I would not be doing what I do now.

You say your work talks about lacking any specific meaning, and that there is no focus, it is simply a visual idea. Is this to say that there is also no emotional involvement with the works you produce?

Not exactly.  It does have emotional content and a meaning which is centered solely in the discussion and context of the painting.  My work discusses its infinite ranges, forms, the painting as a tool for communication and expression.  My painting talks about painting, its visual impact on the viewer.  It is always open to free interpretation.  I often start with a figurative idea that ends in abstractions discovered during the creative process.  I'm interested above all in the descriptive ability of the basic and primitive, direct and sincere, painting experience.  As they say: "less is more".

Does this mean you leave your work completely open to interpretation? Or do you think the viewer should engage with your work in the way you have described?

It all depends on the eye of the beholder.  We always tend to identify forms for our own convenience and needs to cement ideas, and in fact I seek the opposite to a certain degree.  I like uncertainty in artwork and especially in painting, and that it's not bound by anything, always alive and adapting itself to the times.

Do you feel afflicted to any specific movement or group of artists? Historical or contemporary.

I'm not sure, perhaps by Abstract Expressionism?  I think that a good artist's strong point is the ability to get on well with all that surrounds them, one must always be prepared for changes and needs when your own artwork demands it.

What interests you outside of the art world?

Going out, music, skateboarding, movies, video games, good food/eating out, antique and collectible shops, traveling when I can….

What artwork have you seen recently that has resonated with you?

Any work by Clyfford Still, although I was also very impressed by Raoul De Keyser when I saw him at David Zwirner New York in 2016. 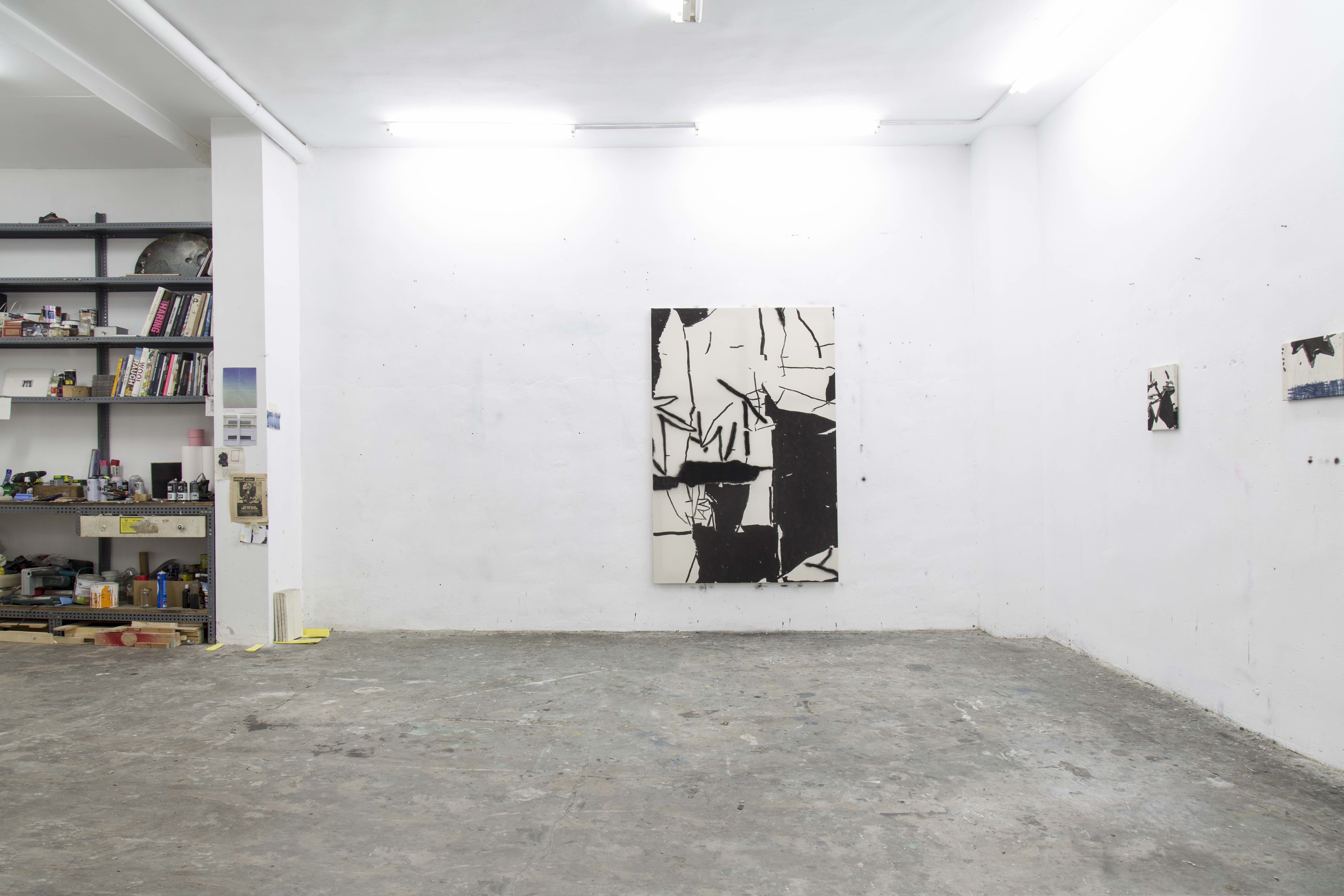 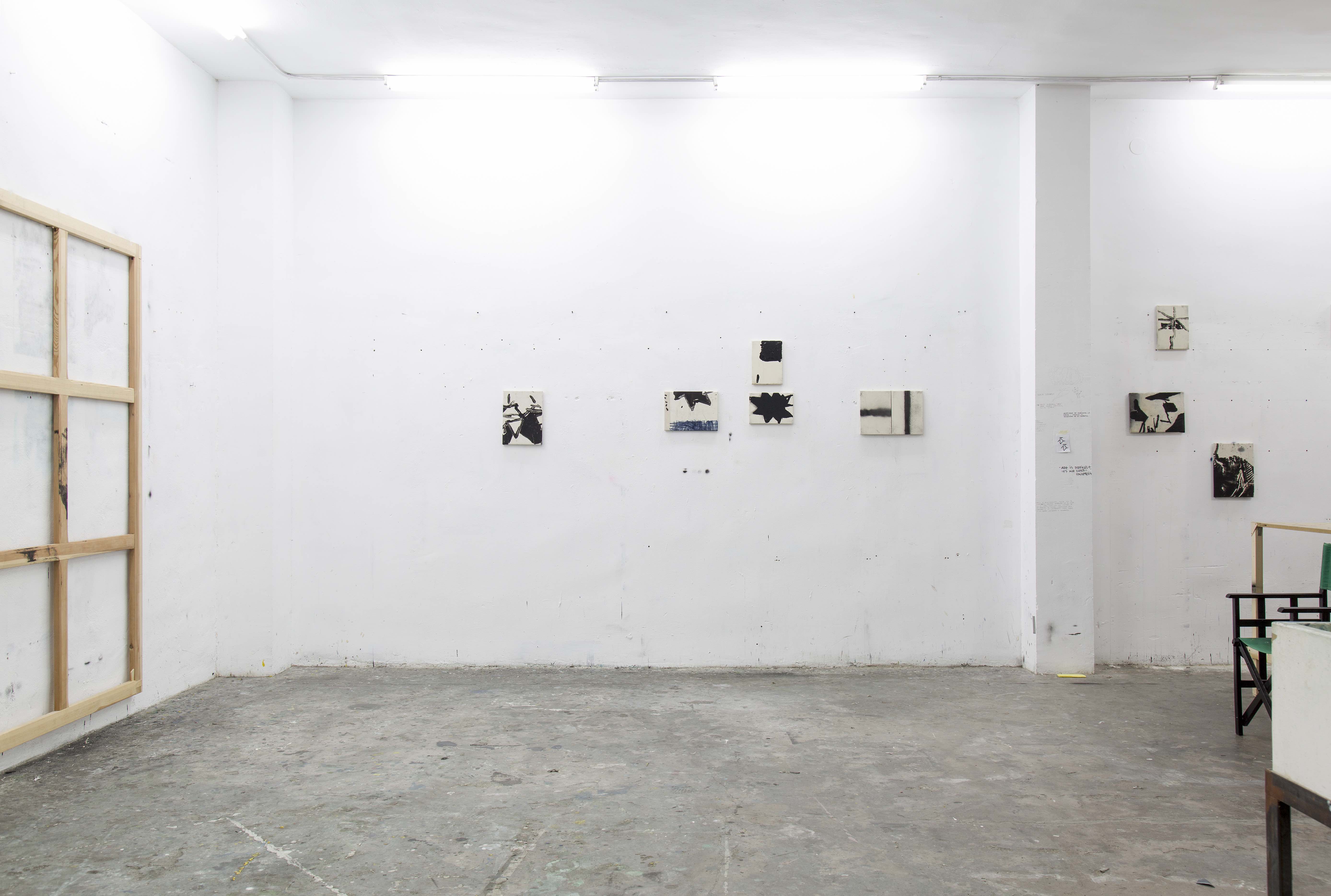