James Cohan is pleased to present Something American, an exhibition of new work by Trenton Doyle Hancock, on view from September 17 to October 17 at 48 Walker Street and 291 Grand Street. The exhibition will span both of the gallery’s locations, with new paintings in Tribeca and a presentation of the second chapter of Hancock’s ongoing graphic novel in the Lower East Side. This is the artist’s seventh solo exhibition at James Cohan.

Over a career spanning nearly twenty-five years, Trenton Doyle Hancock has created a singular body of visual art that exuberantly subverts and synthesizes his omnivorous influences to invent a world entirely his own. This exhibition features new paintings that demonstrate the breadth and dexterity of Hancock’s practice: explorations of never before seen corners of the Moundverse and densely layered and collaged reexaminations of Hancock’s extraordinary iconography. These works contend with American identity and cultural expression, while confronting the ever-evolving, attendant structures of white supremacy. Hancock brings these forces into his fantastical universe in order to grapple with them—this metaphorical space, while it invites parallels to our own, is entirely under the artist’s control. In this exhibition, the artist takes us on a deeply personal journey through the multivalent facets of the self. His superhero embodiment Torpedo Boy, an American football gladiator, and the artist’s self portraits all echo the contours of his mind, rendering visible a rich interiority. Hancock’s artmaking becomes a strategy of radical autobiography and a way of seeing, of looking closely both at the world outside and deep within oneself.

Central to the exhibition are several paintings depicting an imagined meeting between the artist’s alter ego Torpedo Boy, a black superhero, and the buffoonish Klansmen that populated Philip Guston’s paintings.

Hancock prizes the ambiguity and the mutability of this moment, and has returned to it again and again. As he notes: “The more you dissect the image, the more it becomes fraught with historic tension and with my own history as a painter. It keeps feeding itself as an image. The item that is exchanged between them changes the narrative each time.” In Step and Screw: The Star of Code Switching, the Klansman hands a lily-white Torpedo Boy a sentient, heterochromiac starfish of Black and white fingers. Text embedded within Hancock’s painting both drives the narrative and acts as a central visual component. Here, the verbal exchange between—as well as the interior thoughts of—the central figures of Torpedo Boy and the Klansman are collaged within the outlines of their respective bodies. The hooded figure implores the “white as a ghost” hero to take the proffered object, promising that “it will help you live longer” and that “you’ll be back to your old color in no time flat.”

In two monumental paintings, an undulating pattern of black and white figures surges against the surface of the canvases within densely-packed landscapes imbued with a visceral, almost overwhelming intensity. Beyond the bodies of these creatures known as Bringbacks, a rich wash of red, and shifting, oceanic tonalities of orange and yellow allude to a depth that invites the viewer into the painting. These works are heavily layered in Hancock’s signature style, incorporating drawing, collaged paper, bottle caps, fur, and paint. Upon closer examination, the paintings' sculptural elements and daubs of heavy impasto emerge from the landscape to reveal a sea of watchful, bloodshot eyeballs that confronts the viewer, piercing the boundary between two and three dimensions.

A large, iconic portrait of a helmeted head titled It's Just a Matter of Trust at this Point (for Chadwick) intermingles fiction, autobiography, art historical reference, and cultural commentary. Hancock illustrates his doppelganger Torpedo Boy clad in his battle armor: an American football uniform. The face mask of his football helmet is as if crafted from the bones, in an ultimately unsuccessful attempt to deter his ossiform enemies. There is an Olmec quality to the head, yet the work also recalls Charles White’s heroic portraiture of Black Americans in the 1930s and WPA-era representations of strength. As an adolescent in Texas, Hancock played football, an unequivocally and evocatively American obsession. Football is deeply enmeshed within notions of American masculinity, and has been presented within popular culture as a heroic narrative of masculine grit and character. Hancock often co-opts the trappings of the game in his work, mining his past to weave an exploration of cultural values into his own proxy hero’s journey. As he notes, “Torpedo Boy is a vehicle to display and deal with artistic power and desire.”

In a more intimate moment, Hancock’s subliminal self-portraits rearticulate and deconstruct forms and figures from his idiosyncratic personal iconography. These paintings expand on metaphysical interpretations of the artist’s dreams, the invented symbolic language that has long been a hallmark of his work, and the idea of self-portraiture as exploration of the artist-as-archetype. The artist’s body becomes a testing ground, subjecting the self to the externalized effects of interior tensions—in the form of a face vivisected by crosses or a quatrefoil skin that draws upon a memory of the artist’s grandmother’s tile floor, for example. In Becoming the Toymaker, Phase 11 of 41: Attack Me With Her Lovely Strange Candy, disembodied hands pull at a gaping maw, stretching back the artist’s lips in a jack-o-lantern grin to reveal an oral cavity patterned in Hancock’s signature quatrefoil. Here, the artist is literally torn apart by his own creation.

On view concurrently at James Cohan’s Grand Street location is a suite of new ink-on-paper works that comprise the second chapter of the artist’s most visionary drawing project to date: Trenton Doyle Hancock Presents The Moundverse. Designed as a traditional graphic novel, the intricate black and white illustrations provide a narrative master class in the characters and mythologies that have ruled Hancock’s work for the past twenty-five years. The overarching narrative of his graphic novel places Hancock’s heroes and villains into a setting where he can speak about Americanism and talk back to the world at large.

Trenton Doyle Hancock was born in 1974 in Oklahoma City, OK. Hancock was featured in the 2000 and 2002 Whitney Biennial exhibitions, at the time becoming one of the youngest artists in history to participate in the prestigious survey. In 2014, his retrospective, Skin & Bones: 20 Years of Drawing, at the Contemporary Arts Museum in Houston traveled to Akron Art Museum, OH; Studio Museum in Harlem, NY; and Virginia Museum of Contemporary Art, VA. In 2019, a major exhibition of his work, Mind of the Mound: Critical Mass, opened at MASS MoCA, North Adams, MA. His work has been the subject of solo exhibitions at institutions including Locust Projects, Miami, FL; Temple Contemporary, Philadelphia, PA; Contemporary Art Museum St. Louis, MO; Ringling Museum of Art, Sarasota, FL;, Weatherspoon Museum, Greensboro, NC; Modern Art Museum of Fort Worth. TX; Museum of Contemporary Art, North Miami, FL; Institute for Contemporary Art at the University of Pennsylvania, Philadelphia, PA; Olympic Sculpture Park at the Seattle Art Museum, Seattle, WA; Fruitmarket Gallery, Edinburgh; and Museum Boijmans Van Beuningen, Rotterdam, The Netherlands. 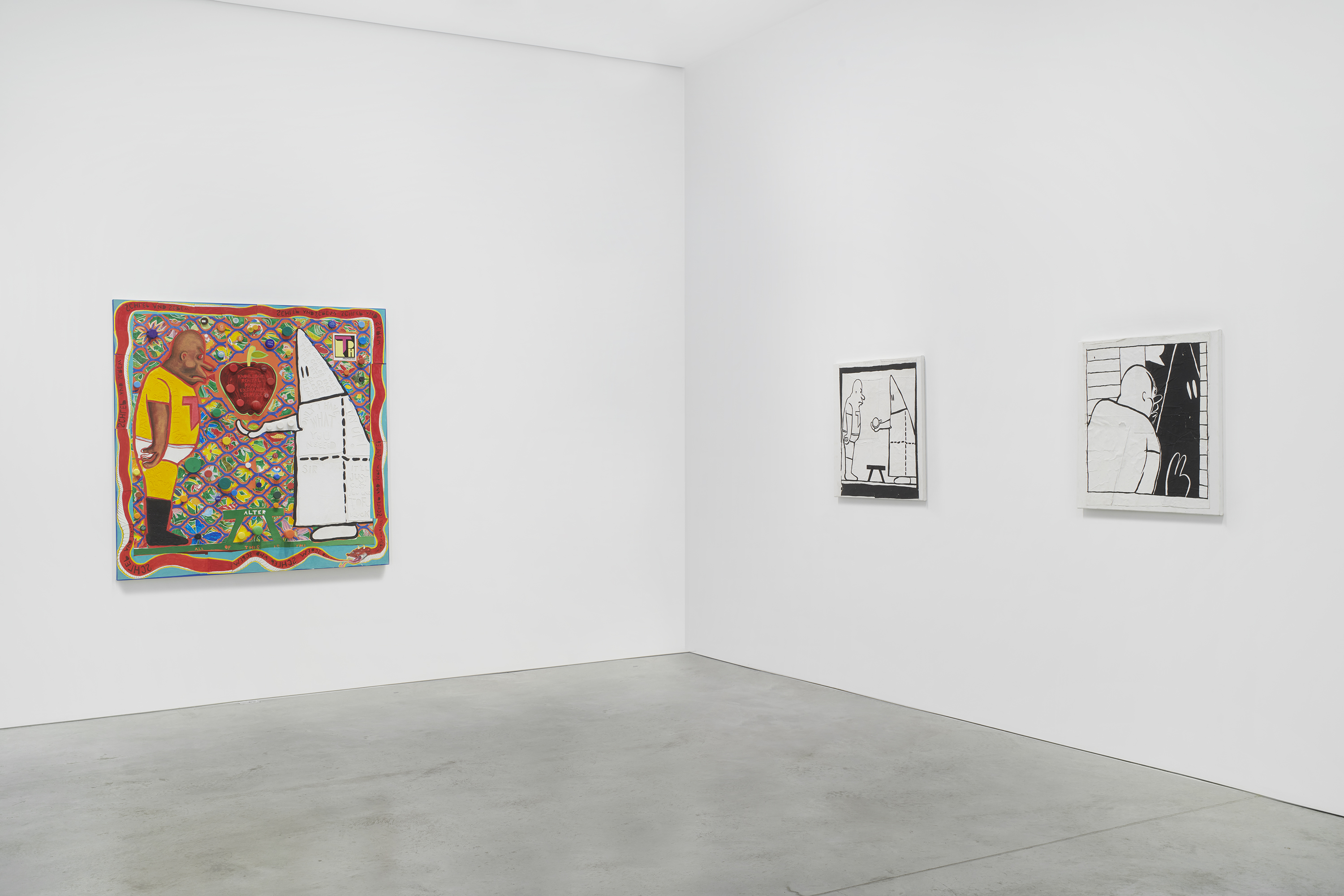 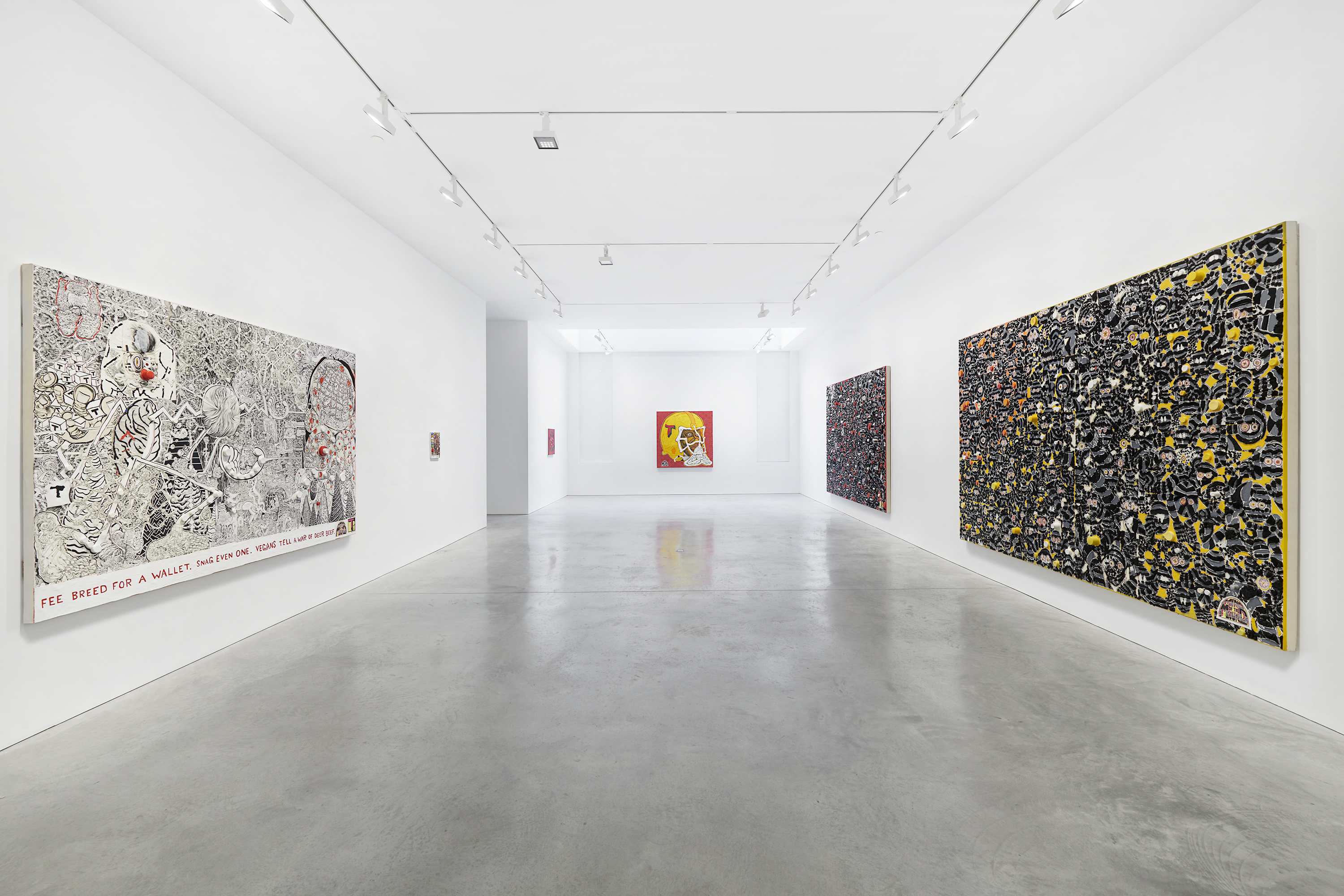 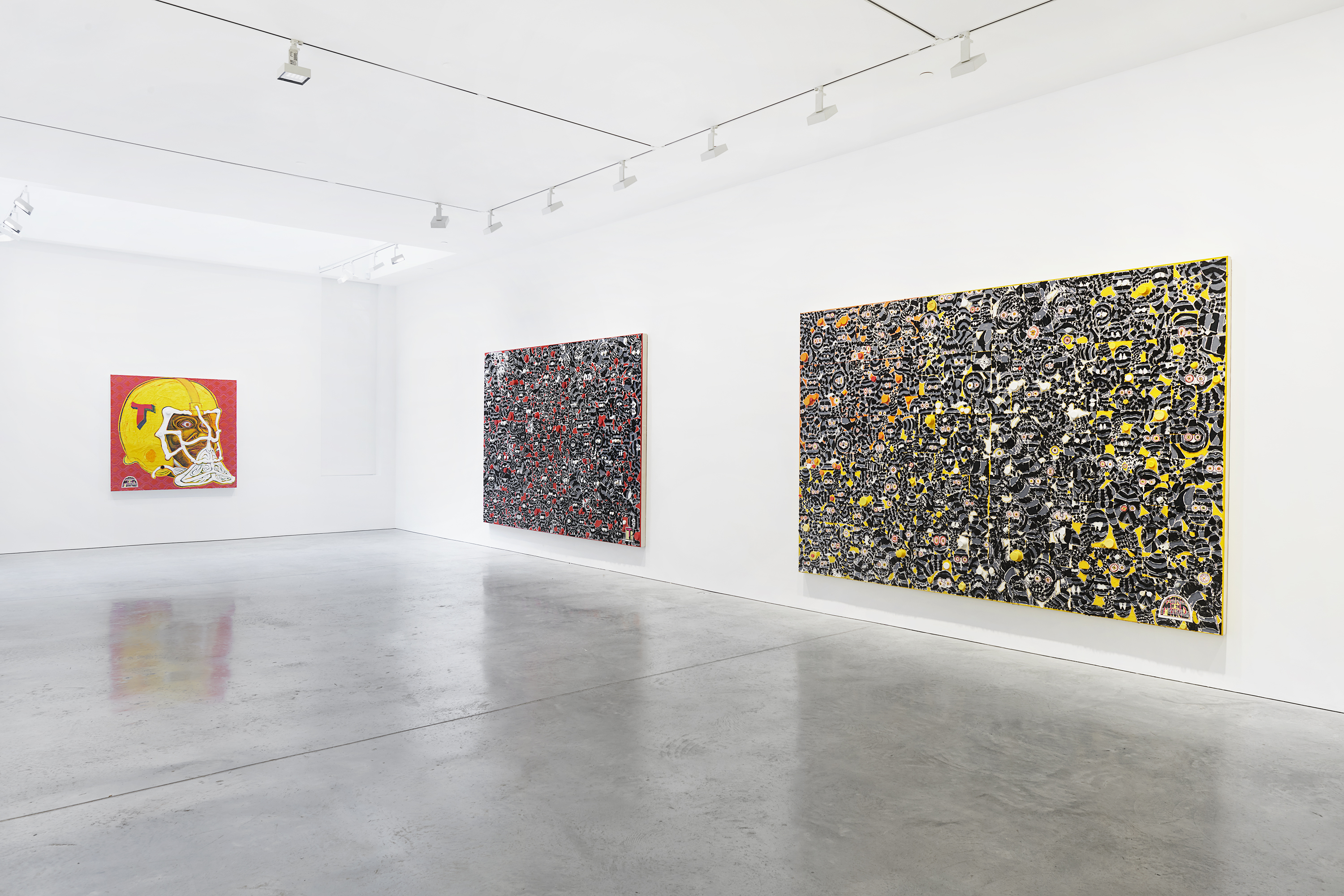 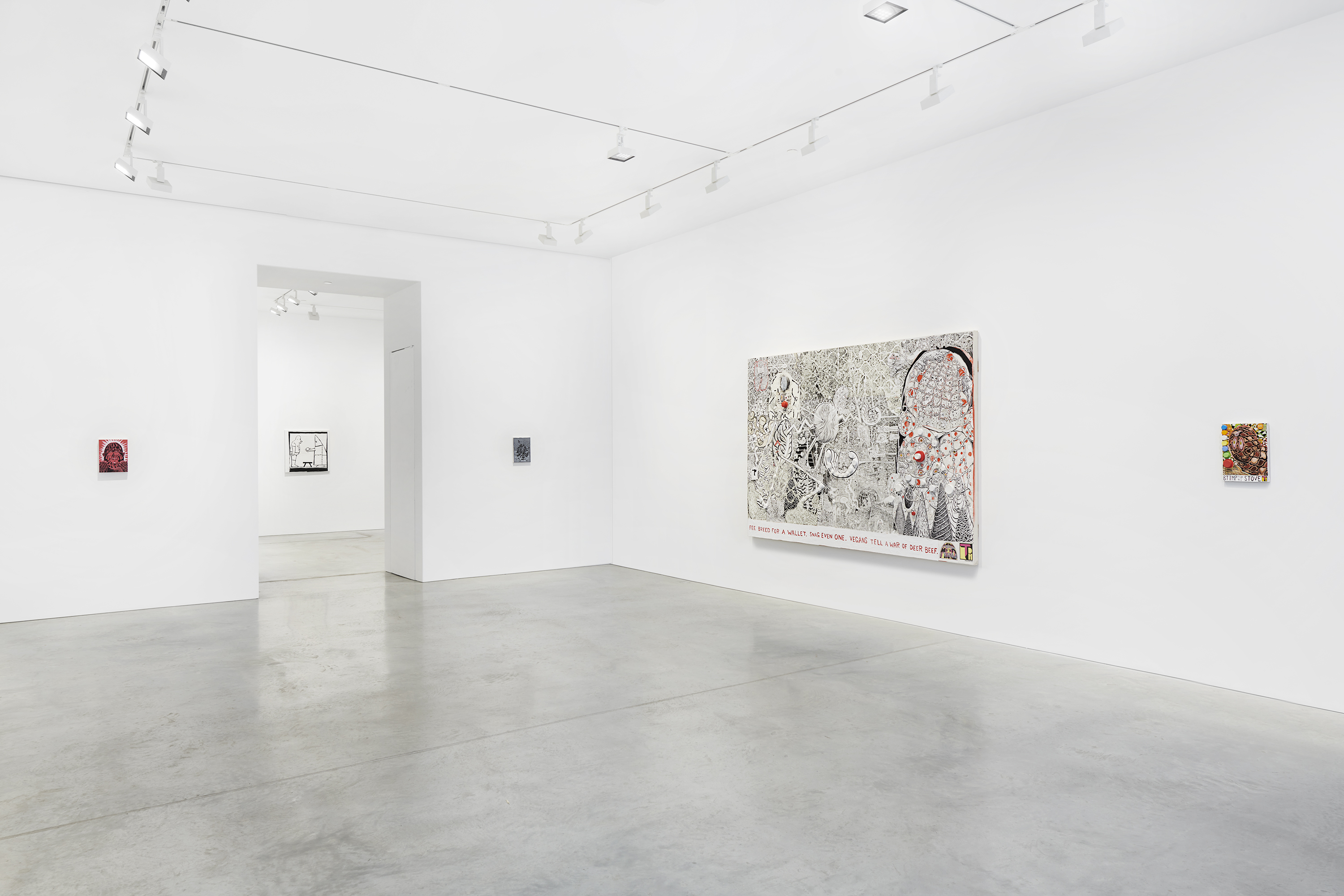 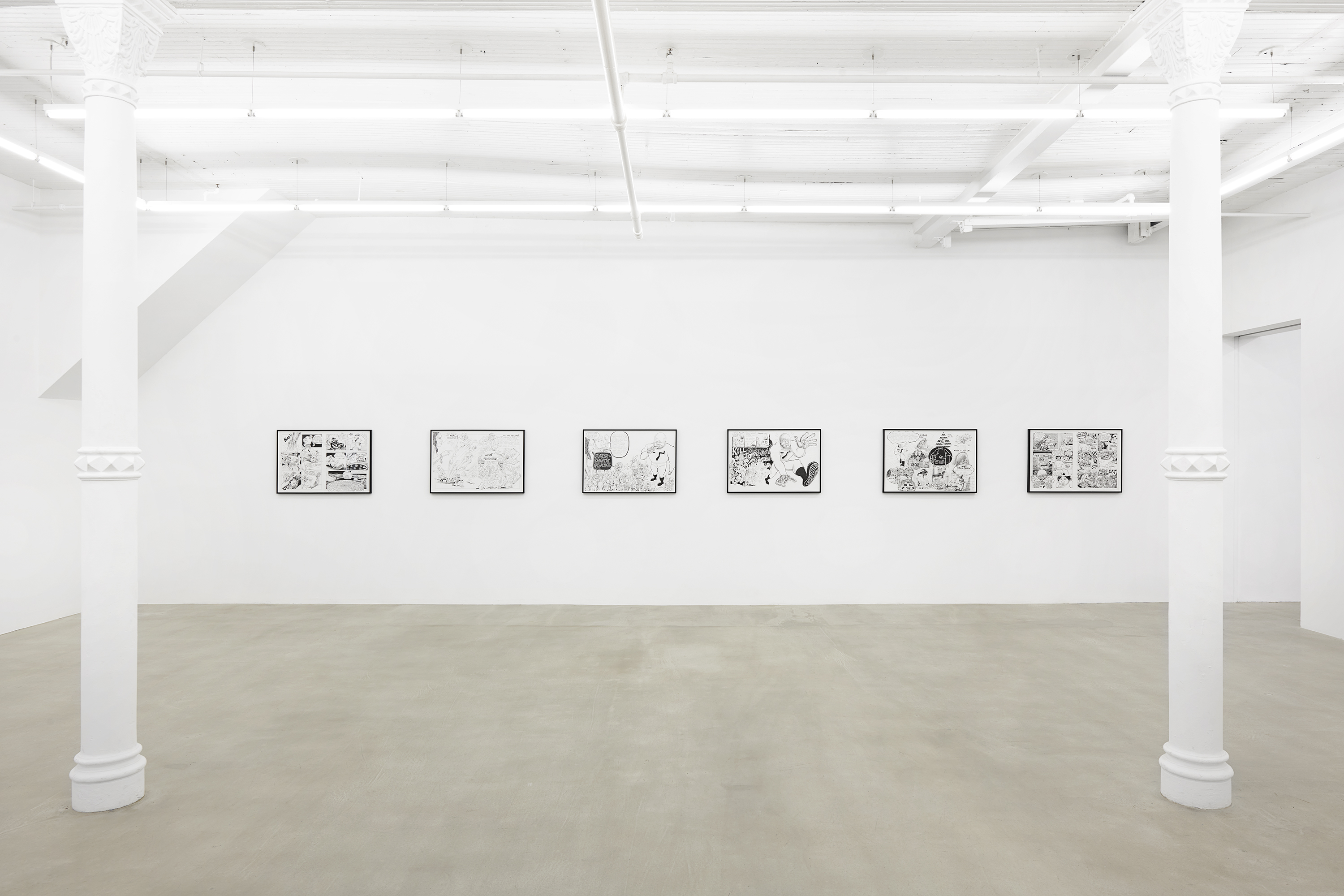 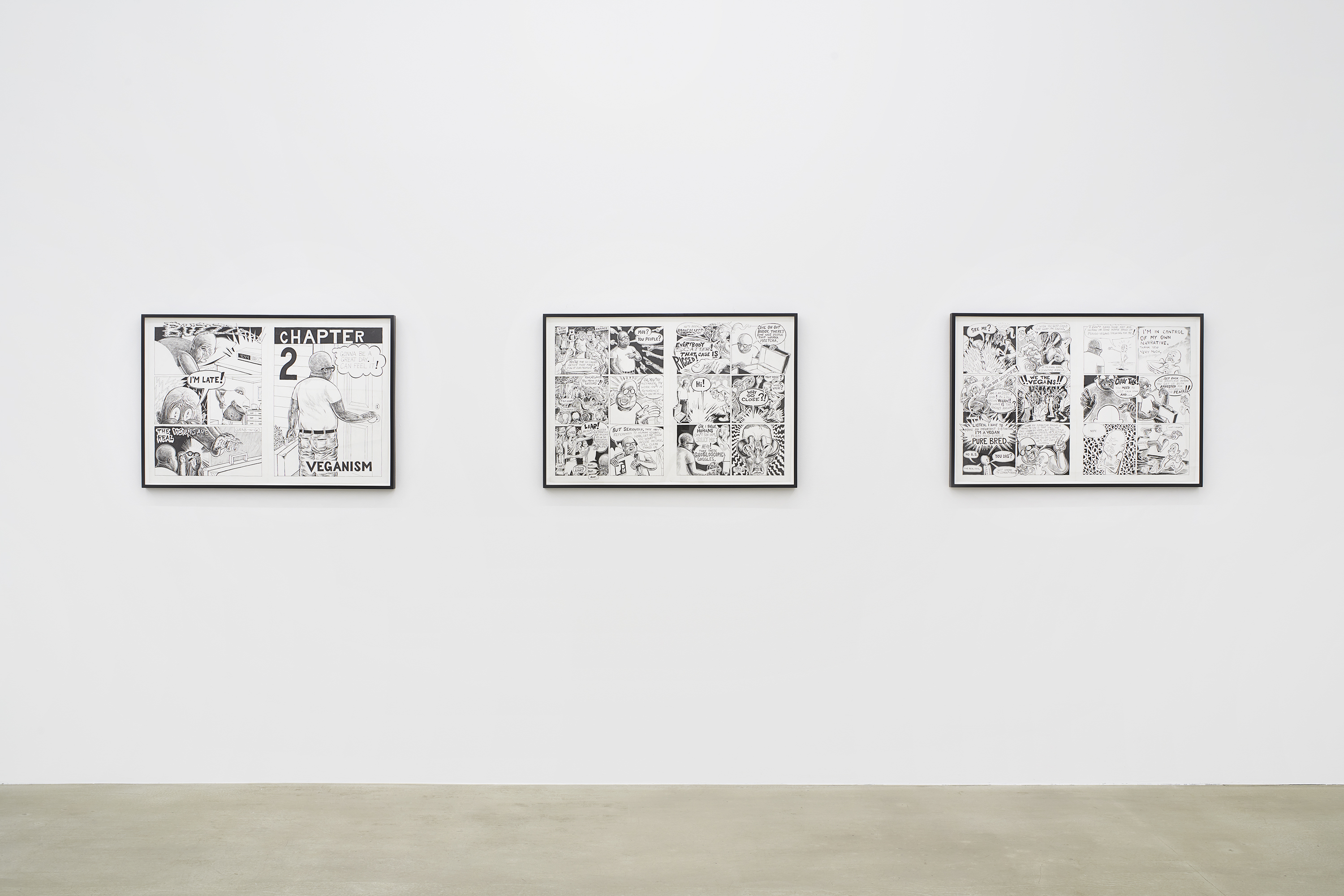 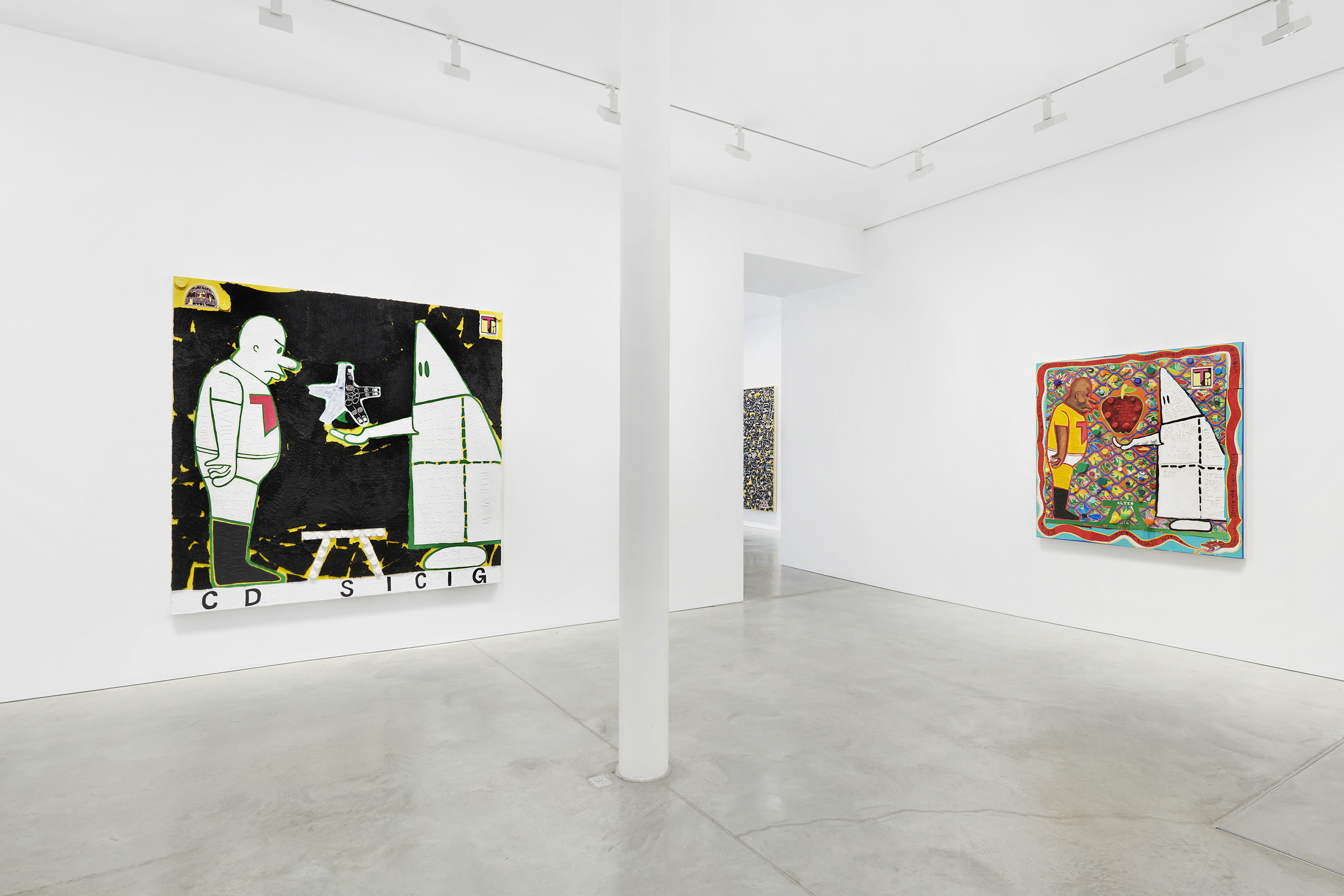 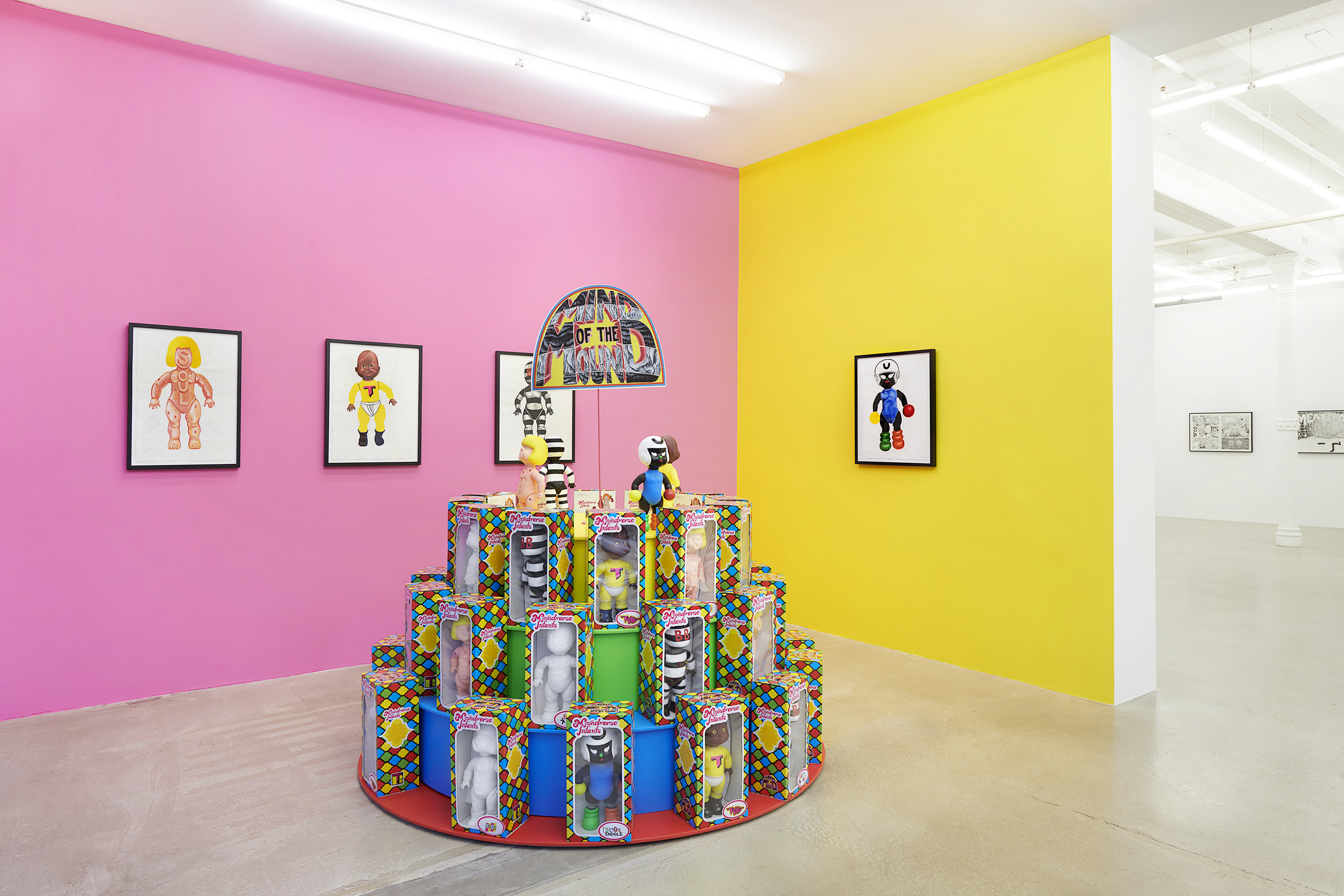