I wanted these paintings to feel turbulent, frenetic, and convulsive. I keep asking myself, how can I make something that inevitably reflects the charged time in which we live, to evoke a political tension, without being explicitly bound to that interpretation? —Sterling Ruby

NEW YORK, November 1, 2022—Gagosian is pleased to announce TURBINES, an exhibition of new abstract paintings by Sterling Ruby that represent a convergence of several bodies of work, using different mediums to expand the definitions of painting and collage

Started in 2021, the TURBINE series incorporates the same materials that characterize Ruby’s earlier WIDW paintings (2016–)—the title is an abbreviation of window—yet abandons their stark vertical divisions in favor of energetic, intersecting diagonals. Making reference not only to turbines and windmills, but also to hurricanes, explosions, fires, war, and geographical boundaries, cardboard components are blasted across the canvas, suggesting that elemental forces are pushing them toward the edges of the frame. Rather than implying the observation of action through a window, the combination of oil paint with bright cardboard swatches is tumultuous, as if a storm has blown the window apart and set its elements in motion.

The TURBINE paintings are born from Ruby’s desire to make works that are not pictorial, figurative, or didactic, but that still contain recognizable and thought-provoking elements. In its elicitation of speed and devastation—specifically self-destruction—TURBINES inevitably evokes the Futurists and Russian Constructivism. Ruby has cited the influence of various works, including Giacomo Balla’s painting The Spell Is Broken (1920) and El Lissitzky’s Prounenraum (Proun Room) (1923), which belongs to a series of immersive abstractions that radically reconceive material and space as a metaphor for the societal changes Lissitzky expected from the Russian Revolution. In TURBINES, Ruby employs abstraction as a response to contemporary ills, using formal relationships as broad allegories for social and ideological frictions.

Ruby makes the TURBINE paintings horizontally, an approach that links them to earlier series such as BC (2011–15) and YD (2015–16). Borrowing a washing technique he has employed previously in producing textile works, the artist overdyes the canvases in luminous colors before using them to cover his studio floor and allowing them to become crisscrossed by footprints and other marks. Ruby’s use of cardboard has similarly evolved; the material first appeared in his practice in the EXHM series (2011–14), in which sheets that had functioned to protect surfaces were “exhumed” to become the grounds of collages. In TURBINES, the hard edges of the canvases’ cardboard fragments are juxtaposed and combined with passages of feathered and smudged paint. The characteristically vibrant palette produces a multihued, sometimes kaleidoscopic effect. The paintings present a sense of flurried motion, which contains indexical traces of Ruby’s movements, alongside materials that seem to revolve in a cyclonic state.

Ruby was named the first artist-in-residence by the Berggruen Arts & Culture initiative as the Nicolas Berggruen Charitable Trust renovates Palazzo Diedo in Venice, for which Ruby will produce a multiyear site-specific installation, A Project in Four Acts, culminating in an exhibition in 2024. A solo exhibition of Ruby’s work will take place at Concrete at Alserkal Avenue, Dubai, in November 2022. 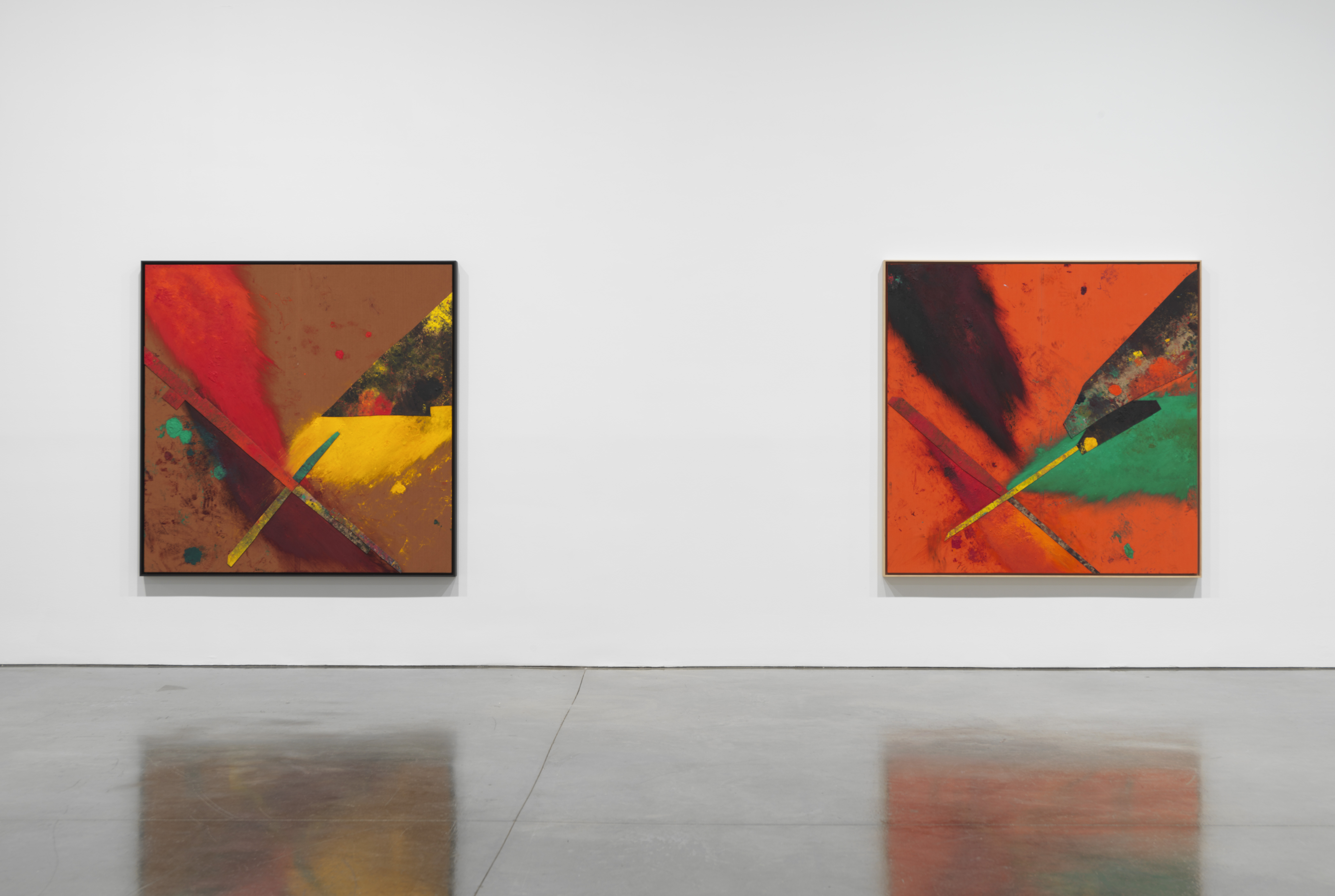 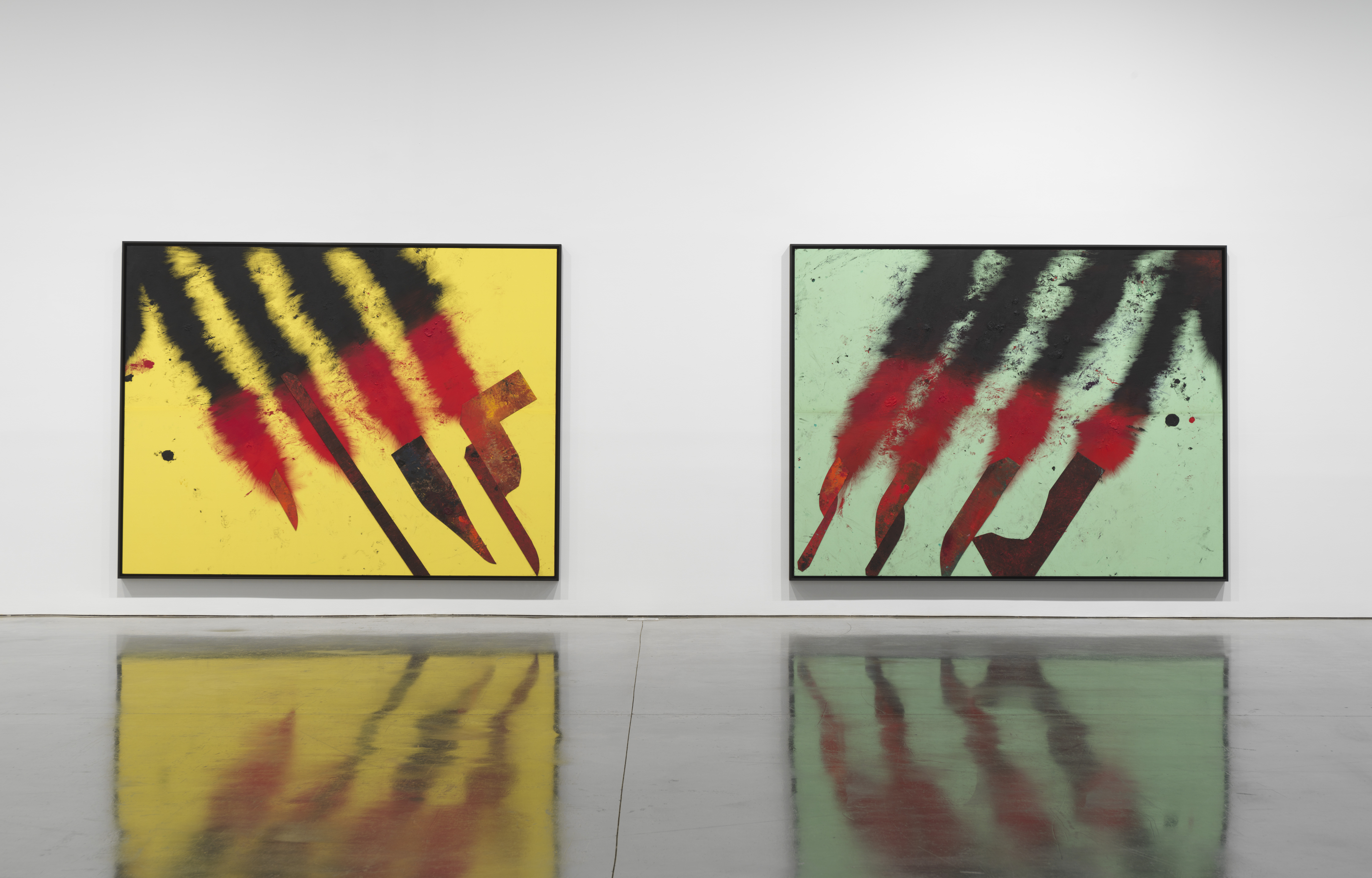 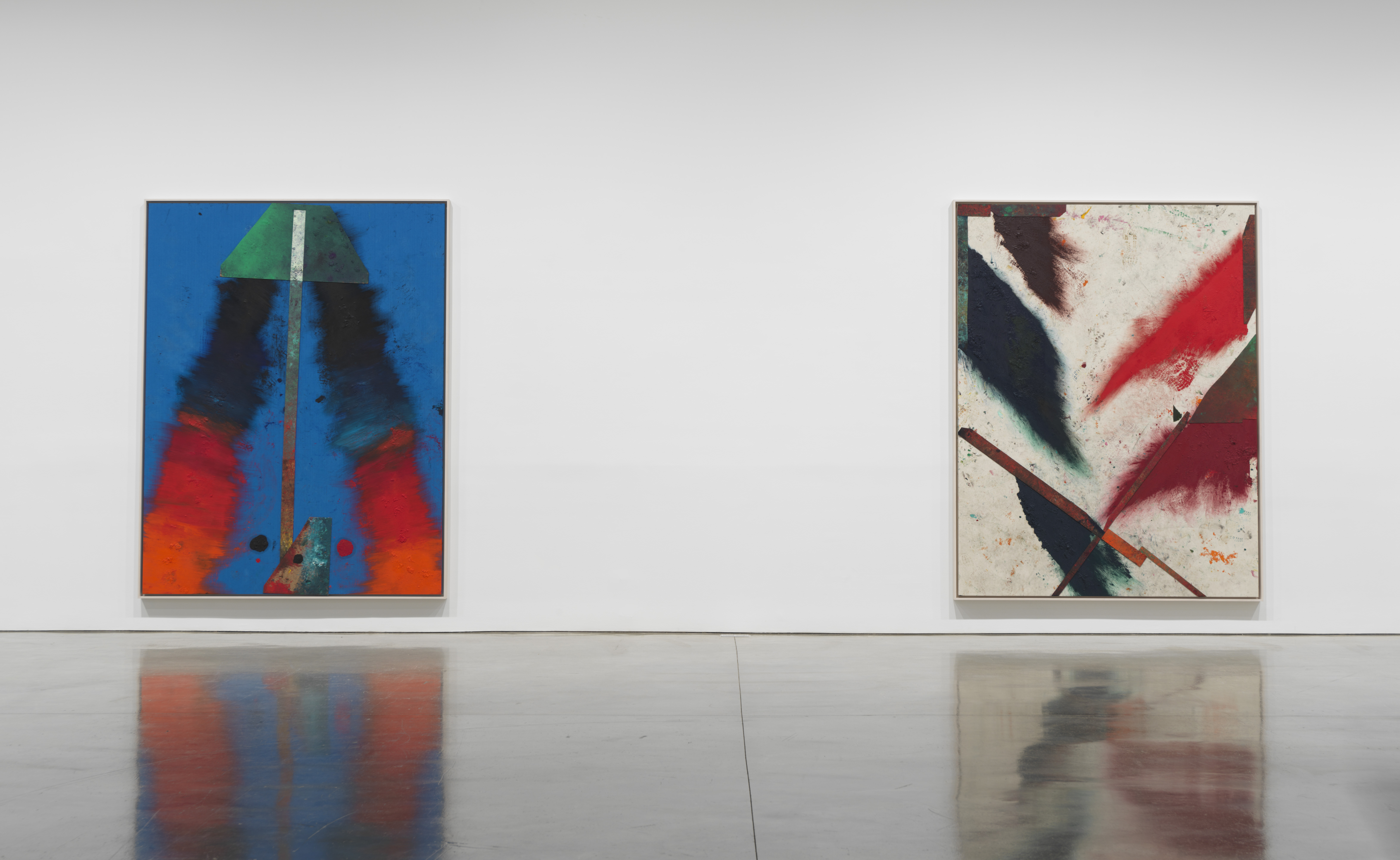 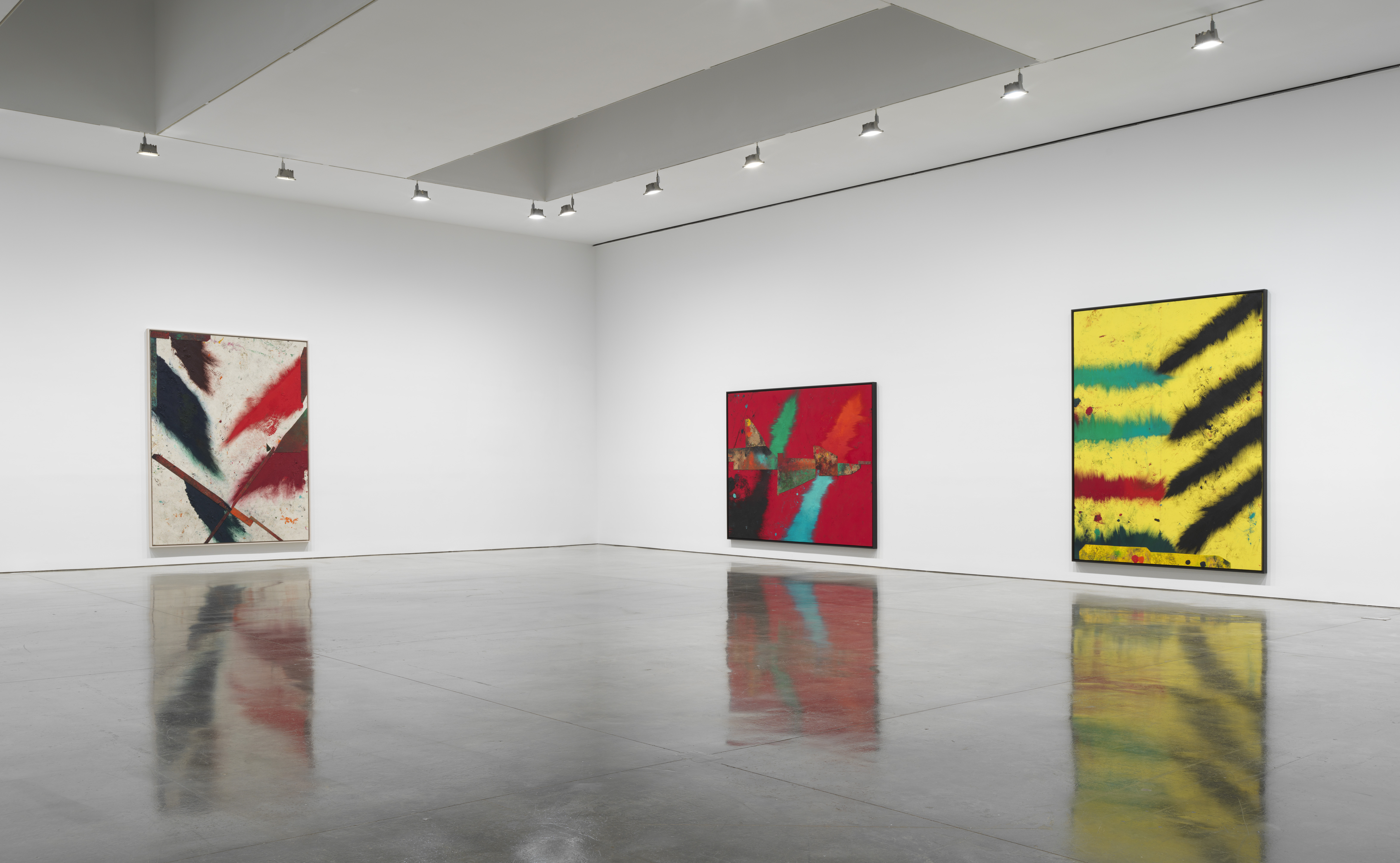 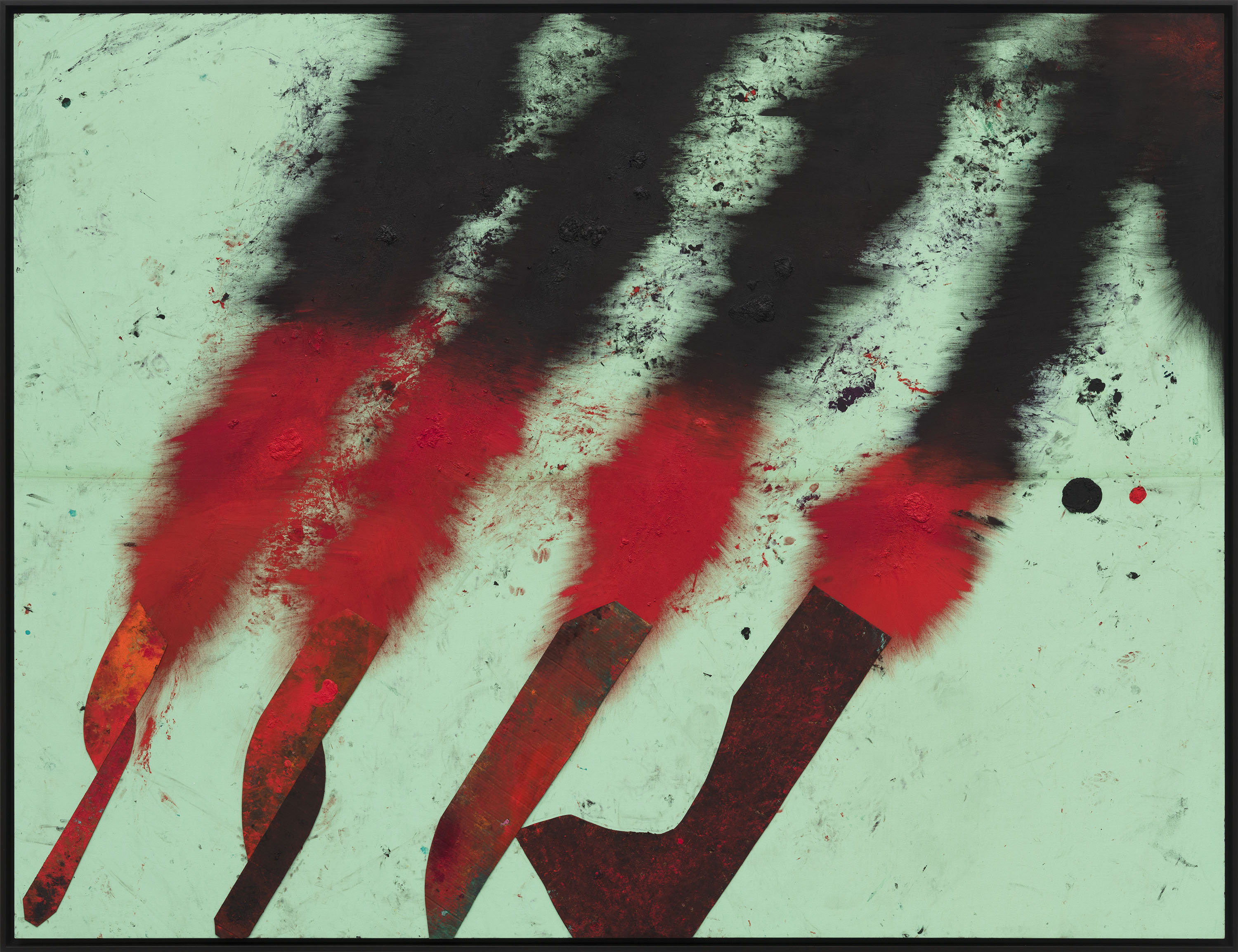 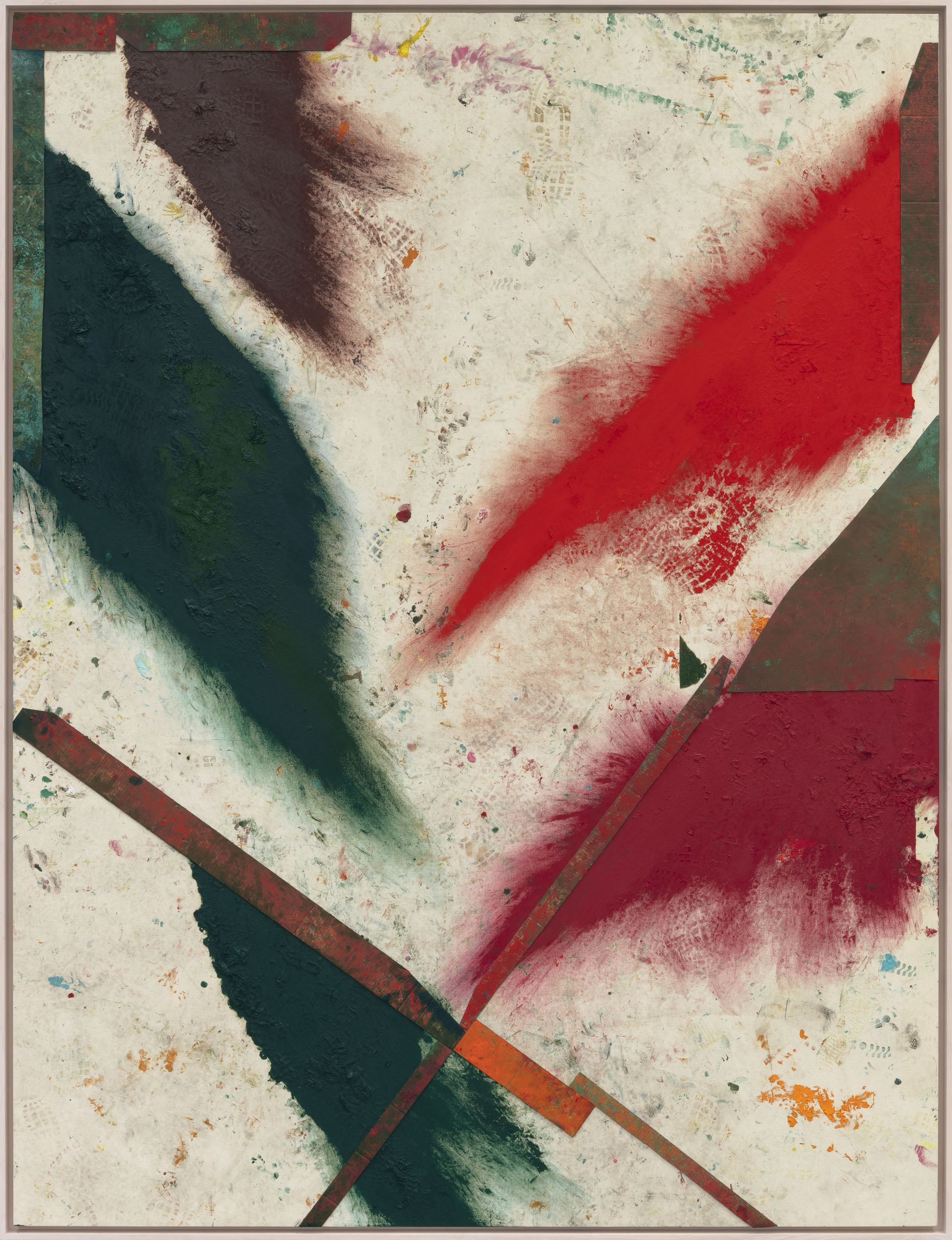 Yi To at Someday