Sex and love with a psychologist

In Sojourner Truth Parsons’ “Sex and love with a psychologist,” melodrama and melancholy are always center stage, always cinematic, and always broken: broken blinds, broken faces, broken flowers. If to enter this exhibition is to enter the interior landscape of a heart that’s broken, its eau de vie is the glittering tear. Sliced-up imagery reveals the tactile joy of art-making, where paint breaks the canvas into frames within frames, which become windows, or mirrors, or screens, or city lights, or printed-out photos affixed to the wall in tape. As if lifted from the visual language of a ‘90s power ballad, eyes cry in a sliver of light or contemplate a hunger as operatic as the New York they’re painted in. One could easily imagine the bodies depicted as fractured doubles splitting off the self of an artist who paints in dim light with music playing, pink and red sunlight projecting silhouettes of bodies against the city’s silhouette. Even when gazing out the window, in a mirror, or through the screen, the eye is always circled back within, is always, through watching others, watching itself. What does it look like to long through the language of a music video? Or is the question: how does it feel?

The sickly-sweet spell of the femme fatale, the ballerina, the poor little rich girl, and the color pink lurks and spreads under the cool aesthetic of ‘80s era advertising: the promises of a power pose where nothing is broken and everything sparkles like dewdrops dancing on a petal, like the image of a man stringing a necklace around his wife’s neck as seen from the mirror, an image of desire displaced to refract light like a piece of cellophane tied up in a curled ribbon. Advertisements and melodrama produce a world of clear meaning and purpose for a world that has lost clear meaning and purpose. They tell us how to act, what we need, to what group of people we can find alliance. In the theatrical spaces of the city, intimate strangers assemble, disassemble, and reassemble in a choreography in which the movement of money empties most everyone of value, even as it promises the opposite. And everything is more hypnotic when it’s pink.

I think these works poach this economy of imagery to make the artist’s desire and despair legible and meaningful in a world that is designed to erase, deny, thwart, or appropriate it. To feel intimacy despite the alienating activity of painting. To feel cohesion despite a culture designed to let the body break, and then discard it once it’s broken. “I have been heartbroken on many levels while making this work,” she writes to me. “Thinking about divine timing and how talk therapy wants me to not think like this… somewhat I think these paintings are me kind of grasping at my life claw.” In these images within images, a folding, arranging, and rearranging are occurring, a life-exercise in choreography that moves between the paintings and the space the artist inhabits—a movement that is a way of thinking. I imagine that between the life claw and the canvas there is an energy pulsing that can short circuit the flow of melodrama and melancholic desire so sparks can fly. I imagine that in this moment the mask and silhouette will match the self staged in the imagination, so that interior and exterior find their lock step in the ecstasy of the corps de ballet, folding in and out of themselves like lungs, like breathing.

Foxy Production is pleased to present Sojourner Truth Parsons’ first solo exhibition at the gallery. Parsons’ paintings have a powerful sense of narrative intimacy, where we, as viewers, are witnesses to highly-personal yet fictional slices of life. Like classical film noirs, the works’ dark surfaces, shadows, and fractured personas mix illusion with desire. Her paintings are psychic dramas where the drive for unity and completion is undermined by the pleasures of a dynamic multiplicity.

Parsons’ fields of color, repetitions, and reflections may recall some of the compositions of Alex Katz. Her figures’ minimal forms engender a visceral and emotional subjectivity, while her marks and brushstrokes highlight the process of her painting. Her areas of single color embody a spectrum of tonality that is both abstract and psychologically charged.

Sojourner Truth Parsons (Vancouver, BC, Canada, 1984) lives and works in Brooklyn, NY. She holds a Bachelor of Fine Arts from the Nova Scotia College of Art and Design, Halifax, NS, Canada. 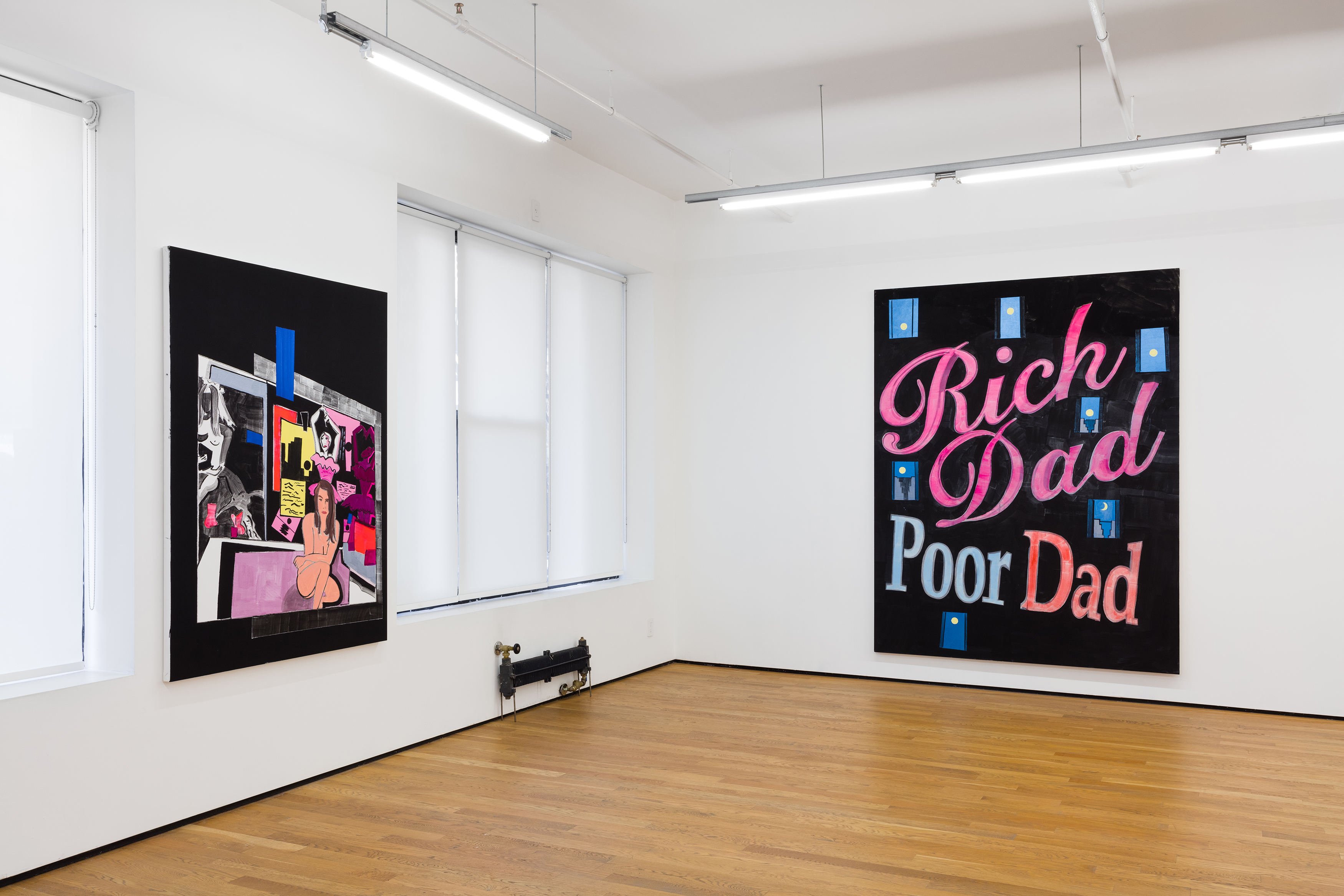 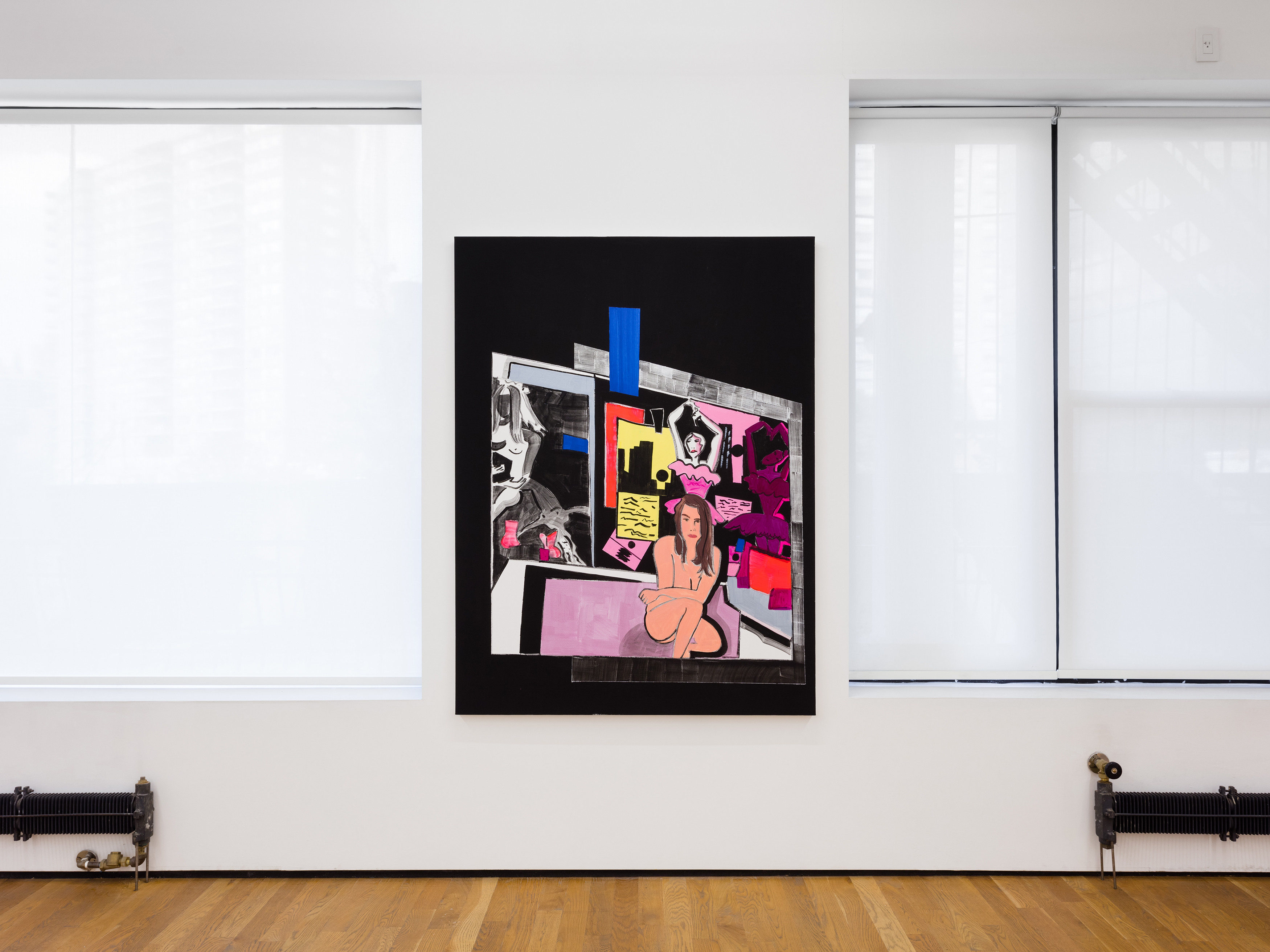 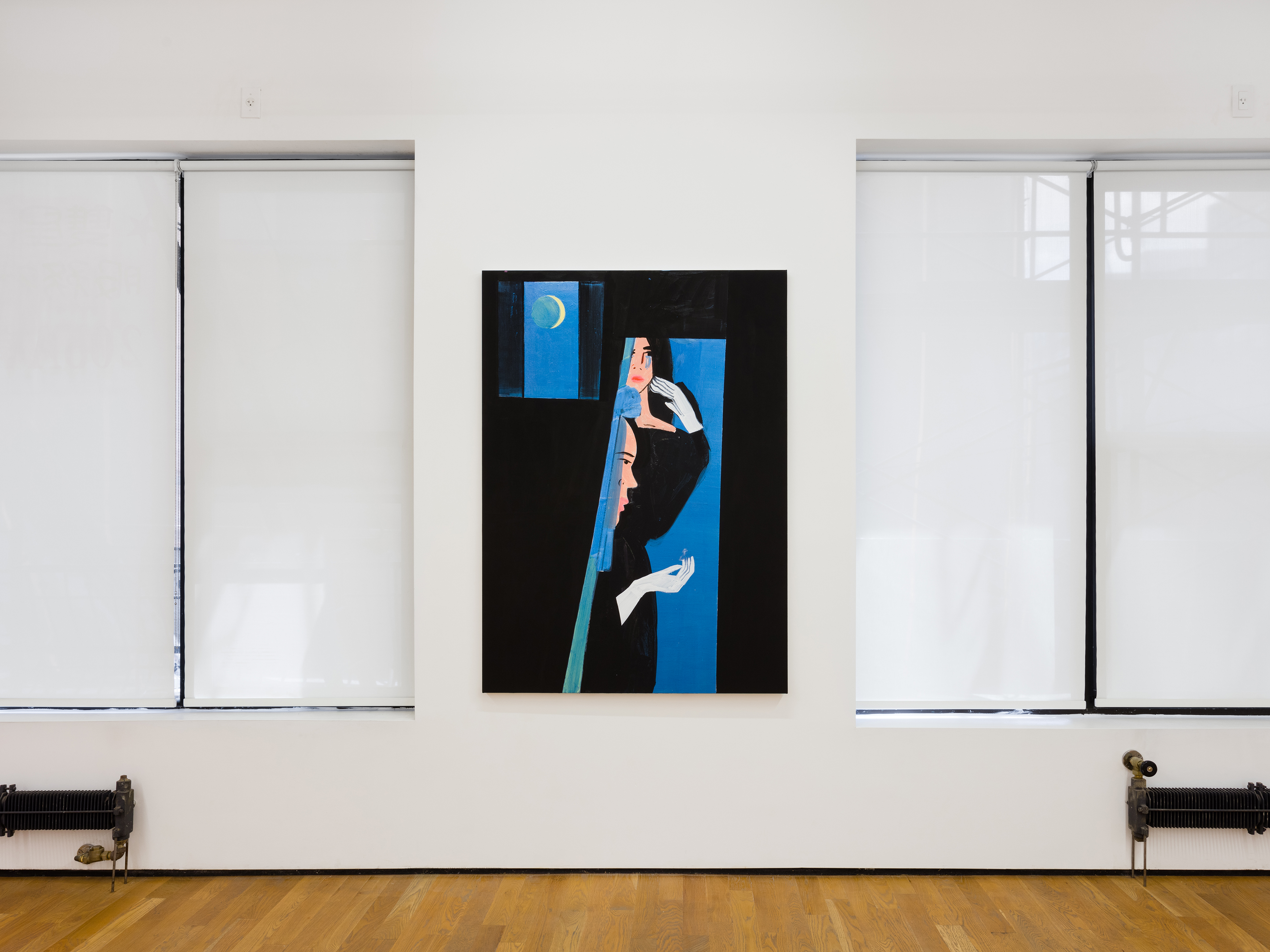 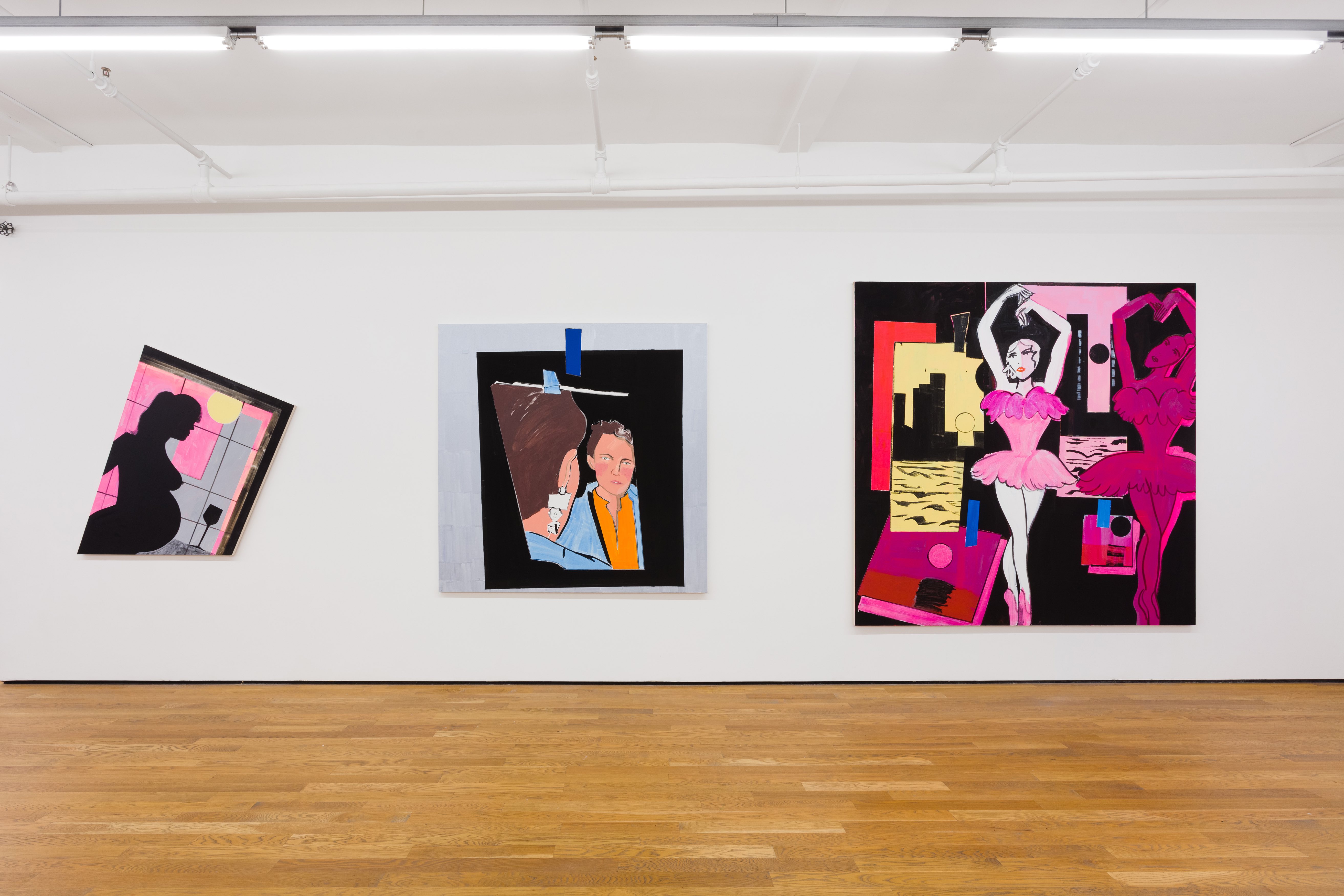 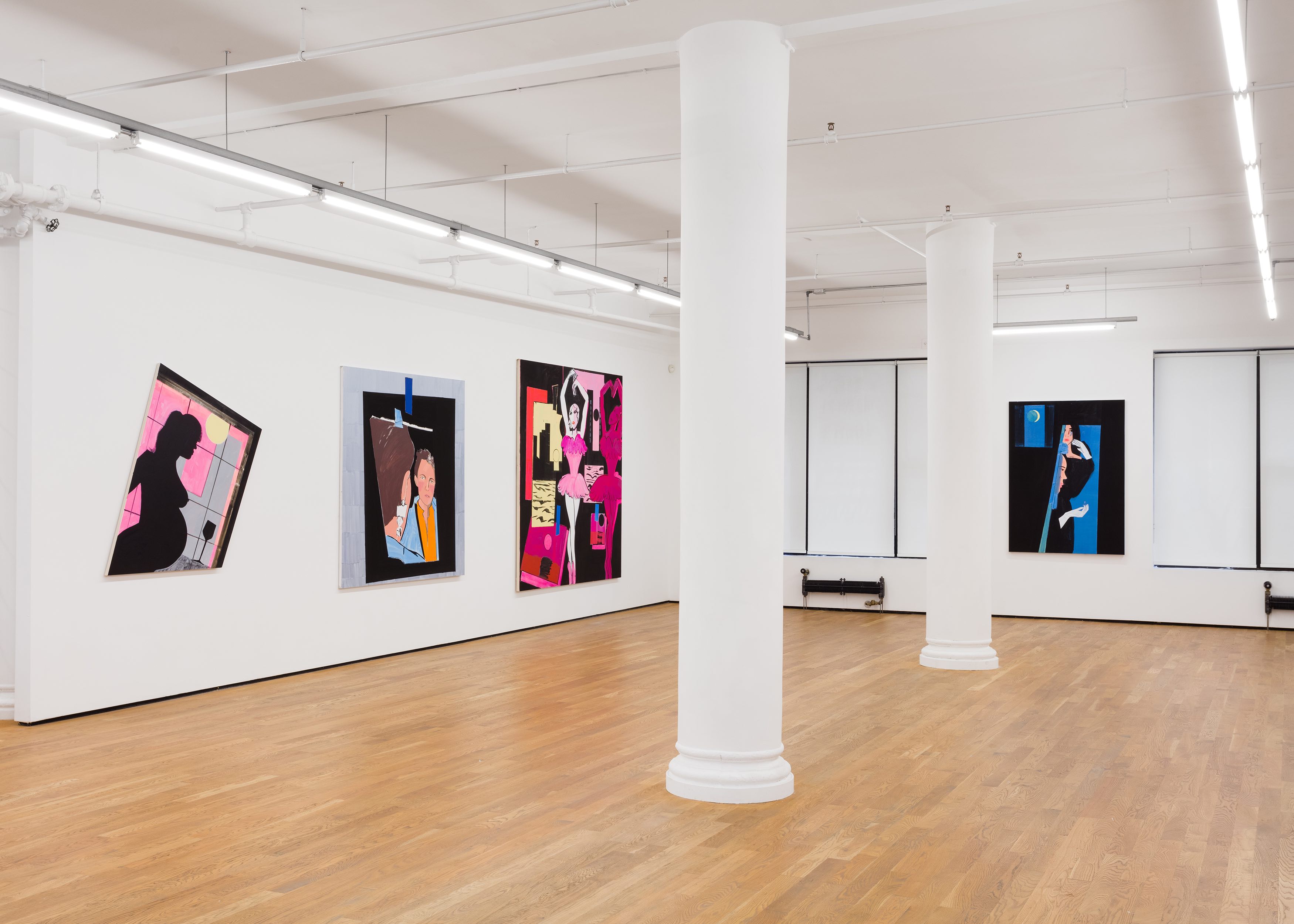 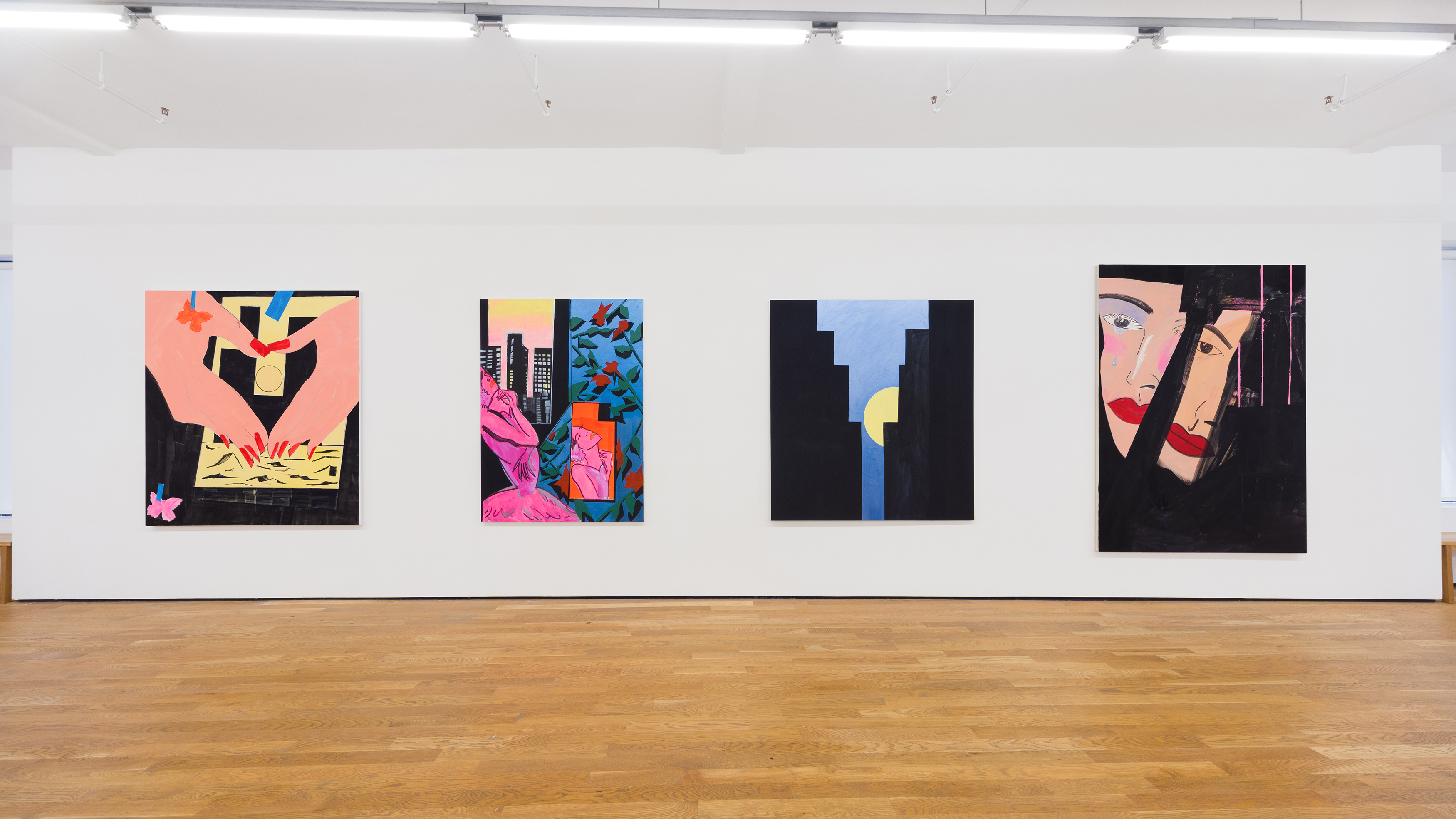