Art Is Not Human

Seth Price has rarely shown in the UK; this exhibition marks his first solo gallery presentation in London since his film and video survey at the ICA London in 2017. Born in 1973 and based in New York, Price works in many media, experimenting with contemporary materials and themes to evoke a sense of “increasing abstraction, the alienated self, all the weird ways that material and immaterial go back and forth,” as he explained in a recent interview.

The body of work at Sadie Coles HQ marks a new direction for the artist, in which he attempts to bring traditional gestural painting into a forced encounter with 3D computer graphics. In each of the exhibited works, Price begins by painting and pouring acrylic polymers onto a metal or wooden ground, using his fingers as well as a brush, and adding hand-lettering, blown powders, spray paint, and reverse- transferred imagery. A photograph of the resulting painting is then imported into a computer and hung in a virtual photo studio, where it is collided with reflective tubes and other 3D objects. Finally, the images of these objects are printed onto the actual painting, such that Price’s gestural marks are confronted with their own computer-generated reflections. The artist explains: “I want these paintings to hold the human time of painting and the nonhuman time of the machine together in one plane.”

Price goes on to describe his challenge: “It’s difficult to make good art with 3D graphics. The machine can produce anything you can imagine, but this just restates the problem of contemporary art. It’s even harder if you want to take it off the screen, because materializing it usually drains the energy. What makes it worthwhile to turn an image into an object?” To clarify matters for his own investigation, Price has reduced both his painted gestures and his printed 3D objects. His painted imagery is here loose, ambiguous, and eschewing completion; similarly, the objects are reduced to simple geometric solids to avoid the narrative surrealism endemic to gaming, memes, ads, and Hollywood CGI.

Each of the paintings stages a different experiment within these terms: crude finger-smears on wood; a passage of text transferred to glossy black metal; a face dappled with colored shadows cast by a skeletal hand; artificially-generated evening light flooding a scene; expanses of pure color juxtaposed with an old rave flyer. In these works, Price has created uncanny scenarios in which a process based on human time and space is captured and warped by the no-time and no-space of digital tools. These paintings confound the hunt for latent discursive meaning, instead presenting a strange and original visual experience. 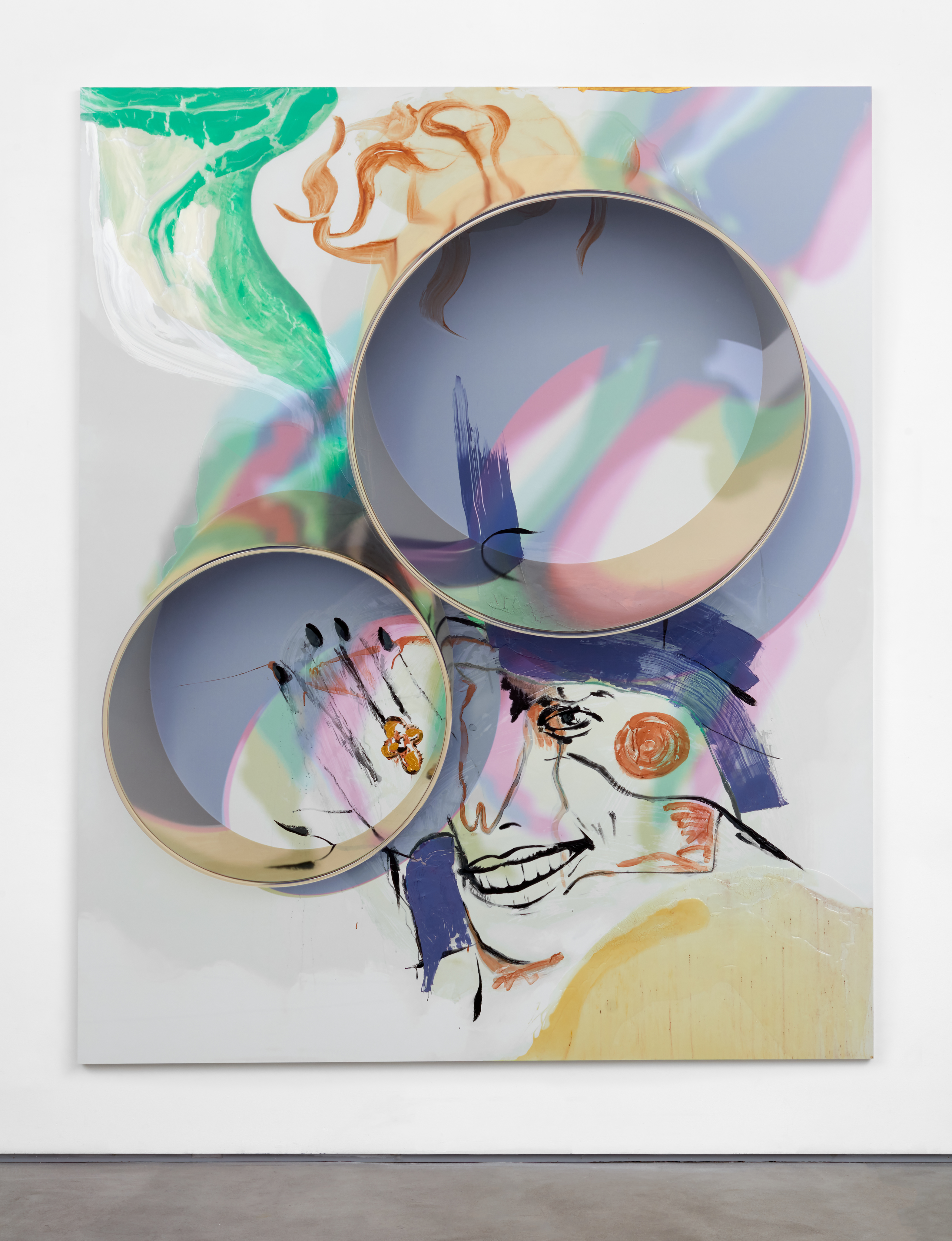 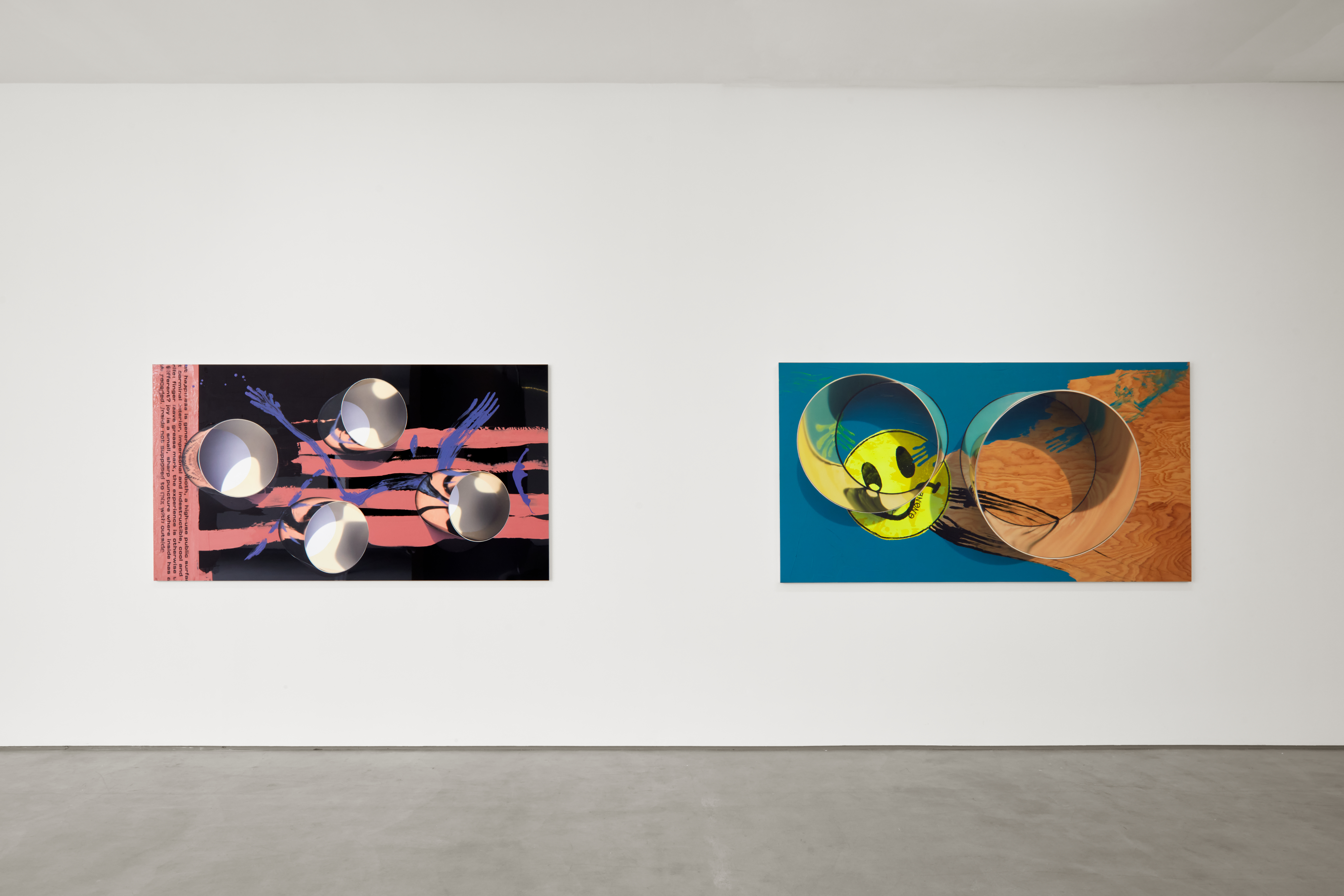 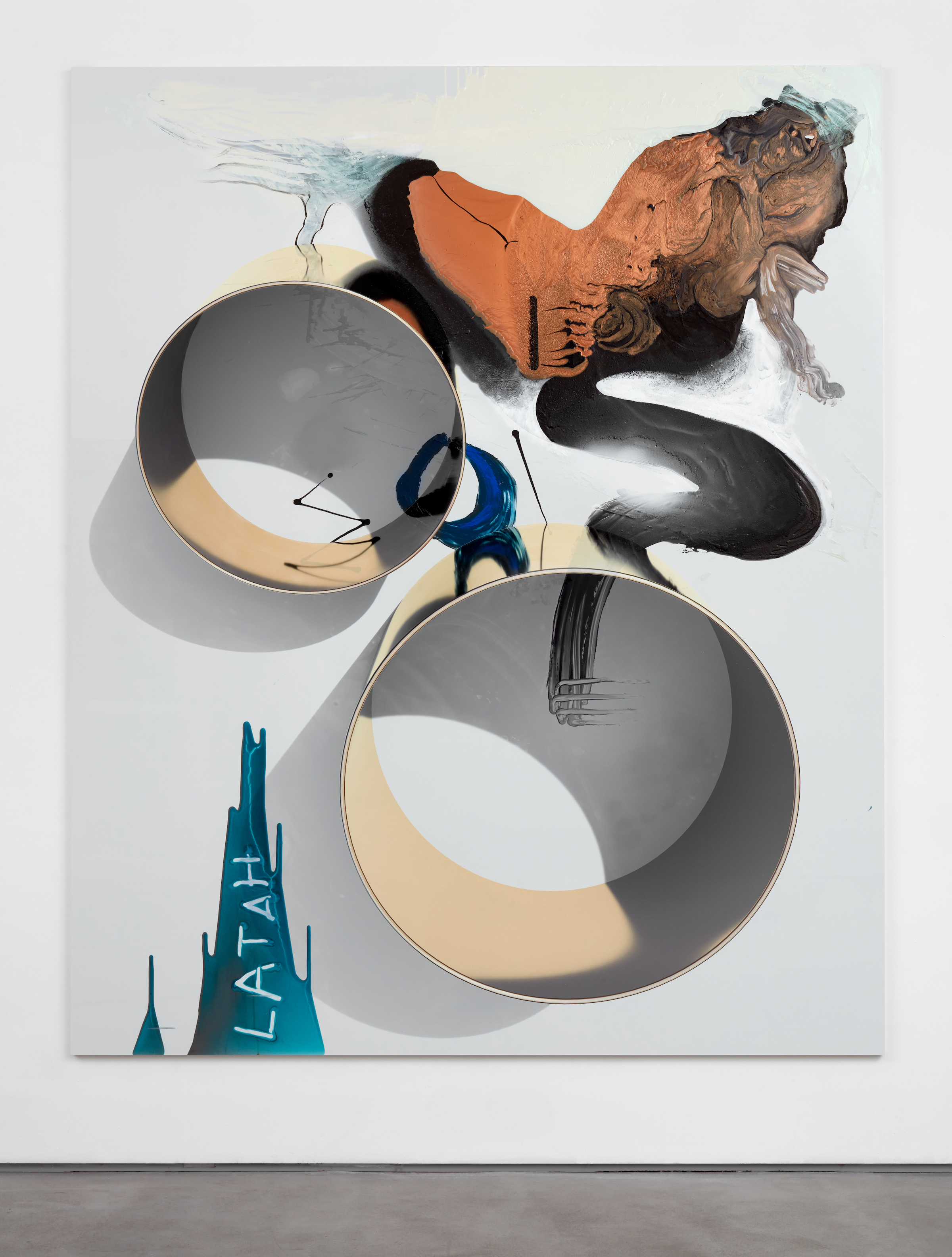 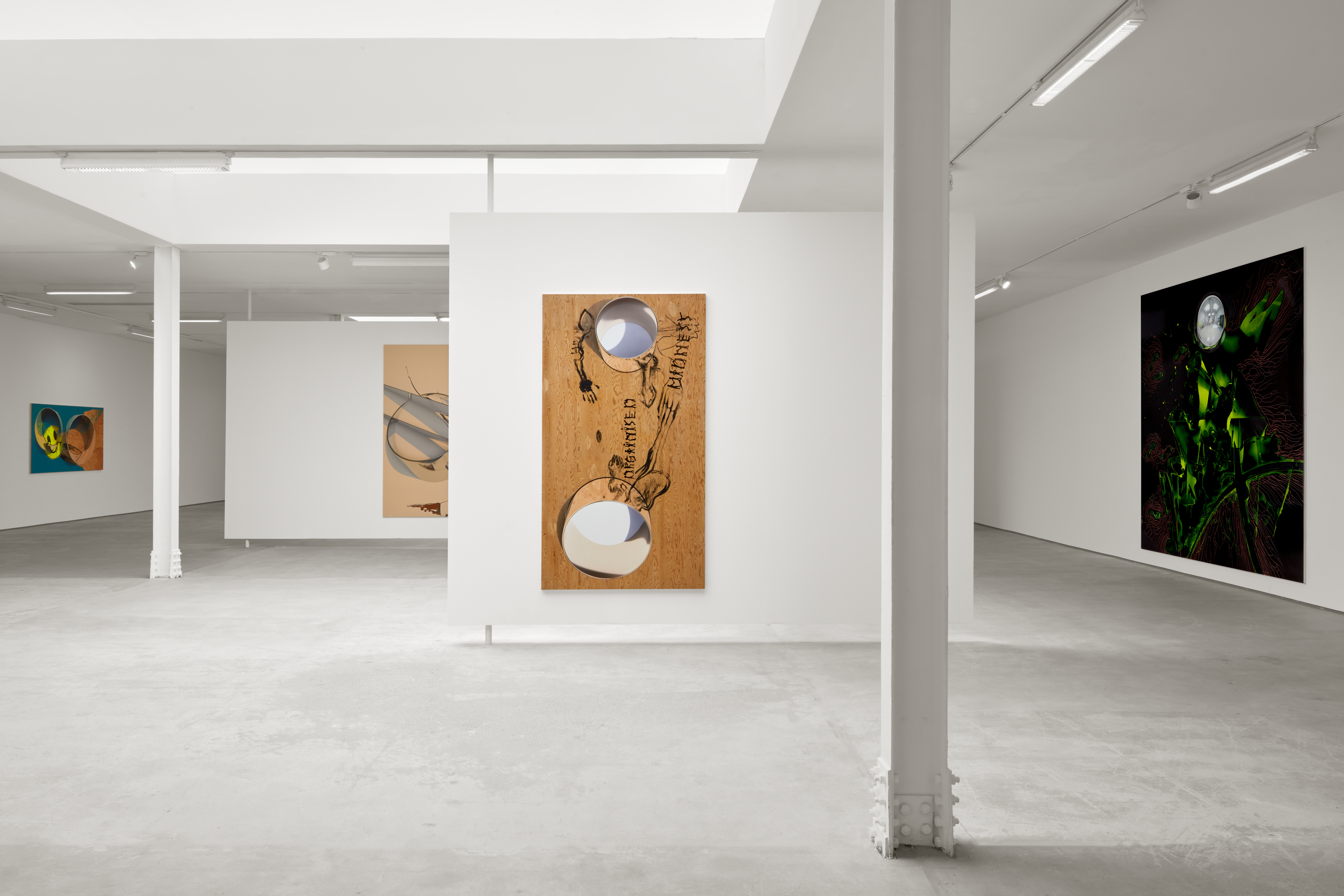 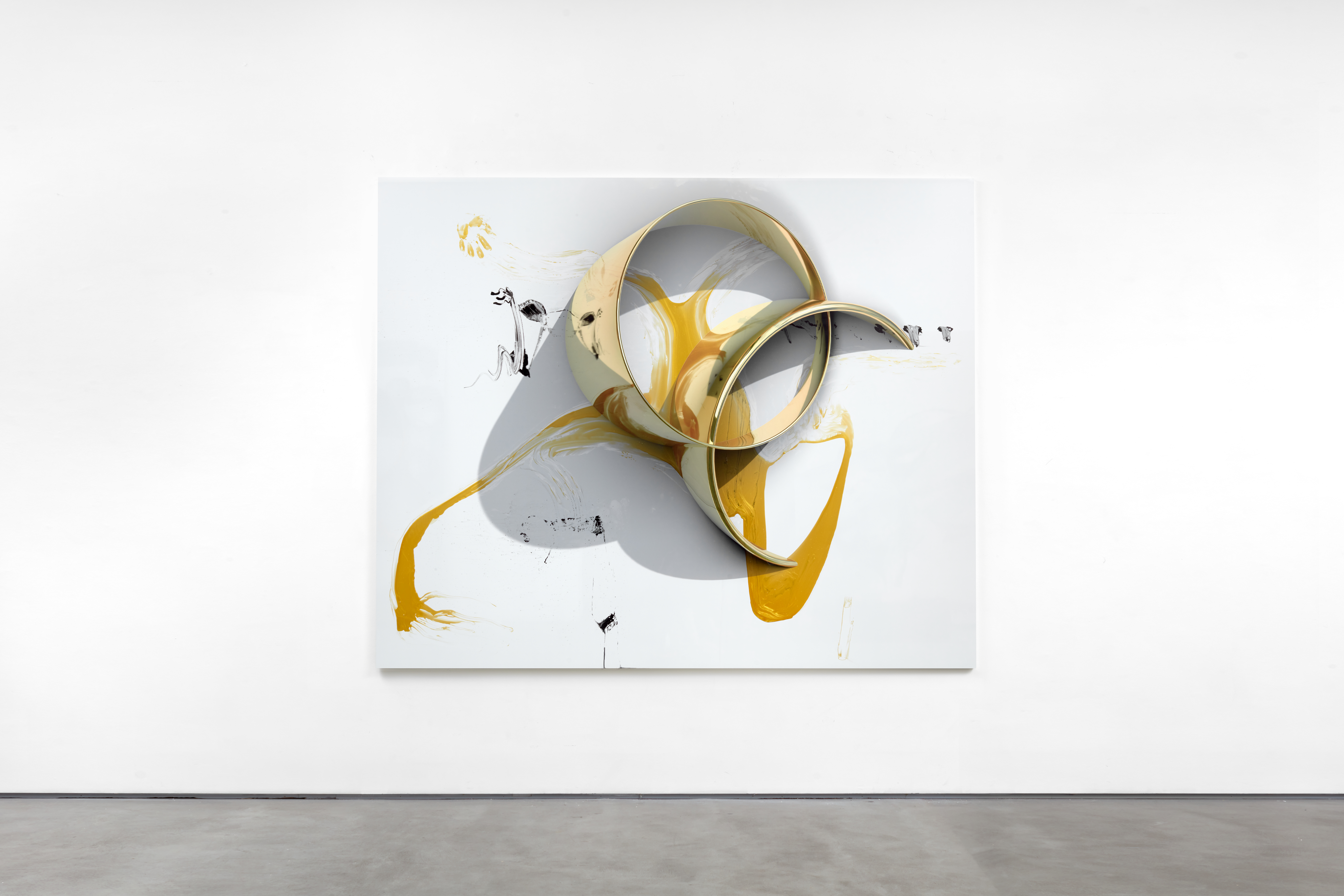 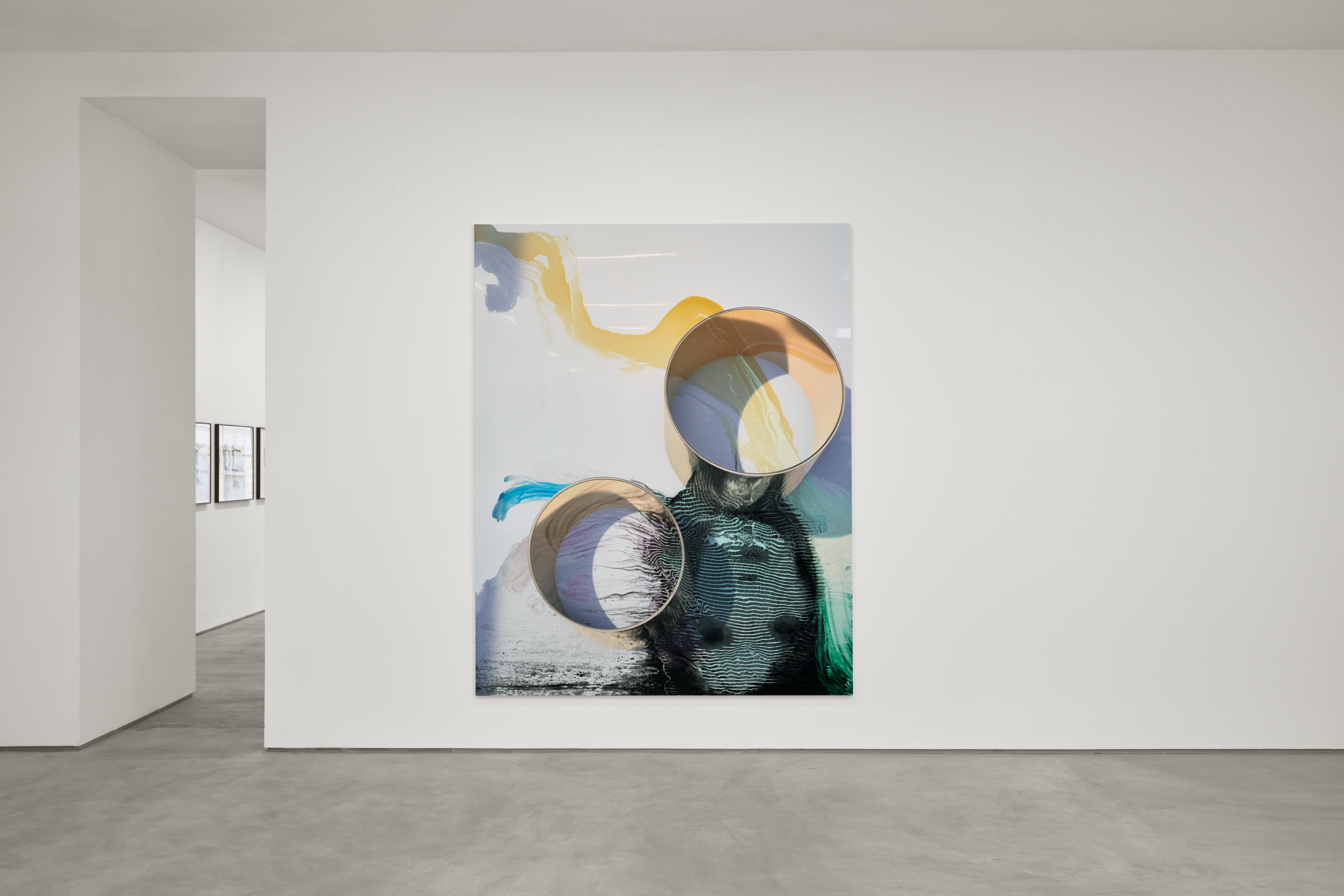 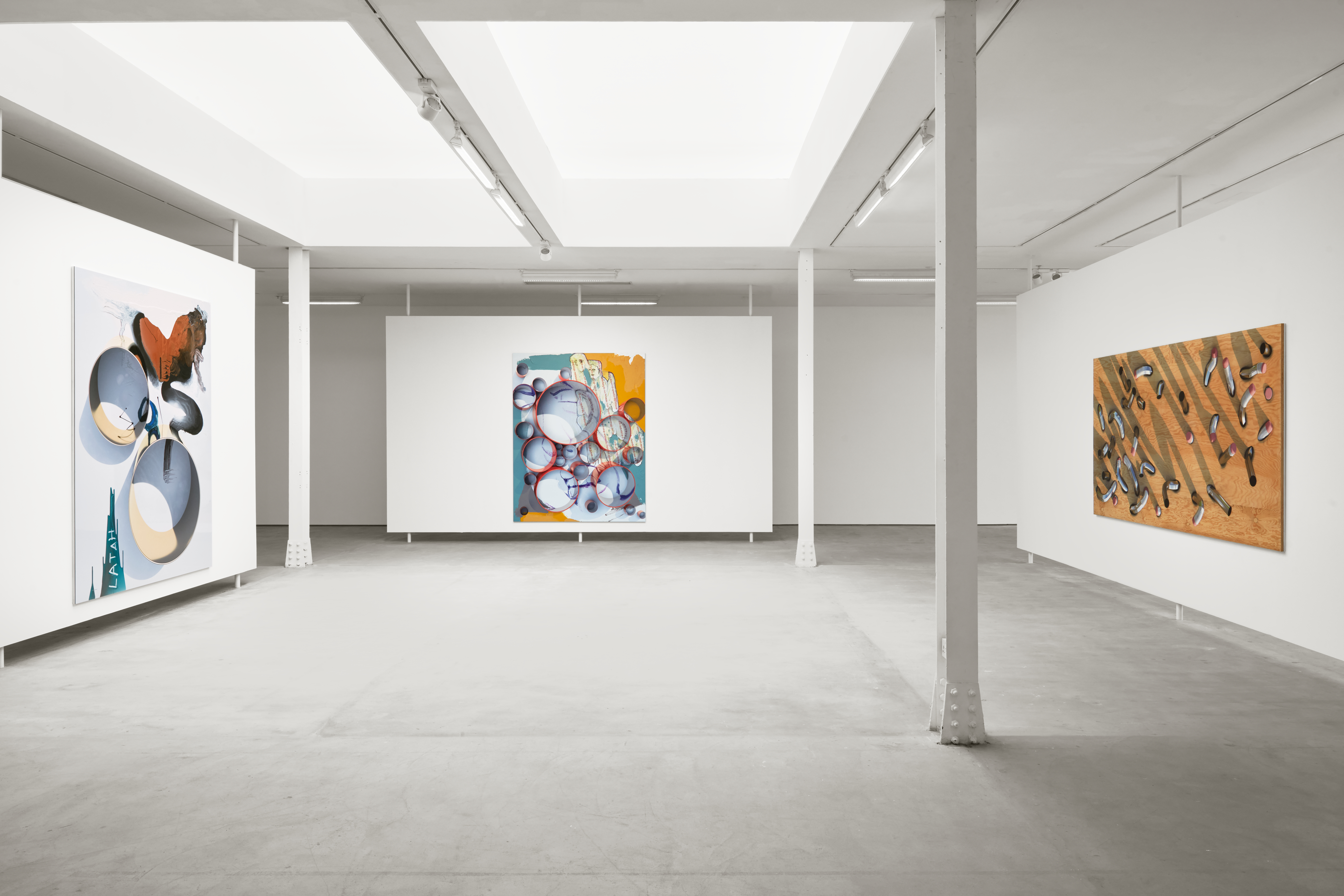 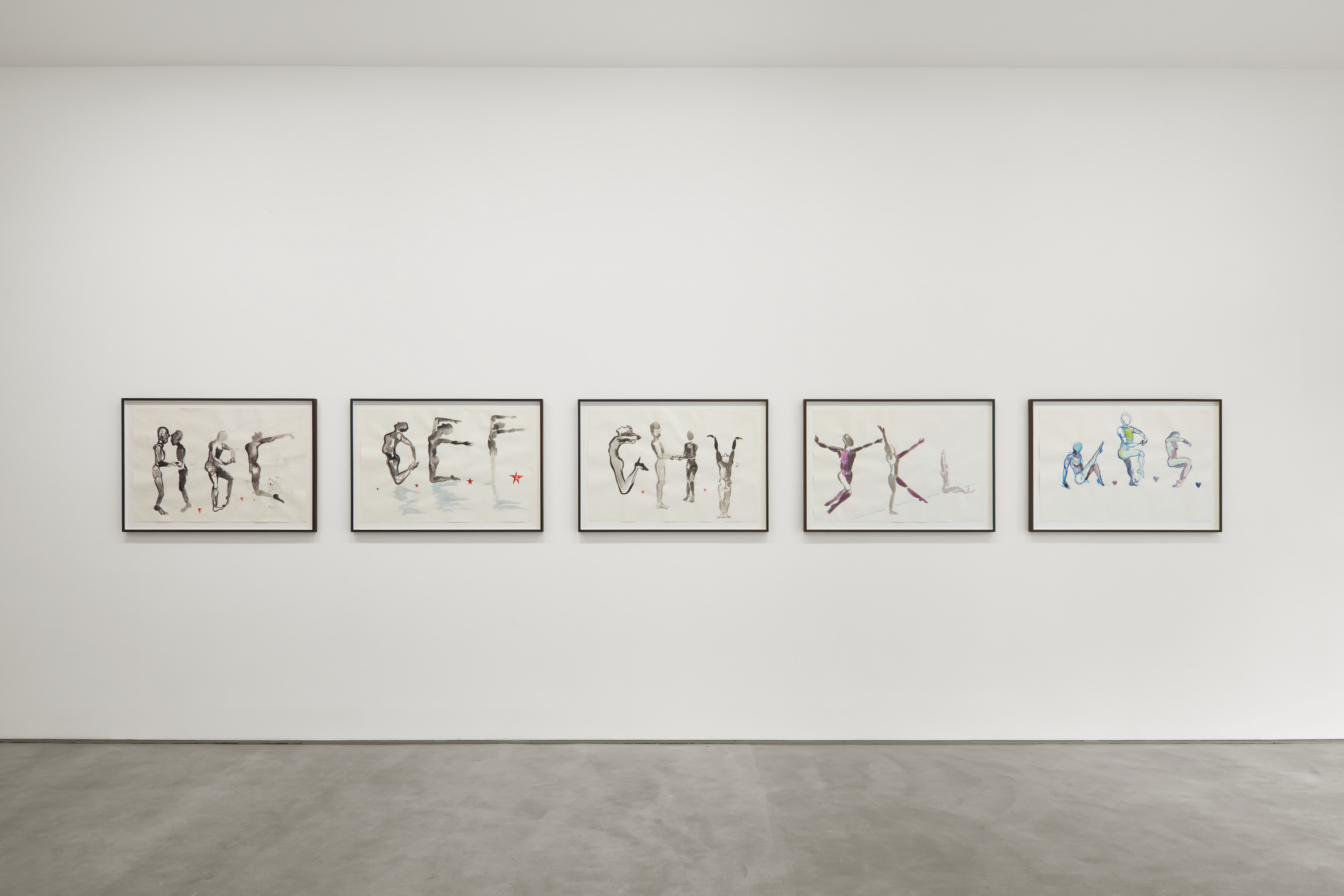