To tolerate occupying a space of unresolved.
To hover in the perpetual state of building towards.
Every step forwards feels like it’s
supported by clay.
Each application can sink.
As one element emerges another is
demolished.

The Approach is excited to present Built on Clay, a UK debut solo exhibition of paintings by Pam Evelyn (b. 1996, Guildford, UK). The show title takes its name from the geological composition of the city of London, which has a predominantly clay foundation. As a material, clay is volatile and unpredictable, it shrinks and expands depending on its water content, imbuing it with the capacity for collapse. Evelyn’s painting process shares similar qualities, the title becoming a comment on the work itself. From the moment she approaches the canvas, Evelyn begins with a problematic and challenging foundation, an untackled and incalculable terrain. Yet, through placing trust in her own intuition, following her own painterly impulses, Evelyn builds – brushstroke by brushstroke, layer by layer, ‘brick by brick’ – a densely rich and textured canvas. Thick layers of paint sediment atop one another; abstracted landscapes and figurations slowly emerge, disappear and reappear like changeable weather, a process which the artist likens to “a mist rising.”

On entering the main gallery, four large scale paintings hang impressively in the space. Promised Land, the largest painting in the exhibition is composed of three segments and echoes an abstracted version of Edvard Munch’s monumental painting The Sun both in scale and composition. This sublime landscape behaves like a mirage that oscillates between psychological and physical space.

In Built on Clay, waves appear to swirl, circle and crash on an open ocean. Recalling a recent essay by Martin Herbert, Evelyn’s “art is a productive meeting of two perspectives: the slower, airier time by the sea—where, as anyone who has lived there knows, you simply think differently—and its recollection amidst metropolitan tumult. In the paintings, the maritime world is infused with headlong pace and concrete clang.”

In Sweet Smelling Smoke, tangles of red and blues paint intertwine, outlines of figures emerge and fade away. Warm autumn shades evoke a woodland scene, or perhaps, more menacingly, suggest the drama of forest fires still in the throes of flame and destruction. Whilst in Routine Escape, blues and greens taken from the palette of a Turner painting move fluidly together, brushstrokes round and fold back on themselves, waves of paint settle and recede. A sailing vessel appears to drift through swells of paint and choppy patchworks of canvas. Recalling Herbert once again, Evelyn’s: “compositions themselves arise out of a process of repeated strategic wrecking and partial salvage, destruction of what was there before until a sense of vivid spontaneity is achieved, as if the painting had achieved its final form in an instant.”

In the annexe space, works on paper by Evelyn reveal the processes and impulses that underscore her paintings. In the coloured works, rectangles of ink and gouache evoke the high-rise buildings of overcrowded cities, assuaged by the pause of an empty skyline. The black graphite drawings are more claustrophobic: expressive smudges suggest people and pollution, all accumulating together as urban sedimentation. Where Evelyn’s paintings are produced with many layers of application, inversely, her works on paper are stripped back, direct, immediate. Almost like a signature, or handwriting in an abstract language, the works on paper reveal a trace of their owner. 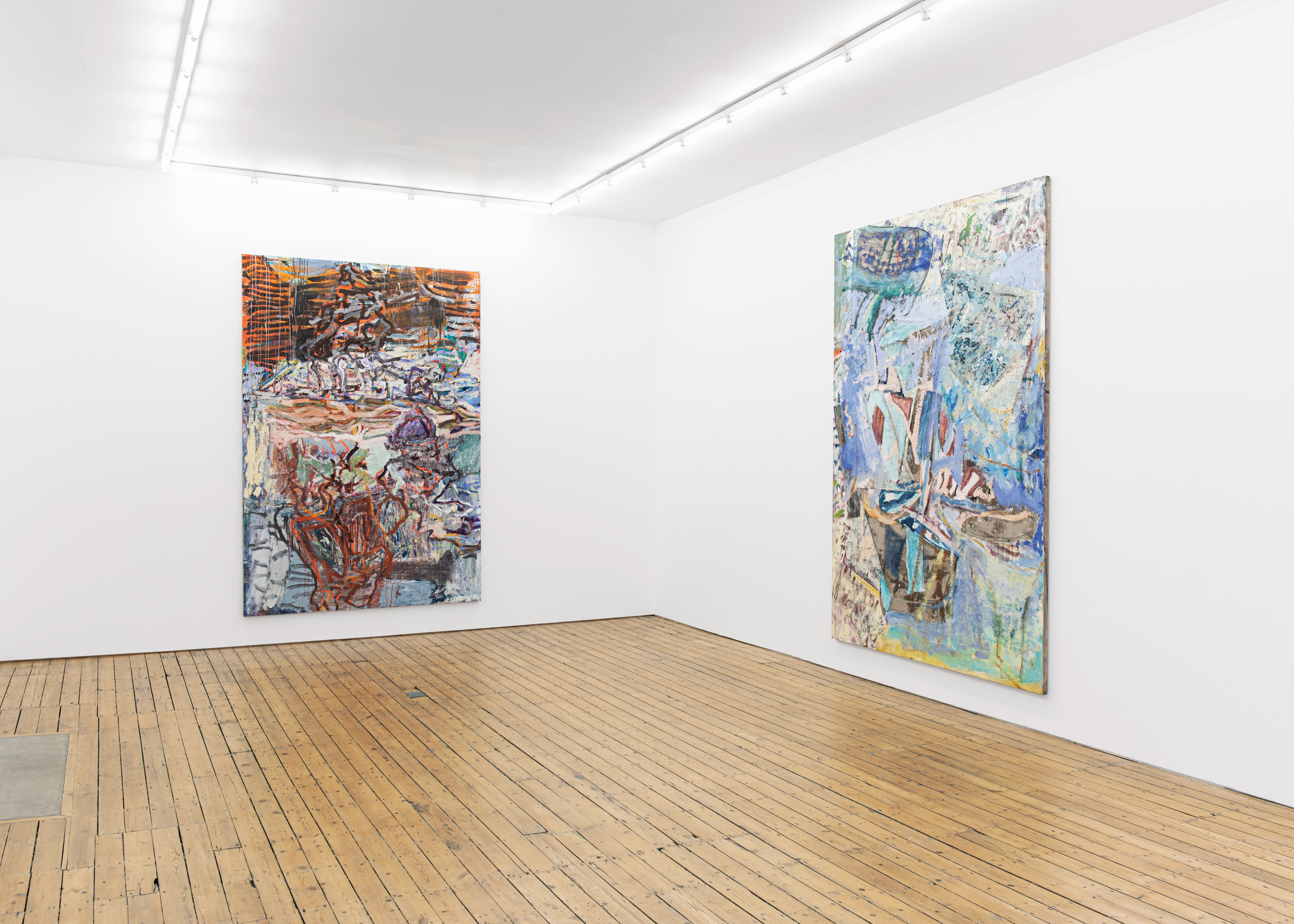 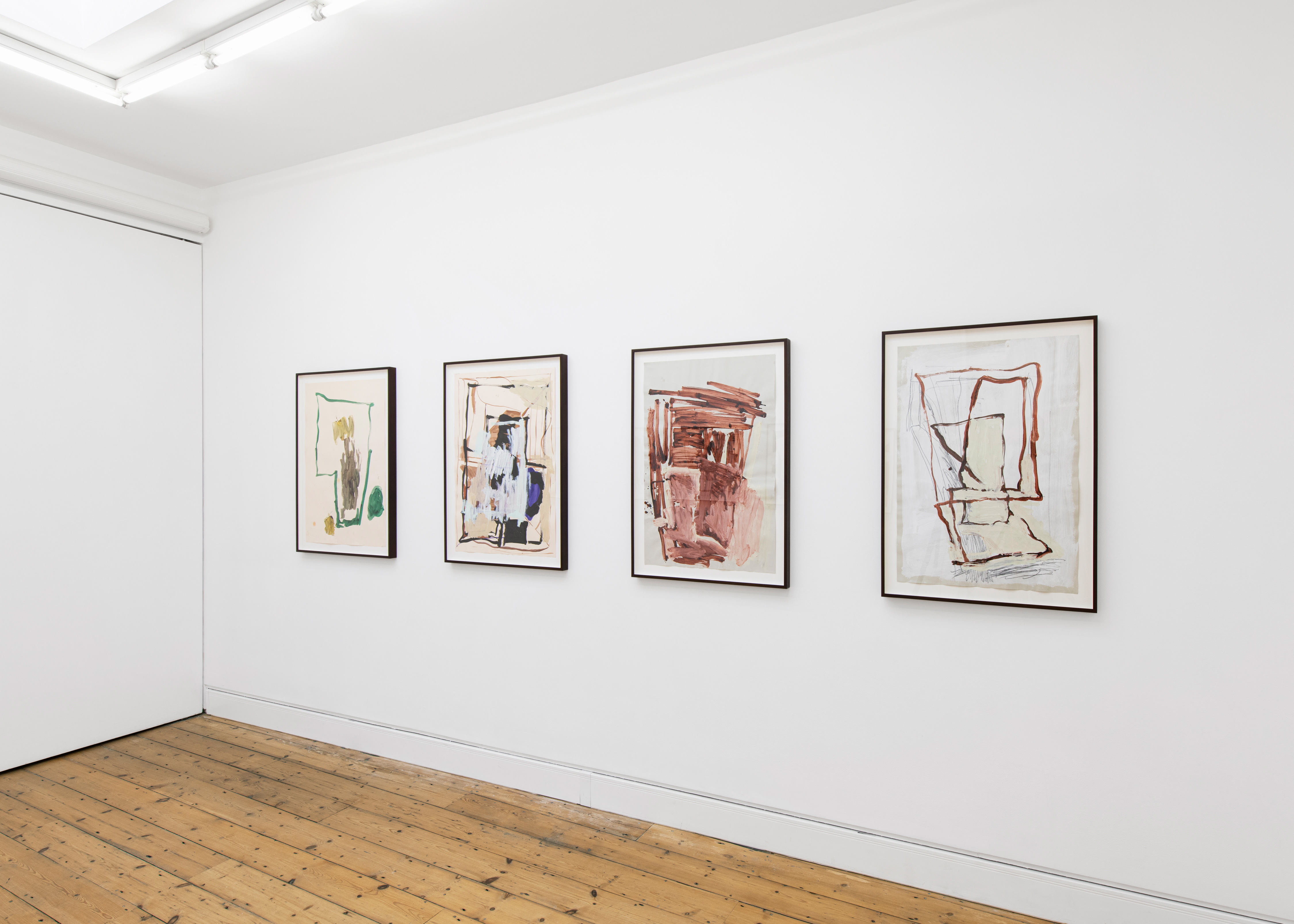 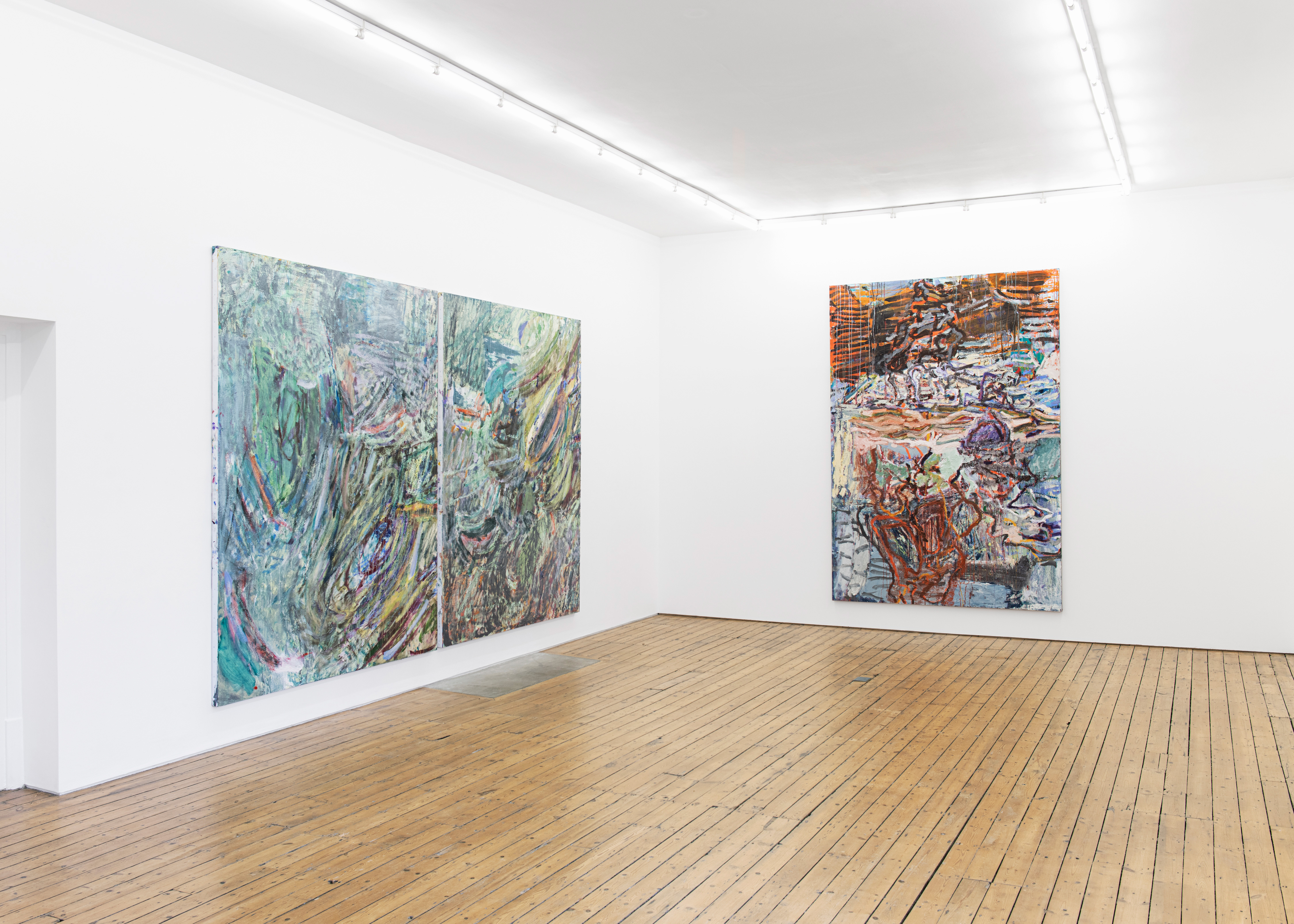 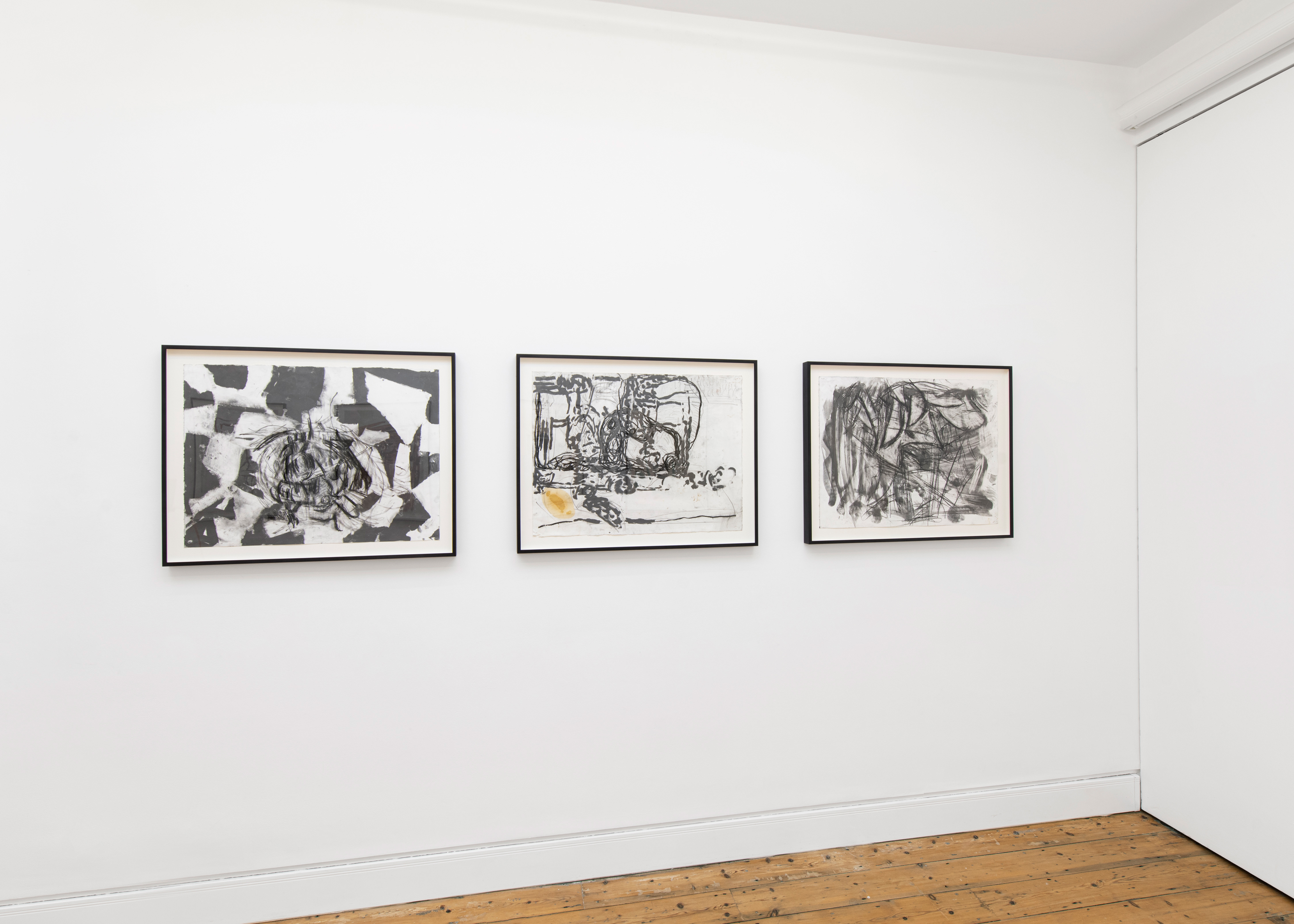 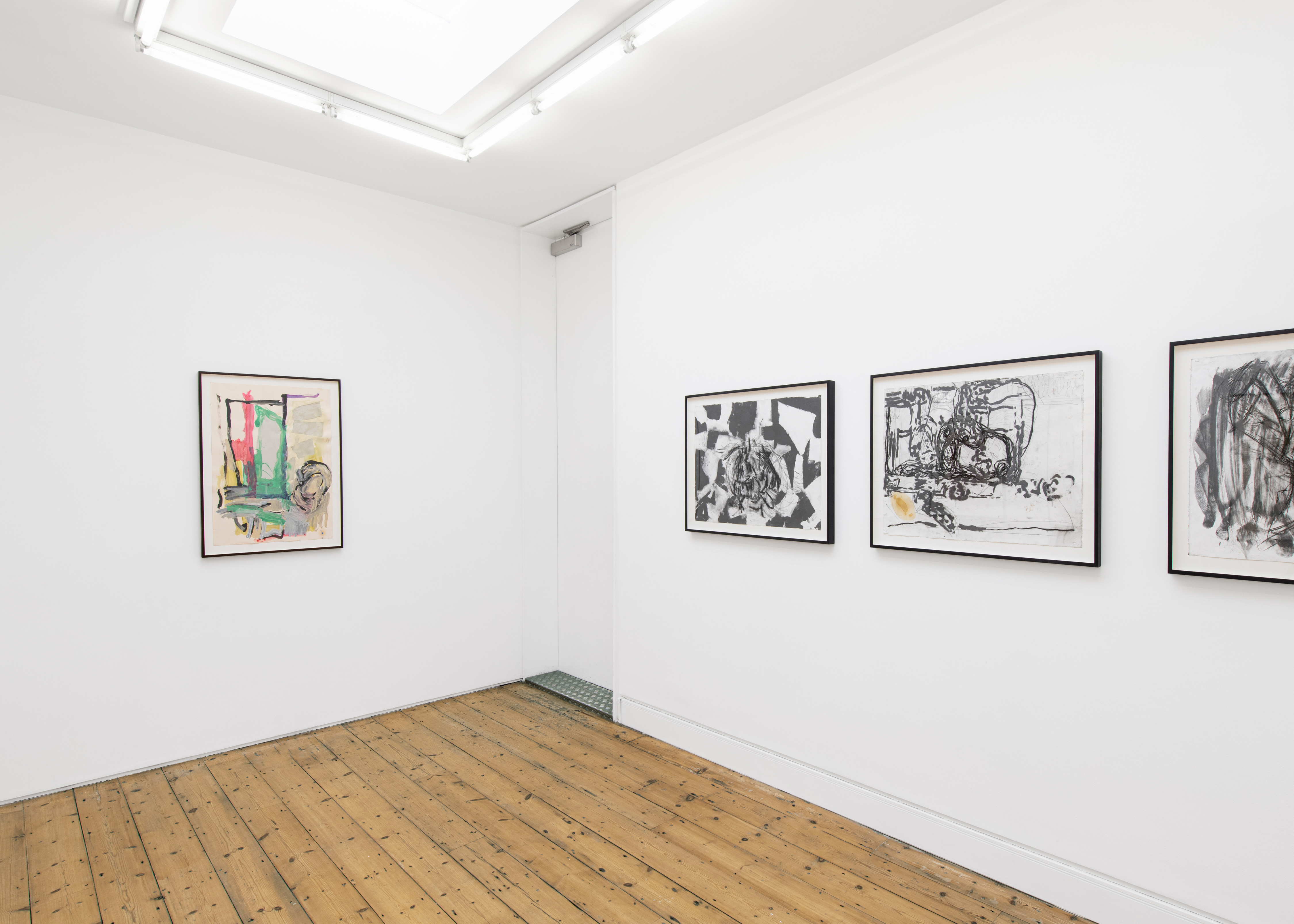 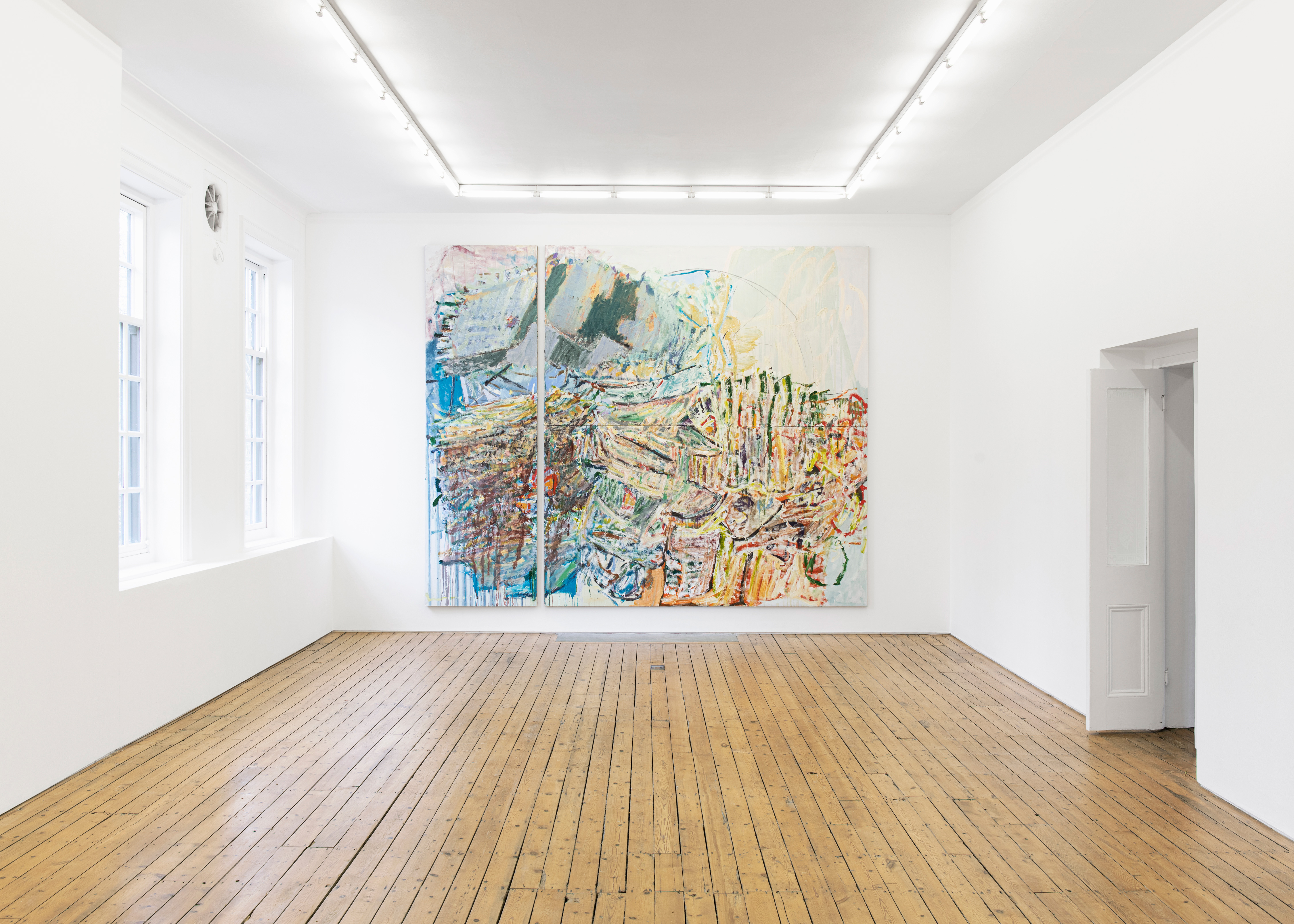 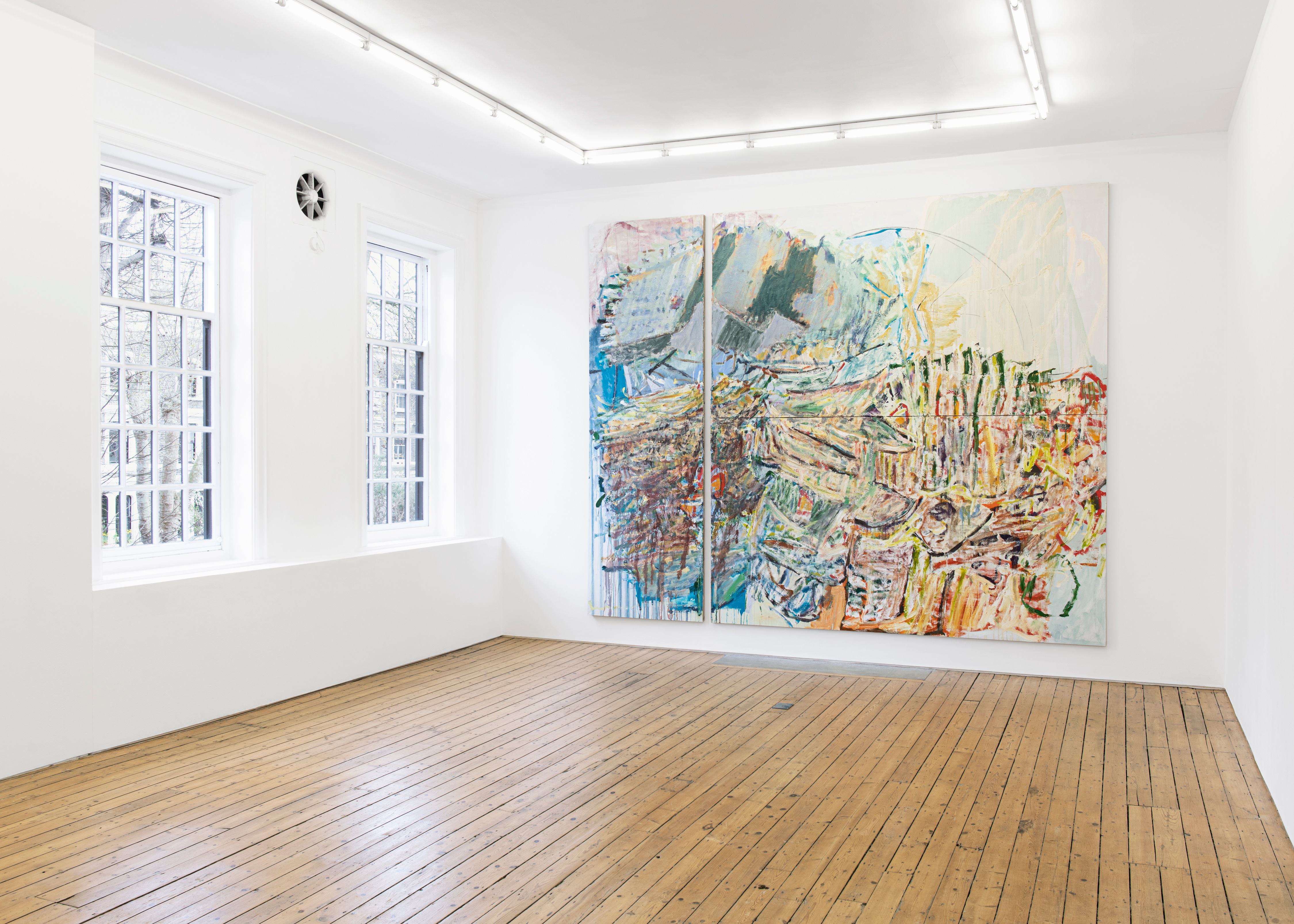 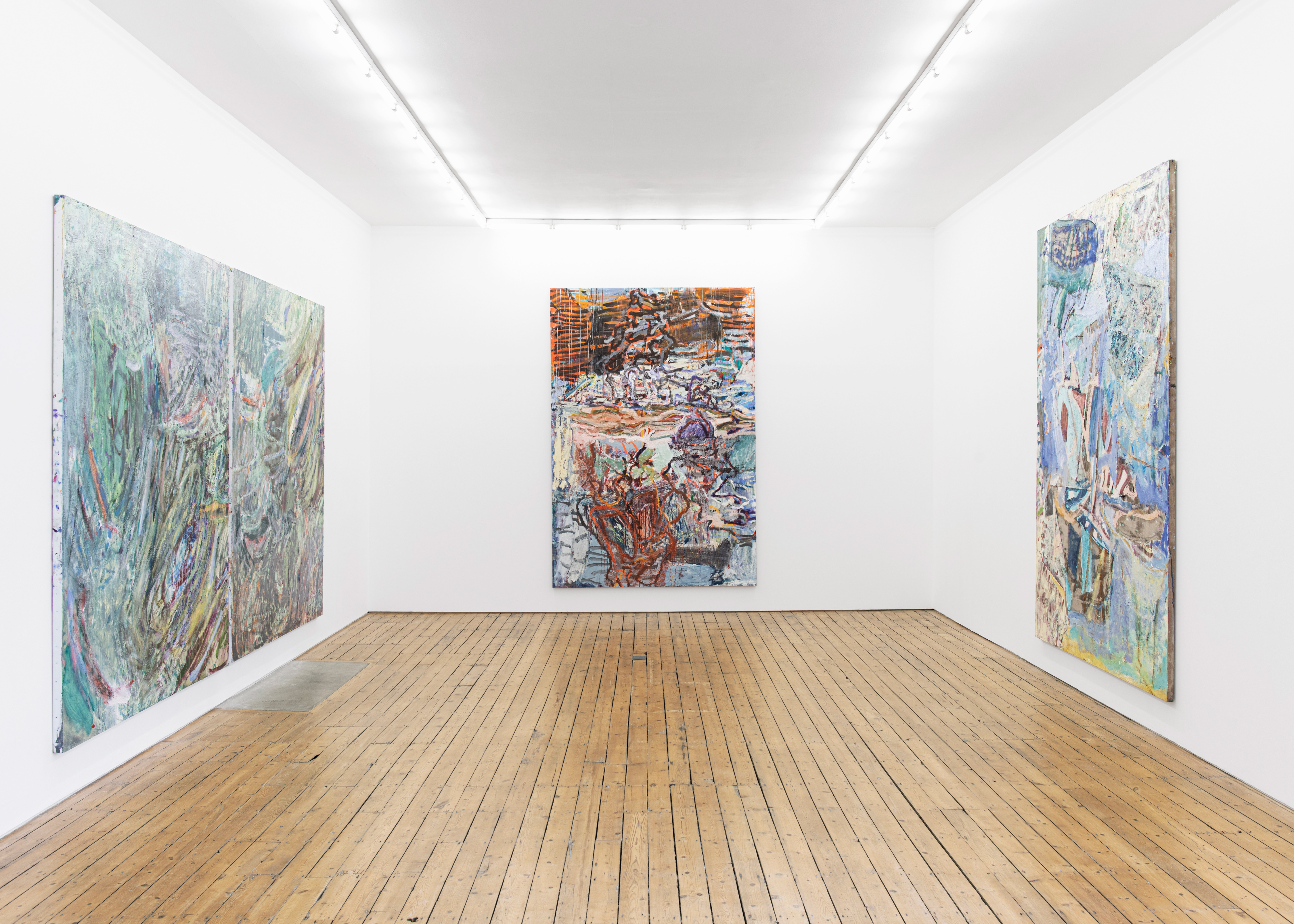