Gordon Robichaux and Herald St are pleased to present TOTAL PLASTIC GRAVITY, an exhibition of photographic works, collage, and a fabric weaving by English and New York–based artist Nick Relph. The exhibition is a collaboration between both galleries as part of our ongoing relationship: a 2019 Condo exhibition at Herald St London and our shared representation of artists. Relph’s exhibition at Gordon Robichaux is his first in New York since his 2016 show at Gavin Brown’s enterprise.

Relph conceived of TOTAL PLASTIC GRAVITY as a response to Gordon Robichaux’s exhibition space in Suite 907 of 41 Union Square West. Immediately upon entering the intimate room, the viewer encounters two large windows that frame an expansive, north-facing view of the New York City skyline. From the ninth-floor vista, the view appears static, mostly void of people, a kind of flattened display of New York’s history, as told through competing architectural styles—among them neo-Gothic, Victorian, Art Deco, Modern, and contemporary glass residential towers—and iconic features—the rooftop wooden water towers specific to the area, the crowning spire of the Empire State Building, and the large clock on the face of The Metropolitan Life Insurance Company tower.

Flanking the windows of the gallery, Relph has organized a group of his artworks, one abutting the next, around the walls of the room. The installation is organized with no hierarchical distinctions between size, media, chronology, or production techniques whether mechanical or handmade. Relph embraces “repurposing” as a strategy for “some kind of escape” from the constraints of linear development or finitude—the exhibition combines works made between 2010 and 2022 including works drawn or printed on found materials, previously exhibited in other contexts, or inserted into frames that once housed artworks that the artist has since destroyed. Taken as a whole, the band of objects creates an immersive visual space—a horizon—that positions the viewer within an array of images, technologies, surfaces, textures, and creative processes.

Many of the artworks feature photographic images of buildings—distorted and fractured with visual rhythms of glitches, slippages, and graffiti—that suggest displacement, fluidity, and transition. These are the products of Relph’s ongoing activity (beginning in 2015) in which he uses a handheld scanner to spontaneously capture images from digital renderings of new buildings, posted on the barrier walls surrounding construction sites throughout the city. This body of work is the subject of Relph’s 2021 monograph, Eclipse Body & Soul Syntax, published by artist Matt Connor’s imprint Pre-Echo Press. Connors describes the work as an “unofficial and urgent index of a new city quickly replacing an old one. … Extreme high resolution butts up against the handheld nature of the scanning process, and the uncanny irreality of manufactured light and space in the construction renderings, to create an ominous dictionary of the dystopian present of urban cities around the world.”

Within the exhibition, each of the photographs has its own distinct presentation format and relationship between image and surface: printed, mounted, or collaged in strips onto the support; pinned to the wall; or framed. Between these works, Relph has interspersed a number of works made on Comme des Garçons packaging—one printed with a rendering of a glass skyscraper, another with letters that spell RENT—and Seven Mile Mirror, a large cotton textile with a graphic pattern of vertical stripes that the artist wove on a loom. The installation suggests a kind of visual and conceptual rhyming between images, objects, processes, and activities that offers the viewer many points of entry and movement akin to philosopher Guy Debords’ concept of the dérive, or “drift,” through the city streets: “a mode of experimental behavior linked to the conditions of urban society: a technique of rapid passage through varied ambiances.” Relph embraces these radical strategies of being and making as forms of resistance and possibility—a disruption of values, perversion of production, and a path to reclaim, free up, and locate subjective agency in the world. 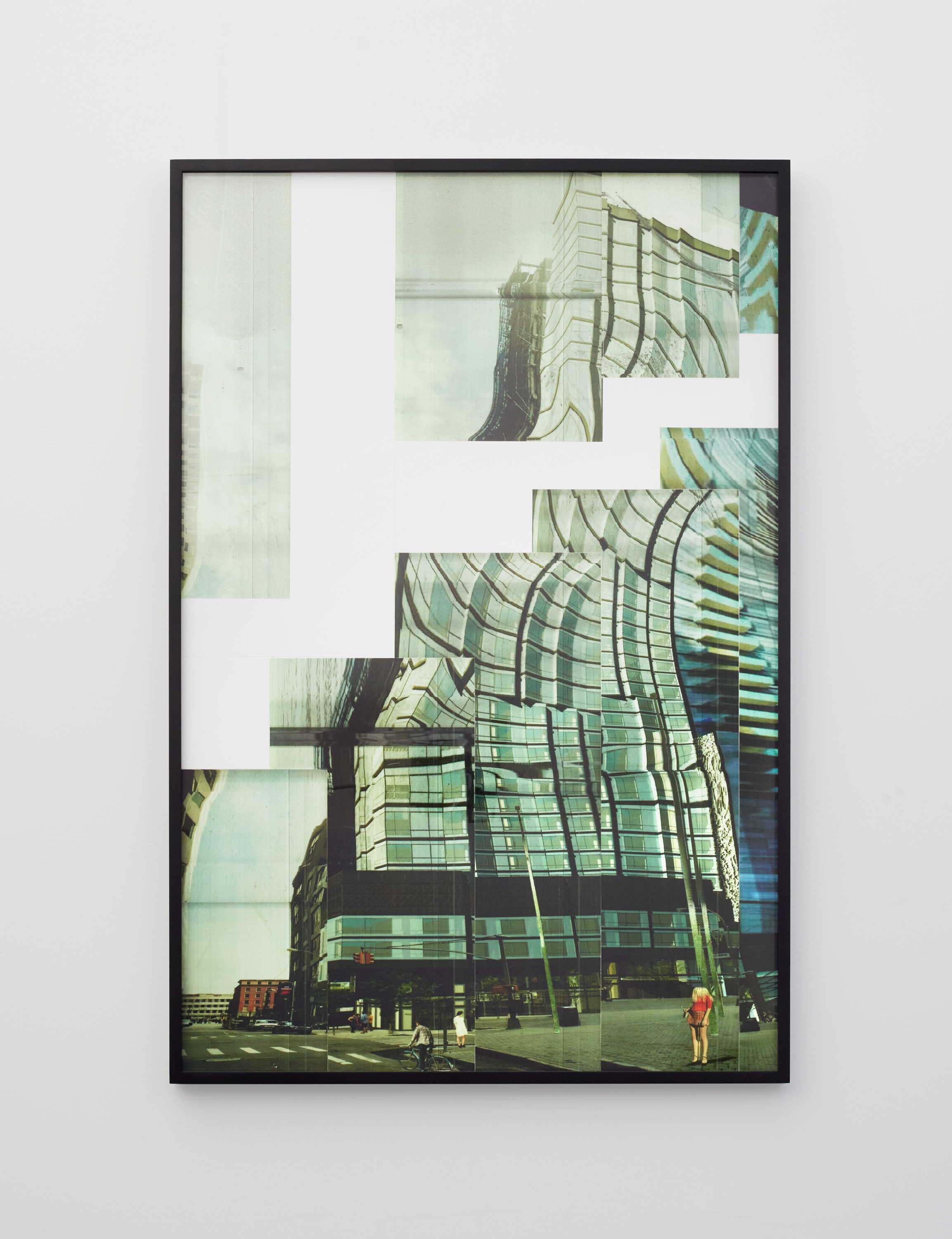 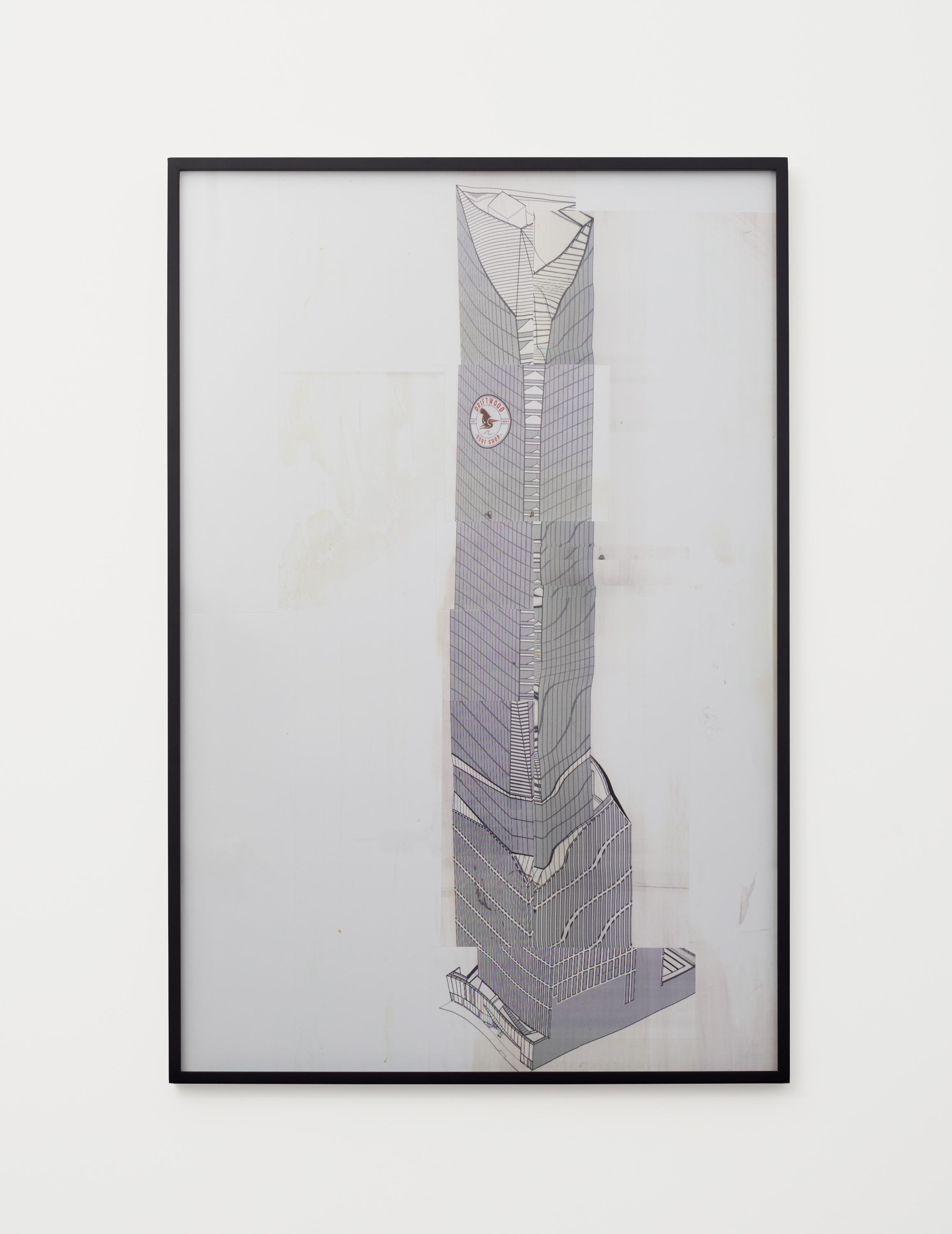 Nick Relph 'In an Island with You' 2022, Unique Cibachrome collage on board in frame, 42.5 x 28.5 in, Courtesy Gordon Robichaux, NY and Herald St, London. Photo Ryan Page 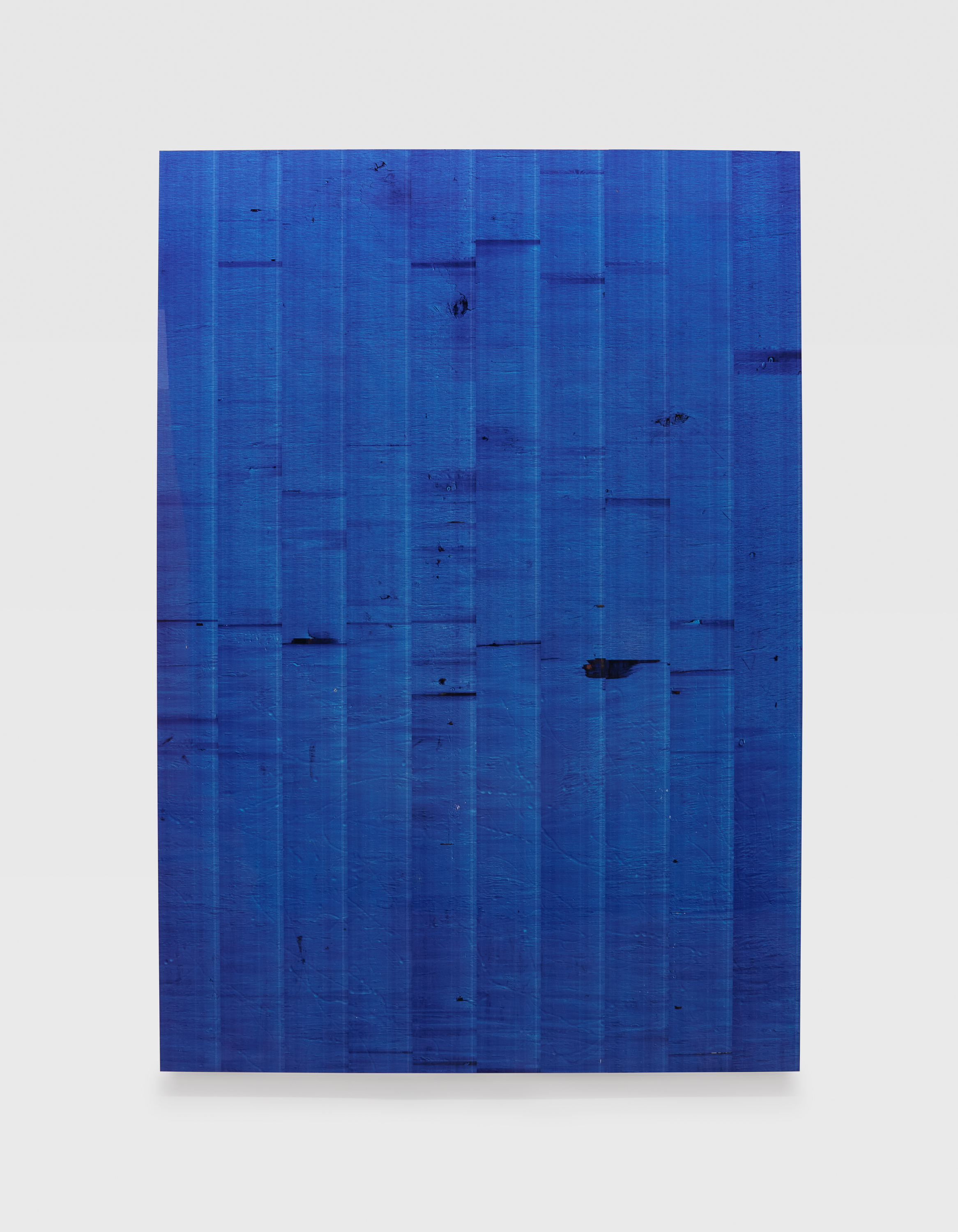 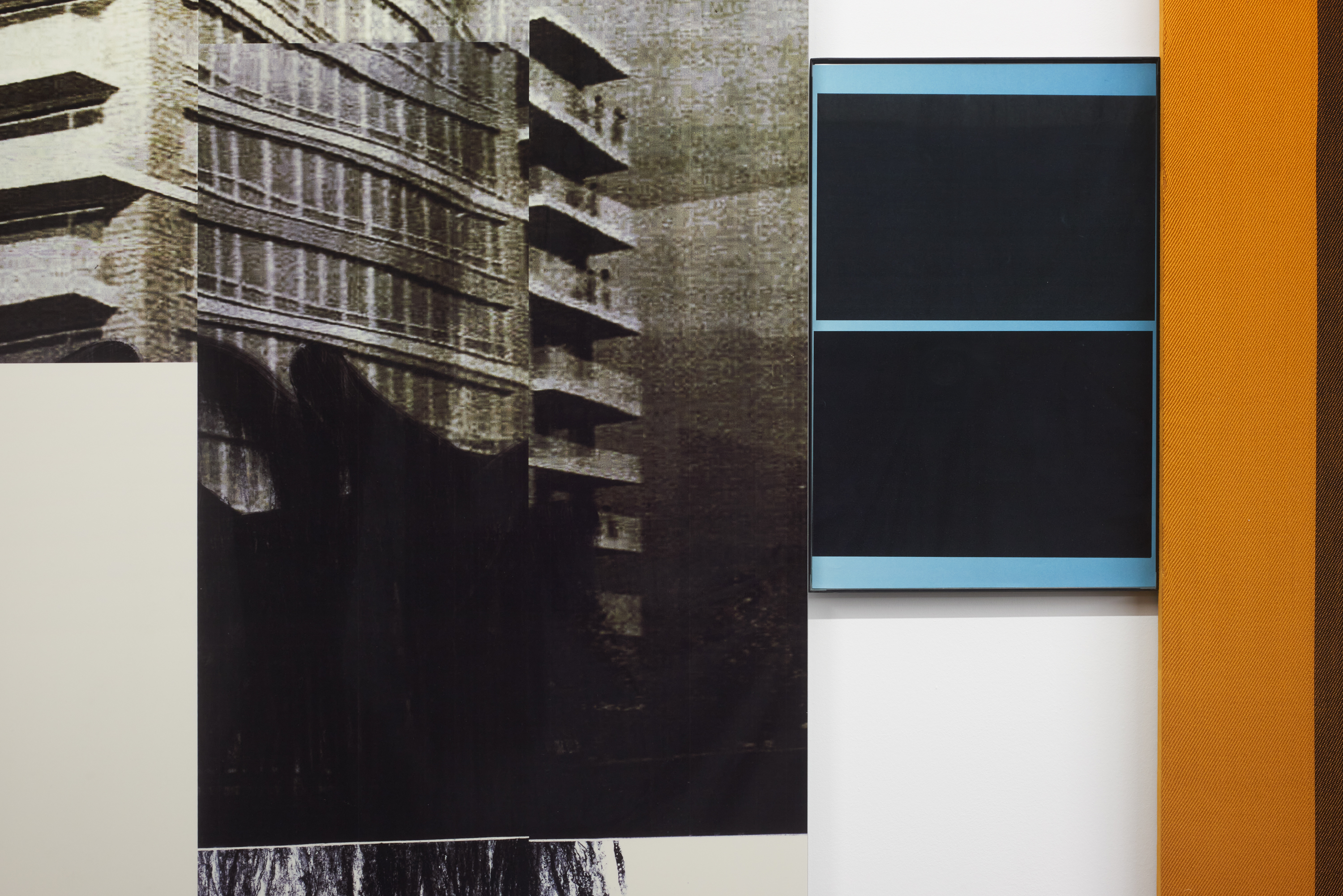 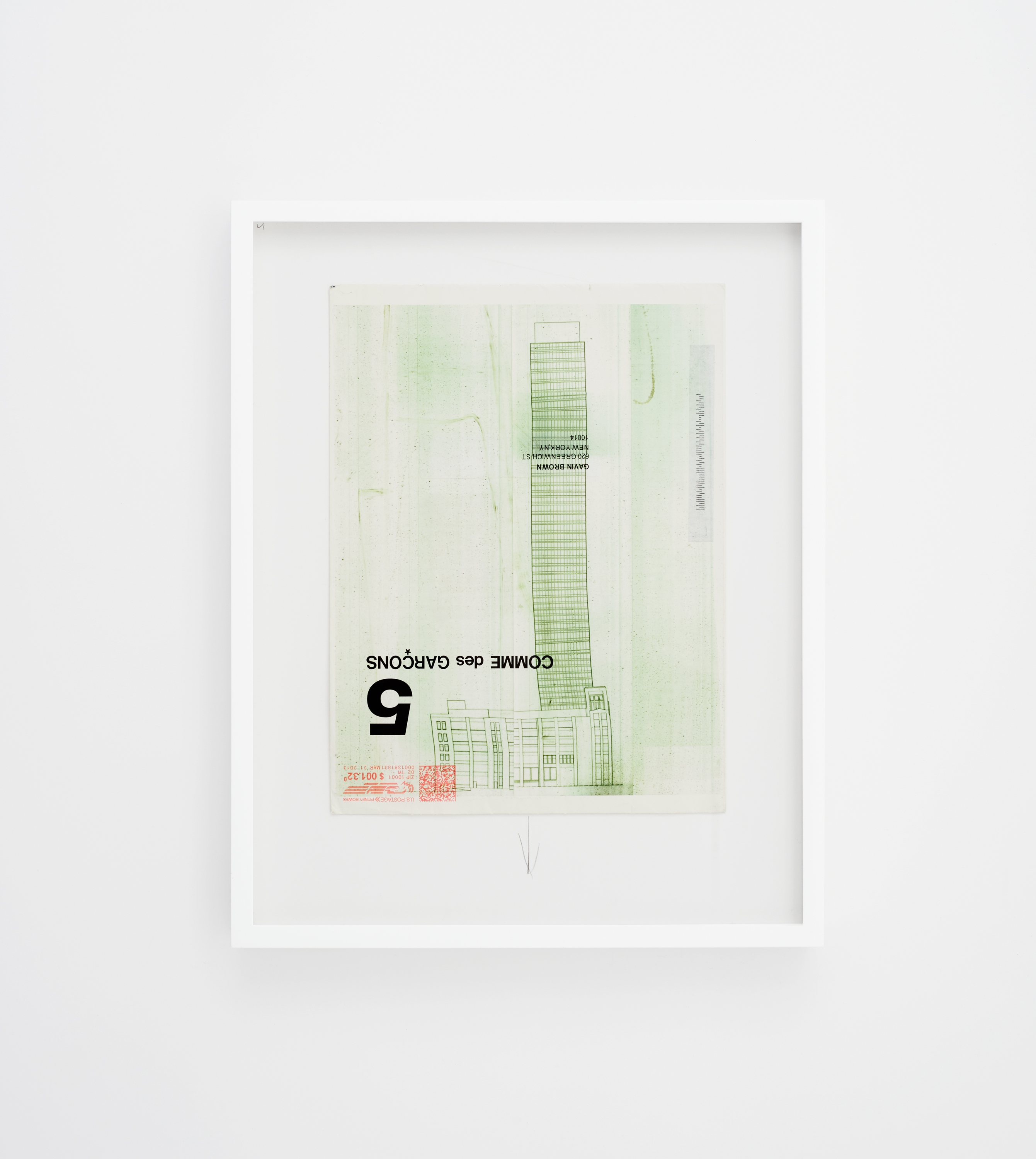 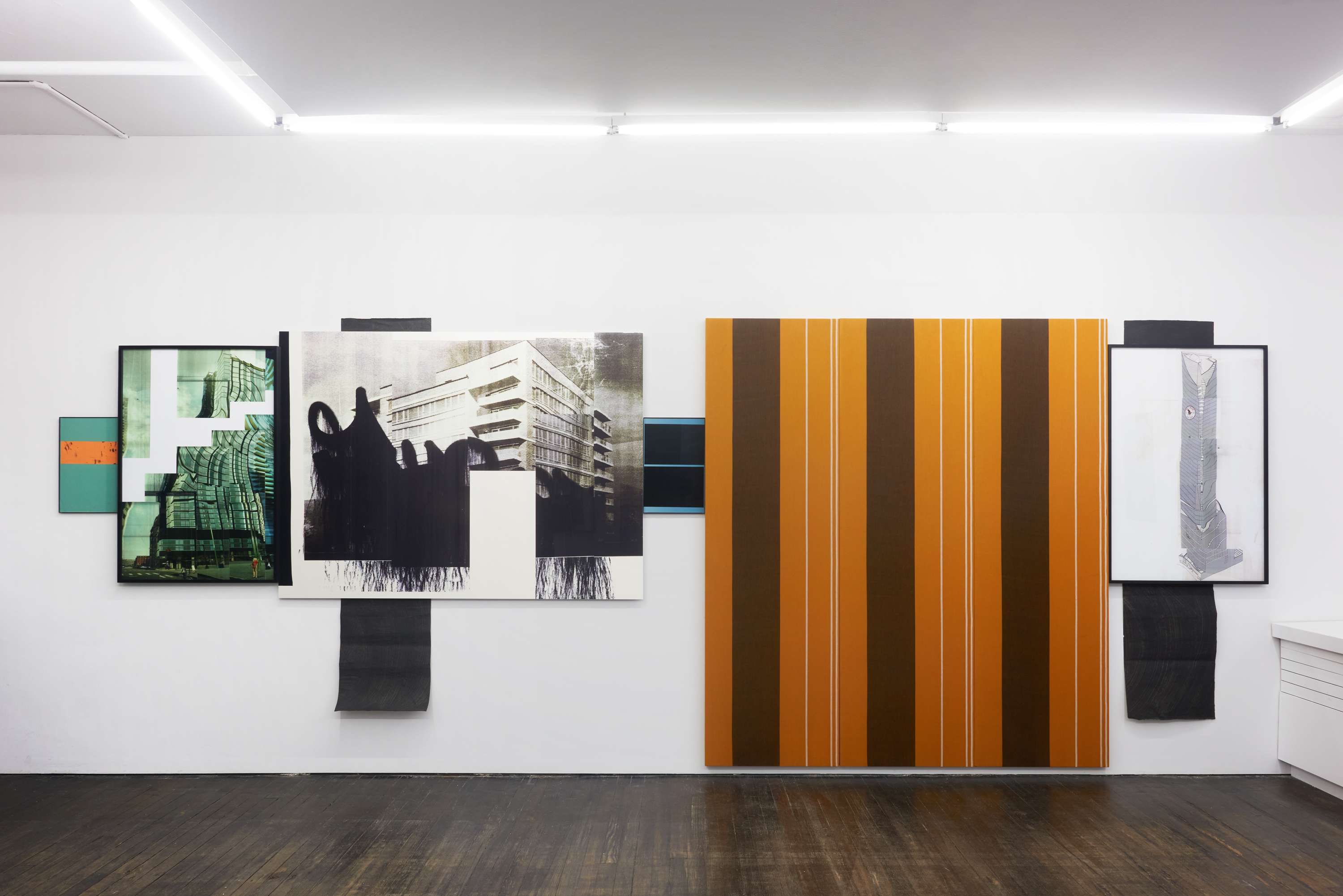 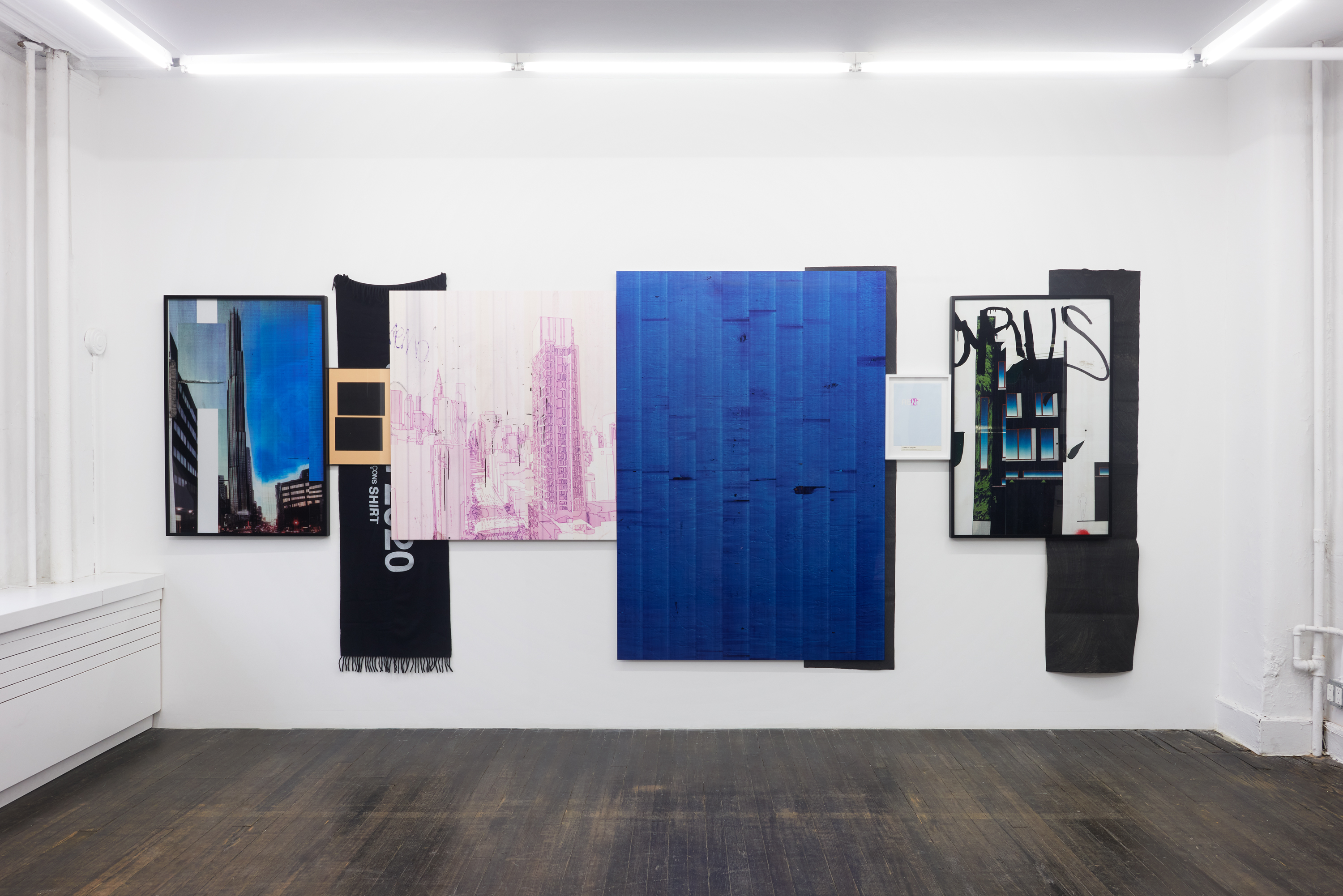 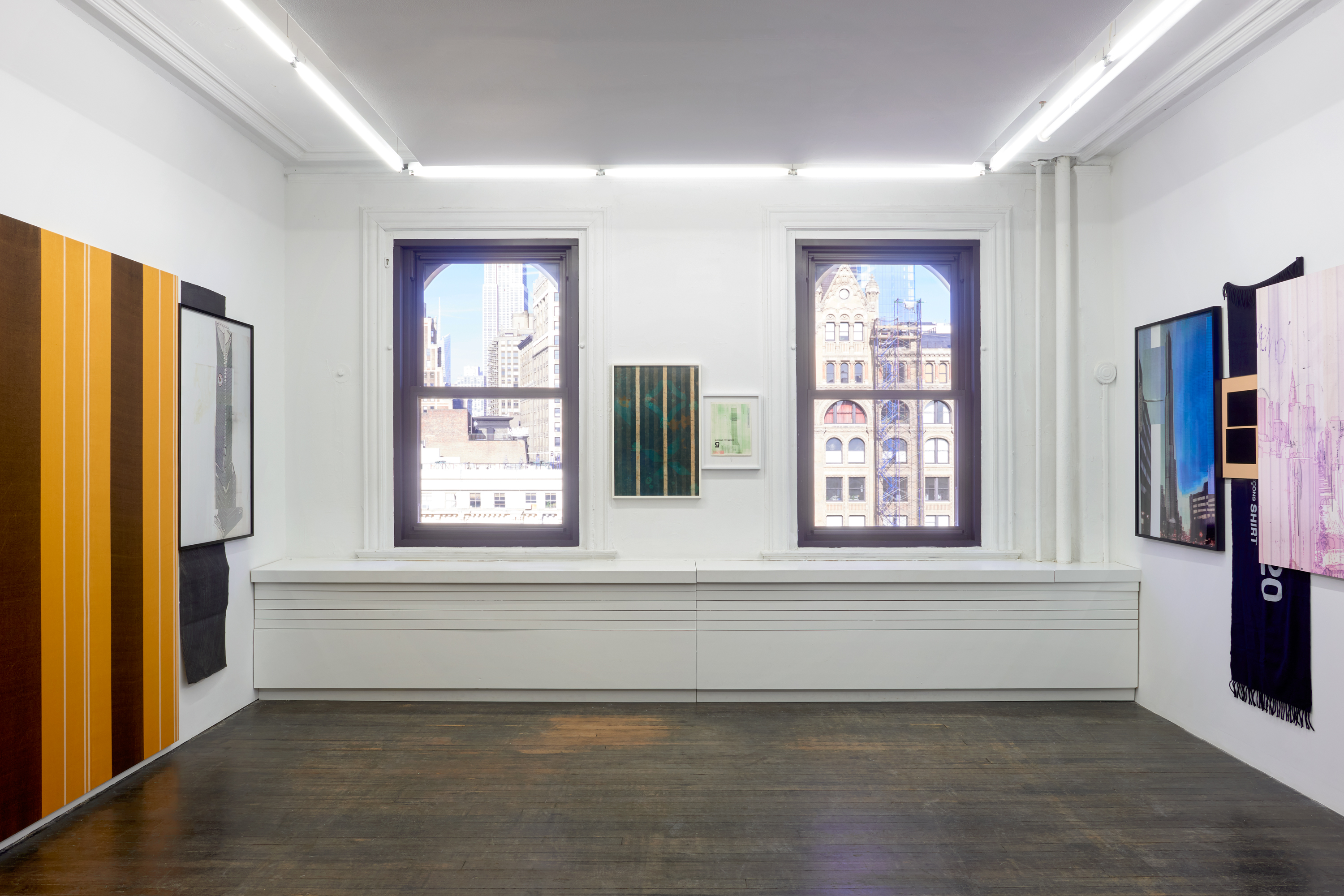