Both artists will show works made in 2020, and both will show paintings in which words feature prominently.

Mike Cloud builds his large, sculptural paintings from hand-constructed geometric canvases thickly layered in oil paint and embedded with household objects like children’s blocks and wooden spoons. The words on these canvases either reference world events—an act of genocide, the beheading of a schoolteacher, the suicide of a public figure—or a domestic concern: potty training a toddler, buying a pet, grocery shopping. There is, both within this group of paintings and within the paintings themselves, the juxtaposition of the public, political and societal and the private, domestic and daily. We are reminded, again and again, of the coexistence of the horrific, the violent, and the almost unendurable, and its opposite: the gentle, the personal, and the loving.

Many of Mike Cloud’s paintings contain a central spiraling line of text that spells out a URL address. One URL leads to information about the beheading of middle school teacher Samuel Paty; another leads to a site that advises on adopting a puppy. One URL leads to an article with the title, “Extermination of the pygmies.” Its subheading reads, “Deep in the Congolese jungle, rebel groups are united only in their desire to wipe out the Bambuti. Their weapons include murder, mass rape and cannibalism, reports Anne Penketh.” Another leads to an article titled “Potty Training: How to get the job done.” Its subheading reads, “Potty training is a major milestone. Get the facts on timing, technique and handling accidents.”

There is a sculptural quality to the paintings themselves, in which canvas shape is prominent; objects are both affixed to the stretcher bars and jutting out from them. All paintings in this group are adorned with children’s wooden building blocks. Kitchen spoons rise from several canvases; jutting from another is the head of a common broom.

Canvas shape features particularly prominently in “Hanging (Anthony Bourdain),” the only painting in the group that doesn’t include words; its shape brings to mind the top of a gallows, and nooses—made from belts—hang from pegs that protrude from its uppermost bar.

The geometry of the canvases themselves is central to these works; they include a doubled hexagon, a six-pointed star, diamonds, a star made from two squares, a coffin-shaped hexagon, and a double-headed arrow from a rectangle and triangles. Each stretcher is hand-constructed, with its wood left raw and exposed; in some places, the stretcher bars end in splintering. Each canvas is attached with staples left apparent. The paint is thick and layered, and often globs are prominent on the exposed wood of a stretcher. Also notable is the considerable scale of these works; two of Cloud’s paintings are over nine feet long; most are at least five feet.

In the painting “Beheading (Samuel Paty),” a second canvas is layered over the first; holes cut into the top canvas create a kind of tunnel from the surface of the upper canvas down into the heart of the work. Words feature prominently on the upper canvas; each corner is marked by the word for a part of the head—LIP, TONGUE, EAR—while the children’s blocks affixed feature drawings of common things—a key, a bunch of grapes—with the corresponding word underneath. The viewer must look into the painting—into the cavern created—to access the painterly information on the canvas underneath; that process of looking deeply—both into the paintings themselves, and into the subjects and real-life events they reference—is central to these works. What’s found on the bottom canvas is a particularly heavy slathering of paint: emotional, raw, and wordless.

Each of Sam Jablon’s paintings is both a painting and a poem; the New York-based Jablon studied poetry at Naropa University before moving to Brooklyn to get an MFA in Visual Art at Brooklyn College, where he was a student of Mike Cloud’s. Jablon uses a thick application of oil paint to create brightly-colored canvases in which words are obviously present, and yet challenging to decipher; in some paintings, the words are in mirror image, and must be read backwards; in others, words appear partly on one line and partly on the next, requiring the viewer to assess the letters carefully to determine what is being spelled, what is being said. The slow decoding of each message is central to the experience of each work, as is the feeling of excitement at the prospect of such decoding.

Tones vary greatly among Jablon’s works, as they do among Cloud’s. In “Pleasure,” hot pink letters rise over a blue and orange ground. The bottom left quadrant of the canvas is the orange of tangerines: ripe, bright, vital. The blue in the upper right is the hue of an active sky. The loops of the letters themselves—the swerve of the “s,” most prominently—feel luxuriant.

In “Time,” the title word appears three times backwards—the first time, it is a vibrant poppy red; the second, that red has been muted by mixture with the colors of the painting’s ground; by its third appearance, the coloration of “time” is muddier still. The painting’s ground is a thick swabbing of pink, navy blue, yellow and green that becomes a kind of blur: the world seen through the window of a bullet train. There are flashes of clarity—a moment of turquoise, or canary—amidst the great melding, the great speed.

In “Don’t Panic,” the words—which appear in mirror image—spread out over three lines (DON/TPA/NIC). The painting’s ground is a soothing blue overlaid with a frenetic red zigzag; the interior spaces in each of the letters also contain jagged lines of red. Apparent is the natural tension in the phrase—the tension between the idea of not panicking and the panic therein.

“Don’t Panic” is five feet tall; the largest work among Jablon’s canvases, “Nothing Bad Happens,” is seven feet tall. “Endlessness,” another five-foot work, again touches on the feeling of passing time. Its ground is the dark blue of deep waters, with its long, washing horizontal strokes apparent. Its text, also mirrored, spells “Endless Endlessness” in bright yellow lines. By the time the text reaches its terminus—the bottom left corner of the canvas—yellow tributaries of paint have begun to swirl off the final letters—a looped smearing that brings to mind being whirled in eddies.

Seemingly endless loops of time, and a horror over world events coupled with the need to continue doing the work of the everyday, are natural themes for works made in 2020: a year of pandemic and quarantine, of grief, reflection and soldiering on.

Mike Cloud is an American painter living and working in Chicago, Illinois. He earned his M.F.A. from Yale University School of Art and his B.F.A. from the University of Illinois-Chicago. His work has been exhibited at P.S.1, NY; the Studio Museum in Harlem, NY; Danubiana Meulensteen Art Museum, Slovak Republic; Honor Fraser Gallery, CA; Thomas Erben Gallery, NY; Good Children Gallery, LA; Marianne Boesky Gallery, NY; White Columns, NY; Max Protetch, NY; and Apexart, NYC. Cloud’s work has been reviewed in the New York Times, Art in America, The Washington Post, ArtForum and Art Review, and featured in the book Painting Abstraction by Bob Nickas, published by Phaidon Press. His awards include the inaugural Chiaro Award from the Headlands Center for the Arts, an artist fellowship from the New York Foundation for the Arts, and the Barry Schactman Prize in Painting from the Yale University School of Art, as well as the Grace Holt Memorial Award in African American Issues from the University of Illinois, Chicago. His work is held in private and public collections including The Bronx Museum (New York, NY), Lincoln Center (New York, NY) and the Metropolitan Museum of Art (New York, NY). Cloud has lectured on his work and contemporary theoretical art issues at the Jewish Museum, Mason Gross School of the Arts at Rutgers University, Yale University, Cooper Union, Bard College, Kansas City Art Institute and the University of New Orleans. He is currently a professor at Northwestern University.

Samuel Jablon is an artist and poet based in New York City. Jablon received his MFA from Brooklyn College/CUNY (2013) and his BA from Naropa University, Boulder, Colorado (2009). He has performed and exhibited at the Museum of Modern Art, The Queens Museum, Hauser & Wirth, Storefront for Art and Architecture, The Kitchen, Artists Space, Blum & Poe, the Landing, and Ballon Rouge Collective. His work has been reviewed in The New York Times, The Wall Street Journal, Interview, Art in America, ARTnews, Hyperallergic, BOMB, and The Brooklyn Rail. 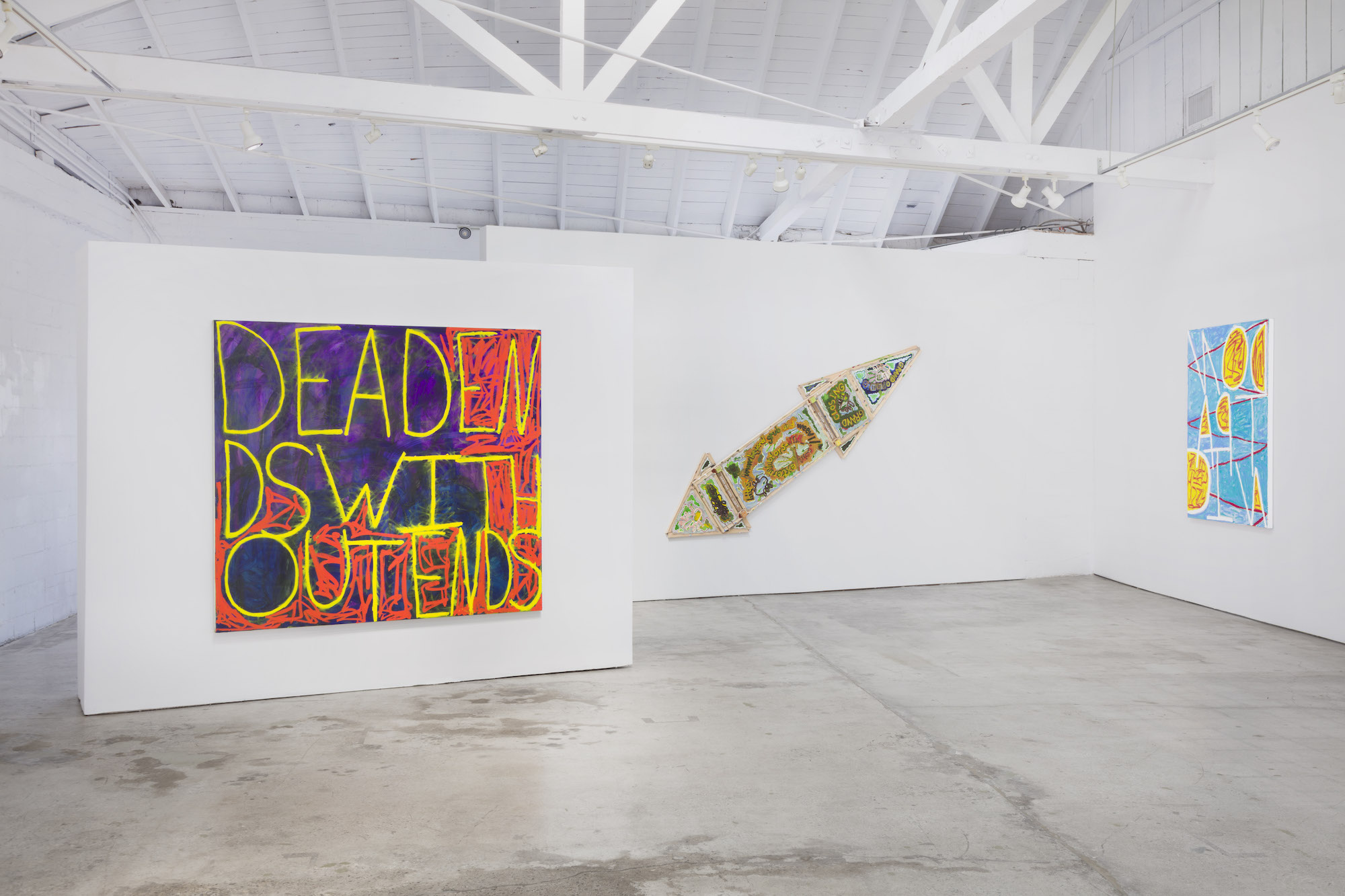 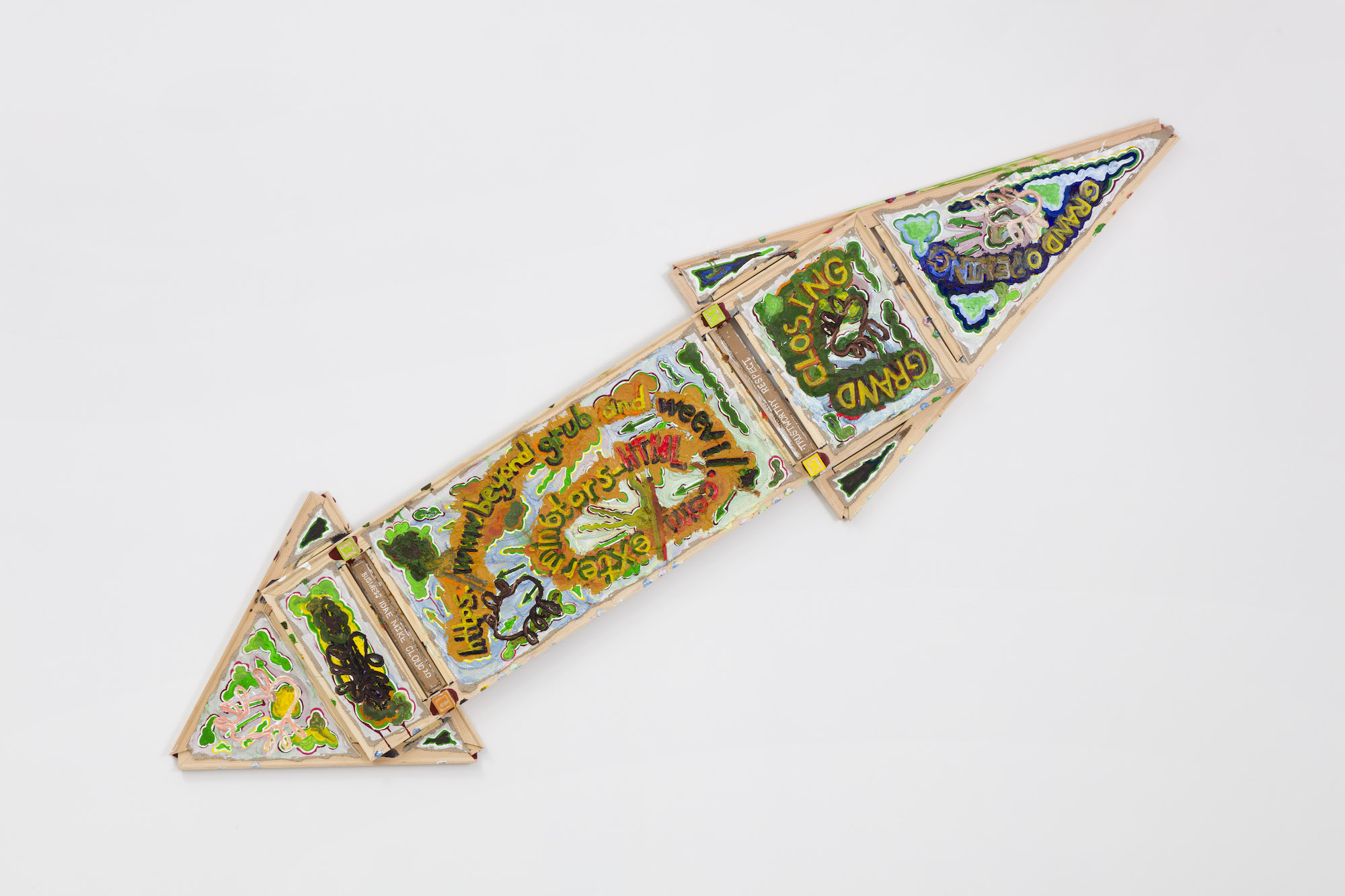 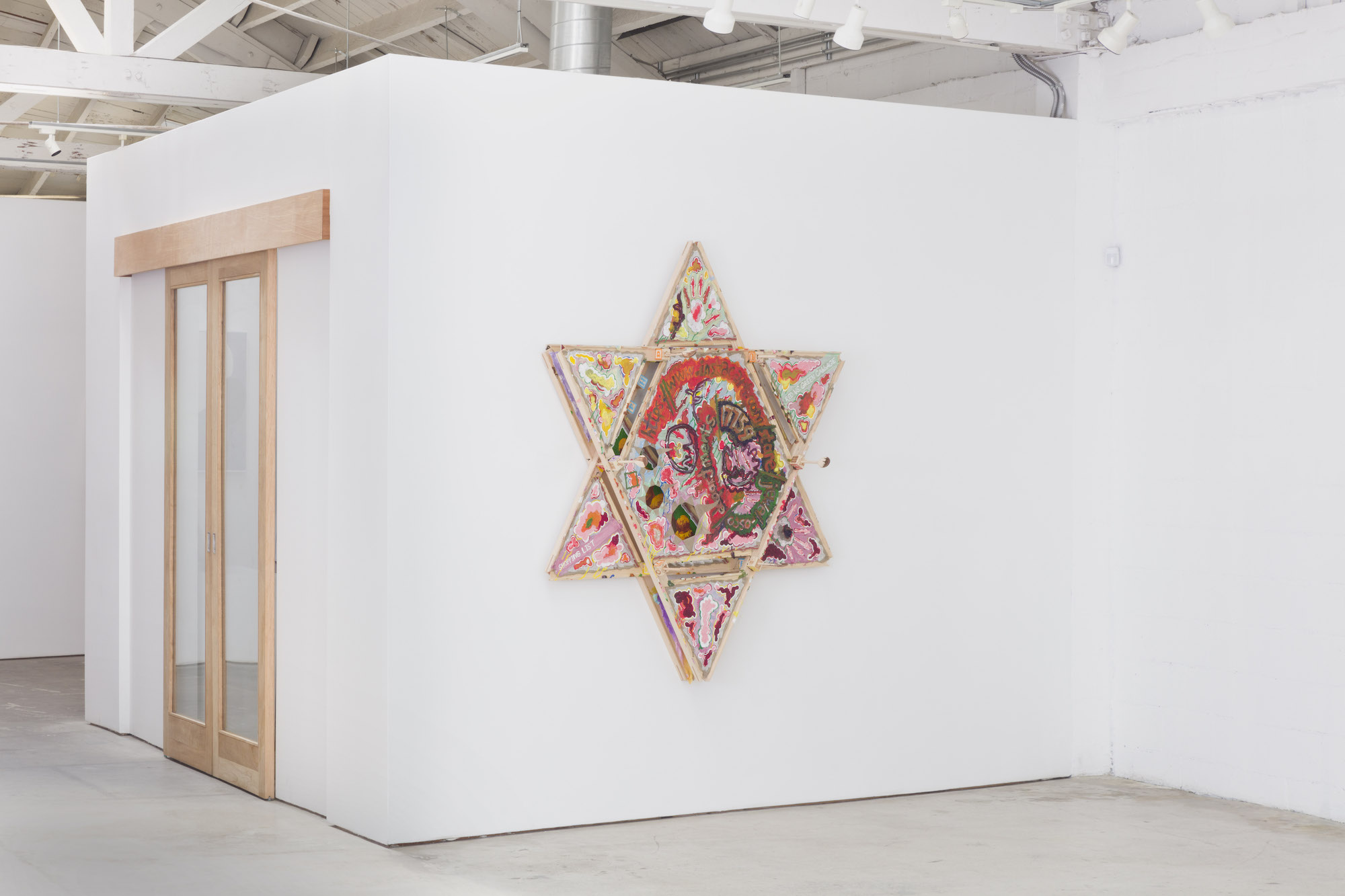 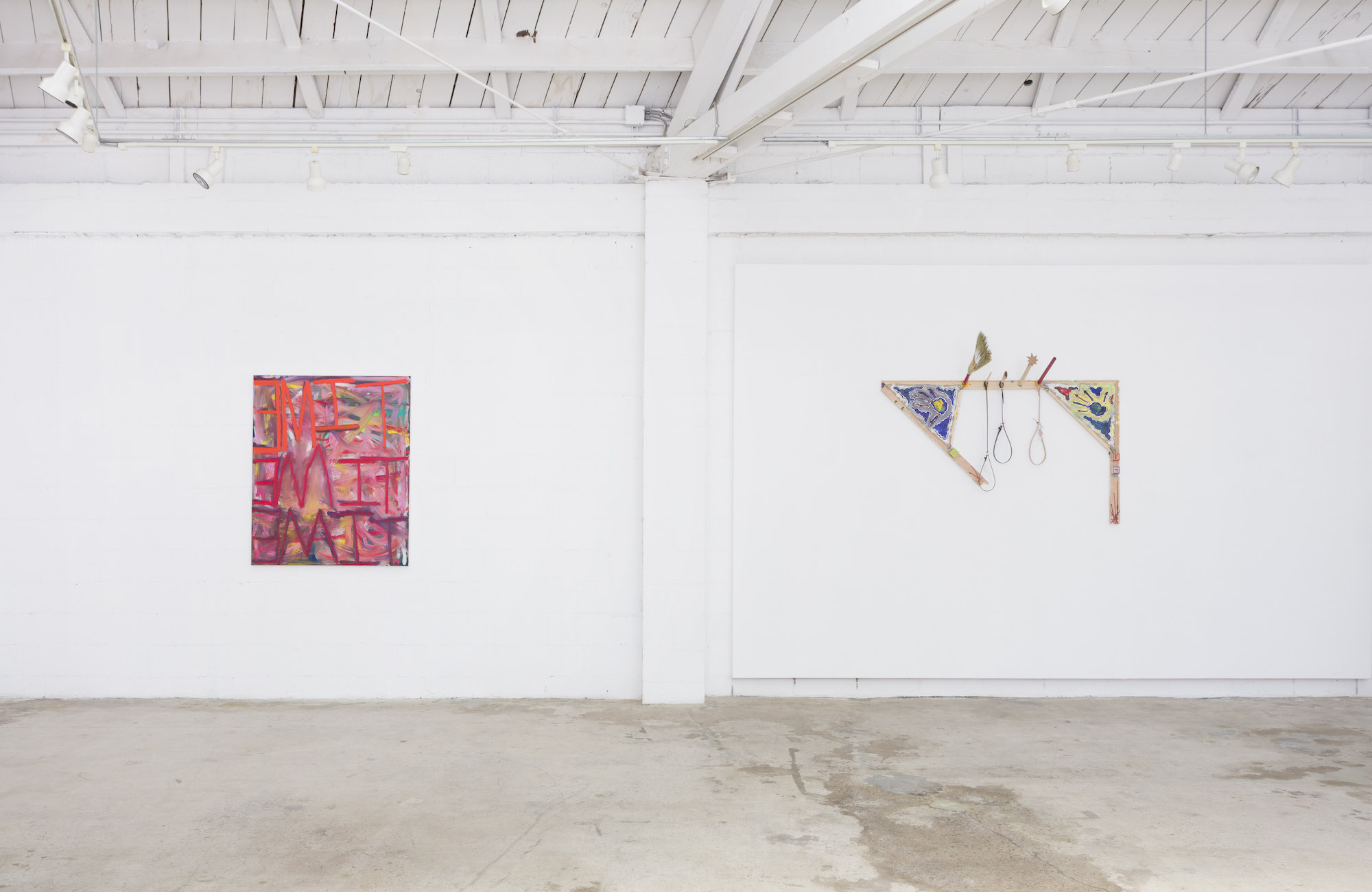 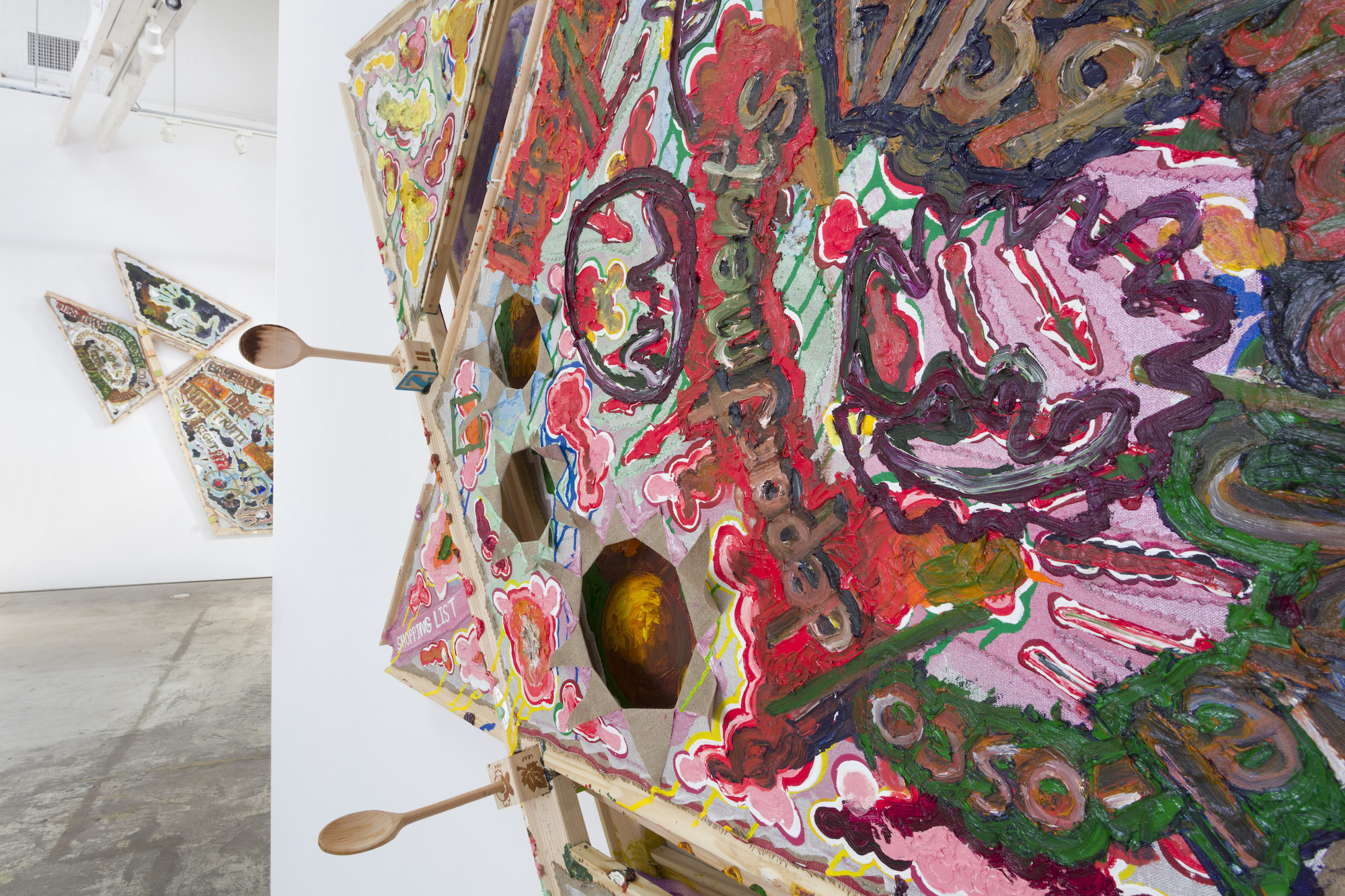 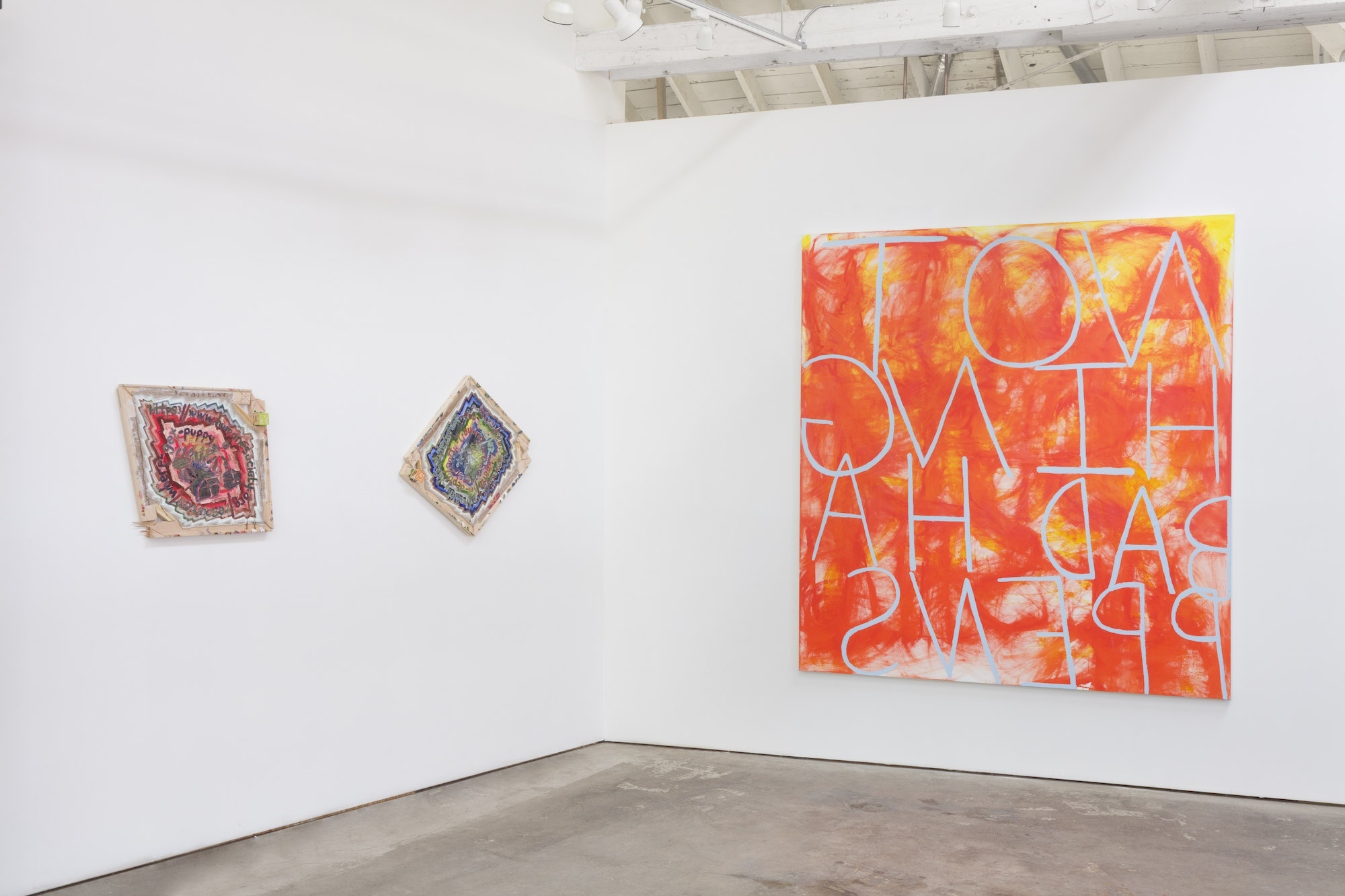 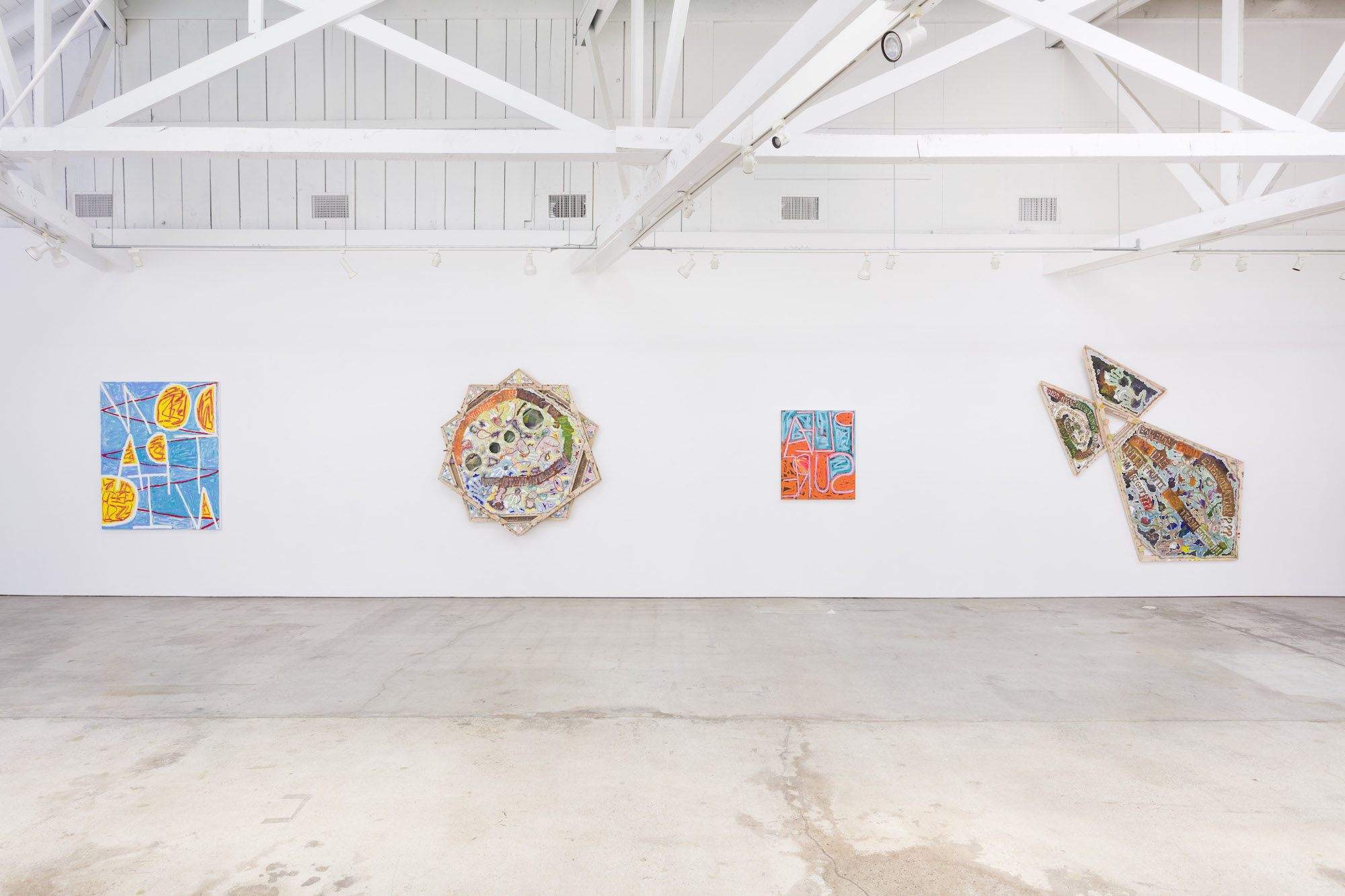 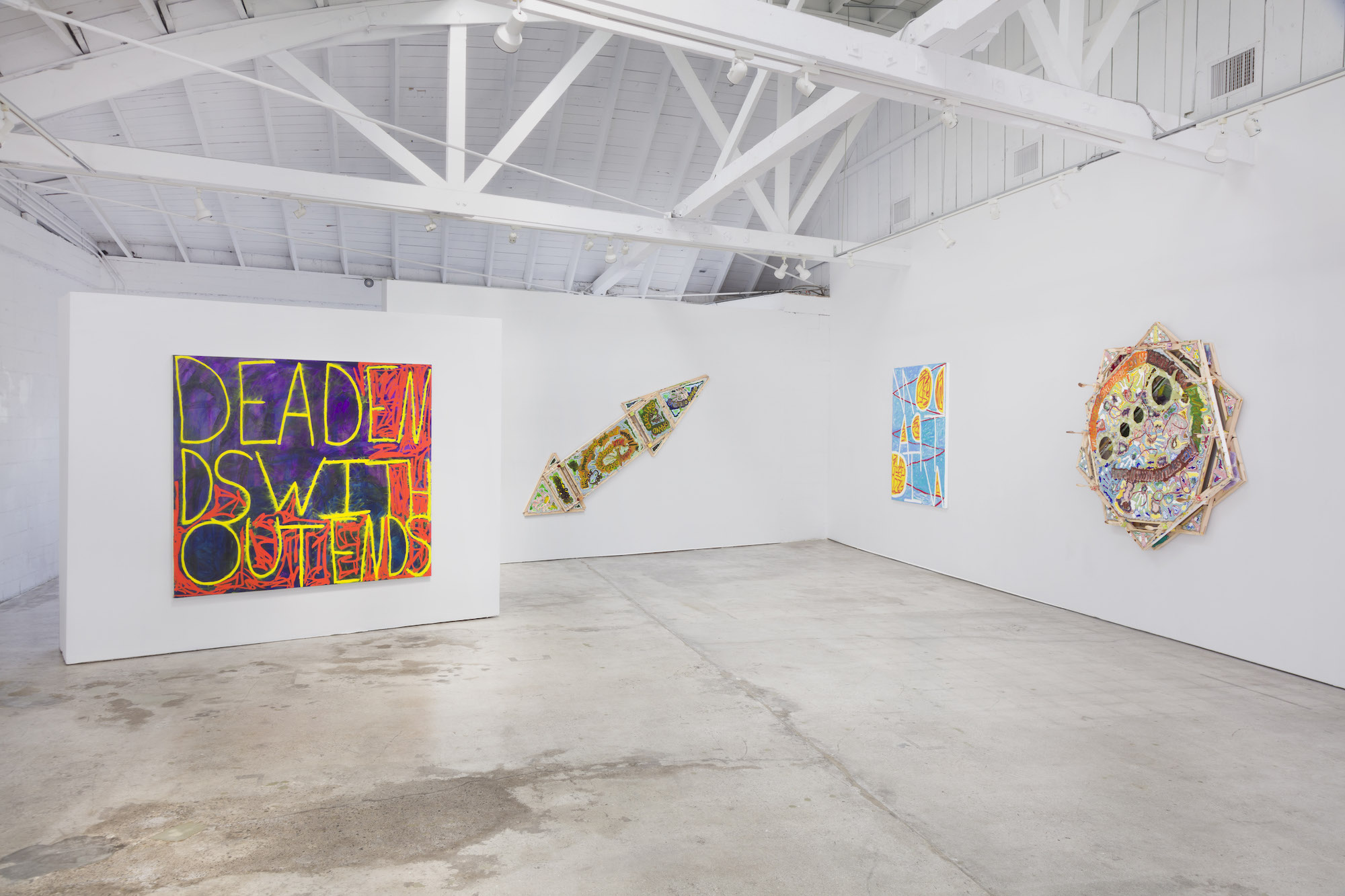 Photographs are courtesy of the Landing and the artists, and the photography is credited to “ Charles White / JWPictures.com
Related Exhibitions