‍"WISH YOU WERE HERE (BUT ALSO WISH I WAS ELSEWHERE)!"- ON THE PAINTINGS OF MIKAEL LO PRESTI

"A healthy volcano is an exercise in the uses of pressure."- Anne Carson, Autobiography of Red, 1998

"It was always the becoming he dreamed of, never the being."- F. Scott Fitzgerald, This Side of Paradise, 1929

In November 2017, the world was offered a new map. The fitness app Strava – a social network that gathers more than 36 million amateur athletes worldwide – provided an overview of the 1 billion runs and bicycle rides that had been uploaded during its first eight years of existence. The bread crumbs of GPS signals left behind by each athlete (making use of a smartphone or a sports watch as they were moving around) allowed you to see the most popular routes taken around the world. Ranging from a pale blue to a bright red, this "global heat map" would lead us from local bike paths, boardwalks and park runs; from small town track and field stadiums to world renowned marathon courses; from commuter routes to hotspots such as Regent's Park in London, Gorky Park in Moscow and Central Park in New York, in which millions upon millions of laps are being logged each year. What was far more surprising were routes standing out brightly in remote and otherwise entirely inactive locations. Zooming in on a void desert landscape in Afghanistan, an irregular thin violet grid would come into view. For a moment, a puzzling question; a moment thereafter, an embarrassing explanation: military personnel were making use of Strava at secret army bases. These soldiers, attempting to stitch together a run around the military compounds, were not only unknowingly revealing their locations, but also mapping out the layout of the base for the enemy and everyone to see. Before the error was recognised and everything went black, one could admire these Etch-a-Sketch compositions of red and blue lines glowing against the vast beige nothingness – resembling the pulsing rhythm of Piet Mondrian's painting "Broadway Boogie Woogie" (1942-43). But where Mondrian was capturing a Manhattan that was alive and bustling with energy, these patterns painted a portrait of being stuck – a truly dull and still life.

No postcard ever sent from such a place would read "Wish you were here". The more accurate or honest choice of words would be "Wish I was elsewhere" – the very same words that were constantly repeated throughout 2020 as the world was brought to a standstill with a global pandemic. Nobody was going anywhere. Nobody was sending post cards from anywhere. Instead we were all staying put – like the parked airplanes that soon were filling up runways rather than flying across the globe – trapped in a still life. 2020 was the year that reduced our expectations of a social life into a mosaic of faces, each confined to their own square on a Zoom conference call. We were all together and not together at the same time. And while that simple gesture that connects two people and two places was temporarily halted – the postcard saying: "I was traveling here and I was thinking of you being elsewhere" – it kept on reappearing in Mikael LoPresti's paintings. Though, it continuously remains unsure as to what is here and what is elsewhere. Being half Swedish and half Italian, Lo Presti has throughout his artistic practice been reflecting on belonging to two places at the same time, and expanding on a series of paintings that are both exploring a sense of place and a sense of self.

"Greetings from ...": the words spelled across the painting are in a style of handwriting that is not really anybody's handwriting. Rather it is in the style we can collectively agree on having the look of handwriting. The precision and eerie elegance, makes it less the traits of a particular personality and more traces of a careful construction. The letters –coming across as an amalgam of what is real, what is unreal and what is hyperreal – can be seen weaving in between images of a flying angle, of an erupting volcano, and of postcards scattered across the picture plane. Each one of these are painted as bold shapes that are either appearing in profile or facing forward. They leave one with the sensation of viewing the painting through a stereoscope – those red and blue glasses that would convert an image from 2D to 3D –where the precisely spaced out layers are doing their very best to provide a sense of spatial depth, but instead result in an oscillating or collapsing of space. Similar to how Belgian fashion designer Martin Margiela's "Flat Collection" (1998) made the wardrobe of a paper doll its starting point – forcing two-dimensional garments onto the three-dimensional bodies of his catwalk models – layers of different realities are here pressed upon each other. In Lo Presti's paintings these are not only the layers building up a pictorial space, but also the layers that are making up a place. This is Sicily, the birthplace of his father and the place where he spent numerous summers growing up. This is a place where facts, myths and expectations are interwoven to make up the understanding of it. It is where a Caravaggio on the run meets aCaravaggio painting stolen by the mafia, meets the Godfather, meets caponata and granita, meets the subdued hues of the mosaics of Villa Romana del Casale and the pink jersey of the relegated and disgraced Palermo FC, meets the vista of Mount Etna, the world's most active volcano, erupting and shaping the very symbol of life in Sicily – a forced acceptance of the unstable, the unruly and the unreliable.

- Excerpt from Eivind Furnesvik: "Wish You Were Here (But Also Wish I Was Elsewhere)! - On the paintings of Mikael LoPresti"

Mikael Lo Presti (b. 1989, Södra Sandby, Sweden) lives and works in Stockholm. He is a graduate of the Art Academy in Oslo and a previous participant of the Maumaus Independent Study Programme in Lisbon, Portugal. Recent exhibitions include a solo exhibition, “A tree that will not rot”, at Frankfurt am Main in Berlin, as well a solo presentation at “Market – The Nordic Art Fair” in Stockholm under the auspices of STANDARD (OSLO). Other recent exhibitions include Condo, Bureau, New York, “May the Bridges I Burn Light the Way”, STANDARD (OSLO), Oslo,“Tegnebiennalen” at Kunstnernes Hus, Oslo, and “Maleriets Letthet” at Kunstnerforbundet, Oslo. Coinciding with this exhibition, STANDARD (BOOKS) will publish Mikael Lo Presti's first monograph with texts by Eivind Furnesvik, Johannes Witkowsky and Emma Aars. 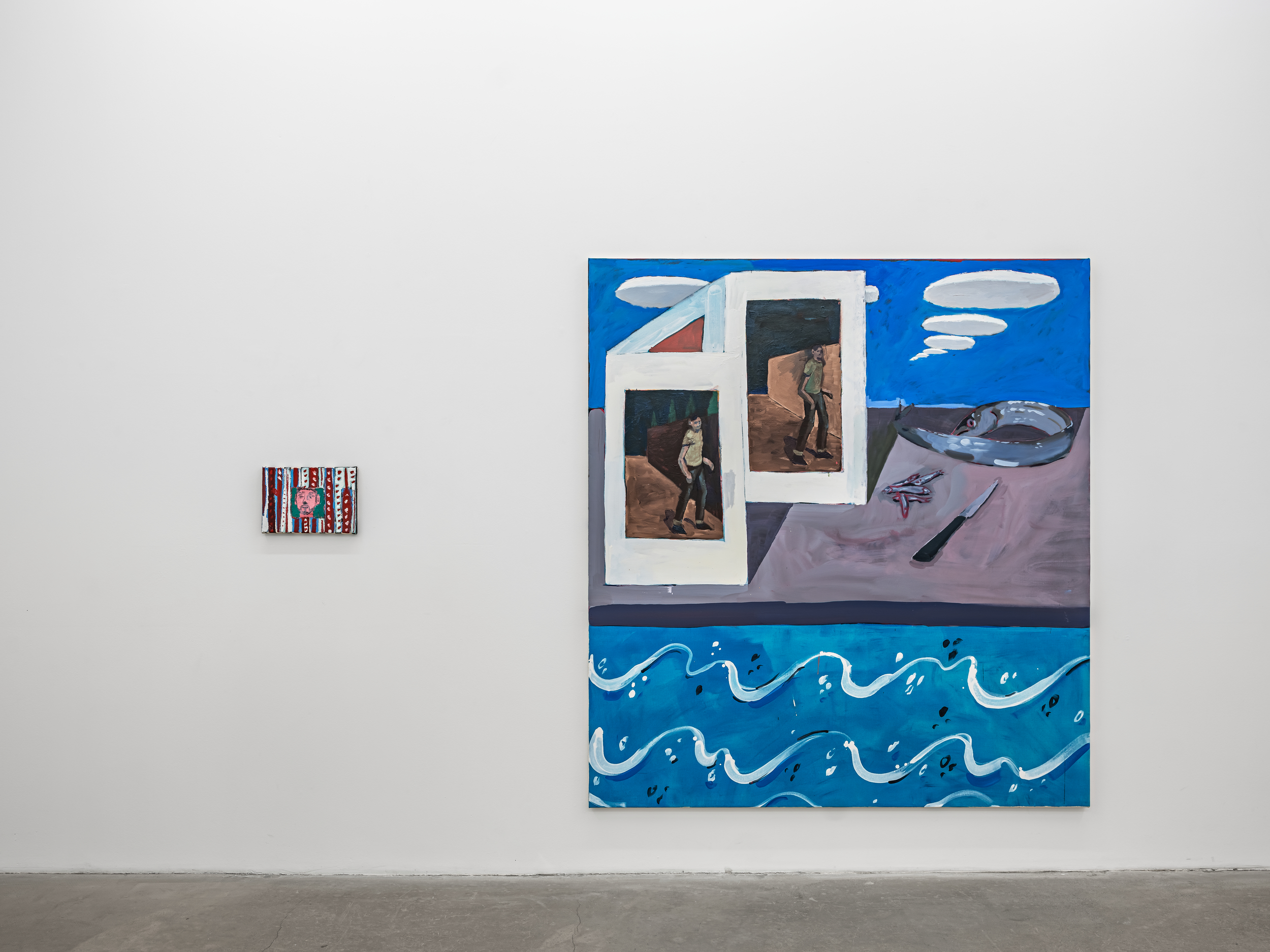 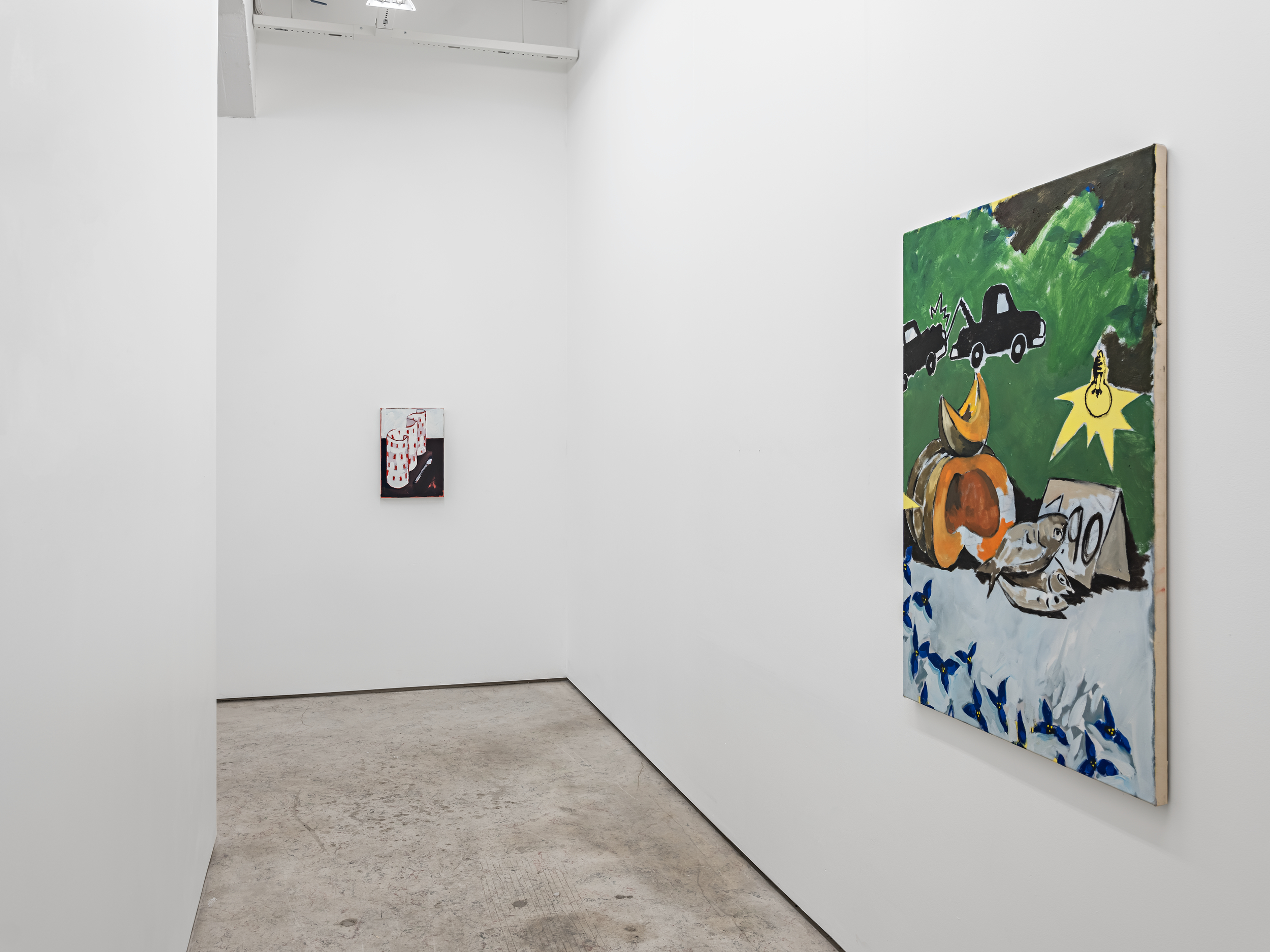 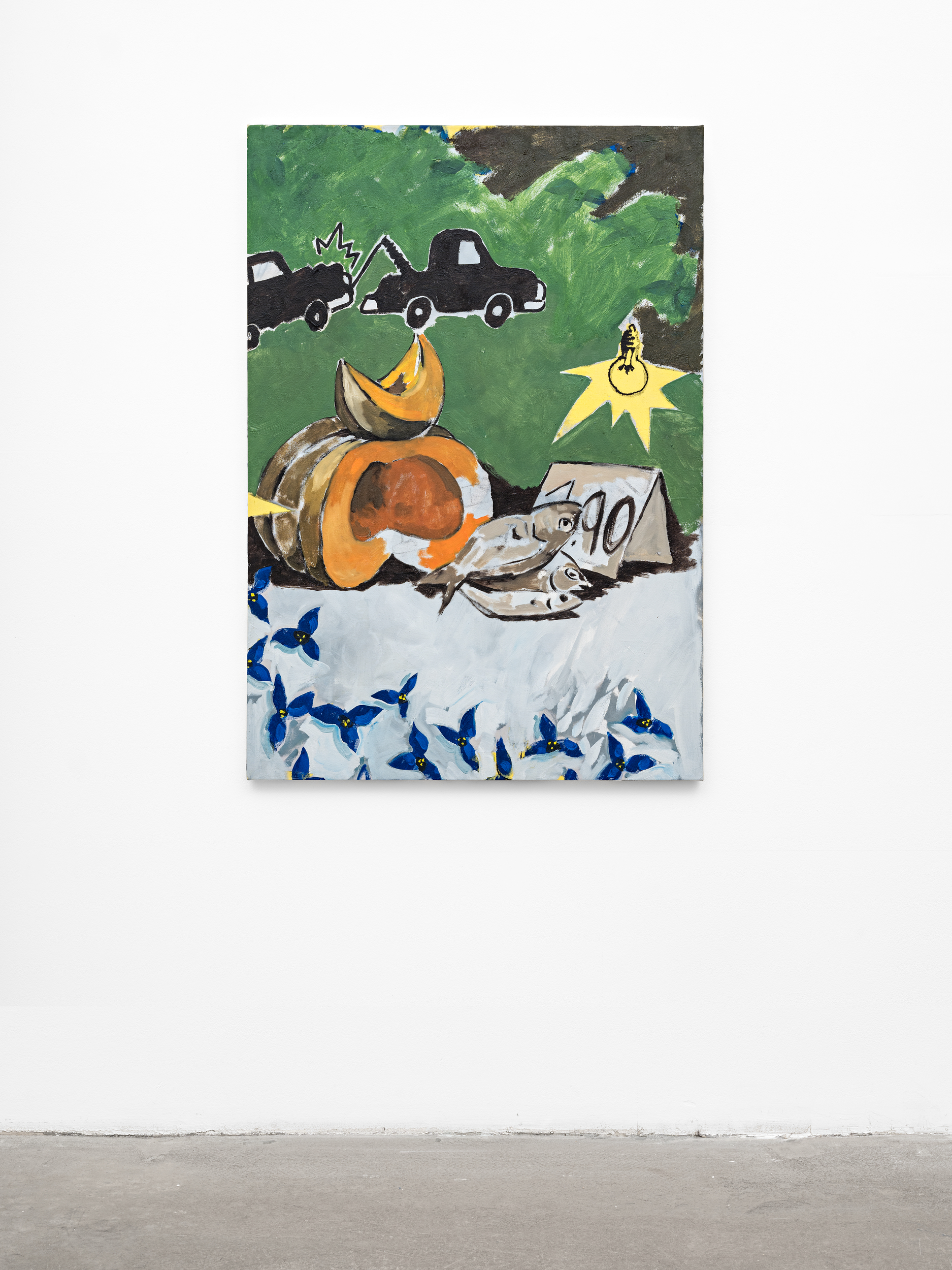 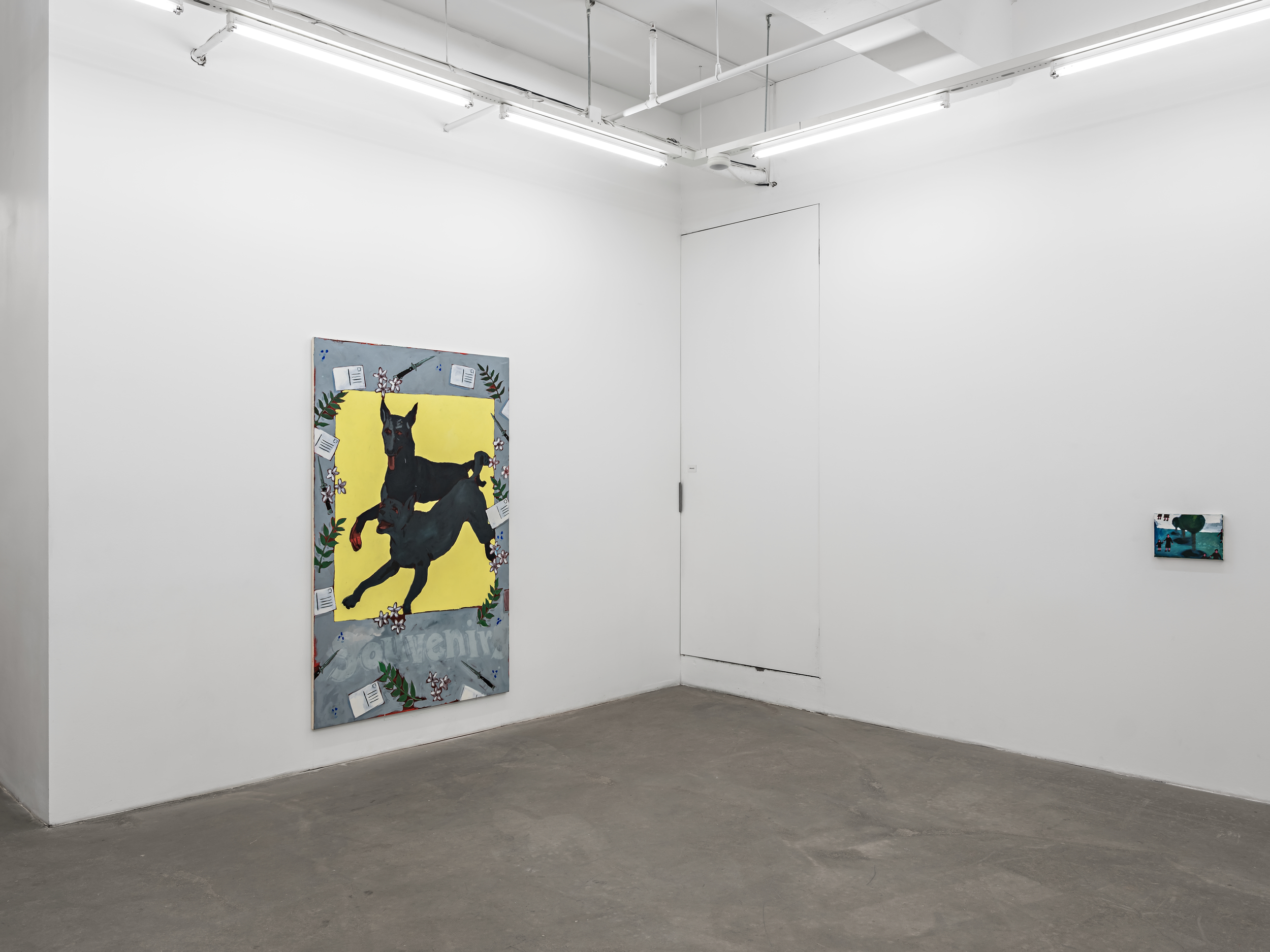 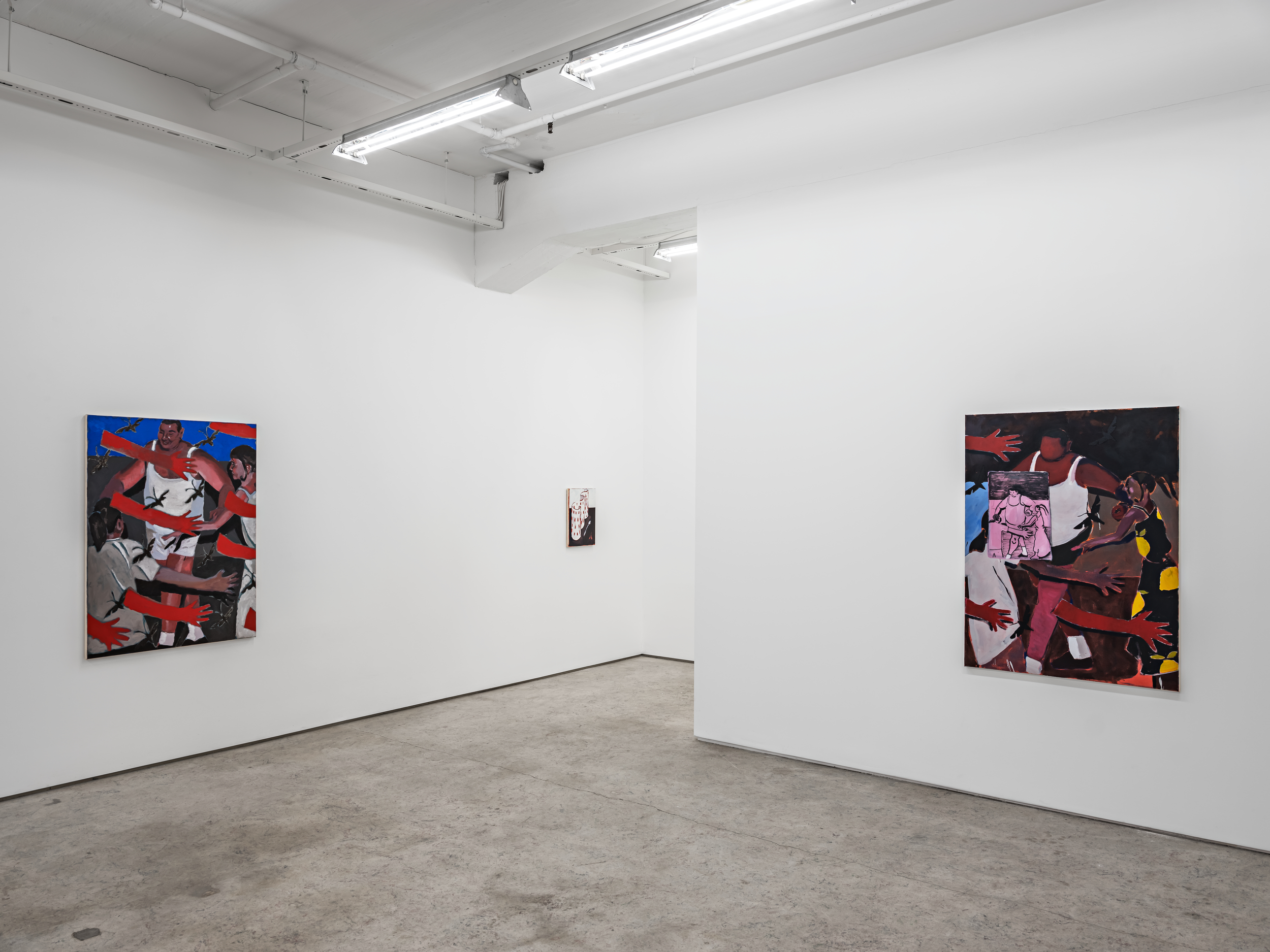 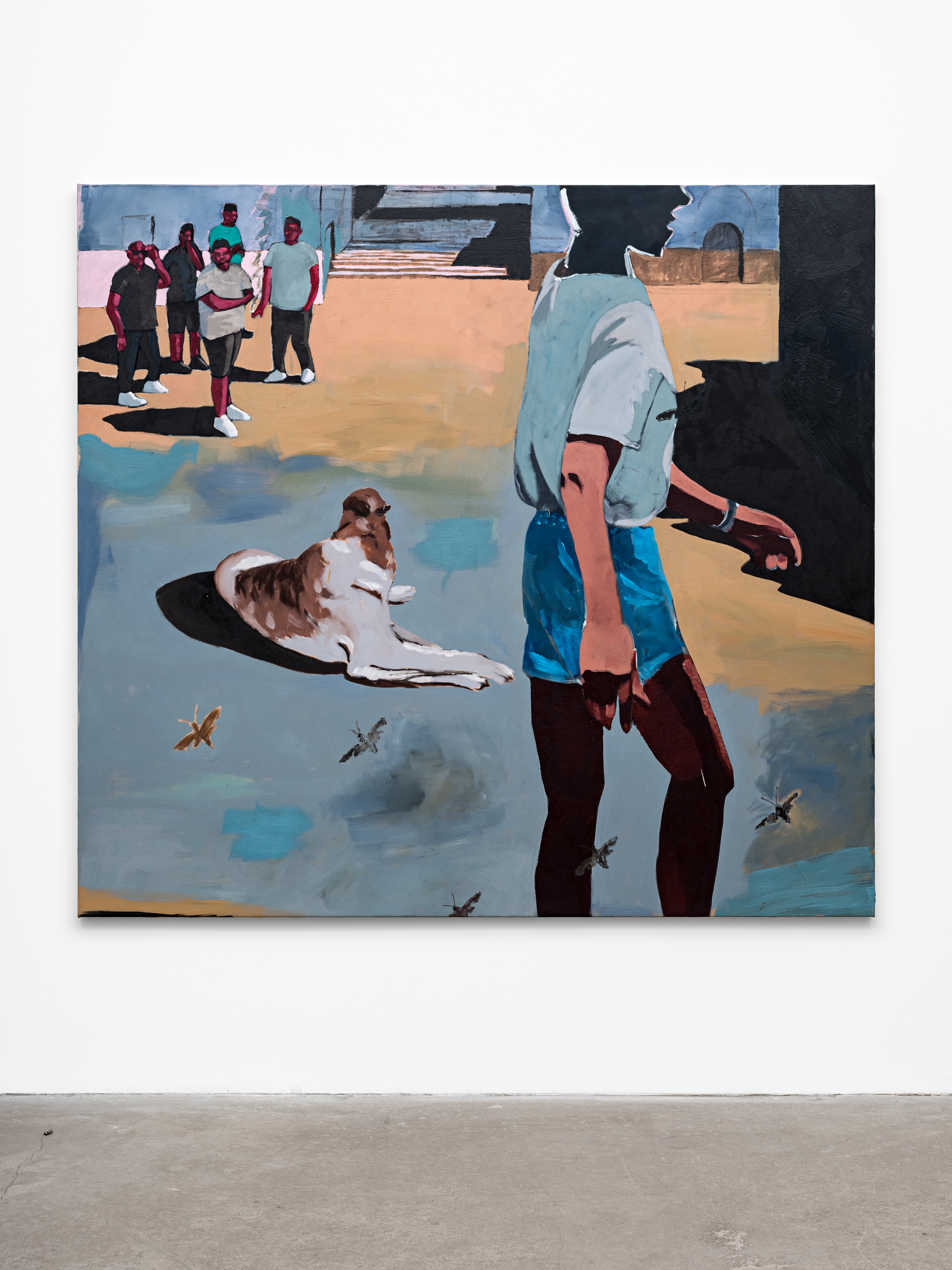 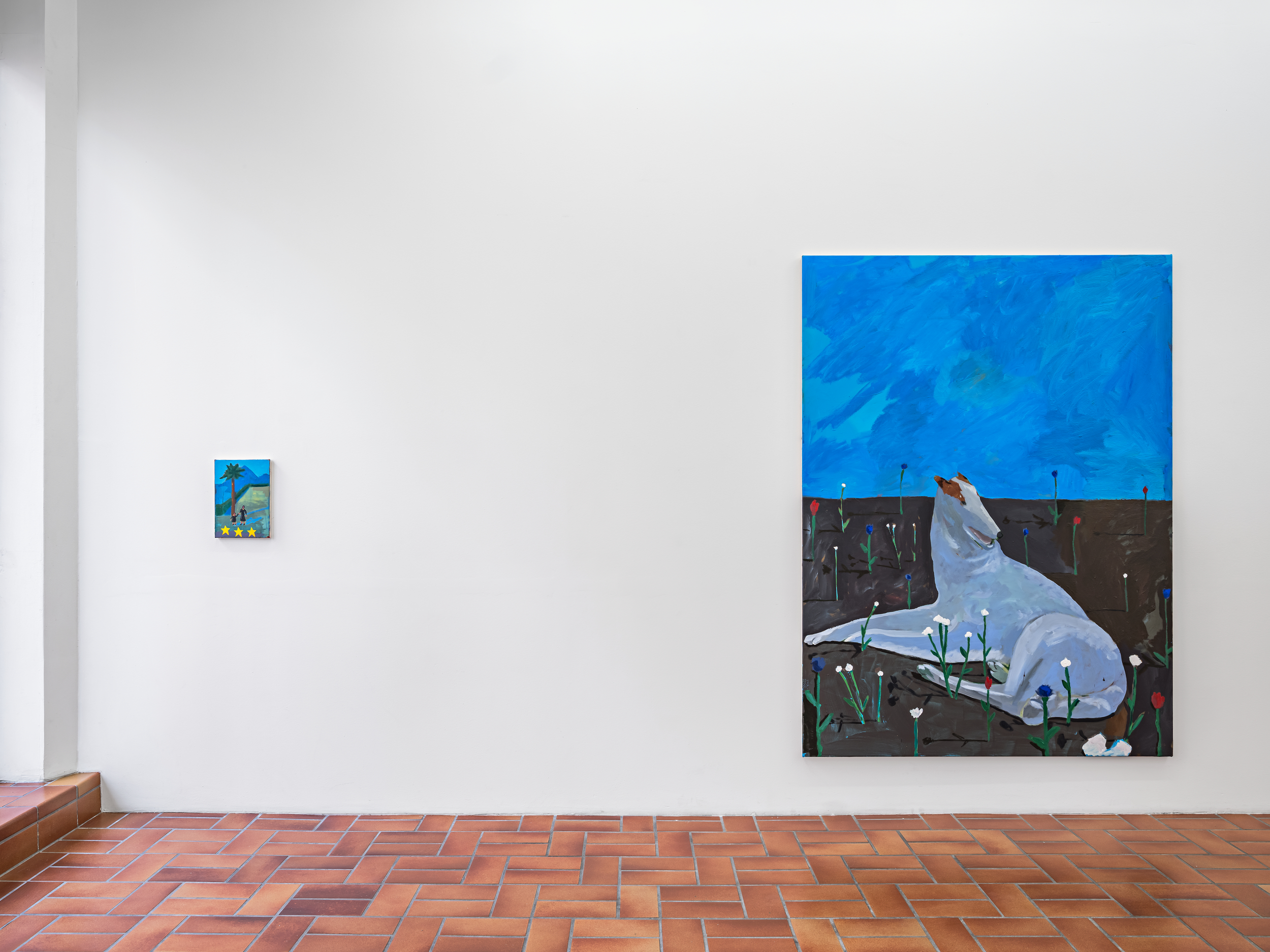 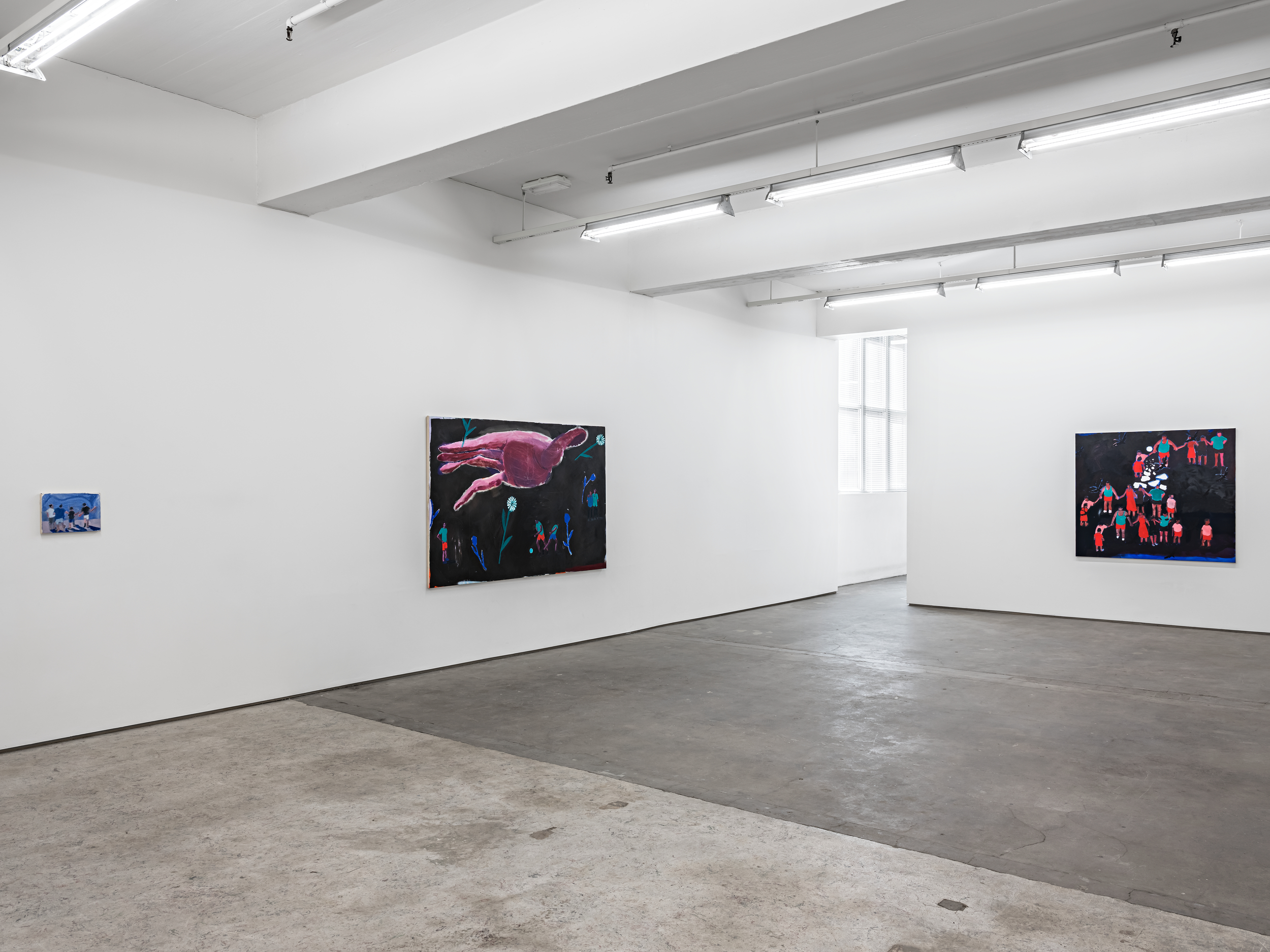