Chramosta's minimal yet ornate creations are assembled from scrap metal and found objects, or modelled from plaster, wax and clay. His use of material historically considered 'poor' and inexpensive, counters top-down art practices such as high-end art production that involves top artisans/companies producing works for artists. Chramosta's practice favours bringing back DIY, handcrafted methods to alter the identity of the artist into "a humble worker".

His series of 'Charms' (2021-Present) are circular, wall-based glazed ceramic works, assembled from smaller linear and meandering shapes. In both materiality and shape, they underline an ornamental and formal approach to art production. Yet in title and appearance, they have a strong metaphysical and spiritual undertone. Being exhibited together for the first time, the artist sees these works operating in conservative locations such as an entrance to a government building, a lobby of a hotel, an underpass, or a metro station, as their seriality amplifies their decorative qualities.

Shown alongside these are the artist's welded iron works, which have a similar graphical composition involving triangles, circles, lines and grids. The works’ material has been sourced from streets, ports, scrap yards, abandoned construction sites and demolished houses in Rome, Budapest, Basel and Vienna. In their creation, Chramosta advocates for the importance of compositions to refuse the banality of being called formalist; inside the works’ rigid appearance, stories are told about the places where the material came from, leaving a visual imprint. Favouring narrative over form constructs the artworks’ stories as singular scenes which can be traced through its materiality.

'ICH DIEN' is the motto on the coat of arms of the Prince of Wales and translates from German meaning "I serve", creating two opposing notions; chivalry and dedication with a collectivist political agenda. Chramosta often works with references to popular visual aesthetics and the harsh, poignant public art from Southern and Eastern Europe, blended with references to history and myth. Under socialism, the artist was supposed to be a worker in service to the people, enhancing the visuality of public space and contributing to the education and conditioning of them through governmentally approved aesthetics. The title returns us to the artist's question of who the artist serves within society, and more specifically, who do they serve in capitalism and what kind of ornaments are being used to decorate its narratives? 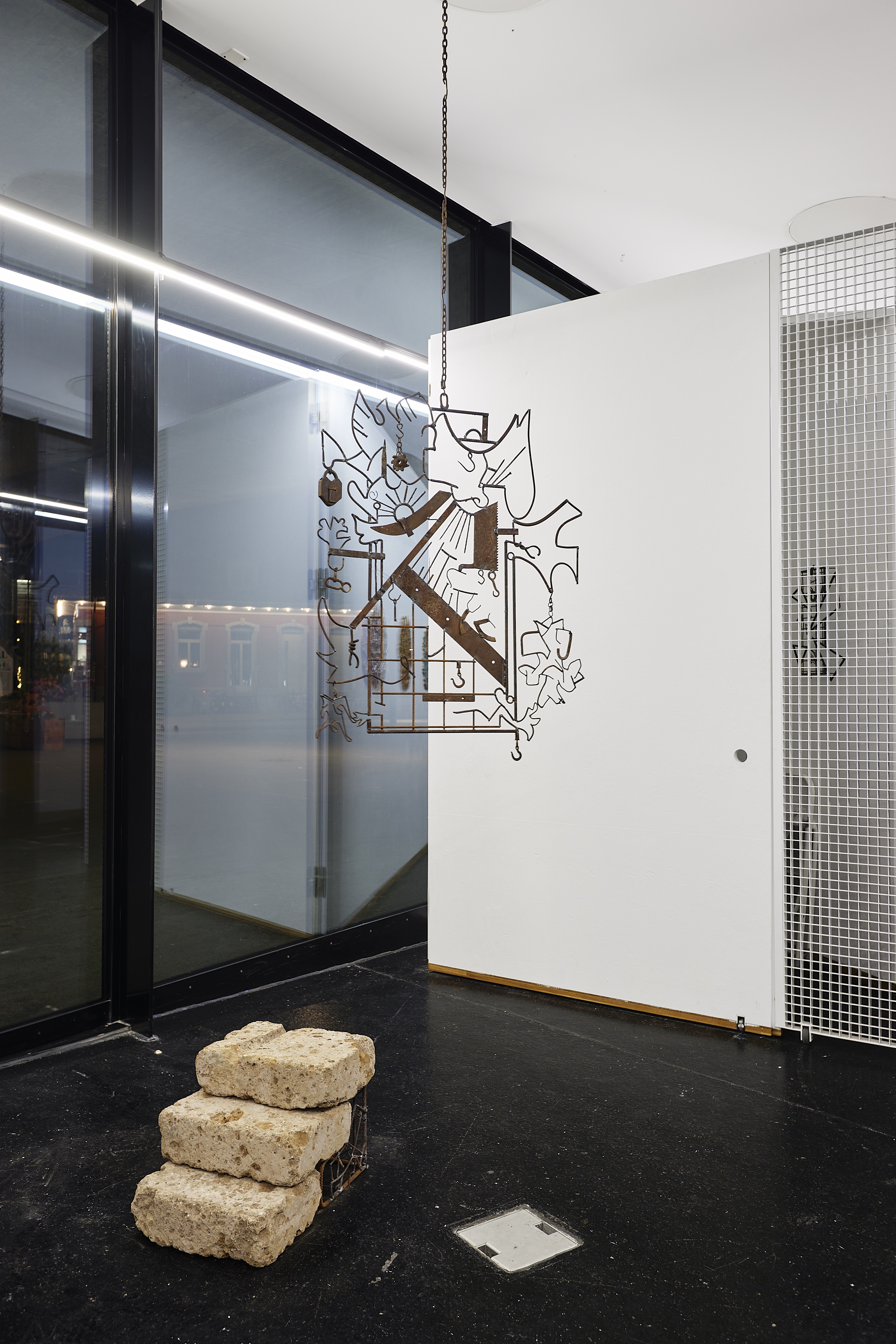 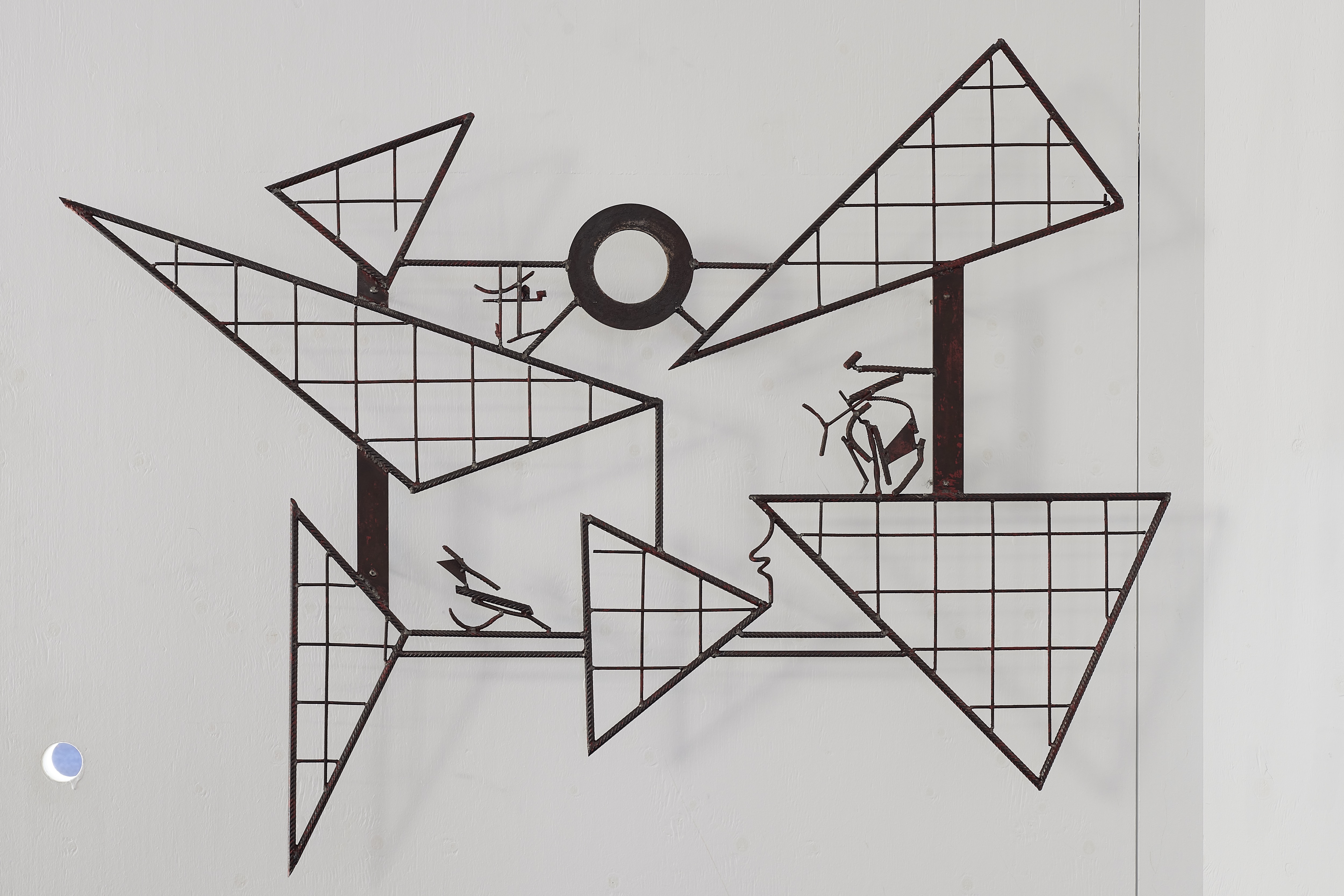 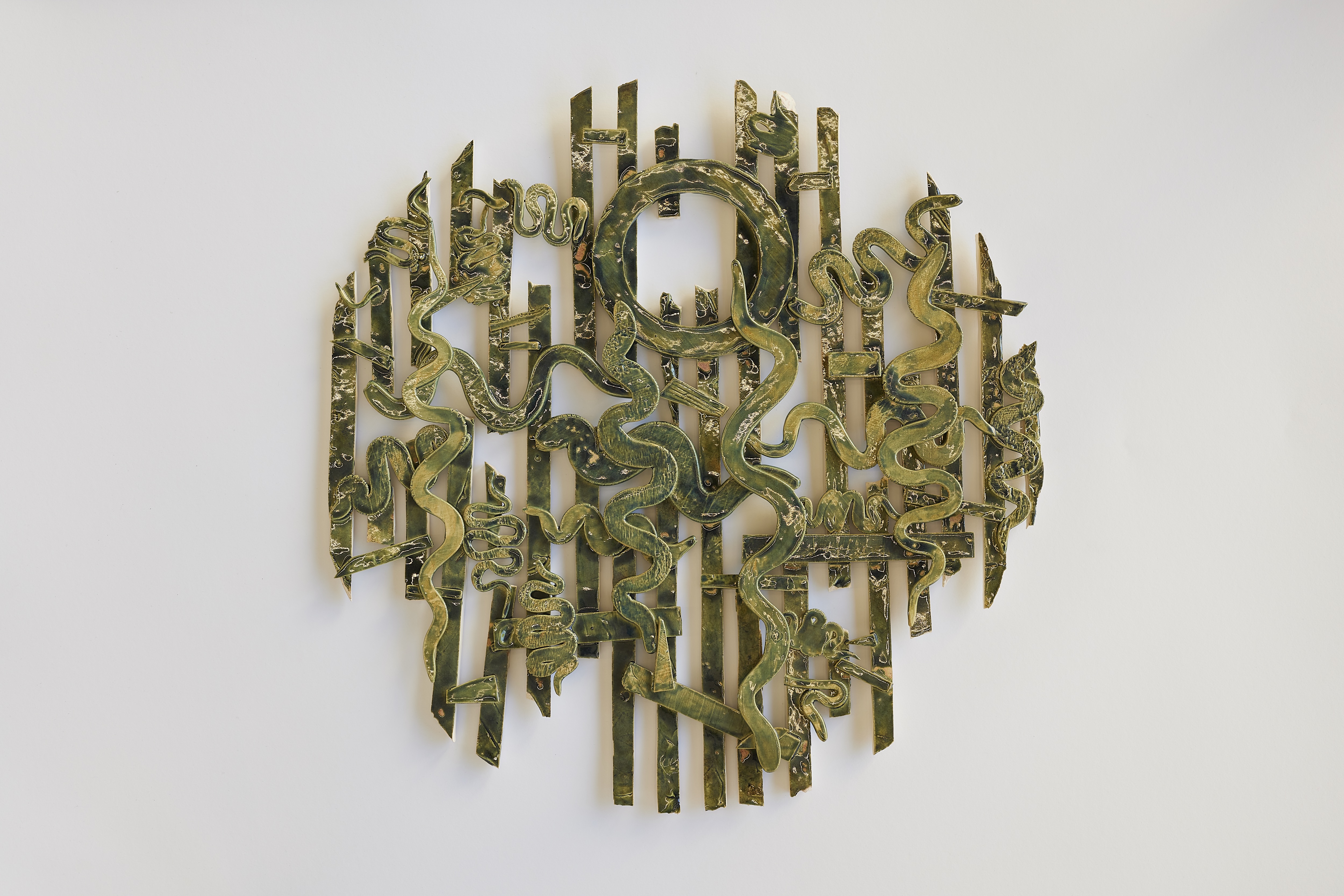 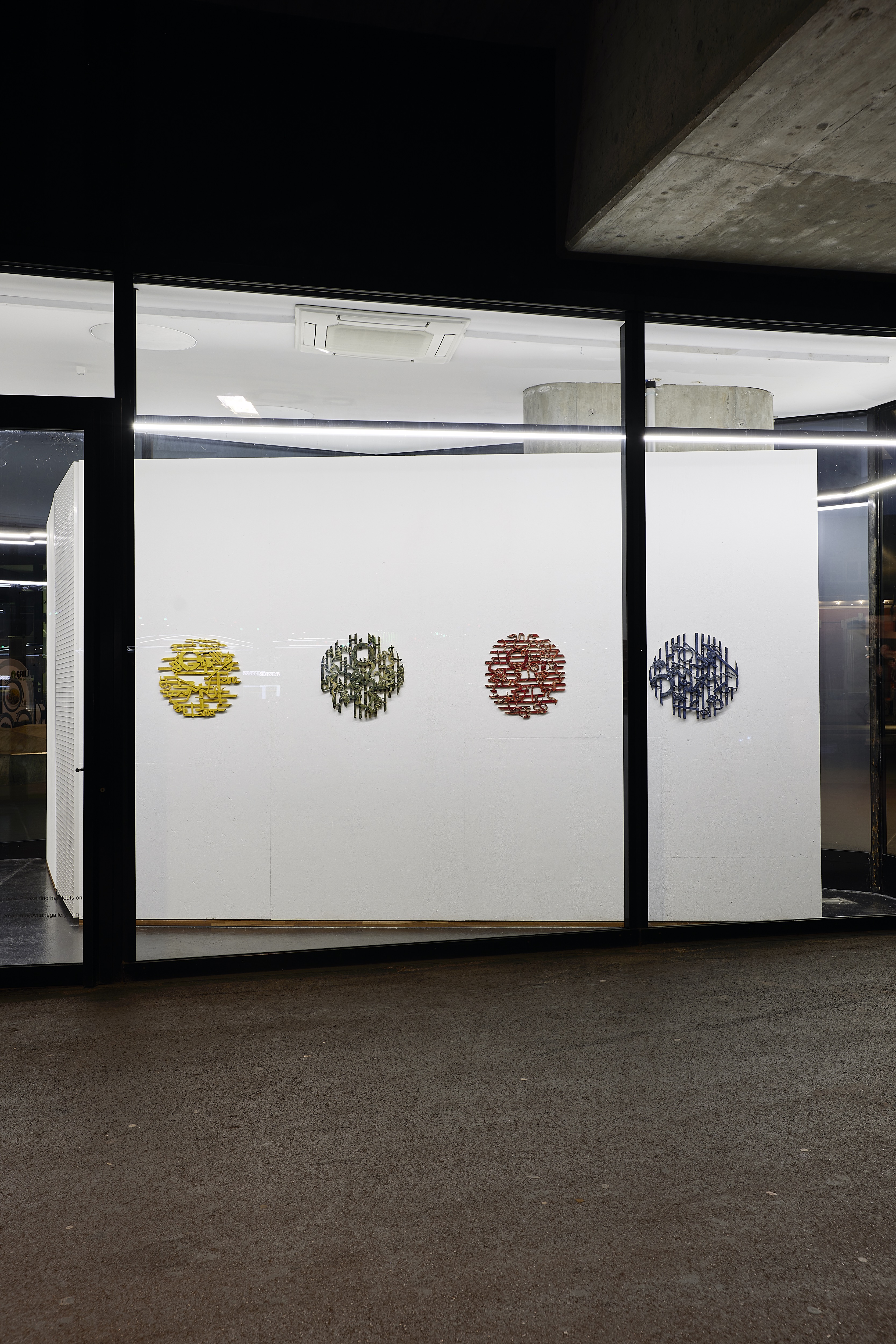 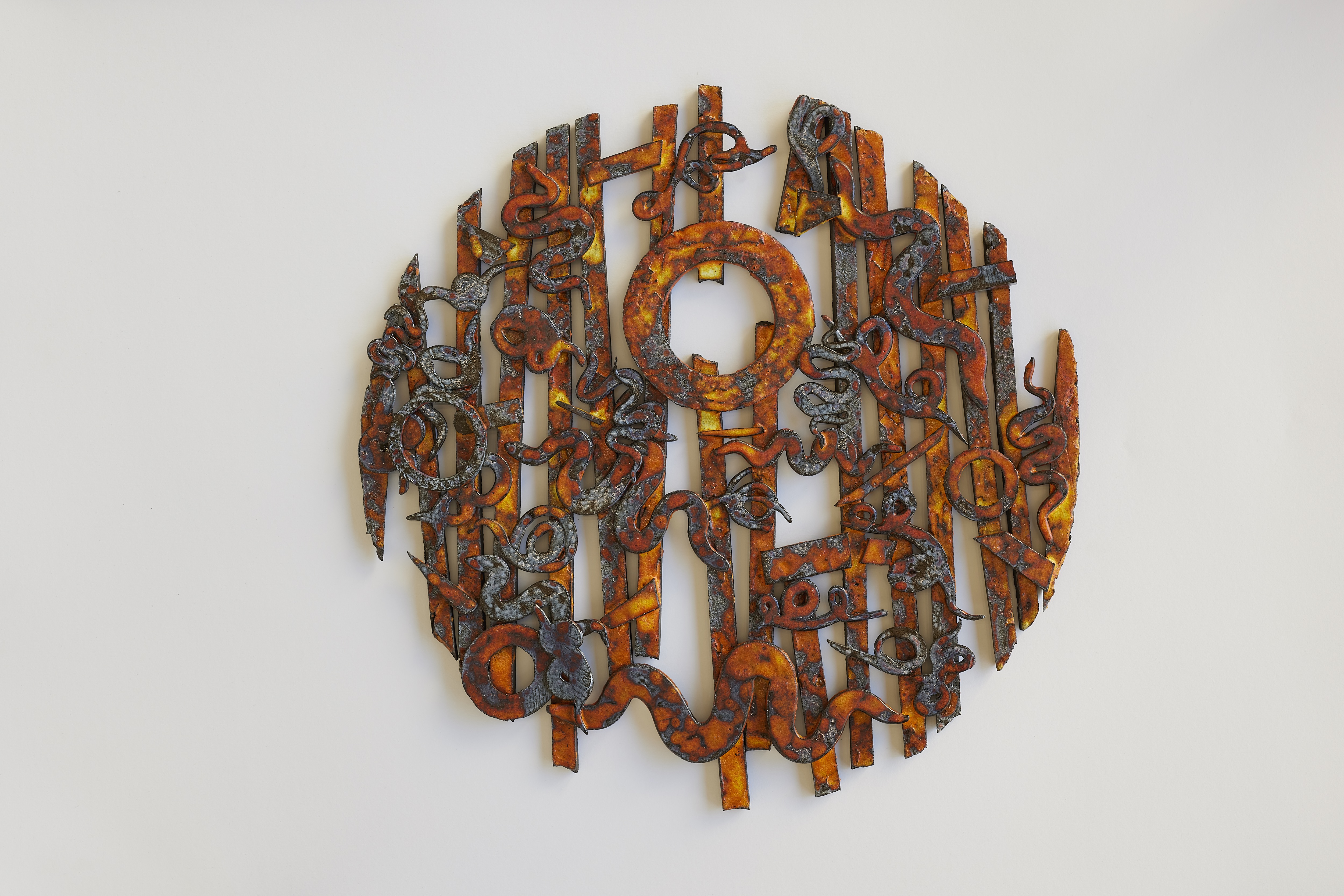 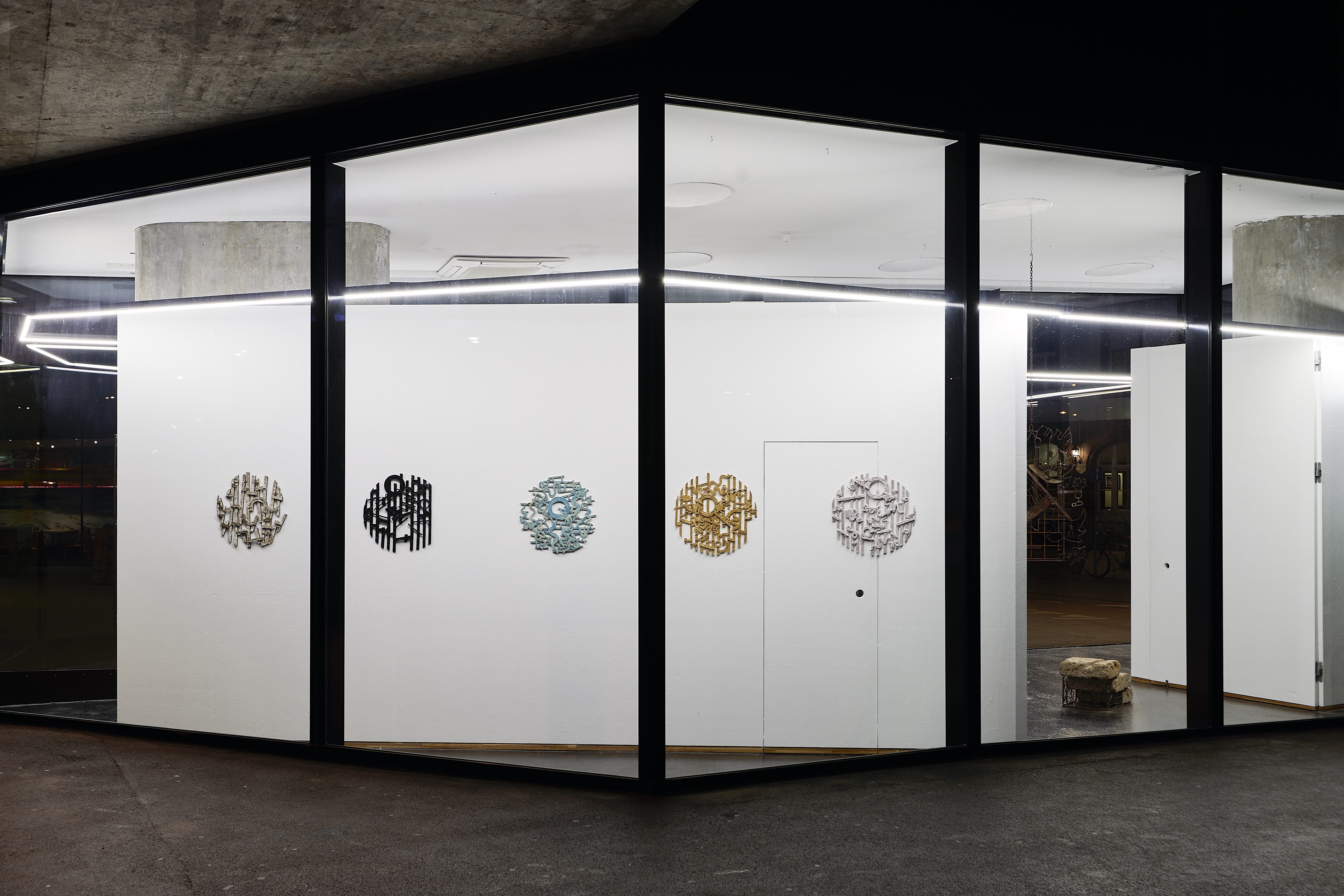 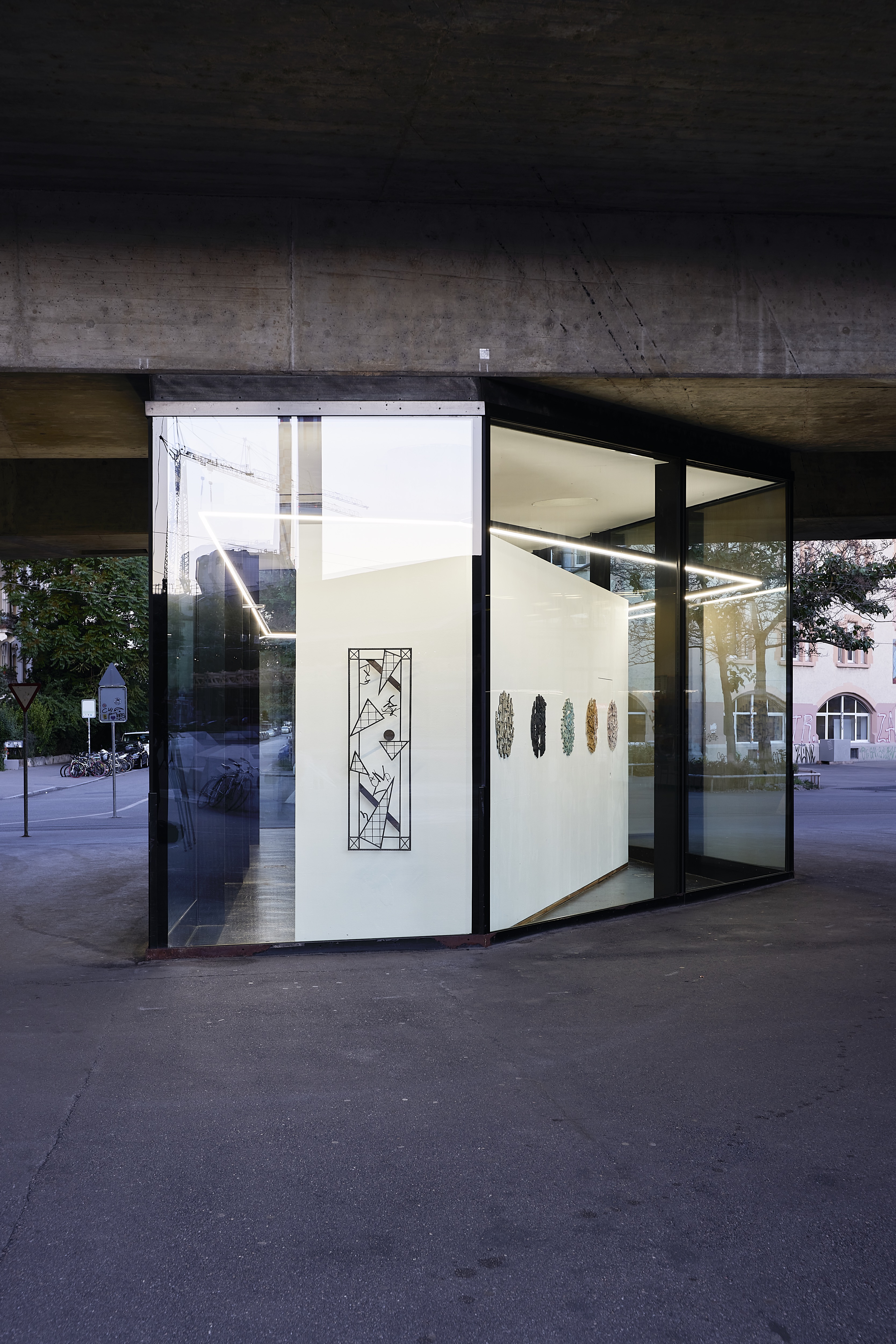