Martin Boyce at The Modern Institute

No Clouds or Streams No Information or Memory

Martin Boyce’s sixth solo exhibition with the gallery, ‘No Clouds or Streams No Information or Memory’ sees the development of an elegiac exploration of unease through quotidian objects and interiors, whilst paying homage to the history of design, art, and architecture.

Throughout the space, intersecting walls create a disorientating environment in which the viewer to encounters a repetition of telephones, chairs and doors. Each with their own presence and character, three chairs are individually positioned against doors, their adjustable backrests wedged against its handle, forcing them shut. Since its first iteration in 1999 as Chair (Noir), Boyce’s reference of this cinematic device has evolved to include industrial references as well as that of the Arts and Crafts movement. Each chair’s action suggests a personality of guardianship, becoming an aid to protect the room from whatever malevolent force that lies beyond. Moreover, this strange domestic still life provides an uncanny reflection towards the context of contested territories, borders and isolationist politics.

Another threshold is indicated by the recognisable form of the wall mounted telephone. Set against large painted panels, their shapes and patterns allude to Boyce’s ongoing visual language. The retrofuturist appearance of these landline telephones alluding to their own battle against obsolescence. In these works, Boyce examines the phone’s territorial relationship as a portal between two fixed points in space and time, which leads one to ask whether objects are alive and carry residue; or whether instead they are simply hollow conduits imposed upon through interaction. Boyce also observes the conditions and circumstances in which information and memory operates (and consequently how information is harvested and retained) in conjunction with today’s digital technology.

In the sense of silence and stillness, the tension of expectation and potential is rich: the phone threatens to ring as the door pushes against the chair.

Martin Boyce (b. 1967; Hamilton, UK) lives and works in Glasgow. Boyce has exhibited internationally and was awarded the 2011 Turner Prize for his installation Do Words Have Voices, and represented Scotland at the 53rd International Art Exhibition, Venice Biennale in 2009. Recent selected exhibitions include: ‘On the Other Hand’, Canary Wharf Estate, London (2021); ‘MONO’, Glasgow Print Studio, Glasgow (2021); ‘Recurring Dreams’, Haubrok Foundation, Berlin (2021); ‘No Longer Fathom’, Eva Presenhuber, Zurich (2020); ‘Just Beyond the Undertow’, CONVENT Space for Contemporary Art, Ghent (2019); ‘An Inn For Phantoms Of The Outside And In’, Mount Stuart, Isle of Bute (2019); ‘Hanging Gardens’, A4 Art Museum, Chengdu (2018); ‘Light Years’, The Modern Institute, Glasgow (2017); ‘Spotlight - 'Do Words Have Voices’, Tate Britain, London (2016); Museum für Gegenwartskunst Basel, Basel (2015); and ‘When Now is Night’, Rhode Island School of Design, Providence (2015). 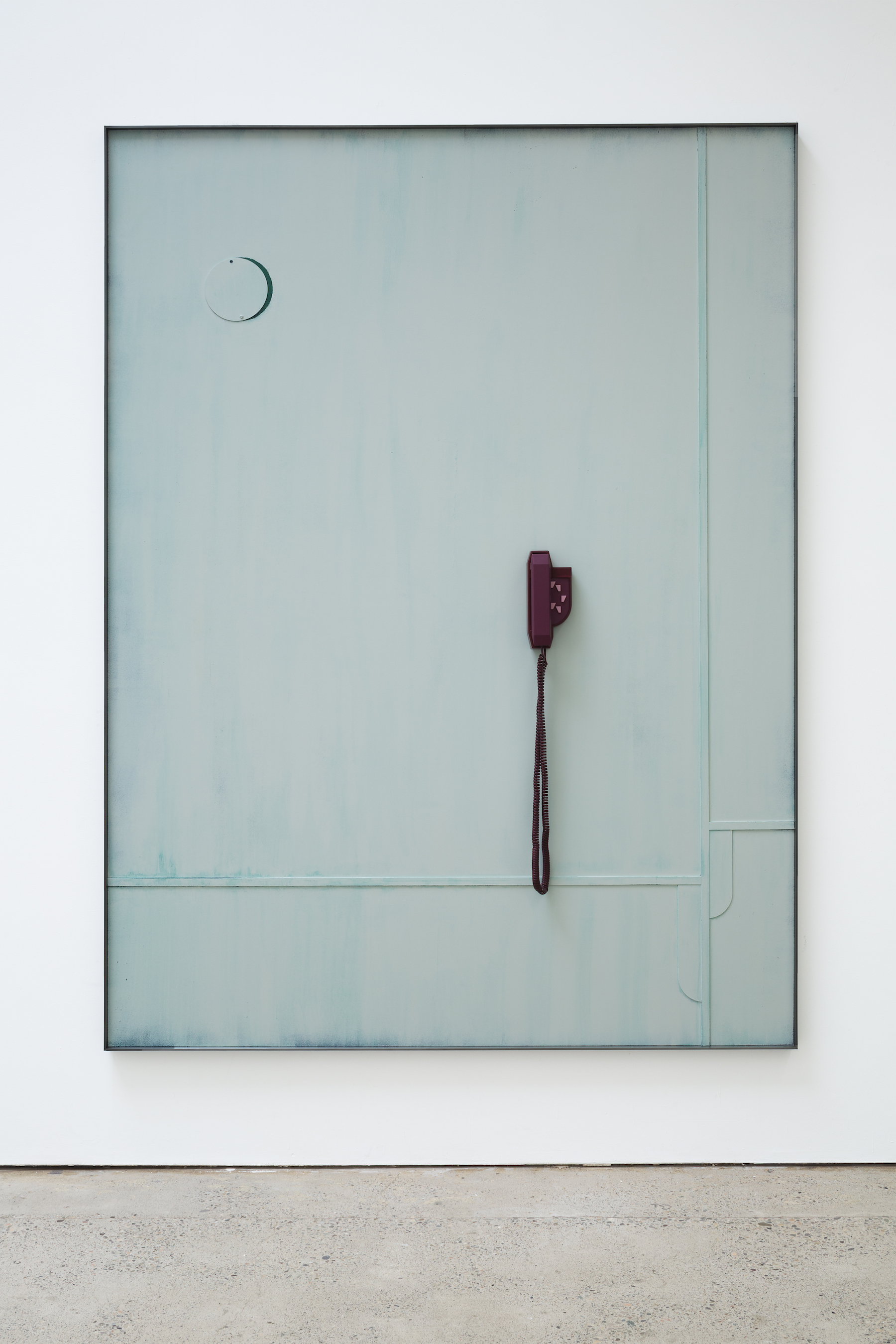 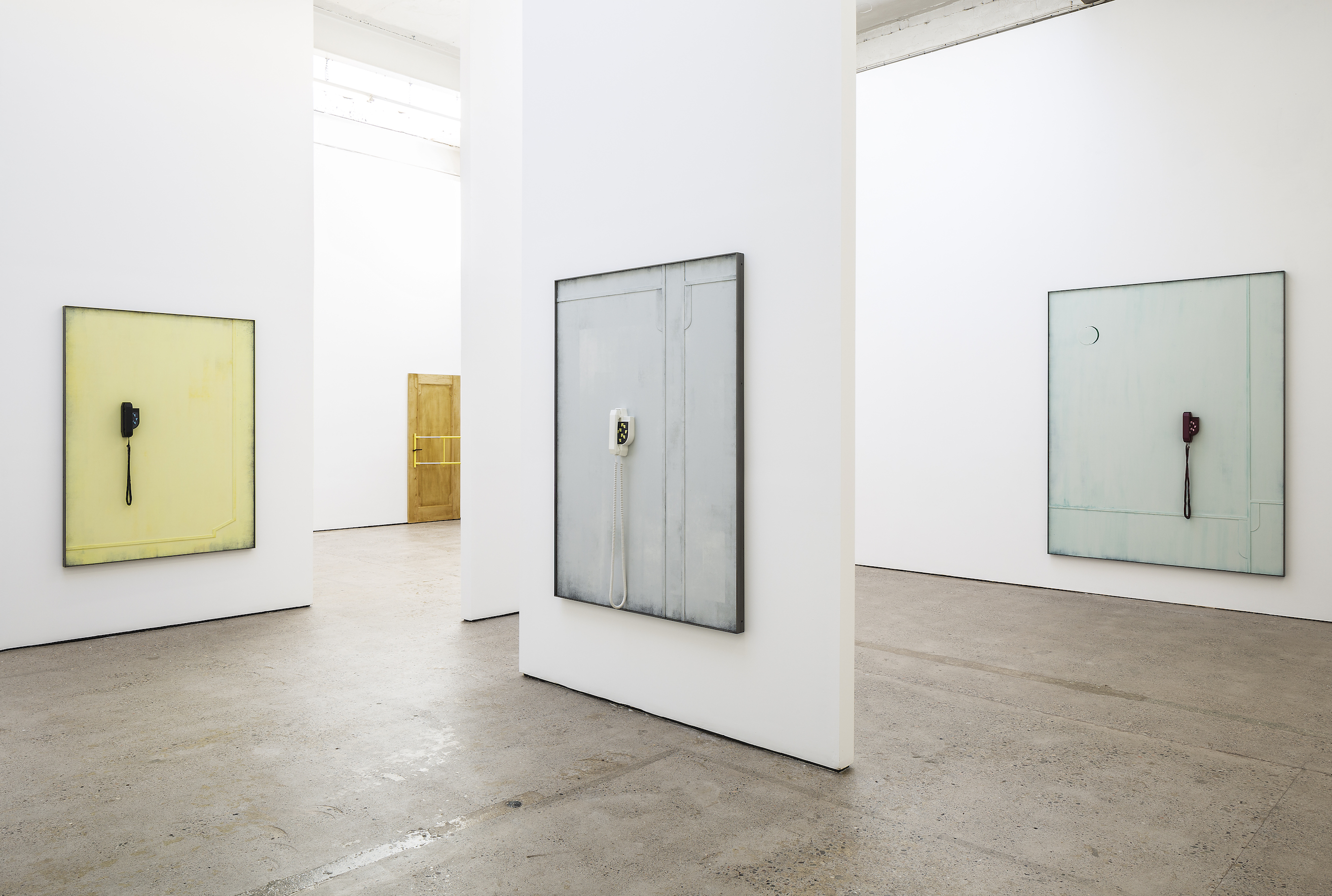 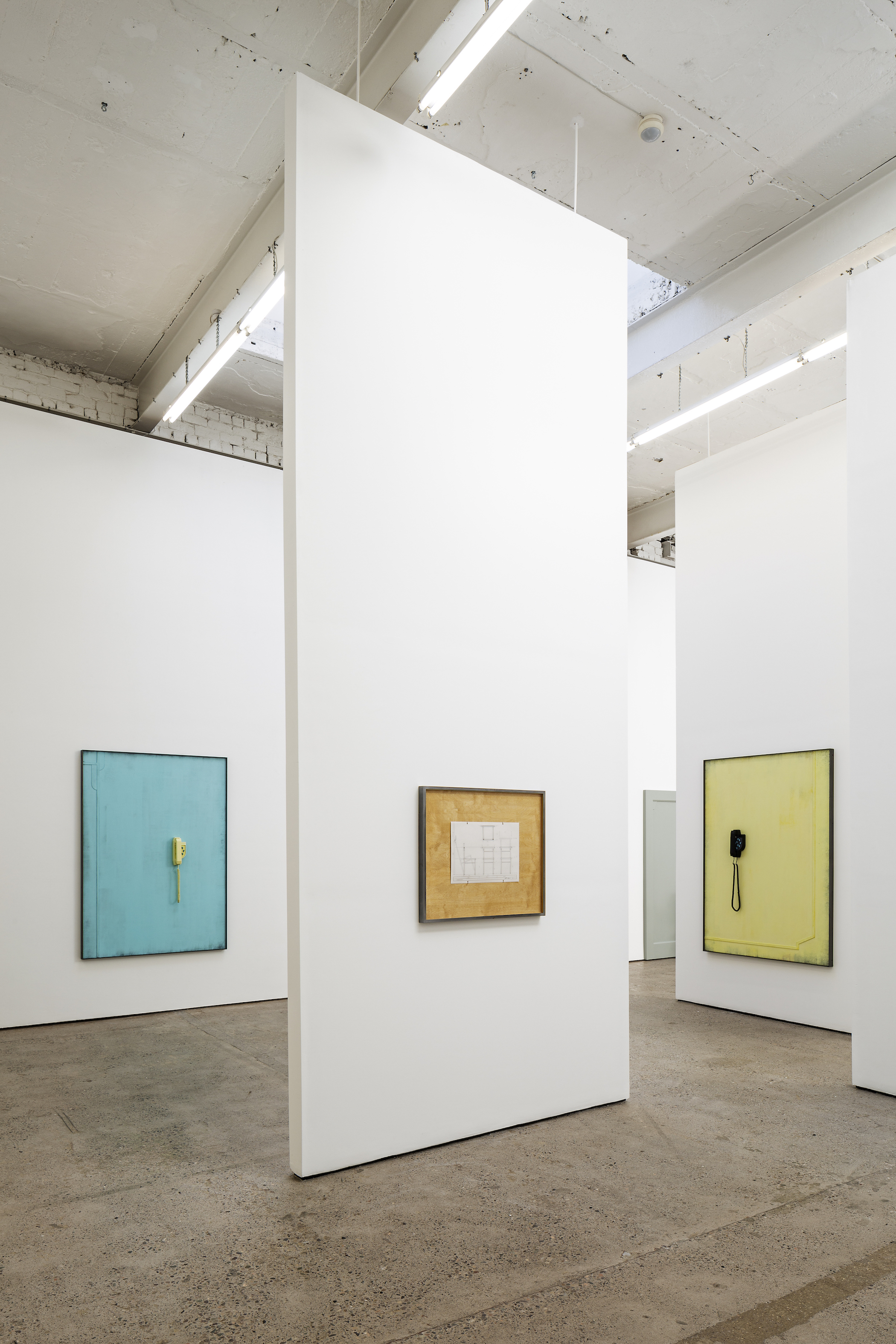 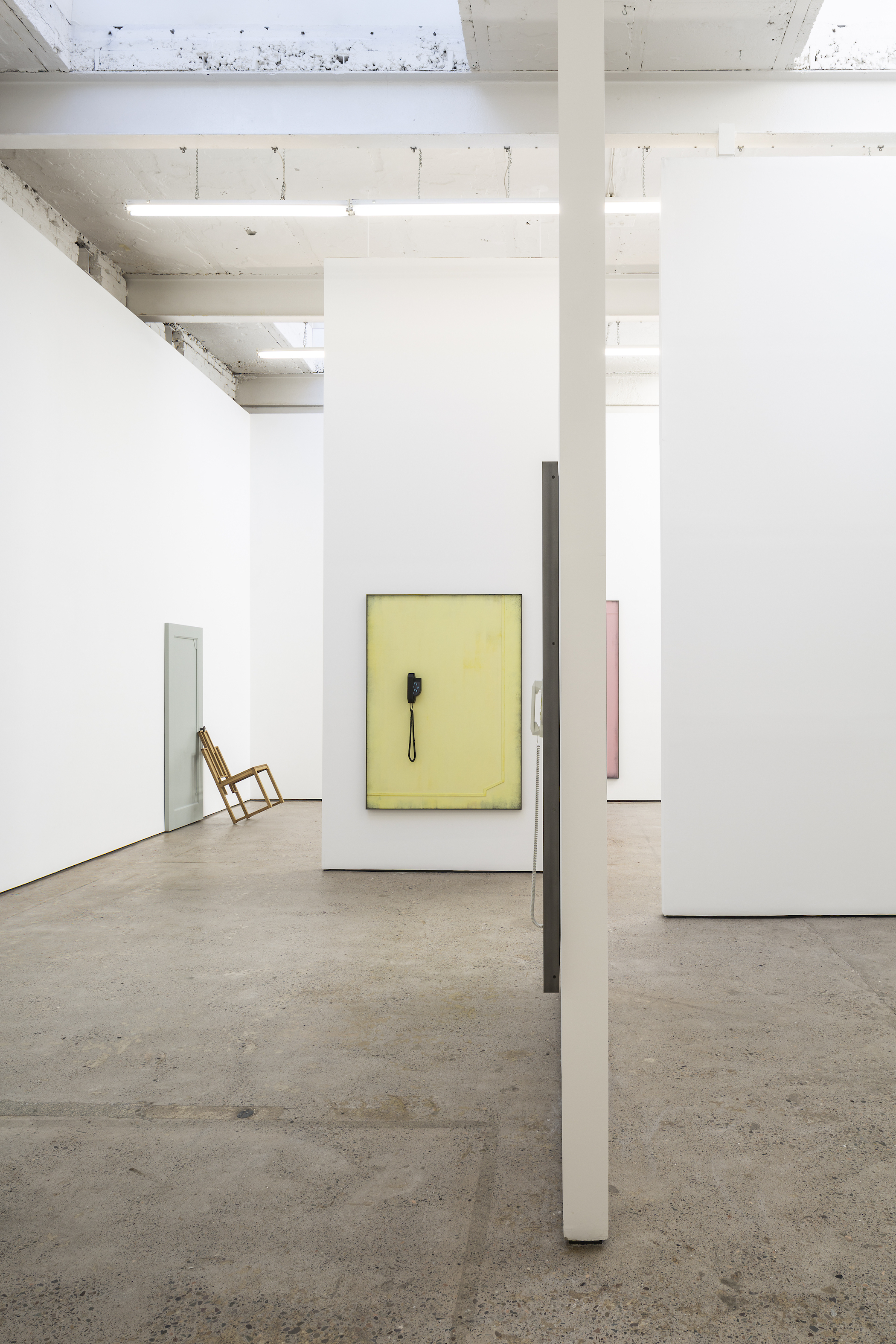 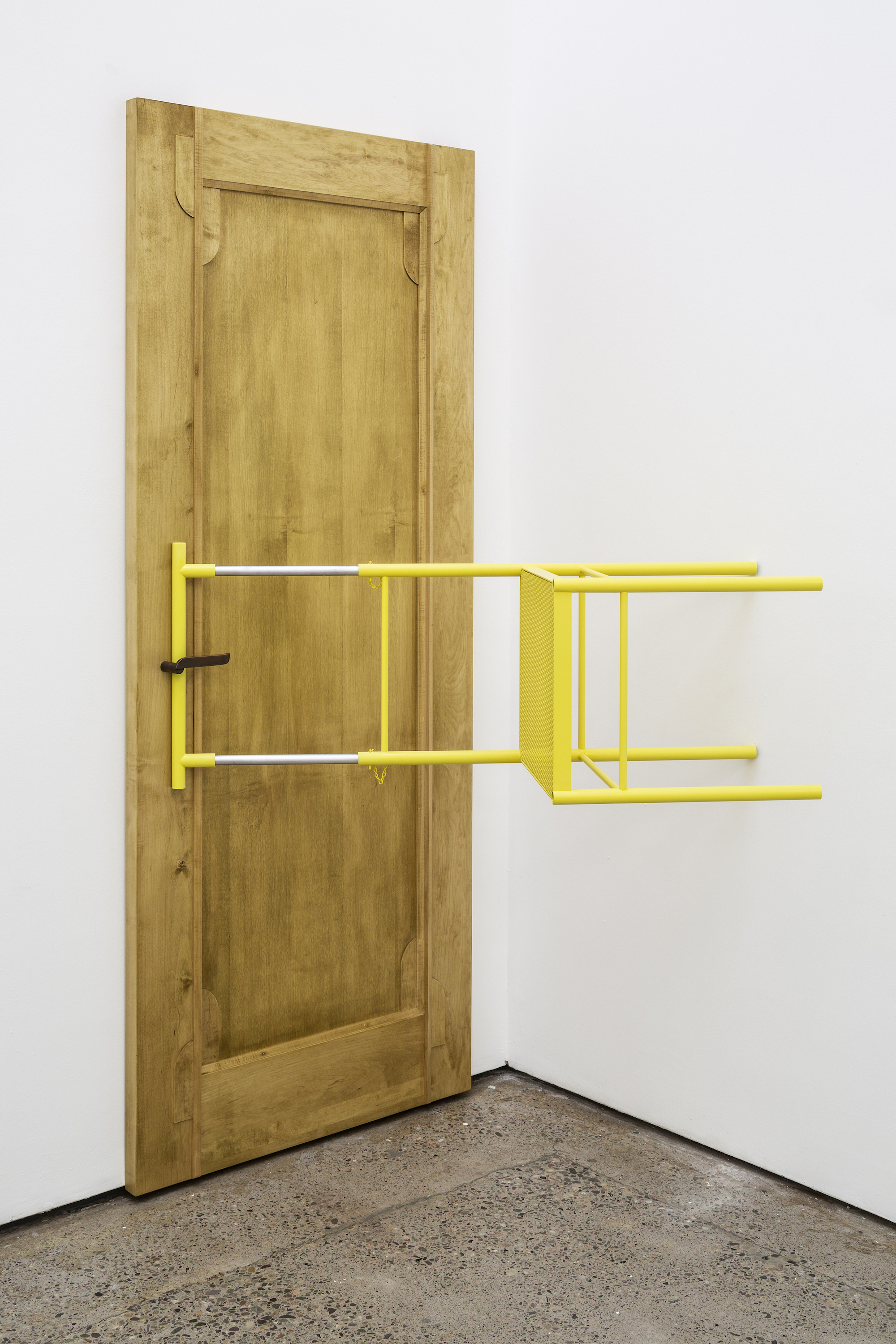 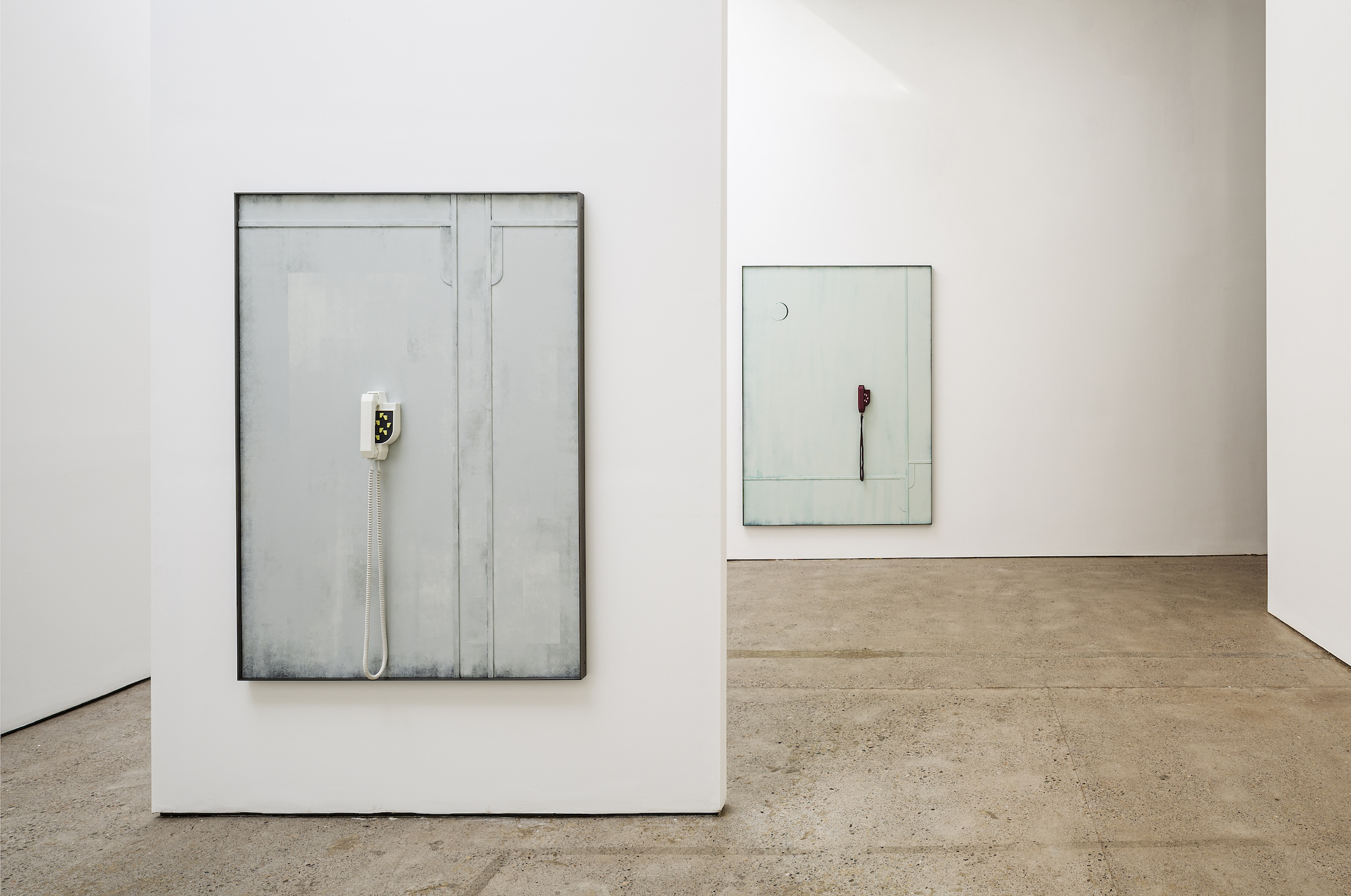 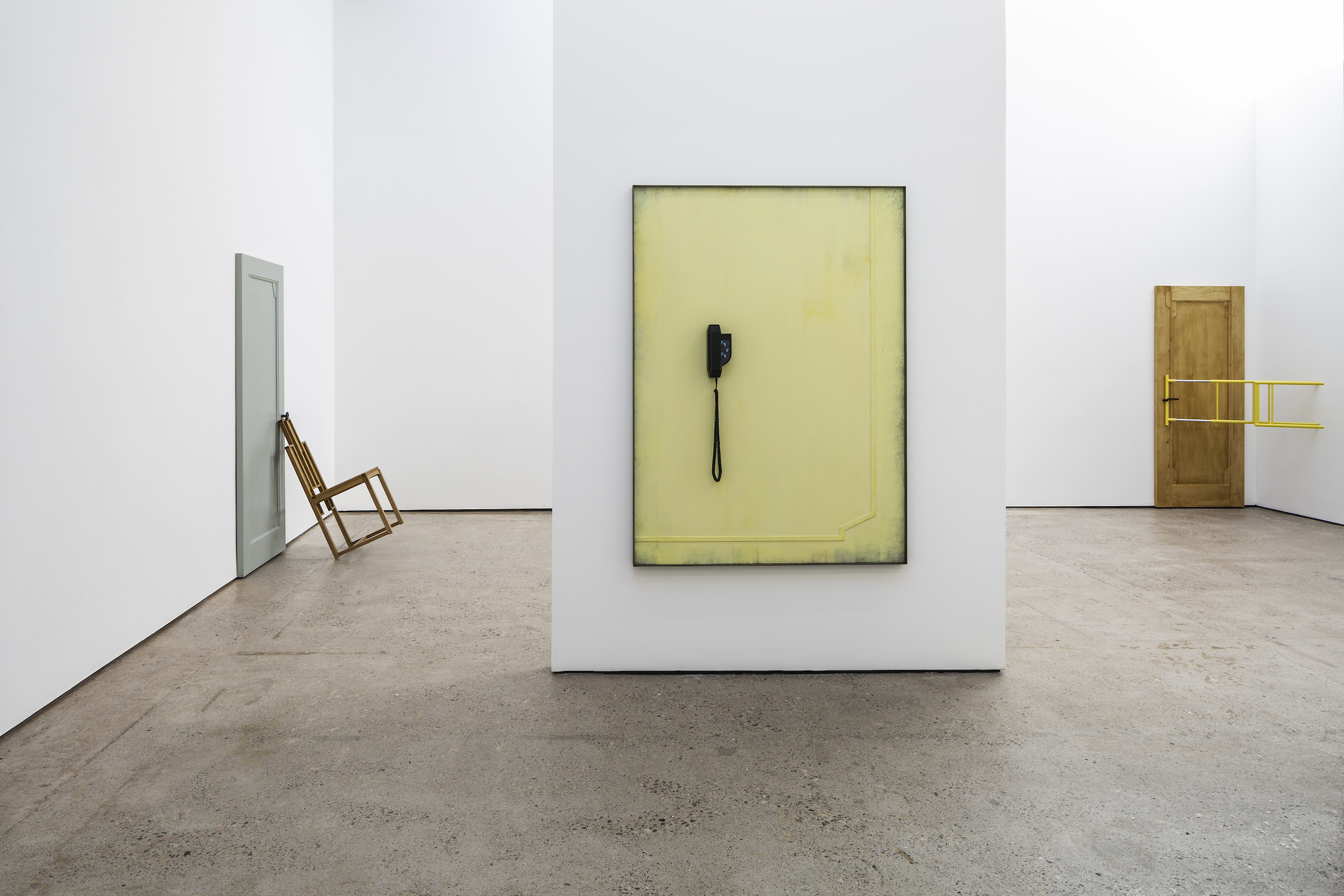