Lehmann Maupin is pleased to announce a joint exhibition featuring London-based artist Mandy El-Sayegh, and Seoul-based artist Lee Bul. Spanning two generations, both artists are known for their highly process-driven practices that often engage the human body through an exploration of materiality, science, literature, and medical technology. This exhibition will feature work from Lee Bul’s Perdu series and El-Sayegh’s recent Proofs series. While the Perdu series explores the binary of the technological and the organic, investigating the disruption of the natural by the artificial, El-Sayegh’s Proofs series examines the fragmented nature of human identification through the use of medical illustrations, imprints of the artist’s own body, and cultural and personal ephemera. Lee Bul’s work is the subject of a major solo exhibition Lee Bul: Saved Utopia at Manege Central Exhibition Hall, Saint Petersburg, Russia, while El-Sayegh’s work will be included in the upcoming exhibition British Art Show 9, organized by Hayward Gallery Touring, opening in 2021 in Wolverhampton, UK.

Born in the 1960s in South Korea under the country’s military dictatorship, Lee Bul came of age during a period of social and economic upheaval marked by the transition to a democratic state. The political shift experienced during her lifetime has informed much of her work and has been expressed in various ongoing themes, forms and materials over the course of her career, drawing inspiration from numerous literary, cinematic, and architectural sources. In her most recent Perdu paintings, composed of organic and inorganic material such as mother of pearl and layers of acrylic paint, the artist’s otherworldly visions of fragmented cyborg bodies are seemingly caught, suspended in space, at various distances and in differing detail. In Perdu LXIX (2020) the undefined forms emerge from a brightly-hued yellow field as if proliferating or expanding, hinting at an unidentified form of life that looms between the biological and technologic. The unfinished state of the forms and overall theme of physical and metaphorical yearning for completeness in the Perdu works is rooted in these past iterations where anagrams, like cyborgs, are formed from reconfigurable parts.

Mandy El-Sayegh’s process is rooted in a research-driven exploration of materiality, history, biology, and language. In her recent Proofs series, El-Sayegh explores fingerprint identification as a symbol of legitimacy and authenticity. Within each painting, the artist’s buttocks are imprinted over densely collaged surfaces, inviting us to consider the ways in which the female body is made, unmade, and circulated. The surfaces of the works are saturated with ink and imprinted with what the artist refers to as “thumbprints’’ of her body. Punctuated by collaged and silkscreened elements, as well as calligraphy by El-Sayegh’s father, the artist’s process erodes the meaning of common signifiers. Bringing together these de-contextualized appendages, El-Sayegh gives them a new body and sense of cohesiveness as an organic whole.

Drawing on El-Sayegh’s fascination with biological cell division, works like Proofs (bright enamel) (2021) present a fragmented female form, one historically shaped by medical illustration and analysis. Akin to cells sliced for microscopic inspection, the orbed prints are obscured by a series of meaning-making processes, each existing within their own temporalities. For instance, headlines are removed from their original sources and dispersed in seemingly nonsensical configurations. In certain works, El-Sayegh lists the code names of Israeli military operations from the 1990s, which, when translated into new typefaces, appear as imagined fashion collections from magazines. Meaning is dislocated from context, lost in a sea of newspaper clippings, image scraps, and signifiers. Read together, the works can be viewed as an organism structured through symbolic frameworks; an exploration of the body as it is translated through text and imagery.

Both Lee Bul and El-Sayegh engage in deep exploration of material and meaning, often through bodily and flesh-like imagery. Taken together, the works on view offer a compelling examination of external political issues, especially the broader construction of social and political systems.

Mandy El-Sayegh’s (b. 1985, Malaysia, lives and works in London, United Kingdom) highly process-driven practice is rooted in an exploration of material and language. Executed in a wide range of media, including densely layered paintings, sculpture, installation, diagrams, and sound and video, El-Sayegh’s work investigates the formation and break-down of systems of order, be they bodily, linguistic, or political. She is particularly interested in exploring the Part-Whole relationship–how something significant yet unpremeditated emerges and comes into being through various smaller, micro-interactions or repetitions. She physically demonstrates this by collaging disparate fragments, text, and found imagery, and layering them with materials like latex, rubber, and clay that mimic organic matter. Through simple, repetitive patterns such as a hand-painted grid or geometric molds, formal and narrative synthesis occurs that is not consciously intended or anticipated.

El-Sayegh likens her exploratory, observational process to the occurrence of contemporary social and political events, which unfold in highly chaotic and often disturbing ways. Justifications or explanations for such events typically appear after the fact–they are devised in an effort to impose order on an inherently subjective and incomplete set of social, cultural, and political processes. The artist’s work aims to remove the veil of these superimposed structures and reveal the intricacies of growth and decay as they happen in real time. El- Sayegh is interested in the observation of process (of science and of self) and she believes that through such observation, one can better understand how the social and political phenomena that shape our world exist in a constant state of flux.

El-Sayegh’s work begins with found fragments, which are the “parts” that possess the power to disrupt overarching structures and assumed truths. Her fragments include sourced copies of the Financial Times, imagery from advertisements, or collected doodles and Arabic calligraphy from her father’s home in London. She collages these elements together and asserts her own perspective by drawing directly onto the works to create double-meanings and call into question our assumptions and understanding of typically unquestioned systems.

Lee Bul (b. 1964, Yeongju; lives and works in Seoul) works across a diverse range of media— from drawing, sculpture, and painting to performance, installation, and video—in examining the intricacies of shared human consciousness and the myths and folklore that accompany history. She investigates the liminal space between binaries such as the individual and the collective, and contradictory feelings such as isolation and claustrophobia. Her installations and sculptures explore universal themes including the utopian desire to achieve perfection through technological advances and the dystopic suspicions and failures that often result. Though varied in material and content, the works are united in their exploration of structural systems—from the individual body to larger architectural frameworks that encompass cities and utopian societies. For Lee Bul, humankind’s fascination with technology ultimately refers to our preoccupations with the human body and our desire to transcend flesh in pursuit of immortality. This interest often materializes in her work in the form of a cyborg—a being that is both organic and machine—the closest thing to a human that truly achieves this ideal. Lee Bul considers the cyborg a conceptual metaphor in its personification of social attitudes to technology; simultaneously a paragon and a monster. 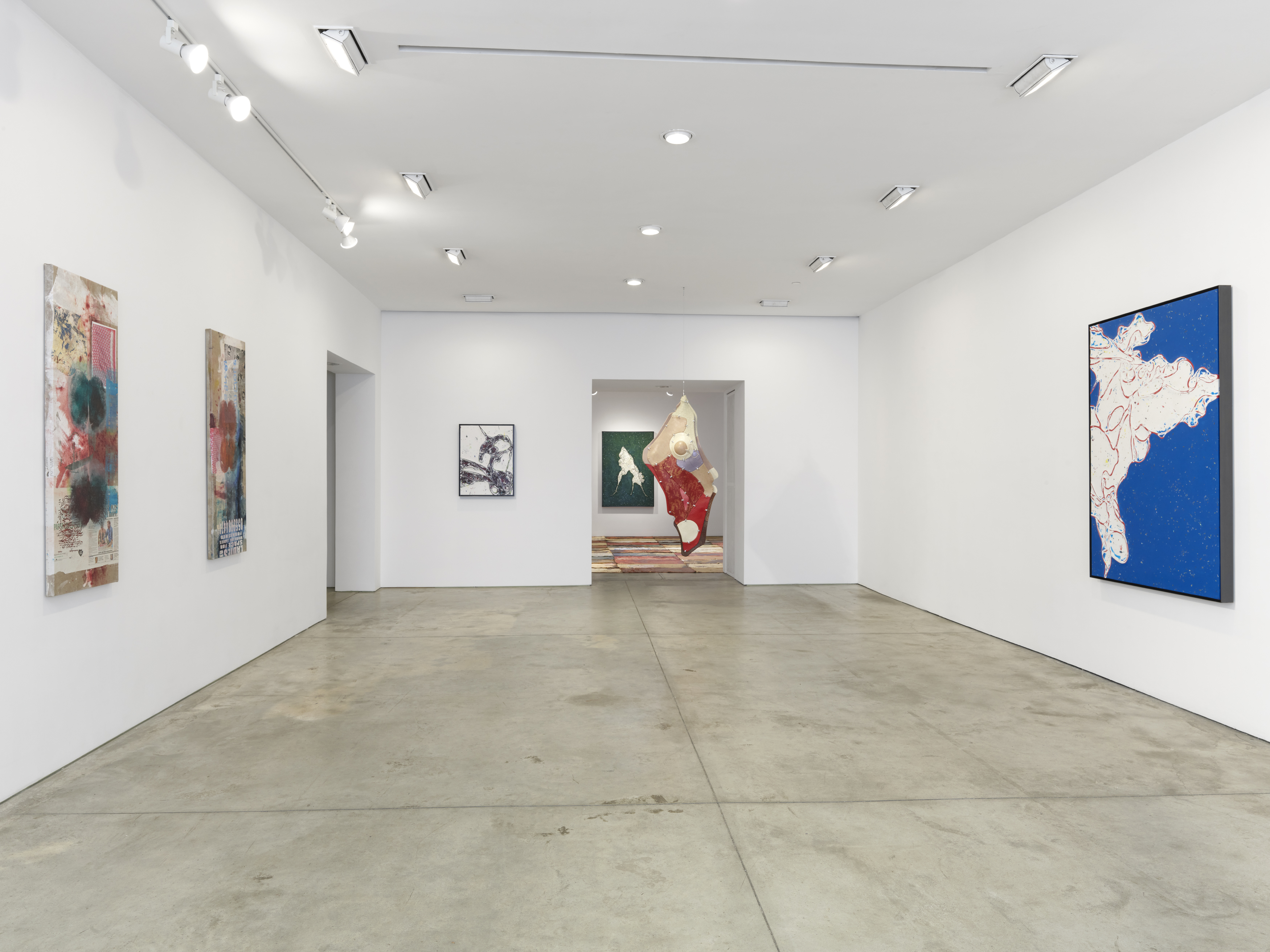 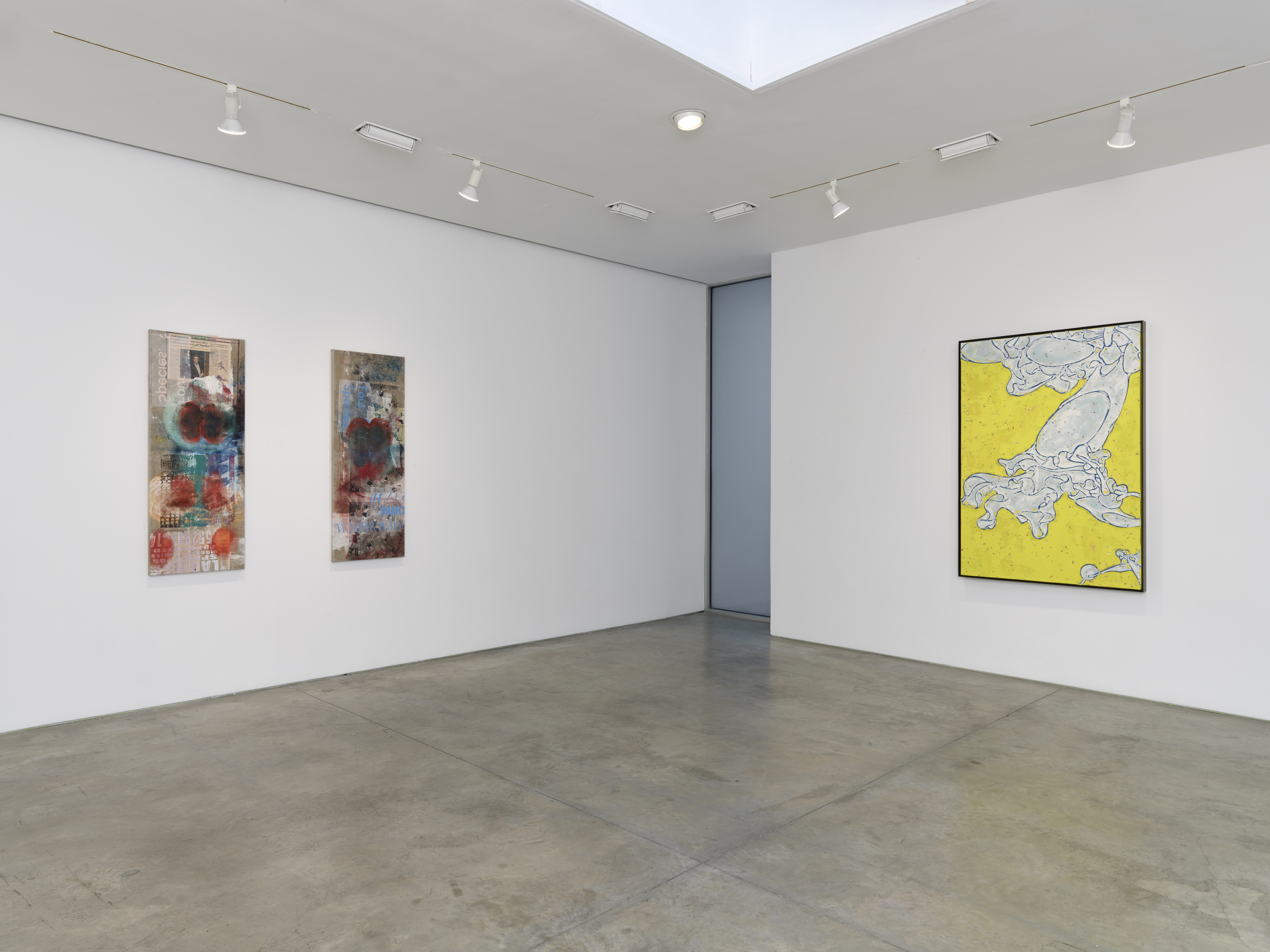 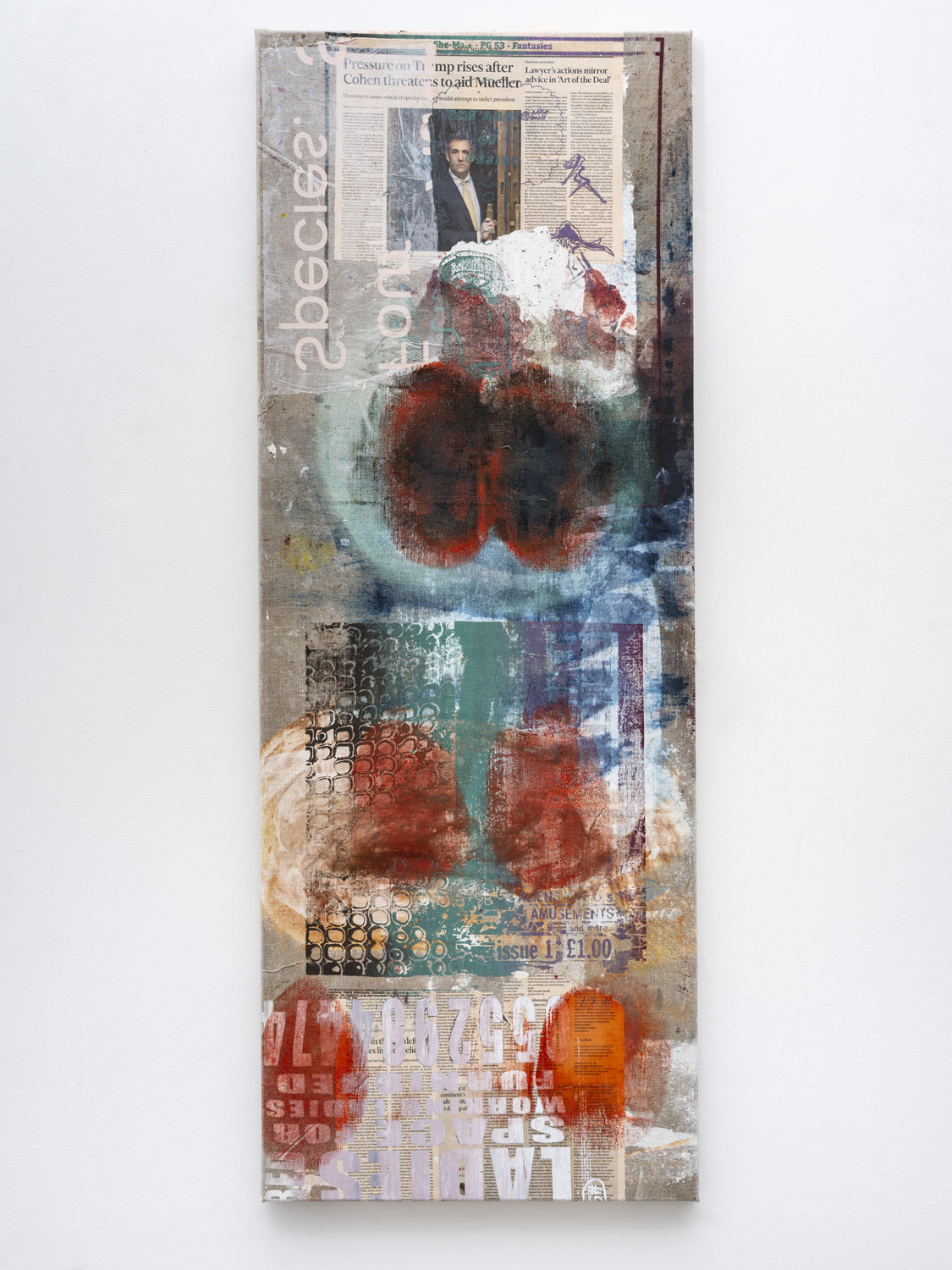 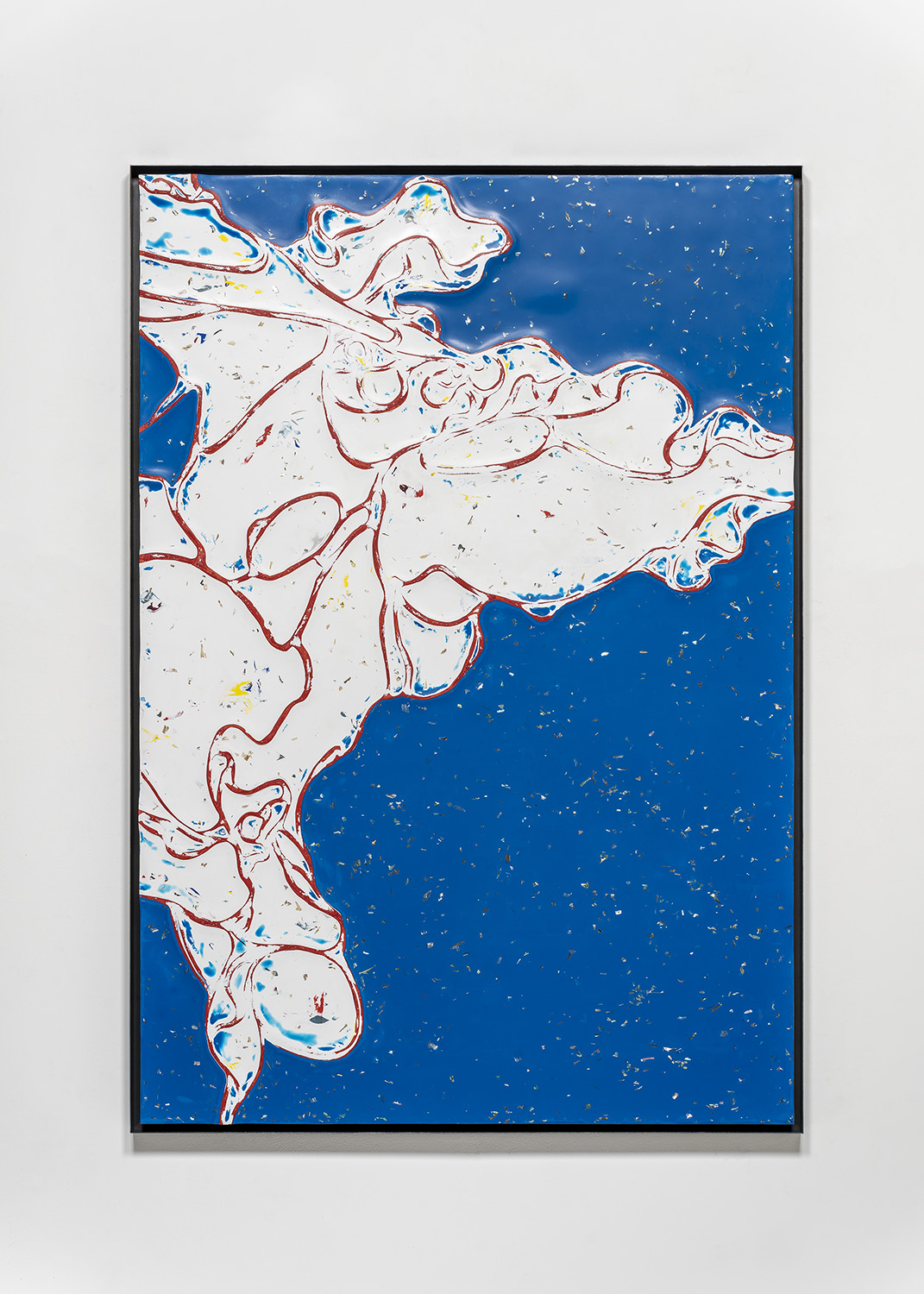 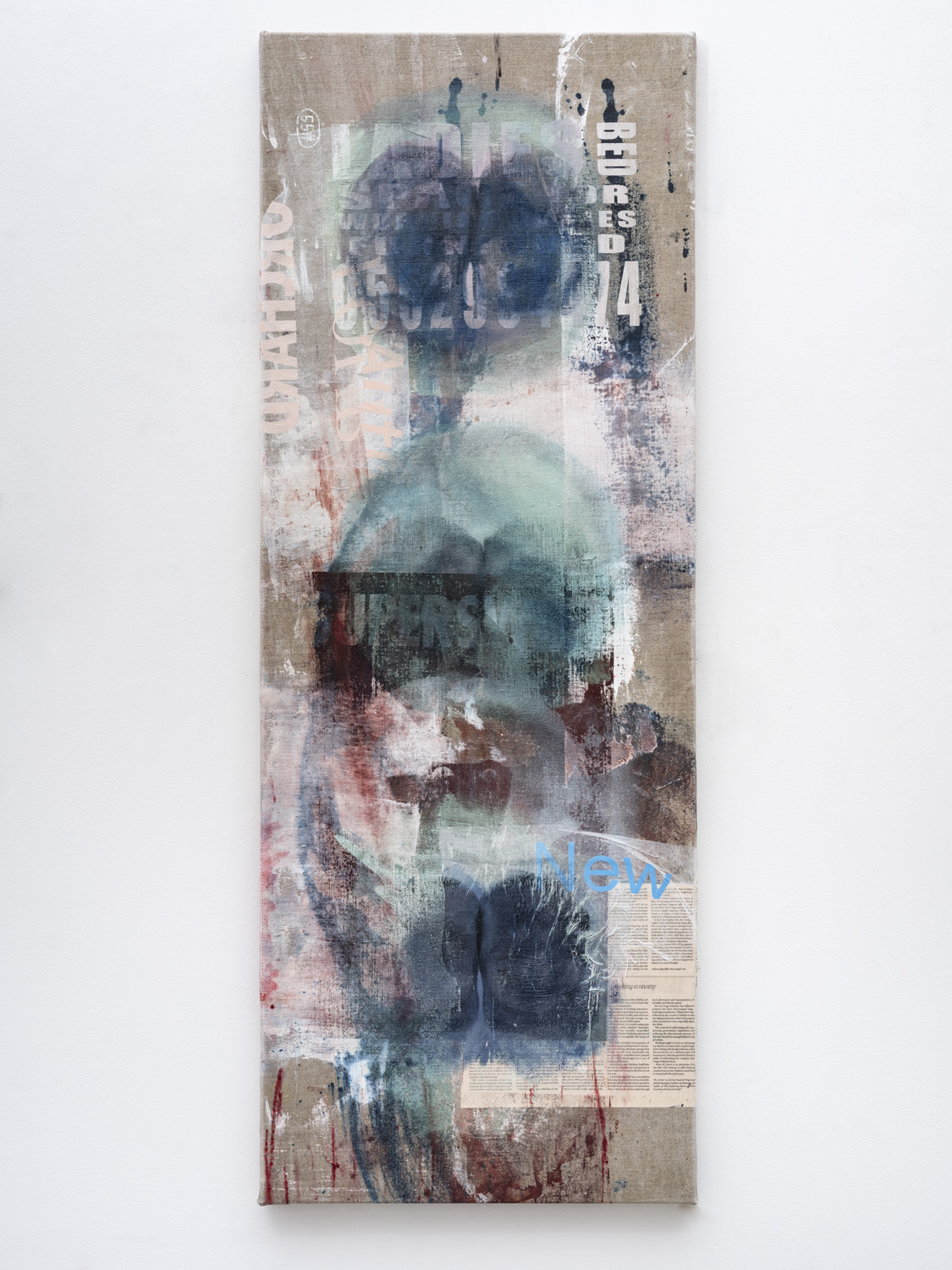 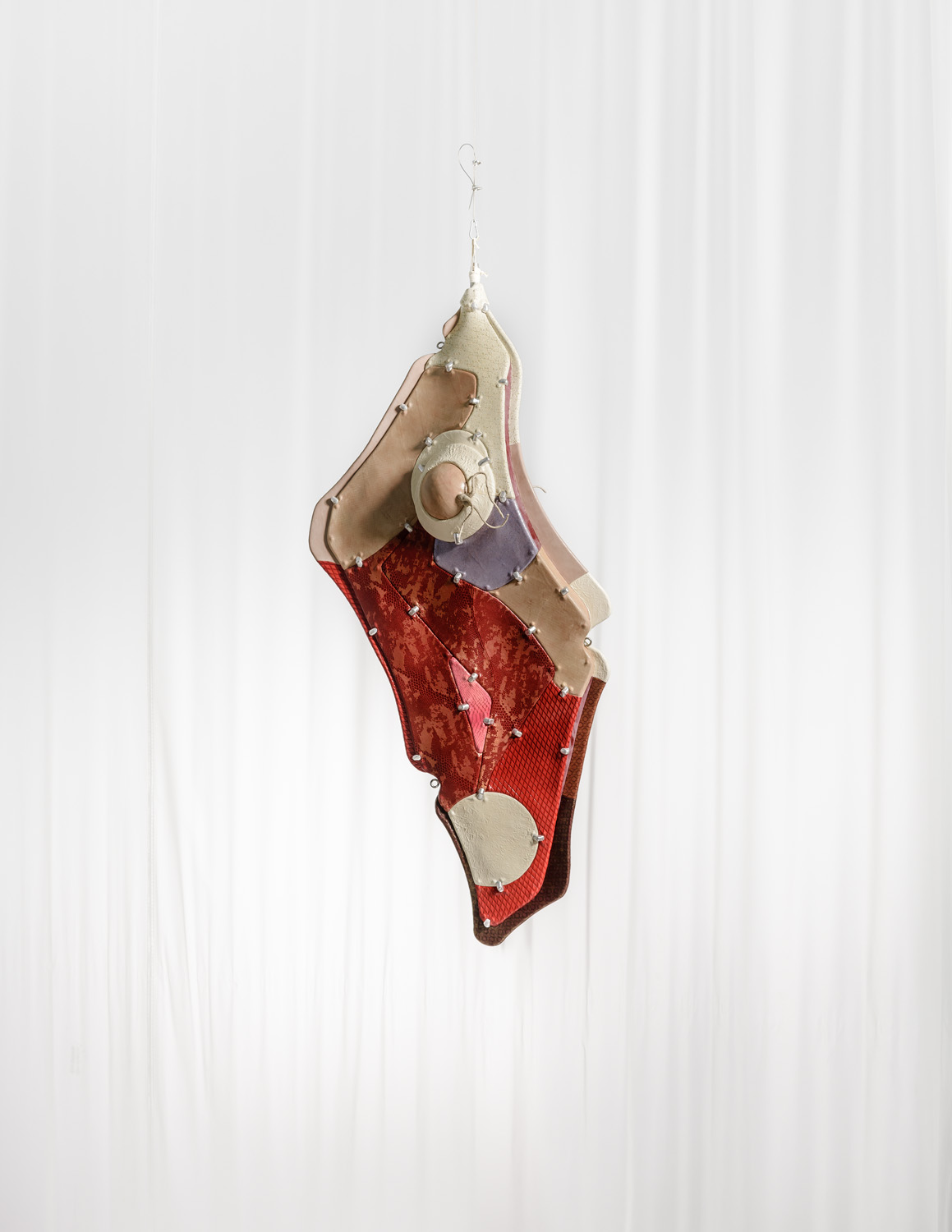 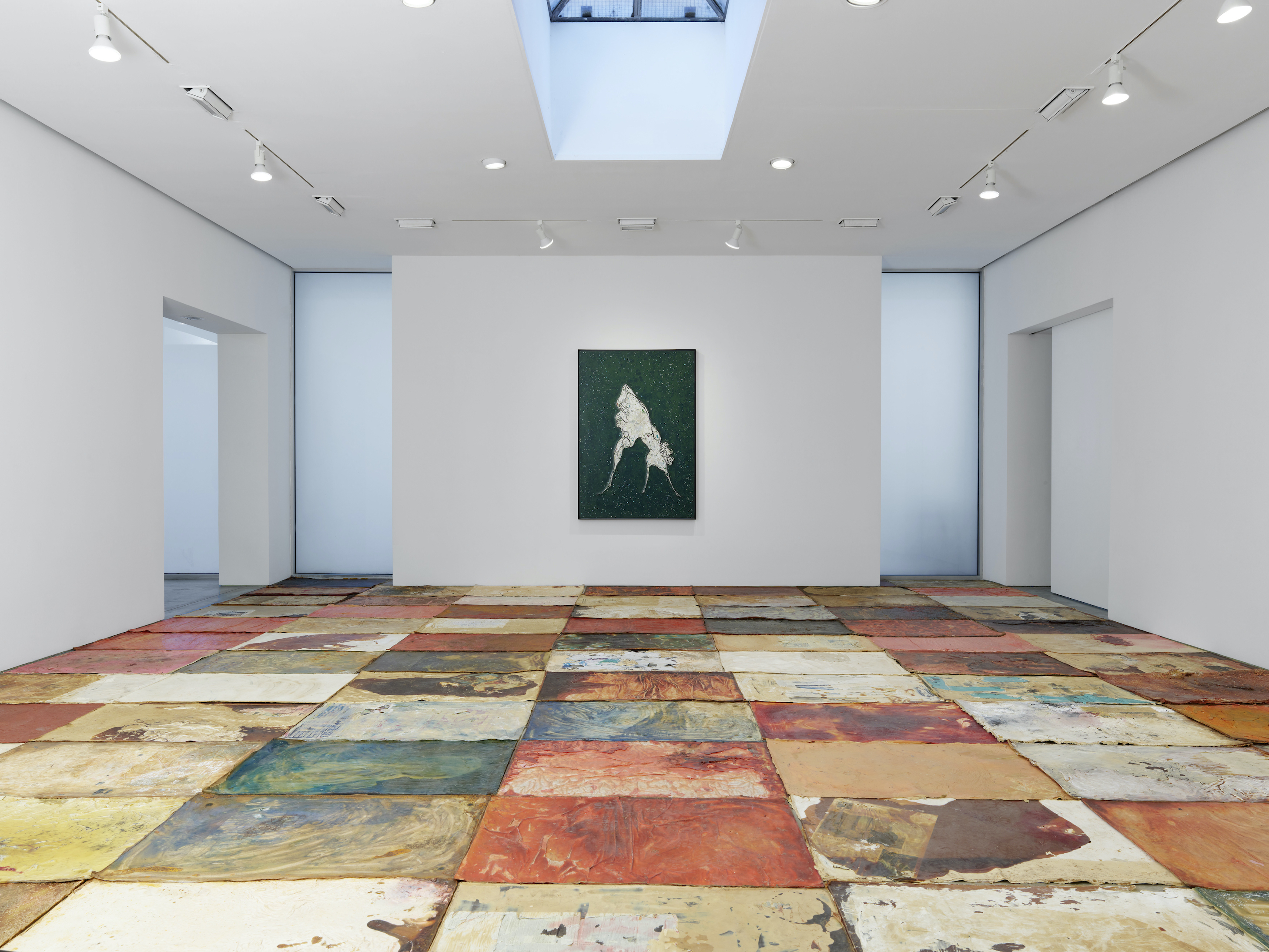