Making a Painting at Matthew Marks

‍Making a Painting brings together works by an intergenerational group of seven artists. The exhibition includes new paintings by Wade Guyton, Maggie Lee and Laura Owens and earlier works by Carlos Almaraz, Joan Brown, Willem de Kooning, and Michel Majerus. Each of the artists has a unique approach towards the same end: making a painting.

The exhibition begins with seemingly straightforward oil on canvas paintings like Willem deKooning’s Woman with Smile (1967). Created after the artist relocated to bucolic Long Island, the merging of figure and landscape reflects the influence of nature on de Kooning. Considered unconventional in their time, the paintings of Joan Brown and Carlos Almaraz appear prescient amidst the ongoing revival of figurative painting. Brown’s 1977 painting The Dream depicts a couple, one of her most frequent subjects, in thin washes of paint reminiscent of Color Field Painting. West Coast Car Crash (1982) — a key example of Almaraz’s Car Crash paintings — utilizes impasto to visceral effect.

Several included works challenge traditional notions of painting. In Tron 1 (orange Pantone151) (1999), Michel Majerus pairs a wall painting with a silkscreened canvas featuring the likeness of a German hacker who died a suspicious death in 1998 alongside a promotional image from the1982 movie Tron. Wade Guyton’s new painting blurs technology and everyday life where analog drips are juxtaposed with printed ones. Evoking a punkish DIY attitude with her cut-and-paste methods, Maggie Lee’s “vintage paintings” take the notion of analog even further.

The most recent work in the exhibition is a large-scale painting for the wall by Laura Owens. The painting combines an intricate array of techniques including silkscreen printing, block printing, and hand-painted marks in oil. A version of the work was first shown as part of Owens’ 2021 exhibition at the Cleveland Museum of Art. 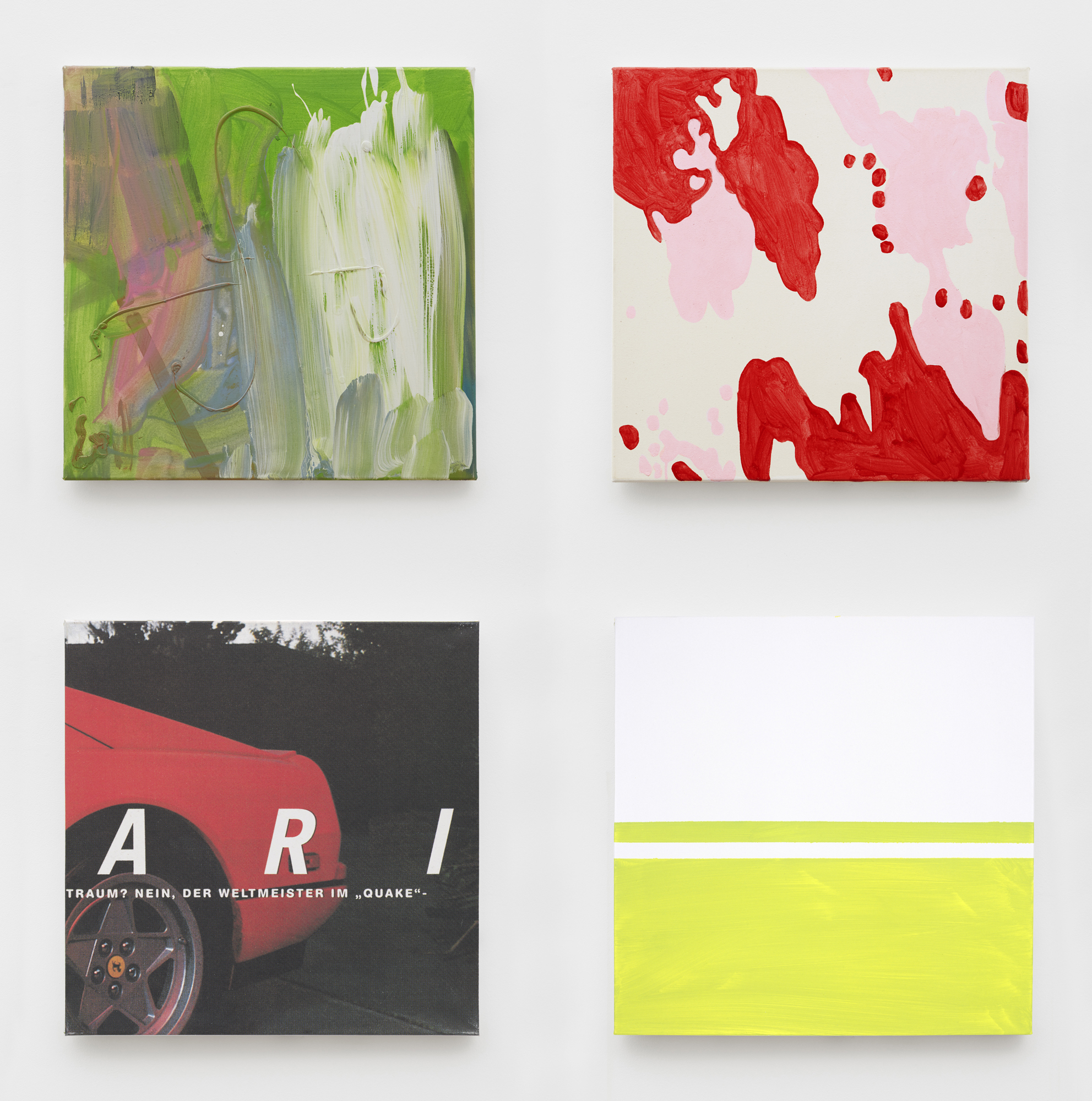 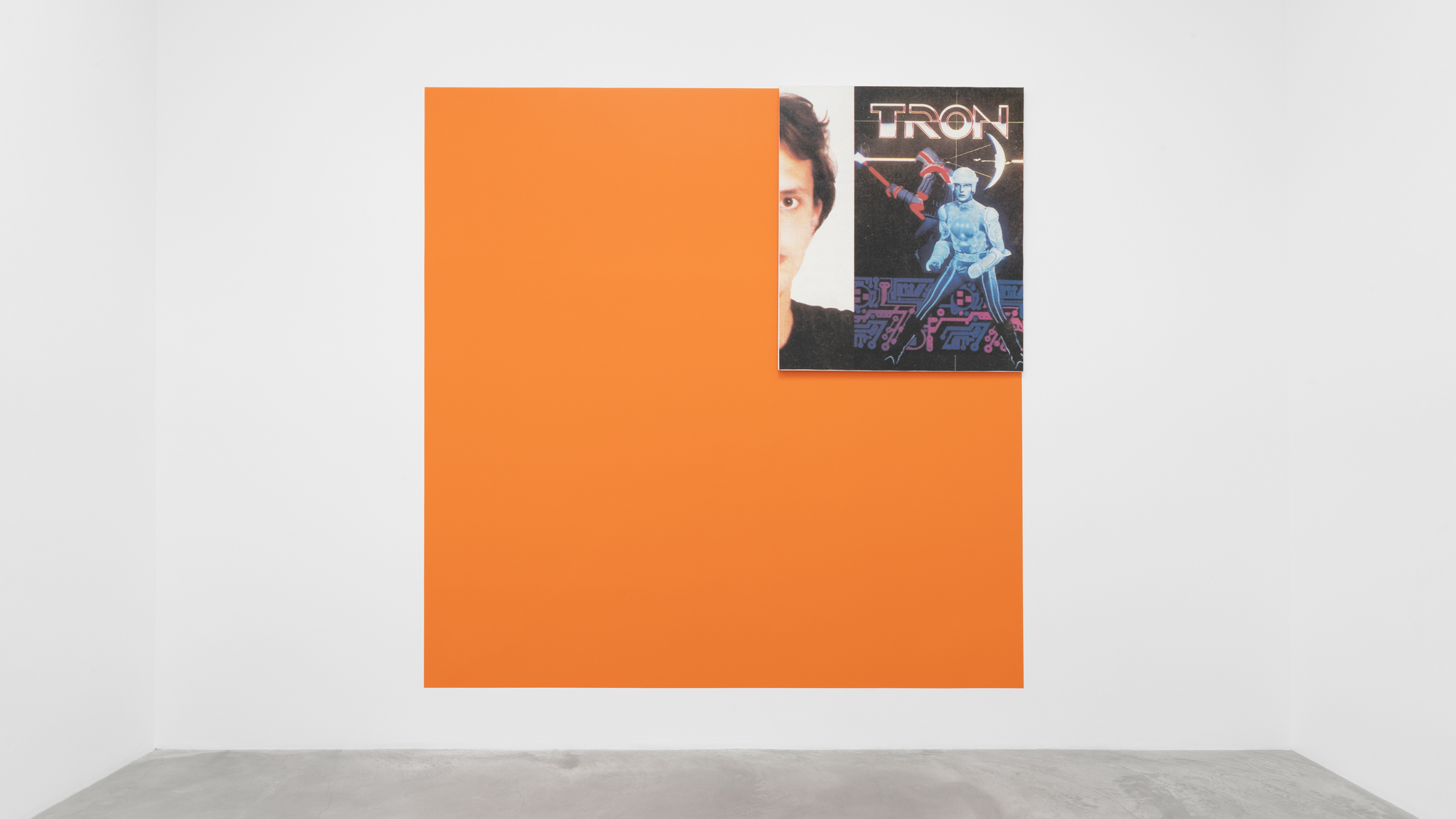 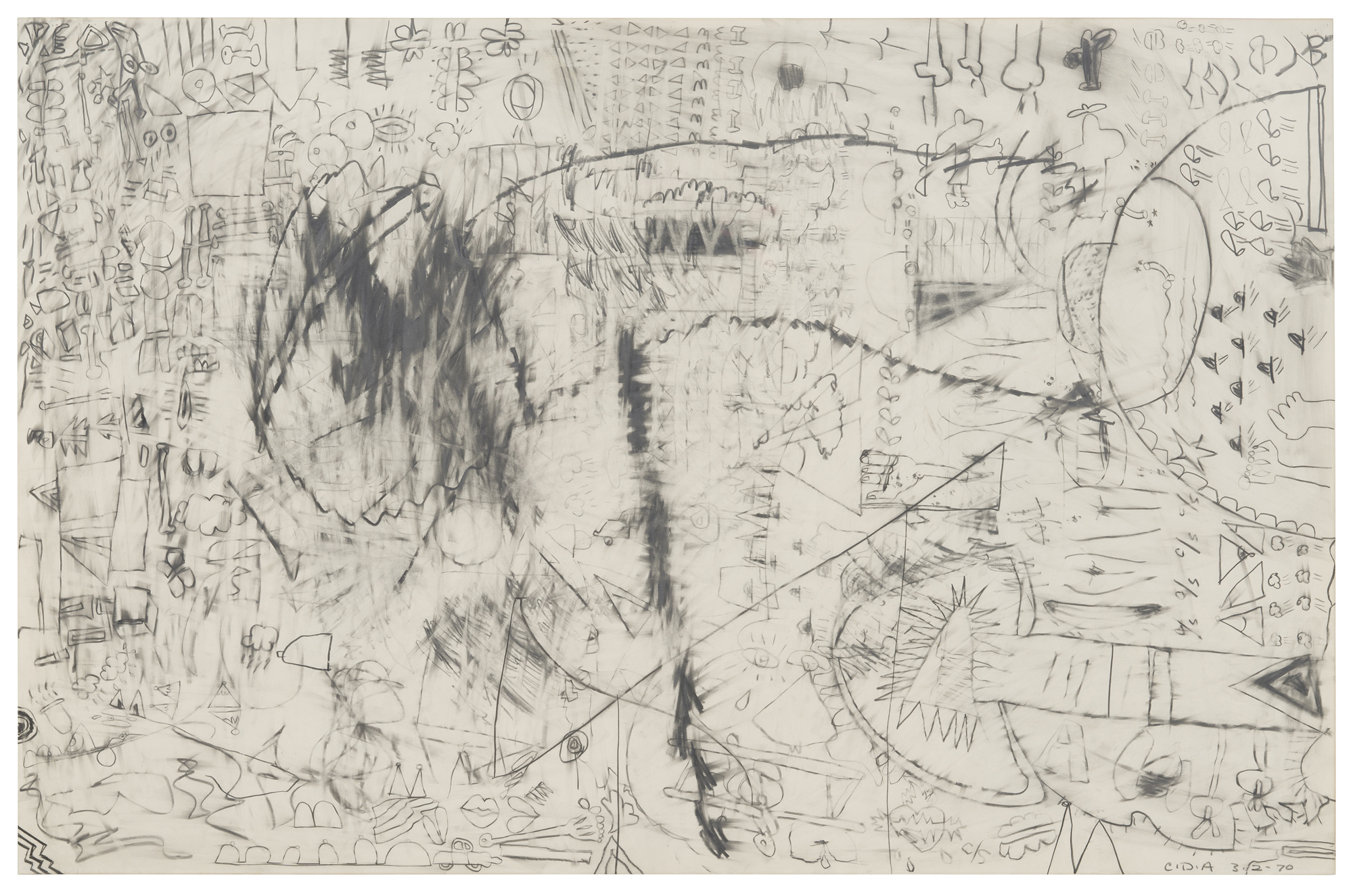 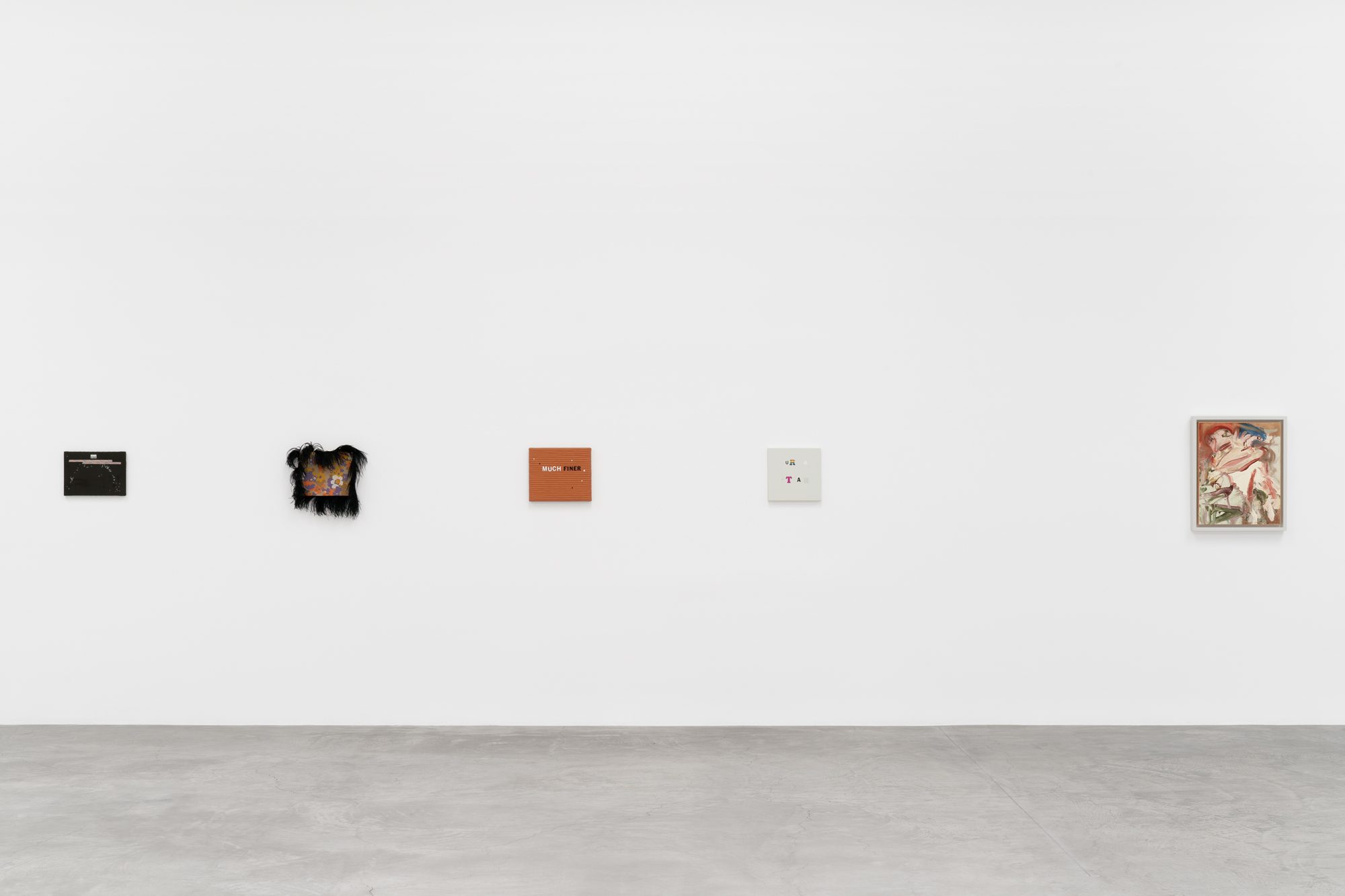 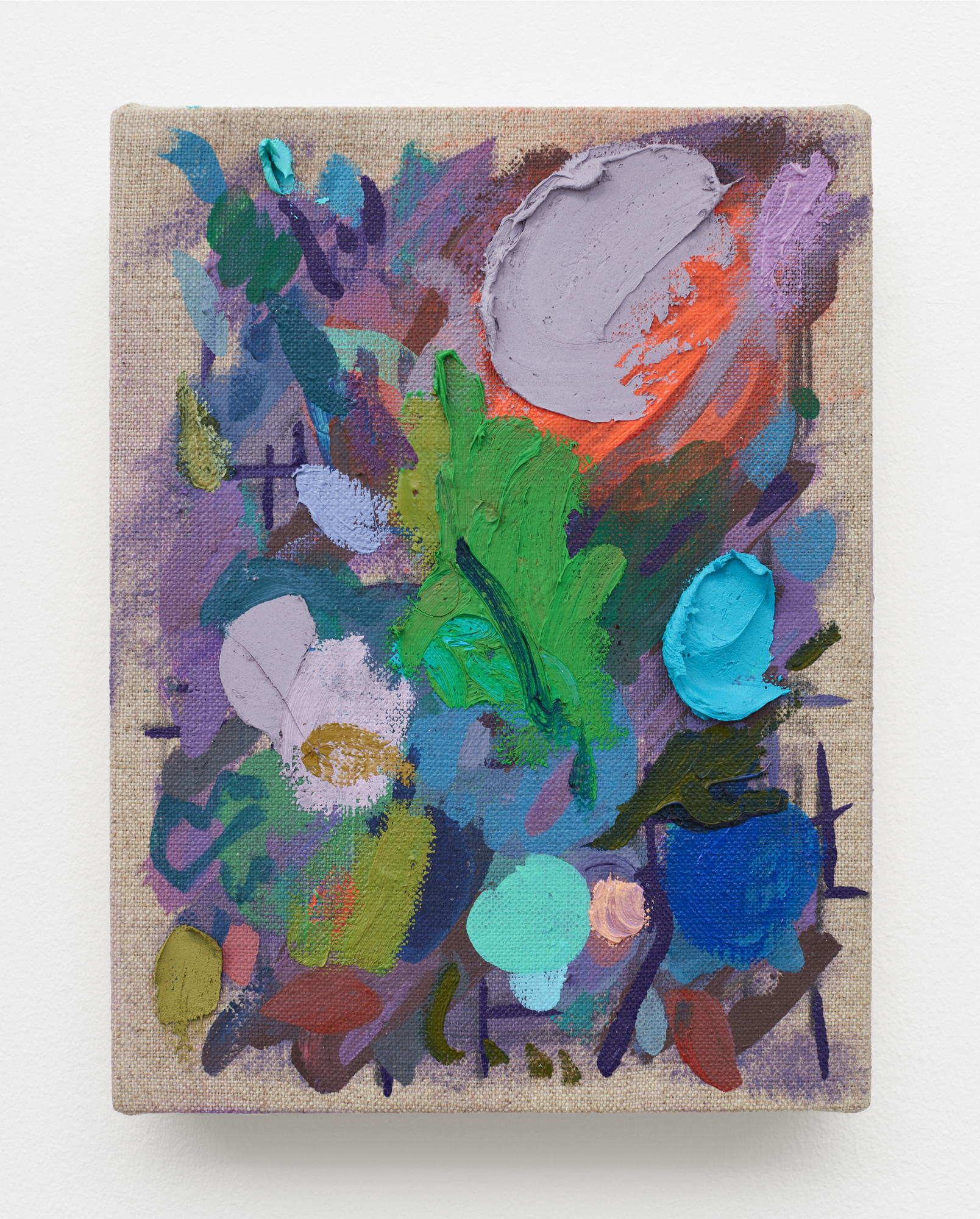 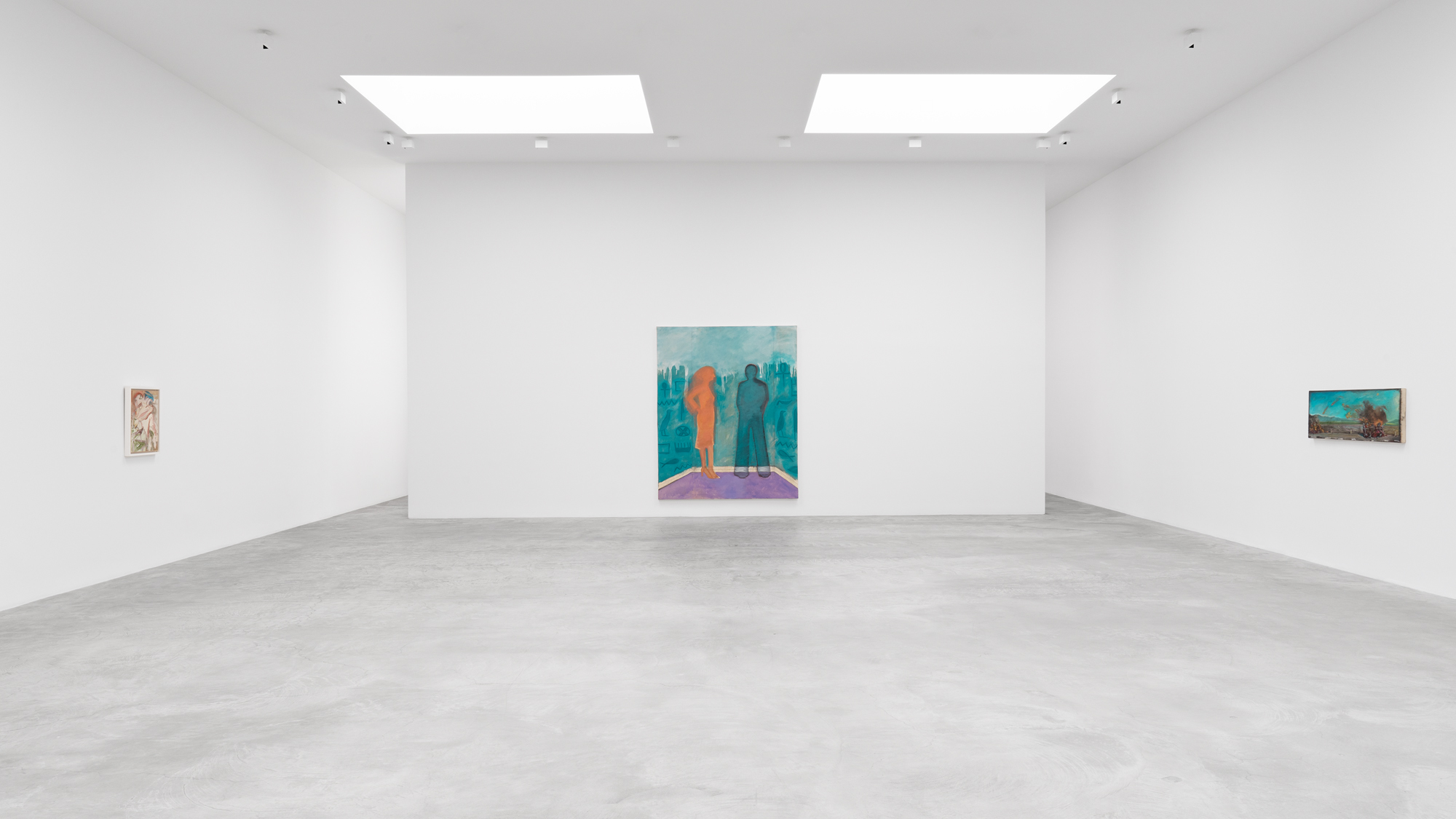 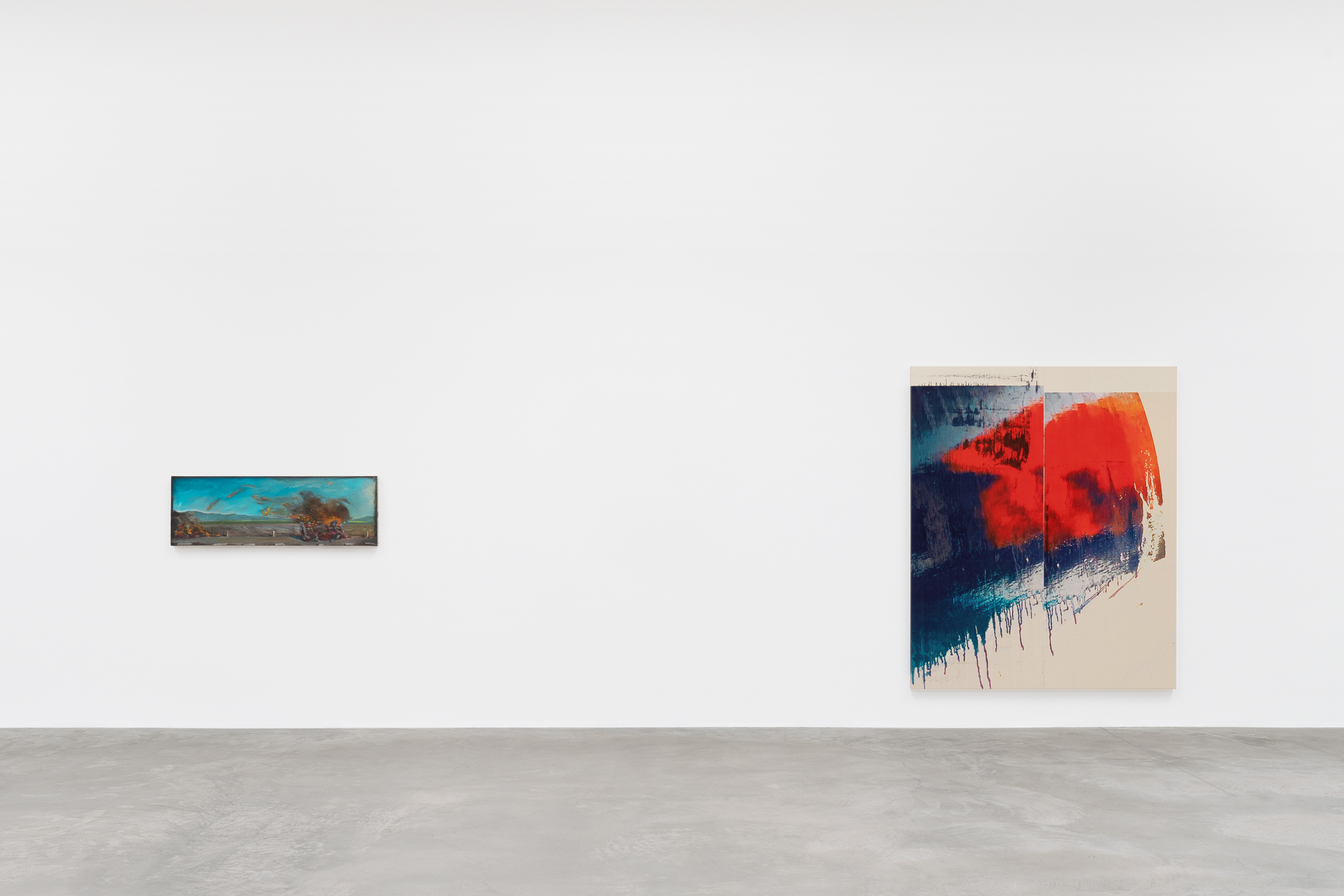 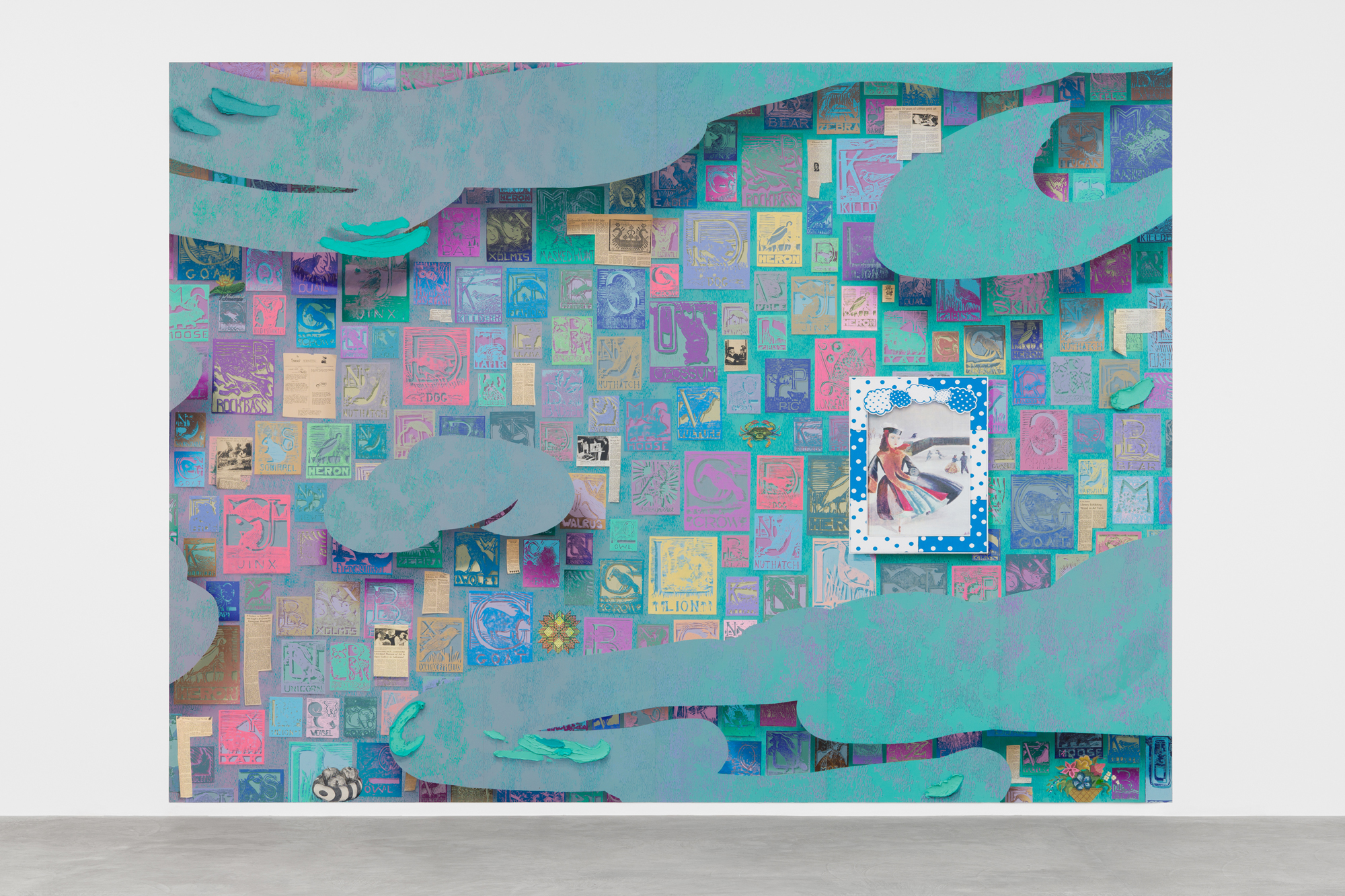