POWER AND LIKING
THE NEW PAINTINGS OF KES RICHARDSON

‍
I like the way these airy bright loose paintings seem to be made of torn paper. I like the light coming out of them and the natural glow of the shapes, and the suggestion of faces — when I saw the overall title of the show I realised that suggestion was deliberate, but I’d got used to the paintings before that and already found them full of meaning and life.

How much must anything mean anything in a painting? It always means something in any case, if it’s at all convincing. Being believable can be a matter of a patterned unity, or clear geometric shapes that make sense, or animation achieved by things going well which aren’t all in the same category: a bit of imagery,
a bit of form, many interesting disparate bits and pieces.

‍
With these pictures there’s a definite life. The materials have been energised. The shapes are either glaring and definite or smoky and ambiguous, and it’s not
always disappointingly clear which is which and how it was done, or how many colours there are: frequent failings in Matisse-like semi abstract painting
communicating the joy of making! Instead the pictures are confidently simple, and simplicity becomes complexity.

In one picture with a lime green towering shape with a scumbled surface, facing joined together black and reddish brown angular shapes, and a roundish light blue form like an outburst of blue sky, all these things are simply as I’ve described them, but also one sees unambiguous controlled tonal consistency and believability. That’s not to say the shapes are all the same tone, they’re not, they jump tonally like a chequerboard: extreme contrasts. But the control exacted over them, which must be a matter of working initially largely unconsciously according to what feels nice to do, and then consciously and deliberately altering this and that, is about something different to
just having fun. The control is about making patches spatial, making their interaction seem to the eye and mind of the viewer to be something like the observed world. How reality looks.
‍

Masks, faces, faces in modern art, scudding clouds, sailing boat shapes, patterns with reality peeping through, jumbled higgledipiggeldy wonky torn edge shapes, is a set of visual prospects that if you just read about you could easily want to avoid because it sounds too nice. Anger, menace and irony, and commentary on the weird psychological convolutions by which we negotiate everything and everyone around us — all this alien pressure day and night! — is more like the recipe for hit artworks, many of us might think. I certainly like it when I see it — if it’s working.

But I like the joy angle too. In fact any angle on our human existence is a good approach for art, if the joins of shapes and the energy resulting from all the ways
they’ve been established and treated and united, has some power.

In this element, power, power separated from description, which after all is pretty much completely
impossible to isolate and talk about scientifically, and is always a matter of pushing words around and hoping for the best, yet is the only truly important thing in a
painting — is the analogised version of reality that tells us about everything: black anger to trivial lightness and jokes, savagery to the lovely ordered niceness of hanging out with our friends; all we know — and it doesn’t matter if the taking off point has a feel of a robin jumping about twig to twig or the feel of Saturn devouring his children. Well done to these happy interesting thoughtful paintings.
Matthew Collings 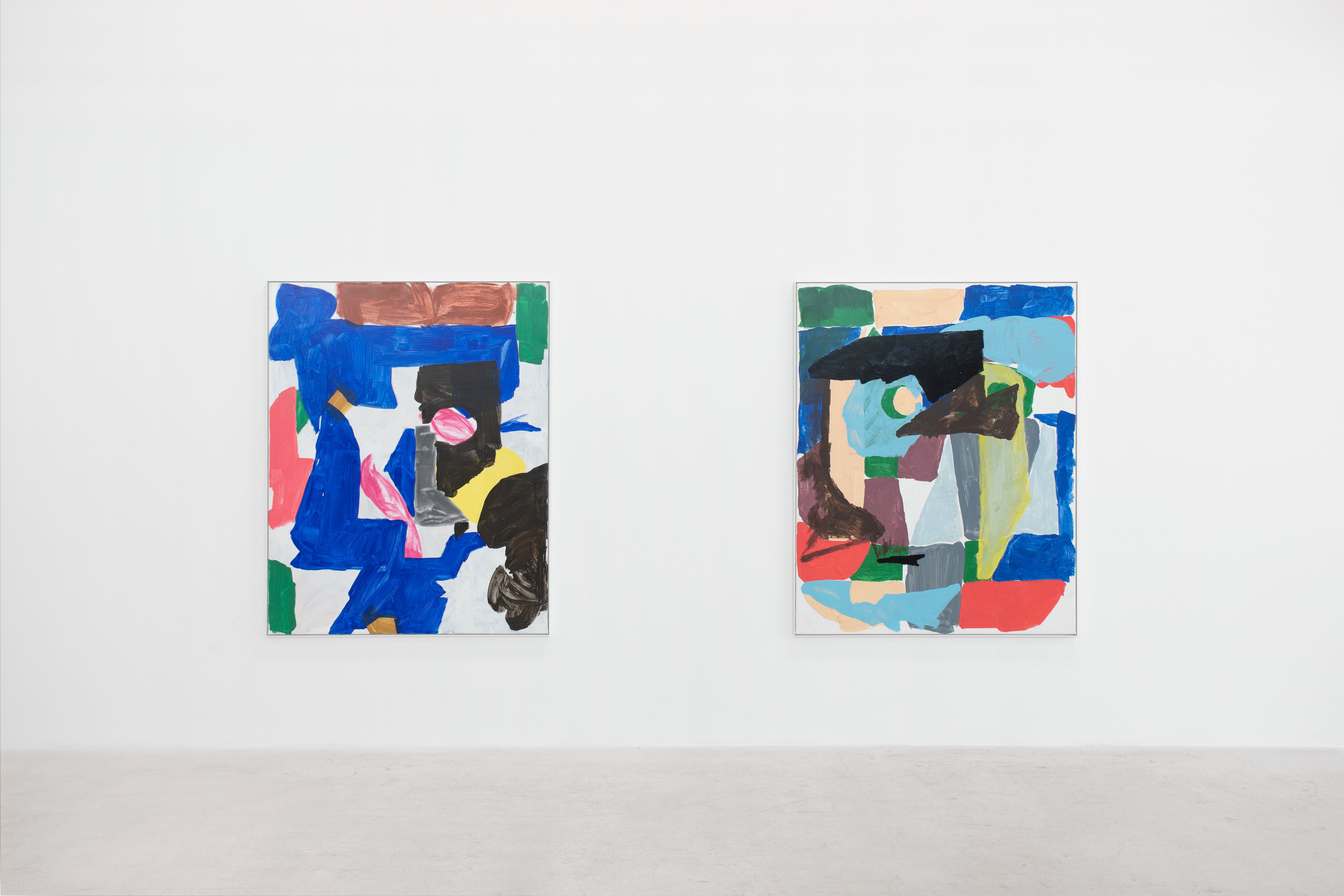 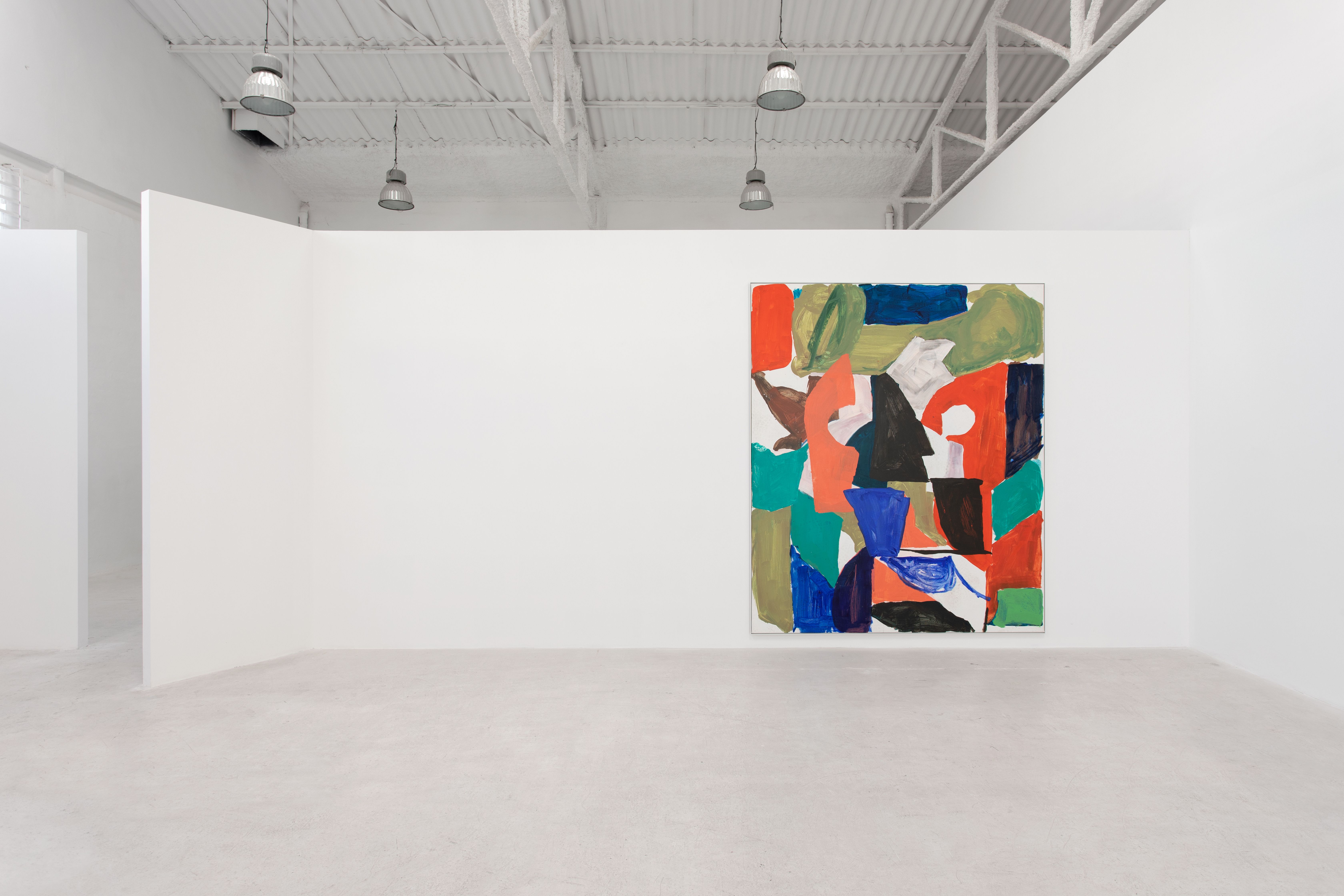 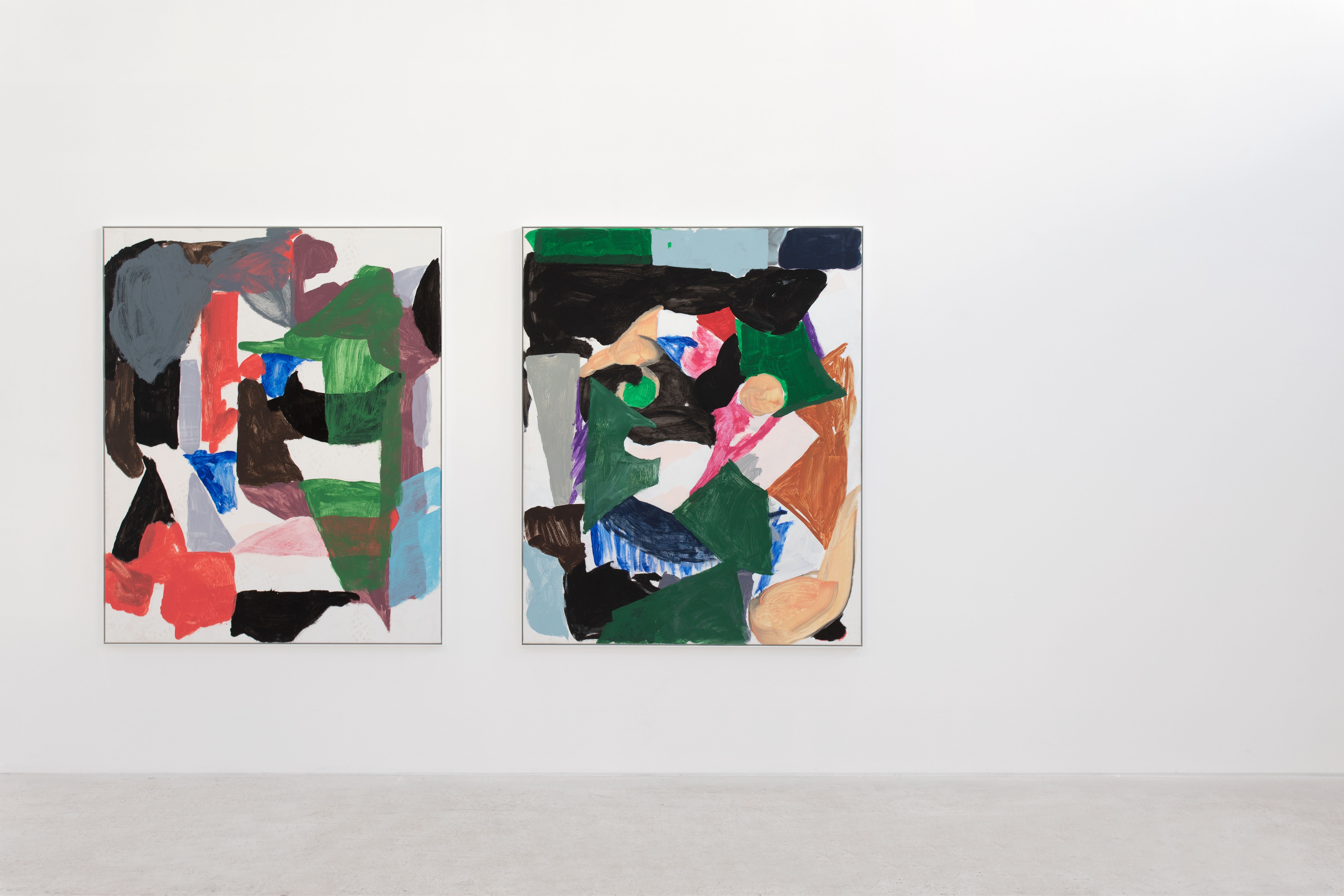 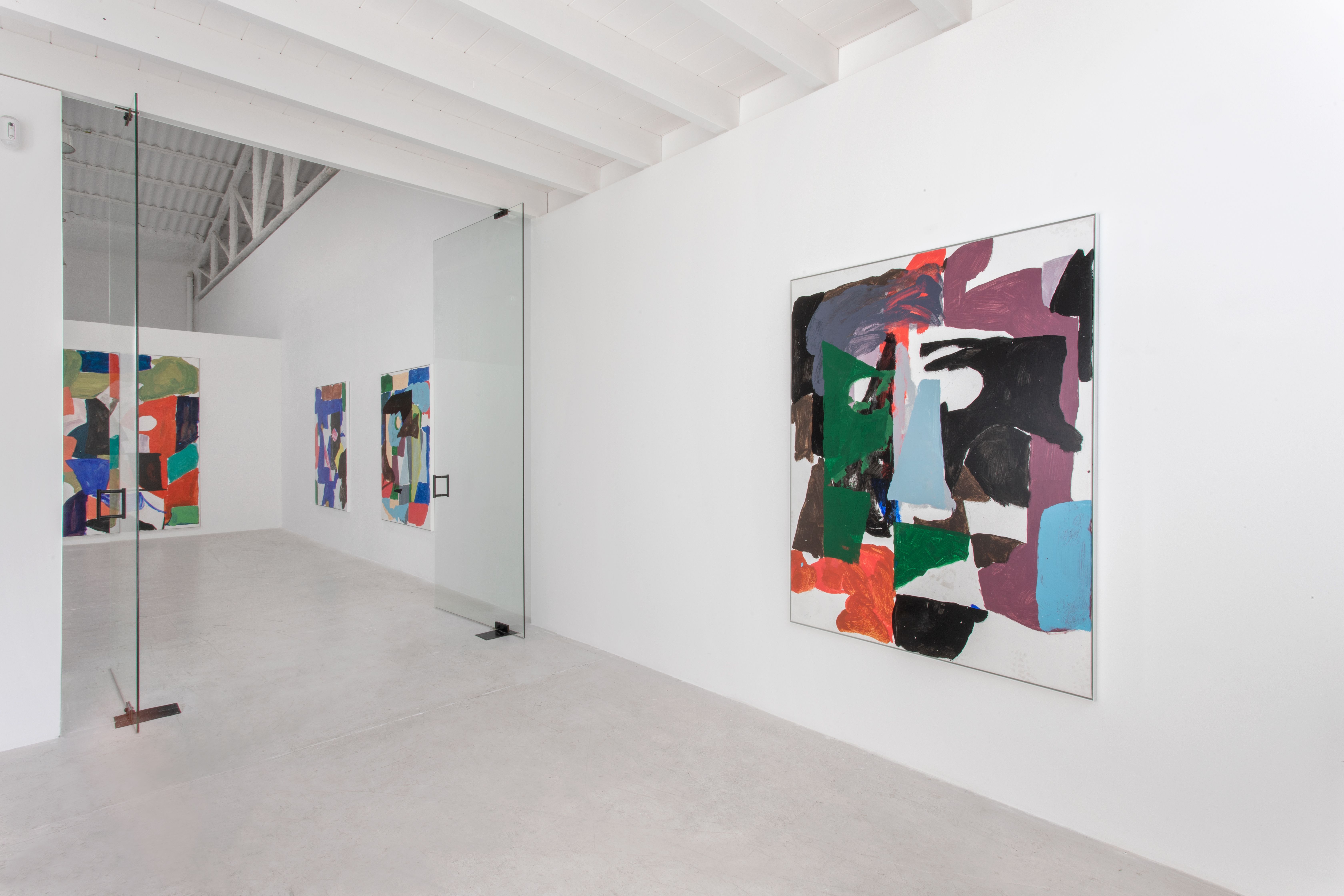 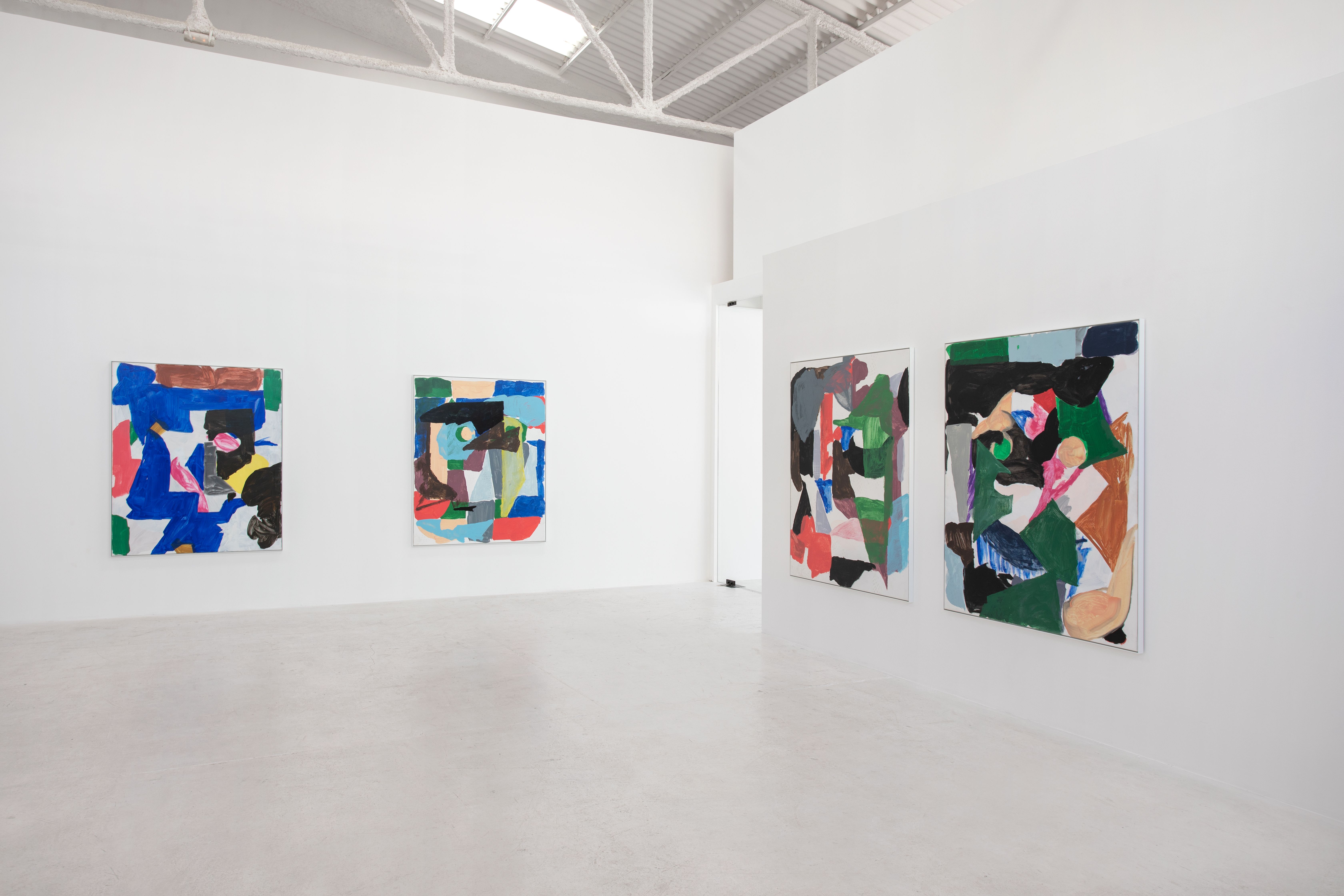 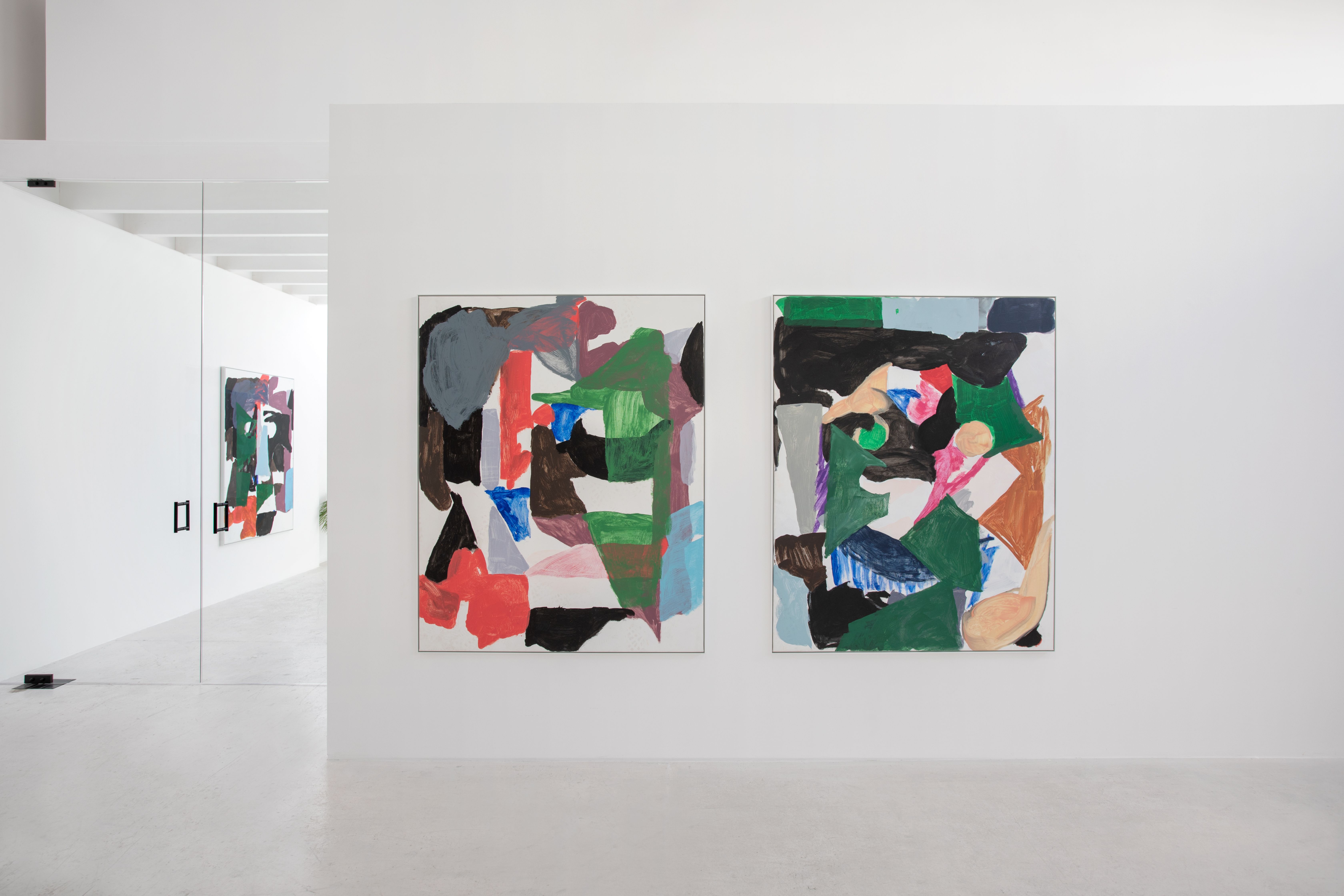 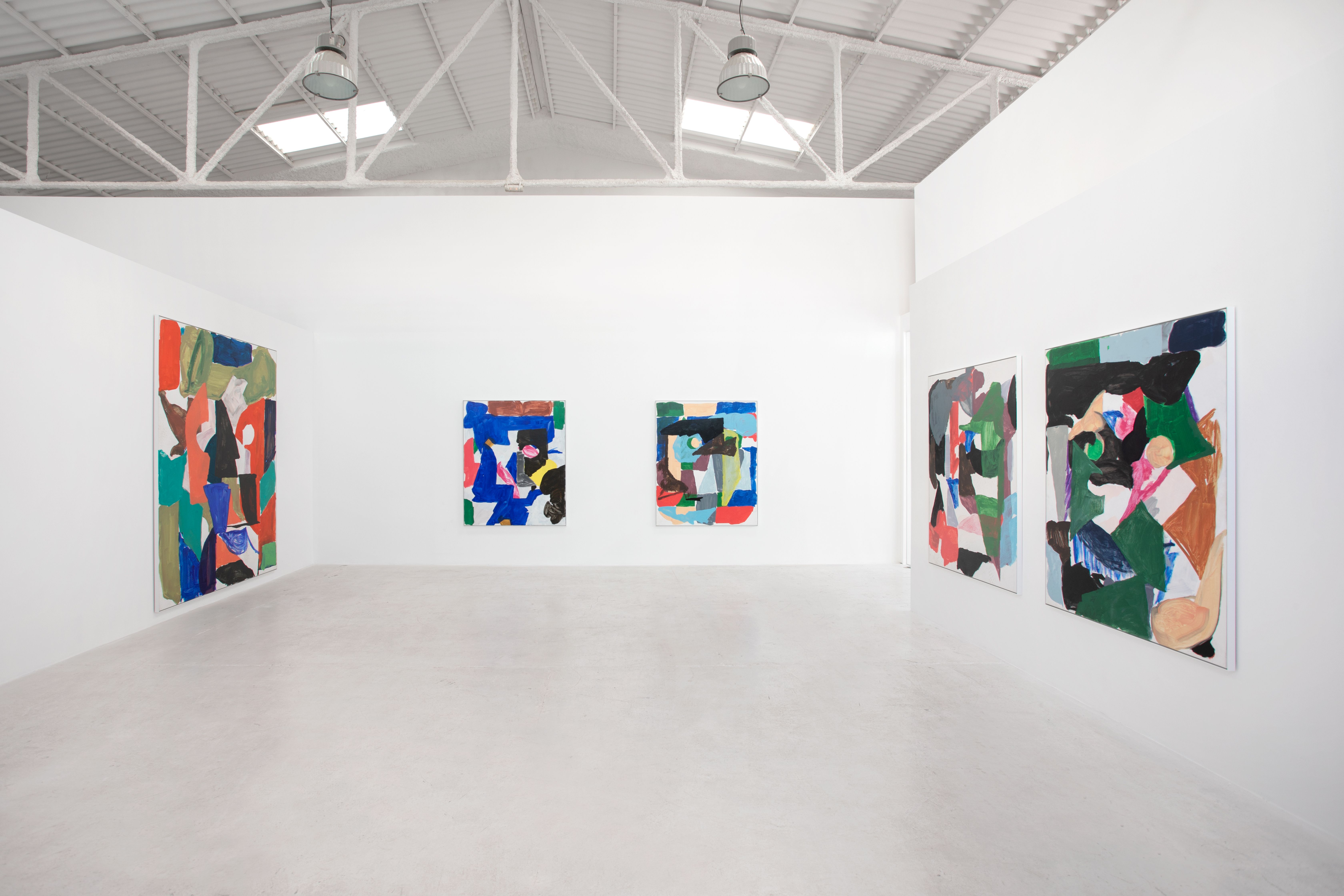 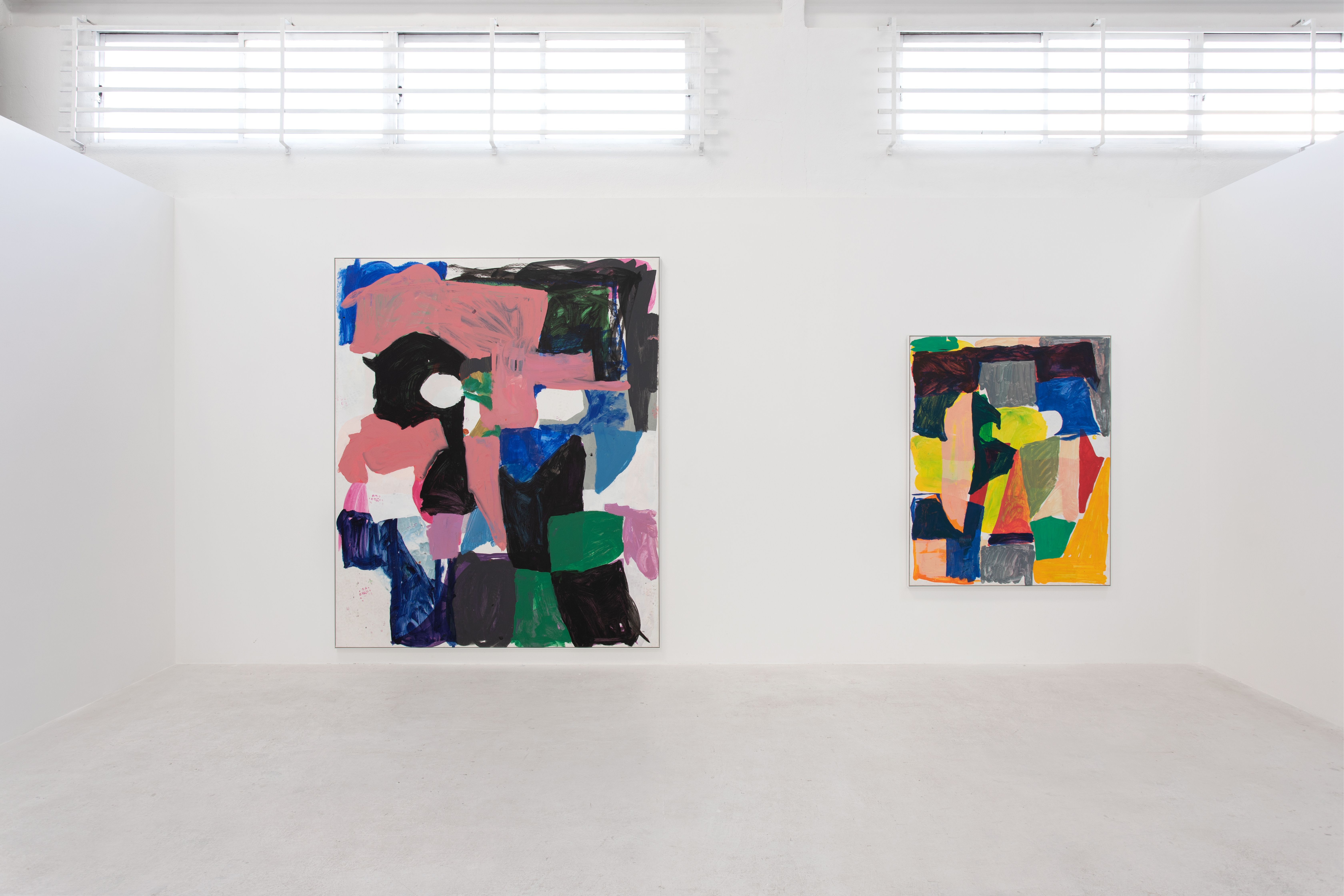