A new urgency is present in Judy Watson’s memory scars, dreams and gardens. The idyllic yet dystopian title is telling of the artist’s trepidation over the past few months, conjuring memories of the macabre and eccentric 1994 non-fiction Midnight in the Garden of Good and Evil. Our shared homeland has suffered the ravages of drought, fire and the contamination and salination of precious waterways. Purposeful or accidental destruction of cultural sites and loss of species are by- products of expanding commercial industry. This has sat heavily with Watson. While her home in Brisbane has only been moderately affected by global pandemic COVID-19 – especially in comparison with our southern neighbours – the feelings of unease from the current state of affairs are universally shared.

With matrilineal Waanyi ancestry, Watson’s artistic practice is centred in truth telling and ever informed by the archives that she mines. As observed by senior curator Hetti Perkins in a recent conversation with Judy Watson, her practice is “deeply personal, observational” and holds “simultaneously expression of the global ‘big picture’ and personal ‘small picture’”. In the case of this body of work, the sentiment rings true. Rather than facing back into history – including researching evidence of massacres, and identifying historic cultural objects held in the bowels of overseas institutions – this body of work is rooted in her observations of the present. In Watson’s words, the works embody:

Watson herself is a collector; of detritus, maps, foliage and graphs, gathered from her wanderings through her garden, around the studio, along the Brisbane River, and from her travels north to the Sunshine Coast and east across the bay to Minjerribah (North Stradbroke Island), and digitally from the news and current affairs. These collections have influenced her work in more than just their physical presence.

Memory, and in particular, the scars left by memory, are an ongoing fascination in Watson’s practice. Cyanotypes are developed using the memory of light and shadows licking at its surface, retaining the silhouettes of a stone knife, netting and vegetation; her canvases have been “flayed, danced on, [and] with impressions of nets and other materials, leakages pushed through the weft and weave of the material”; and boards, whose indigo dye has seeped into the crevices between the pressed debris, amplify the murmurs of unnamed Aboriginal people throughout history: “the indigo, like a blueprint, a carbon memory shroud for these lives lost.”

Crisp and pointed lines – many in the shade of drying pools of red oxide – puncture melodic indigo and ochre grounds; a distinctive feature of Watson’s tactile paintings. The horizontal line-work sometimes violently slices the linen with their barbed spikes, meandering lines and repetitive columns. These “memory scars are also like sound waves when they are recorded, or the lines of data recorded in hospital instruments: signs of life”. Sourced from digital COVID-19 graphs, financial figures, and health updates, the ominous red lines puncture the surface with a steady heartbeat. Some of these linear disruptions have even been “pierced and repaired” with hundreds of painstakingly handstitched threads. For Watson, they are symbolic of our shared experiences of isolation, confinement and anxiety. However, the cathartic rhythm in the stitching acts as a tool to mend these wounds, bringing people together with the labour being shared among Watson and her close friends and family.

Like a memory from her own practice, the bodily performance of stitching has only made a handful of appearances over the decades. What becomes apparent is that the overt physical reminder of the human body within the works – the hundreds of tiny interruptions and punctures on the surface of the paintings, held together by thread – are present in paintings where the body is threatened, or placed in imminent danger.

Layered within the works are evidence of Watson’s collections; ominously large hardware, bolts and metal debris floating in the “blue of memory”, as Watson muses, with their fibrous counterparts – cotton tree leaves, hair string and the malevolently beautiful coronavirus particle, scaled at hundreds of thousands of times larger than life. The indigo and ochre pigments used to create these ghostly apparitions have their own drawn out and complex lives. Made from the earth, their particle composition has been nourished from local nutrients; and their historic harvesting and trade lends to the depth that Watson ensures is imbued in her practice.

Like the closing of a wound, the works simultaneously engulf the artist’s immediate concerns and the shared trauma of national and international events beyond our control. In Locard’s Exchange Principle, “every contact leaves a trace” and in the case of Judy Watson’s work her memories and experiences have become impregnable to her artistic practice, with ‘memory scars, dreams and gardens’ alluding to this sinister time that we’ve found ourselves in.

Katina Davidson is the A/Curator, Indigenous Australian Art, Queensland Art Gallery | Gallery of Modern Art. Judy Watson is a Brisbane-based Indigenous artist whose matrilineal family is from Waanyi Country in north-west Queensland. Watson engages with site, collections and archives, and collective memory to reveal the impact of colonial history and discrimination against Aboriginal people, and to celebrate the strength of Aboriginal cultural practice. Working across painting, printmaking, artist books, drawing, video, sculpture and public art, she has exhibited extensively in Australia and overseas. Judy Watson co-represented Australia at the Venice Biennale in 1997. 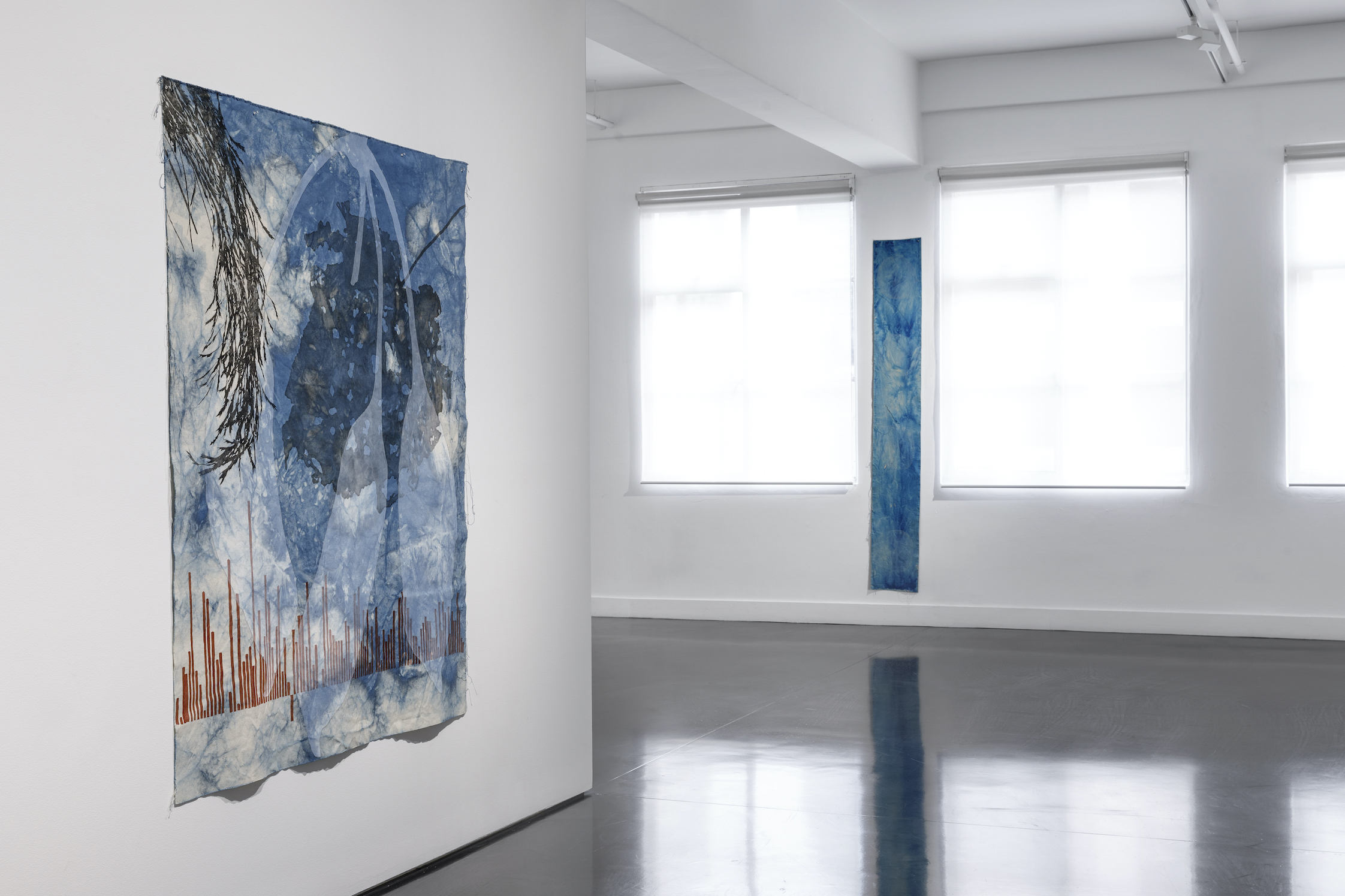 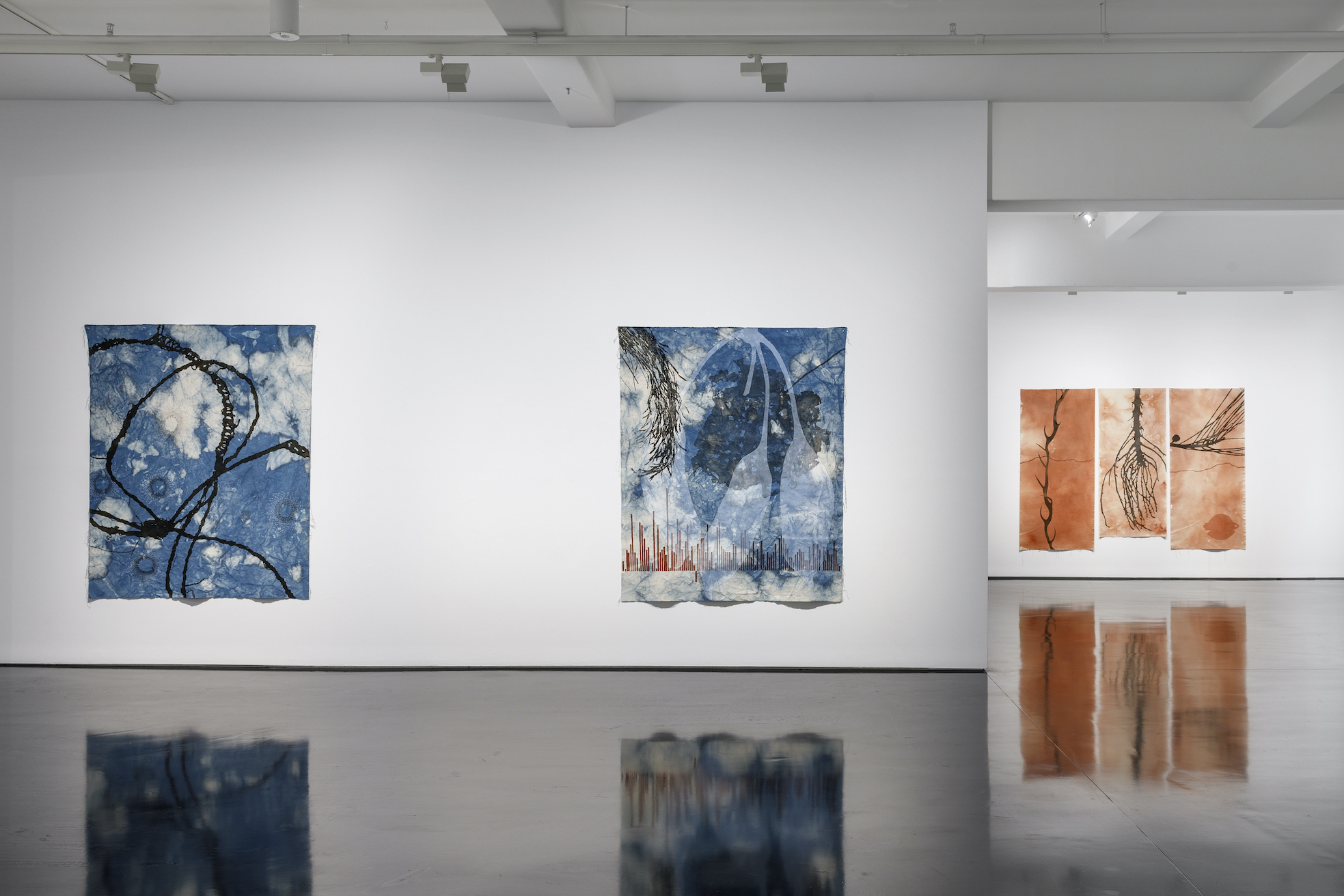 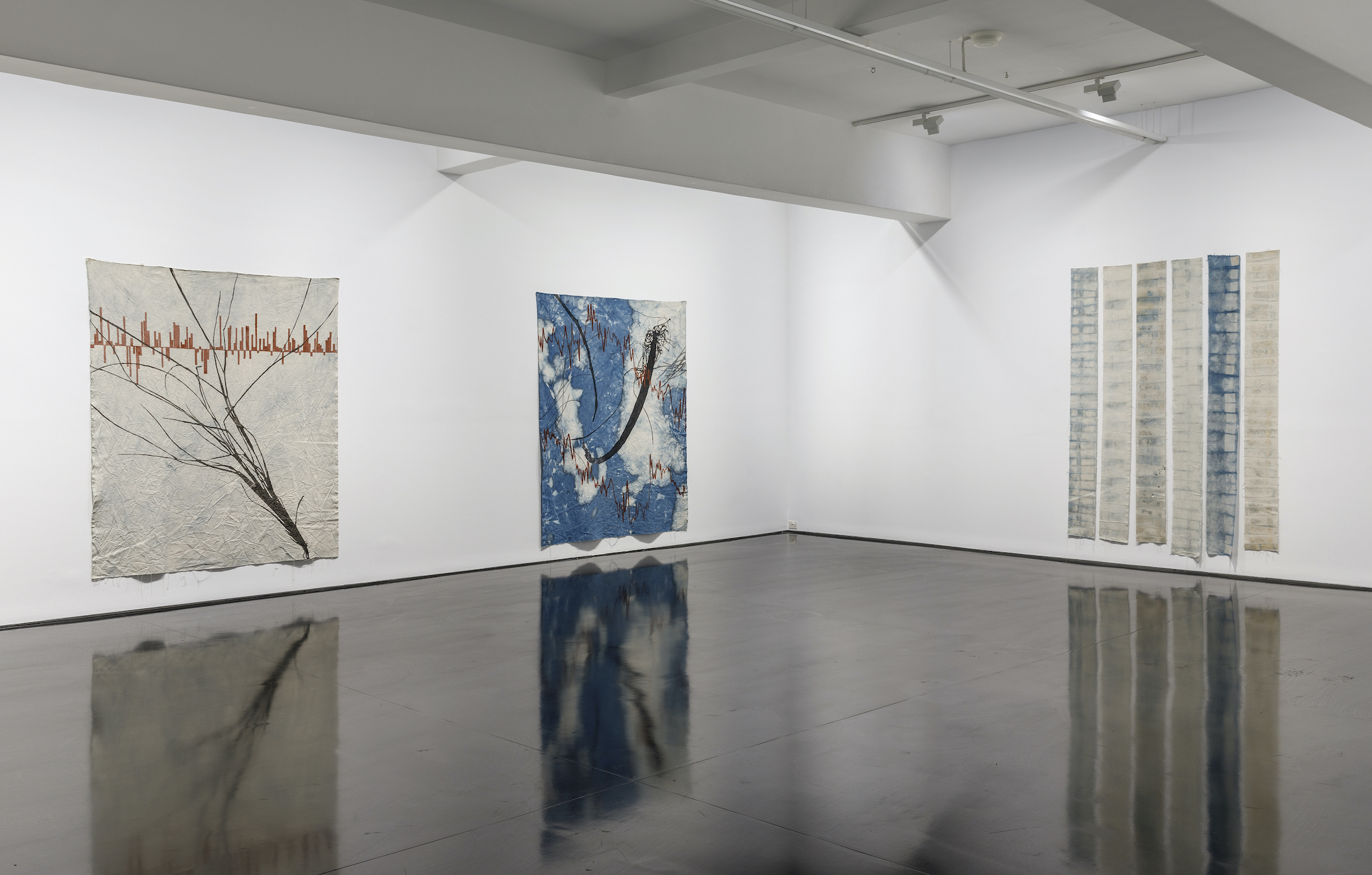 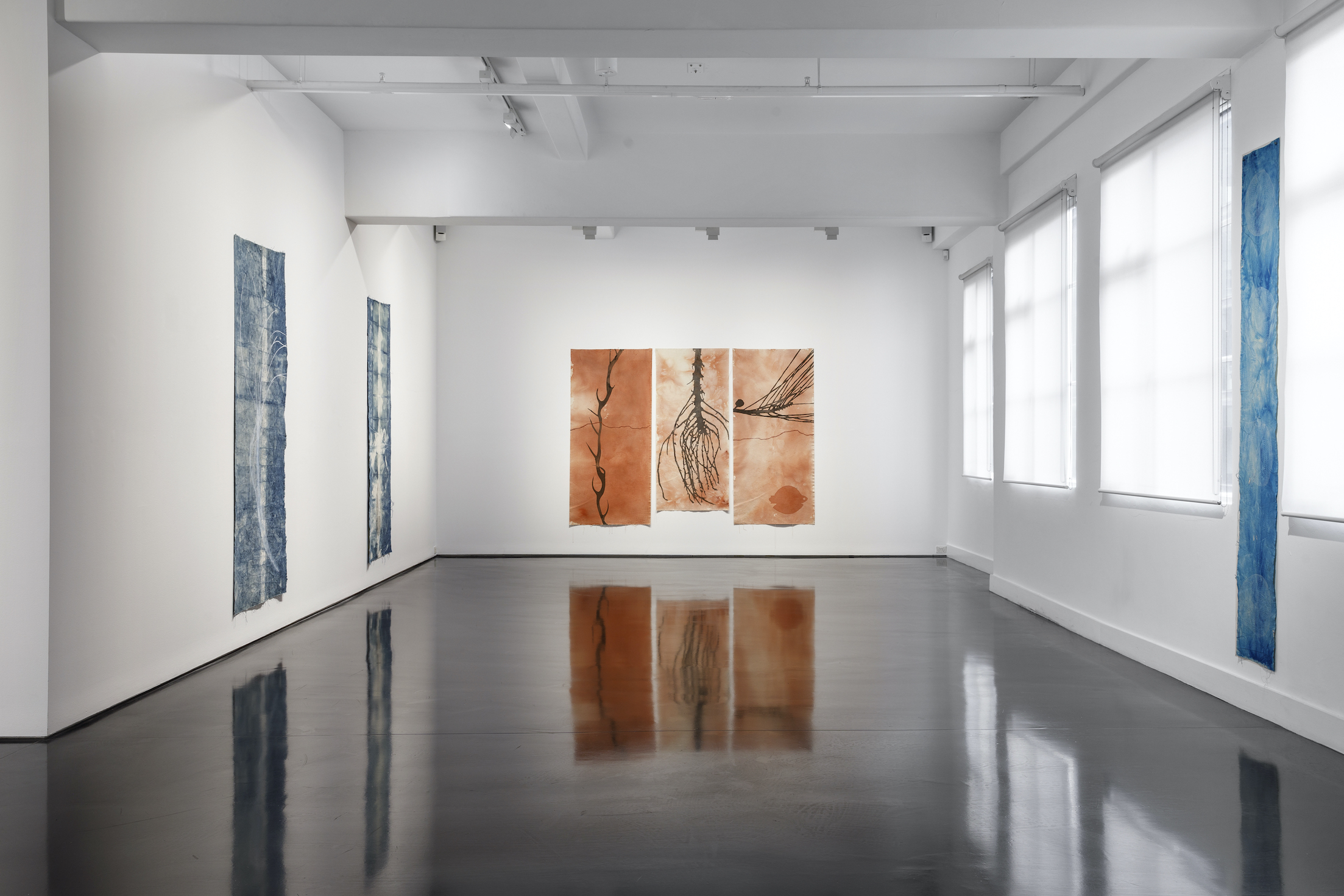 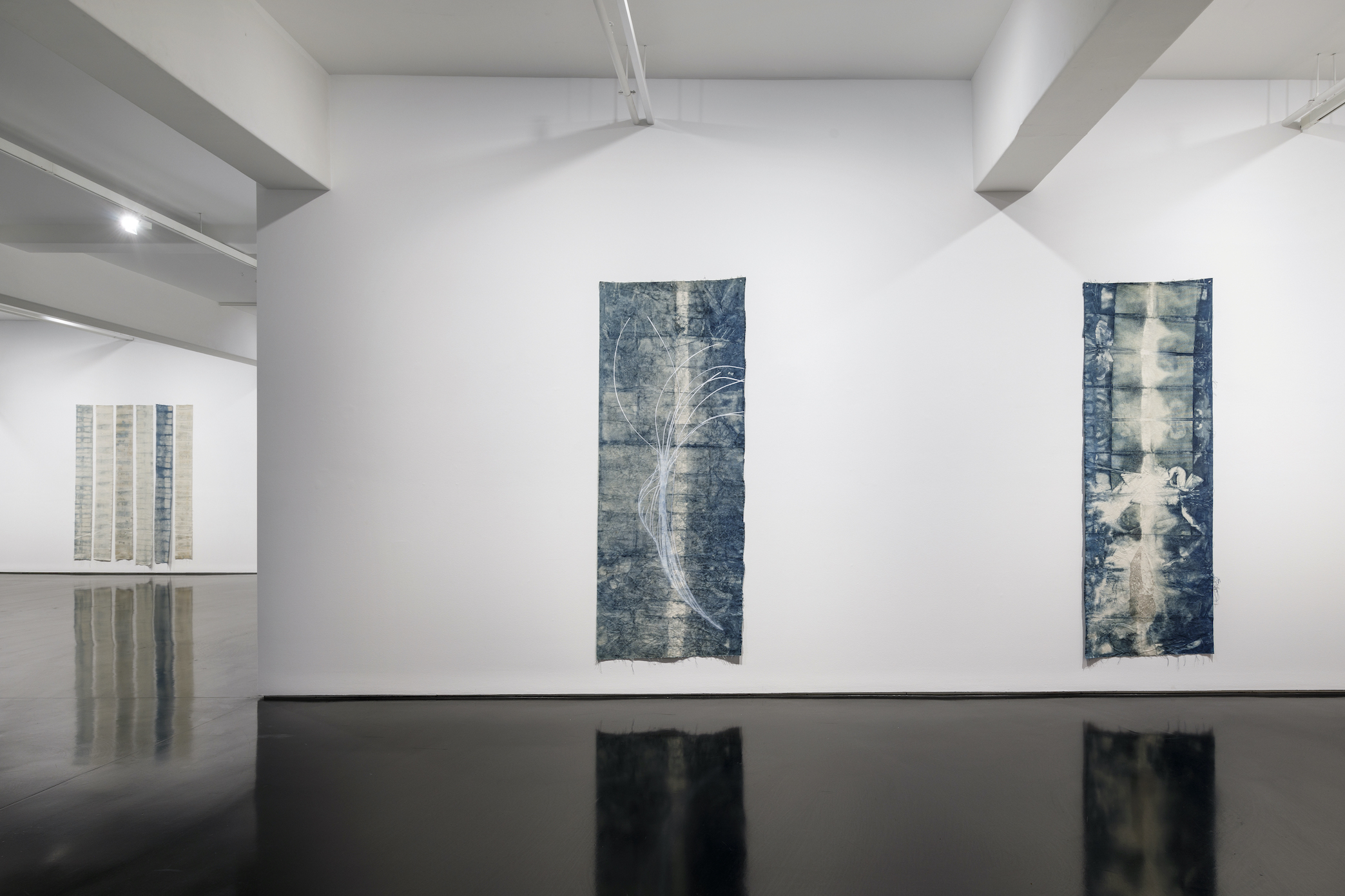 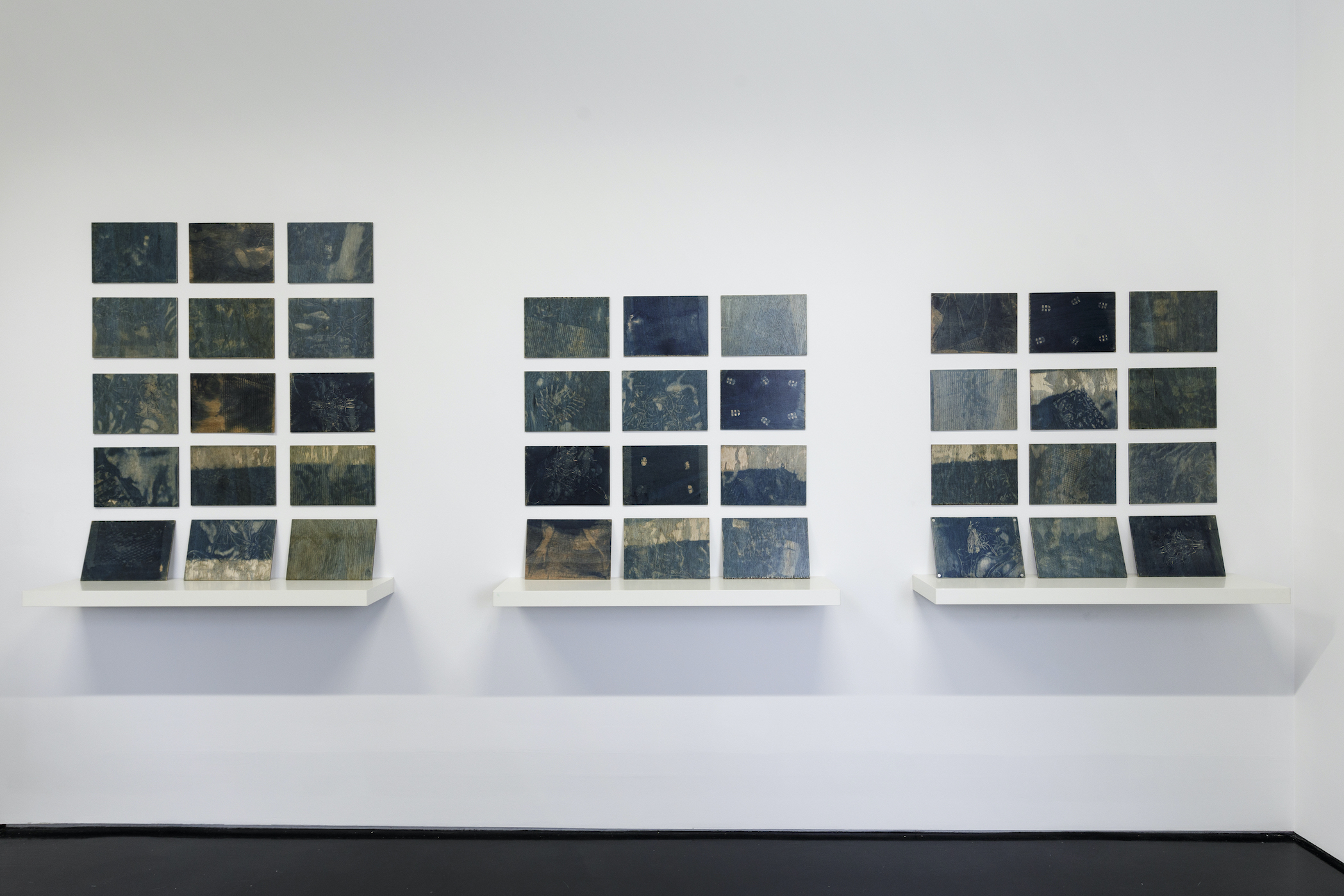 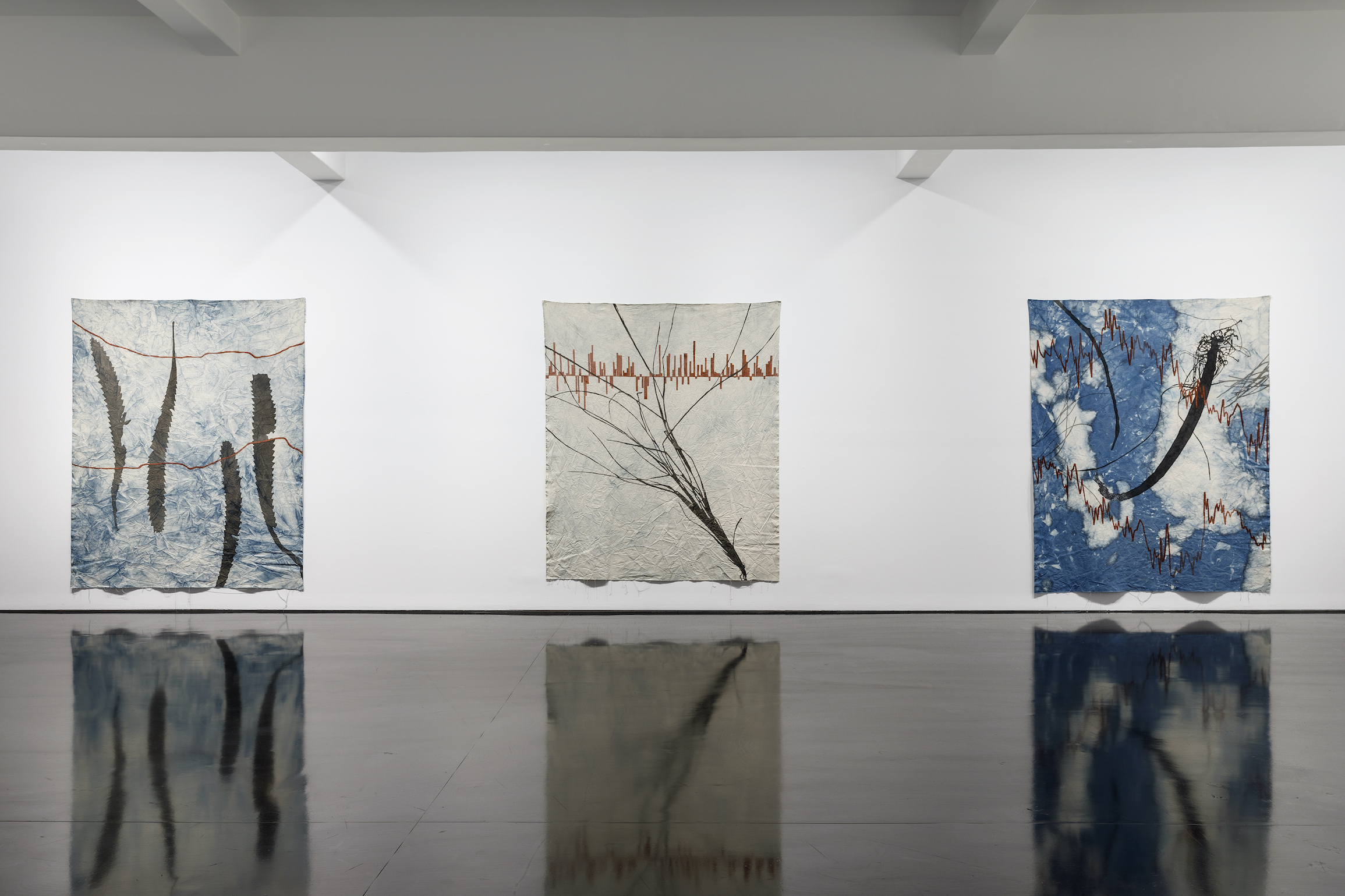 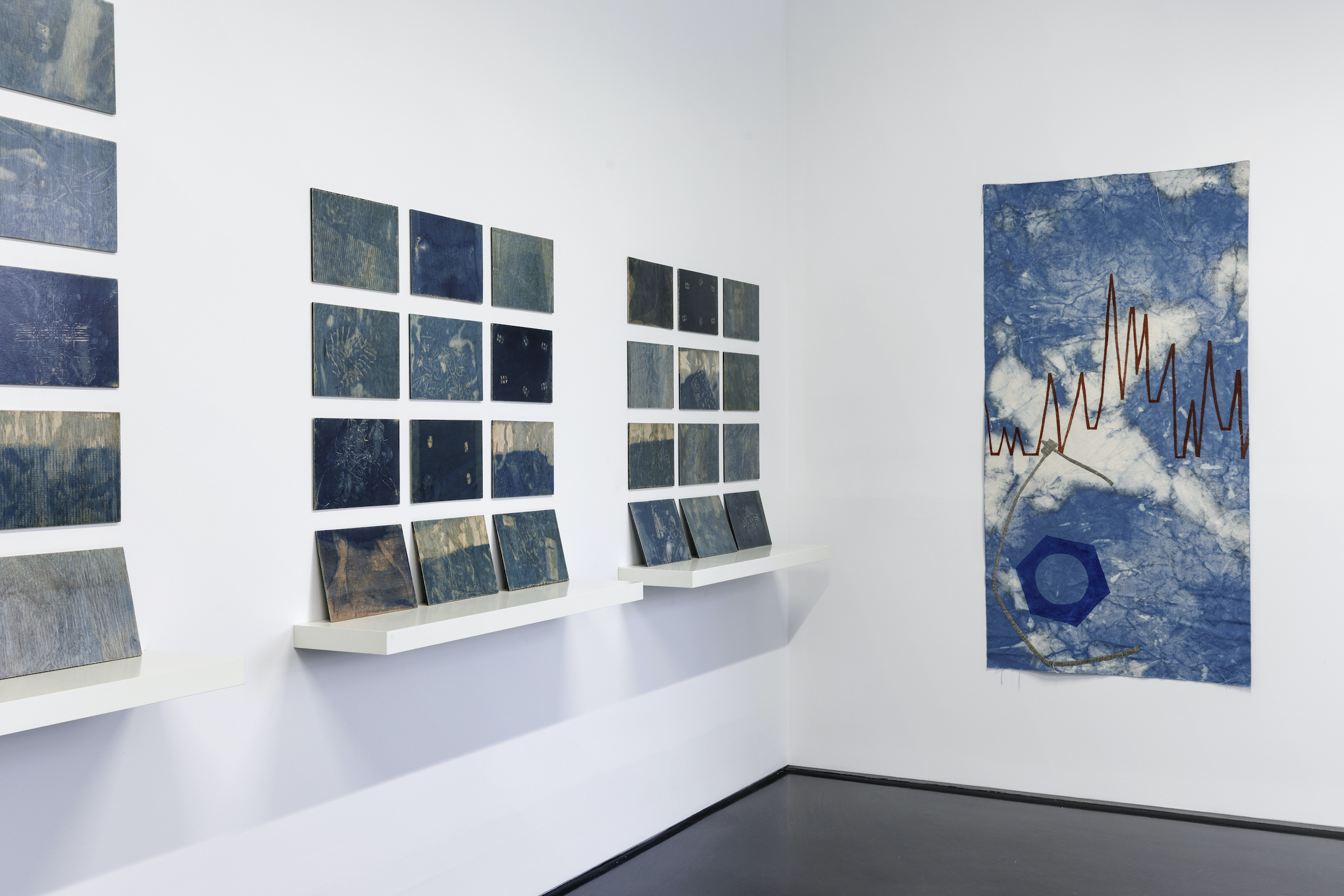