...the hollowed-out, joking-but-not-joking, serious-but-not-serious rhetorical modes of the internet: the pearl clutching and trolling and histrionic virtue signalling and the pancaking of irony and sincerity into the transparent membrane of the touchscreen....no one has so clearly pointed to the affinities between painting and the emotional conditions of the digital subject as Humphries has. - Lloyd Wise, “Feelings Aren’t Facts,” Artforum (Summer 2019)

Galerie Gisela Capitain is pleased to present Jacqueline Humphries’ second solo exhibition with the gallery. Over the past four decades, Humphries has developed her practice through rigorous examination of the history of painting and its adaptation to new technologies, particularly in discourses surrounding contemporary digital and screen culture. In this exhibition, Humphries brings together three distinct bodies of work paintings, drawings, and cast objects that each uniquely builds upon the dialogues between technology and contemporary viewing experiences. manipulating the individual qualities of each medium, Humphries explores the particular windows they provide into her ongoing investigation of gesture, authenticity, and perception.

In her paintings, Humphries juxtaposes traditional brushstroke and stencil-mediated application, intelligently layering her canvases with continuous shifts in motion, direction, and technique. Since 2014, she has used ASCII (an early image encoding system that dates back to the 1960s, a deliberately outdated technology) to translate earlier paintings into stencilled grids of typographical marks, through which she then pushes paint onto her canvas. MMNddy+ (2020) exemplifies this technique. Other paintings on view build a similar surface texture and perceptual complexity but take as their point of reference digitally enlarged images of white noise, a visual realization of both chance and uniformity, and a trope of developing television culture and innovative video art of the 1960s and 1970s. Beneath or atop this stencilled application, Humphries incorporates other stencilled marks and freehand gestures, building a tension between larger shapes and the meticulous detail of the grid. The development of one such form, the emoji and emoticon that Humphries has layered with these grids since 2014 can be seen across the paintings on view: Untitled (2020) features half of a rudimentary, line-drawn happy face; a standard typographic emoticon sits in the centre of :) (2020), as well as a new generation emoji, also seen enlarged in two other works. Here, Humphries used a handheld, portable inkjet printer to create the image, which she then enlarged on a computer and cut into a stencil, a process that produces a heavily degraded, sometimes almost unrecognisable, emoji.

Emojis in numerous configurations also feature significantly in the drawings on view, which present a distinct freedom and playfulness. In drawing, a place of experimentation in composition and gesture for Humphries, she works with fewer layers, focusing on specific marks and how they interact with one another. There’s a sense of quickness; a less controlled, excited energy; an openness for new shapes and forms to emerge. For Humphries, drawing is not for planning, but for thinking.

The final body of work on view, Humphries’ so-called protest signs, are cast in resin from found cardboard and pieces of wood. Part sculpture and part painting, Humphries incorporates pigment into the resin itself before making the casts. She then applies additional painted marks on their “signs” and “posts.” contemplating her position as an artist that uses self-appropriative methods processing earlier works and imagery in examination of our collective contemporary moment, with these signs Humphries questions the agency of paining, and art more generally. Protest signs depend upon clear and pointed expression of opinions. What statement can painting make? And how does it communicate? 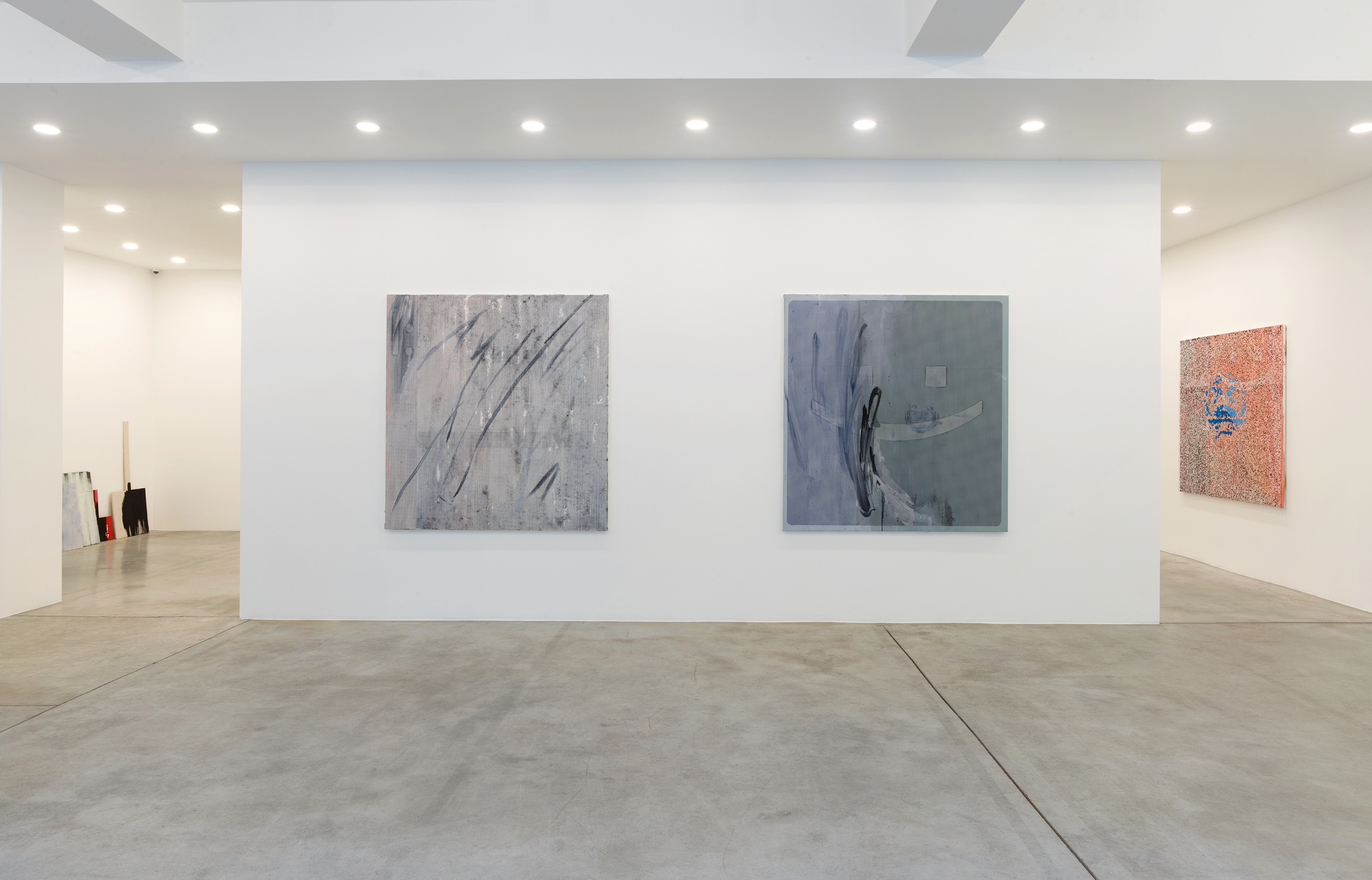 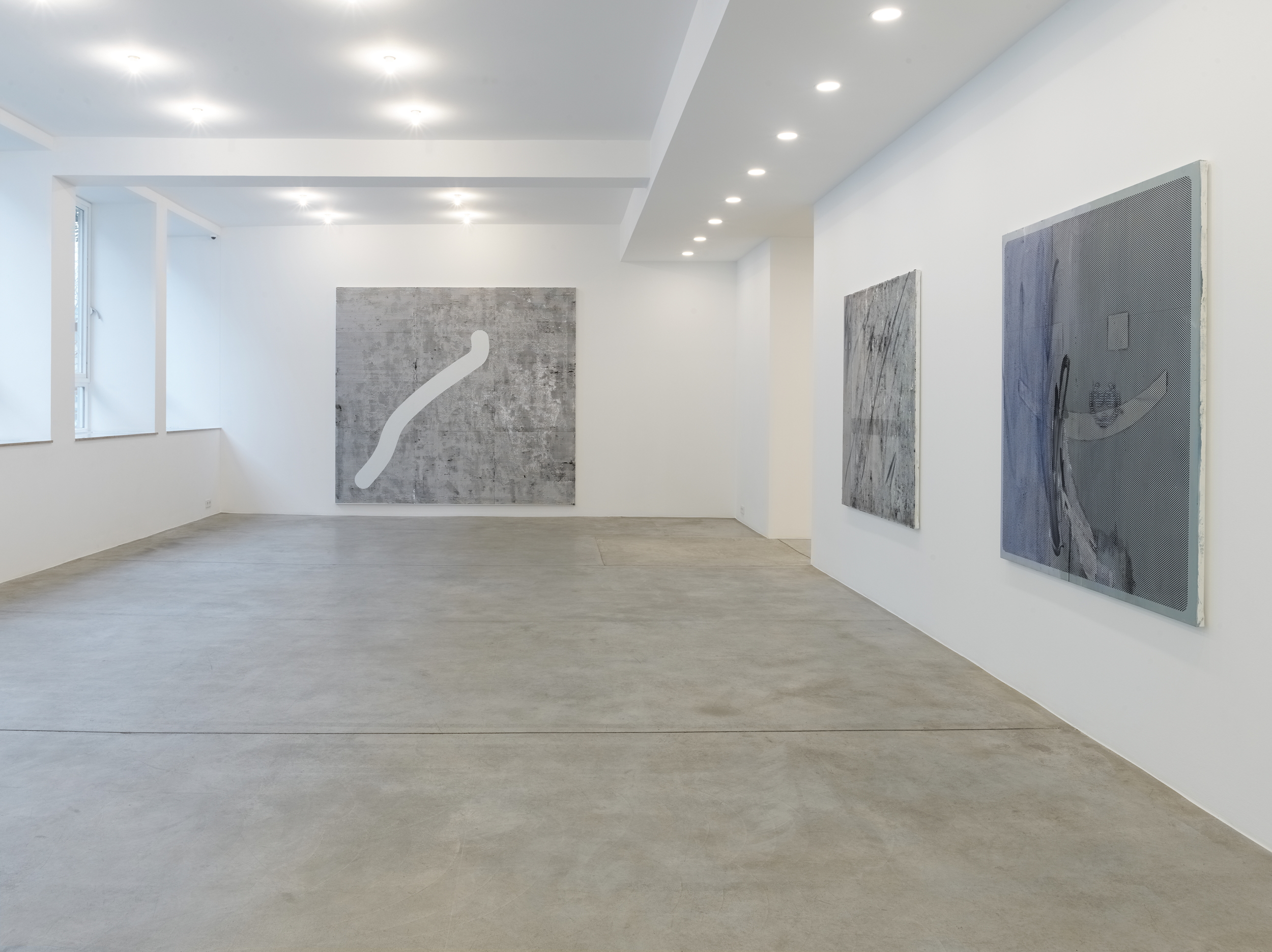 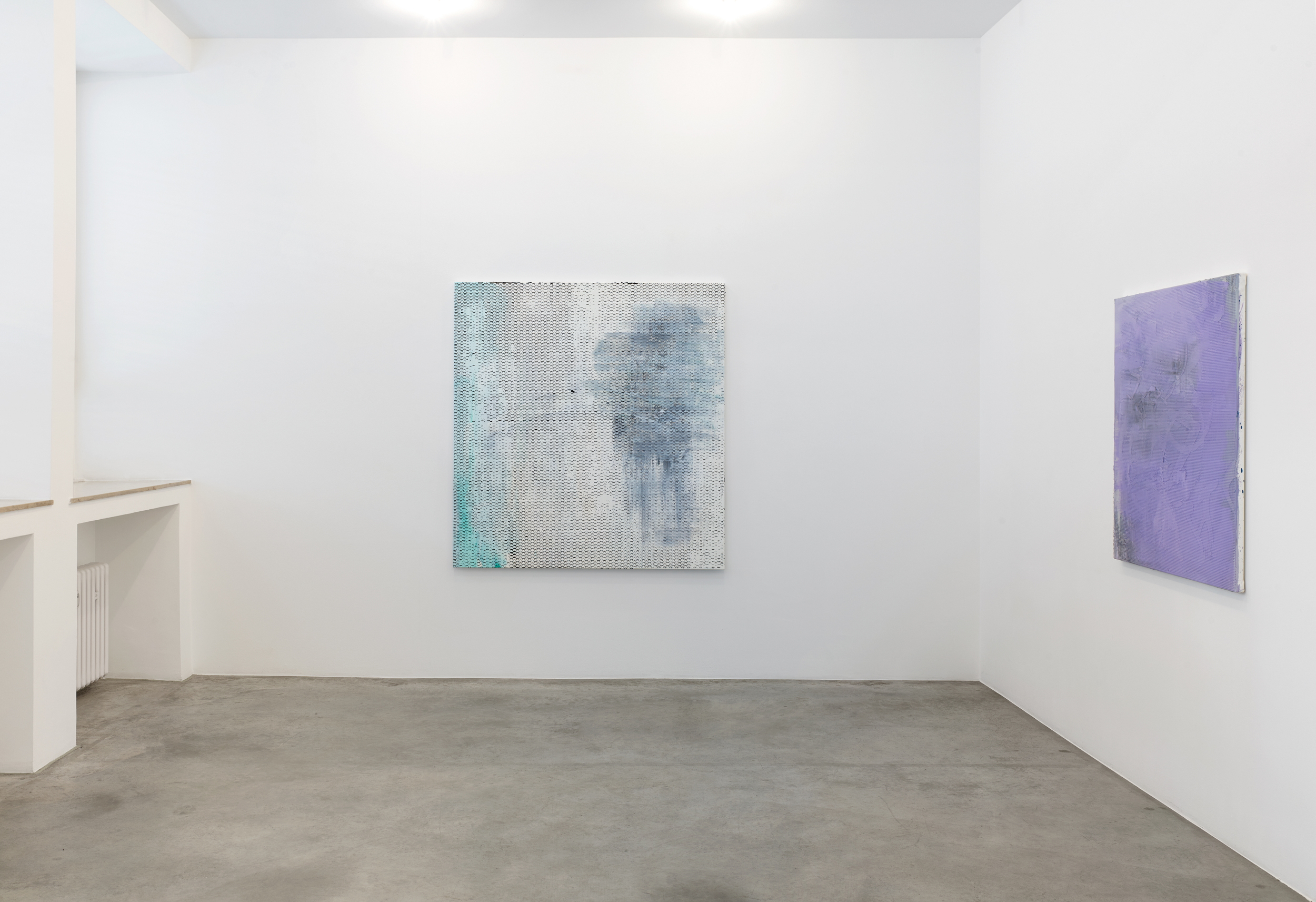 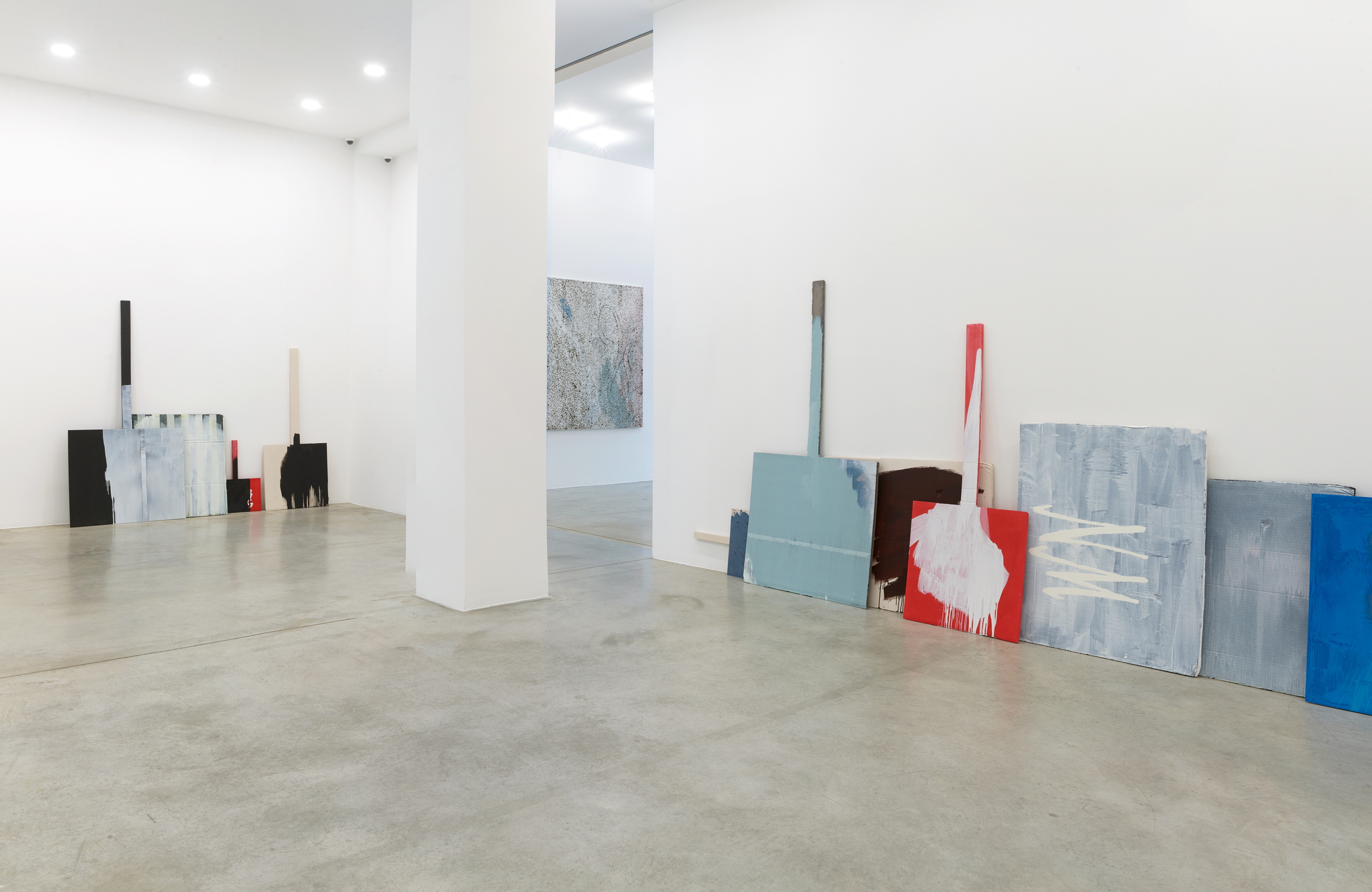 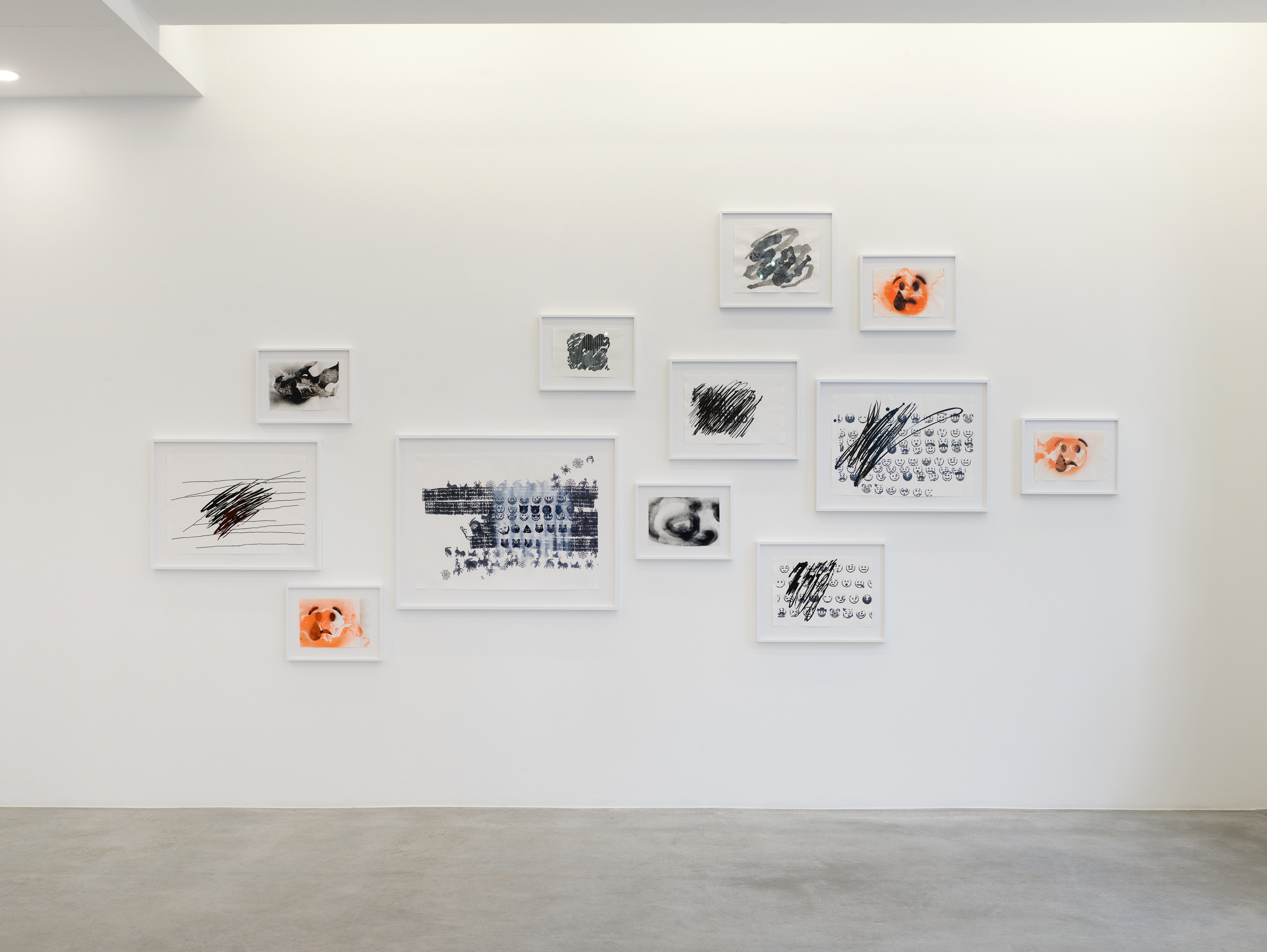 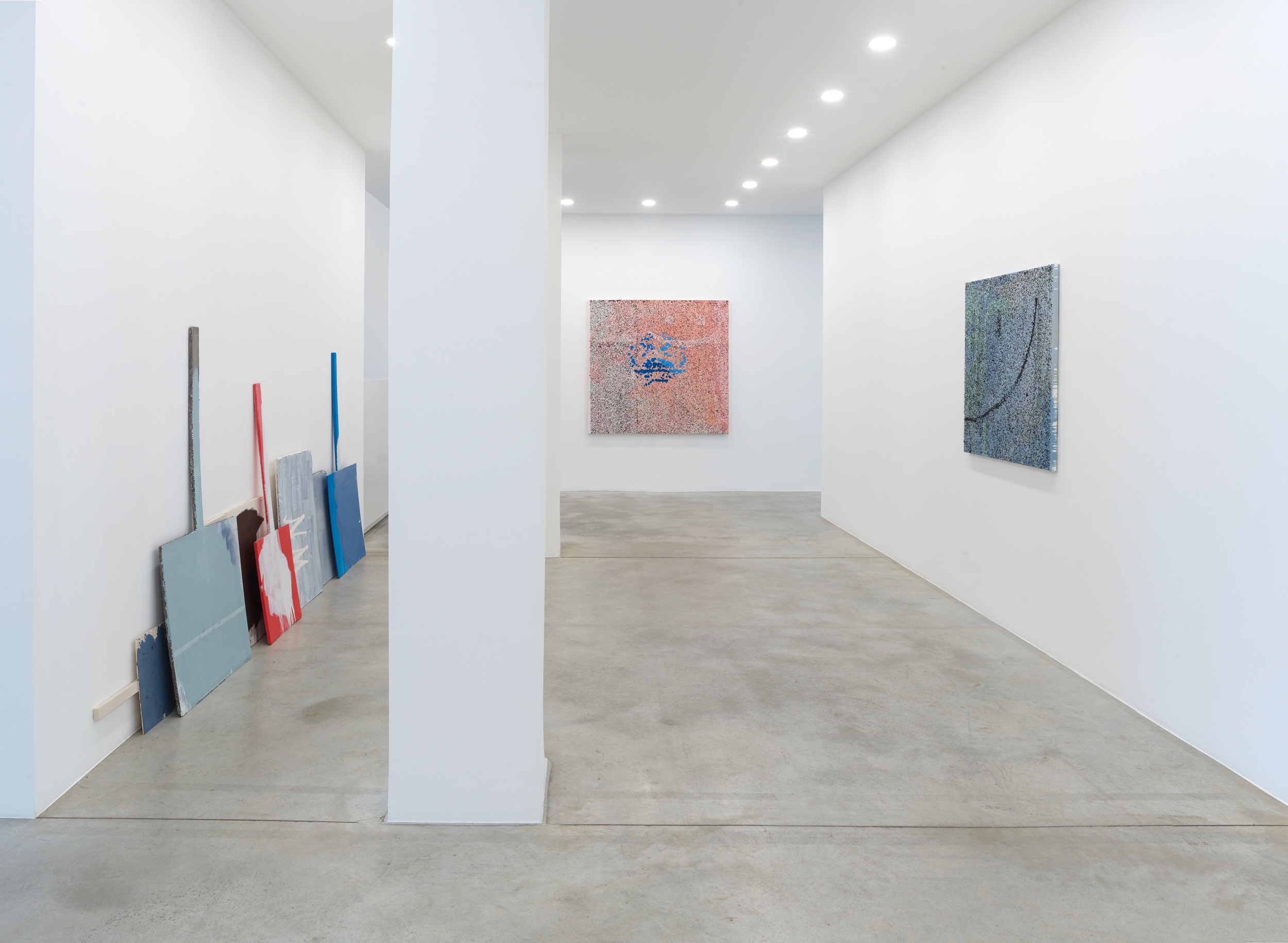 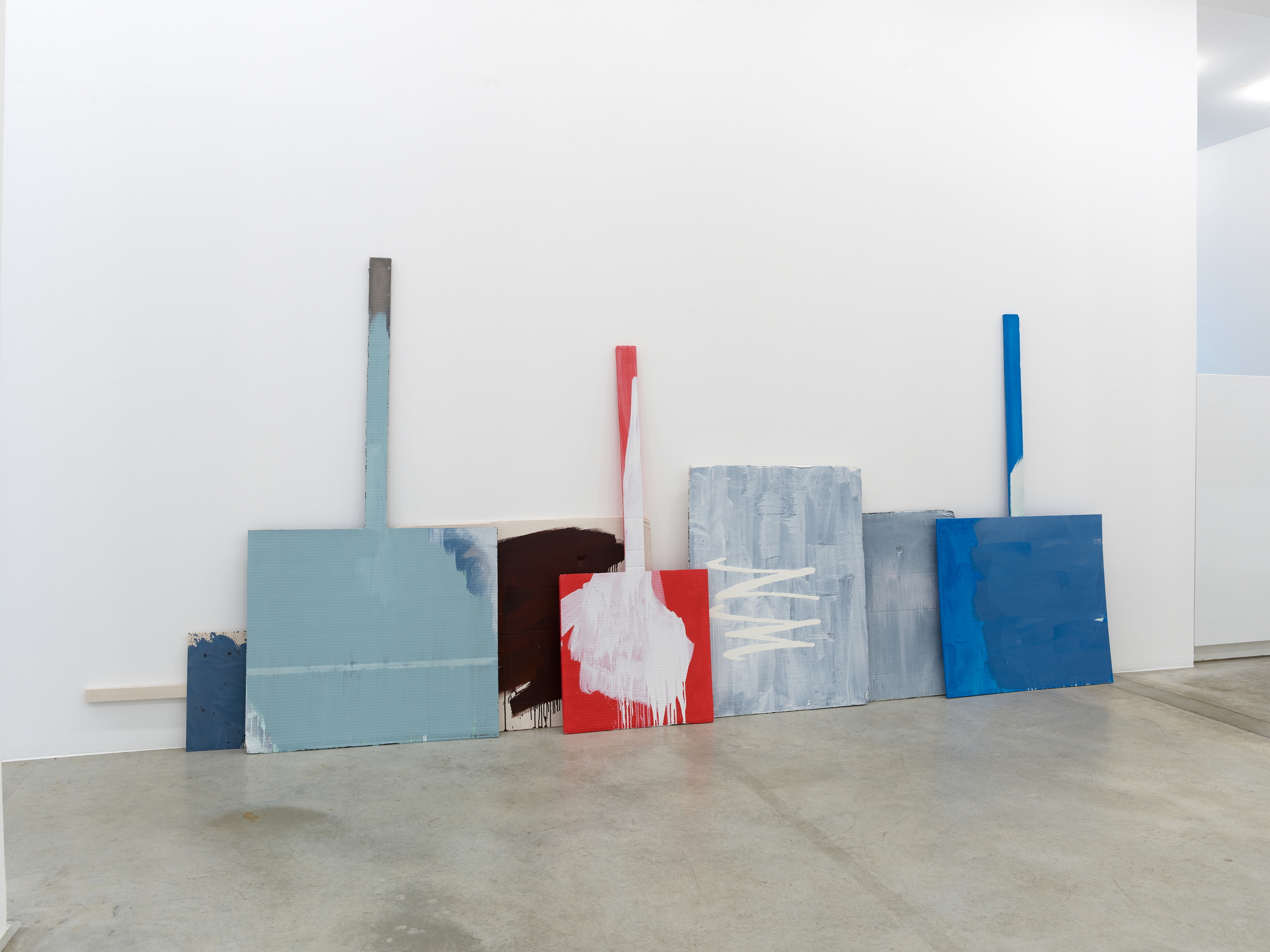 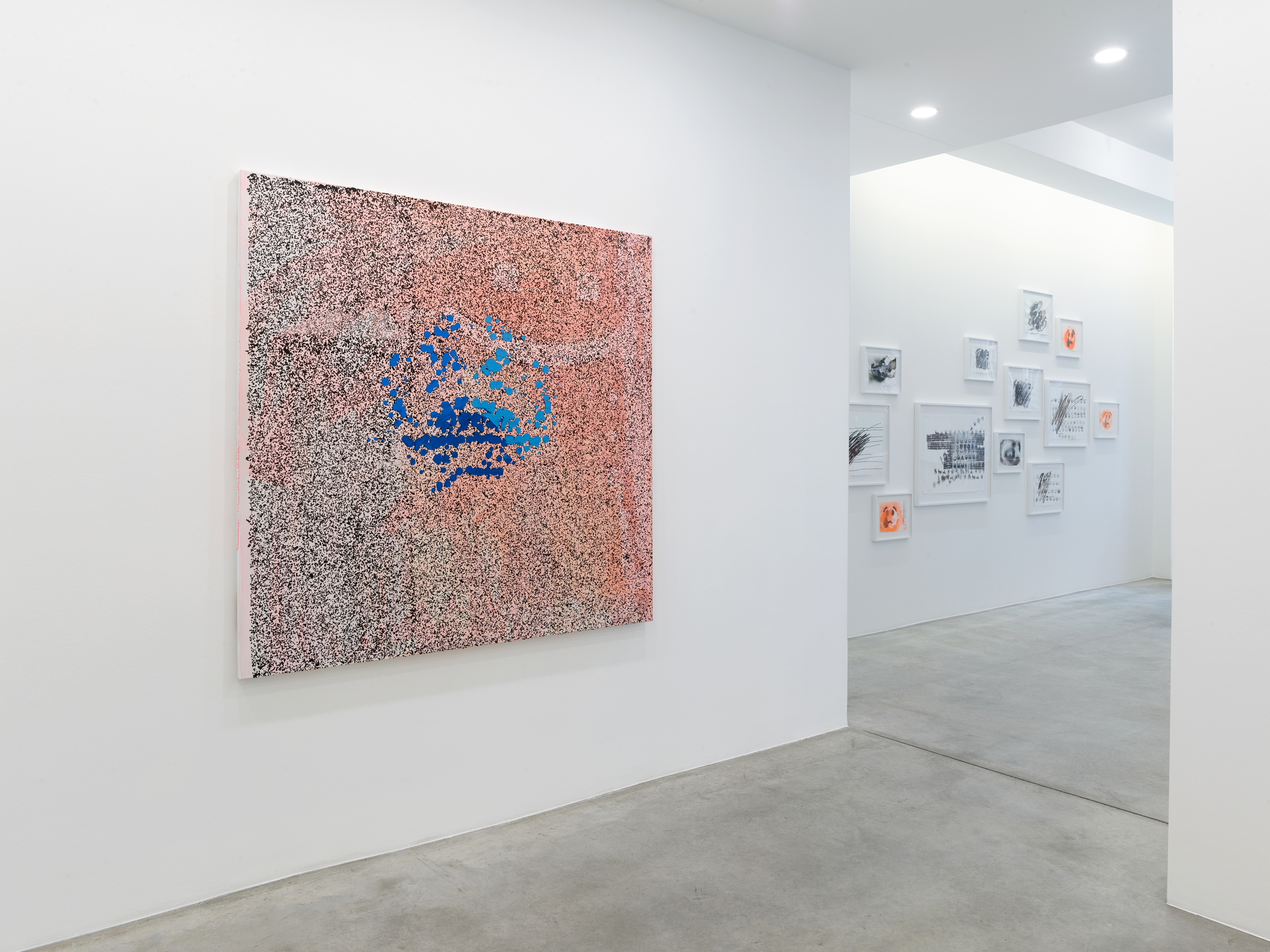