A body remains in confession

Purify me in your becoming-water

Kunsthalle Lissabon presents Ressurreição, a solo show by the Paris-based, Portuguese artist Inês Zenha. Starting from the understanding that even the most intimate habits and choices are conditioned by social constructions, Inês Zenha’s practice explores queer and gender politics and attempts to deconstruct these mores through the use of visual and conceptual metaphors that contrast the artificiality of such imposed principles with the spontaneity of those purely natural. This is the “resurrection” that the artist wishes for: the eternal possibility of transformation of a body, of an idea, of a society. In Kunsthalle Lissabon’s exhibition space, and through a large installation, specifically developed for the occasion, composed of elements such as tiles, clay sculptural elements and water features Zenha builds a personal sanctuary in which the celebration of a body in all its forms of both confrontation and liberation is center stage and becomes of paramount importance, embodied by the flow of water and the uncanny resilience of these corporal flowers. Upon entering the exhibition the visitor is welcomed by a monumental sculptural curtain. Made of a multitude of breast-shaped custom-made tiles, what appears to be a prelude to what is yet to come is actually a wall that needs to be destroyed metaphorically. A depersonalizing grid in which the chosen feminine token is repeated in an obsessive way, uniformed by a schematic gaze that too often only enhances their reproductive attributes and their role as commodities. The artist invites the visitor to go beyond this curtain to see what can really be hidden behind this mere simplification.

A small ecosystem, populated by plants and holes that come to life thanks to the water flowing around and through them, takes the visitor through an almost ritualistic cleansing. With the use of clay, the artist emphasises the importance of malleability, exploring both the organic transformation of a body and the future hybridizations that this material may and will encounter in the near future. Plants have an innate ability to adapt, adjust and regenerate themselves, “not just live in the world” as the philosopher Emanuele Coccia said “they constantly transform it, while being immersed in it. One could say that plant life is a constant and incessant act of self-design.”

The free self-design of oneself, free from the subjective corset of social constraints, is the basis of Zenha’s artistic and political research. Ressurreição is an ode to transformation, but simultaneously it is also a critical reflection on the mystification of purity which is more commonly associated with the concept of virginity than with that of freedom of expression. An unapologetic statement that grows strong and confident like Zenha’s sculptures, demonstrating to the viewer that prejudices reside in the eye of the beholder, and with a meticulous study they can always be questioned.

Inês Zenha (1995, Lisbon) lives and works between Paris and Lisbon. Their practice ranges a multitude of media, such as installation, painting, sculpture and ceramic, which are deployed as part of their ongoing research and reflection on the formal and conceptual queer representation of the body. A body burdened by hetero-patriarchal values, a body that strives to liberate itself and create a new ontology for itself. Recent works have been exploring issues surrounding identity, desire, vulnerability, and constantly evolving questions of power. 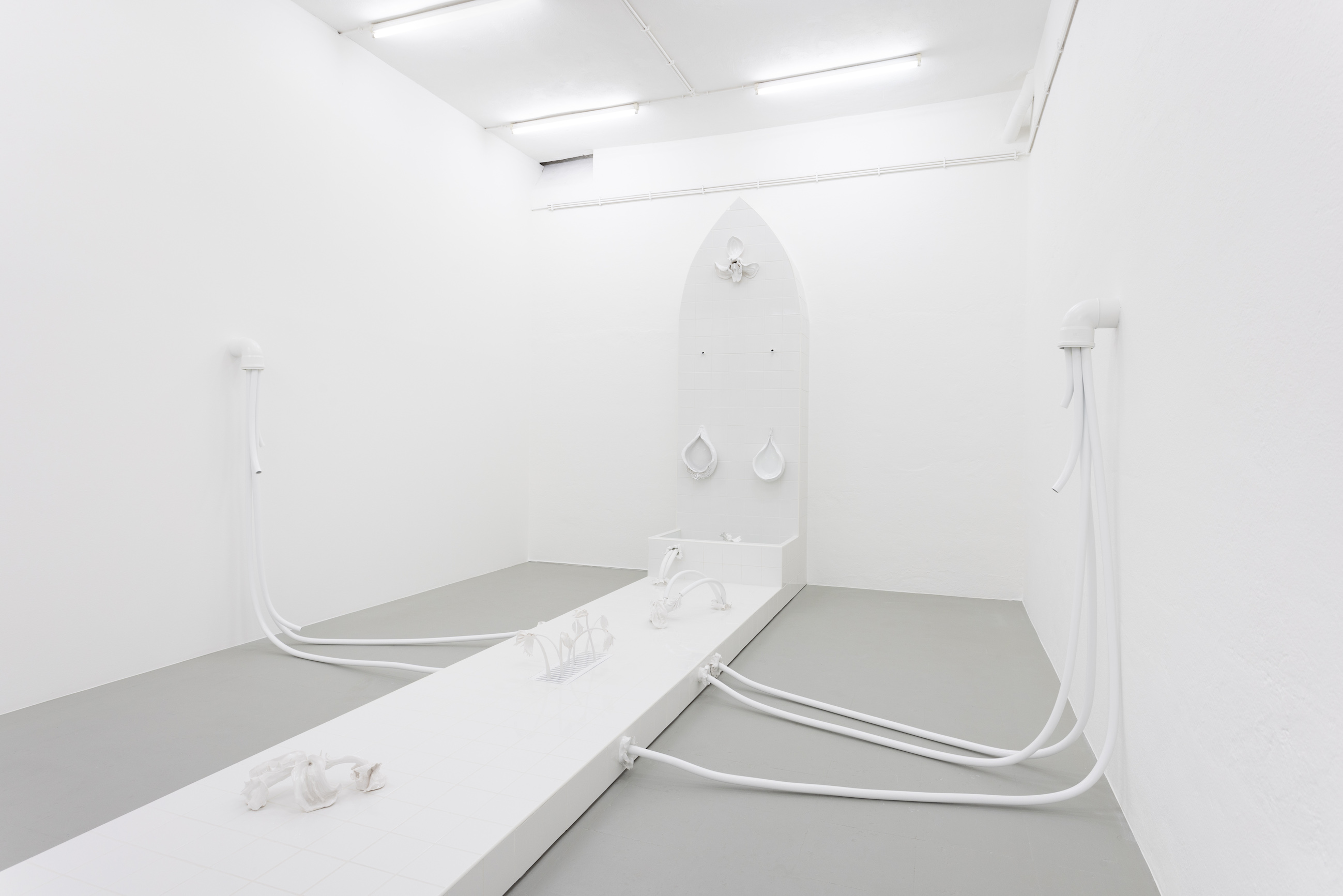 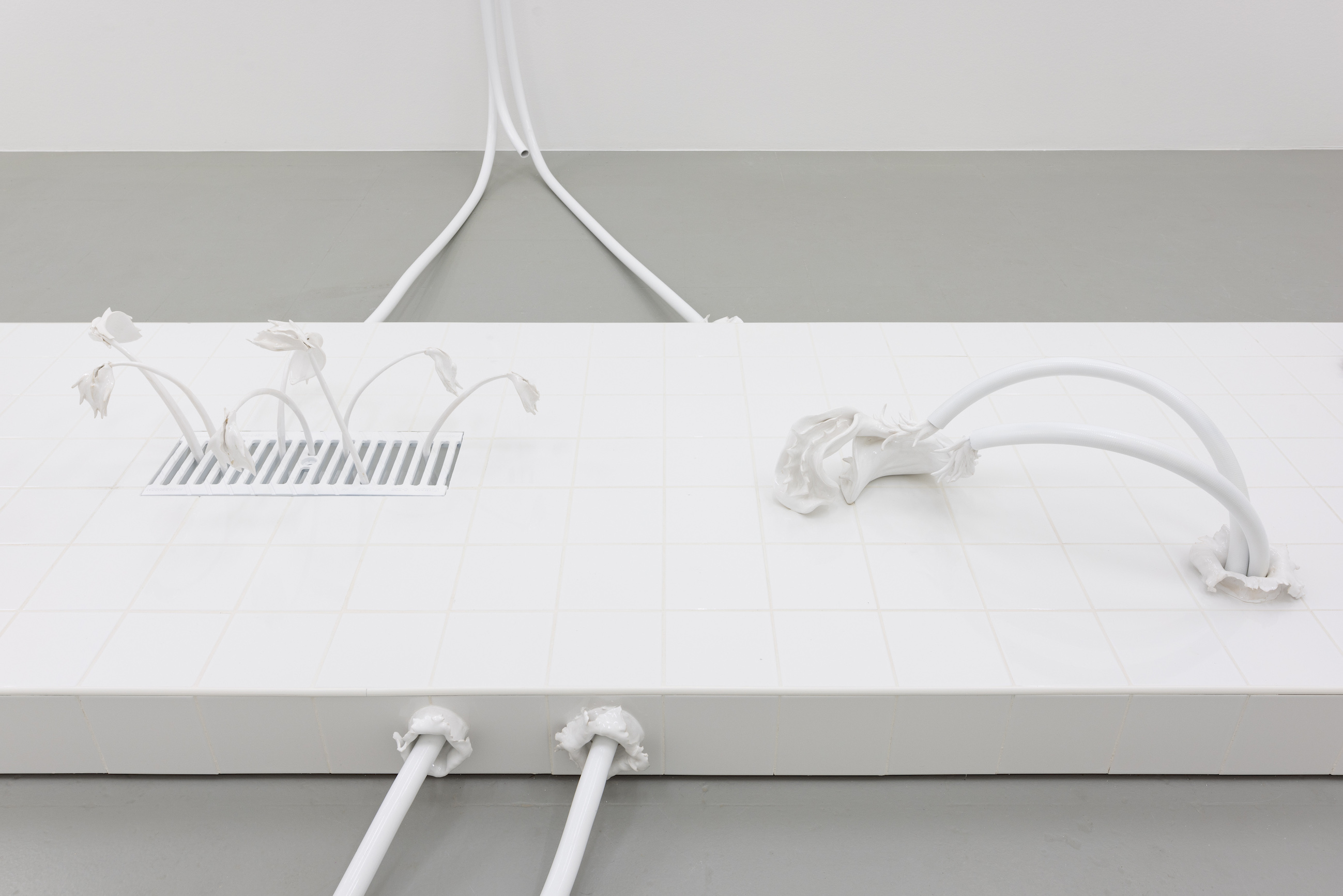 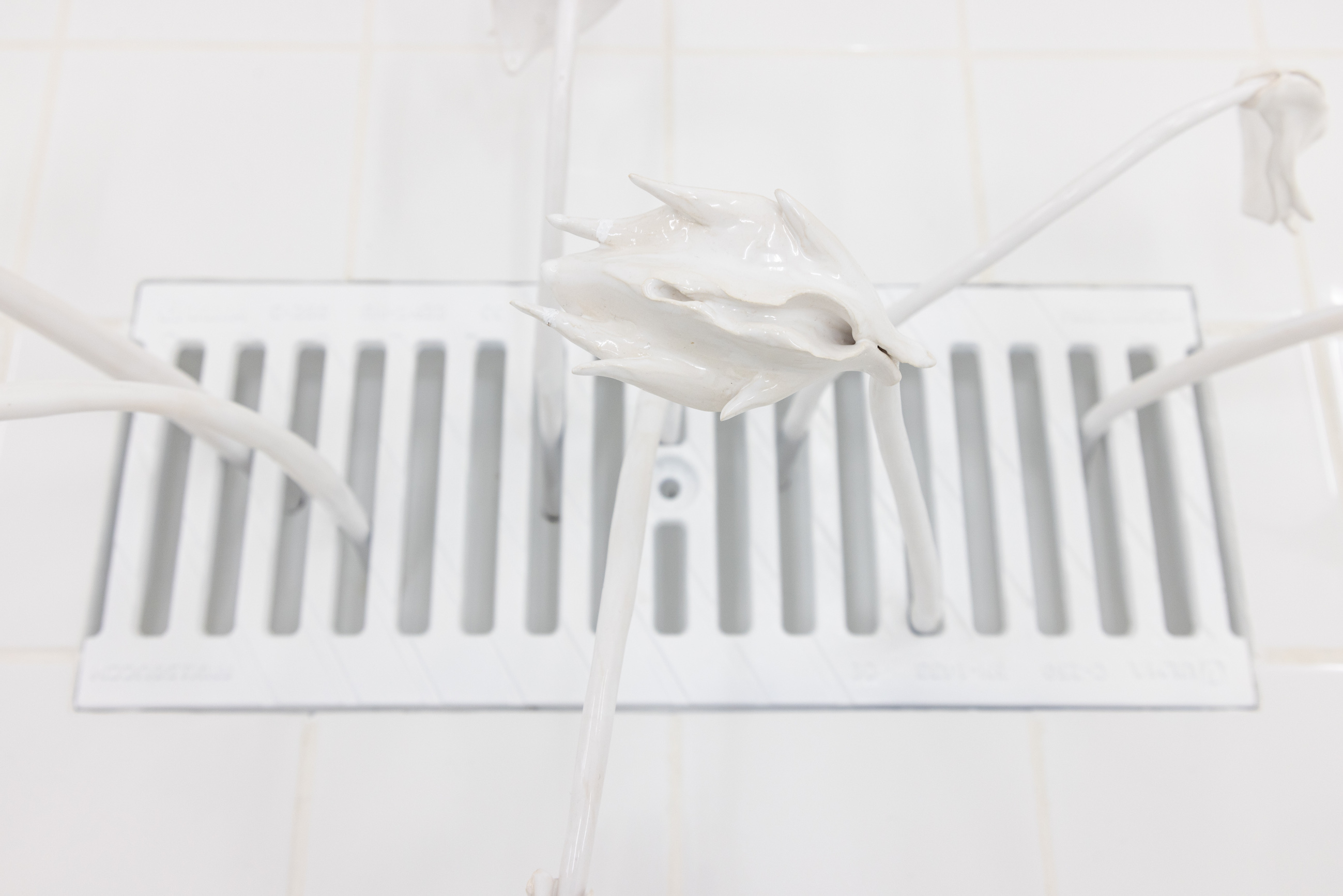 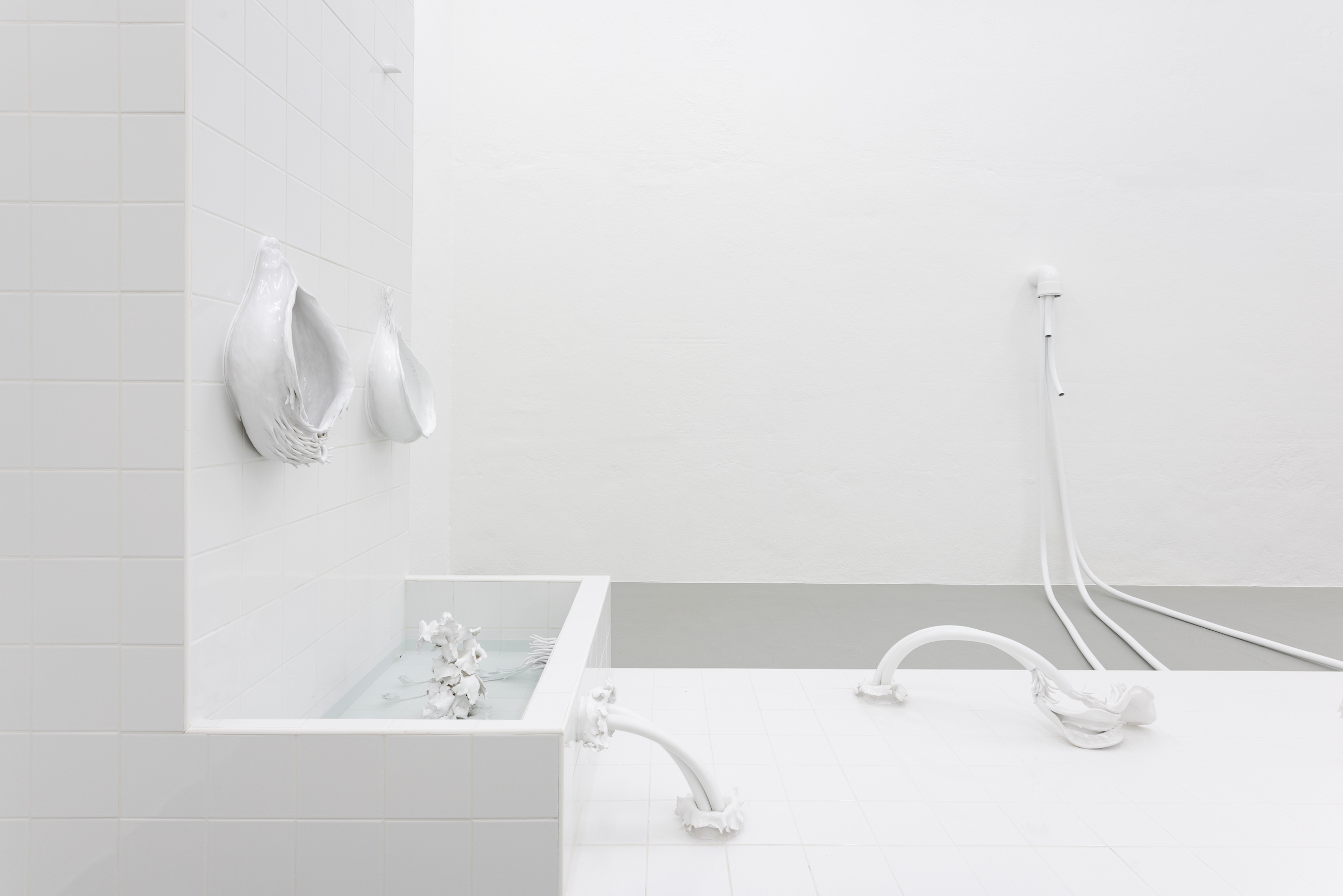 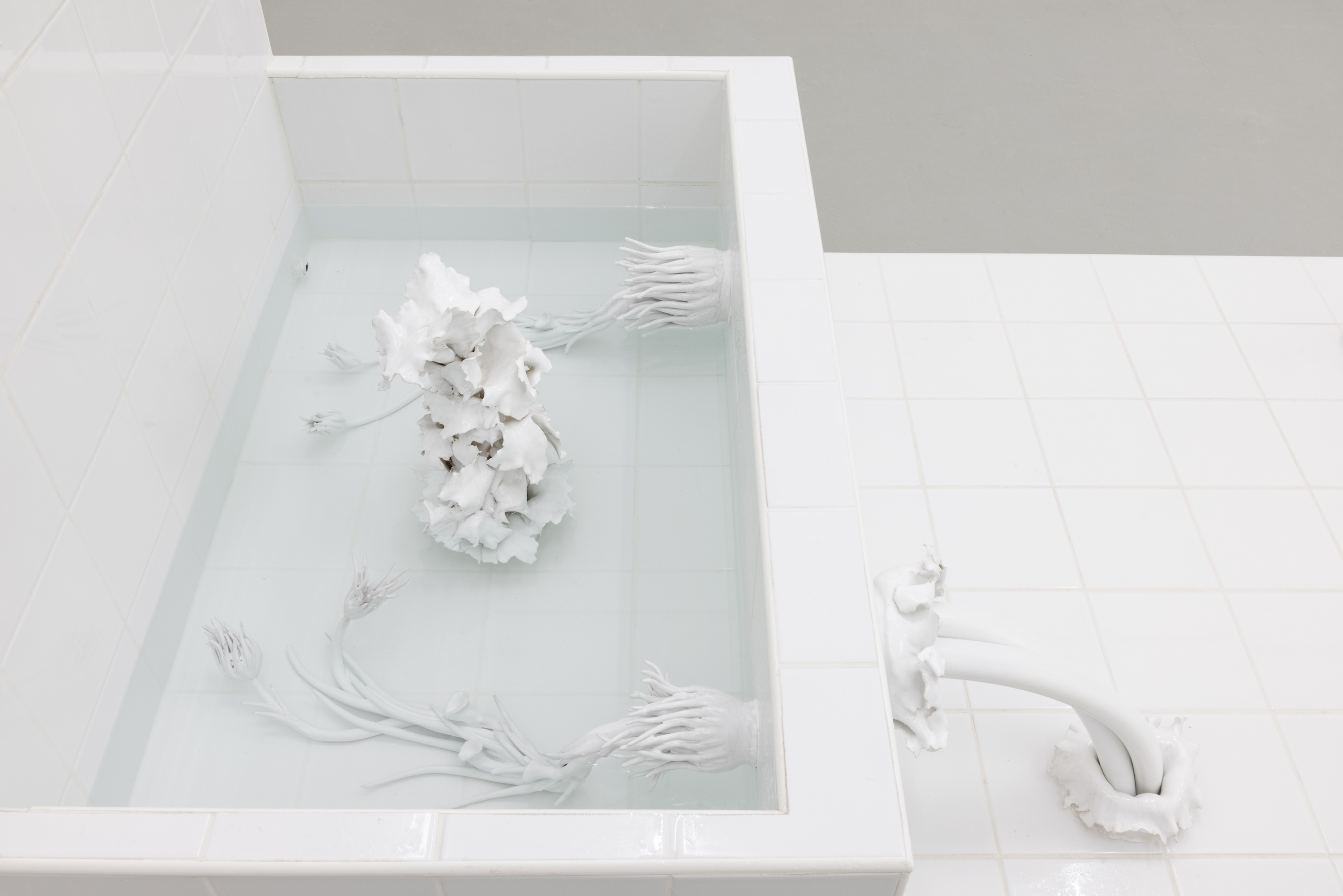 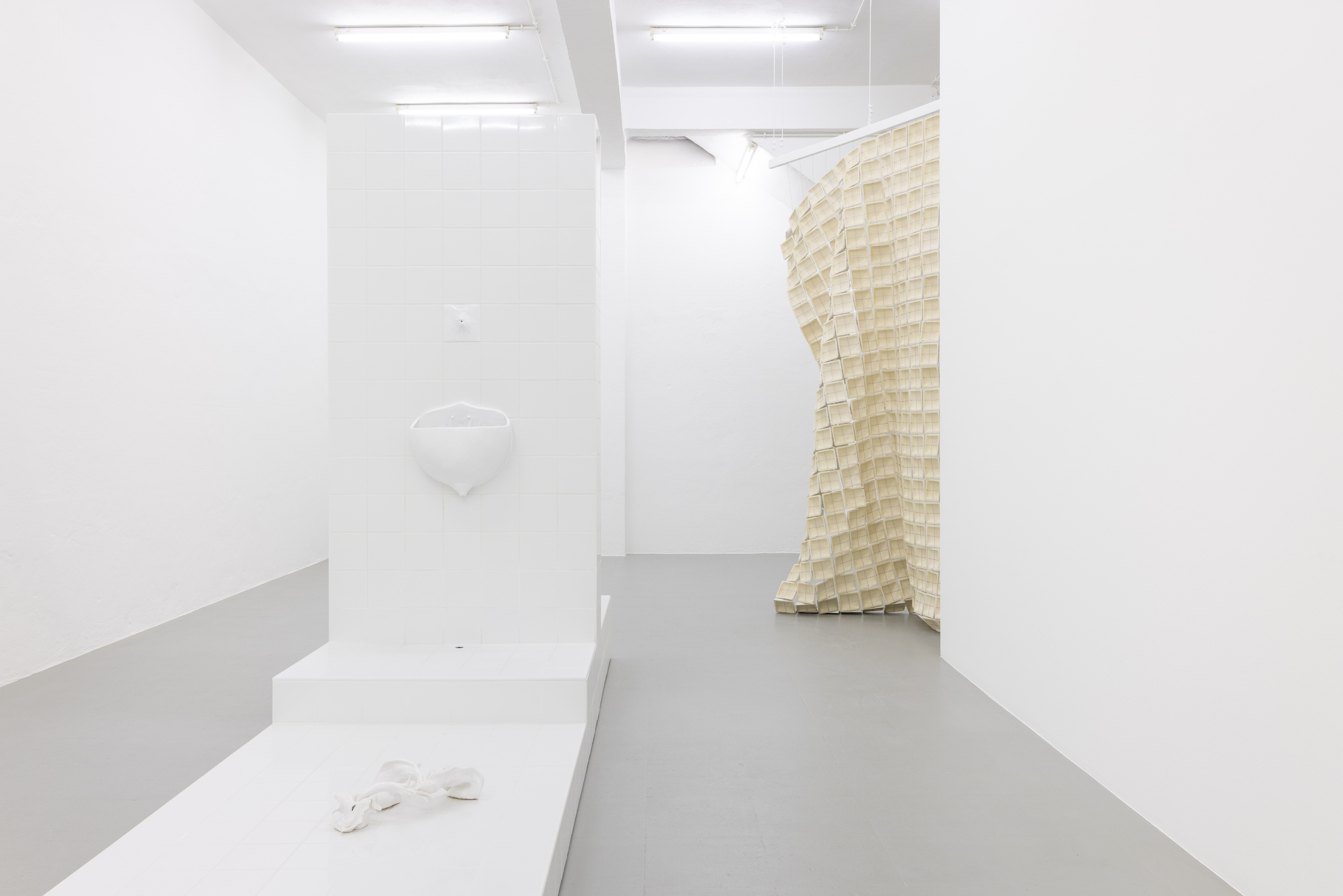 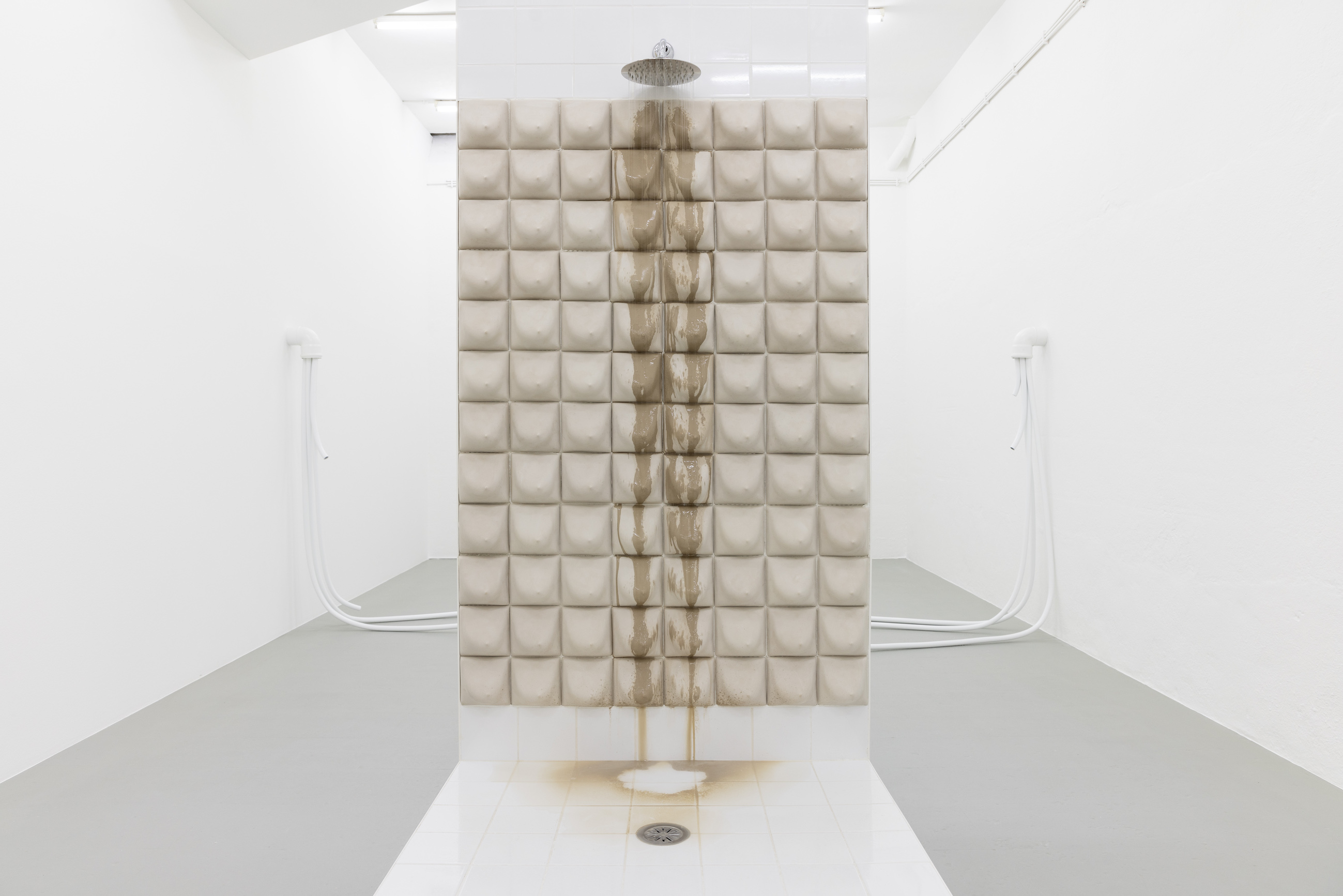