In May 2021, the Hayward Gallery presents the first solo exhibition in the UK of South African artist Igshaan Adams (b. 1982). The 2018 winner of the prestigious Standard Bank Young Artist Award, Igshaan Adams lives and works in Cape Town. The artist’s cross-disciplinary practice combines aspects of weaving, sculpture and installation whilst exploring concerns related to race, religion and sexuality.

His intricate textile works are made with an array of both natural and synthetic materials including rope, twine, copper wire, silk, wood, bone, glass and plastic beading. Adams is influenced by the teachings of Sufism, namely the idea of looking inwards to define oneself. Through his artistic practice, he is able to navigate the complex relationship between his faith and his sexuality by drawing on the material and formal iconographies of Islam, as well as the socio-political histories of creole communities in Cape Town. His extraordinary hybrid constructions evidence inner states of being, and possibilities of arriving at a sense of peace with the contradictory weave of daily life.

The exhibition consists largely of new work produced during an artist residency Adams undertook at the A4 Arts Foundation in Cape Town and on the occasion of the show. Presented as a single immersive environment with suspended sculptures, large-scale floor-based weavings and tapestries hung on the wall, the installation responds to the Hayward Gallery’s iconic Brutalist gallery space. Each work, and the exhibition as a whole, is composed of multiple patterns that explore the potential of woven material to reflect not only the multiplicities of Adams’ own identity but of broader cultural interchange.

The title Kicking Dust references the ‘Indigenous Riel’ dance of the Northern Cape which Adams witnessed as a child. Described as ‘dancing in the dust’, the riel is thought to be one of the oldest indigenous dancing styles in southern Africa. Throughout the exhibition, cloud-like sculptures made of spiralled wire and beads are suspended from the gallery’s ceiling resonating with the image of dust erupting from the earth as dancers kick the ground.

Building on this sense of movement and of journeying, visitors will encounter pathways through the gallery created by the placement of weavings on the floor. Resembling tectonic forms like the nature of the weave itself, the pathways evoke ‘desire lines,’ paths that pedestrians take intuitively rather than set routes.

Adams has been mapping ‘desire lines’ in parks and outside areas of a neighbourhood he grew up in called Bonteheuwel, as well as in surrounding areas in the south-east of Cape Town. In the 1960s, these neighbourhoods, deemed as barren and undesirable by the apartheid government, were where many Coloured and Black communities were forcibly moved. To this day these areas retain a majority of a particular racial demographic, with Bonteheuwel home largely to a Coloured community, and the neighbouring area, Langa, housing Black South Africans. The central axis of the installation are pathways that appear to cross over one another. These are mapped by the artist from actual ‘desire lines’ that residents have walked over repeatedly on the border of these two areas, despite a preconceived history of racial and religious hostility between the different communities.

For the tapestries hung on the gallery walls, Adams draws inspiration from the format of the prayer rug and transcribes pathways traced from the inside of people’s homes in Bonteheuwel into the weave, treating the differently coloured and textured rope, metal and beading in a painterly fashion. Included in each composition are abstract motifs traced from linoleum flooring found in these homes. These have been collected by the artist over a number of years and feature in a number of his earlier large scale installations. The artist calls these tracings and remnants 'documents': personal maps that are inscribed upon an environment through wear and presence.

For Adams, these chosen paths, both in the domestic space and in the surrounding landscape, lend themselves to an archiving of lived experiences and the preservation of memory. The connection to the residents of Bonteheuwel emphasise that these ‘desire lines’ represent both freedom and transgression. This sense of ‘desire’ comes across strongly in Adams’ practice as he seeks to liberate himself from homogenous constructs of identity.

When creating his work, Adams often collaborates with women who have settled in the Cape Town area and have had traditional textile skills passed down through generations. This process of collaboration is integral to his practice. The oral histories, folklore and personal stories that his collaborators share in the studio as they work often end up informing the artworks themselves.‍ 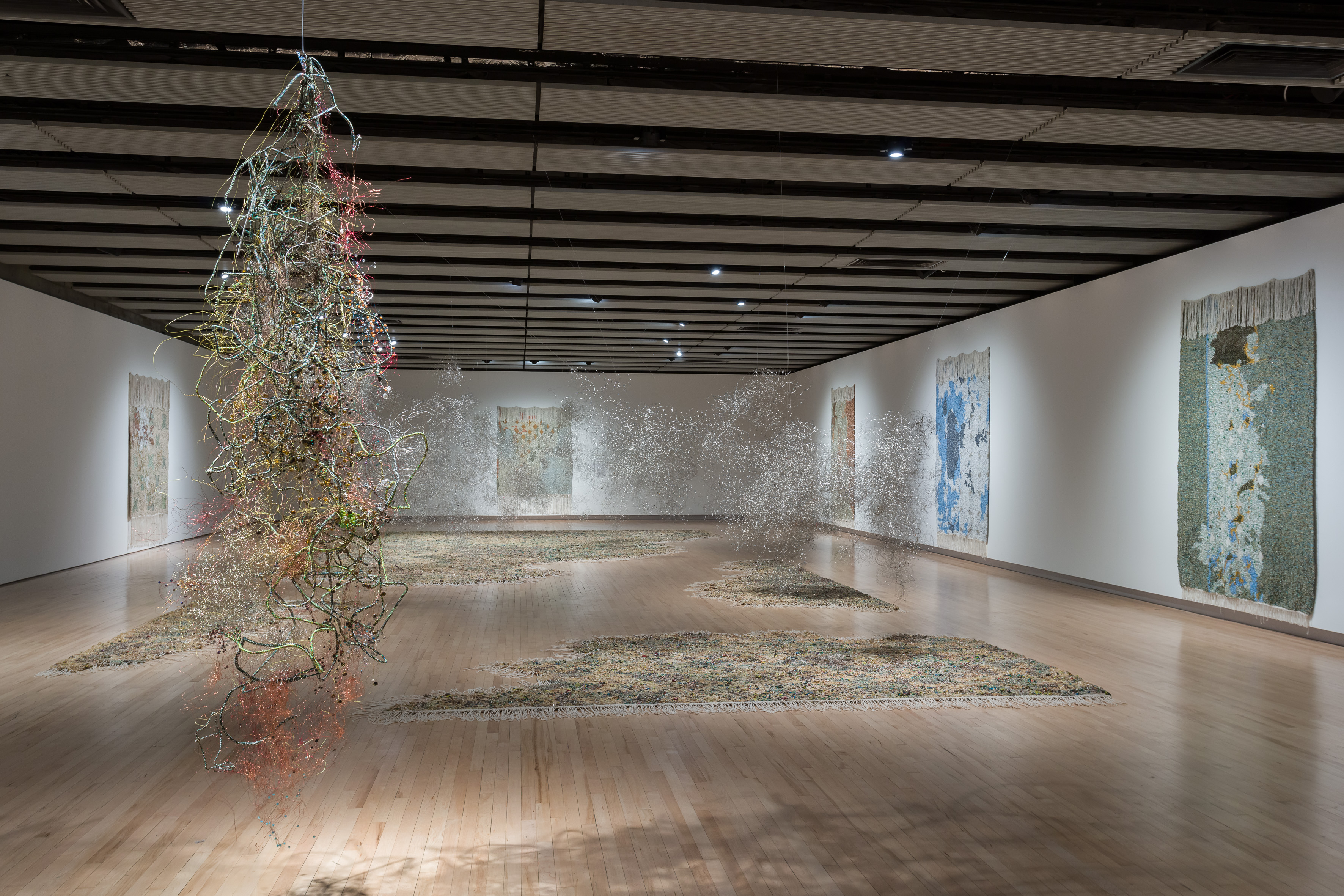 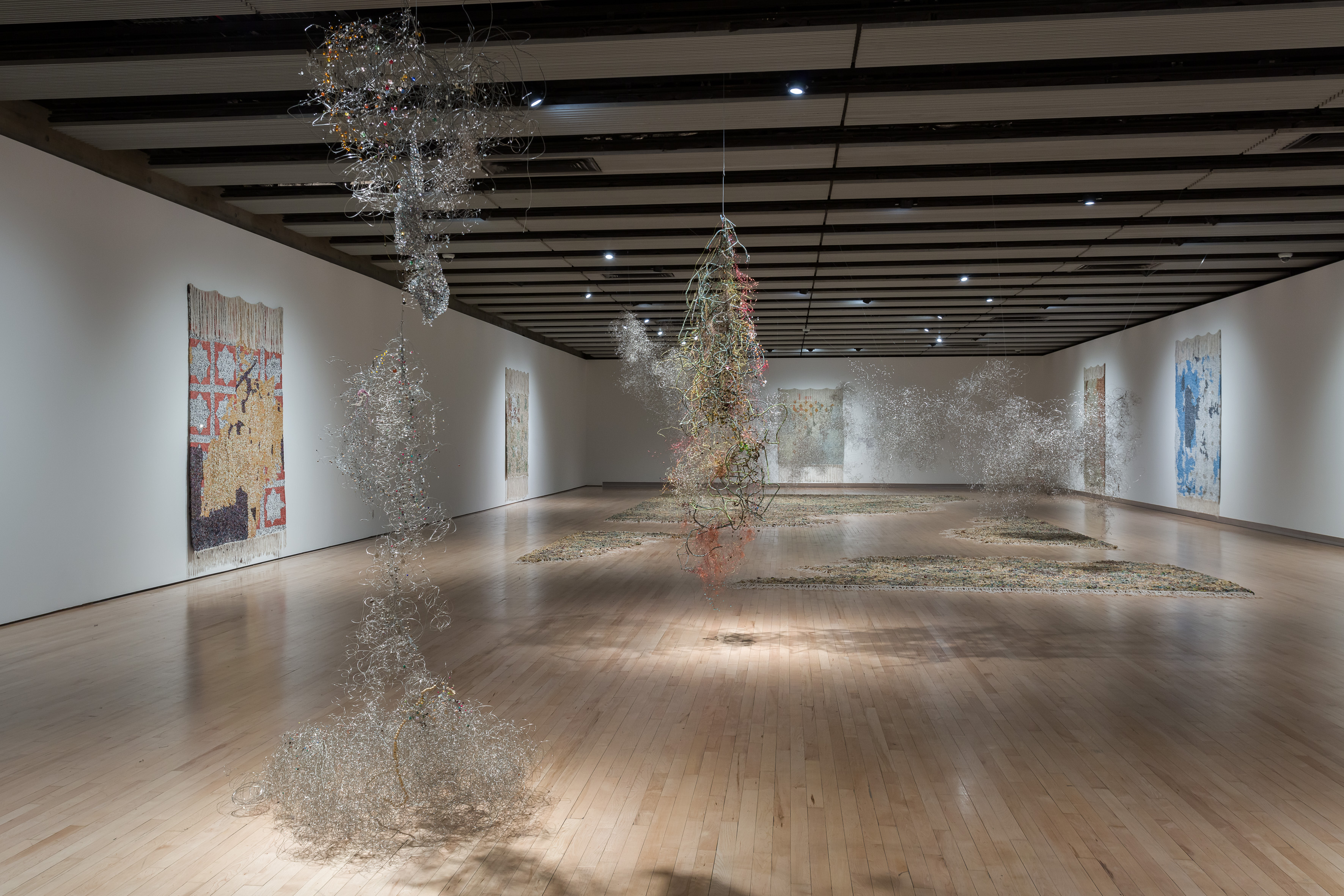 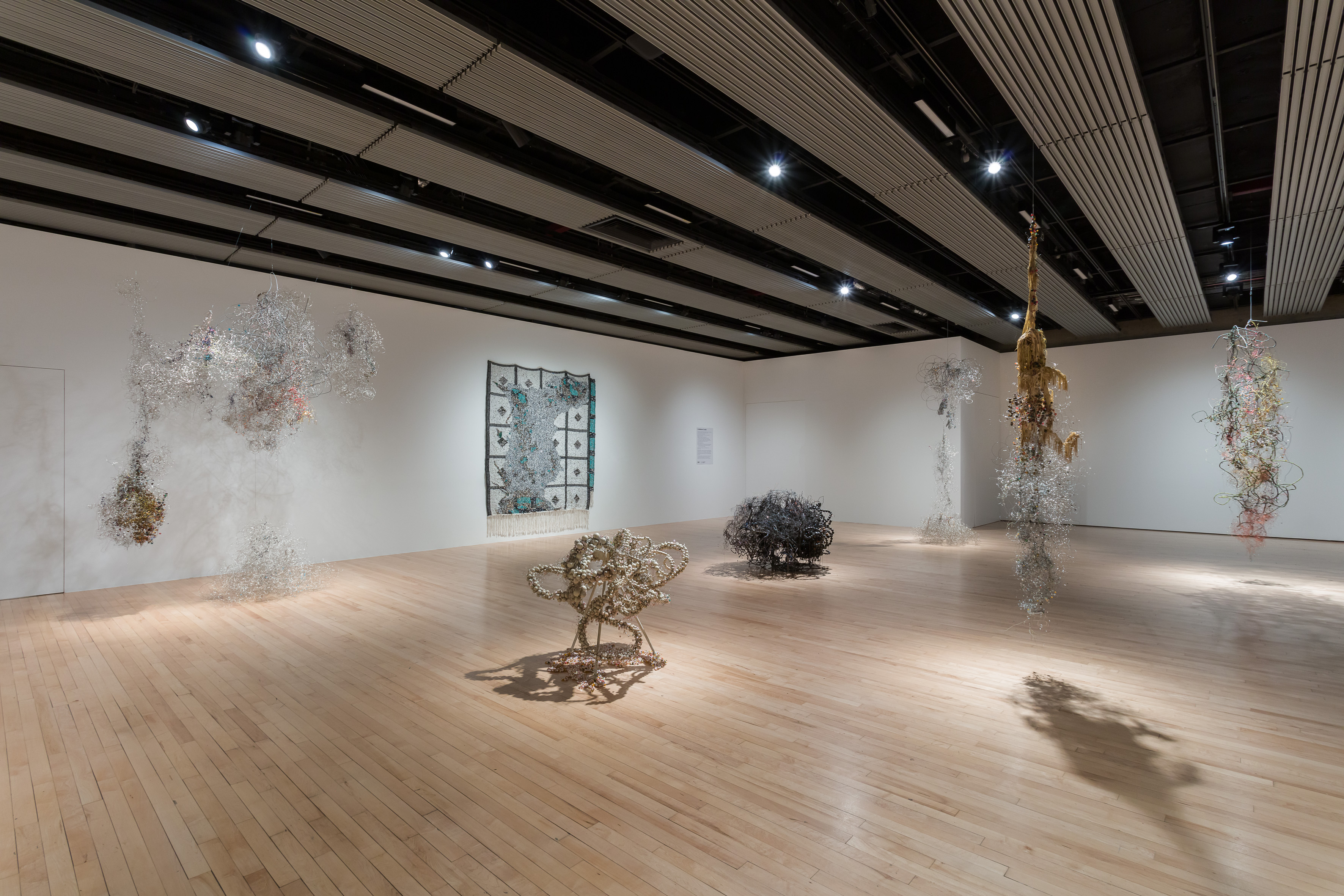 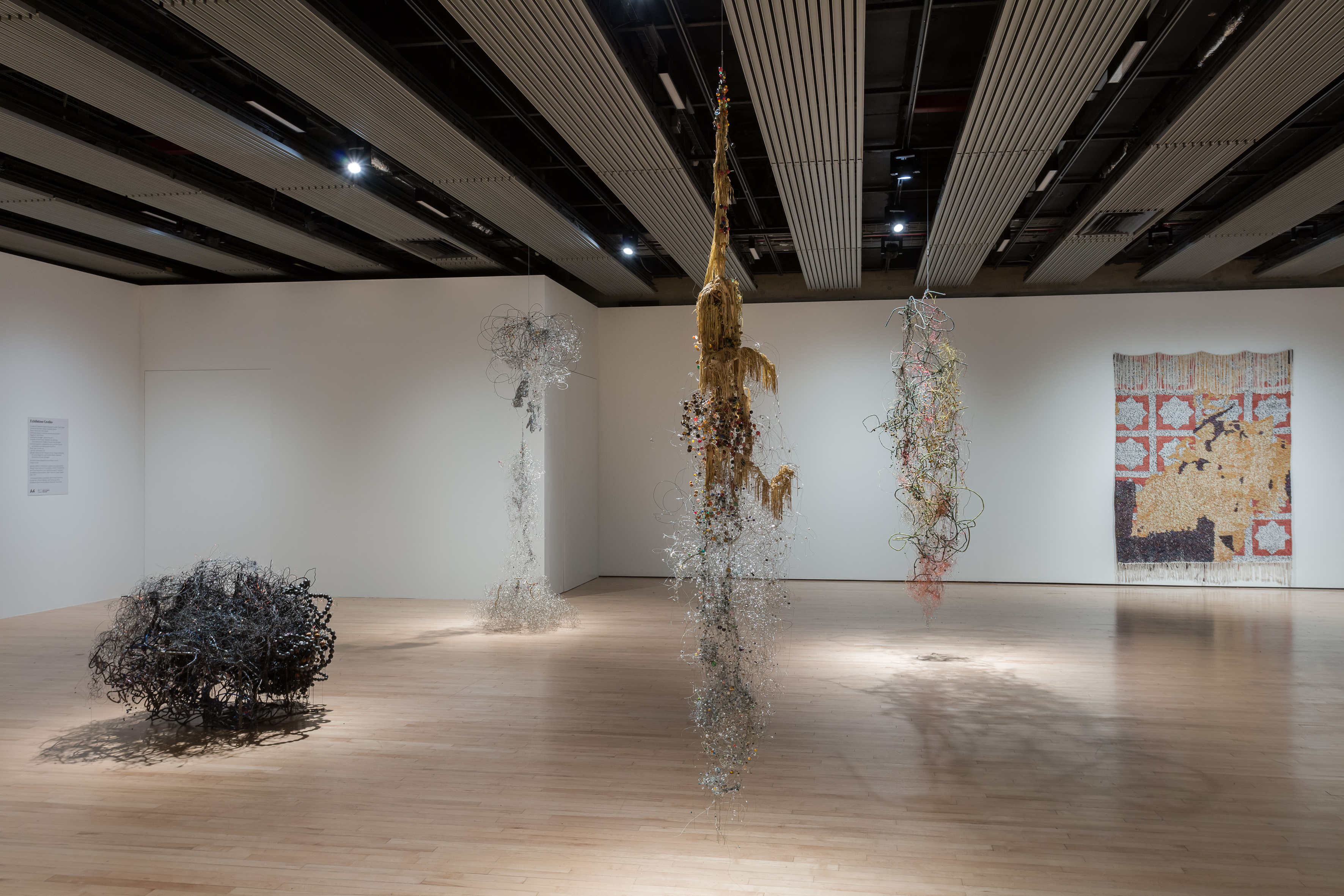 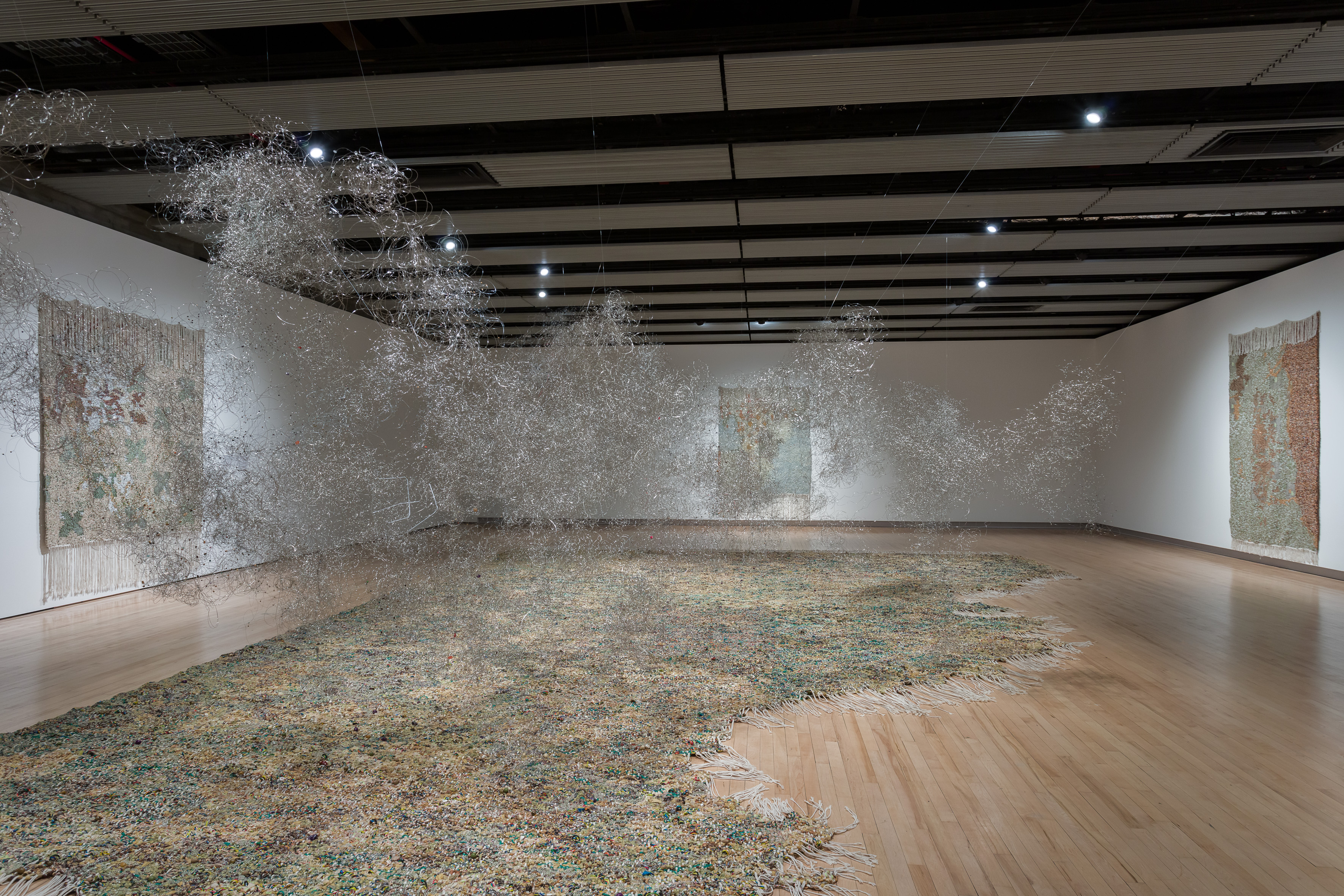