“I myself am but one instrument among others.”

Casey Kaplan is pleased to announce Giorgio Griffa: The 1990s, the artist’s fourth solo show with the gallery, from a series of exhibitions focusing on the artist’s practice by decade.

For over fifty years, Giorgio Griffa (b. 1936 Turin, Italy) has developed a painting practice that records “the memory of material,” a process the artist believes is “constant, and never finished,” allowing brush, paint, and canvas to dictate the outcome of his work. By eliminating perspective and narrative, Griffa transcribes the process of painting into simple repeated marks and gestures. Starting with unprimed, unstretched raw canvas laid out like sheets on the studio floor, Griffa works slowly across them, crouching and kneeling on the material in a way that aligns him with his tools as the canvas becomes the ground for water-based acrylic paints, mixed thinly, to seep and bleed upon application. The rawness of the resulting color fields, along with large areas of unpainted canvas, gives Griffa’s paintings a provisional feel, emphasizing his convictions about the independent life of materials. The paintings are then displayed unframed, pinned to the wall with small nails along their top edge, and when not exhibited, are folded and stacked by year, creating an underlying grid for his compositions.

Driven by notions of time, rhythm, and memory, Griffa reflects on the faculty of the anonymous, restrained gesture and its capacity to be both distinctive and integral. Beginning in the 1990s, Griffa introduced the use of numbers as a new formal element within his compositions, as a method to sequence his canvases both inside an individual work and within an infinite series. Numbers determine an internal logic within the paintings, designating the order in which each line, marking, or sign is painted. Griffa describes this process as a “dynamic dimension in which time coexists, similar to what happens when we occupy space by walking.”

Planning for this project began in earnest in November 2019 with a visit to Griffa’s studio in Turin where canvases stored in his archive, unseen for nearly thirty years, were unfolded again. Flat on the floor for review, echoing the artist’s daily painting practice, a selection of nearly twenty artworks was made. This curation was then followed by the paintings being folded once more, stacked neatly into a pile (a modest stack, no higher than one foot), ready for transport and the entirety of our forthcoming exhibition. 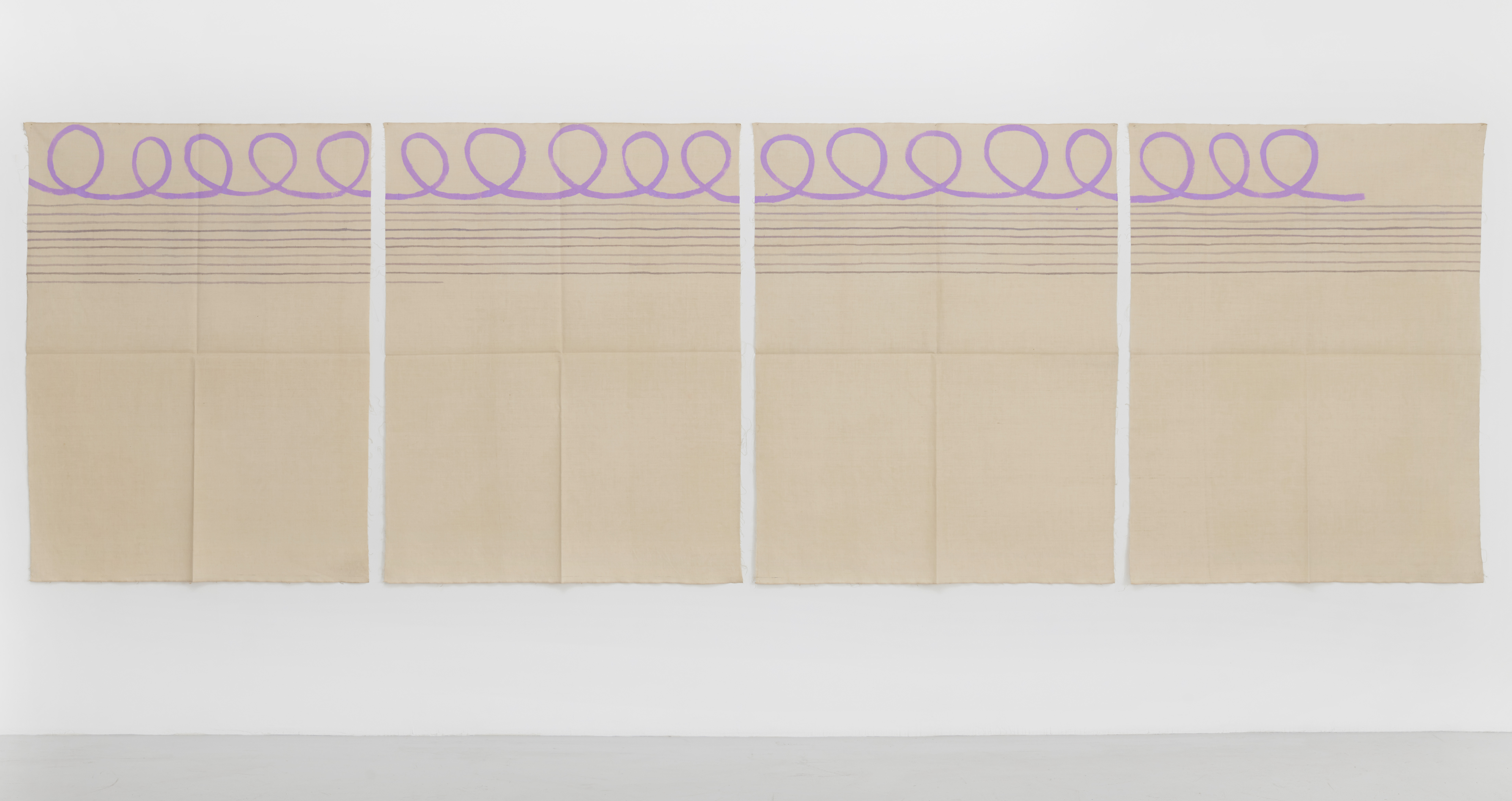 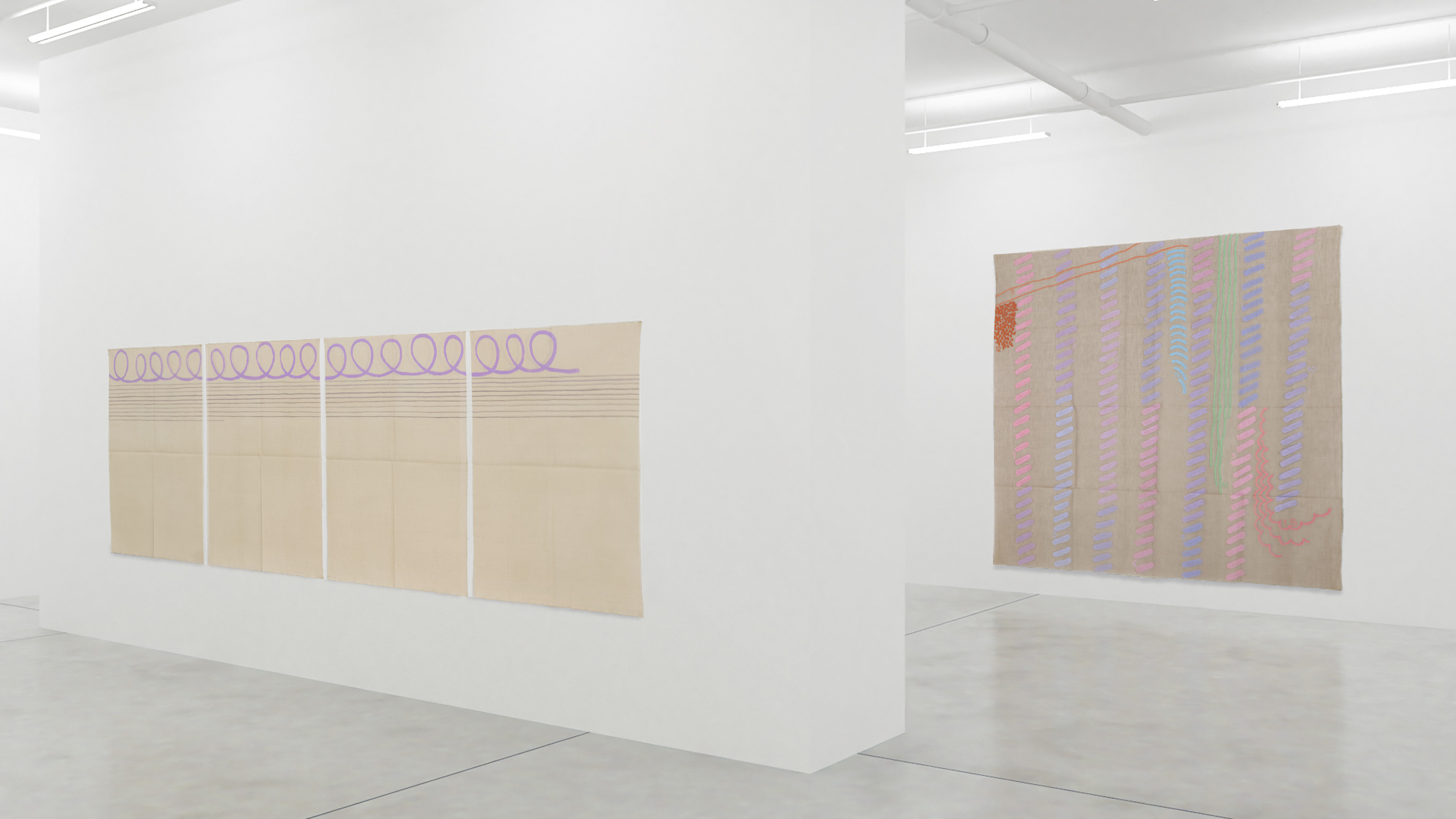 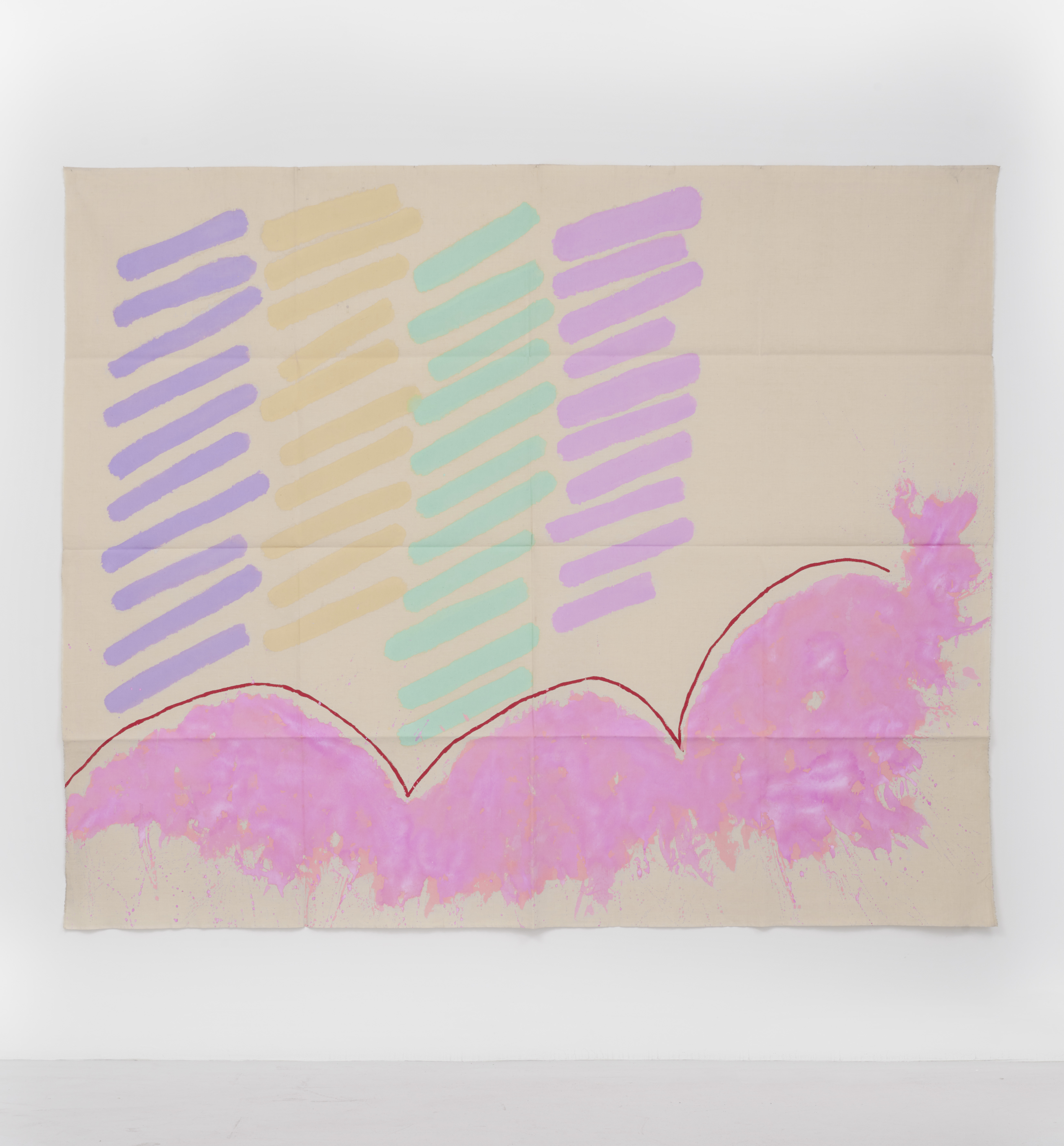 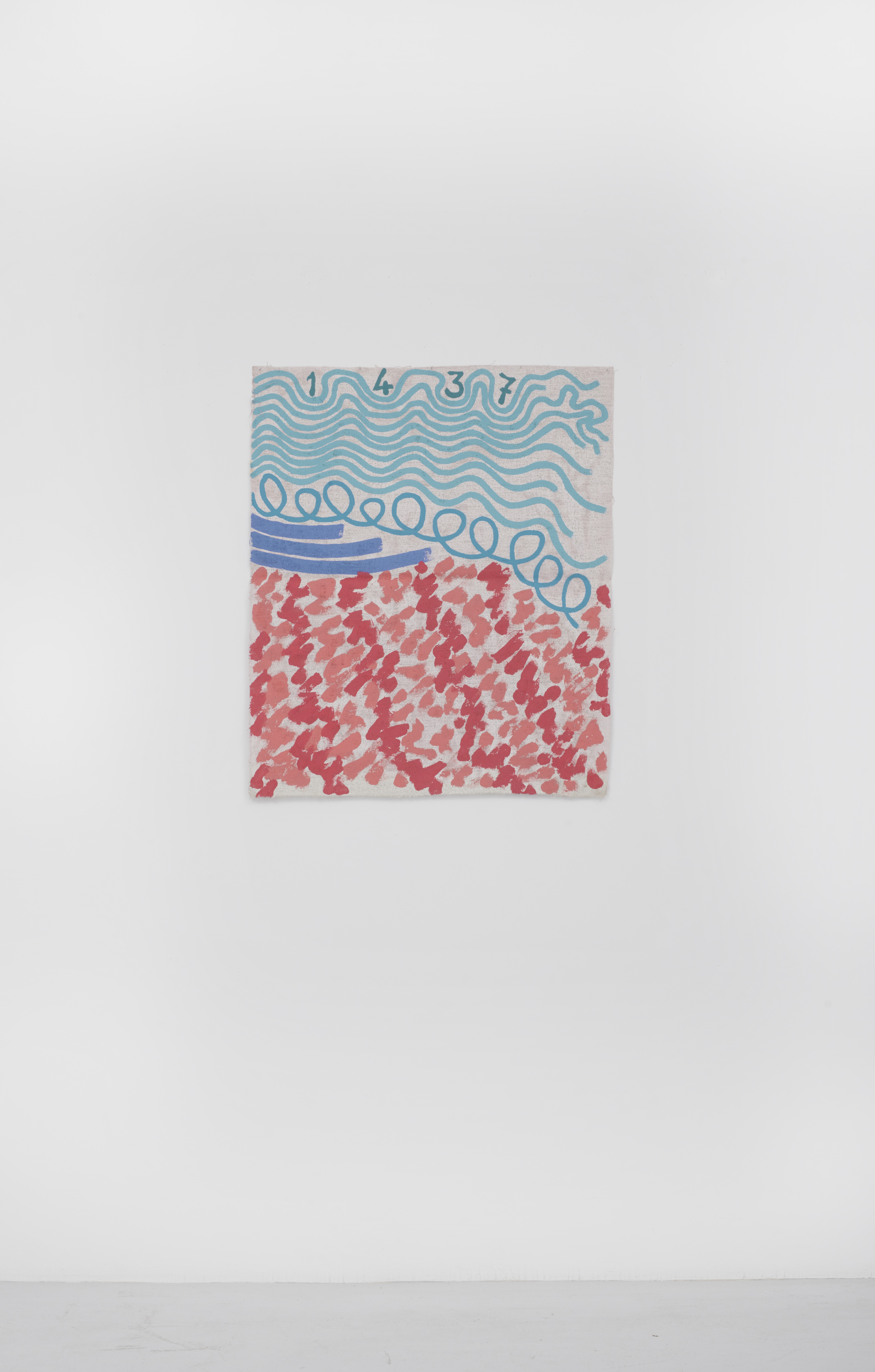 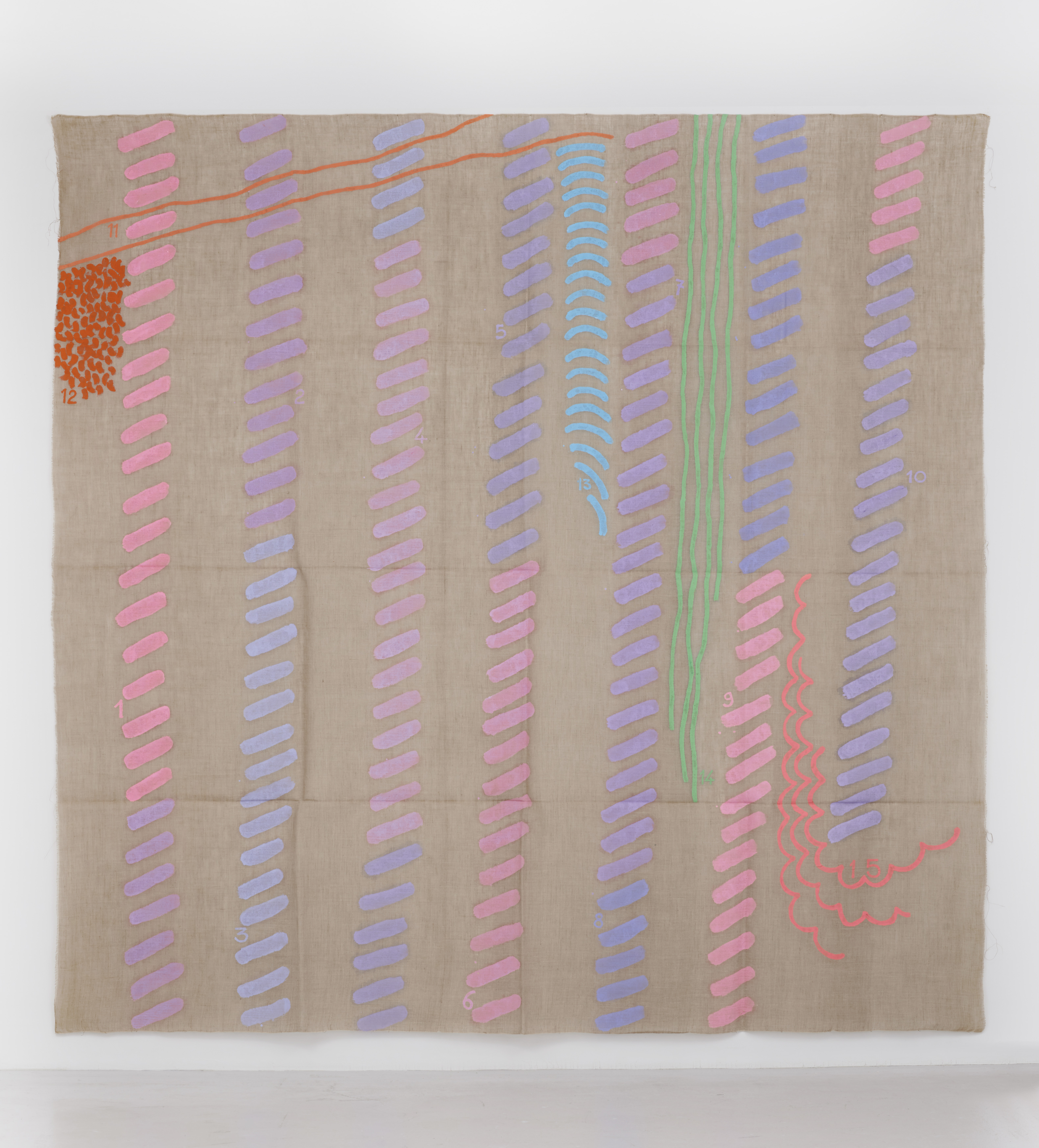 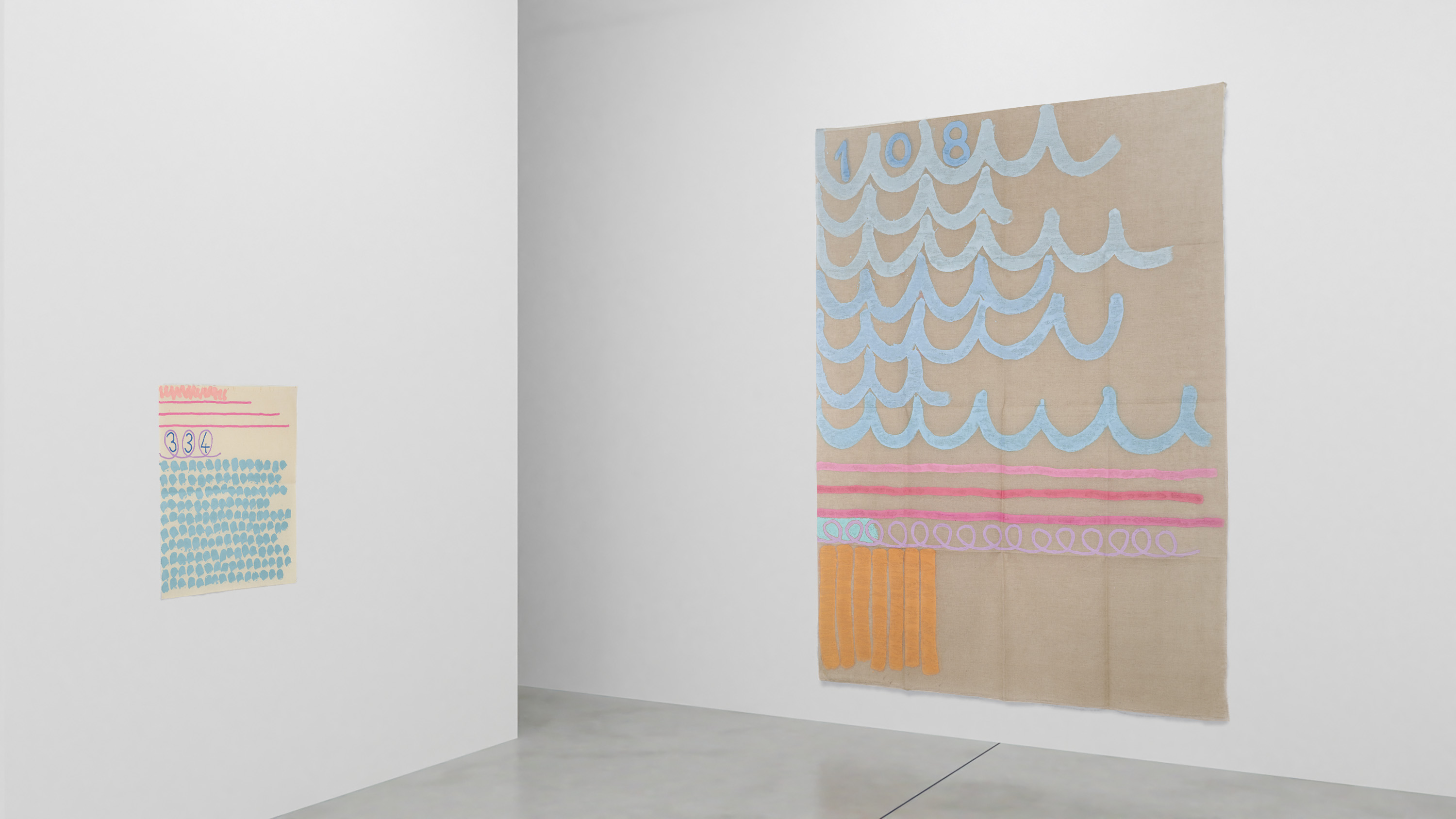 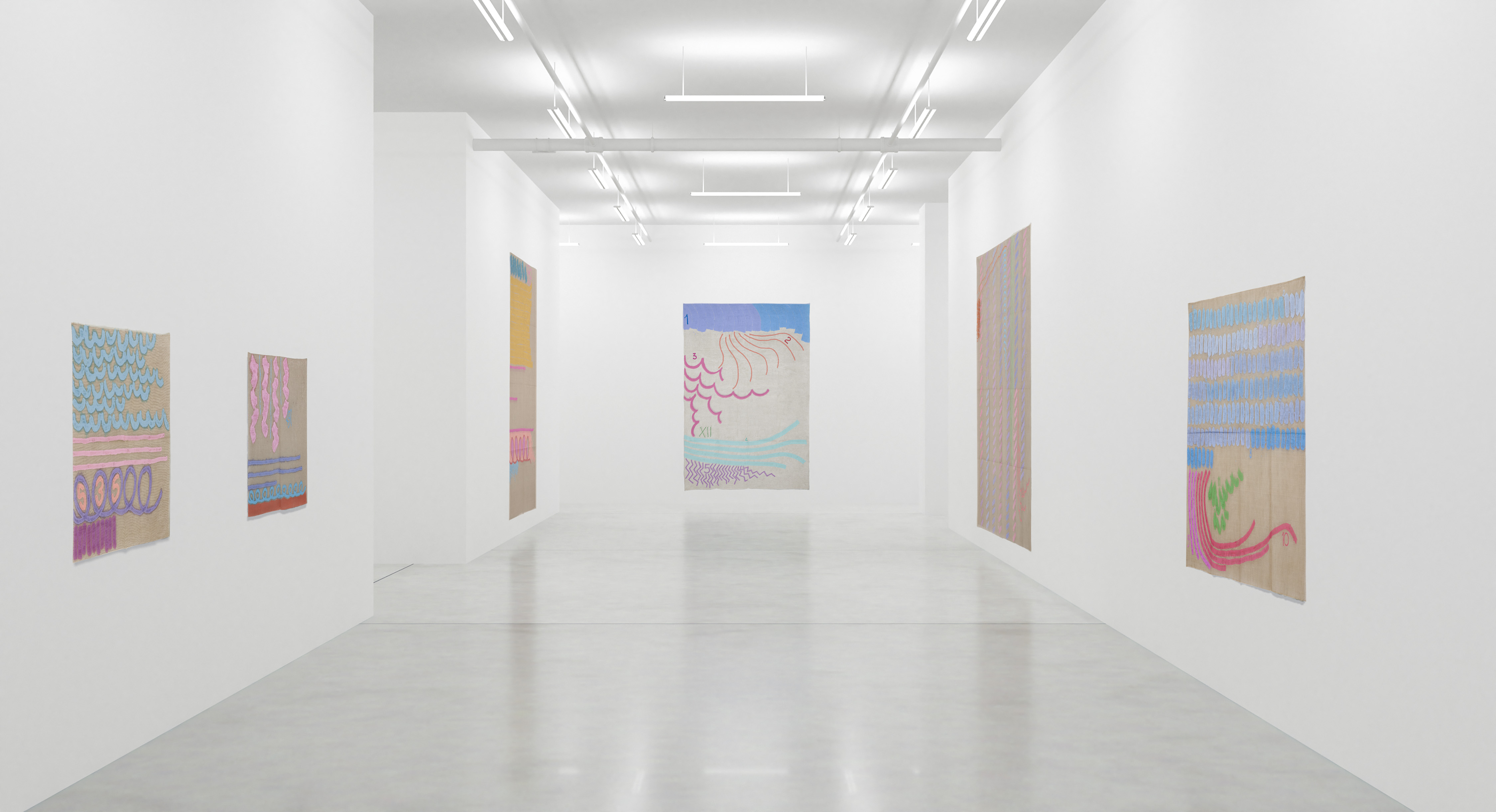 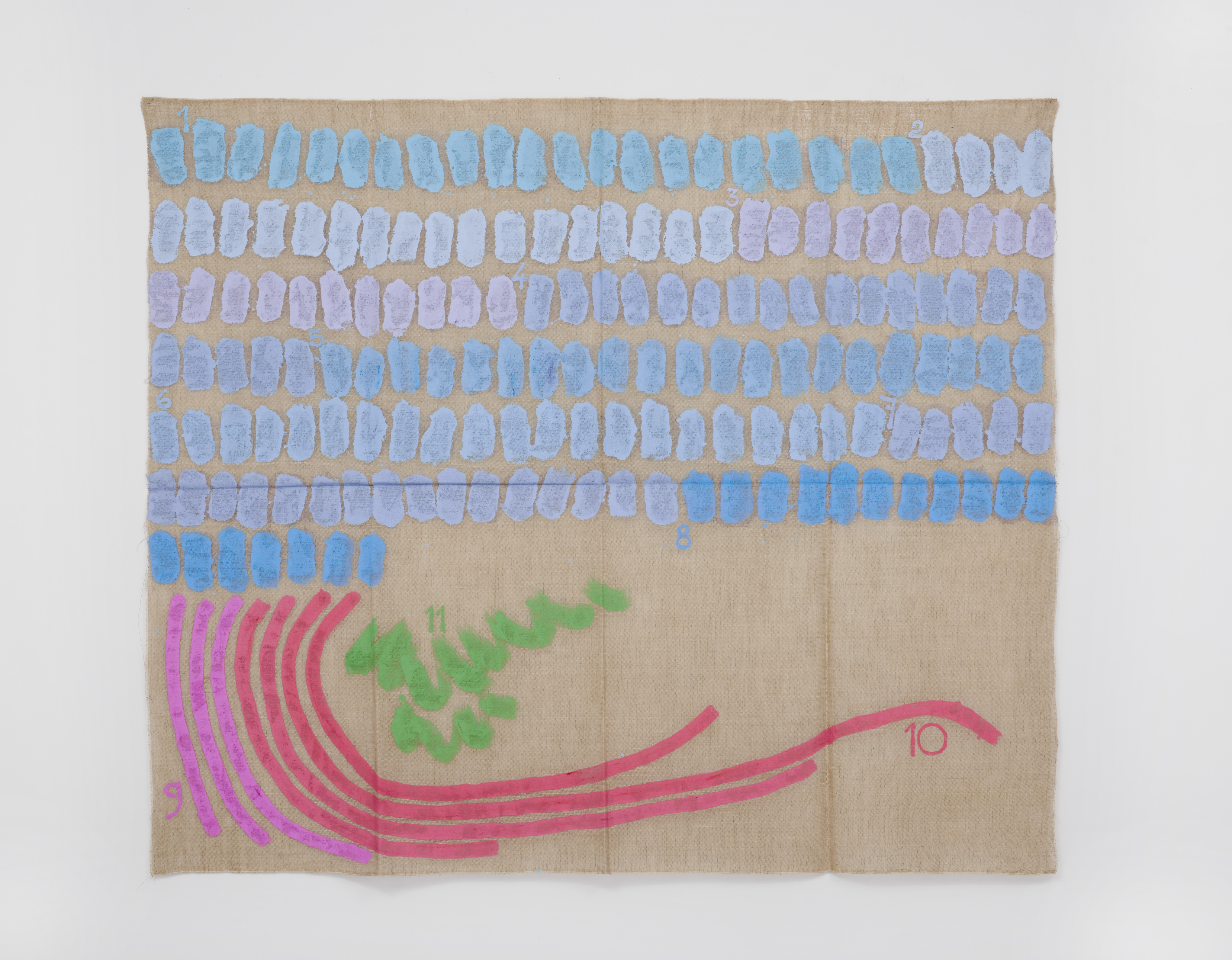