I bring together two characters: Janmari and Philippe. Janmari is an autistic child that educator and writer Fernand Deligny met in 1967, and with whom he remained close to for most of his life.

Janmari is a well-known personality from the experimental network Deligny created towards the end of his career working with mute autistic children. This group was active in the Cévennes region in France from 1968 until the 1980s. The idea was to provide the children with an alternate mobility, in a milieu that was simultaneously adapted to their needs, and open. Janmari emerges from this story as an exceptional being, endowed with special capacities, and a gestural language all his own. My intent was to discover to what degree Janmari and his world might constitute a model, or even a manifesto.

Philippe is my father, Philippe Fouché. He suffered a stroke in 2015 that left him paralysed on one side of his body. He now lives in a care facility and is confined to an electric wheelchair. Janmari and Philippe both require assistance. As does everyone, from the most powerful to the powerless. Nothing and no one exists alone. We are all both assistants and assisted.

Initially, “close actions” were enacted during visits to my father in a variety of medical institutions where he has been living for the last seven years (hospitals, rehab facilities, nursing homes). Through a series of gestures, movements and manipulations of objects found on the spot, I intensified my relationship with these spaces that were adapted for providing care, and which now were the site of our family life. I worked around, rather than with, Philippe, in the waiting periods between the moments where health professionals took care of him. Since 2020 the “close actions” have consisted more broadly of a self-taught “(re)adaptive” therapy, which I first applied to myself. They take place in any space which can be temporarily repurposed, entail the creation or adaptation of accessory-objects and are conducted by assistant/assisted actors or actresses who also take care of the photographic documentation and audio-video recording. The term “close actions” is derived from “close presence,” an expression coined by Fernand Deligny to designate the non-professionals who work with autistic children, inventing a completely different lifestyle, beyond institutional frameworks, in experimental camps dubbed “living areas.”

Since 2020, The Janmari Manifesto has been an ongoing work in progress. Around two hundred “close actions” with Philippe and other assistant/assisted actors and actresses have been filmed since the first months of the Covid 19 epidemic. Installed as an exhibit, the ensemble takes the form of an environment made up of accessory-objects, sculptures, and a video viewing area. A montage of filmed “close actions” is presented on three screens, each associated with a title: Philippe, A Memory of Janmari, Assisted Life/ A Life of (Re)Adaptation / Institutional Life.

Working with autistic people, Deligny looked for manifestations of « a memory that is in a sense resistant to symbolic domestication, one that is somewhat absurd, one that is struck by that which has no meaning, if you understand ‘struck’ in the sense of imprinted. » I like this idea of a memory that is “somewhat absurd” – absurdity is liberating. After 10-rue-Saint-Luc (studio of the publisher L'Arachnéen), Bétonsalon - Center for Art and Research, MoMA Virtual Cinema and the Centre Pompidou Metz, Parliament Gallery is hosting the fifth version of The Janmari Manifesto. The exhibition is a new scene of " absurd " memory, structured around a selection of new and old close actions. Those filmed on site take into account a particular aspect of the place: the concrete step becomes this radical threshold separating the bodies that roll and those that walk slide strike levitate mold. 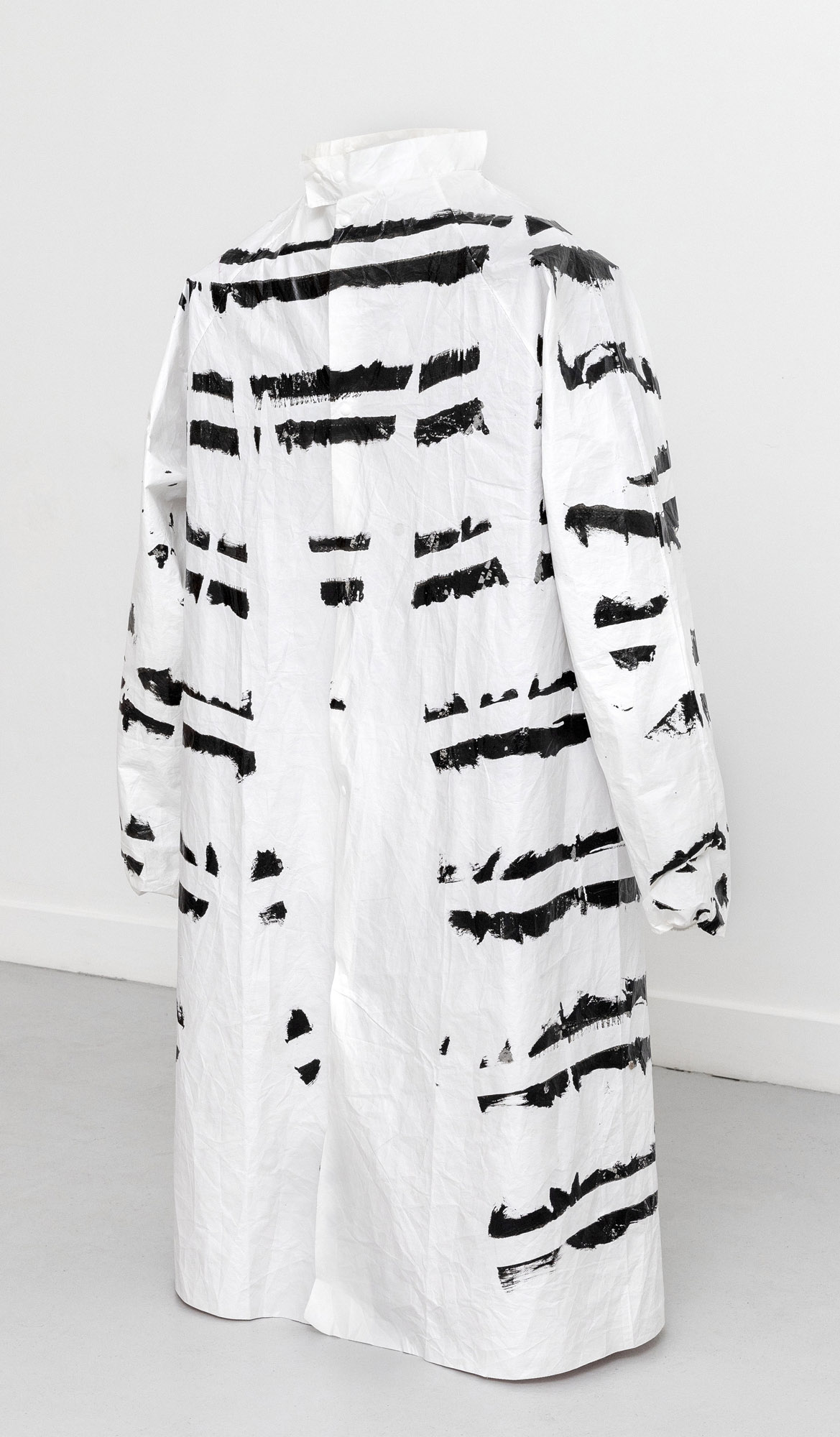 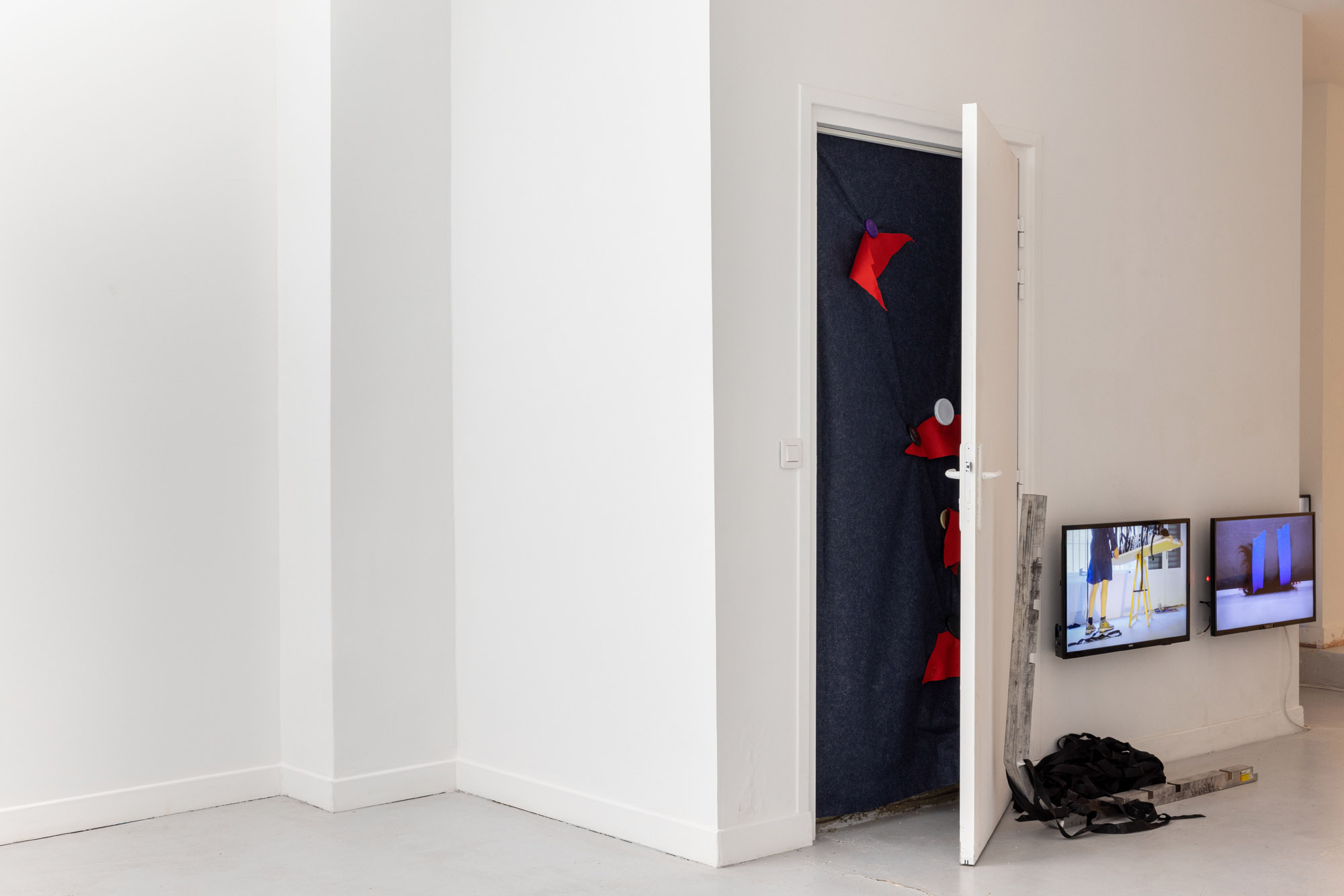 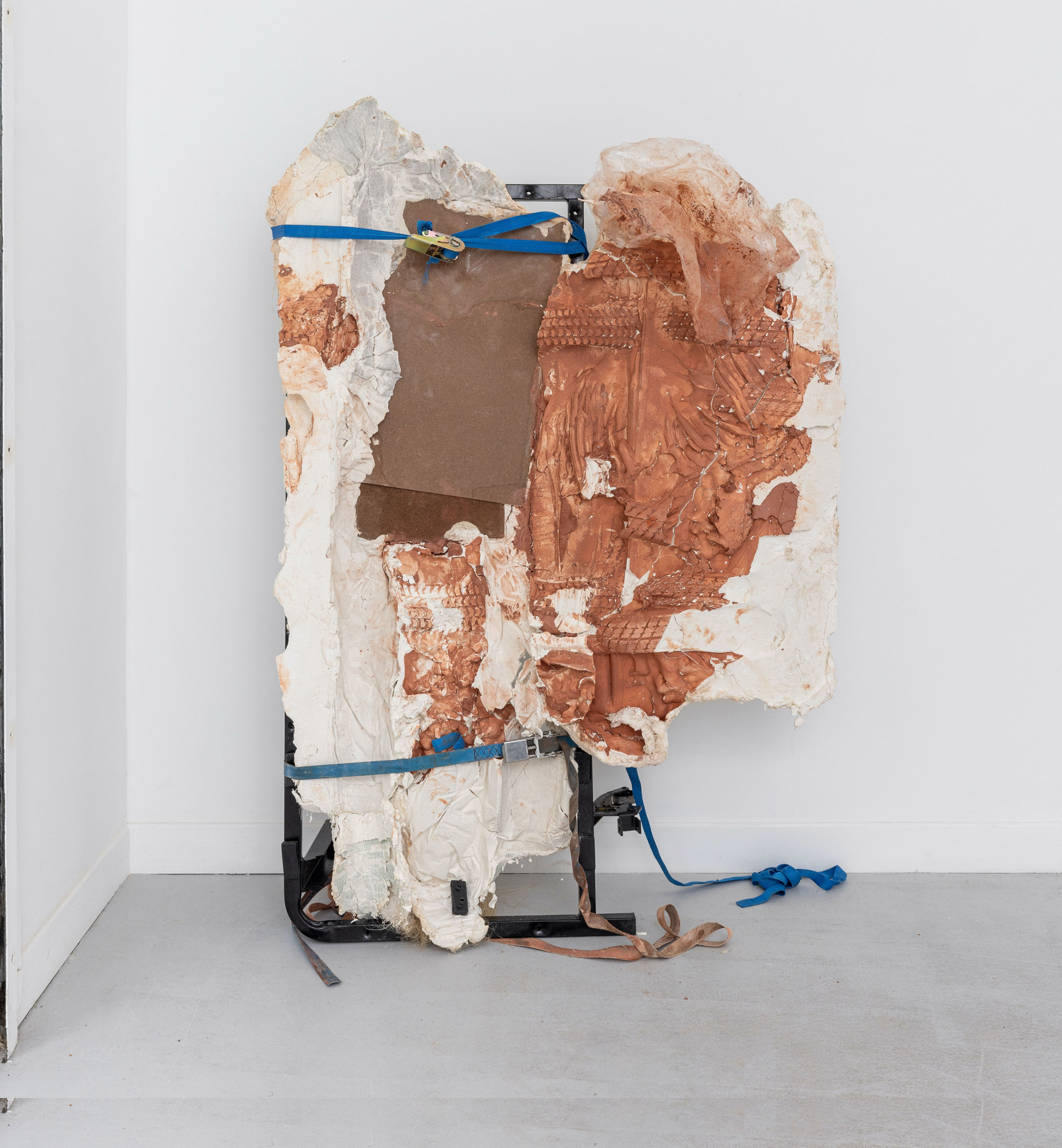 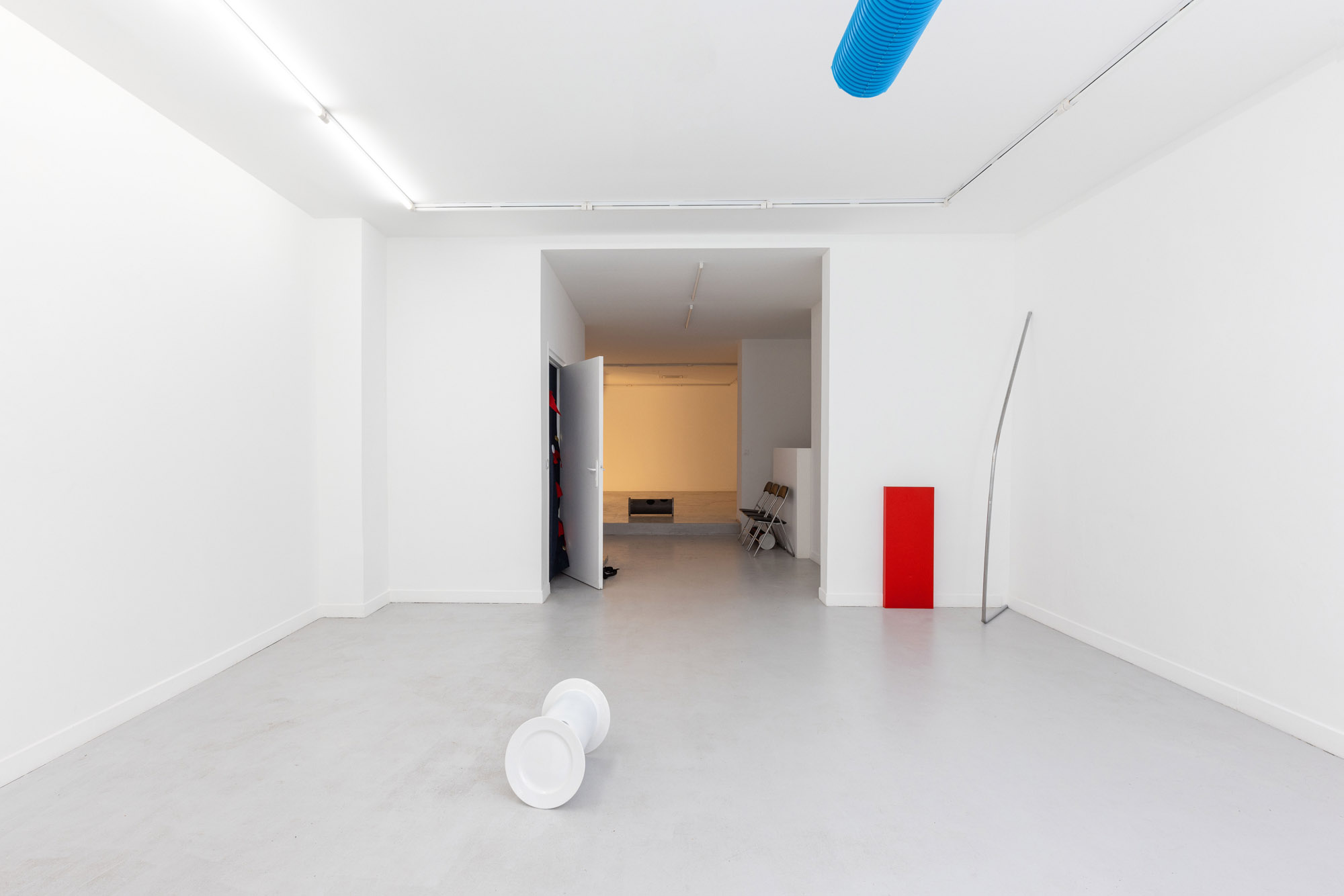 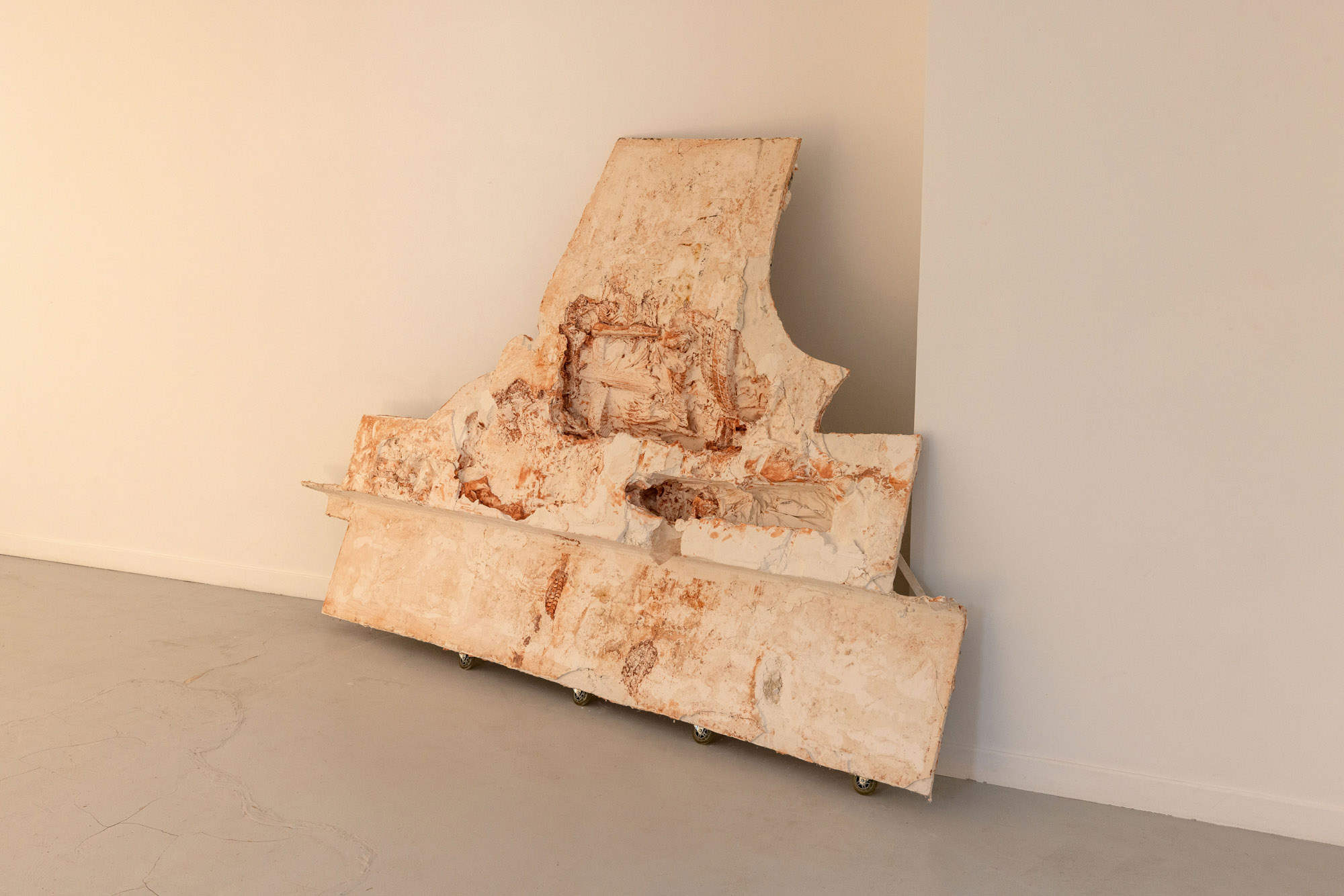 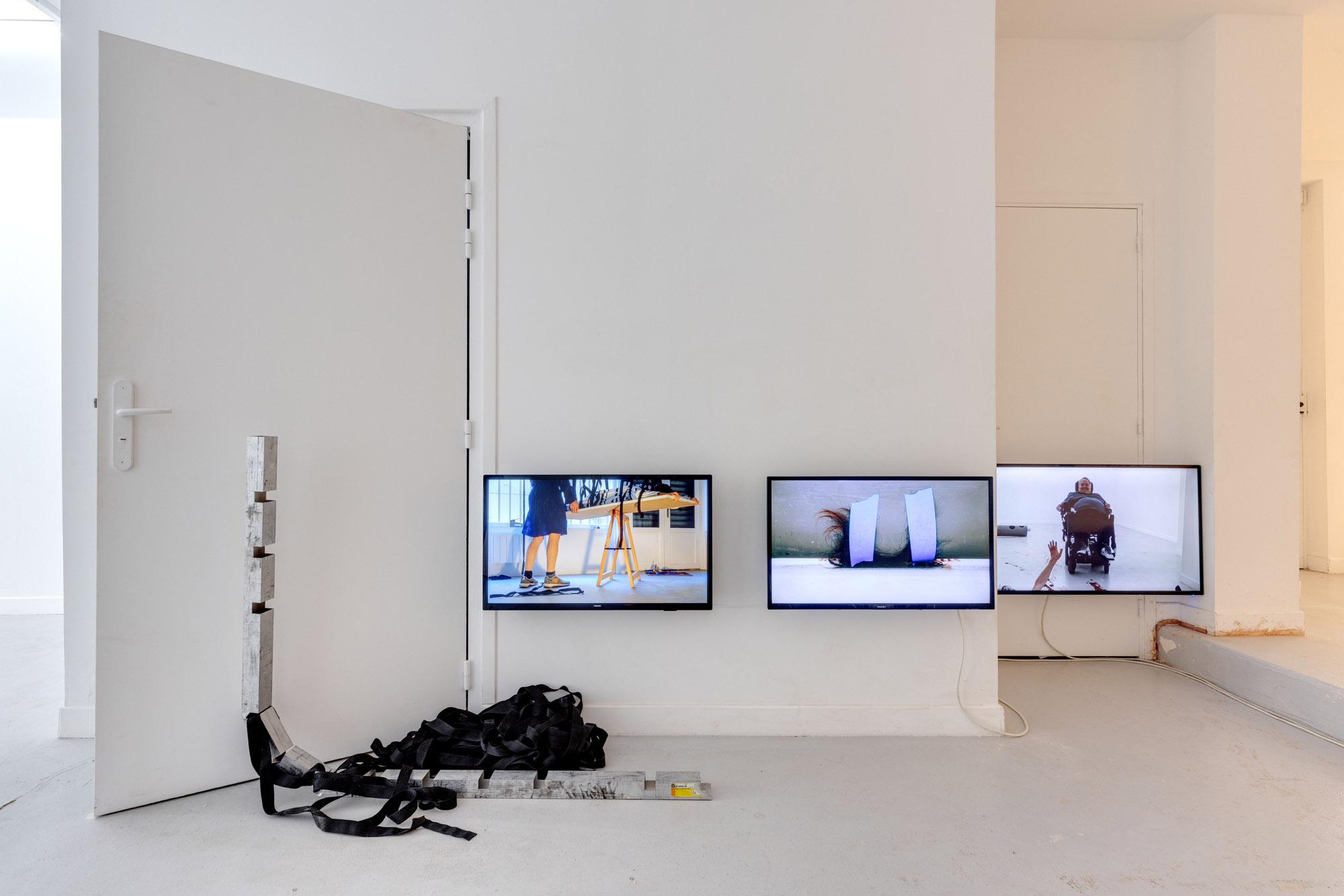 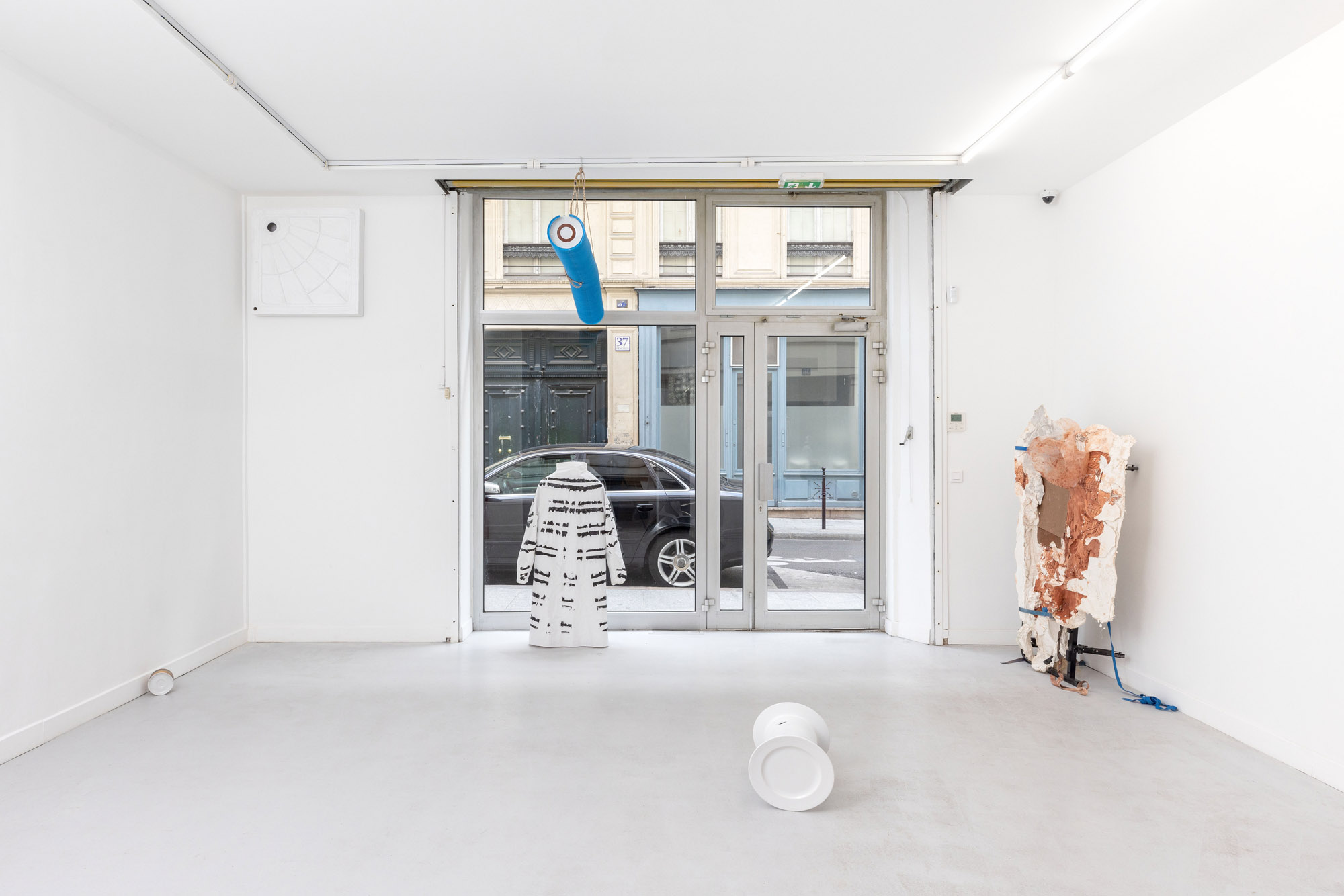 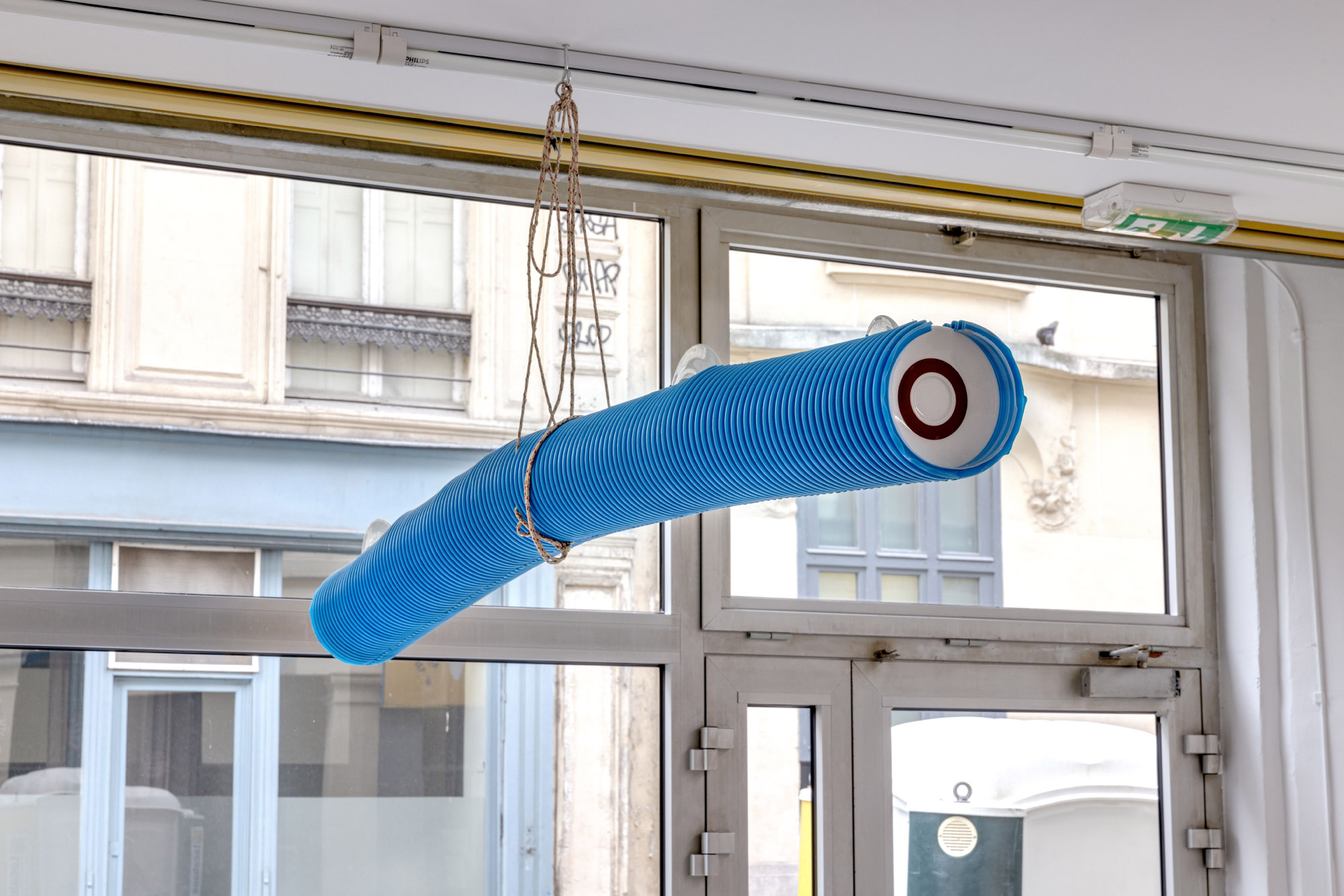