Everyone knows what it’s like to be a monster. To have felt a shiver of fear at one’s own reflection or to have experienced a feeling of otherness under the watch of a scrutinous gaze. As teenagers, our proximity to monsters is everywhere. We fascinate over the bloodlust of vampires, torment ourselves with paranormal creatures, covens of witches and undead mummies. Despite their abominations — or precisely because of these — we forge connections with these sinister entities, speedballing terror with wonder and delight. We embrace their mutations in recognition of the transformations we each undergo through adolescence: the repulsion we feel towards our own bodies, the isolation and ostracism we endure, and the loathing we feel toward our elders. We too become monstrous.

Buff Titan is a presentation by L21 Gallery S’Escorxador of new paintings by Felix Treadwell that grapple with the nostalgia and catharsis of monsterhood. Coupling representations of his most enduring childhood demons — Alien, Godzilla and the Nazgûl — with self- portraits as a fashionable and nonplussed teen, Treadwell explores the vexed attachment we have to the creatures of our past: those that have haunted us, held us in suspense and threatened to violate the vaulted gates of reality. Captured through a combination of acrylic paint and crayon on canvas, these new works betray a fidelity to the tropes of horror and fantasy in which these enduring entities live, proposing instead that our experience of monsters is not simply one of fear and repression but is a relationship marked by its potential for empathy, empowerment and discovery.

Displayed as a solitary coming-of-age figure, Treadwell’s near-eponymous character ‘FEELO’ is shown coolly meandering this solitary landscape of teenage monsterhood. In contrast to previous bodies of work, which have seen FEELO presented as a melancholic figure of introspection and folly, Buff Titan reveals a new, playful and poised persona — sublimating an adolescent fear of “becoming other” into a nostalgic and serene landscape.

Dressed in chic indie clothing, FEELO is cast sans souci against soft azures of teal and sepia, presented side-by-side with childhood monsters that echo his own halcyon aura. Through their mimicry of posture and ambience, we see a closeness emerge: between their ghostly forms and the artist’s own sense of self and presence at this age, but also between ourselves and the complex recognition of otherness they reveal to us.

Understood through the lingua franca of horror, these monsters are at once the sublimation and transference of our fears of alterity and otherness as they are the living embodiment of our own monstrous bodies: a macabre manifestation of the unruly bodies we all experience through childhood, puberty and beyond. Expressed through the inflated and contorting limbs of Treadwell’s figures, FEELO’s fraternity of monsters is not only a representation of these darker personal truths, but a recognition of their place in the artist’s ongoing admission and celebration of otherness: a positive drive toward ideals of self-transformation, adventure and independence. Ideals that, for many of us obsessed with the genres of horror and fantasy, first emerged through the lives of monsters and in solidarity with the contrasting inhibitions of our teenage years.

Presented with a profound empathy and enduring vulnerability to the lives of these monsters, Buff Titan reveals the beauty that can be found in the terror of our nightmares. It is an exhibition that reminds us that our connection to monsters — guttering and paranoid — is nevertheless a deeply personal and important relationship. Not least as they stalk through the depths of our dreams, scratching with long nails at the skull of our unconscious, but because our entrance into the world of aliens, ghosts and demons comes at a crucial stage of our coming-of-age — a period of acute anxiety and loneliness in our teenage years as we wrestle with and assimilate the contradictions of adult life. Buff Titan, in full recognition and acceptance of these contradictions, softly and poignantly conveys the spectral and fantastical forces that emerge when we immerse ourselves in the very creatures we seek to avoid. - Charlie Mills

Felix Treadwell was born in Maidstone, England in 1992. Treadwell studied art at Camberwell College of Arts, and later specialized in painting at the Royal College of Art, where he graduated in 2018. His practice deals with the implications that internet culture has in today’s young generations, and the way it has reshaped the interactions and relationships between the East and West. In his paintings, he often employs fictional characters who perform everyday actions, having got a lot of recognition over the last years for the works depicting the semi-autobiographical character, Feelo. Through the use of simple compositions, playful, non- threatening scenes, and the softness of the airbrush, along with pastel hues, the artist is reviving and visualizing his childhood imagination in his practice. 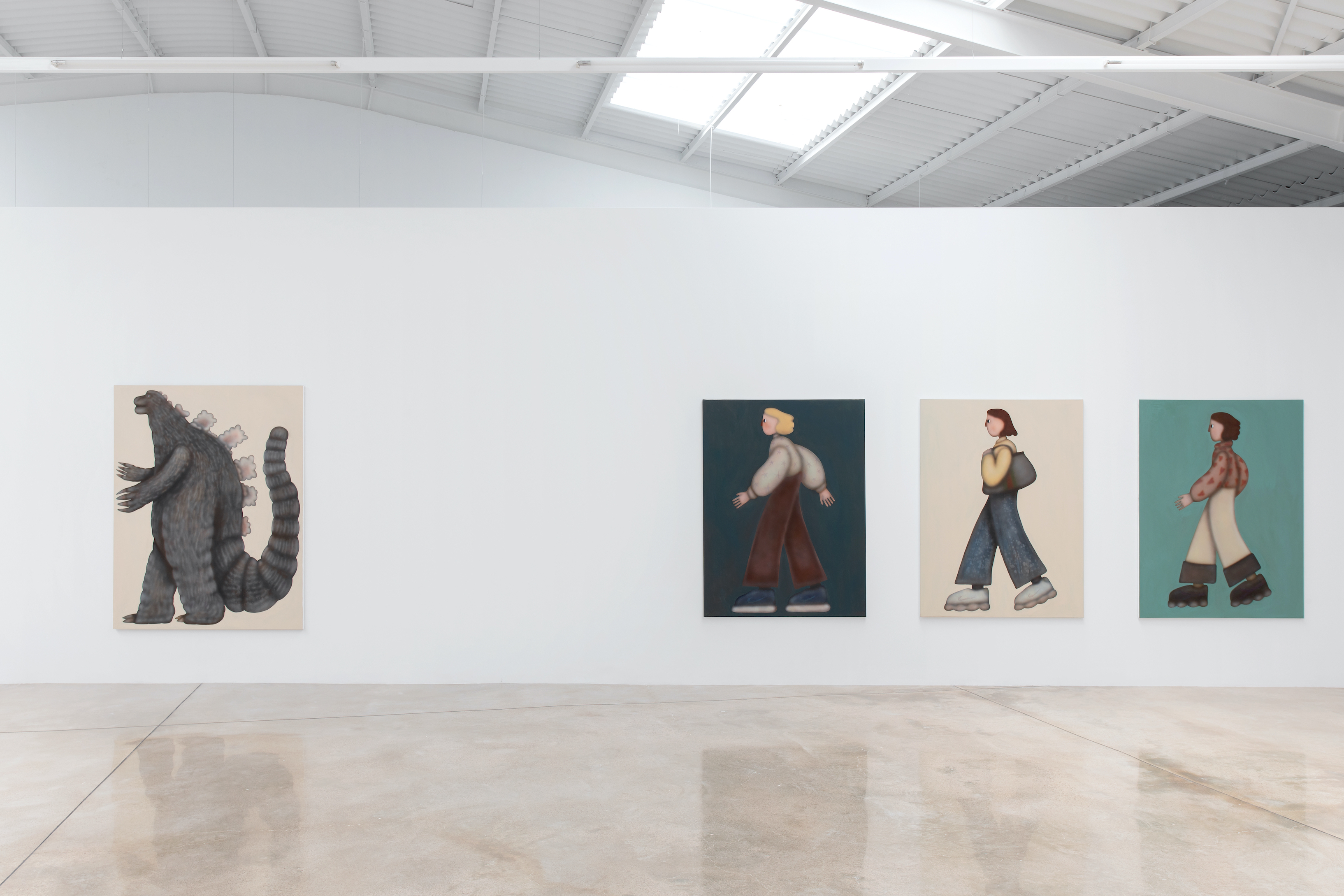 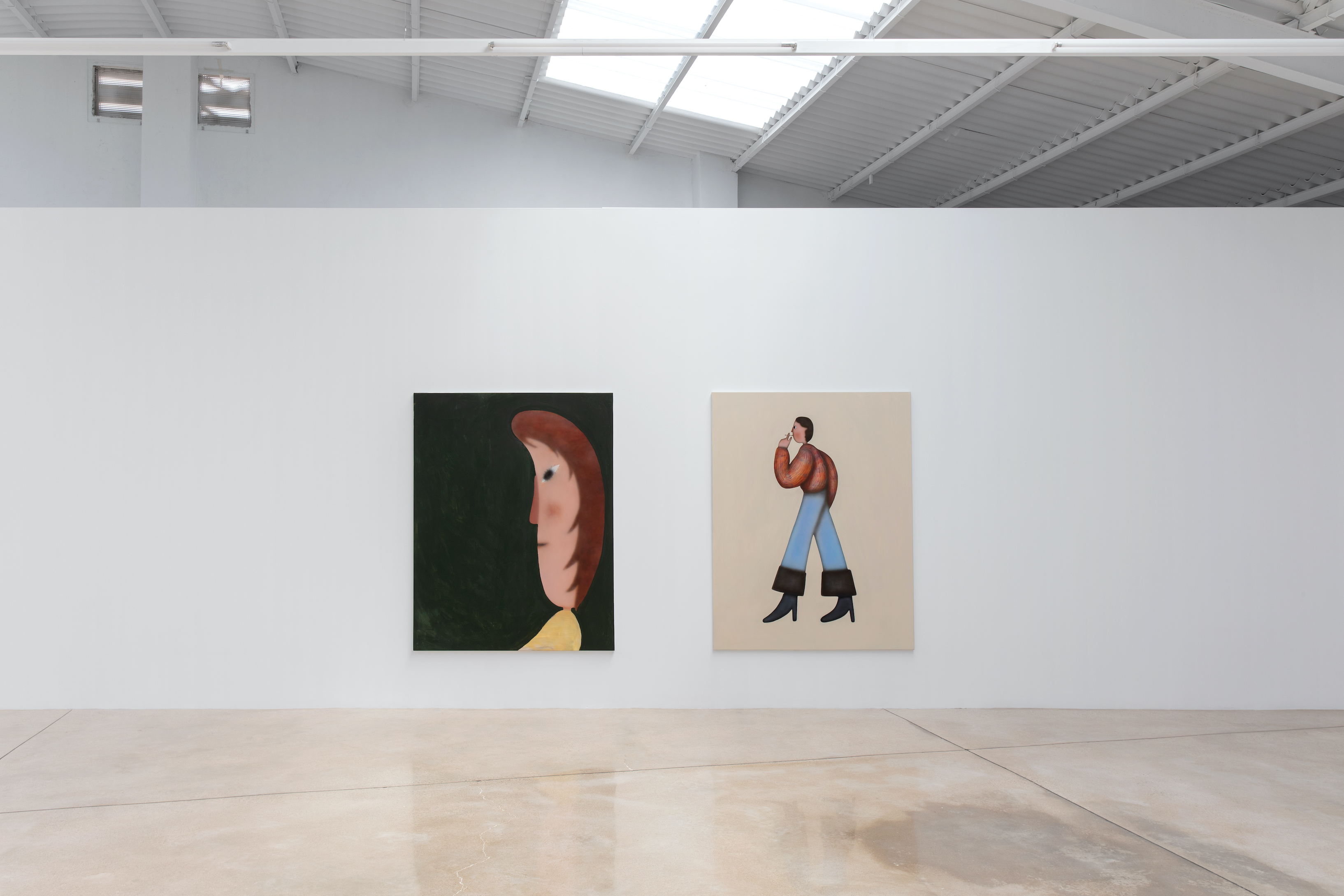 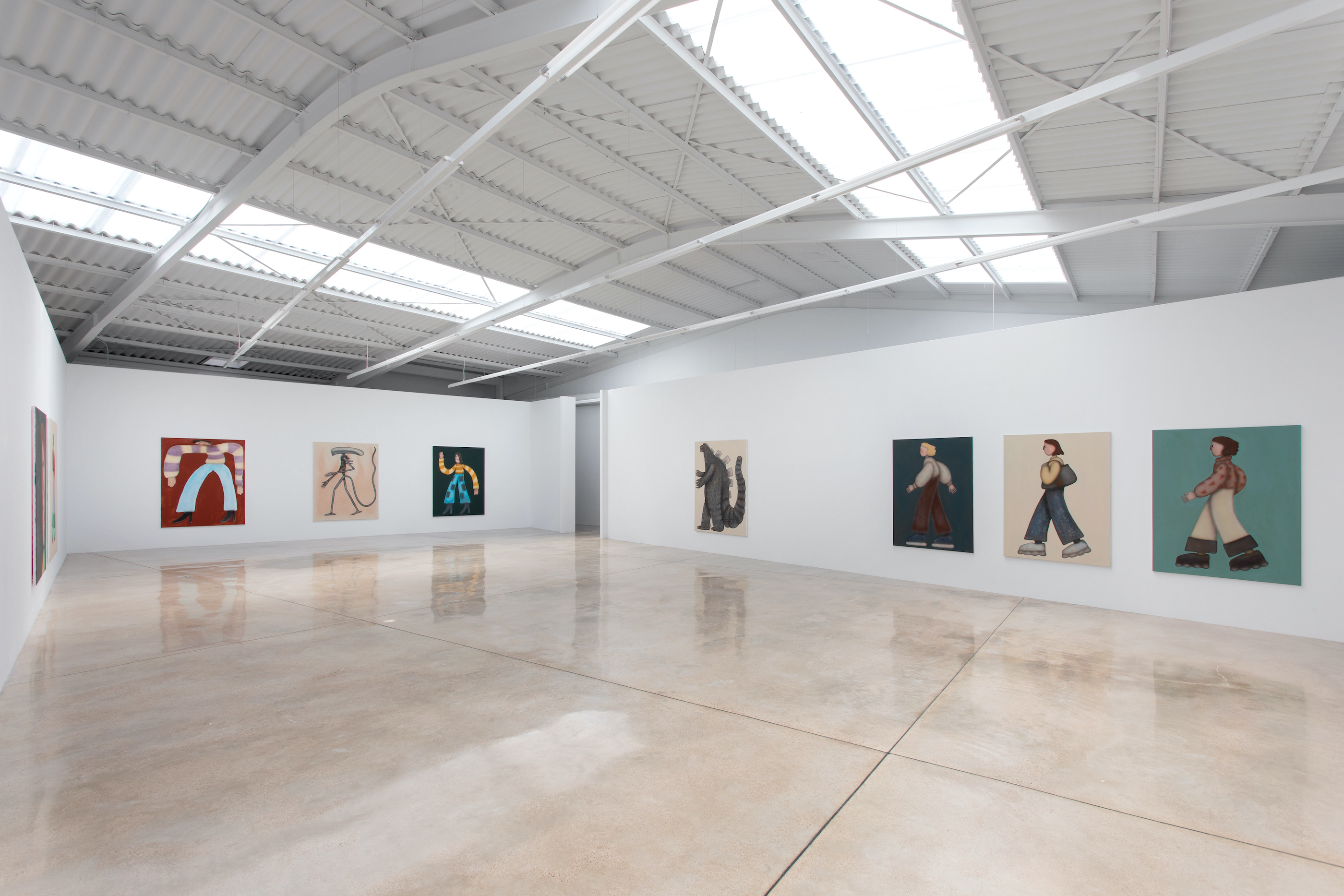 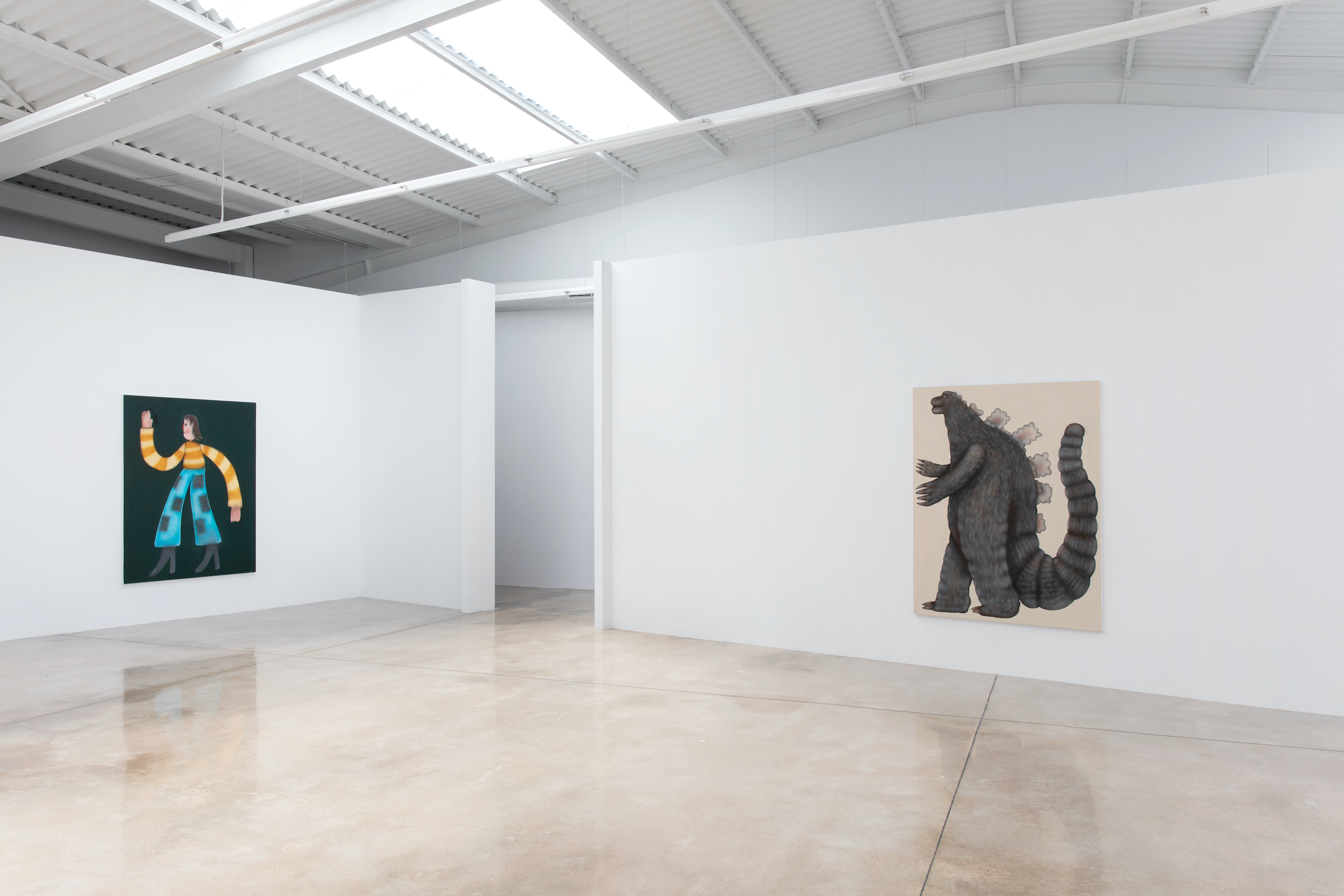 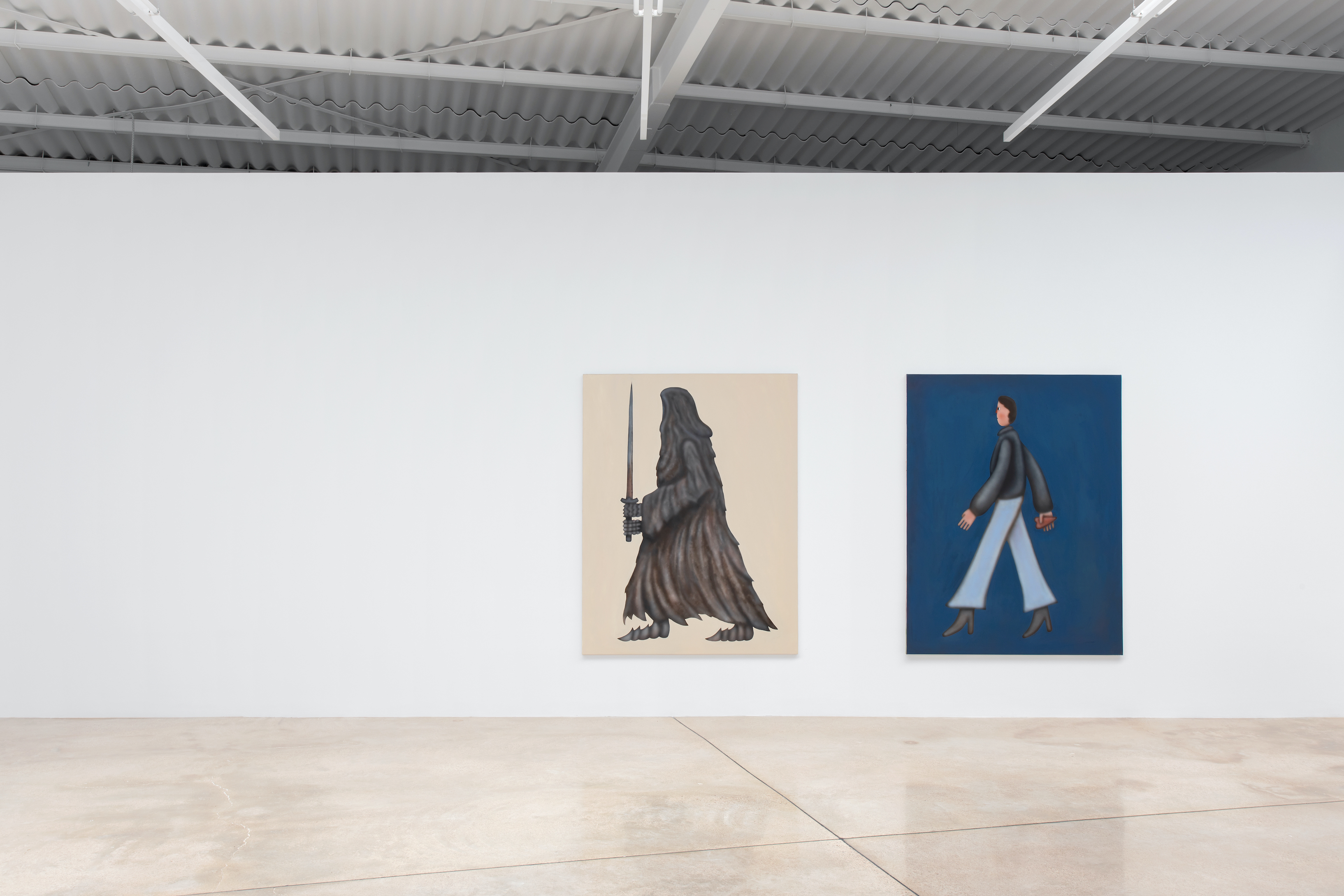 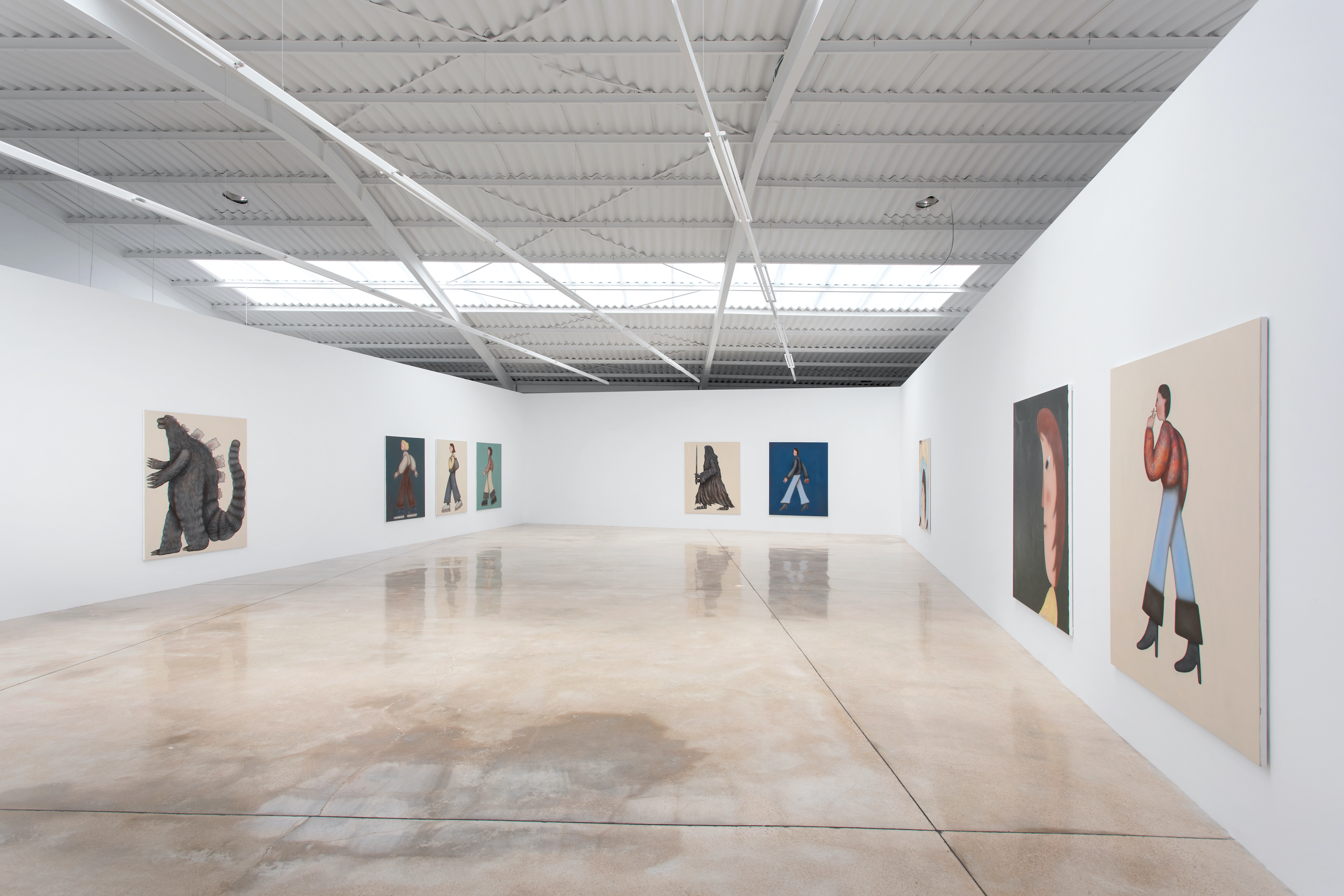