The concept that painting can exist as an energized and haptic environment into which the artist transforms performative gestures into elliptical structures is at the heart of Evan Nesbit’s art-making practice. Nesbit utilizes the sense of action inherent in abstract painting to supercharge his rough-hewn burlap surfaces, renegotiating these liminal spaces into what he terms “proprioceptive experiences.” In other words, paintings that use color and shape to embody an entire living history, to render not just the singular moment, but the entirety from which that moment is born and into which that moment will eventually recede.

Nesbit's paintings are formal inversions that visually develop as both an image and model of the provisional space in which the artist works. A kind of syntactical abstraction develops as a result of the chance operations of his process, following the margins along which semblance swings to reveal visual uncertainty. Thus, his images are never fixed, but are constantly transforming long after the paint has dried. Even the titles he gives his paintings - Projective Picture System, View Finder, Projective Strangers - suggest a constant, effortless transformation and the idea that systems of understanding are unreliable at best. It is this very unreliability that holds his attention.

His choice of materials - burlap, ink and dye, among others - further supports his interest in the ever- shifting non-pictorial surface wherein the texture of the burlap creates tension between the foregrounded objects and the visual space they inhabit. In some of the works, specific areas within the picture plane appear more raw and organic like continents butted up against each other, whereas in other paintings the shapes are more uniformly painted along sewn edges of burlap. For example, in Resting Painting, a sinking orange rectangle disappears behind another much larger square, or are they colliding, crashing into each other in mid-air?

The textured surface of the burlap creates a visual graininess, accentuating the alternating sensations of tension and fluidity between the objects represented and the permeable grids of burlap through which color is suspended. Nesbit renders a more locational and embodied sense of space within the material object, between the warp and woof of the burlap, on either side of the painting’s surface. The burlap fabric acts as a tactile interface through which the artists pushes and distributes paint, marking a charismatic absence that re-presents the accumulated stuff of proprioceptive experience. Nesbit uses this material process to develop a haptic sensitivity extending to all points across the surface, evenly distributing the censorial means for interpretation across the object through scrims of paint. 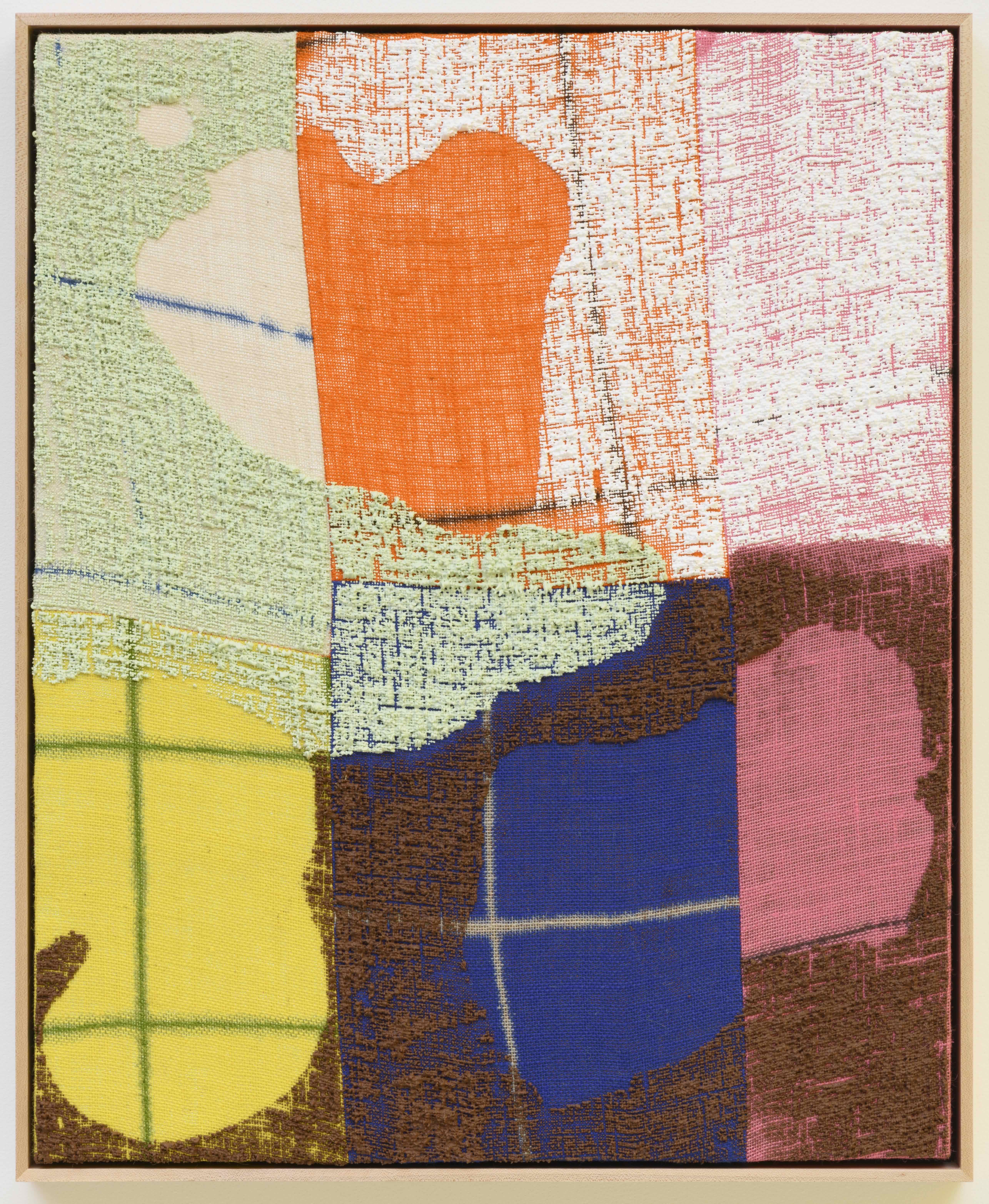 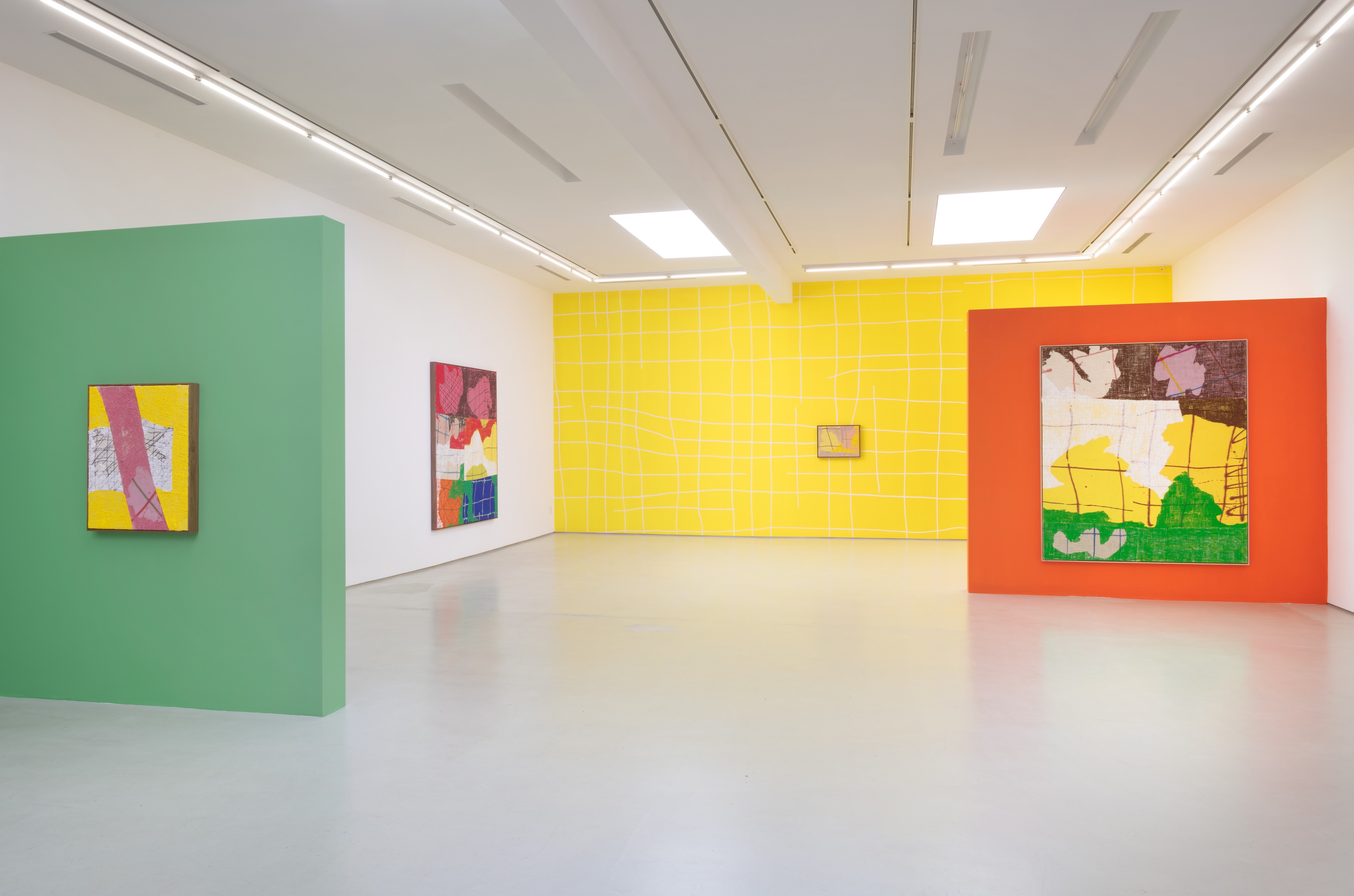 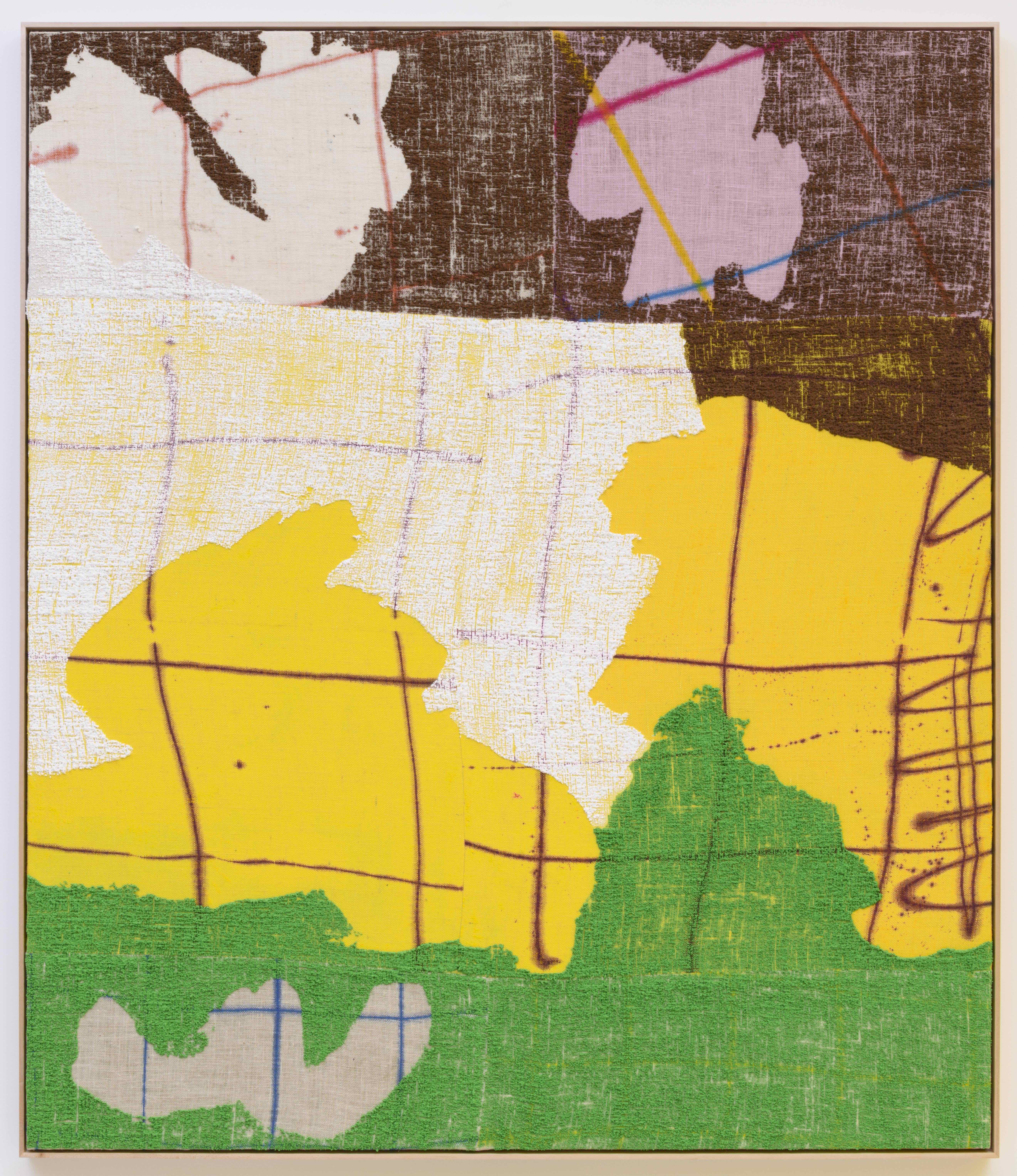 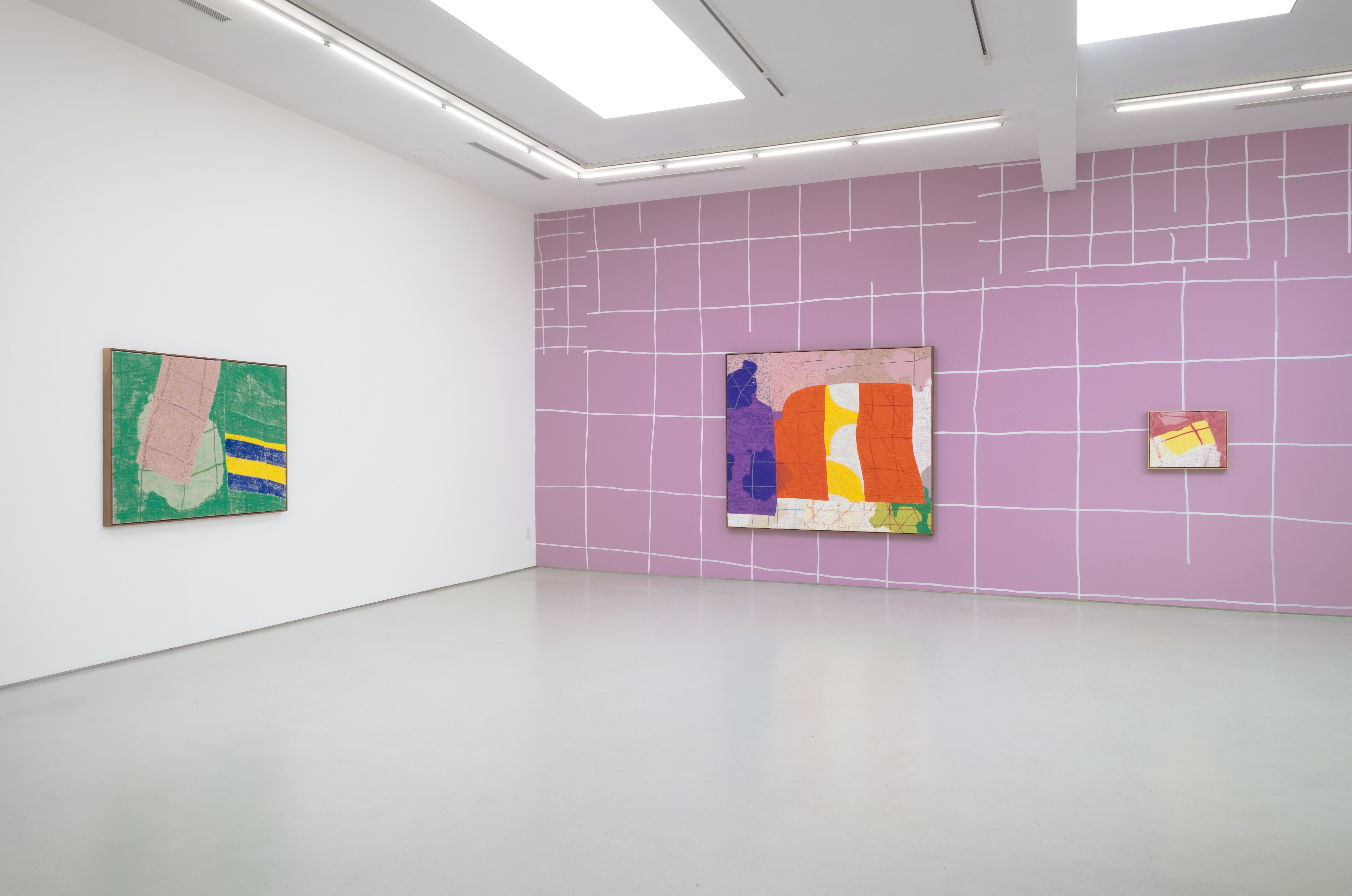 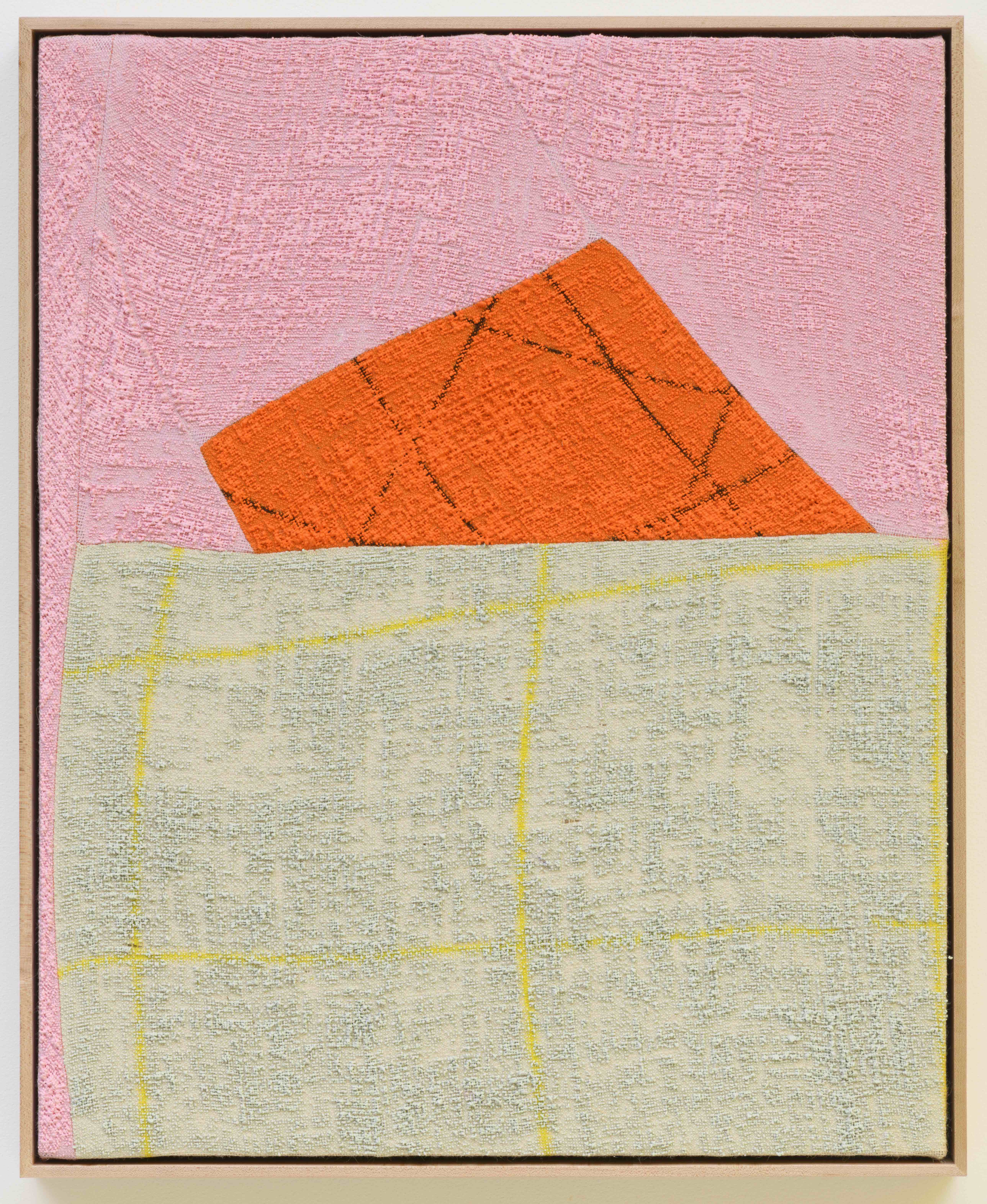 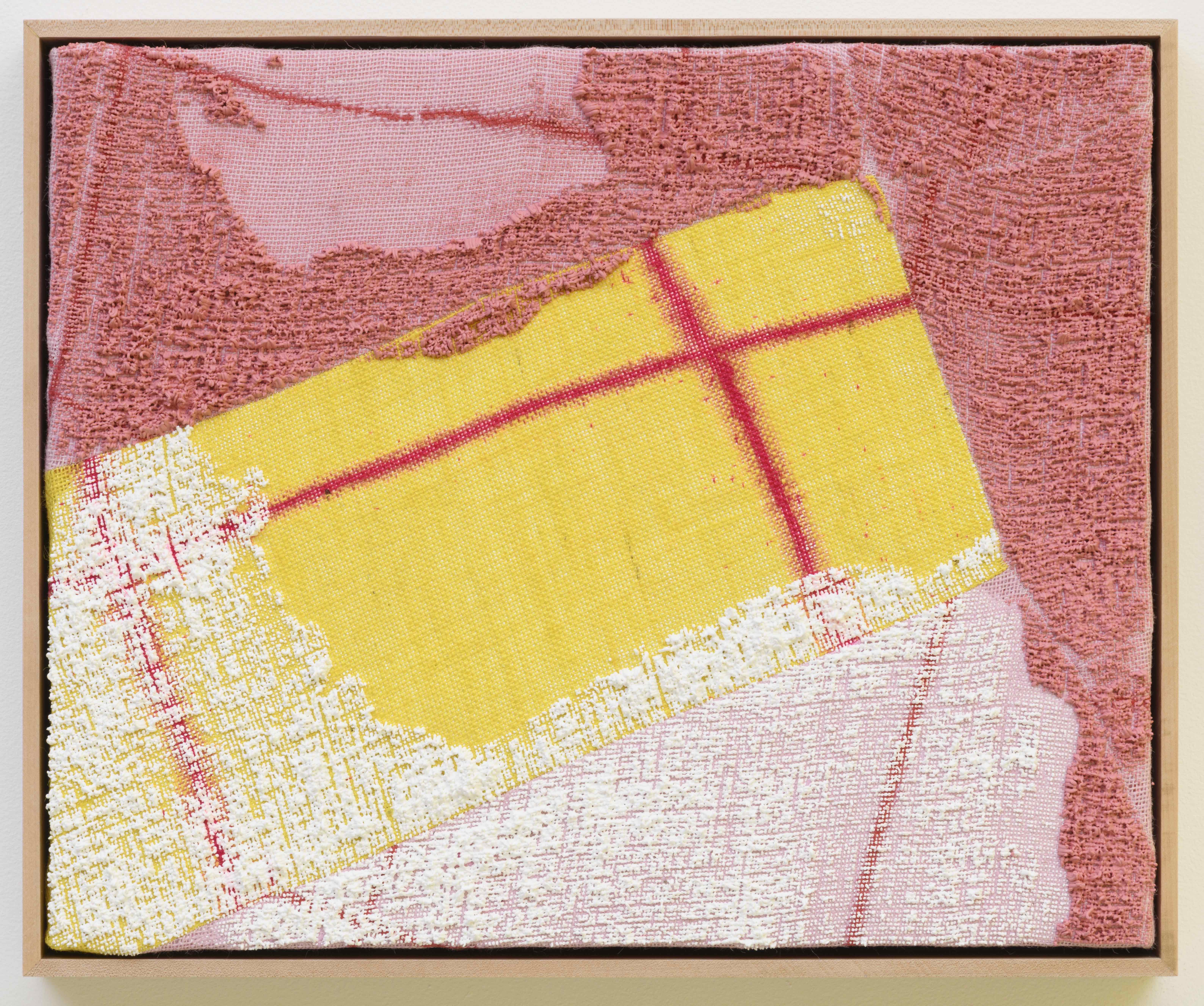 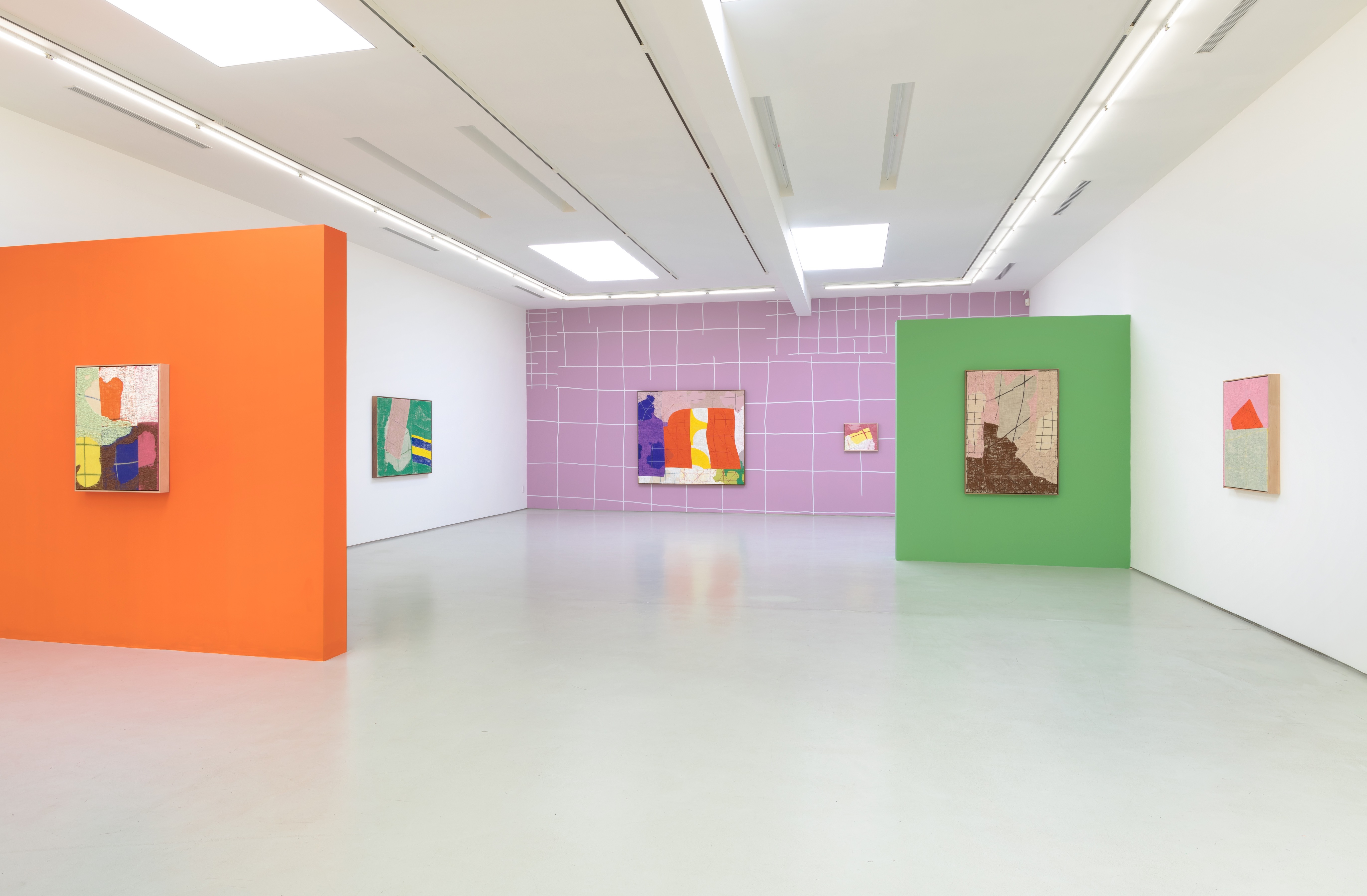 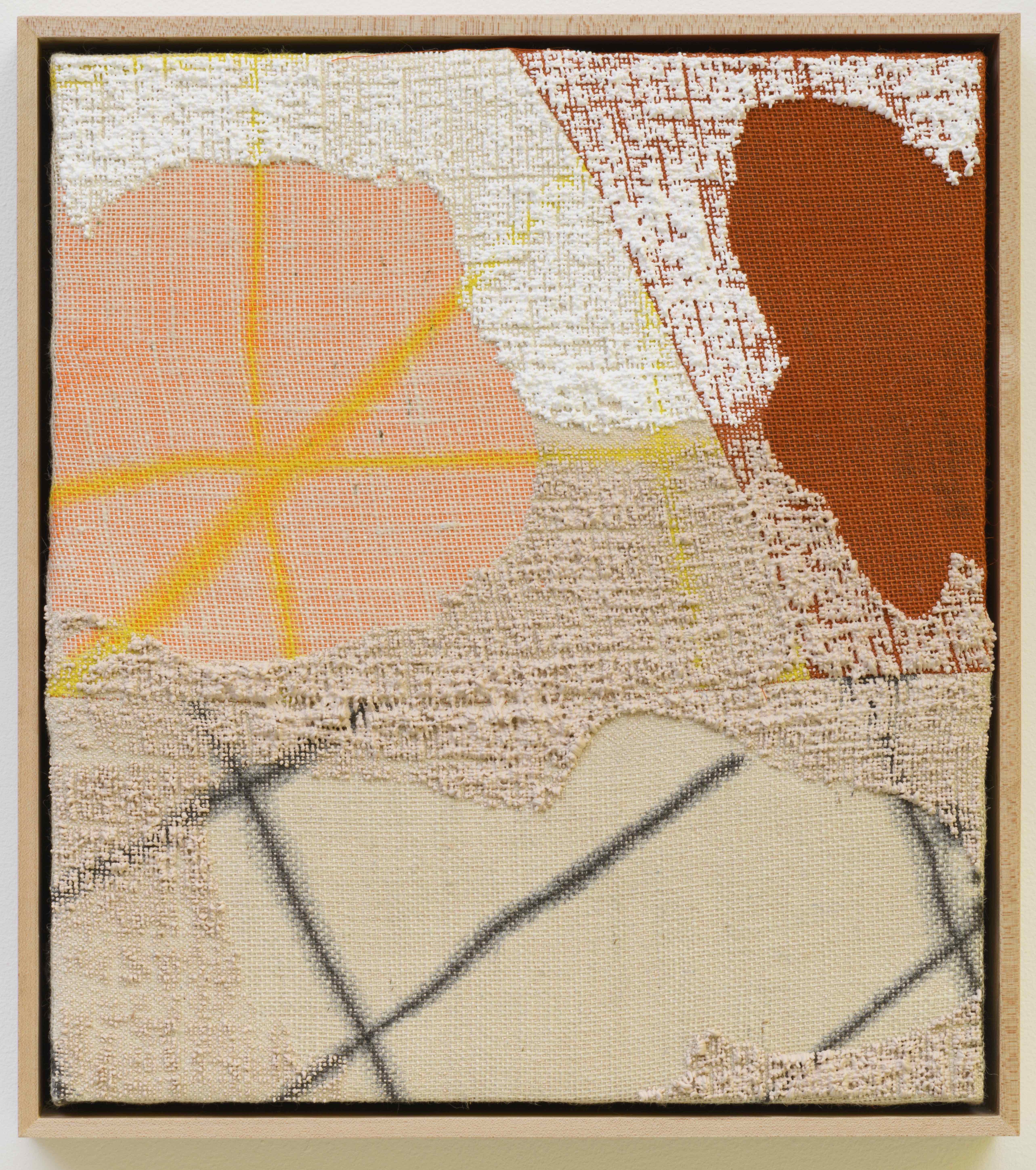