Oakville Galleries is delighted to present shape of a fever believer, the first solo exhibition in Canada of the work of Los Angeles-based artist Diedrick Brackens. Known for his hand-dyed, hand-woven tapestries, Brackens combines figurative and abstract iconography to allude to larger cultural, political, and allegorical narratives. Within his intricate, large-scale work, he coaxes emotive, meditative reflections on dark, fractured histories and interweaves sensations of tenderness, trauma, healing, and legacy against a backdrop of American life.

Taking place at Oakville Galleries at Centennial Square, Brackens’ exhibition brings together a selection of his recent textile work. In this new body of work, the artist centres on the metaphoric and lived experience of fatality associated with disease and sickness, namely HIV/AIDS and its disproportionate effect on Black, queer, and other marginalized communities. A series of silhouetted black figures against abstracted landscapes of colour participate in rituals and fantasies of desire and kinship. His repeated use of bare silhouettes, along with allegorical symbols—mosquitoes, veins, fire—lend to the creation of a collective mythology.

As told through the body language of each depicted figure, Brackens’ stories are rooted as readily in vulnerability and care—the beauty and joy they can provide—as in danger, brutality, and intergenerational trauma. Brackens tenderly and compassionately engages in a resignification of disease, seeking to liberate infection from its malignant pathologies and to realize intimacy, freedom, and vigour for his subjects. With each scene, he engages with the affects of the Black experience in the United States, past and present.

Equally important as the iconography is the cultural significance of his process-based approach. Brackens connects a broad spectrum of references: American literature and folklore; textile traditions spanning West Africa, Europe, and Americas; and the artist’s own cultural and religious upbringing in the Southern United States. Working with materials like cotton—materials that connect to the legacies of Brackens’ ancestry and the residual traumas of the Transatlantic slave trade—and often alternative dyes like tea, wine, and bleach, he engages in the possibilities and stories bestowed by textile traditions.

Oakville Galleries is a not-for-profit contemporary art museum. Housed in two spaces—one alongside a public library in downtown Oakville, and another in a lakeside mansion and park—Oakville Galleries is one of Canada's leading art museums, driven by a belief in the singular power of art and artists to deepen our understanding of ourselves and our communities and move us toward a better world.

Oakville Galleries is located on Treaty Lands and Territory of the Mississaugas of the Credit First Nation and the traditional territory of the Huron-Wendat and the Haudenosaunee. As an institution, Oakville Galleries recognizes the importance of establishing and maintaining meaningful and respectful relationships with the original inhabitants and keepers of the land, and we are grateful for the opportunity to operate on this territory. 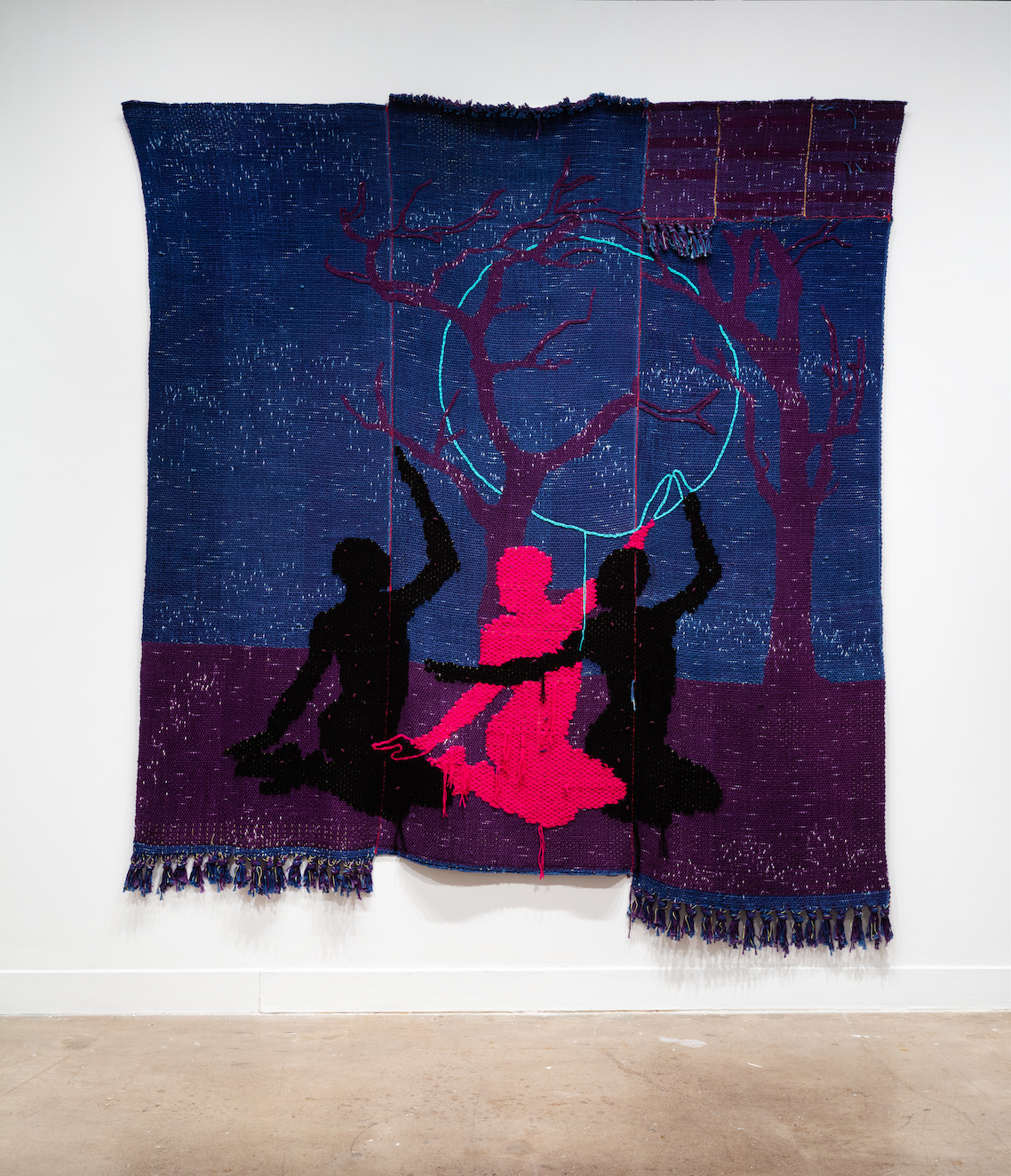 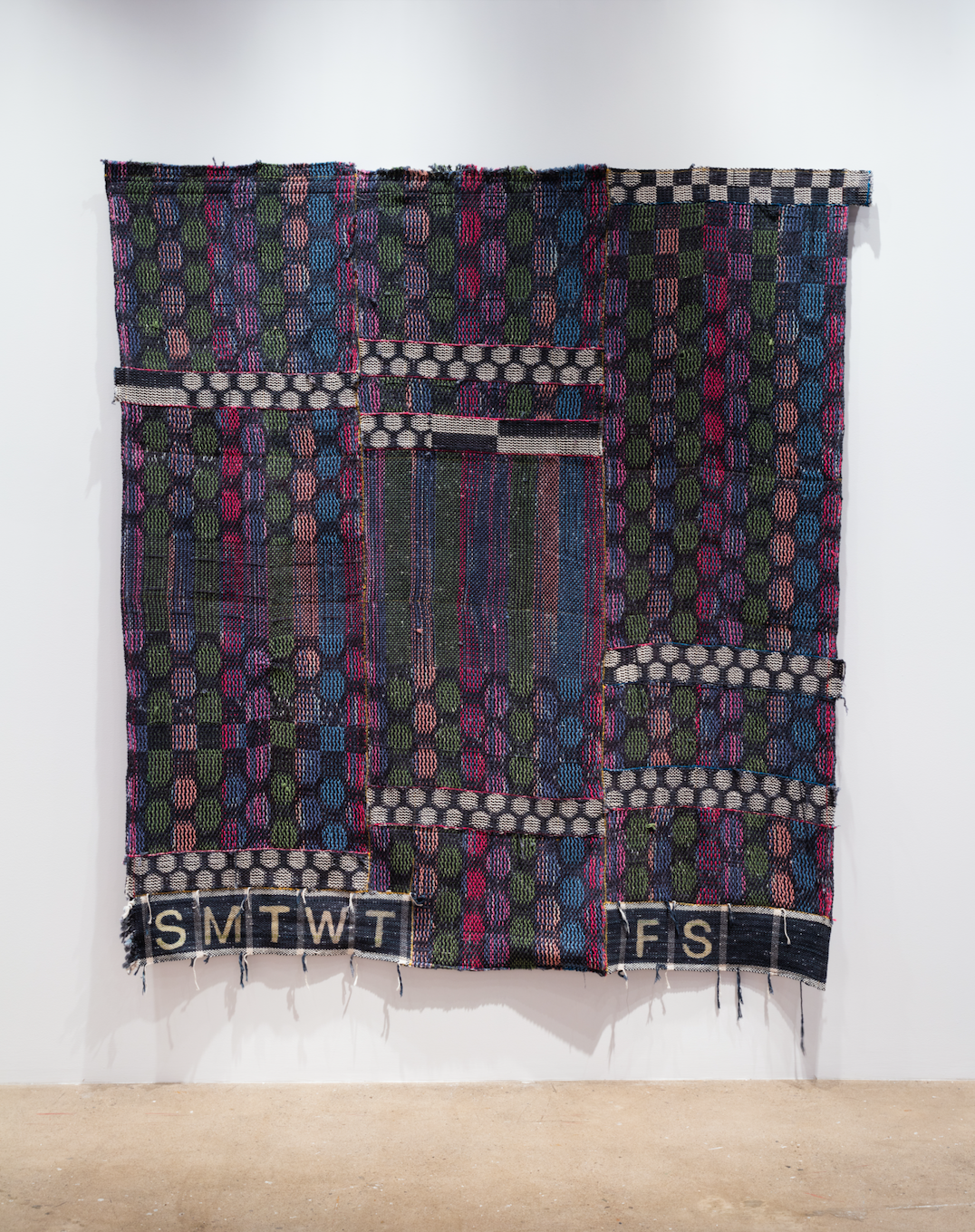 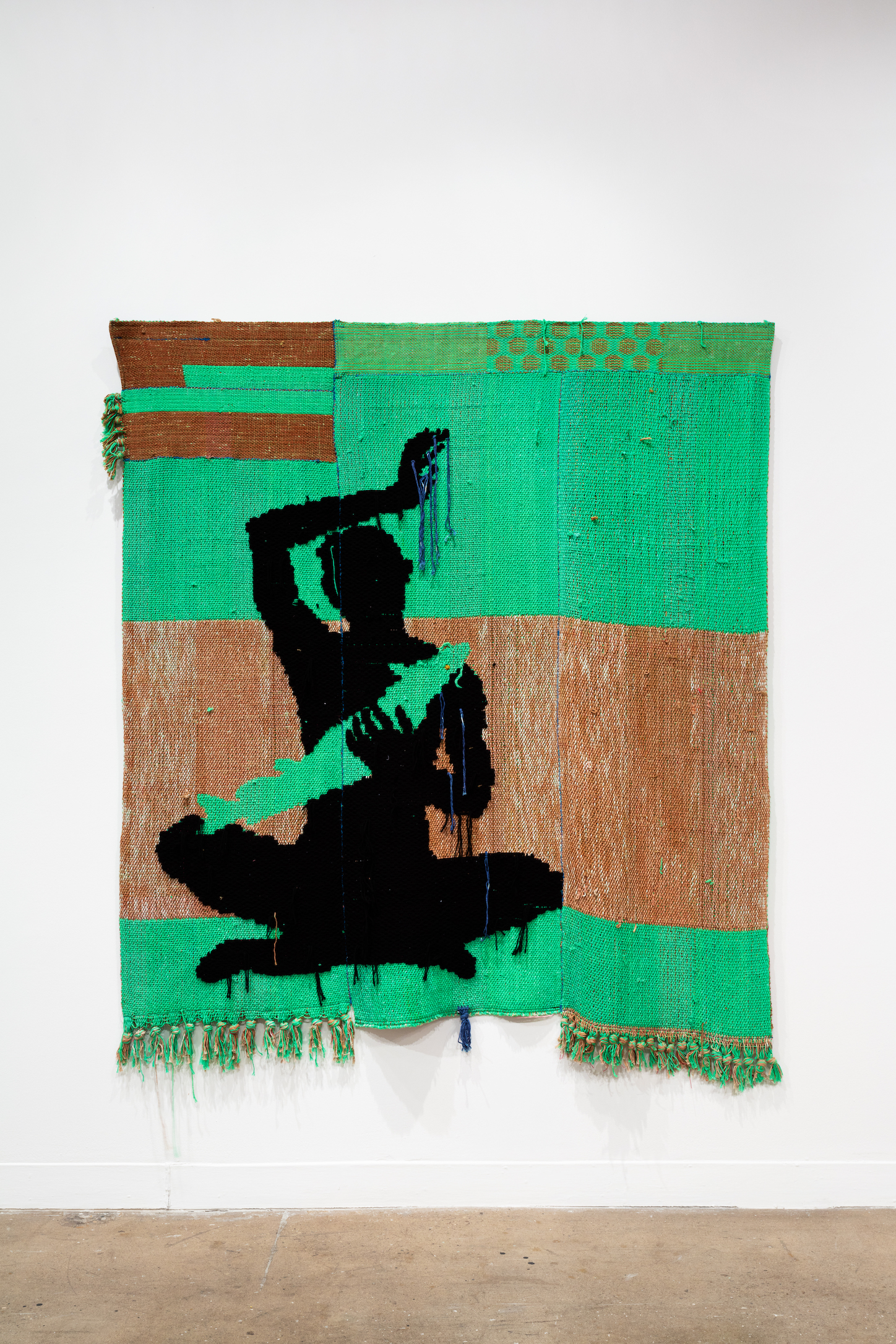 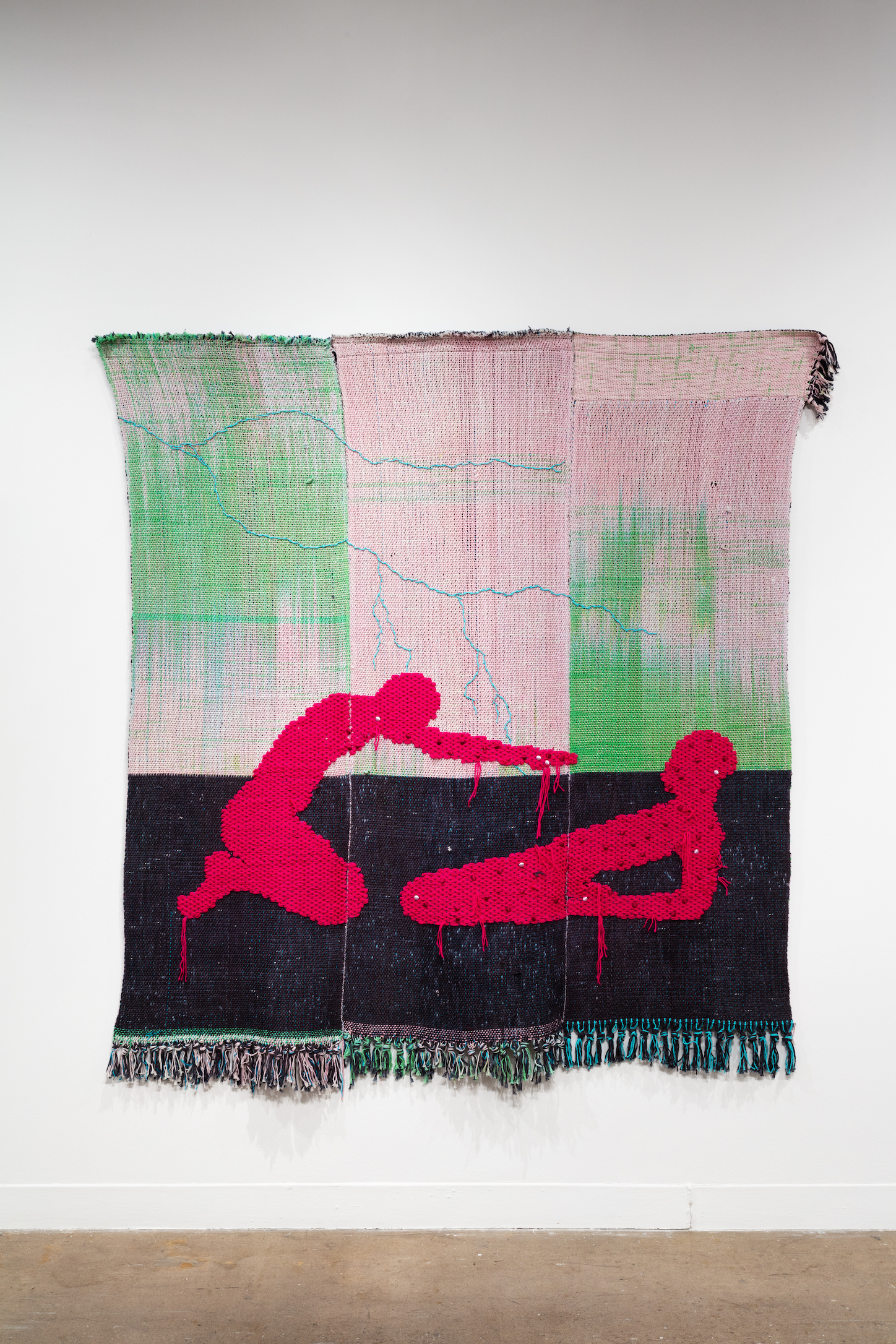 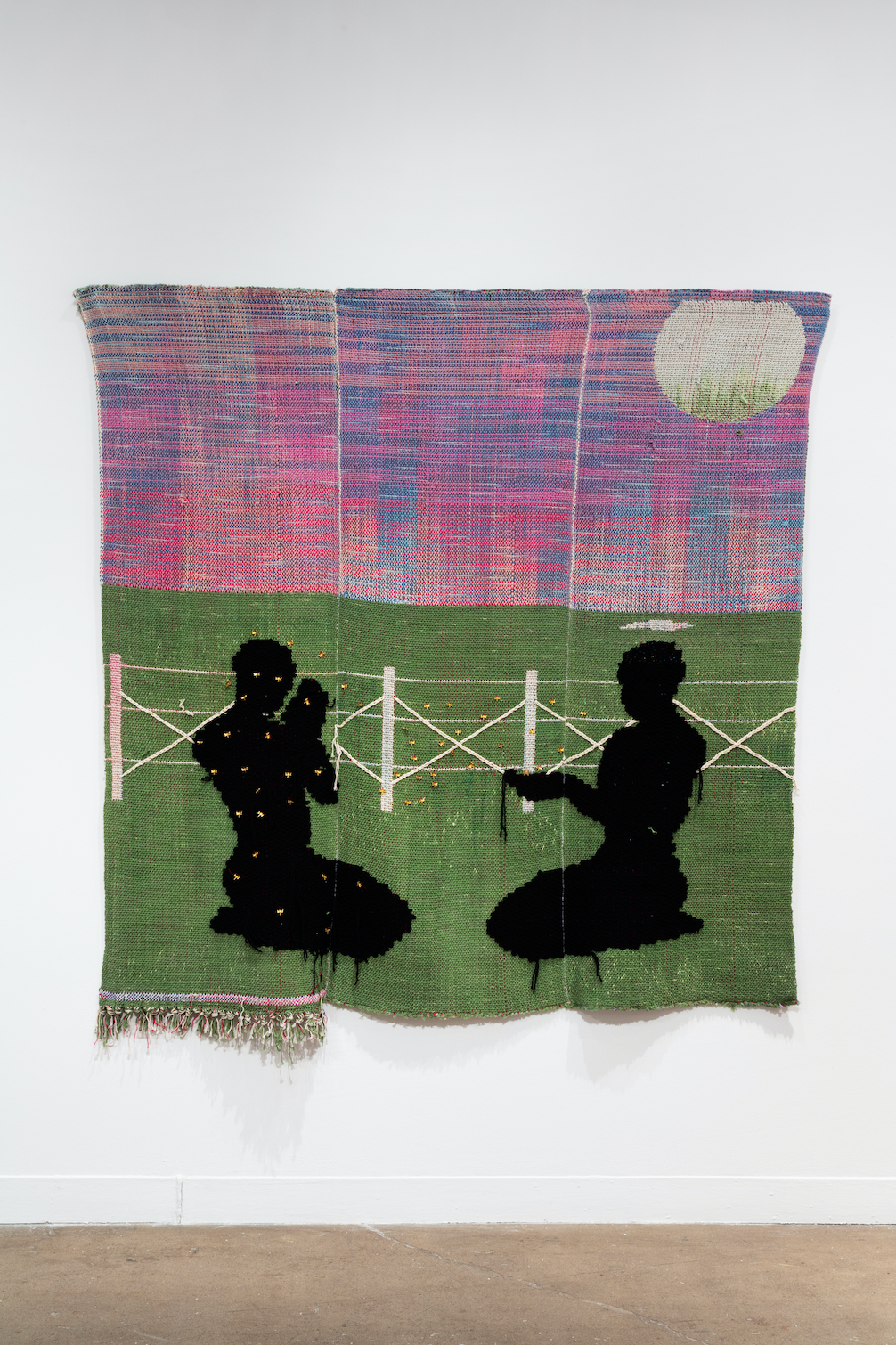 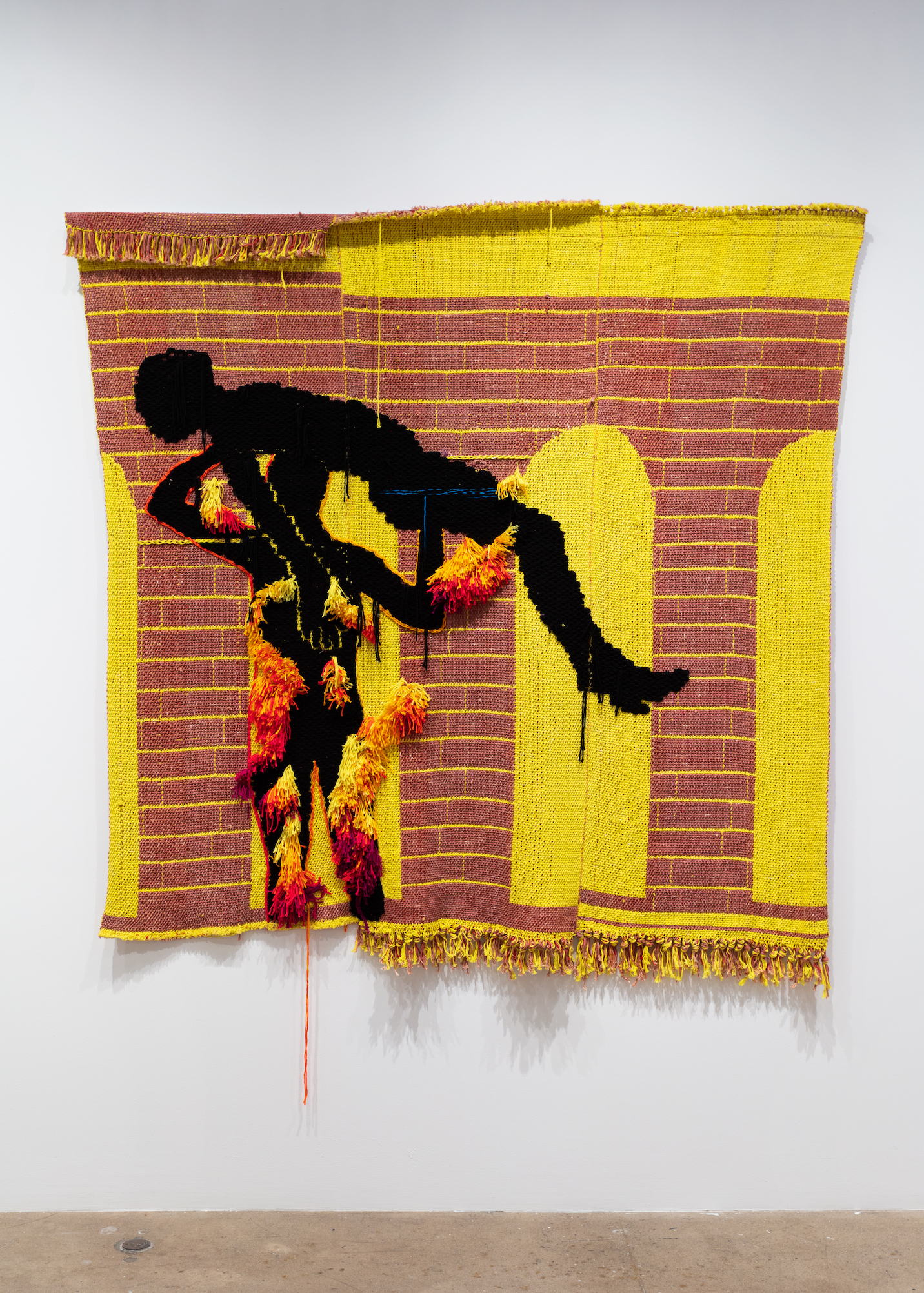 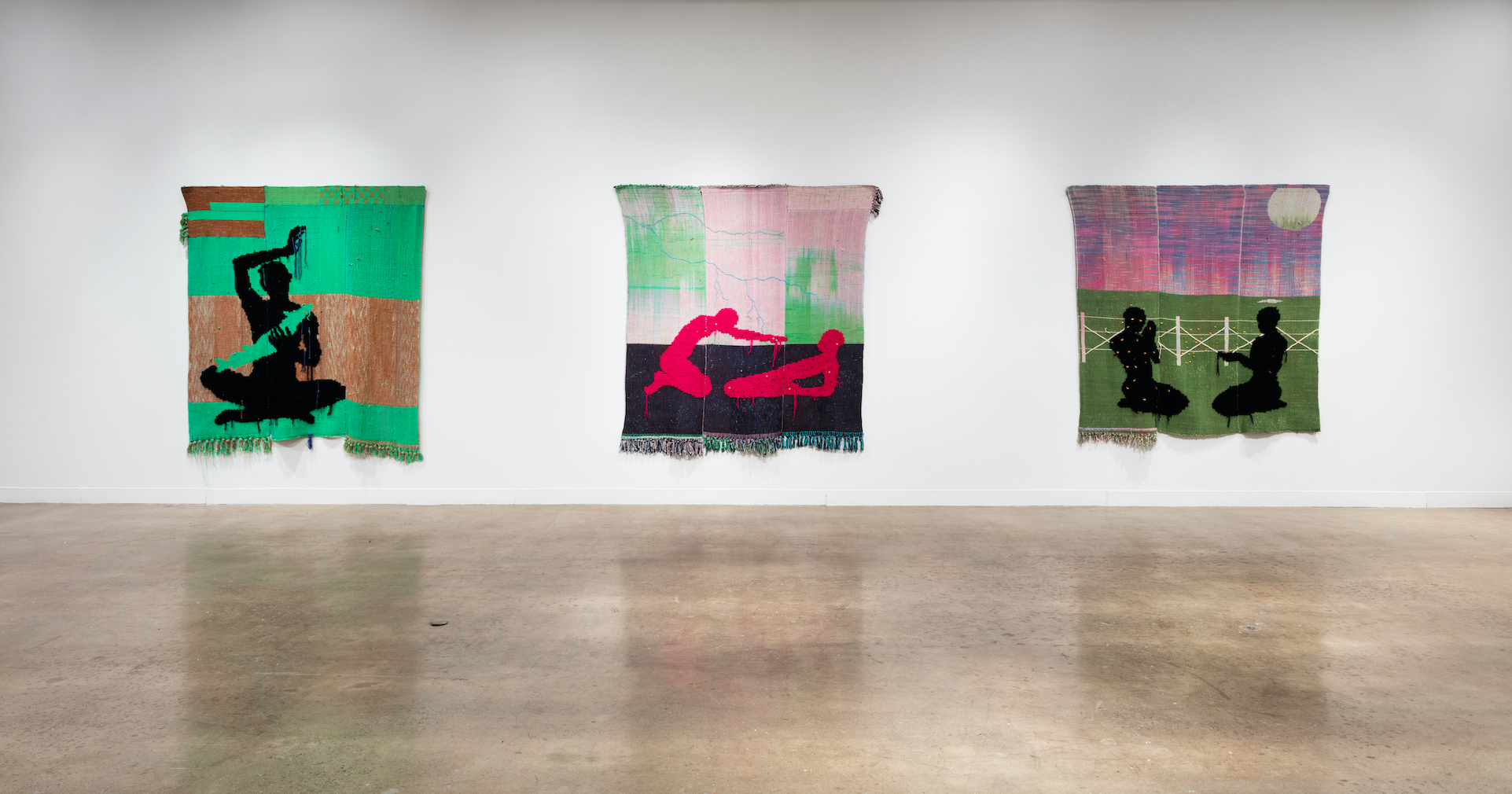