Peres Projects is pleased to present Diálogos Remotos, Dalton Gata’s (b. 1977, Santiago de Cuba, Cuba) first solo exhibition in Berlin. Born in Cuba and based in Puerto Rico, Gata’s work operates across multiple registers; the symbolic, political, as well as the personal to address themes of migration, desire, and consciousness.

In Diálogos Remotos Gata invites us into an imagined home and the six paintings on view are set in various rooms, looking out at the world beyond their walls. Their compositions hover between the intimacy of private interiors and distant vistas and are populated with details from the Gata’s real life and home – a photograph of the artist as a baby, the terrazzo flooring in his studio. These instances of the real are haunted by their own instability, as with the bloodied floor under the tiger’s lunch, and the sleek equine figure with a human face, uncanniness populates each canvas. Gata’s domestic spaces draw on an association of familiarity and safety while simultaneously offering unsettling revelations into the unconscious mind – that which is dreamed, the ego and its projections. We are asked to traverse both Gata’s real and psychic spaces.

The characters in this body of work take on lives that extend and diverge beyond the originator, usually the artist’s own friends and family. They are arranged in constellations reminiscent of Renaissance portraiture, rigid in posture, icily returning the gaze of the viewer, they seem to make a claim for their own agency and inner world. The feminine figures in these works are unapologetic, centered in the composition, adornments to the body like hair and heels act to extend and facilitate the occupation of space. Gata’s luminous and vivid paintings are celebrations of these figures, reverent and enamored, Gata builds his house to commemorate them. Besides evoking the canon of renaissance painting, Gata’s work builds upon Latin American Surrealism, drawing on his own background, foregrounding the overlapping cultures of the Caribbean which are deeply rooted in African and Spanish histories.

The spatial field in these works is extended by the gaze of the figures, who look out at lush and mysterious landscapes or bright skies, where depth is simultaneously flattened and elongated. Gata reveals the capacity of desire to construct an image of proximity, which ultimately exacerbates a feeling of remoteness. This focus on the window and the gaze outward is evocative of a sense of ennui and loneliness, a meditation on isolation and kinship, the individual and our capacity for intimacy.

Gata’s house resembles the form of the exquisite corpse, an assemblage, operating through humor and melancholy alike, which builds upon itself as we navigate from painting to painting. As the gap between our daily lives and the bizarre closes, Gata presents a group of works that draws on the visual language of surrealism and stylized realism to situate us in a liminal, crossover space – between dreaming and waking life, fantasy and reality. His work centers this hybridity, with characters that include fusions of multiple creatures, bodies, and temporalities. Gata’s canvases explore the liminal border zone between fantasy, reality, familiar, grotesque, uncanny, urbanity and the rural. 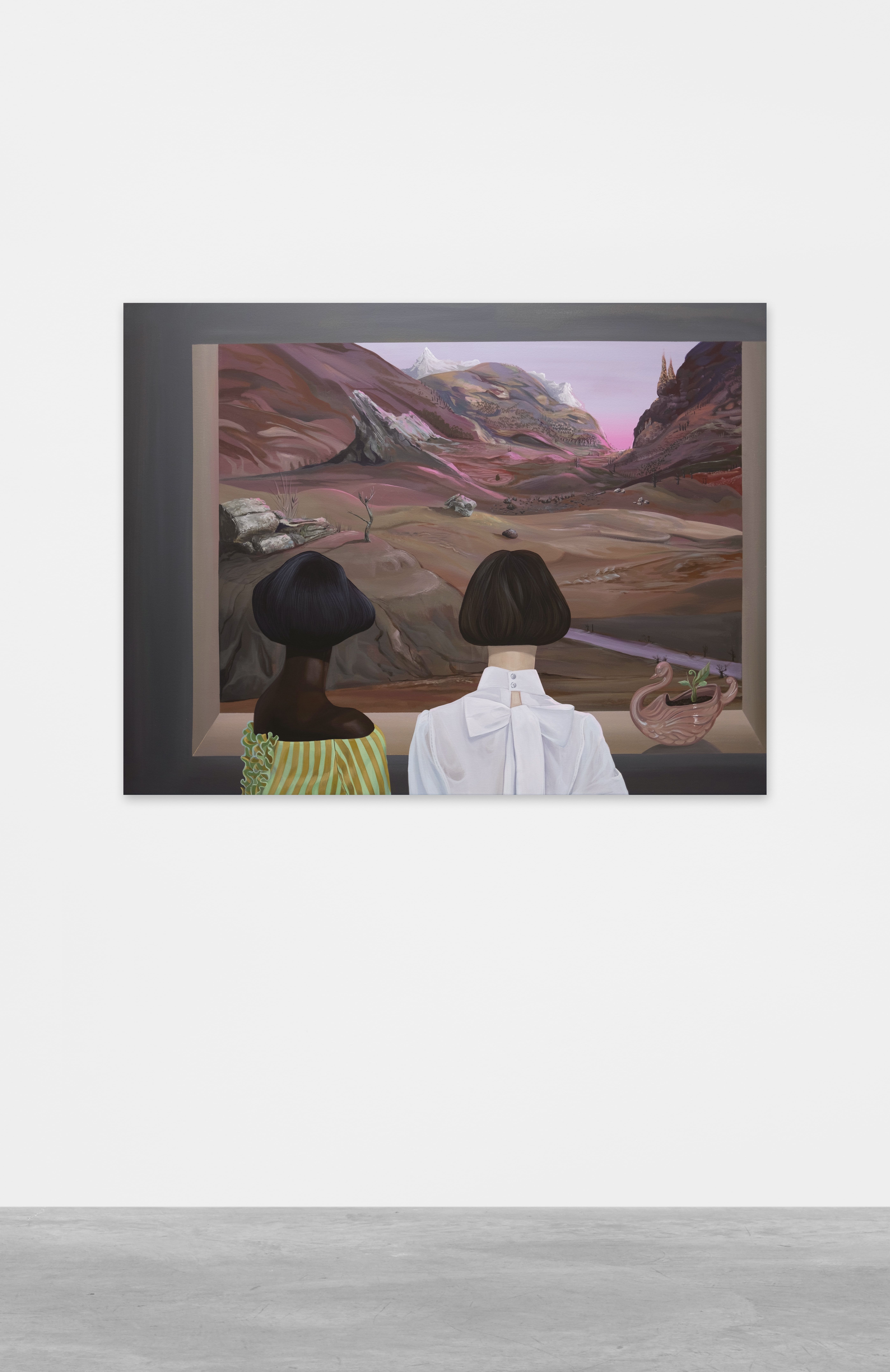 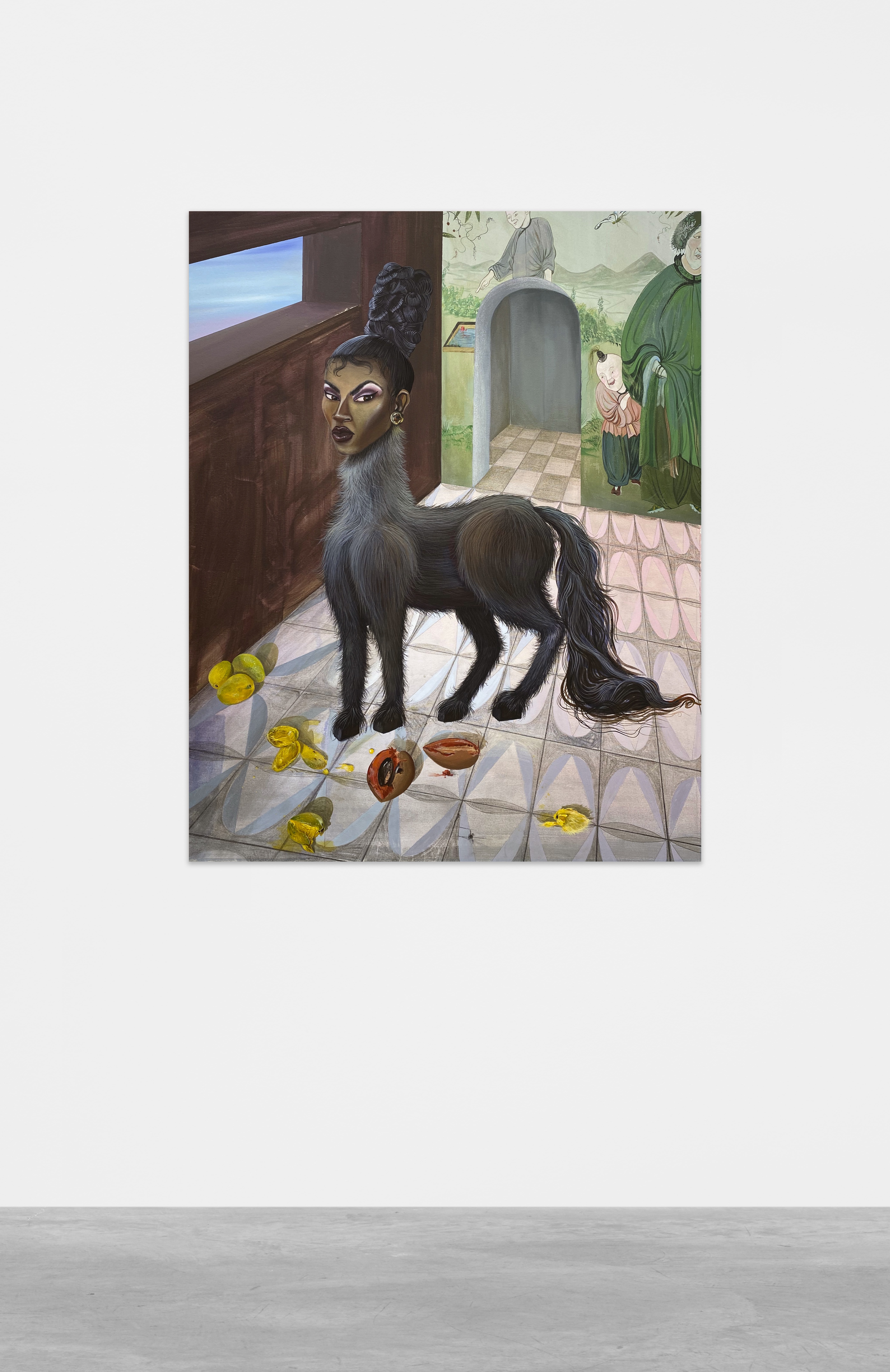 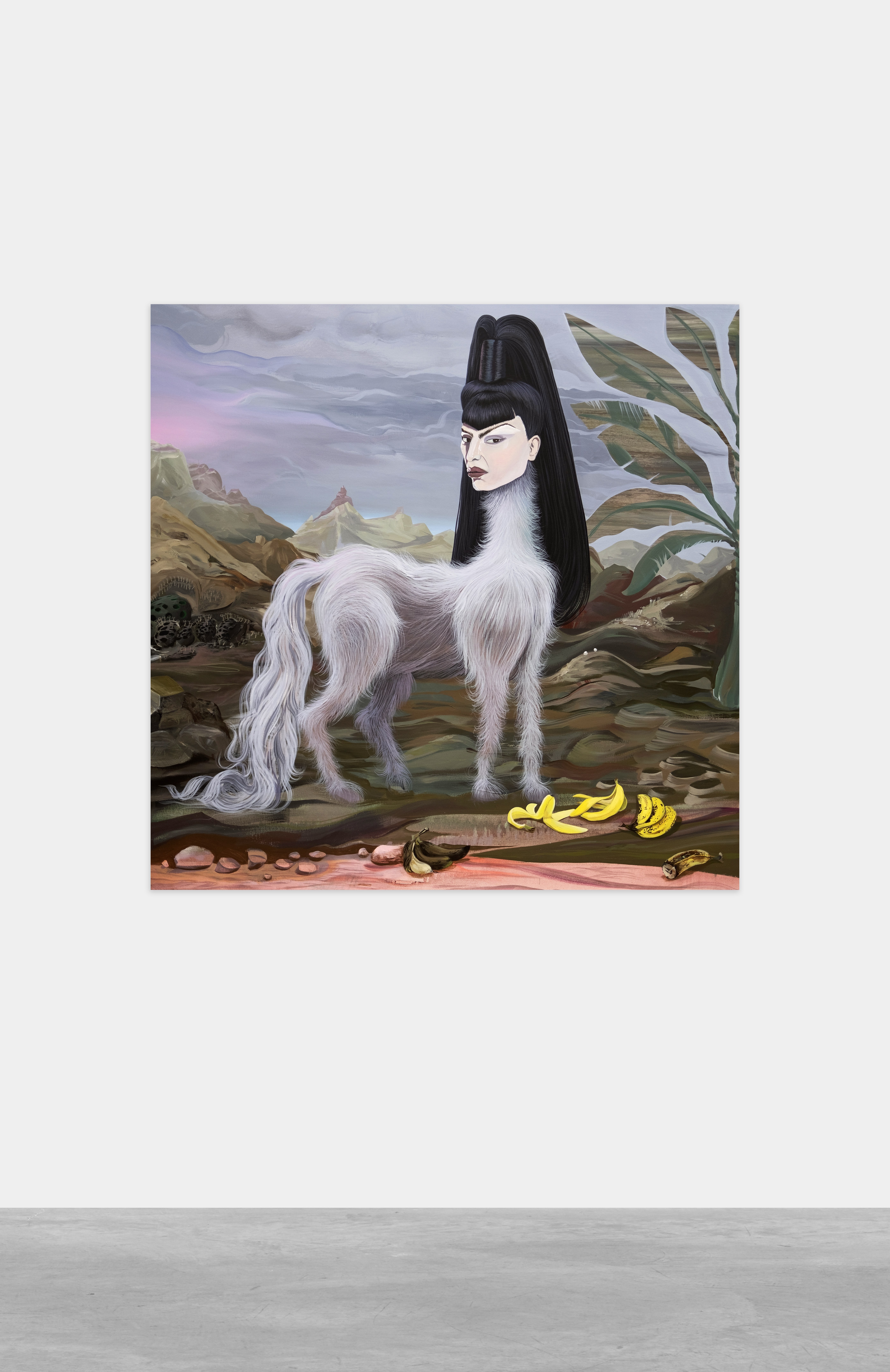