In the spring of 2022, the Dutch-Peruvian artist Ciro Duclos (Amsterdam, 1991) traveled to Japan to install a work at the Dover Street Market Ginza store, shown alongside Botter’s SS22 Collection. In A Lure (2022) we see a bait in a water-filled aquarium. A current is introduced into the water on both sides by letting air into the tank. The bait dances willingly on the current. The work imitates real life, the bait is indistinguishable from a real fish. The installation can now be seen in Duclos’ first solo exhibition at Everyday Gallery and summarizes the theme of the exhibition well. In Obedience, Duclos undertakes an artistic investigation into subversive feint movements: actions that appear to obey what is expected of us, but in fact undermine the existing order. Beneath obedience lies subversion and resistance.

Ciro Duclos was born in Amsterdam, near the famous Bijlmerbajes. After his studies at the Academy of Fine Arts in The Hague, he developed an idiosyncratic art practice that always relates to his own environment and history. The emigration history of his father, who emigrated from Peru to the Netherlands as a dancer, instilled in him a delicate sense of political boundaries. And his childhood in the urbanized suburbs of Amsterdam shaped his playful handling of fences, gates and concrete walls. We see this reflected in his work both in theme and material.

Entering the exhibition, you immediately encounter a proverbial wall that forces you to adjust your walking route. It is a work from the Wall series that visitors cannot simply pass by. As a visitor, you are then confronted with your own reflection in Frontera, a work based on a fence that Duclos dug up in 2021 on the former site of the demolished Bijlmerbajes. The work is part of a series of fences that Duclos has collected from Peru to the Netherlands and transformed into art that questions the idea of a border. It is paradoxical that the fencing in this case was stolen from one of the most notorious prison complexes in the Netherlands; and it is precisely this search for paradoxes that characterizes Duclos’ artistic practice. The Bijlmerbajes was founded in 1976 and has long been one of the most notorious penitentiaries in the country. The strong emphasis on community spirit and public space should have been the complex’s major asset. It was, but not in the way the designers thought. Notorious Dutch criminals passed through and formed a social network. Eventually the prison was demolished because the land had become too lucrative. The city of Amsterdam put everything on sale.

Duclos plays with the history of his own city in a subtle and unique way. What was once a fence to keep people in, is Obedience a boundary that prompts visitors to reflect on their own boundaries and willingness to obey. What was once thrown away as waste material has been converted back into art by Duclos. And all that by stealing the fence. Duclos plays with contradictions and takes them down seamlessly.

We see the same happening in the Wall series and Mold Paintings that Duclos exhibits. These are series that the artist has been working on for some time. Duclos works in his art with different media and with different materials. An important principle here is that nothing should be lost. For the Wall series, he collects the residual materials from other works and pours them into a mold. Cement, wax, wood, plastic and other materials come together to form an accidental sculpture. The mold is not thrown away but forms the basis for the Mold Paintings. In the Wall serie and Mold Paintings, Duclos skillfully plays with the unpredictable way in which the materials react to each other.

Attention to the material is of the utmost importance: as an artist, Duclos moves with his material, just as he moves with his environment. Whether it concerns Japan or the Bijlmerbajes, the artist absorbs it and obeys the environment. But is this a feint? The materials react to each other and resist each other, the unpredictability must be embraced. What used to be residual material becomes art again.

In this way Duclos interweaves life and art. Because Japan was still closed, the artist had to fill out a mountain of paperwork. Vaccines, boosters and visas: playing along to cross borders. In Obedience Duclos reports on this experience in an artistic way. Just like the bait in A Lure he goes through the motions, as we see in the paperwork exhibited in the expo. But what is real and what is false? In Obedience, Duclos performs an artistic dance that defies the distinction. 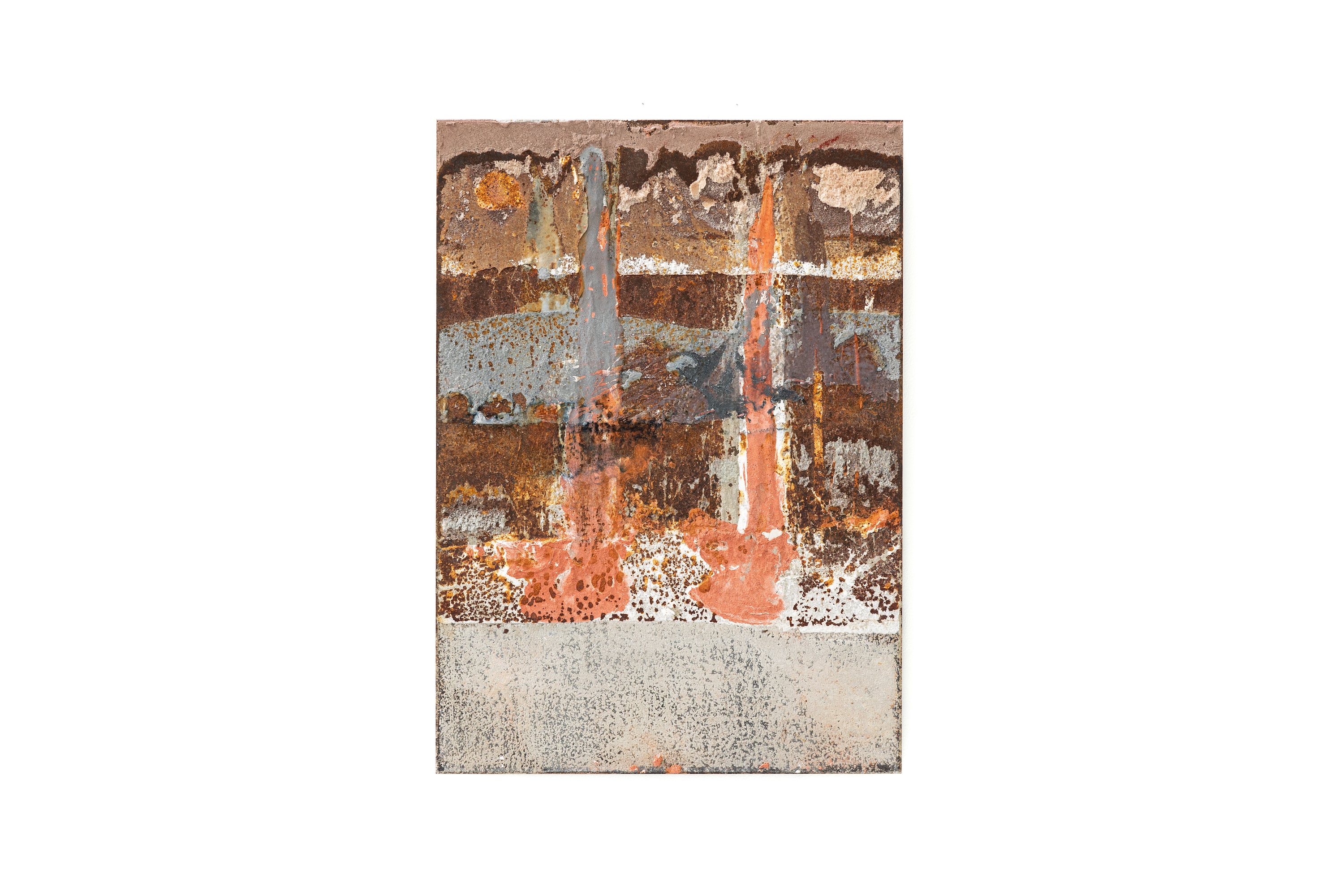 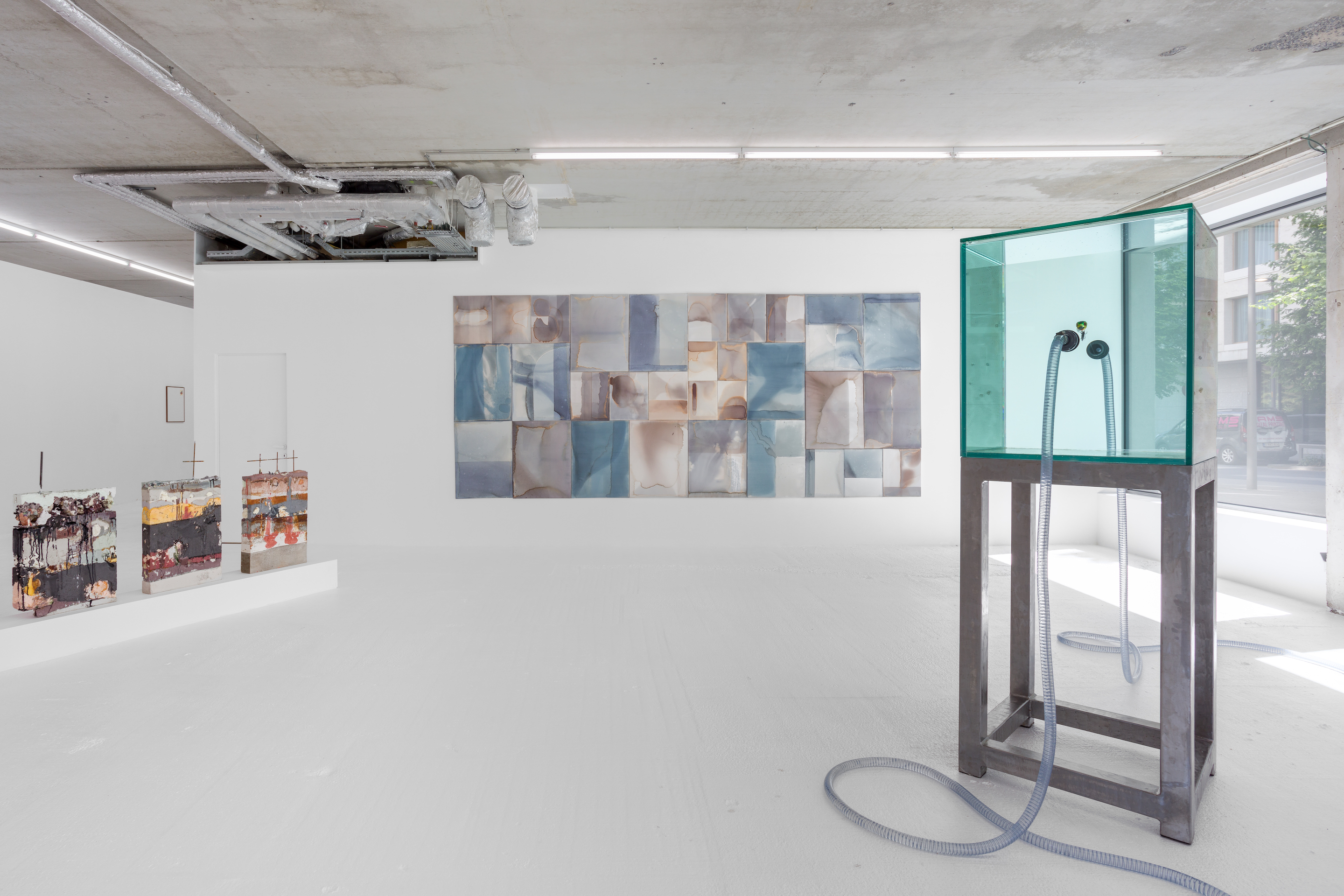 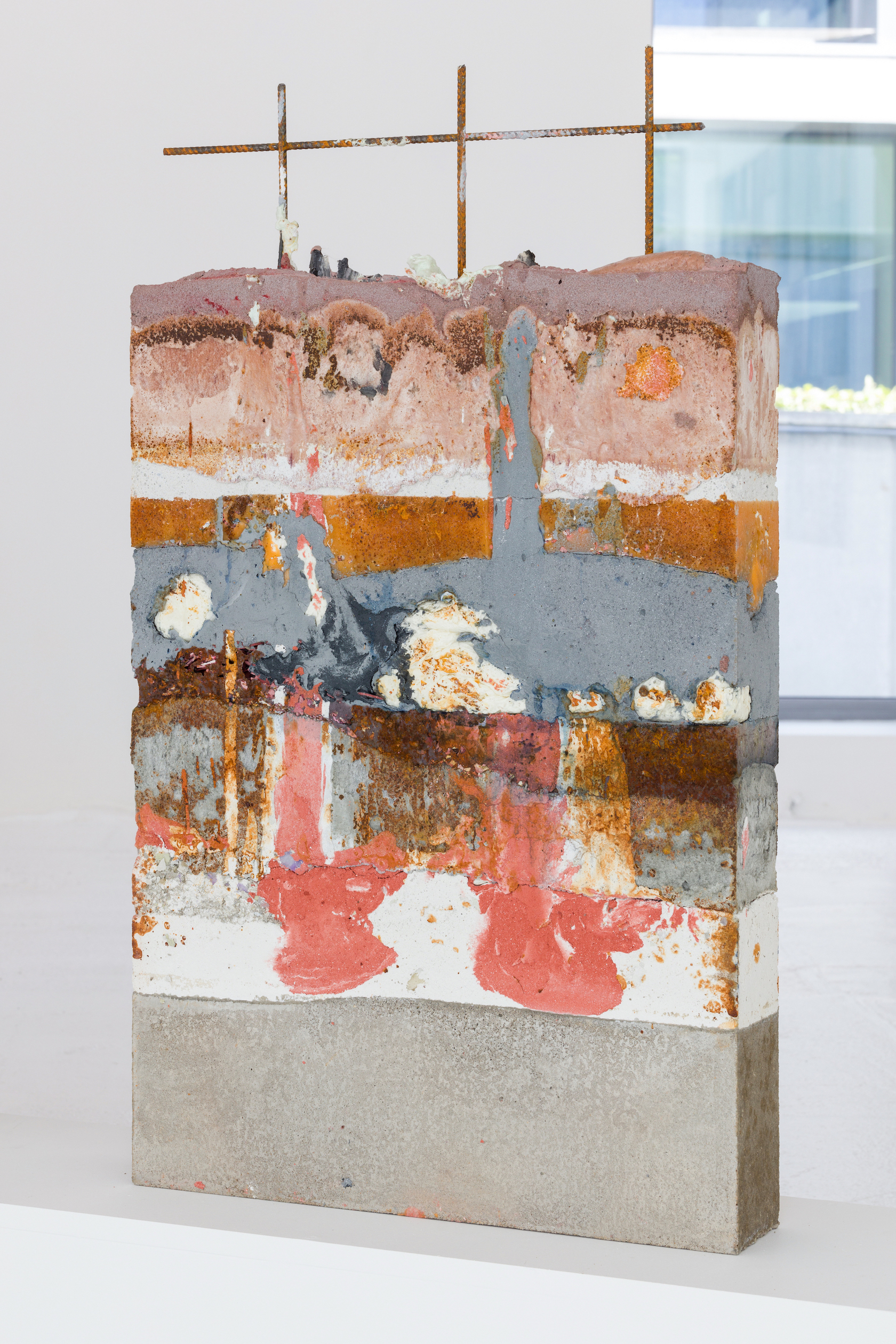 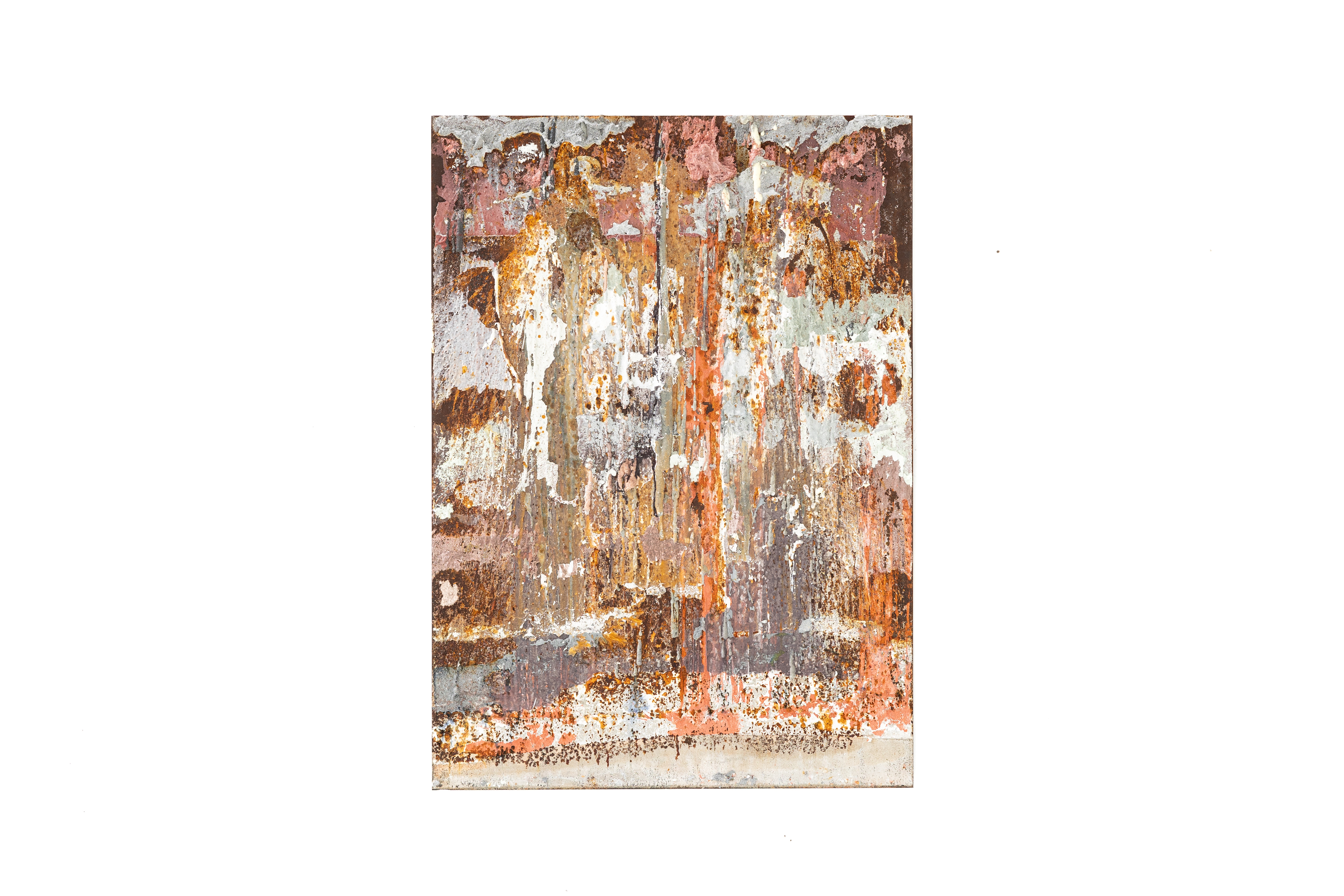 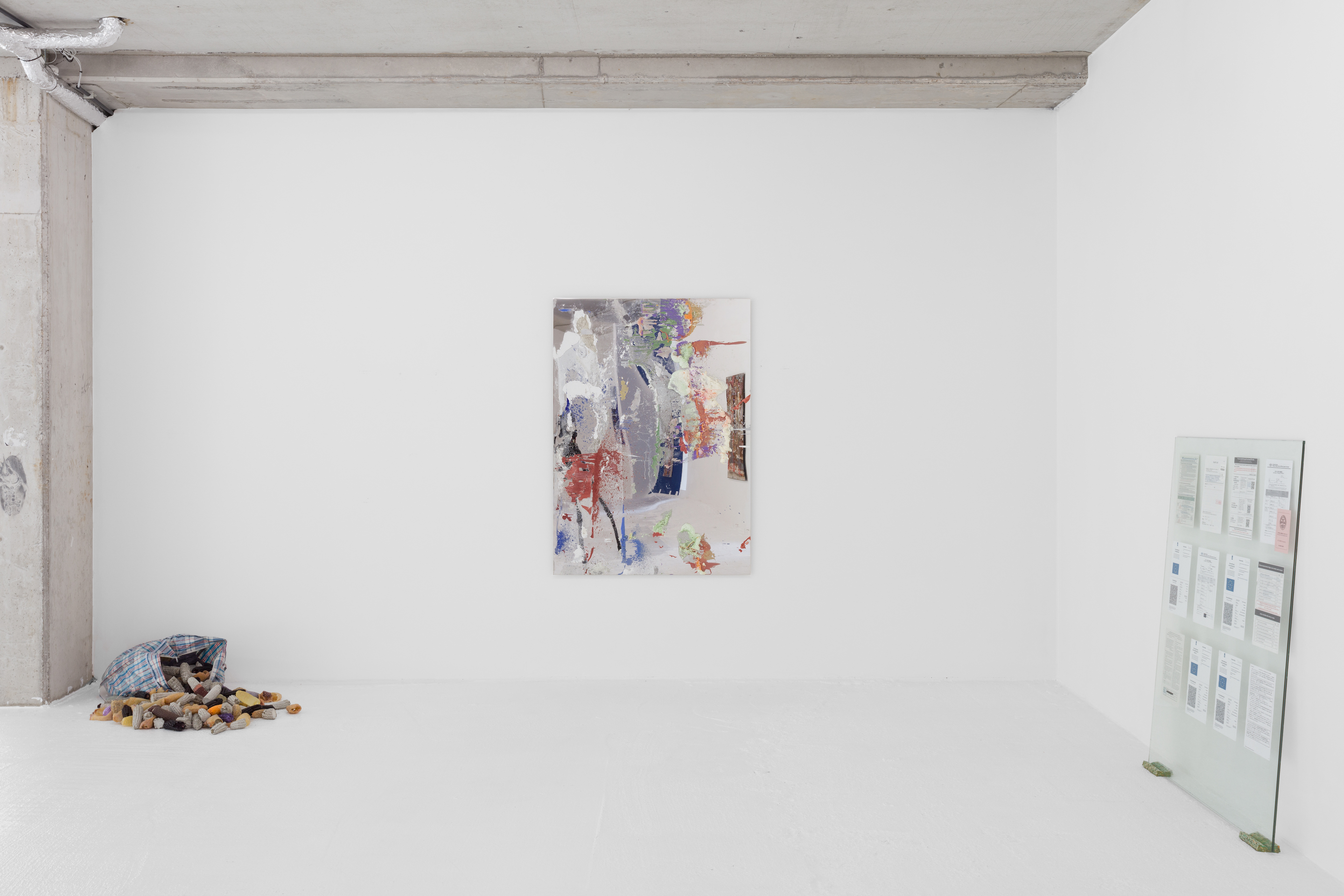 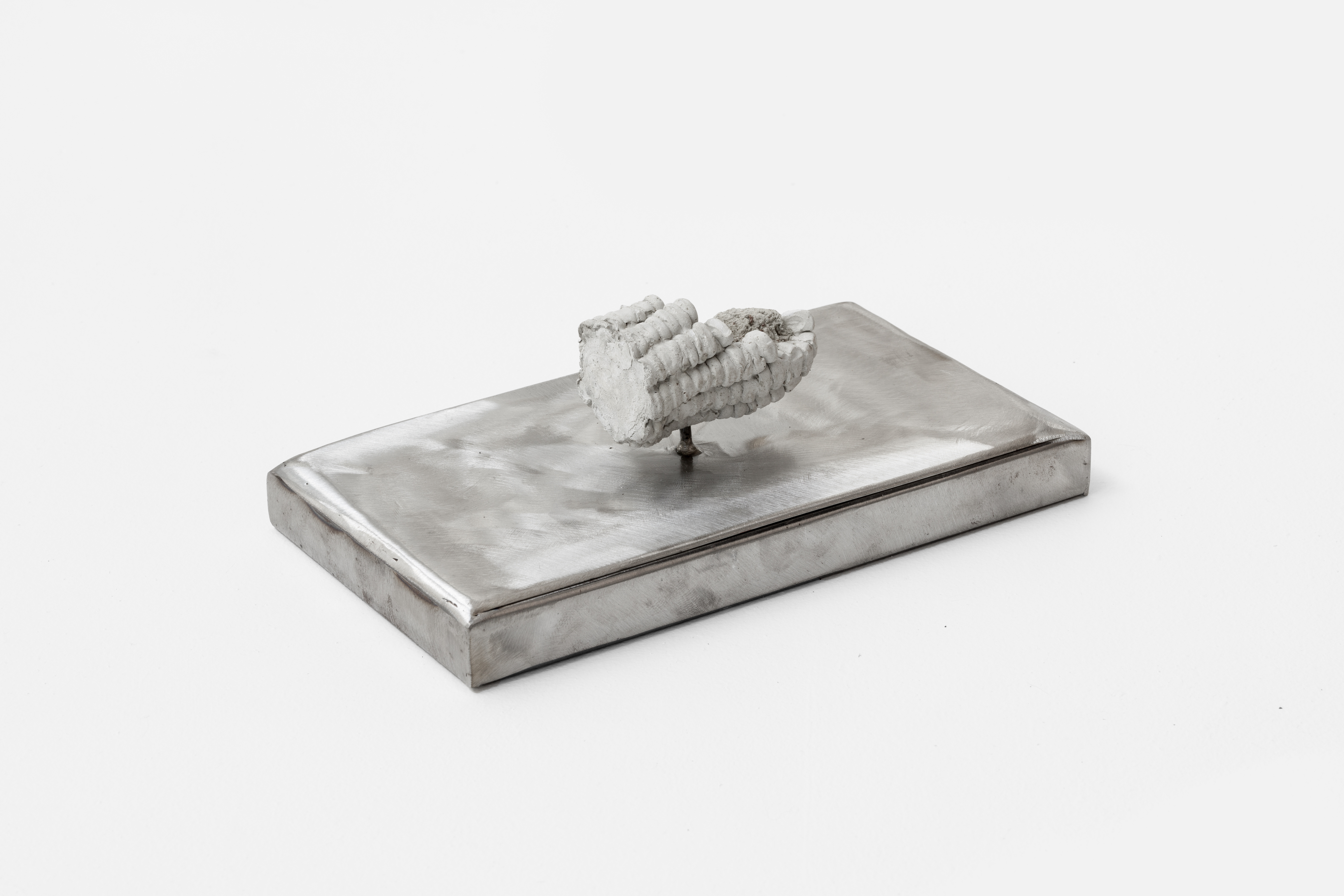 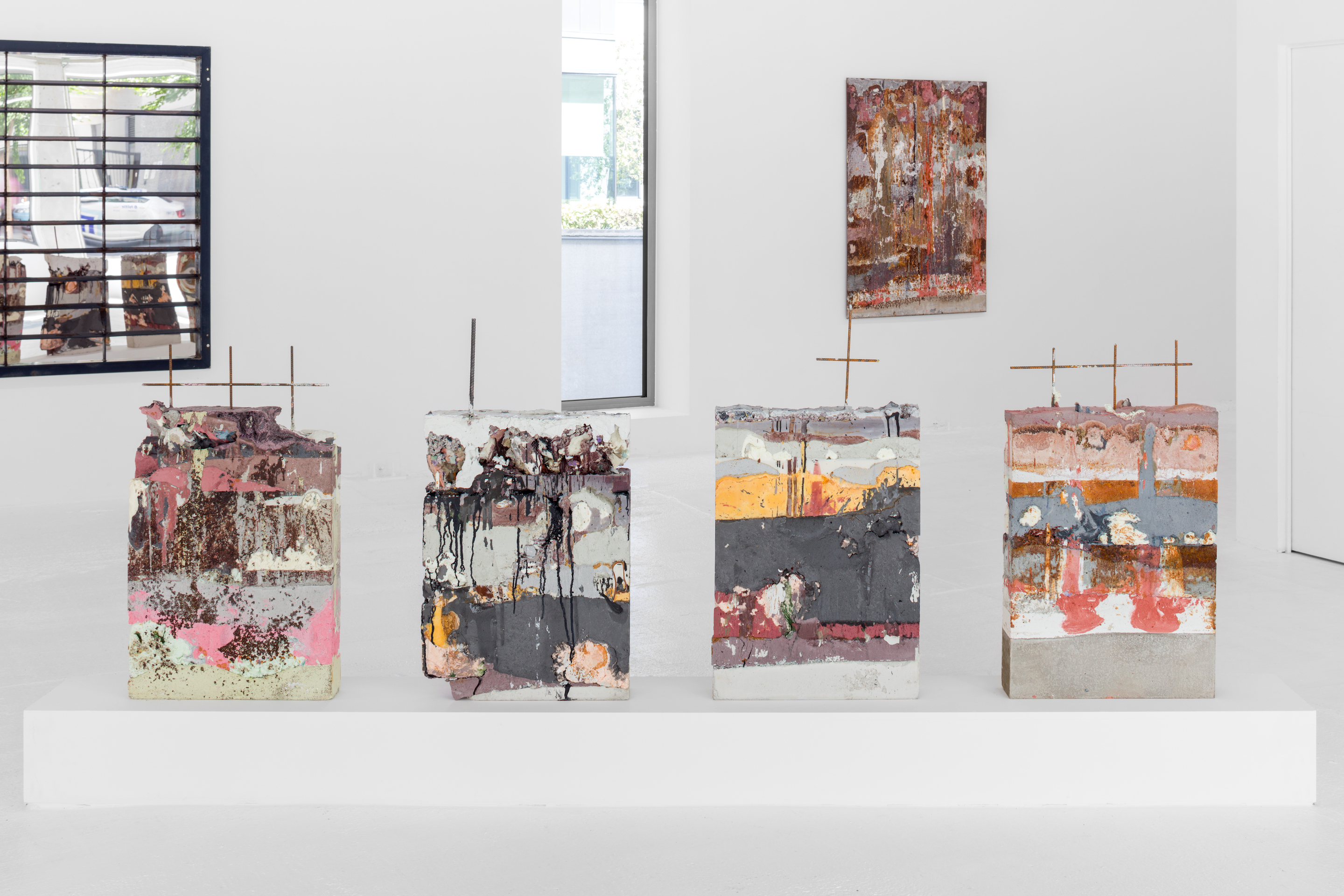 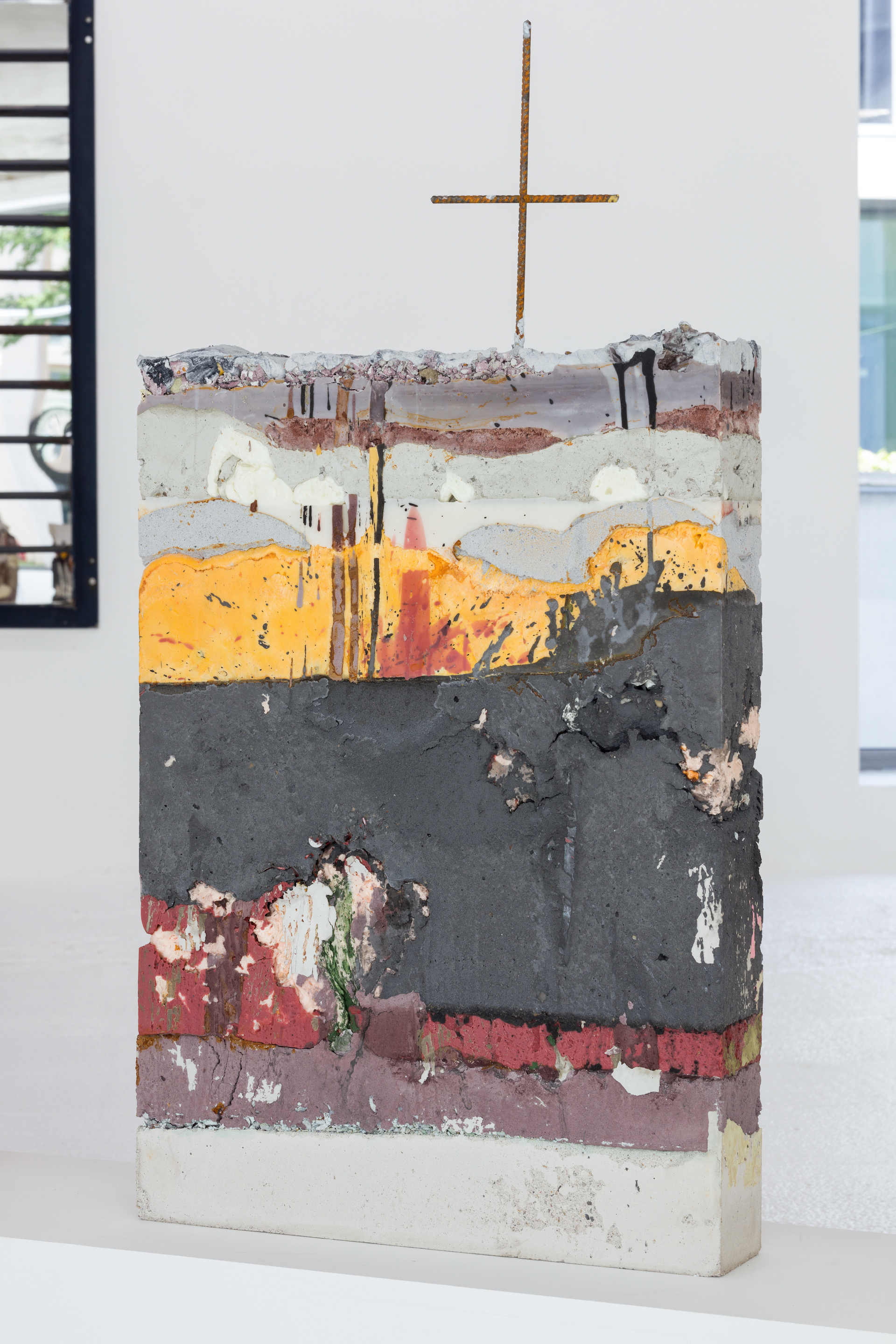