For my second show at the gallery, I decided to push the Puuuuuuuuuffffsss series further. This goop of work gets its name not only from its bulbous paint covered pillow stuffing balls but also from the name brand tissue boxes that filled the earlier version’s guts. The title has a stack of U’s and F’s and S’s to encourage the reader to elongate the pronunciation. Yet, I also need you to pronounce it with an inhale or exhale glottal fry and lower the pitch. Box fans, tissue boxes, broken chairs, door handles, grab bars, lemon squeezer, hand soap dispenser, taco holders, stained glass, children’s dioramas, grill brushes, a piano stool, and TV remotes are some of the cast I kick into a vat of Haim Steinbach taffy. 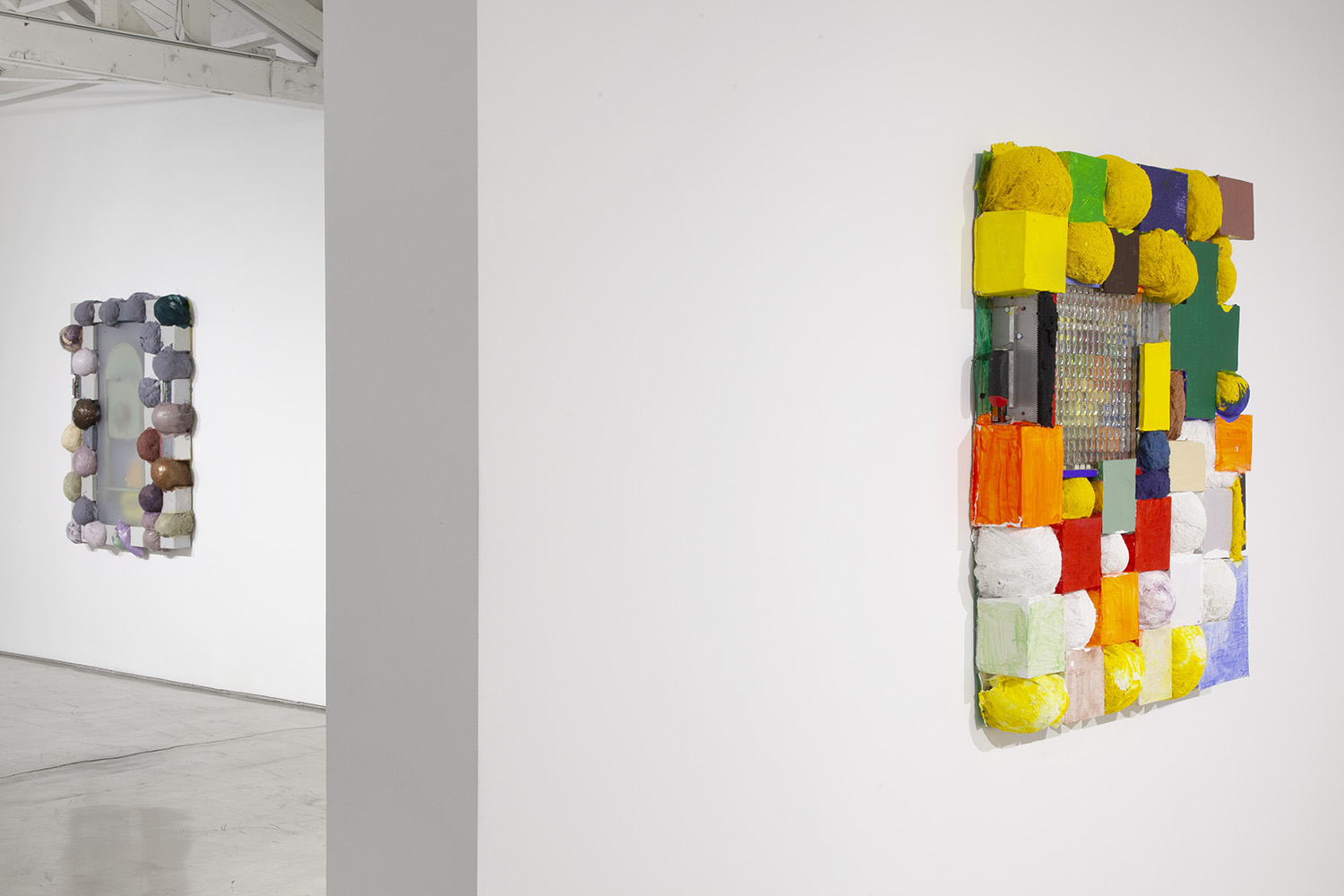 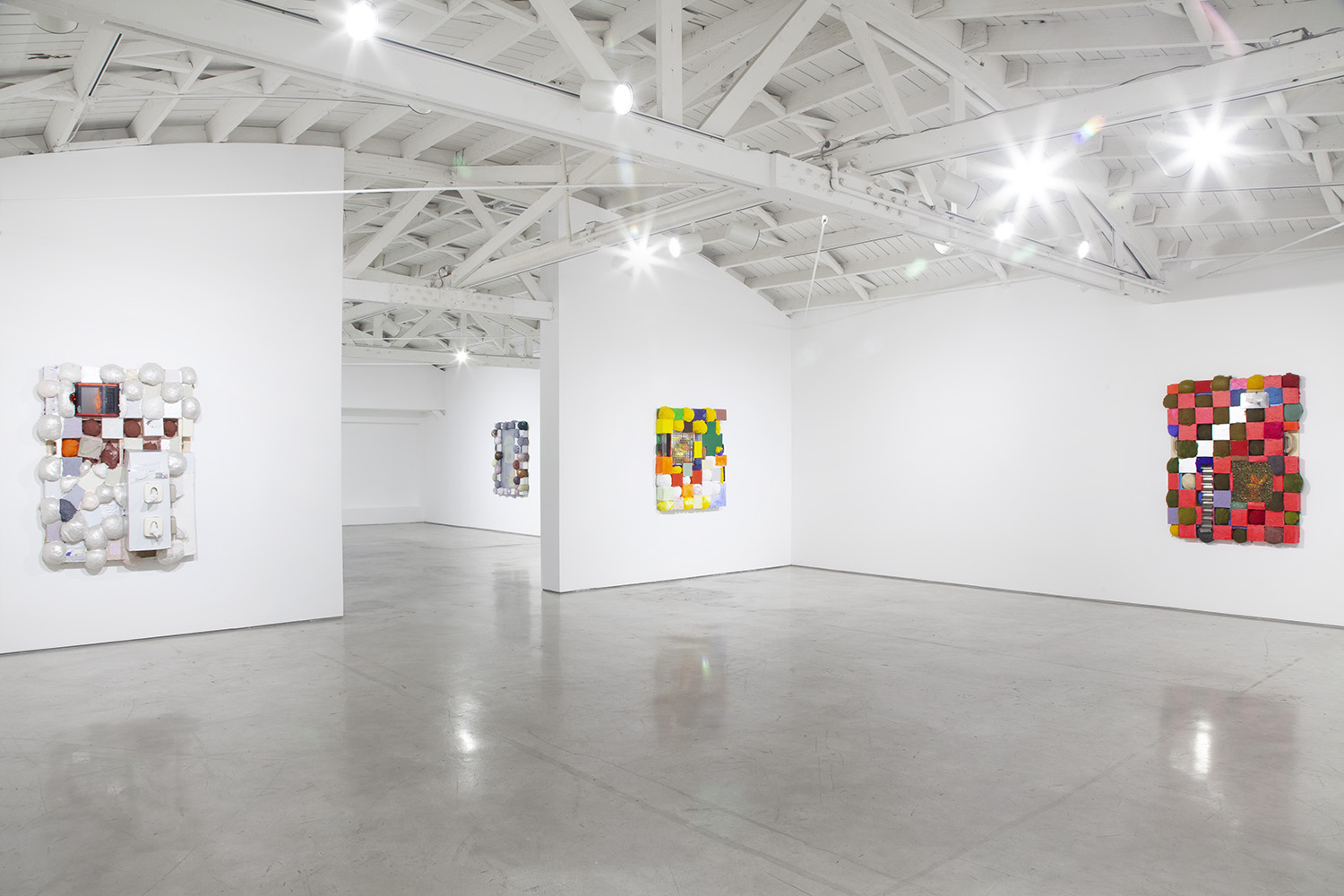 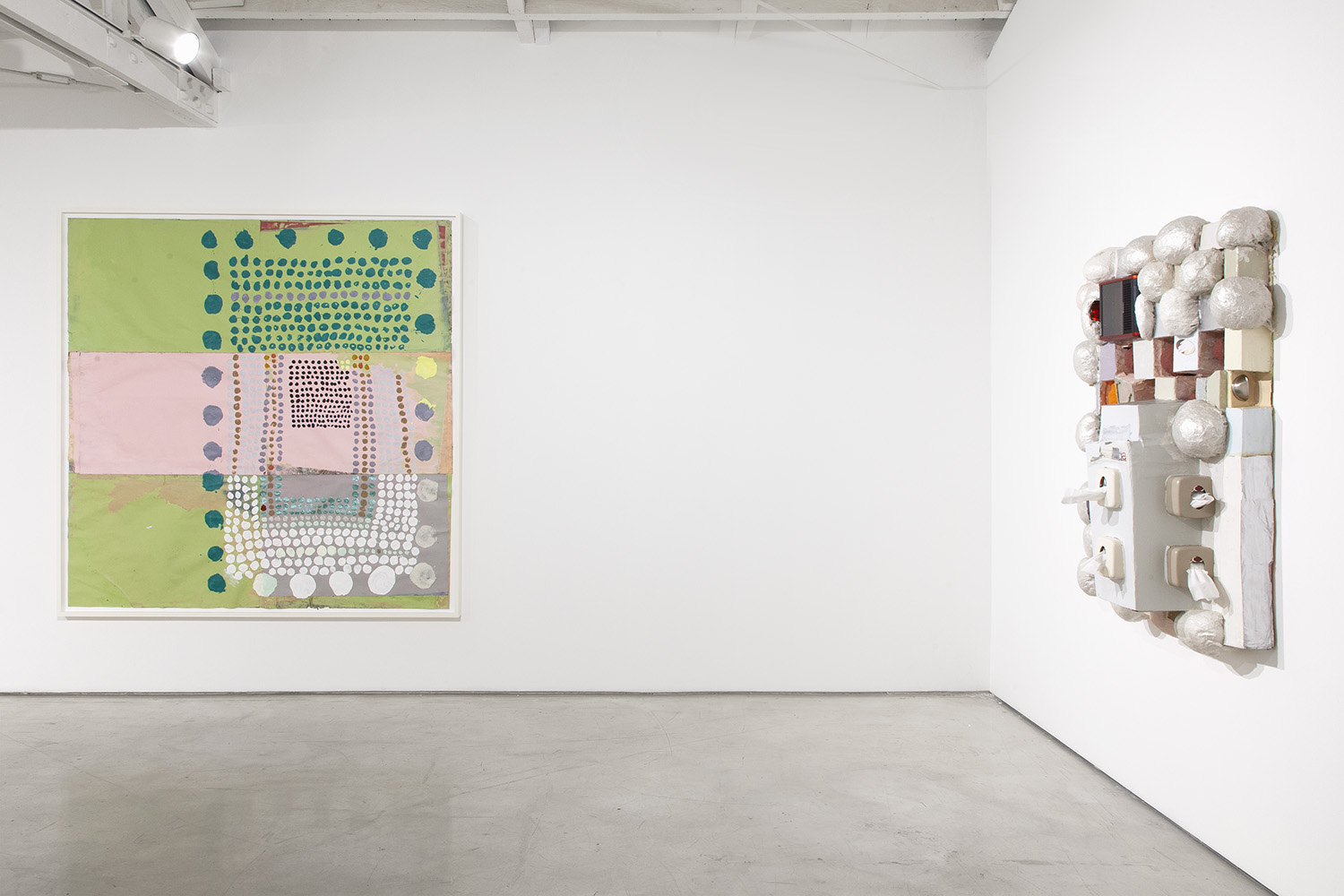 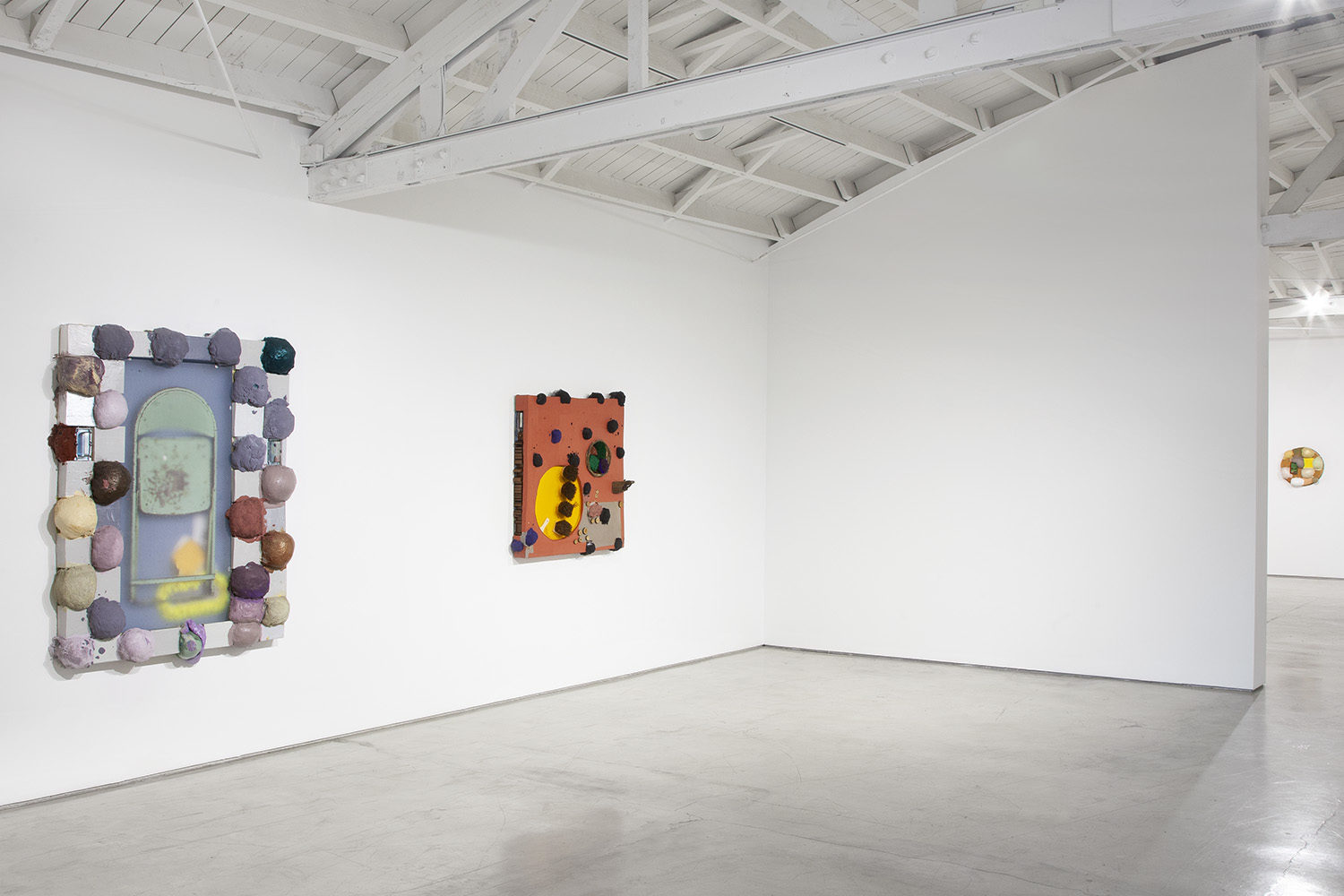 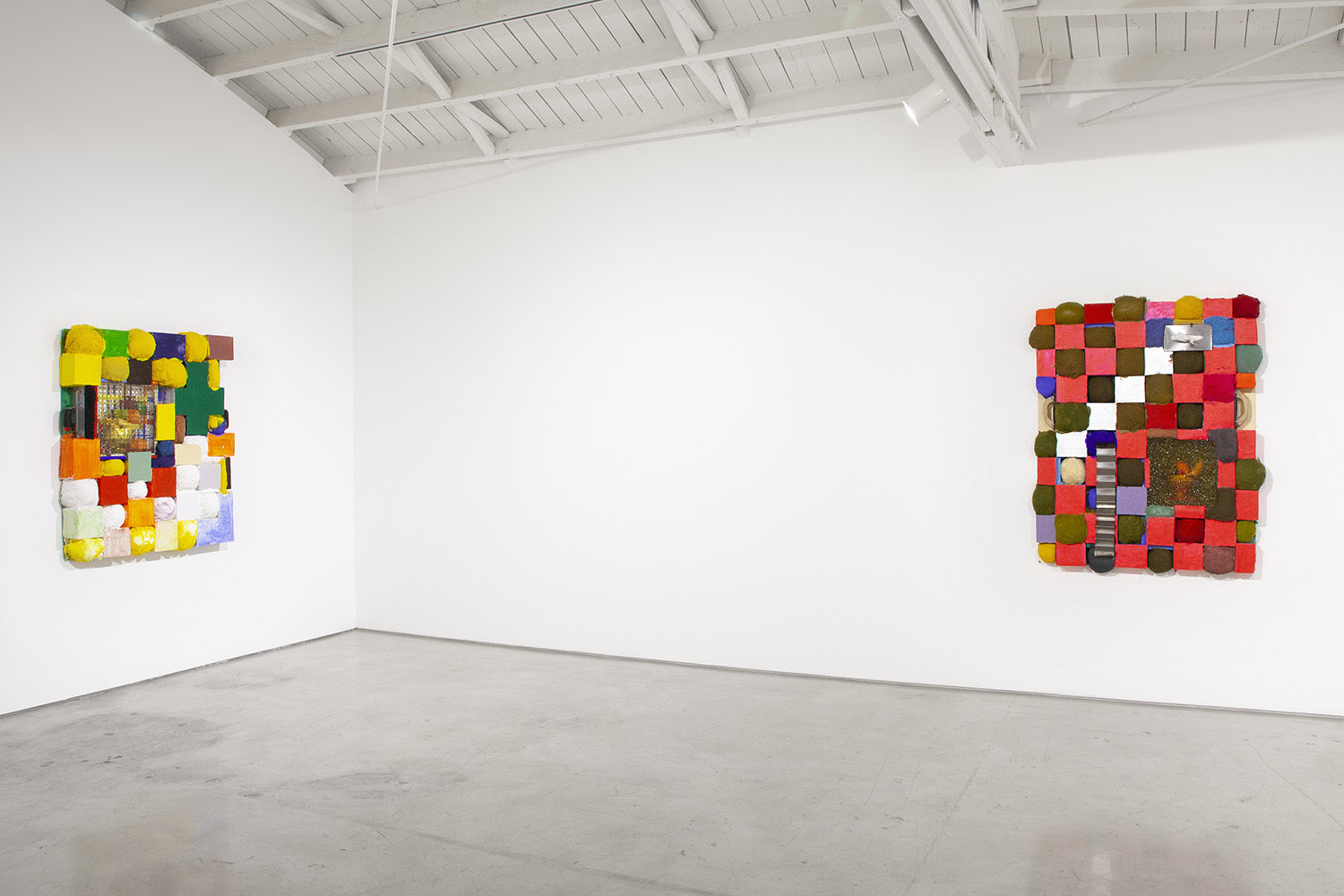