As art theorist Keti Chukhrov wrote: “Art withers away if it doesn’t take interest in what is beyond the limits of art.”

As the world recovered from violence and suffering into a brave new age, the post-war period of artistic development was characterised by exciting and innovative influences and articulations. Abstract expressionism extended the limits of expressionism, pop-art criticised accepted painterly traditions, surrealism and magic realism continued their suggestions of an alternative to the real, predictable world.

The idea that art ends is both a fatalist and one dimensional concept. To read into Jean-Luc Nancy’s assertion that “the ‘end of art’ is always the beginning of its plurality” is to understand that instead of dying, art splits, multiplies, transforms and repeats. The forces behind this are propelled not only by the self-questioning that art is always subject to, but by politics, societal shifts, technological advancement and new ways of understanding our existence.

‘What Now?’ is an exhibition that looks at the interrelational framework that holds together an ever complexifying dynamic between different artforms, and the role of painting as their pivot, their binding medium. In alignment with Nancy’s statement, it eschews ideas of conclusion or completion; instead it focuses on the murky, in-between spaces that exist when categories collide, when the recognisable of one starts to become subsumed into the abstract of the other.

The show retains a centre that rests on the human perspective, directly and abstractly, and plots a course from there out and across boundaries of familiarity and understanding. Driving this trajectory are artists who dare to break rules and exceed expectations, inside and outside of their genre. They exist on the leading edge of emerging contemporary art, an exciting group of individuals who fuse material innovation and conceptual alchemy with deepening inward philosophies and expanding lived experiences.

The selection of artists and works in this exhibition form a statement that examines the relevance of ‘the now’ in judging the development of art. It will reveal that its advancement is not a neat evolutionary frontier. Art will never end, nor will it eat itself; it will become ever more complex and daring. ‘What Now?’ brings together the visionary minds who have the awareness and poise to lead that process into the future.

'What Now?’ is a brand new annual exhibition presenting the work of some of tomorrow’s most exciting contemporary artists. This inaugural event brings together more than 40 international artists to explore the inspirations and innovations that guide and motivate their work.

The show holds traditional painting as a pivotal medium, but in recognising current trends and developments, its limits lie far beyond the painted canvas. Its scope expands into adjacent artforms and processes, always paying attention to history and tradition, and how they are recontextualised and updated in the present.

It draws upon PM/AM’s history of collaboration with some of the most talented artists globally, bringing established names together with those who are just starting to get noticed. Each exhibition in the series will include as part of its curation a number of graduates from key art schools, providing an opportunity to show work at a high level early on in their careers.

Rather than a one off exhibition, this activity launches a series of large scale group shows that PM/AM will return to annually. Each edition will provide an update in the development of today’s contemporary art, offering an opportunity to see the newest emerging talent sharing space with more established artists, side by side, in Central London.

As well as evolving the concept of the exhibition and further pushing its potential for expressing artistic development, operating as a series enables PM/AM to continue its dedication to exposing artists both nationally and on the world stage. In this and subsequent events the gallery will leave both a record and legacy of a time when contemporary art is enjoying a particularly vibrant peak.

Chicago born Umar Rashid earned his BA in Southern Illinois University before relocating to LA to further develop his practice. Umar’s works are insights into the Frenglish Empire, a fictional global power whose administrative authority over England, France, Australia, Turkey, India and the Caribbean is subject to various shifts in governance and territory. The work details an array of scenarios replete with the representative imagery, symbols, customs, everyday figures and leaders that one would Page 2 of 5

associate with a historic power of this magnitude. Umar has shown across the world in locations including Zetis MOCAA,Cape Town, Blum & Poe, Los Angeles and Half Gallery, New York.

Paul Anthony Smith creates paintings and unique picotage on pigment prints that explore the artist’s autobiography, as well as issues of identity within the African diaspora. Referencing both W.E.B. Du Bois’ concept of double consciousness and Franz Fanon’s theory of cultural confusions caused by colonialism, Smith alludes to diasporic rituals of adorning the body. Trained in ceramics, Smith uses sharp, hand-crafted wooden and metal tools to pick away at the surfaces of photographs he has taken, obscuring and altering his subjects. Smith’s practice celebrates the rich and complex histories of the post-colonial Caribbean and its people. Smith’s work has been shown at spaces including Jack Shaiman, New York, Smithsonian Institution, Washington D.C. and at Somerset House in London.

Okiki Akinfe’s work dissects the behavioural instincts of human beings with a significant focus on the ineffable magical notions of religion and spirituality. Her earthy, flowing paintings possess a sense of weight and reverence that only an artist deeply entwined with universal rumination can portray. Though keen not to point toward specific influences, the sense of drama and intensity in Okiki’s work alludes to the Old Masters and the more supernatural corner of mid-century surrealism. Born in 1999 and educated at the Royal Drawing School and Slade, Okiki is an exciting emerging talent.

Tanya Ling is an artist whose practice has seen her move beyond the art world and into the upper reaches of the fashion industry. Her background is in drawing and design, having studied at Central Saint Martins before working in Paris for Christian Lacroix. Through exhibiting drawings in the nineties she attracted the attention of British Vogue, which led to collaborations with some of the world’s biggest fashion brands and eventually the launch of her own collection. The complex and fluid nature of her work echoes the movement of figures and clothing, and as an artist she has achieved highly, with a sizeable body of work acquired by the V&A and exhibitions at locations including Newport Street Gallery.

Joseph Baraka’s early artistic activities took inspiration from cartoons and magazine images he saw whilst growing up in Kenya. A self-taught artist, Joseph’s style developed during the growth of social media, and as such heavily features people directly addressing the viewer. These figures appear full of personality, often accompanied by an animal companion and various accessories, and painted in vibrant, meticulously balanced expressions of colour and energetic movement. These elements portray a touching humour and openness that characterise Joseph’s work and lend it a particularly intoxicating atmosphere. Joseph has exhibited at Art Basel Miami with Superzoom and was included in Ballon Rouge’s Black History Month presentation in Brussels. With a busy year of international appearances ahead the artist is one to watch.

Warm, inviting and not entirely plausible spaces occupy JJ Manford’s canvases, heady scenes that appear to thrive in the absence of the human beings that we assume have Page 3 of 5

constructed them. Colour and texture play an important part in these works, the results of a process that accentuates the appearance and depth of perceived material surfaces. On studied inspection of the paintings, various peculiarities reveal themselves, for instance the placement of culturally recognisable imagery, and the unnerving sensation of confusing interior and exterior space. Since earning an MFA in painting at Hunter College in 2013, JJ has appeared at a number of galleries, project spaces and art centres across the US and internationally.

British artist Alfie Caine produces work that links closely to his architectural background, focusing on imagined interior spaces and their intersections with the outside world. The level of detail bringing to life textiles, plants and construction materials sits within a hazy, dream-like atmosphere, lending the scenes a transient, liminal quality. In merging familiar domestic and residential scenes with these qualities, Caine encourages the viewer to find the ethereal in the everyday.

Though Caine holds a BA in architecture from the University of Cambridge, his painting has won him multiple awards including the Purcell Prize for exceptional drawing and representational ability. His debut solo show at London’s Union Gallery in 2021 was a sell out success.

Kate Pincus-Whitney’s work draws upon a long history of food as a point of focus in art, centralising it as a symbol of love, security and comfort. Her paintings are vividly colourful, displaying various foods, drinks, plants and associated objects densely packed onto the canvas. The absence of human beings gives the work an almost mystical quality, yet their presence is felt through discarded magazines, newspapers and other items that one can imagine have been recently discarded. The ways food can hold significance politically, emotionally and culturally are examined and ultimately celebrated in work that reveals itself in layers the more you spend the time considering it.

Kate holds an MFA in painting from Rhode Island School of Design and has been exhibited at spaces including The Pit, Palm Springs, Taymour Grahne, London and Blum & Poe in LA.

Pam Evelyn’s process treads a line between figurative and abstract painting, deftly avoiding falling too far into either. The work that emerges possesses an expressive honestly, as much a record of the artist’s conceptual intention as the physicality of the painting procedure itself. In this we find mechanisms by which the meaning of a painting becomes entwined with its character as an imperfect physical object created by a human hand. Looking into the work further peels back superficial veils to expose that at its heart the nature of humans and our existence is indeed where Pam’s painting lies.

Born in Guildford and living in London, Pam’s studies have taken her to both Slade and the Royal College of Art. Among the galleries who have exhibited her are Peres Projects, Berlin, Baert Gallery, LA, Karst in Plymouth and The Approach, London.

PM/AM is a contemporary art gallery repositioned to reflect how we engage with art today. The gallery acts as a conduit outside of traditional models, connecting artists to audiences of curators, institutions, writers, collectors and art lovers. The gallery’s core program delivers a range of exhibitions, events, and engagement on and offline–promoting a curated selection of emerging and underrepresented contemporary art. Existing between project space, art advisory, and online platform, PM/AM’s online presence forms the foundation of its community. 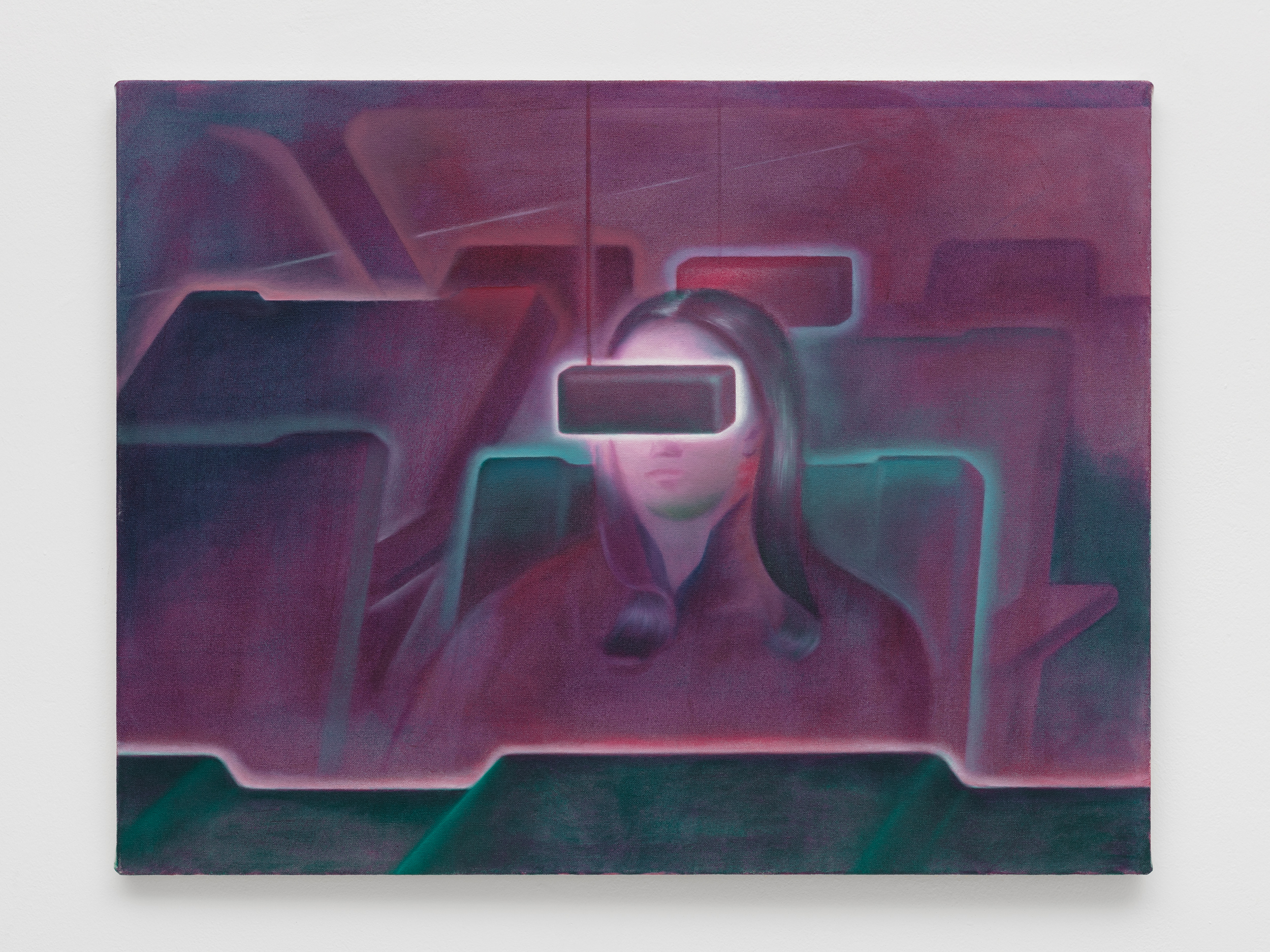 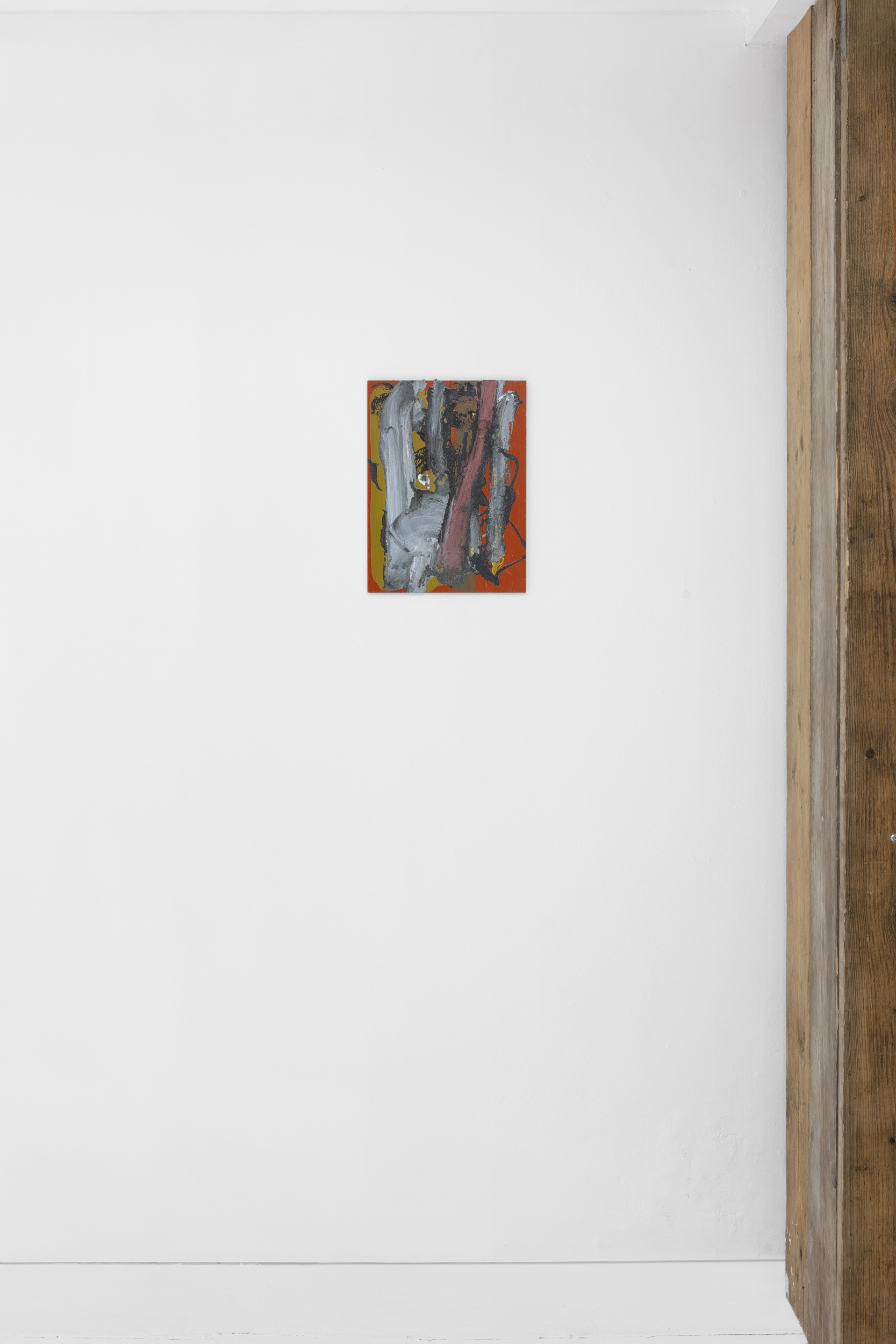 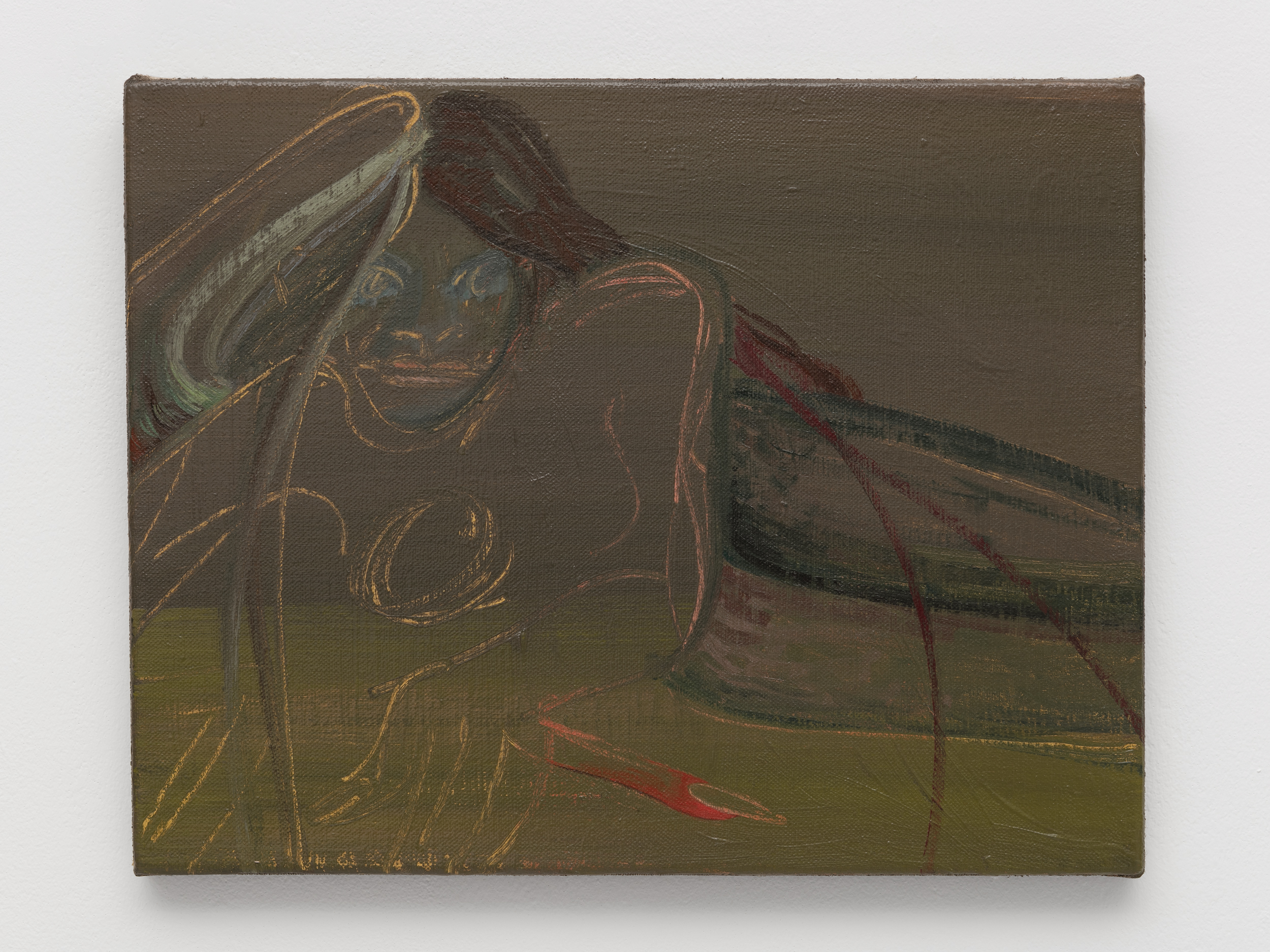 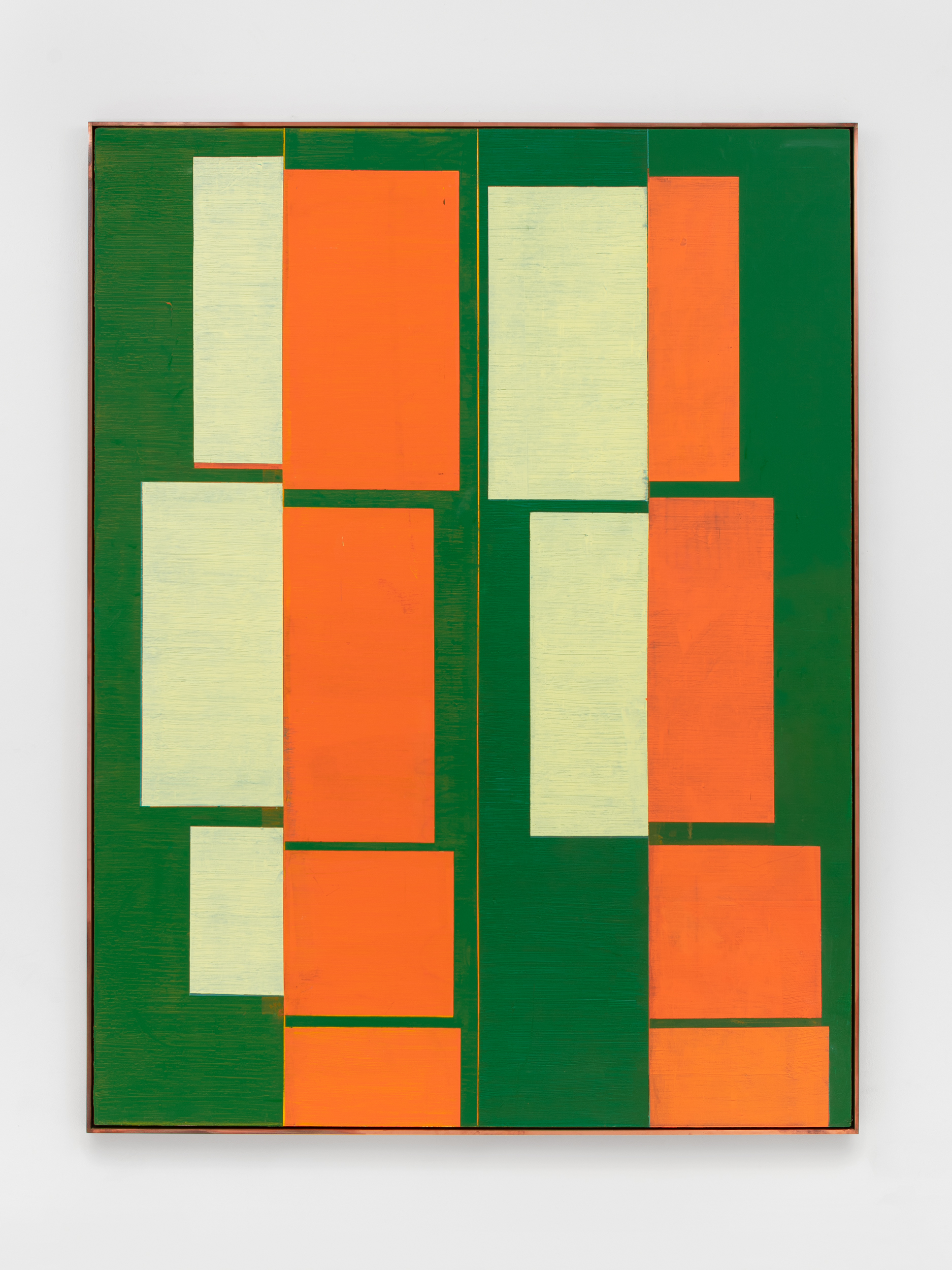 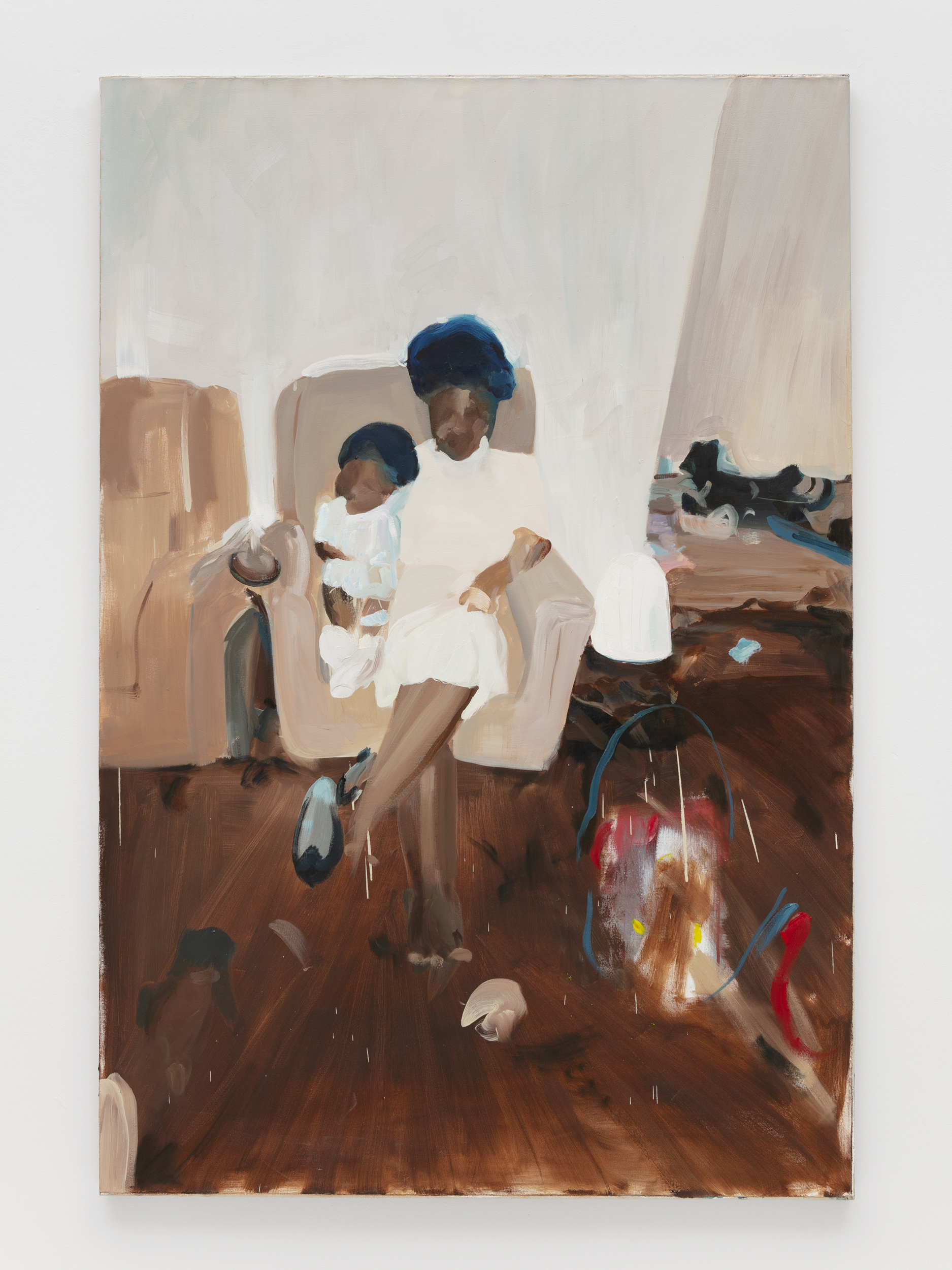 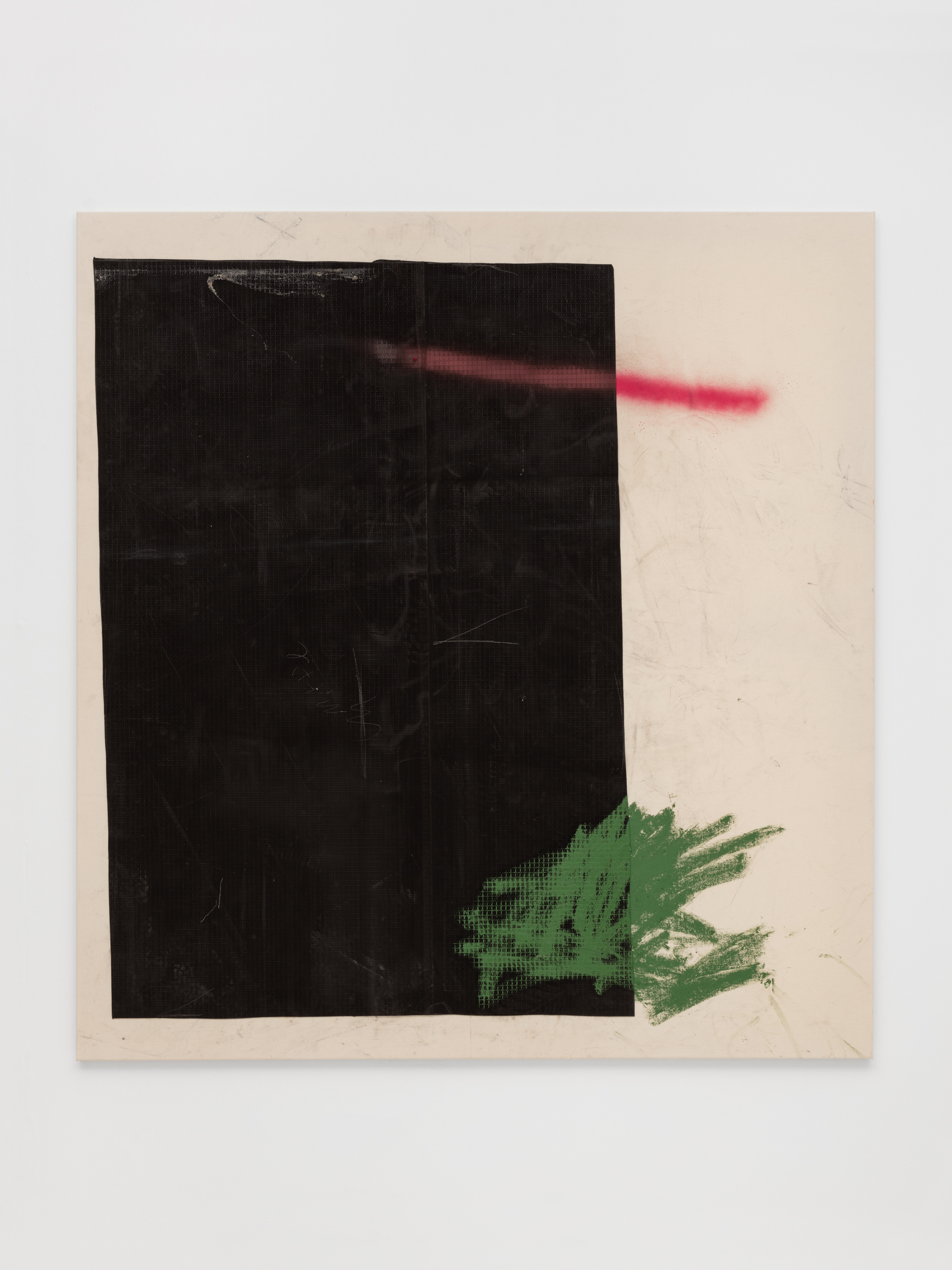 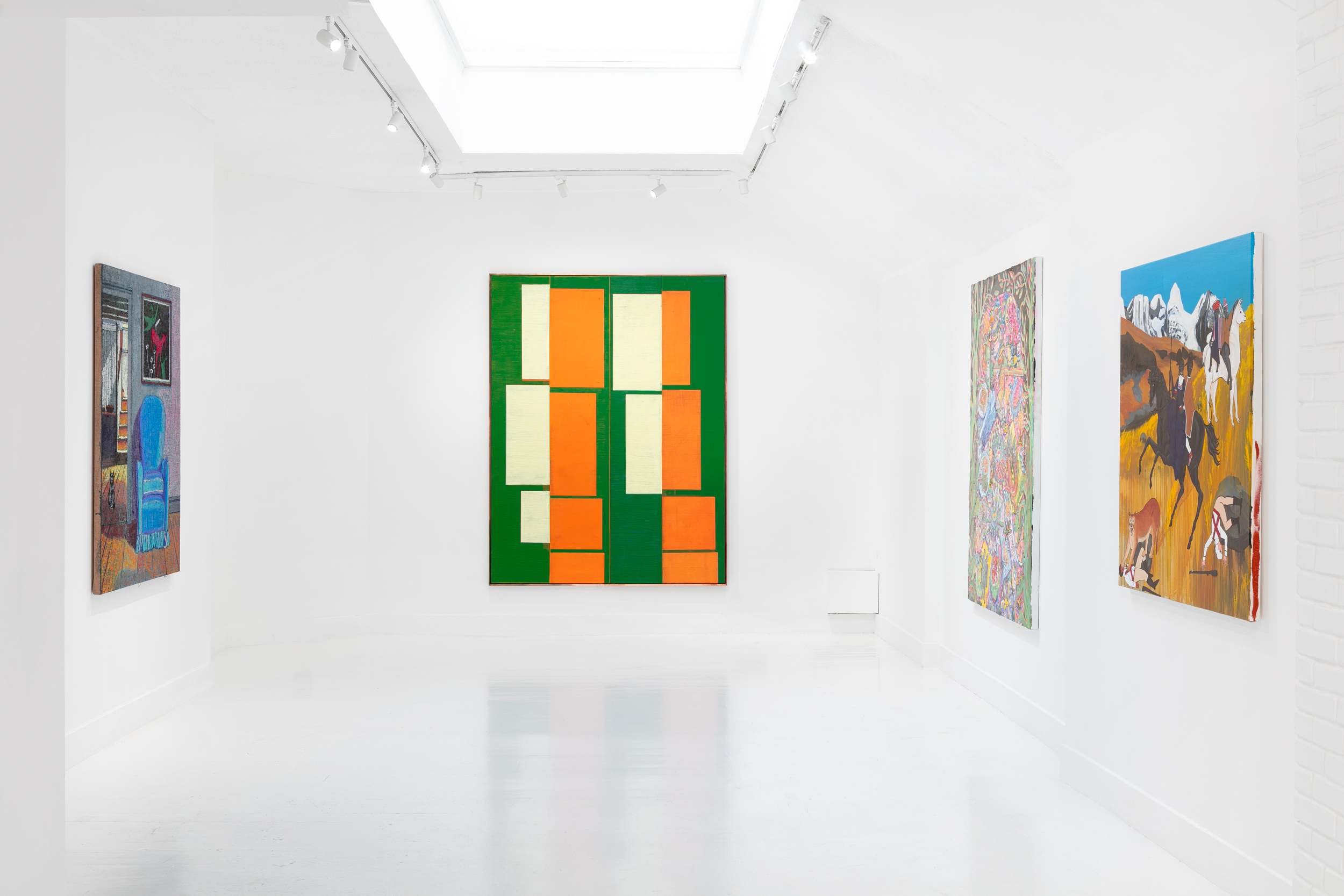 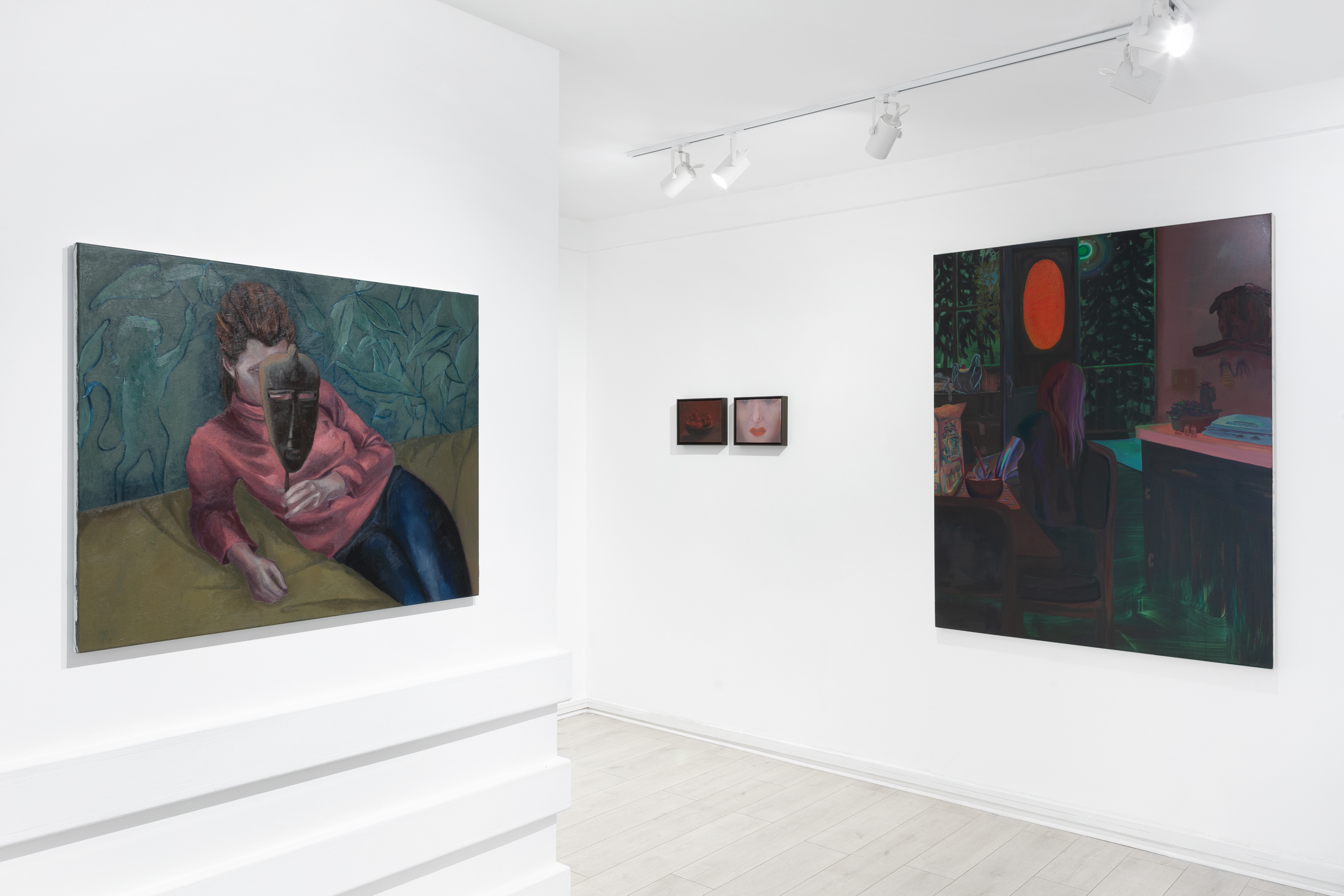