A woman stands naked by her bed, soft sloping brush strokes composing her figure as she looks out of the window at the face of the moon. In The View over St Erth, the bedroom wall and the night sky merge into a single plane. Influenced by the moon she saw rising over the crashing waves in Cornwall (where the village of St Erth is located), Critchlow’s painted moon expresses a kind of soft masculinity: a male face occupying the feminine realm of the figure’s bedroom and of the moon, with its feminine associations. For me, it is in these slightly surreal, gently uneasy paintings that Critchlow is at her best.

Her imagined figures nearly always pose alone, performing for the artist if not for the viewer. In Yellow Dress, a glamorous woman has undone her silky garment to expose her breasts, one of which occupies the centre of the painting, holding your gaze like a big eye. She poses with her eyes closed and yet she remains firmly in control, the perspective meaning we are looking up at her. Many of Critchlow’s paintings have comically large breasts; in previous works some have barely been contained by tiny bikinis, while others have had rubber-bullet nipples bursting through their fabric constraints. Her chesty women started out as a pointed rebellion against the sanitised nudity of life drawing workshops at the Royal Drawing School where she trained. Drawing from her imagination became a way to exaggerate the bodies of her figures and to have a bit of fun. I get the sense that she is a bit tired of talking about boobs, and she is quick to point out that the figures in the show have breasts of different dimensions.

Critchlow has long embraced her desire to challenge unspoken rules that dictate how to make art and what art should depict. As a child, she encountered racist images online that played on the trope of black people, specifically African Americans, liking watermelons. Instead of shying away from watermelons as complicated and potentially offensive imagery, she decided she wanted to play with it in her art. The same undercurrent can be found in her approach to nudity; Critchlow feels that some people are a bit scared of the overt sexuality her painted women exhibit. “Maybe I’m a bit perverse,” Critchlow told me. “I enjoy the idea of making people feel a bit uncomfortable.”

One of my favourite things about Critchlow’s work is the way she expresses the colour brown. Growing up, I felt like brown was an ugly colour. It was the colour of mud, of shit, and of drab decor. To say she’s ‘reclaiming’ brown is too simple; it’s nothing as sharp and punchy as that. She’s seducing you with it. The way Critchlow uses the natural pigments of raw umber, ochre and sienna results in something soft and dusky, warm and smoky. These browns come from the Earth and connect us back to it. Her colour palette creates the uneasy language of the exhibition’s title, Afternoon’s Darkness: something between the cosy feeling of winter nights drawing in and the disquiet of a summer’s day curtailed by a brewing storm. 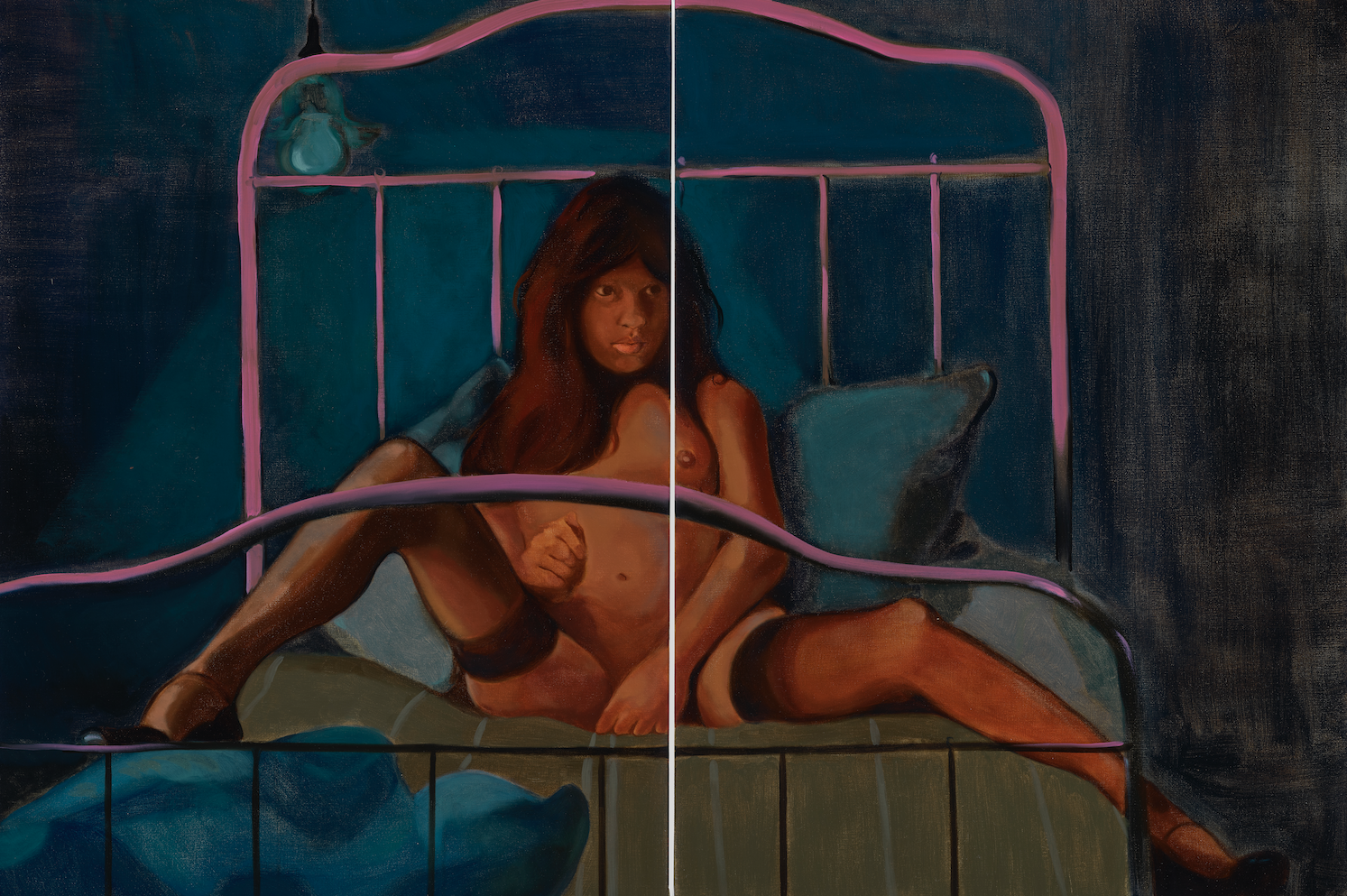 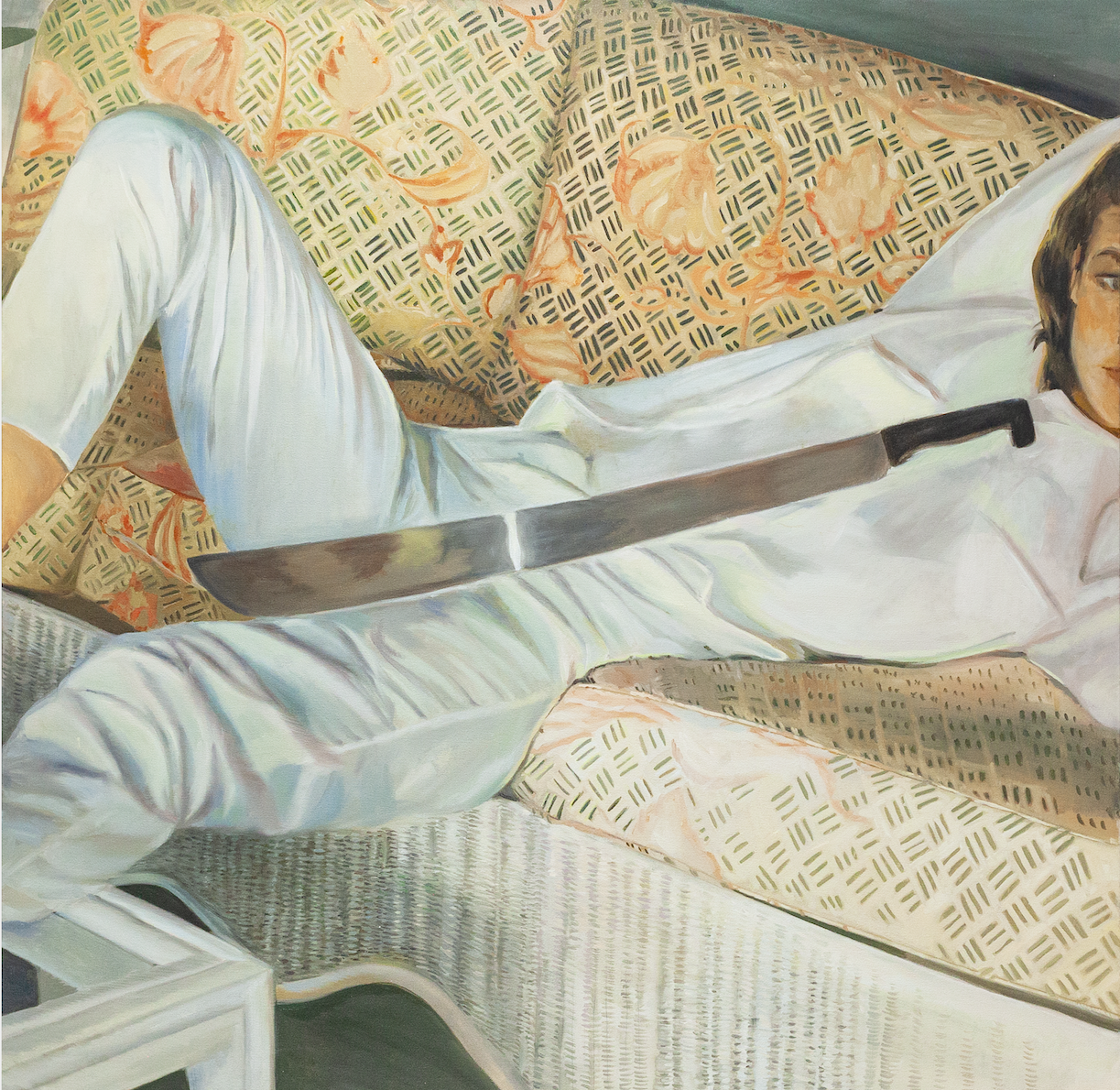